Been tied up at work, so just now reading this. Congrats on a great trip with your father and some great trophies!!

Seems like you had a great trip. Good news that you got your bow back. I wondered if it would show up or not. Smoking at the table would not go over well with me either..... Bruce

Thanks for the report, I especially liked your response of what could have been better, many gloss over that part of a report.
Bowhunter addict

Ridgewalker said:
DoubleLunger, thanks to you and your dad for taking the time to write your reports for us. It was so enjoyable to get to experience it through your eyes!
Click to expand...

You’re certainly welcome. Thanks for reading and most of all thanks for enjoying our reports. I wish I could go in more detail but then I would have to quit my job and stop hunting as it would take so much time to include every detail of such an enjoyable trip

cagkt3 said:
Been tied up at work, so just now reading this. Congrats on a great trip with your father and some great trophies!!
Click to expand...

Thank you Cag. It was the trip of a lifetime

looked forward to reading your report reads like you had a good time. having hunted with Philip last year it brought back all those memories of my trip. and built the anticipation for my return next year this time taking both my children along for the experience.

Dudders said:
looked forward to reading your report reads like you had a good time. having hunted with Philip last year it brought back all those memories of my trip. and built the anticipation for my return next year this time taking both my children along for the experience.
Click to expand...

It’s definitely good that others have not only experienced a very similar adventure yet they are reminded of the excitement they had as we all read each other’s reports. It is with out a doubt in my mind that you and your children will have a great time such as I did

DoubleLunger said:
Day 8 of hunting
​
As planned we traveled to the Kalahari yet stopping at a small outdoor flea market and the taxidermy along the way. A few gifts were picked up for our wives after negotiating with the eager merchants that were trying their best to get every dollar out of us.

Then, on to the taxidermist. Trophaendienste Taxidermy was the name of the company. It seemed like a rather large operation with a series of warehouses combined with a couple of show rooms, a large unique gift shop with a coffee bar, and a few small offices. I was very impressed. Their work looked really good and the customer service was on spot. If I had even the smallest question as to what something would look like then it was shown to me as they seemed to have every type of mount in their shop that I could think of. They had just about any different angle of shoulder mount that any hunter would want in his trophy room as well as full mounts, chairs, ottomans, etc. If I ever were to win the lottery than I would go shopping for furniture right here. That is of course, should my loving wife allow it.

After leaving our skulls and hides with the taxidermist we were off to the Kalahari stopping at a small store along the way to pick up a fair amount of billtong to snack on while enroute.

After a couple hours of driving we arrived at the Okambara Lodge. It was unique in the sense that it looked like a castle from the outside. The inside was nice and well kept just like any other nice hotel or resort. My father and Dale had their own nice rooms with private balcony, bathroom, etc. My room on the other hand, not so much. My room was certainly not a dump by any means as I have definitely slept in worse. My sleeping quarters was one of a few dorm like rooms which were also lived in by the younger staff that worked at the lodge. It had a separate bathroom shared by myself and two others. My quarters were not cleaned daily nor was there a regular laundry service. But then again I was here to hunt and support my father's attempts in taking an Eland. Not to be pampered.

My father hunted with Philip that afternoon as I went in a separate truck with two trackers. One named Marios and the other named Eric. They were friendly yet did not have the same skill set of a PH. Getting within gun range of an Oryx or Impala seemed to be difficult for them. Yet we did see plenty of wildlife such as elephant and giraffe.

Eventually I told Marios that only two of us should set out on foot during our next walk and stalk. And that we did as soon as we spotted two young Gemsbok. Marios kept wanting to follow directly behind the animals as they kept walking directly away from us. I suggested we travel more to the left of the Gemsbok in better hopes of a flank shot. And sure enough, it paid off. Soon after loading up the Gemsbok the trackers let me play with the radio. I reported our harvest to Philip and he reported back that my father had taken his eland. He made me feel not happy but fortunate for my dad and I to be here in the Kalahari and taking game.


Day 9 of hunting
​
After breakfast we headed out to a blind over looking a water hole in an attempt to take some impala. We saw plenty of game but not what we were hoping for.

We hunted again that evening in separate trucks and saw plenty of game yet no animals were taken.

Khomas Highland Hunting Safaris said:
Your invitation letter is in the press! Time to come hunting again ;-). Thank you for sharing your Experience!
Click to expand...

You’re very welcome and thank you for such an excellent adventure. I’ll be saving up for the next one!

And thanks for going along with Dale and myself.
Did we have a big time or what!

And thanks for going along with Dale and myself.
Did we have a big time or what!

Best trip I’ve ever been on!

Just received a pic of some of my trophies from the taxidermy. The hides are not included in the pic as I was told are “inaccessible as they are locked up for safe keeping”

Can’t wait to receive them! 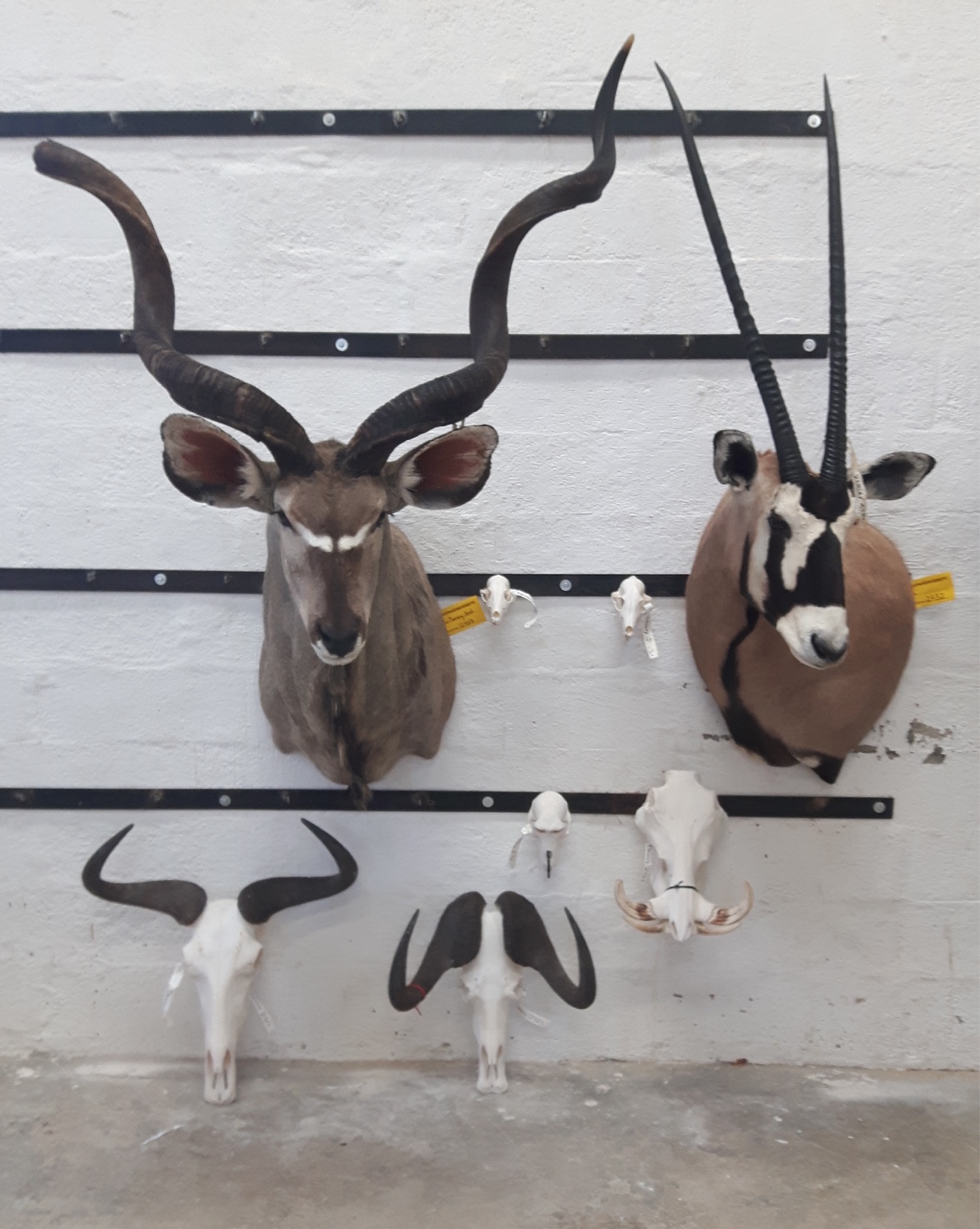 Sitting at OR Tambo just left Khomas Highland this morning......lots of game. Great time....just received my mounts in late June. You should have everything delivered within the month. Looks great

Areaonereal said:
Sitting at OR Tambo just left Khomas Highland this morning......lots of game. Great time....just received my mounts in late June. You should have everything delivered within the month. Looks great
Click to expand...

Excellent! I’m sure you had just as good of a time as we did. Did you use the same taxidermist? If so how about some pics?

If not then no worries my friend

DoubleLunger said:
Excellent! I’m sure you had just as good of a time as we did. Did you use the same taxidermist? If so how about some pics?

If not then no worries my friend
Click to expand...

What taxidermist did you use?
Bowhunter addict

Management hunt...too many mounts now....spent a great time with friends and had a successfull hunt over 14 days.
J

Hunted with them in 2019 was going back 2020 but shut down. Amazing hunt and Outfitter, there were 4 members in our party and they treated us like family. The amount of game was unreal, and 4 were record book quality. We have 7 scheduled for a hunt in May of this year, I'm taking my youngest Son this time. Congratulations on your hunt.
You must log in or register to reply here.

3
NAMIBIA: Has Anyone Hunted With Khomas Highland Hunting?