What Can brighten up a wet Friday 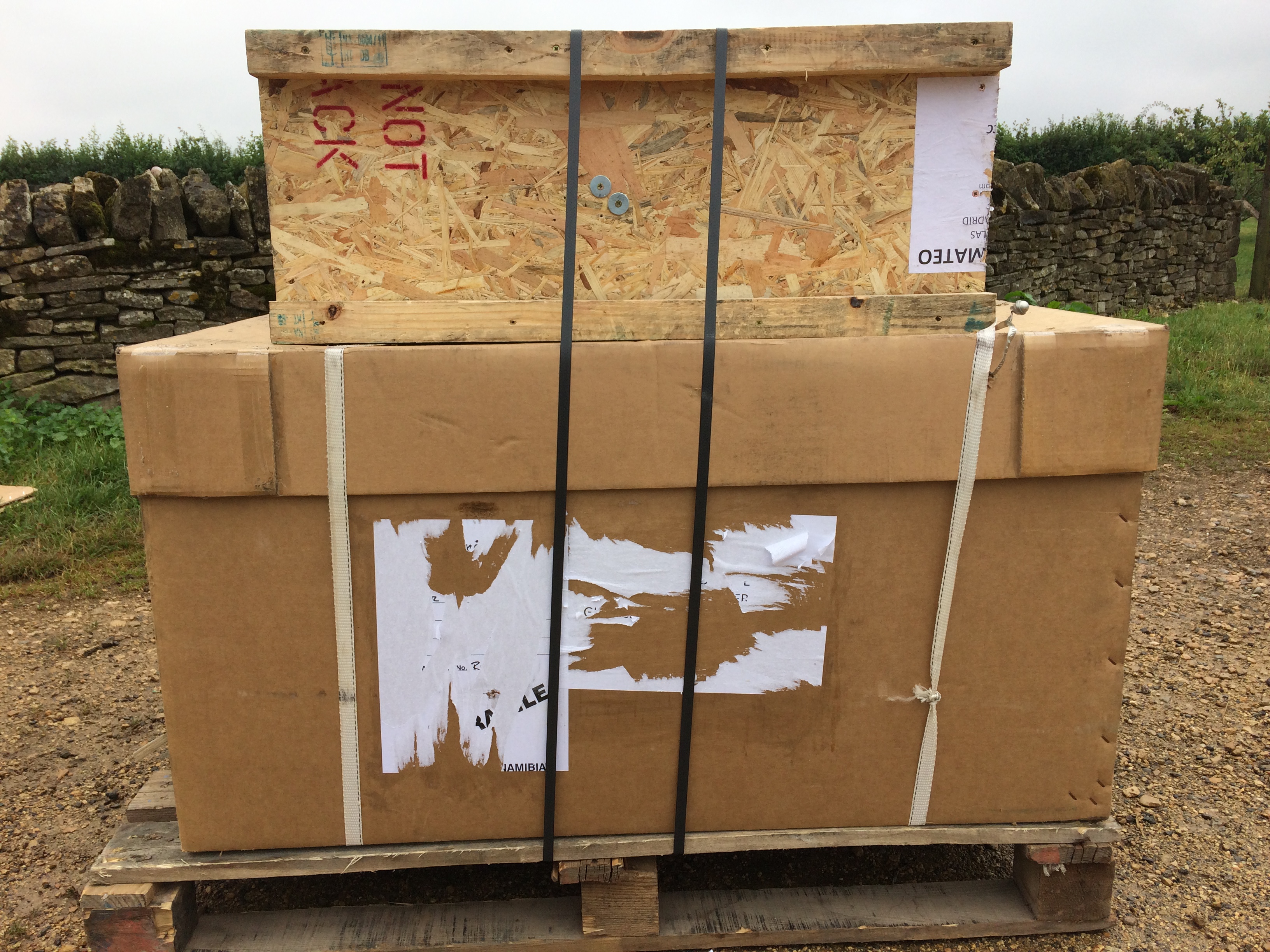 Three trips worth of trophies. 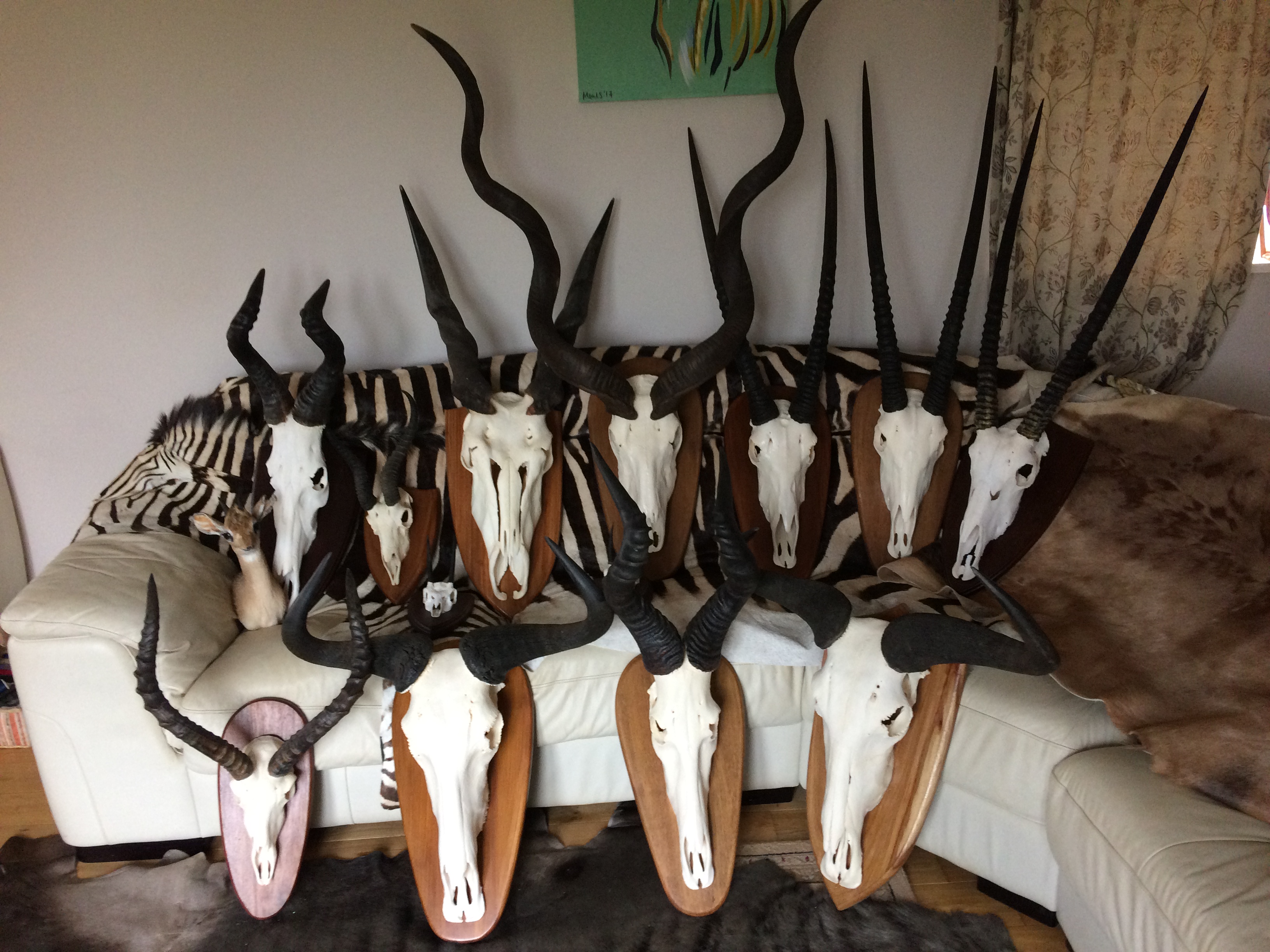 Really cool!
Life is too short to hunt with an ugly gun

Really nice group of trophies.
"We sleep soundly in our beds because rough men stand ready in the night to visit violence on those who would do us harm" American Novelist - W. Churchill

Awesome, congrats on getting them home!! Yes that makes a rainy day turn happy rather quickly!!!
John 3:16
J

Wish it was wet here. Supposed to be 105F today. Great looking trophies.
"To be ignorant of what occurred before you were born is to remain forever a child. For what is the value of human life, unless it is woven into the lives of our ancestors by the records of history?"
Cicero

We just found out that ours are ready to ship yesterday.
They also mentioned that there is at least a 3-6 week backup of trophies waiting.
Probably looking at the end of Sept/beginning of Oct before we see them.
“They that can give up essential liberty to obtain a little temporary safety deserve neither liberty nor safety.” Benjamin Franklin 1759

Still waiting for mine from last year

Can't wait to see a crate like that with my name on it!! Congrats!!

Dudders said:
So three trips worth of trophies look like this out of the boxView attachment 362895
Click to expand...

Very nice!! It’s exciting just to see the crate arrive, and then...

I thought i would give a little background to the delivery.

This first group were taken in february of 2018 and the work was done by reiser taxidermy all euro mounts on shields work has been done well and the horns have maintained there natural colour the skulls also seem to have polished which gives them a nice sheen over all very pleased with the work. 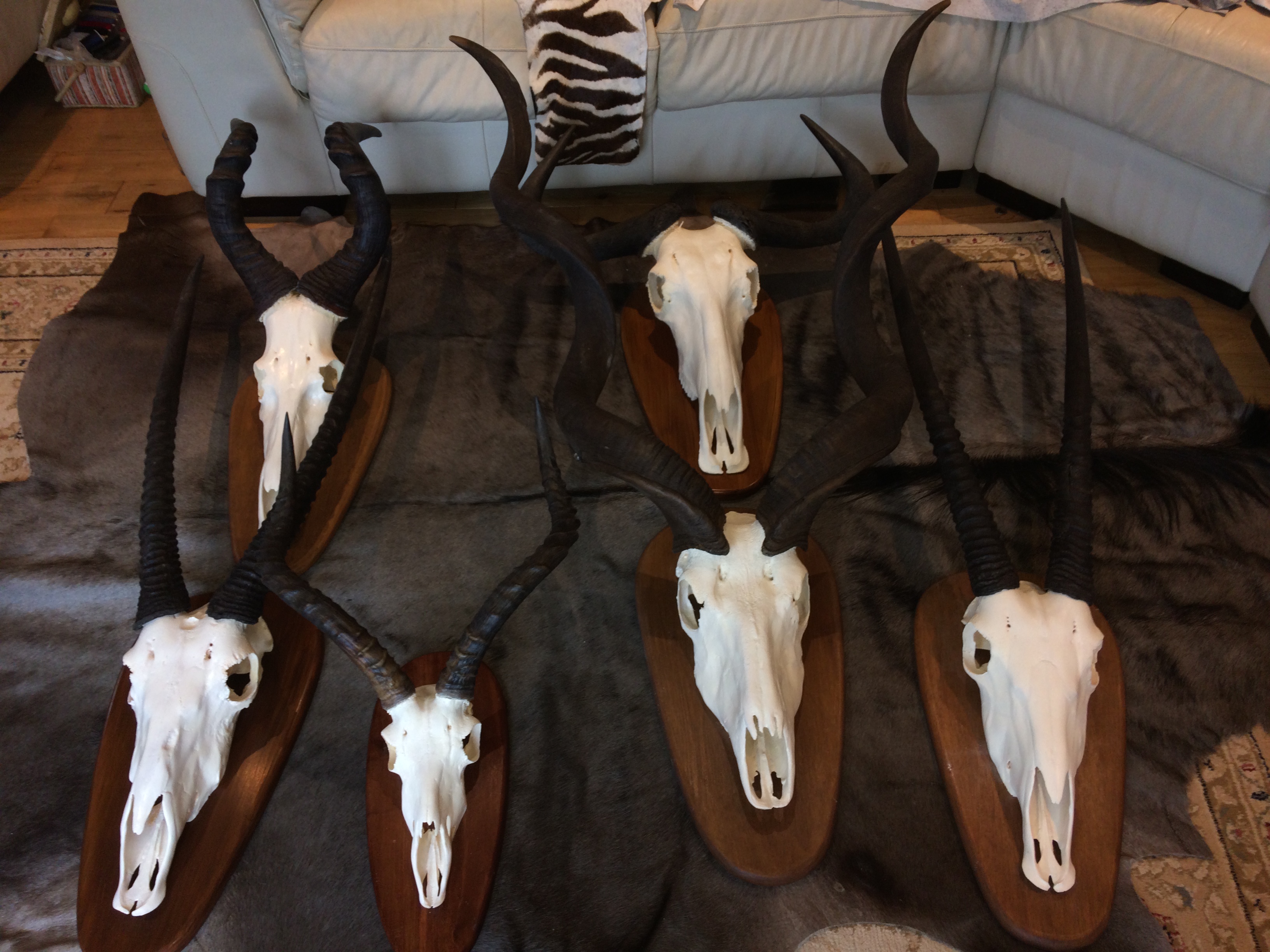 I had three flat skins done through philip @Khomas Highland and they have all come out well the blue wildebeest looks great. 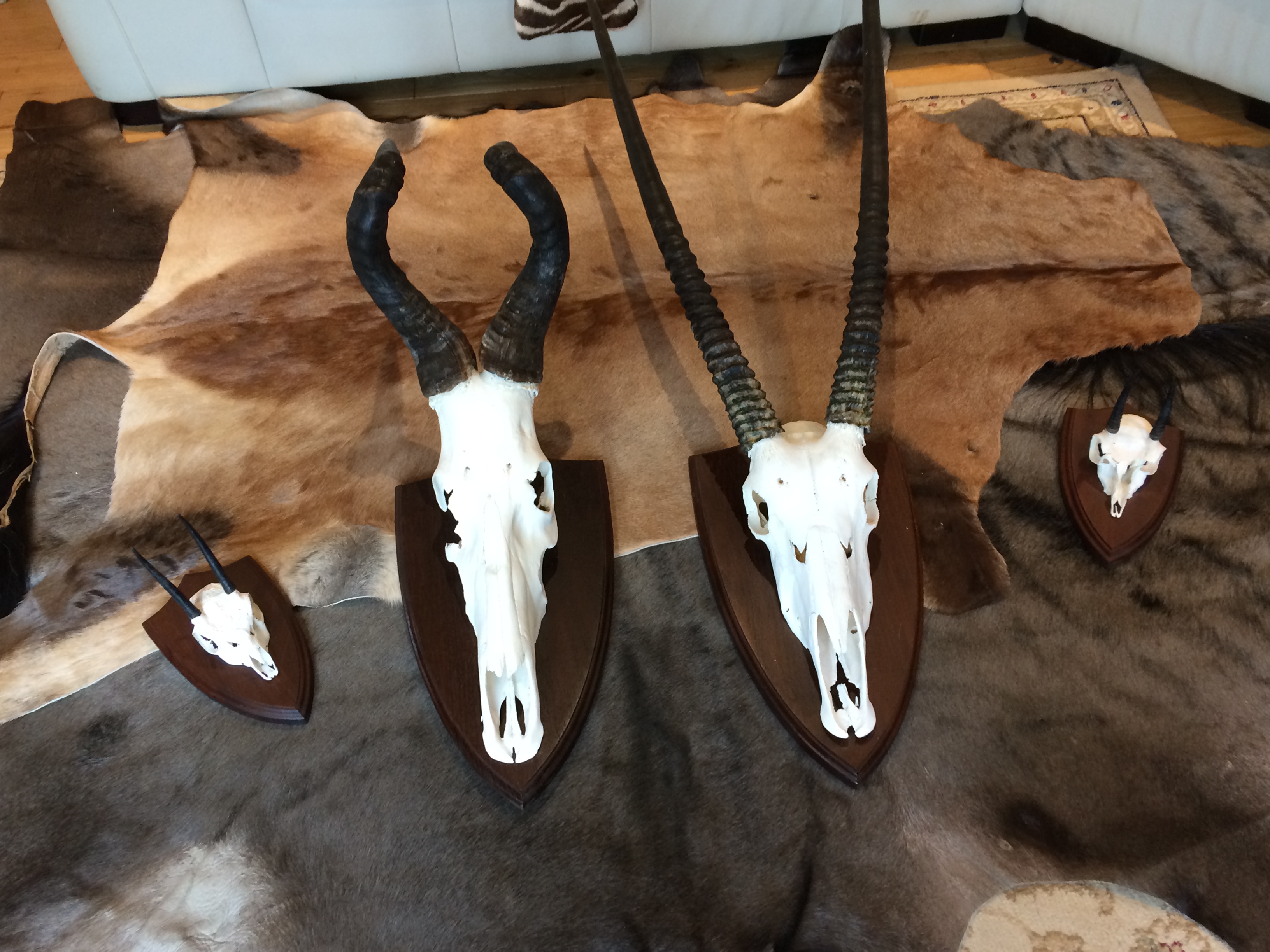 I would say work on the euros is done well. No complaints the finish is not quite as good as reisers in my opinion. I had one piece of taxidermy done a DikDik. 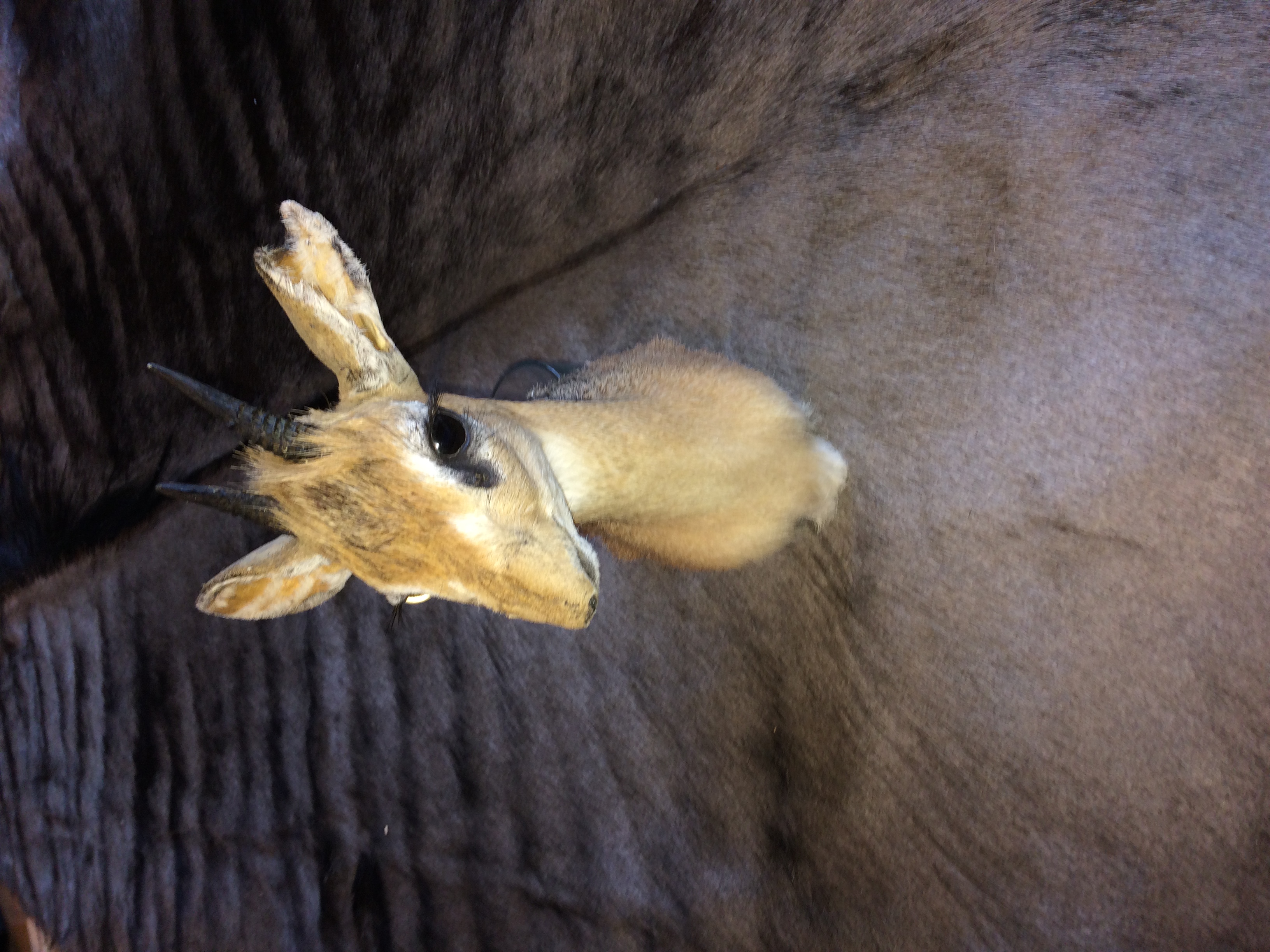 I think it came out well.

The third group was from February 2020 and the work was done by African shipping services this was originally to be a dip and pack but was changed explanation later.
Again the trophy's have turned out well work seems of a good standard the horns will need a bit of a touch up but over all pleased with the outcome.

So the first batch of animals were ready to go just around the time of my second hunt i decided to save on shipping costs at both ends and ship them together. This decision was made before the trophy hunting ban started to become an issue for the uk. With the possibility of an import ban the quickest turn around would be dip and pack so this was the option for the third trip. Buy the end of February 2020 the first two batches we ready to go. Middle of March paper work in order payments made and the world locks down. Trophy's stuck in Namibia, So with the lack of work the dip and pack trophy's were ready in double quick time. this meant with a little alteration (mount to a Shield ) they could join the existing trophies as completed taxidermy and travel together. In july the shipment left Namibia on a lorry for a drive to Johannesburg where it would catch a flight to Turkey then onto the uk and home to me.

We often hear about bad service from taxidermist's in Africa and poor communication but i can honestly say I have had excellent communication from all three companies involved, all my questions have been answered promptly and changes to the original plans sorted between them without any hassle and nothing seemed to be to much trouble for them. 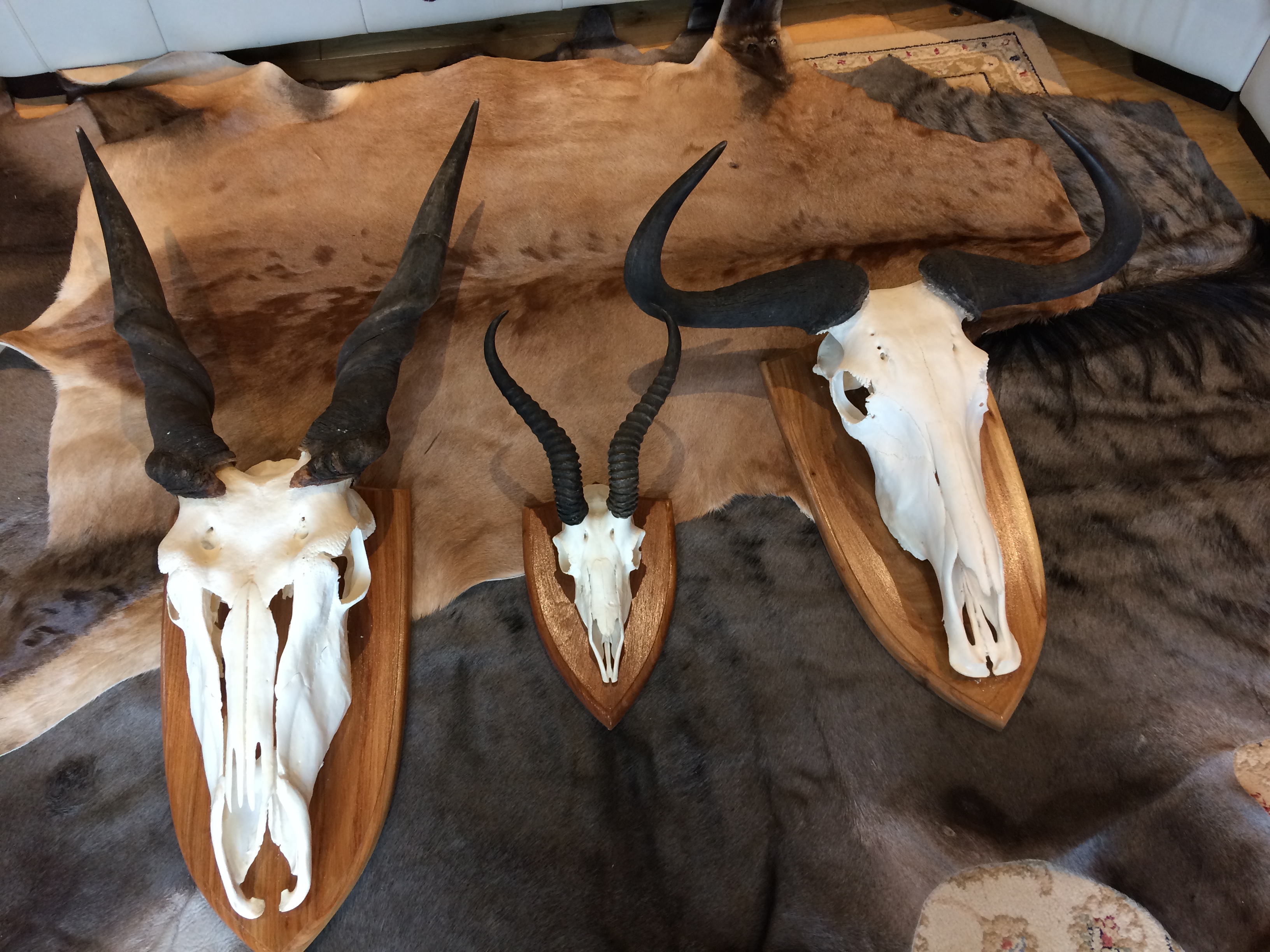 Very nice, congrats!!!!!
You must log in or register to reply here.

How long can I store my skins?

What's a green hide worth in the salt? Hippo and Buffalo