Had a great elephant hunt with Karl. The camp was only a year old & very comfortable, staff were polite and efficient. Karl is always fun to talk to as he is also a gun crank.
Karl has also put me into the running for the 2014 "Fastest Elephant Hunt".

A little late leaving camp as I was busy trying to get my stuff organized but almost immediately after entering the hunting area we found very fresh tracks. Within minutes we had a huge herd of mixed elephant in front of us, including cows, bulls, calf & immature animals. A short stalk and we got busted by a young cow that came walking directly at us. Fortunately they were not badly spooked and we were able to get back on them. A few minutes latter 2 mature bulls came walking along the edge of the heard. Karl indicated to take the 2nd bull and within a few moments my hunt was over.

Back to camp for lunch, a quick nap & spent the rest of the day fishing on the Zambezi.

Having spent 18 hour days, as well as, miles & miles of walking hunting elephants in the past this seemed in some ways to fast & easy. But after years of hunting I have learned that you play the hand you are dealt & never pass on a animal on the first day you would be happy to shoot on the last.

Thanks again Karl, lets make a plan for the future. 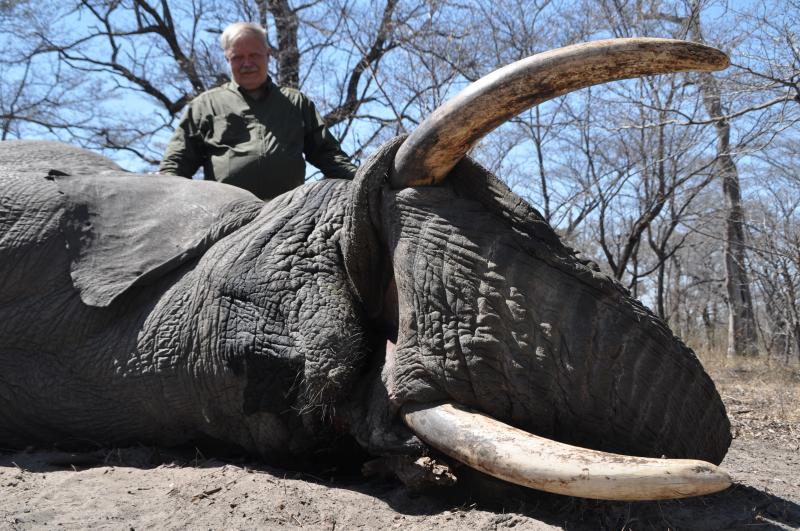 Fished for a couple of days & arranged for a early flight home. 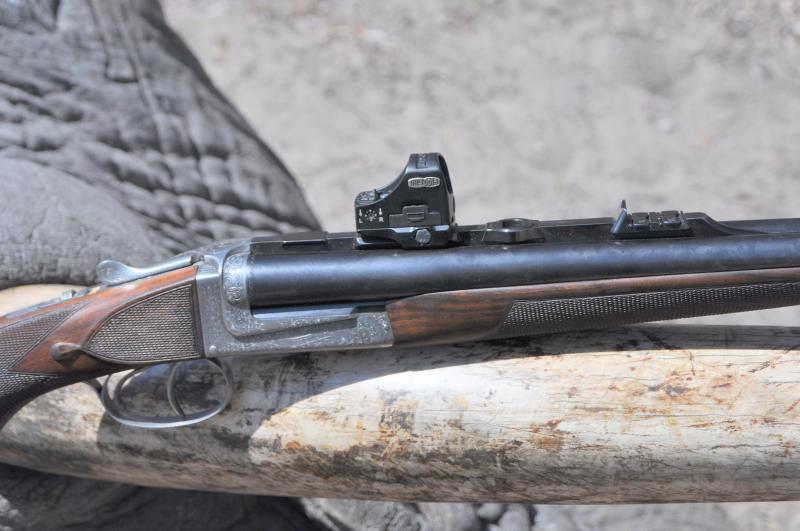 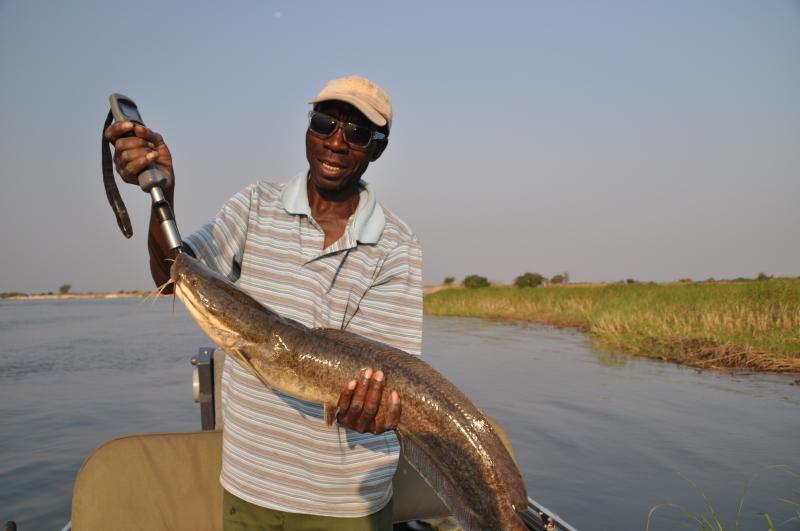 No. They kept breaking the line even with a steel leader.

a good hunt doesn't have to be a long hunt , but that's incredible .
must be a good area .
thanks for sharing your memories,with us all
THE HUNTER; The person that pays over 90% of the cost for the presavation and maintance of wildlife and gets zero credit for it ................

That was fast, but the result was very good, congrats !

kebco said:
…………….. But after years of hunting I have learned that you play the hand you are dealt & never pass on a animal on the first day you would be happy to shoot on the last.

Congratulations.
Fortune smiled and you were prepared to take advantage of it.

good words to live by.

We will save that one for later, in case we cannot find a better one.

Which area were you in? How many pounds is the ivory?
K

Hunted in the camp that is on the river, started with a "S" but I do not really remember. Karl will know, I believe it is his only camp on the river.
Weight, one was a touch over 65, the other just under if memory serves me right.

Sikunga? 65 is a monster. Congrats.

Congratulations.
Fortune smiled and you were prepared to take advantage of it.
Click to expand...

I introduced my BIL to Karl and accompanied him on his hunt in June 2015( I had hunted buff, hippo and elephant before with Karl). In 5 days, he took a 42 1/2" buff, a 13 1/2' croc, a hippo, and 2 elephants-1 own use and 1 trophy bull. We fished for the next 7 days, taking a lot of tigers and vundhu. Neither of my 2 elephant hunts took more than 2 days. He simply has outstanding areas.
You must log in or register to reply here.

E
NAMIBIA: Elephant Hunt In The Caprivi With Karl Stumpfe