Wow,
Just returnd from hunting with Marius Goosen KMG Hunting Safaris in Eastern Cape.
What an awesome trip. My mate Ray and I hunted with Marius previously 2 years ago and after making great friends and taking some great trophies promised we would return.
This trip we brought our wives along and went to Pumba Game Reserve and the wives did Addo Elephant Park and local town shopping/sight seeing while we hunted .
Marius and the team at KMG treated us like family and we all had a fantastic time.

My mate Ray took a great Kudu Bull we had watched in heavy cover for most of the day and took it at 250mtrs with my 325WSM later in the day as it feed down the ridge with some Kudu cows.

Second trophy was my Eland Bull first spotted by Marius two ridges away (1.5miles away)on a hillside bench and after tough stalk in mountainus terrain we got within 150mtrs.
I took the bull with a shoulder shot with my Browning A Bolt 325wsm as soon as a broadside shot presented.
The bull took the shot and lunged forward but was visibly mortally hit but two more insurance shots to the shoulder anchored him within 10 metres.

Third trophy was my Waterbuck Bull taken at 210mtrs with my 325wsm in the last half hour of light on the last day.
The Waterbuck Bulls on this trip had been hard to locate as Marius said with all the recent rain and feed in the bush they didnt need to venture out in the open as much to feed.

Marius's effort to find exceptional trophies over the 7 days was amazing, he never gave up and always had a plan "B" to every situation.

We all made new friends and had a fantastic time, already thinking about the a future returm to KMG in the near future. 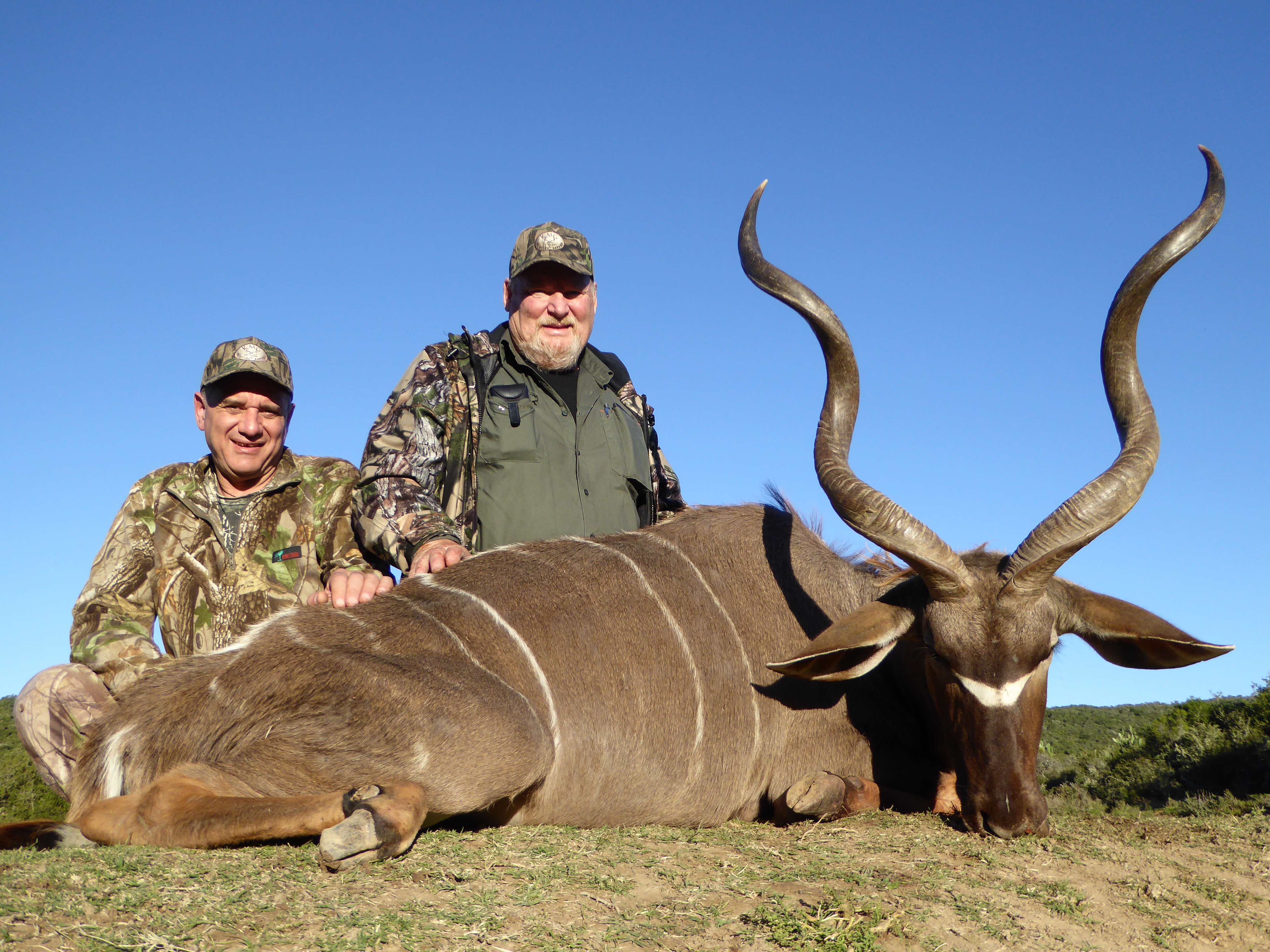 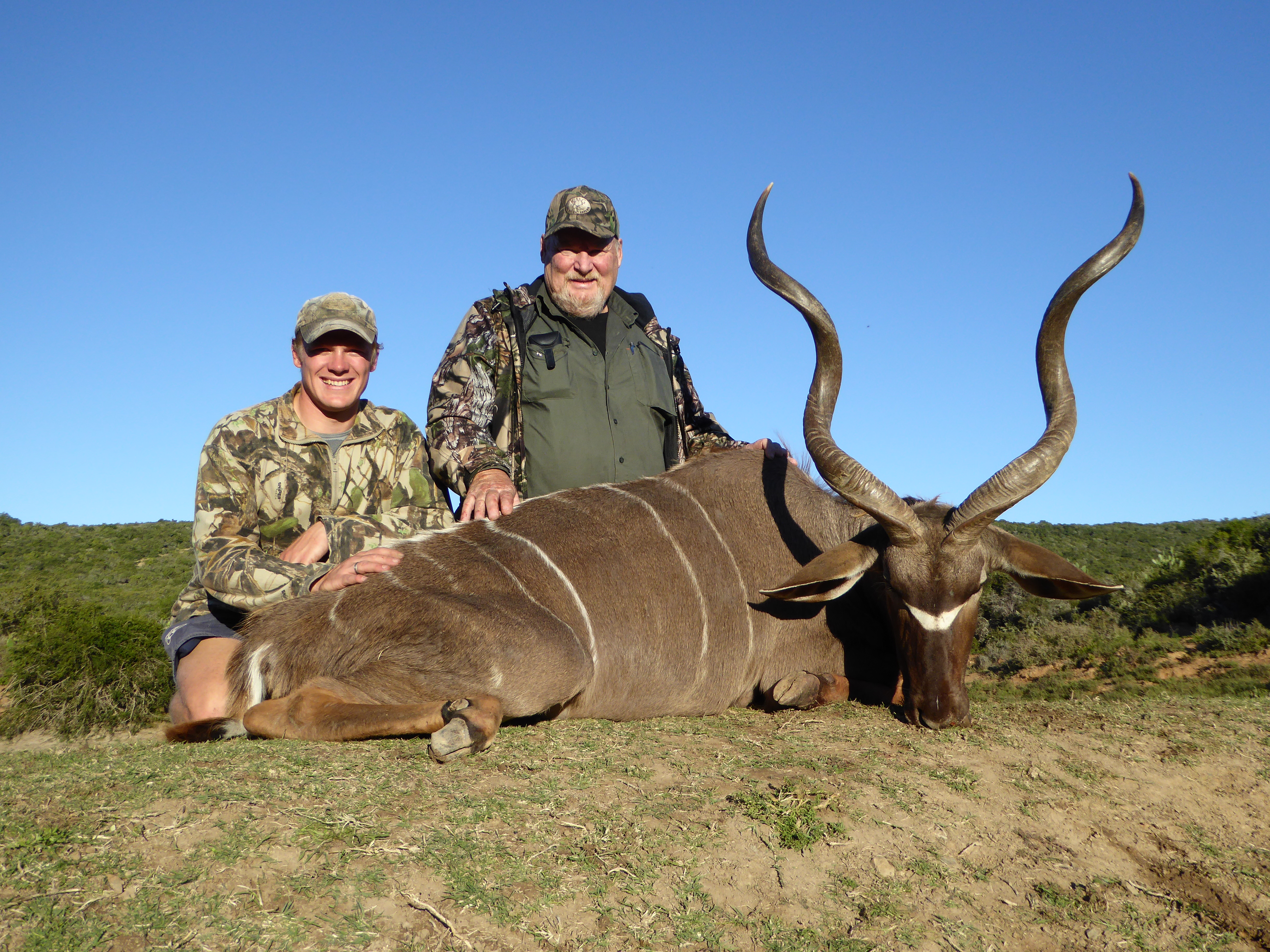 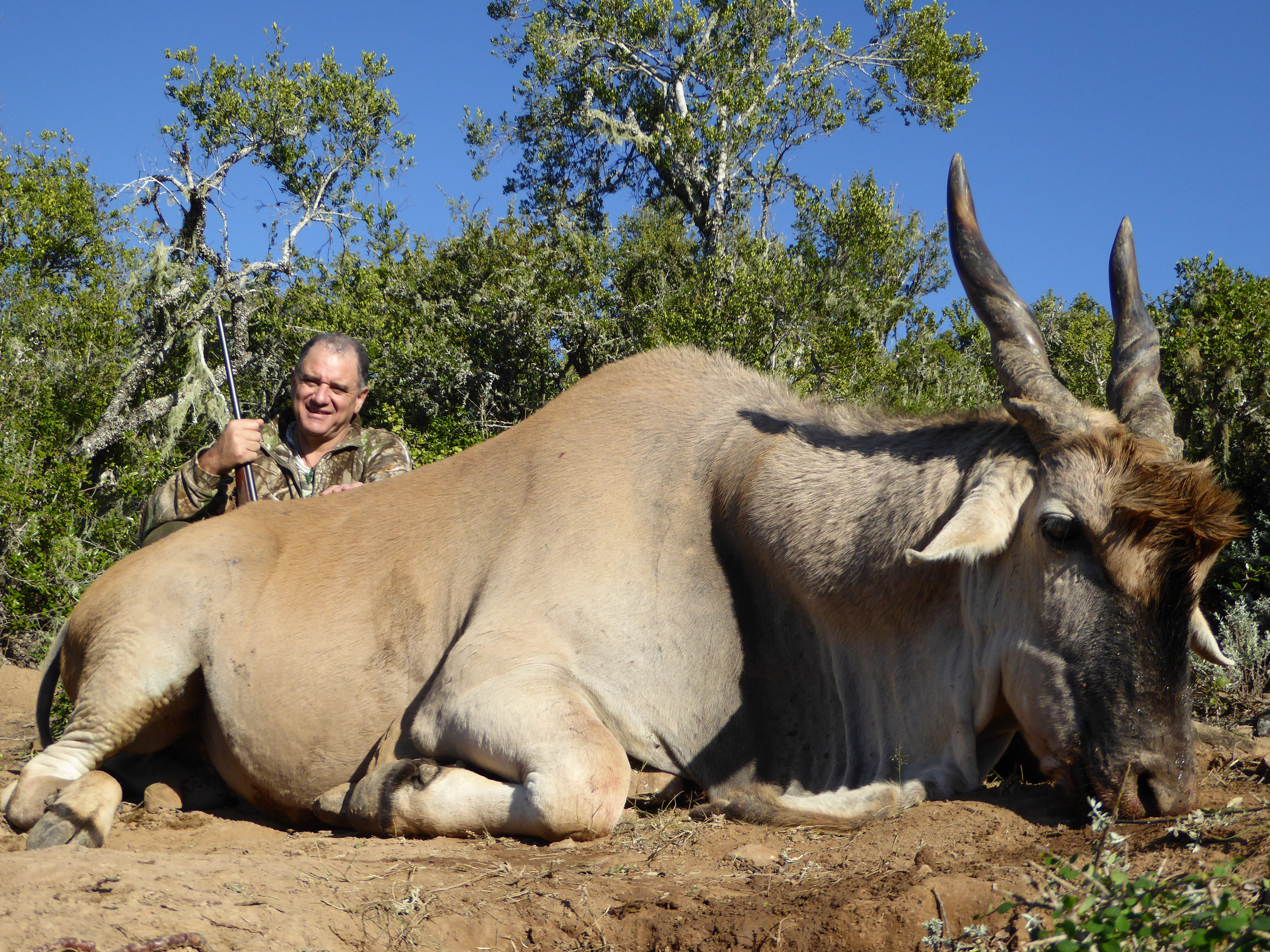 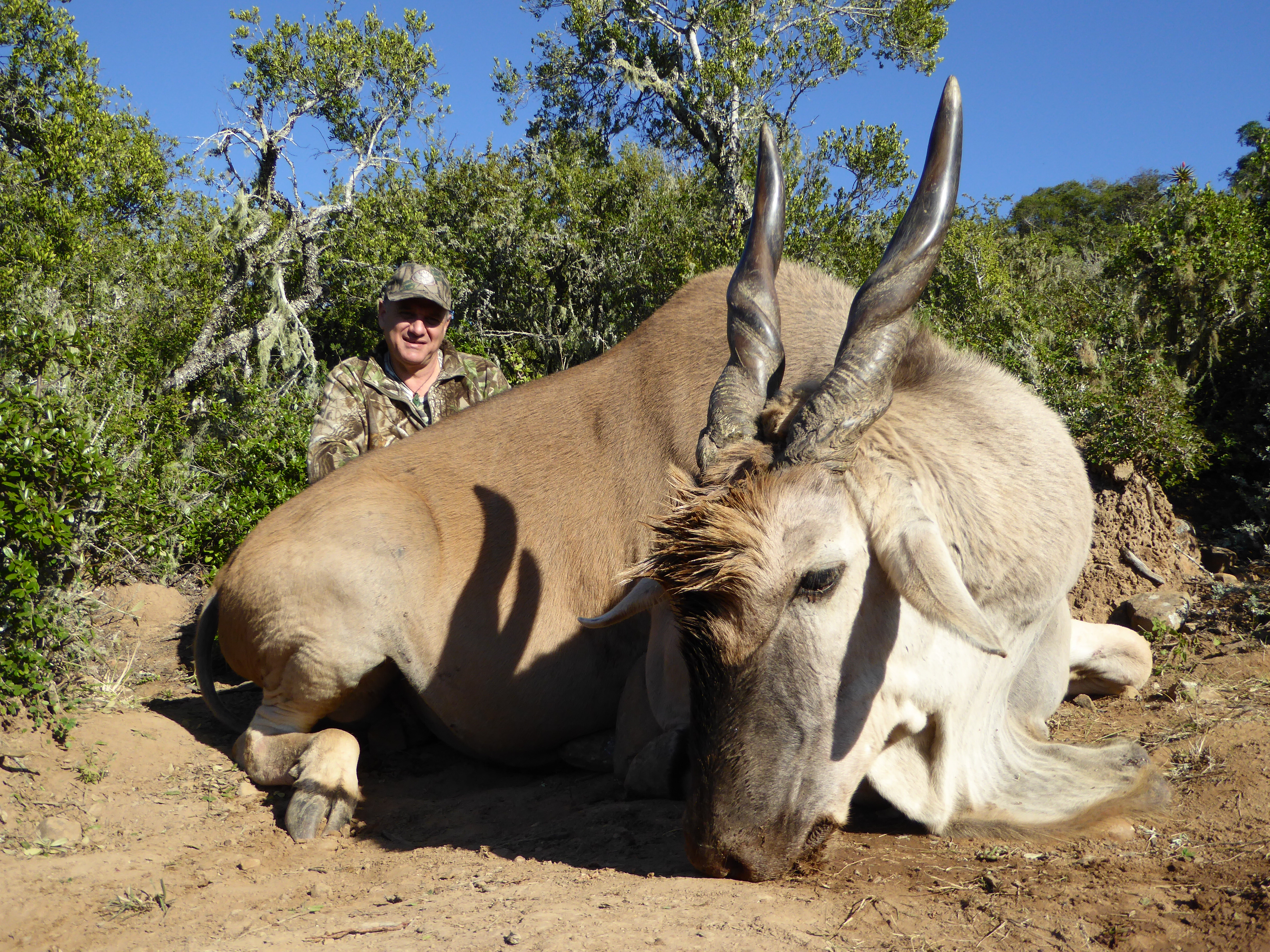 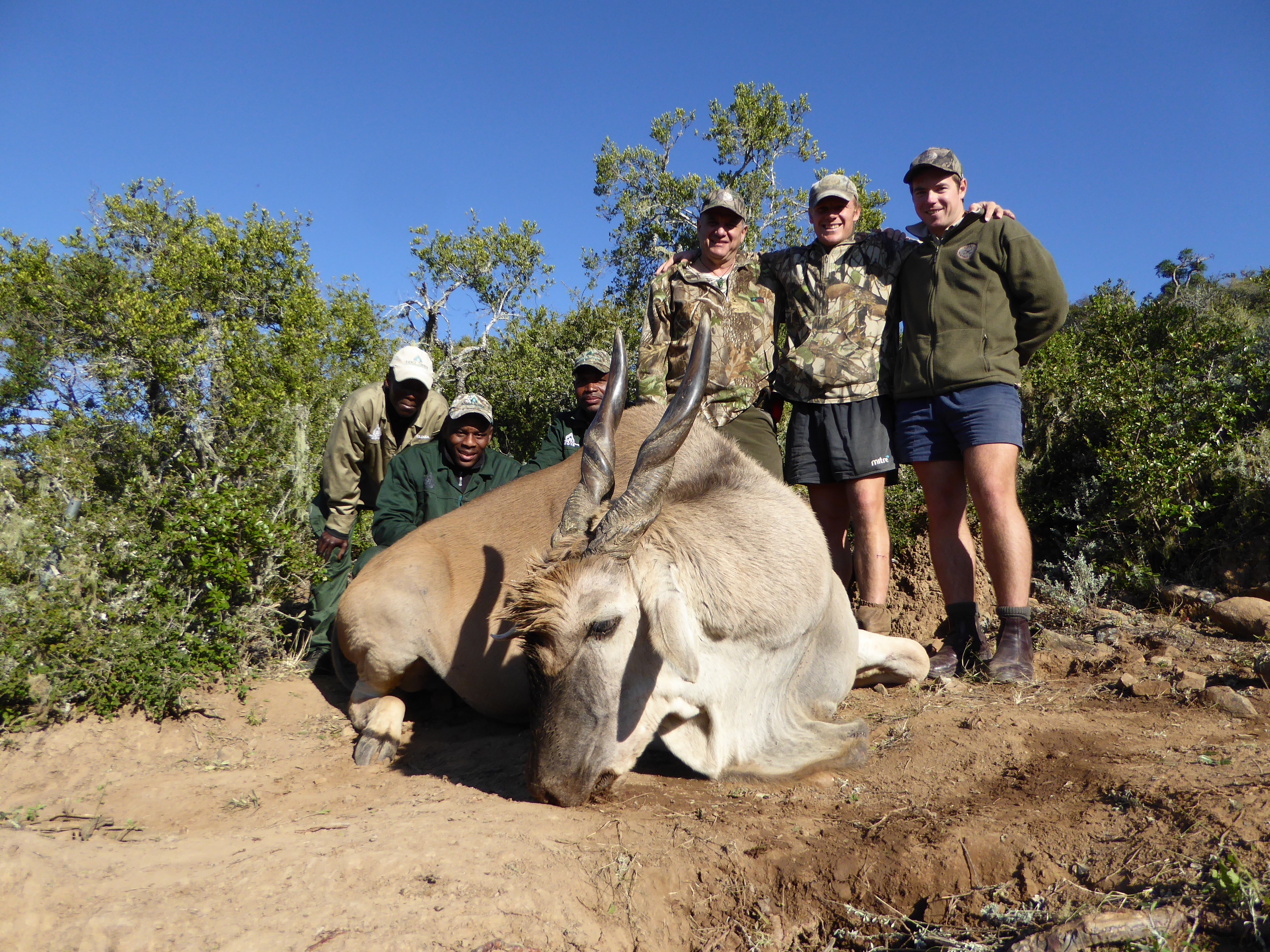 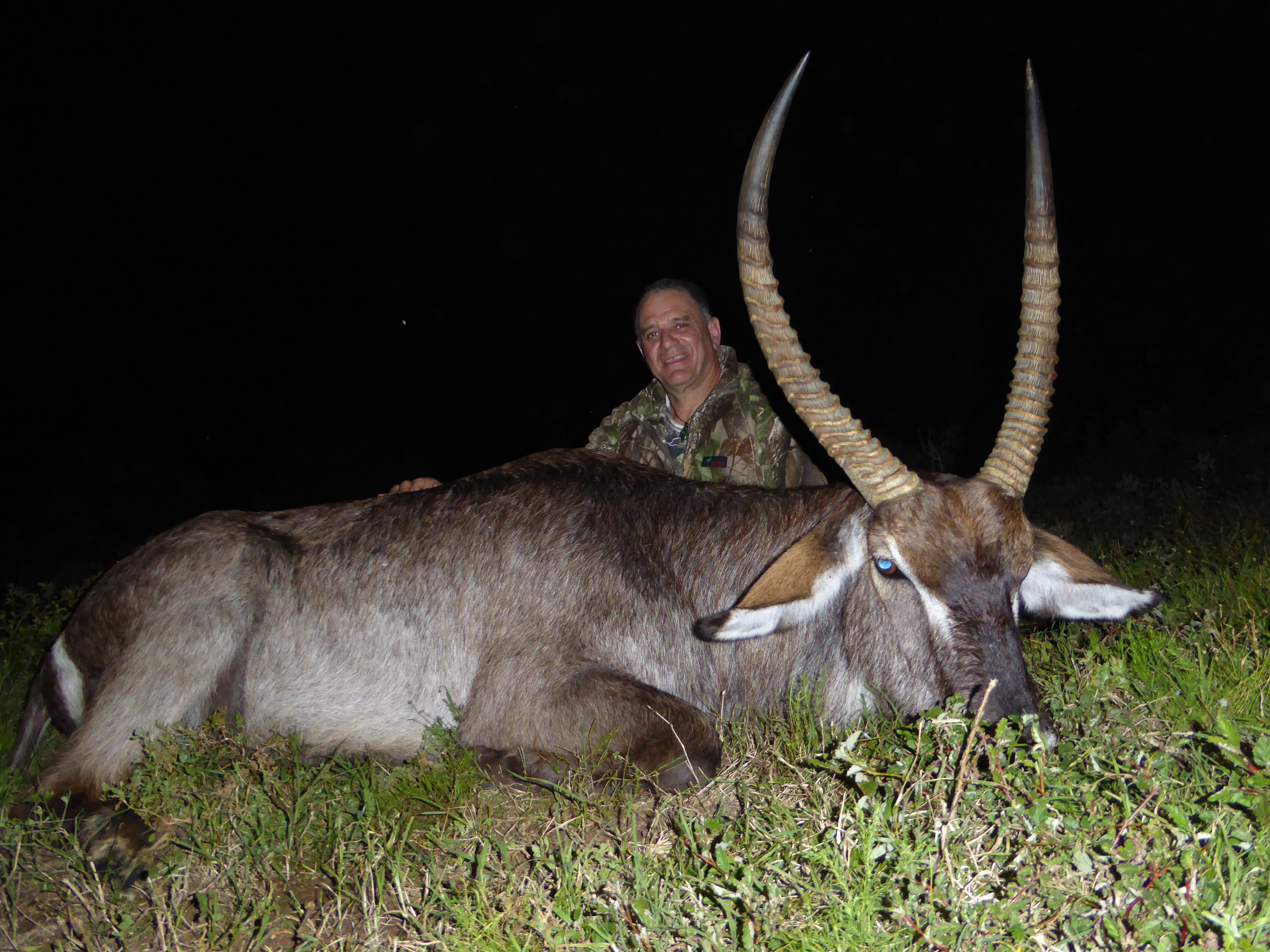 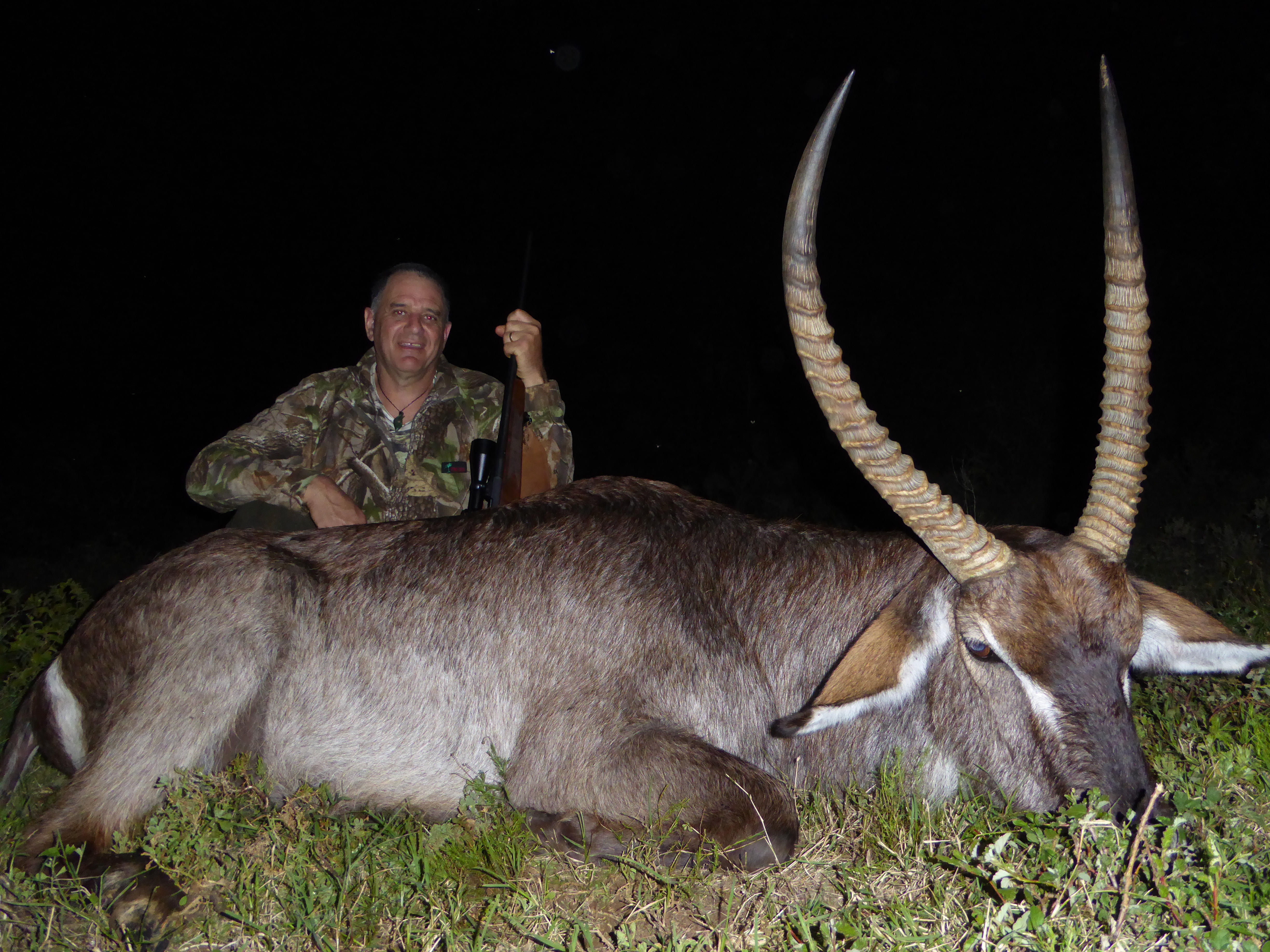 I still don't know how they spot some of those animals that far off....
HUNTERS make importation bans work!

I still don't know how they spot some of those animals that far off....
Click to expand...

Me either, I spotted a lot of animals but they seem to spot the ones that count

Great animals and one nice mature eland. Great job done by all

Glad you had a great hunt.

Thanks for sharing it with us.
And here I am, returning to Africa of many faces;.... the sloe-eyed temptress with flowers in her hair who stole my youth and my heart, and left me an old man with a kaleidoscope of conflicting memories of many dashed hopes and some fulfilled dreams. E. Echols
D

great Eland that , well done
on the ocean or in the bush.

I love the 325wsm its a great calibre and hits really hard. I find it great medicine for the Sambar Stags we have here in Australia.
Last edited by a moderator: Aug 12, 2020

Wow well done. Great Eland!
He who adapts best is most successful

great animals , congratulations,cperso....
THE HUNTER; The person that pays over 90% of the cost for the presavation and maintance of wildlife and gets zero credit for it ................

I like the 325 WSM too, congrats on the great animals!

Looks like Marius got you on some fantastic animals. Congratulations and thanks for the report.
I will be hunting with Marius in a 6 weeks and if my Waterbuck is like yours I will be thrilled!
Steve

SHOEDOG said:
Looks like Marius got you on some fantastic animals. Congratulations and thanks for the report.
I will be hunting with Marius in a 6 weeks and if my Waterbuck is like yours I will be thrilled!
Steve
Click to expand...

Yes it was a huge effort put in on Marius's behalf, he's a machine and that's what I like about his hunting.

Congrats for a great hunt, love that Eland

Beautiful trophies. Looks like you had a great time. Congrats. Bruce

Great trip ... I have to add to the consensus ... awesome eland!

Congrats and thanks for sharing
You must log in or register to reply here.