As long as we are making confessions...

I have sold a bunch of small stuff in the past couple months...added up to about $10k though.

So I rewarded myself yesterday. Bought a new old stock Shiloh Sharps Creedmoor Silhouette. It is a 45-70...so sort of a big bore. 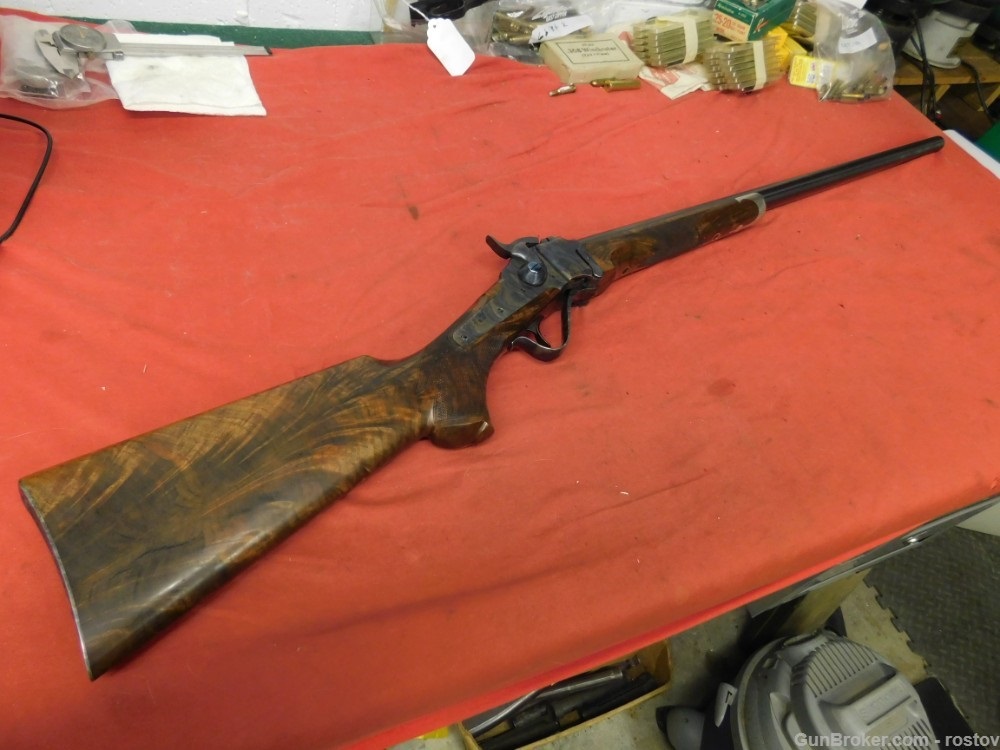 Is the first of the 12 steps to admit you have a problem?

Is the first of the 12 steps to admit you have a problem?
Click to expand...

Yer problem is you don't have a 700 Nitro Express. Keep after it!!

I’ve only recently (2018) started to acquire rifles larger than my Browning .338WM, which I’ve owned and hunted with since the mid ‘90s. I was at a local gun shop and they had an Interarms Whitworth Safari in .375. I had never heard of that brand so I started searching the internet for info. on it. I stumbled upon AH with threads and posts on the Whitworth. Well I bought it and shot it quite a bit. THEN, I made the BIG mistake of continuing to peruse and ultimately joining AH and watching and learning from all the large bore aficionados here. So, I bought a CZ .458WM, which is a caliber I have always wanted, ever since I was a teenager shooting my Winchester .270 next to a man at a shooting range with his Ruger #1 .458WM. I conversed with him about his .458 and the future big bore need seed was implanted in my young brain. Well, the .375 and .458WM have been great, but I didn’t have a .416 rifle. So I once again looked around and found an article about John Wooters and, “Taking the .416 Taylor to Africa”. I was hooked on the .416 Taylor cartridge since I could form the brass for it from my .458WM brass. So, I found a semi custom Whitworth Taylor and bought it. It’s great and shoots really well. But, thanks to many of you “Gee, I wonder how much recoil I can handle?” ***holes here, I bought a CZ .458 Lott! Well, it shoots great too, and the felt recoil to me isn’t much more, if any, than my .458WM. But, at this point, I think I’m done buying large(r) bored rifles. But damn Tanks and the other OPs here with their .458 B&Ms and .500 B&Ms and MDMs! They’re awfully tempting, but when will it all stop! Damn all of you!
Last edited: Jul 28, 2020
C

tarbe said:
As long as we are making confessions...

I have sold a bunch of small stuff in the past couple months...added up to about $10k though.

So I rewarded myself yesterday. Bought a new old stock Shiloh Sharps Creedmoor Silhouette. It is a 45-70...so sort of a big bore.

Where do I fit on the addiction scale?

HWL
Relying on Mauser M98,.... but having an ever lasting love affair with Mannlicher-Schoenauers....
C

HWL said:
Where do I fit on the addiction scale?

You have gone off the ledge! But where’s your .600 Overkill? Report back when you get one! 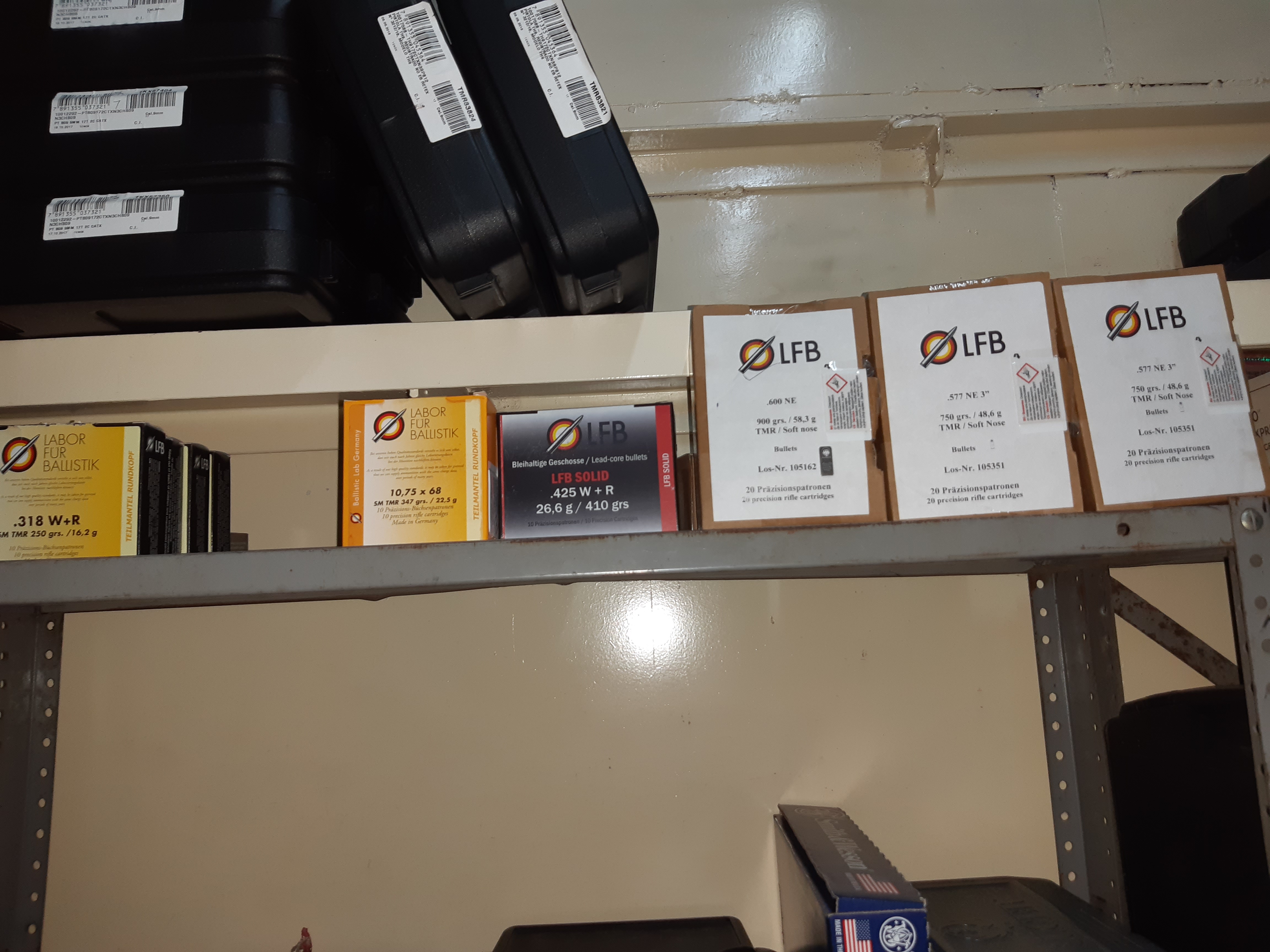 Well thanks to AH and some of the regulars on here I have gotten to know. Three years ago or so, when I joined AH Africa was just a dream. I had several medium bores and one 375 HH. Soon came a second 375 just because it was there and in 2018 I went on my first safari. 2019 came along and I decided on a second trip and Buff hunt so then came the 416 rem mag. Now in the last 8 months I have bought and sold about 5 big bores. In the last 4 months I have bought CZ 550 375 sent it to AHR for upgrades CZ 550 458 Lott also went to AHR and just recently a CZ 550 in 500 Jeffery which will go to AHR. Not to mention how much ammo I have acquired for each of these. So yes. I am an addict.
Thanks to several AHers.

Also. Third safari was to be this year. Now moved to 2021 and is a 21 day safari with three DG animals and some plains game

@tarbe you shouldn't be posting that you got a new toy as the last time your MRS was going to lend you out at Leopard bait. Try I traded a couple old things for this old rifle. Those Shiloh's are nice rifles, I always liked dealing with Csharps better but both make a fine rifle.

Since I have been a member of this addiction group since I was a teenager, I won't even try to list those over 40 Cal that have come and gone and I am currently the caretaker of. and I am adding to the list again

Guess it's ok to come out of the closet now...

I feel your pain and understand the addiction Toby. I do hope you will get some professional help.

And I think I speak for the entire membership...
We are gonna need a picture of the 500NE handgun.
Better yet, a video of you shooting it.
Last edited: Jul 29, 2020
“They that can give up essential liberty to obtain a little temporary safety deserve neither liberty nor safety.” Benjamin Franklin 1759
C

And I think I speak for the entire membership...
We are gonna need a picture of the 500NE handgun.
Better yet, a video of you shooting it.
Click to expand...

+1! And double action from a holster!

Im afraid we've all got a sickness...

I have to come clean...I'm just a noob to the big boys.
Picked up my first "true" big bore this year with a Blaser R8 416RM.
Very pleasant to shoot off sticks, not so much when sighting in from the bench.

Never saw myself moving to the over .40 caliber club.
But then again, 5 years ago I didn't think I needed a 375H&H either.
Thanks to you guys, I moved up with confidence.
Now with the wife putting DG on the menu, she wants to use the 375.
So I was FORCED to go bigger.

Looking forward to what the future brings...
“They that can give up essential liberty to obtain a little temporary safety deserve neither liberty nor safety.” Benjamin Franklin 1759

Forrest Halley said:
I'm not addicted and I can stop any time. I definitely still use my smaller rifles. I'm just partial to the bigger bullets. What do you mean squirrel hunting is supposed of be done with a .22...
Click to expand...

Here you go Forrest! Maybe this will stop/slow your addiction? Buy it! 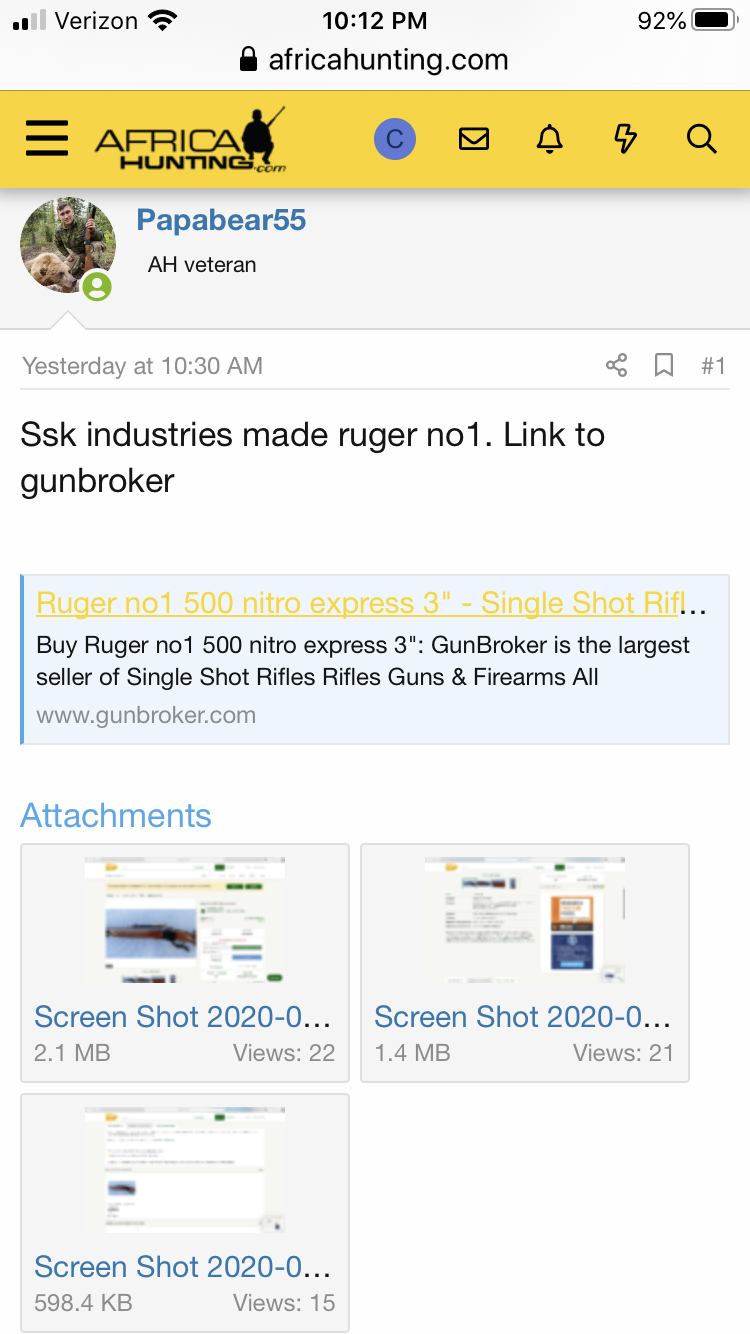