Jerome this helps me a lot for my upcoming hunt. Pieter do you have any if these big boys?

Thanks Jerome! I'll be looking at them all over the next week! Of course when the opportunity presents itself I'm not that picky! LOL

While hunting in May with jacques @AAA Africa Serapa Safaris & Ruan @Hartzview Hunting Safaris, got to see a lot of Eland, and get to really see & compare. First of all, they all look big. As they are a giant animal. However, horn length, body size, ridges, necks, dewlap, etc.... Very educational.... And would be easy for a novice to shoot first eland they see! 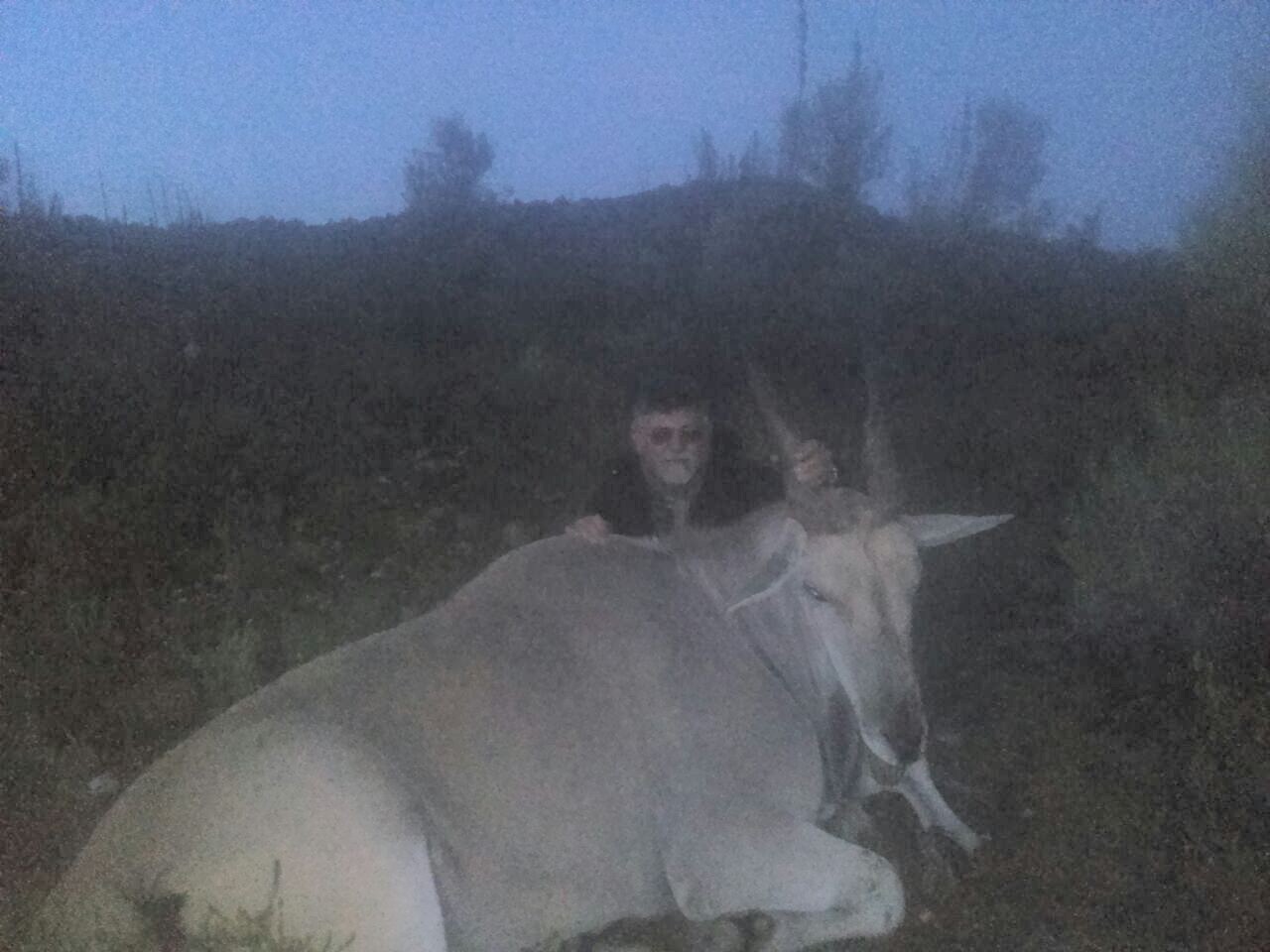 Hi,how old is this eland

@nico fourie 80, sorry but it is not possible for me to tell due to the poor quality of the picture.
Jerome Philippe, Founder of AfricaHunting.com

Here is an Eland that I would estimate at around 12 to 14 years of age. 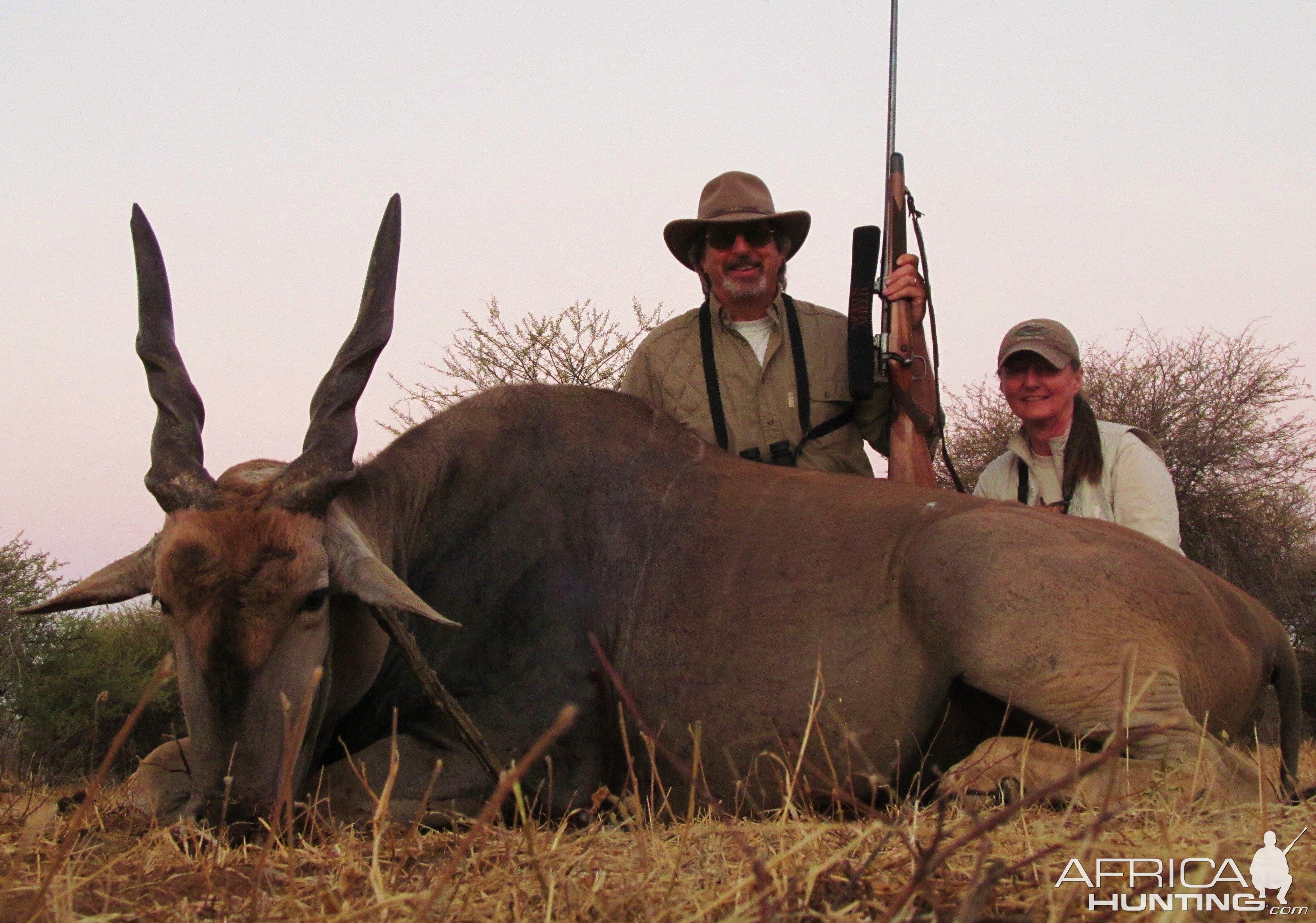 AfricaHunting.com said:
Just to let everyone know AH has an entire forum dedicated to Judging Trophies: http://www.africahunting.com/community/judging-trophies/.
Click to expand...

Hi how old is this eland bull 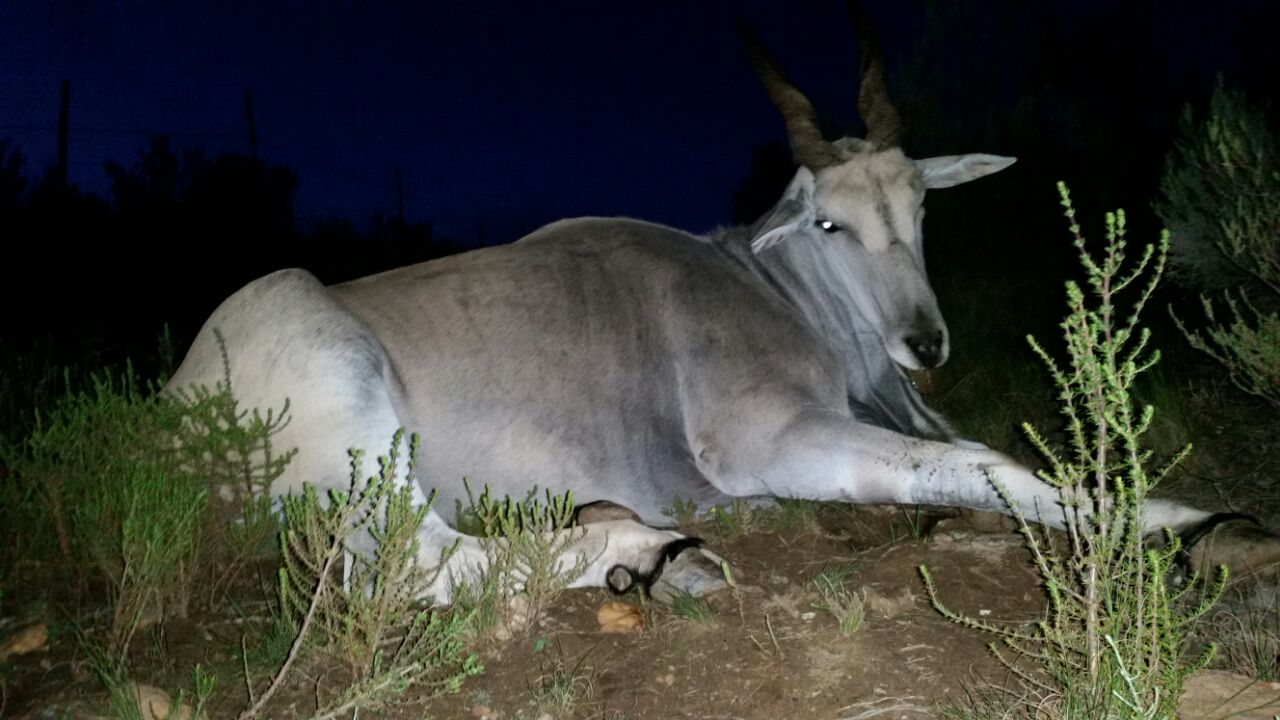 @nico fourie 80, the Eland looks old but I can't estimate the age by the picture posted here.
Jerome Philippe, Founder of AfricaHunting.com

Ah Eland - how I love guiding clients on to a gun metal grey bull! I have hunted eland in RSA, Zim and Mozambique and nowhere comes close to the Niassa Reserve of northern Mozambique! The bulls are massive, dark and the horn length and mass is very good. There's something about that miombo woodland that just grows them big.

All good info on eland. Great animal to track and hunt! Having more than one bull in group or a group of two or more bachelor bulls really helps judging. This one was with another bull. 35" and heavy. 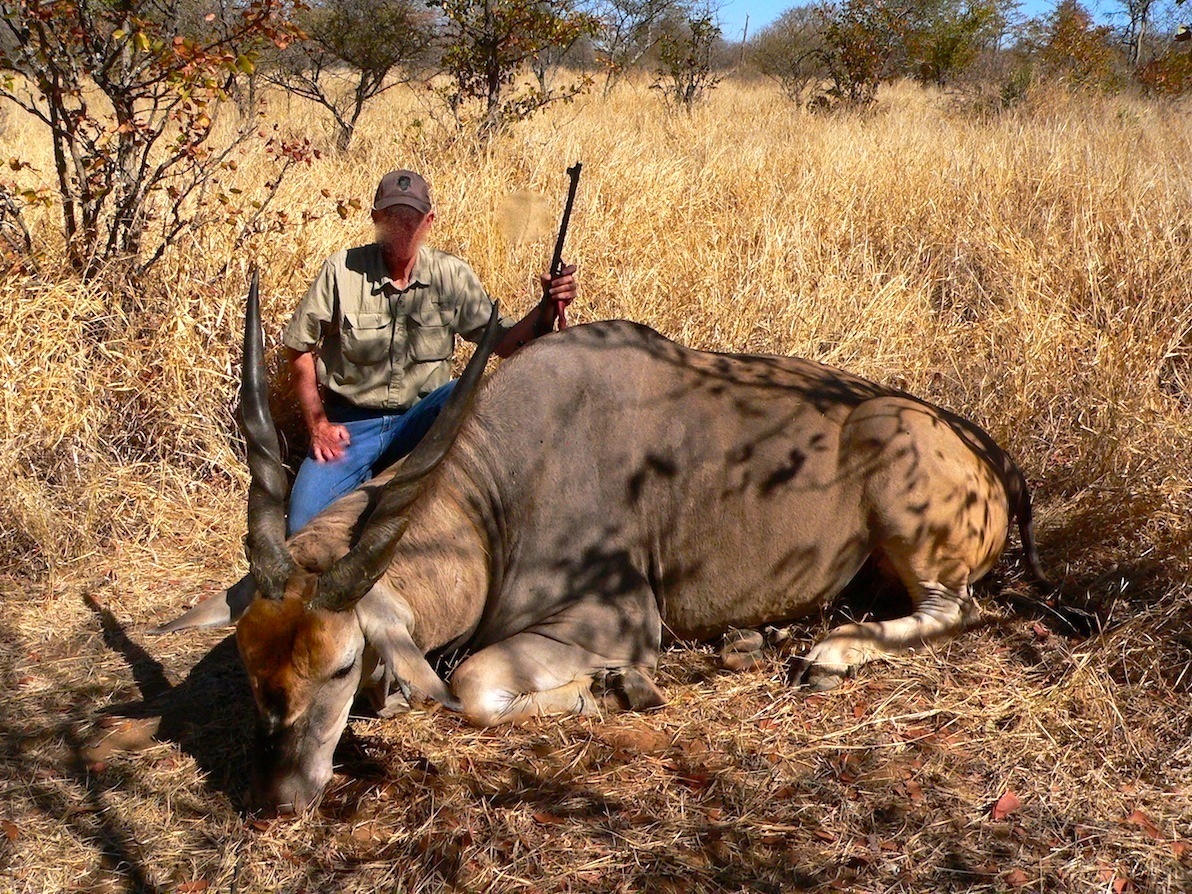 DaveL said:
Ah Eland - how I love guiding clients on to a gun metal grey bull! I have hunted eland in RSA, Zim and Mozambique and nowhere comes close to the Niassa Reserve of northern Mozambique! The bulls are massive, dark and the horn length and mass is very good. There's something about that miombo woodland that just grows them big.
Click to expand... 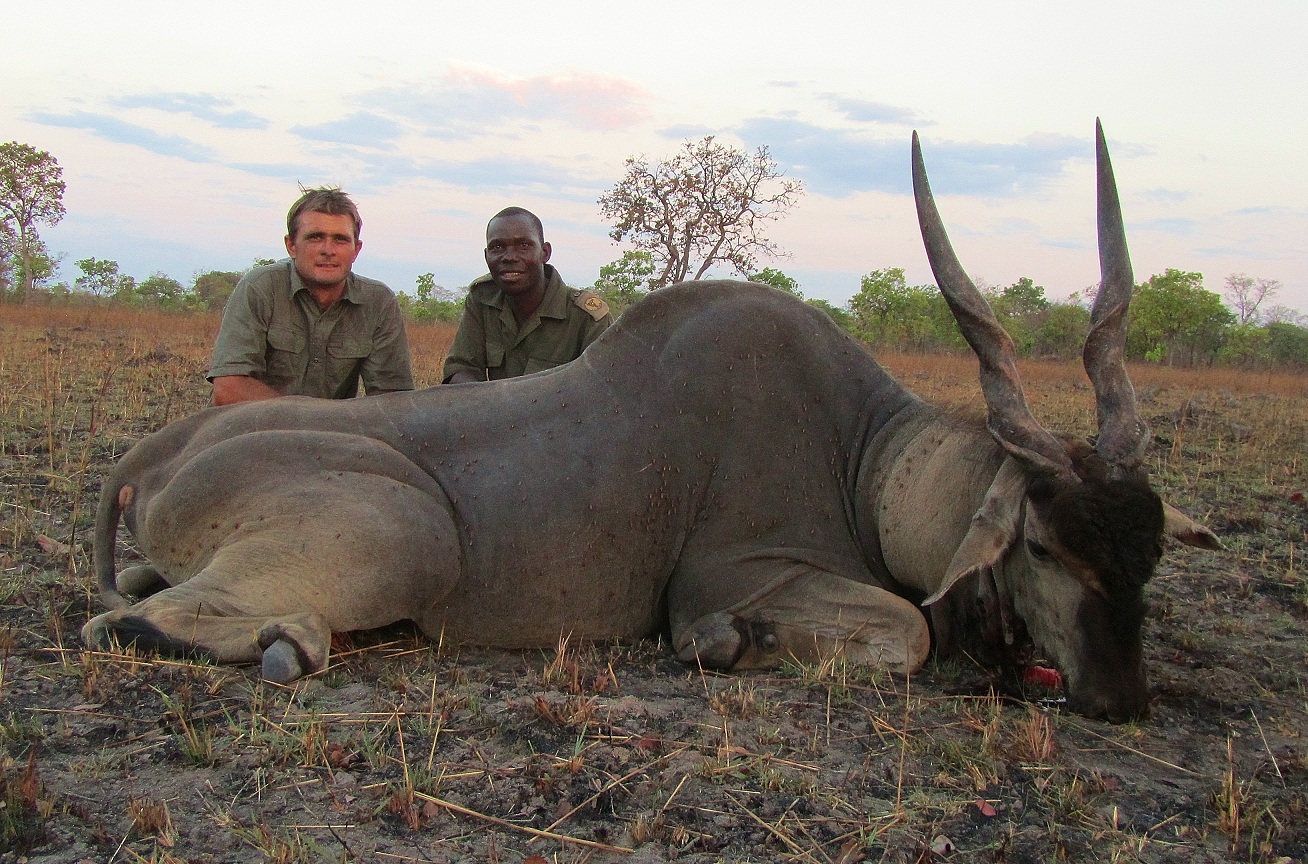 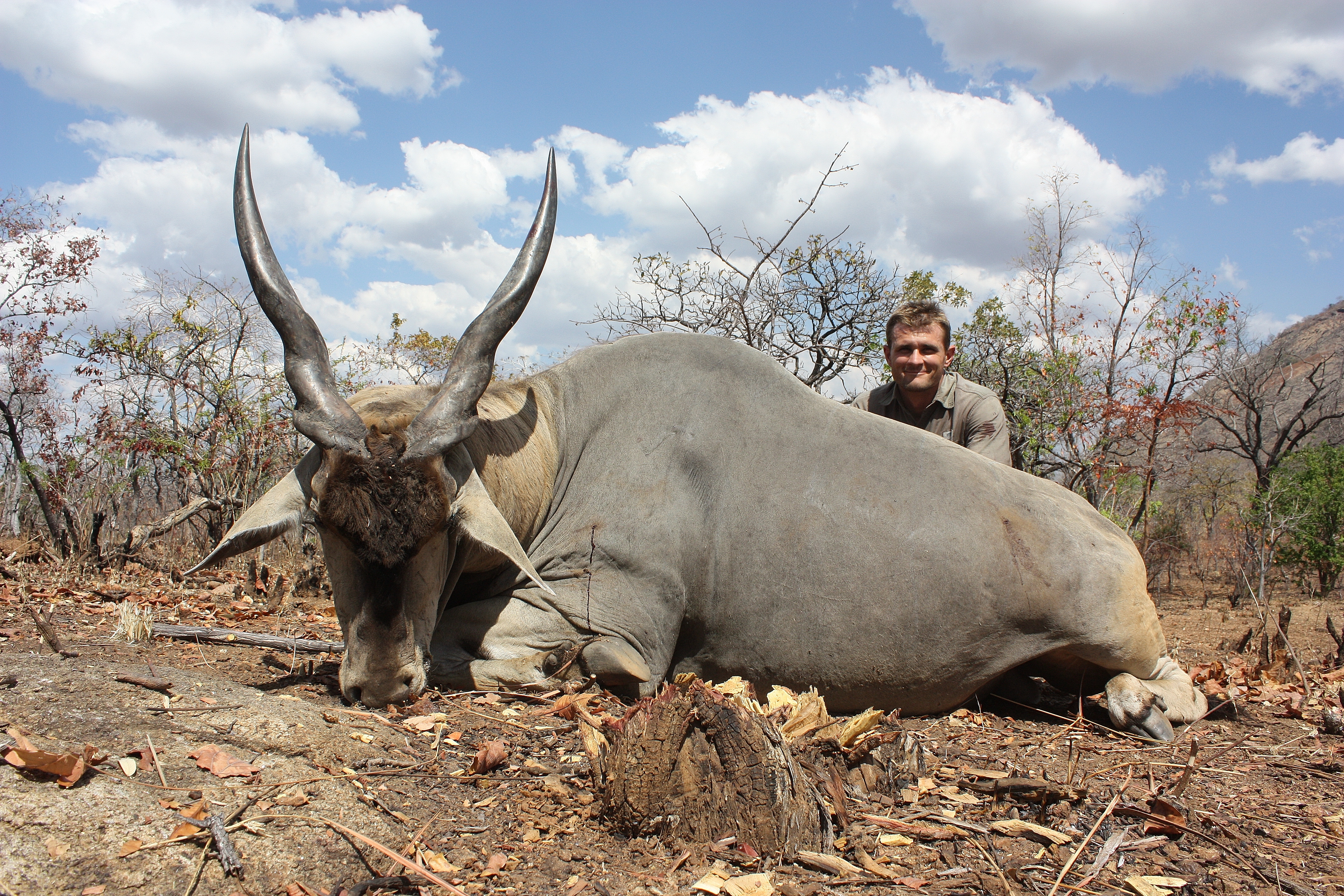 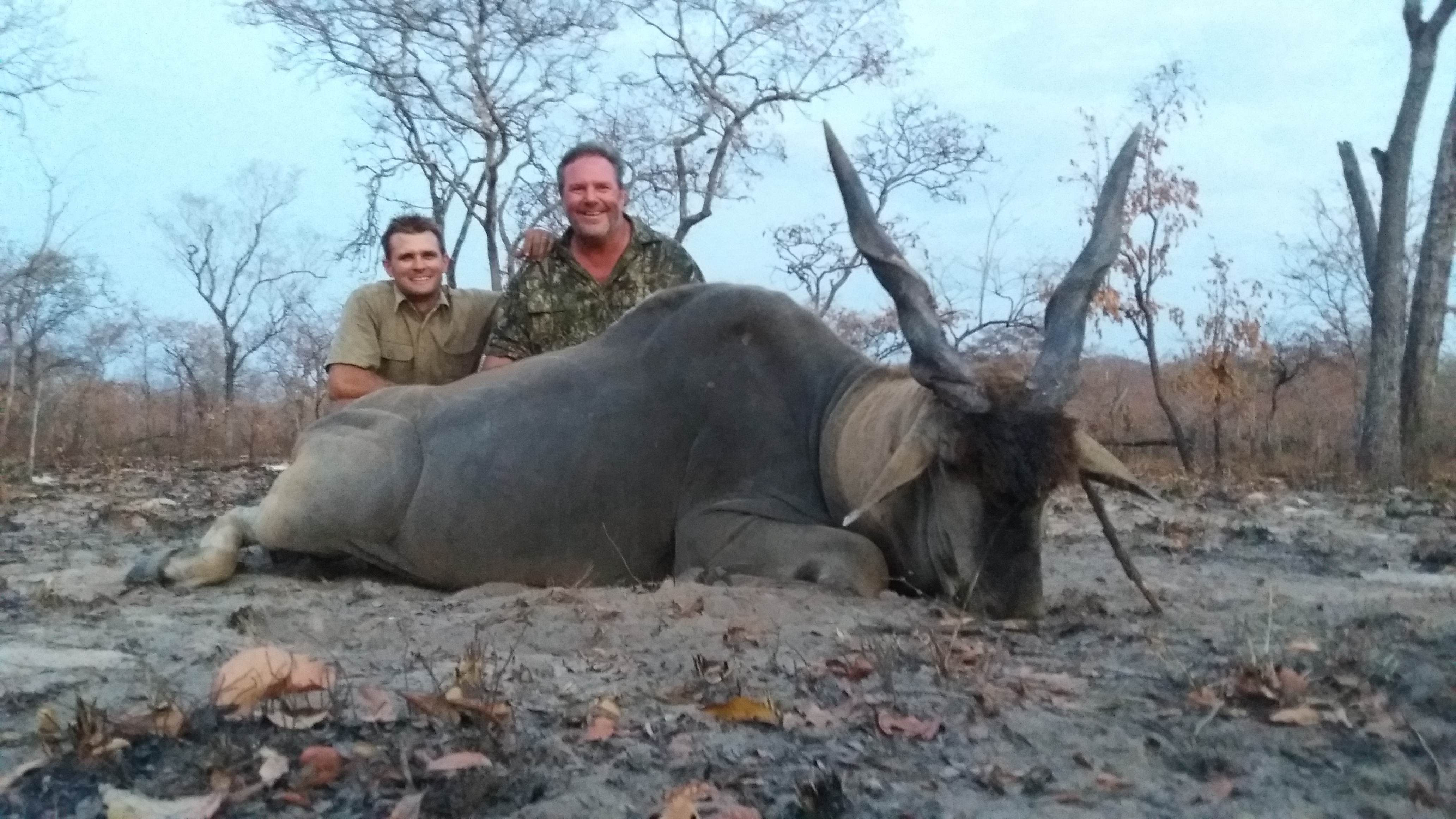 Coincidentally I am leaving for an eland hunt tomorrow and have been having a discussion with the landowner over trophy prices. Personally I find it very difficult to assess eland horn length. The best advice I can give has already been given: look for a big animal with a thick neck and pronounced dewlap. A blue tinge is also an indicator. Ease of assessment also depends on terrain. it's generally easier in open country ad you can study the animal whereas in bush/mopane you may have to decide quickly. Note that while there is usually only one big bull in s herd, you do sometimes find a couple of big Bulls together. That's when it becomes difficult. But the rule remains: go for the biggest most muscular animal.
D

BTW, the meat is outstanding regardless of size. So insist on a liver dish and a fee steaks

those blue grey old blokes right there are my number one african dream, beautiful!
D

Although others have probably already said it, a trophy eland is not an easy hunt.
If you are lucky you may find a good one with a group of cows in which event finding it will be quite easy. However big bulls are frequently solitary and they prefer to stay in wooded or bushed terrain - i.e. not often out in the open in bush country. This being so, the best strategy is usually to look for good (read "big") fresh spoor on a road/track and then try to sneak up on it. Most of our hunting here is on ranches varying from 1000 - 10 000 ha and one might be tempted to think that finding an animal this size on say 5000 ha would be fairly simple. However they are like ghosts. On one ranch I hunt regularly there are two known bulls in the 1 Ton class. They were spotted on a couple of occasions last season but no-one got a shot. This season they haven't been seen at all. They may have died but judging by spoor I would say that they are still around - just not showing. The fact that the bush has been particularly thick this year has not made things any easier.
The best country for hunting them successfully is open Savannah as you can spot and shoot from a distance.
They also occur in grassland areas, in our country frequently in mountainous terrain. There the challenge is getting sufficiently close as they have good eyesight and will more often that not trot off before you can get withing comfortable shooting range.
An interesting thing about an eland is its ability to jump. It easily clears a 6' fence without a run up. In fact they can jump higher - which is amazing given the size and bulk of the animal.
Although no-one has specifically asked, note that Eland are best hunted with fairly heavy calibres (.338Wm, .375H&h etc.). Its not that lighter calibres wont penetrate (they do) , but rather that you want a lot of shock and big permanent wound channel. This is especially true in bush terrain , where the objective should be to "pin" the animal

I was fortunate enough to take a old bull on my first hunt. He does not have alot of horn length left. The horns are chipped and worn down but he had an amazing dewlap hanging below his neck. It was an amazing hunt. One I will remember! 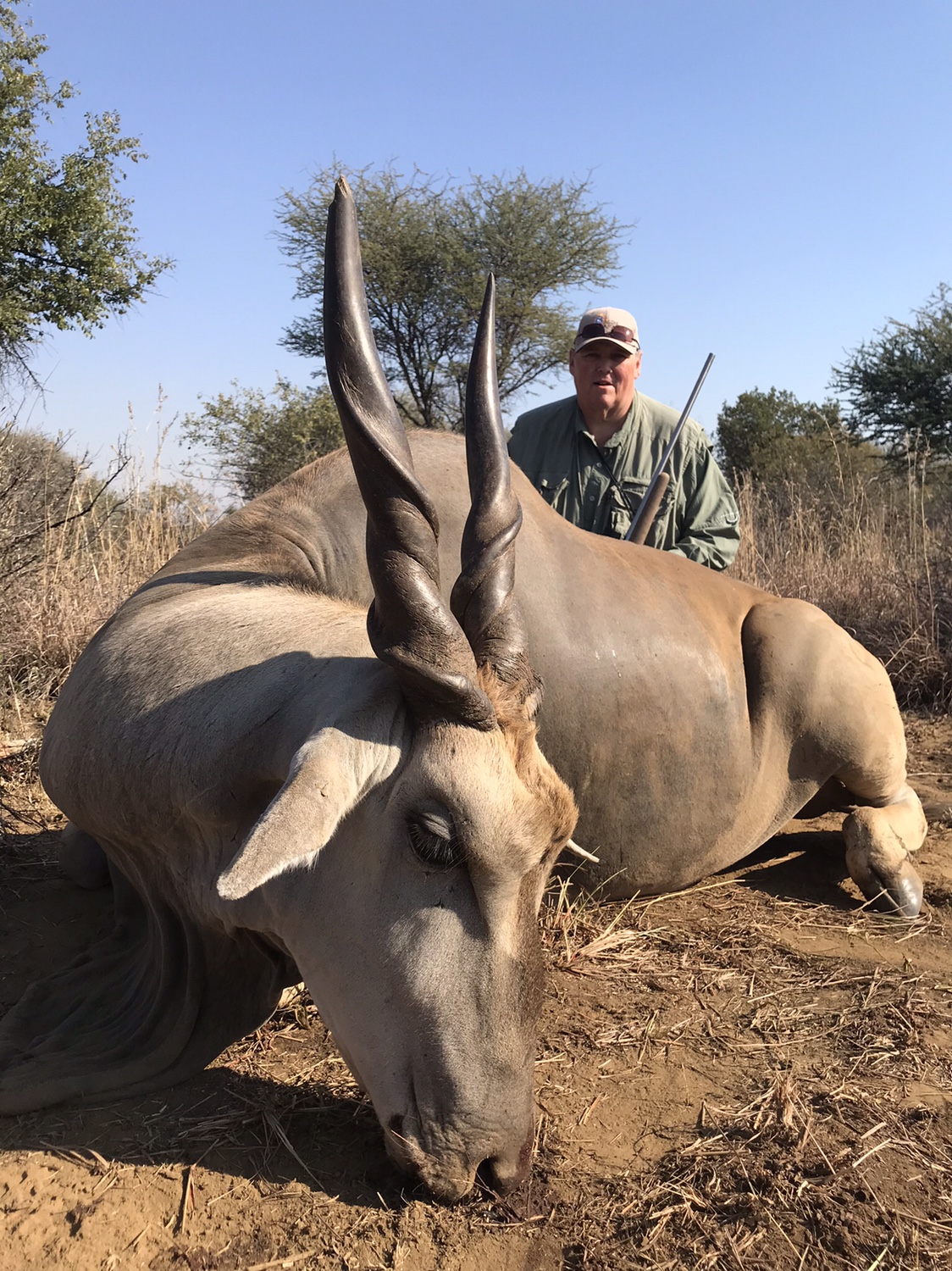