daggaboyblog said:
Gaur, lion, tiger, rhino, buffalo, elephant, panther, bear, monster sambar - an old school Indian shikar - good lord Monish, this is the stuff that dreams are made of! Such a shame it's all come to an end!

Monish I've not really done much reading around the topic of hunting in India - what was the motivation behind the total ban in 1972? Did the "excess" of colonial hunting and the Royal shikars put too big a dent in animal numbers? Was the human-animal conflict with subsistence farming families too great for the wildlife to maintain a grip on their declining habitat?

Would be interestedin anything you could share? Or perhaps you could recommend a book that might help explain the scenario and how it came to be?

The once most sought after hunting destination today , just is labeled as the TIGER COUNTRY where couple of thousands of these Magnificent creation of God, the Royal Bengal Tigers are fighting all the oddities to survive ...

bluey said:
they are certaianly awesome animals moonish
thanks again
Click to expand... 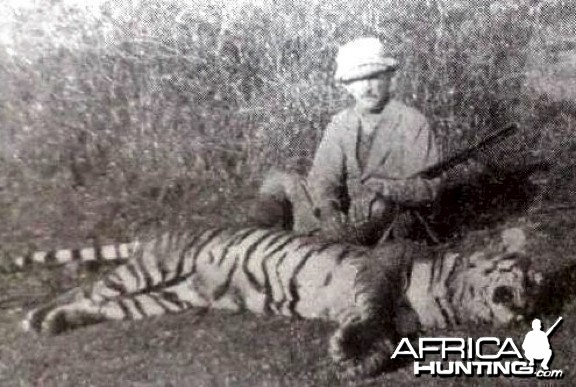 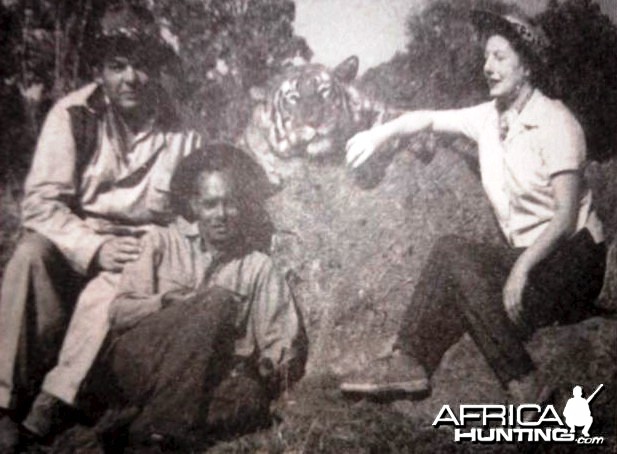 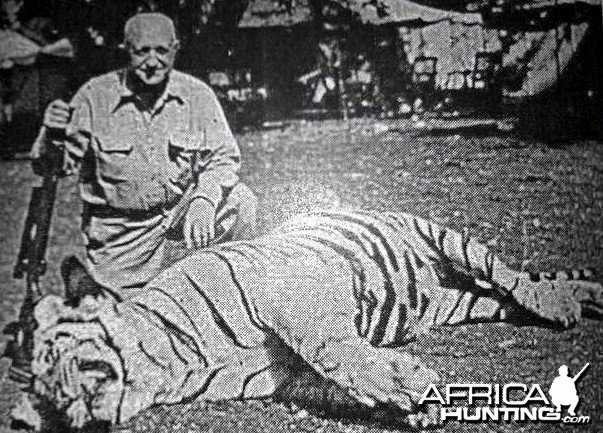 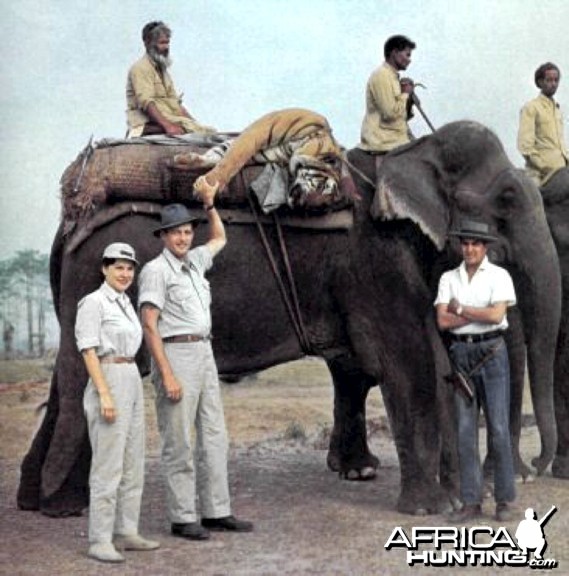 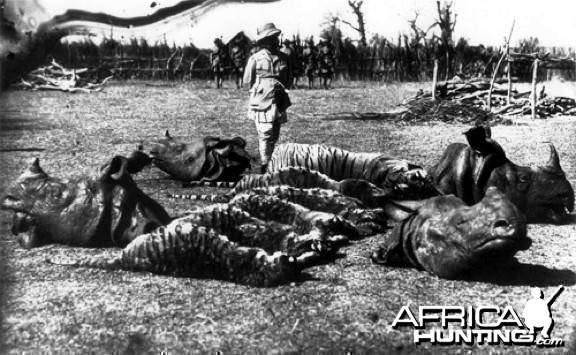 Great contribution Monish, thanks for taking the time to share these incredible pictures!

Here is another thread with some outstanding pictures: His Imperial Majesty's Shoot
Jerome Philippe, Founder of AfricaHunting.com

thanks once more moonish
youve gonr to lenghts to keep us entertained and informed with this thread and we appreciate it mate
THE HUNTER; The person that pays over 90% of the cost for the presavation and maintance of wildlife and gets zero credit for it ................

The once most sought after hunting destination today , just is labeled as the TIGER COUNTRY where couple of thousands of these Magnificent creation of God, the Royal Bengal Tigers are fighting all the oddities to survive ...

It's been a long time since we spoke. My wife has been very ill but has come through the worst of it now so I didn't have much time for the forums for a while as I was operating solo with work and my little girls. Hope all is well on your side. I was chasing elephant in August but no luck. We had a great time anyway, I must post an update on our safari. A tough hunt.

I took your advice and looked for a book on the subject - I just bought "Watching India's Wildlife: The Anthology of a Lifetime" by Billy Arjan Singh. Hope to see it in the next couple of weeks as I'm almost finished Lawrence Anthony's "The Last Rhinos". A great read as well.

AfricaHunting.com said:
Great contribution Monish, thanks for taking the time to share these incredible pictures!

Here is another thread with some outstanding pictures: His Imperial Majesty's Shoot
Click to expand...

How are you , my friend ? Thanks a lot , its a great honor to be a member of this elite hunting forum , I am glad you appreciate the little contribution that I put forth for our members ...
Here are some more pictures ....
Thanks again 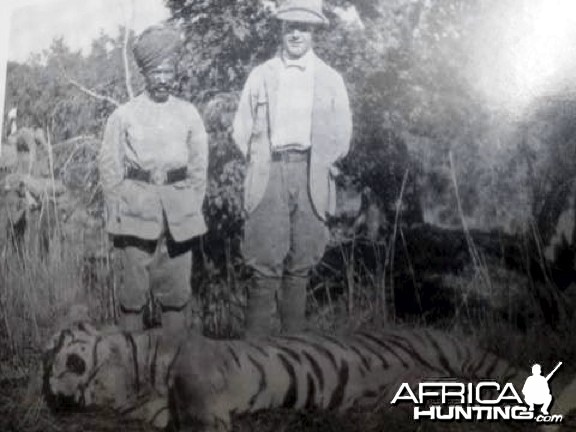 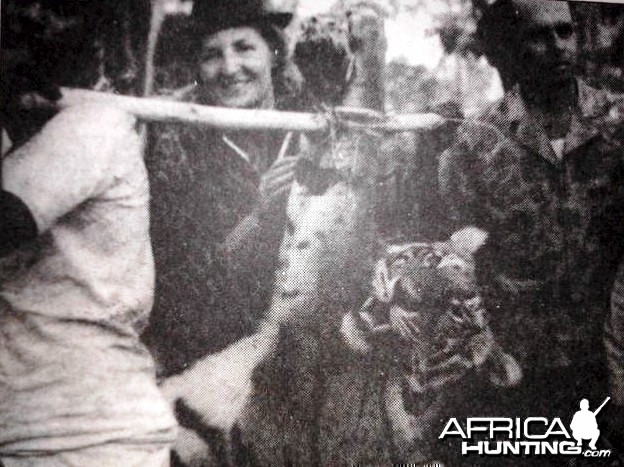 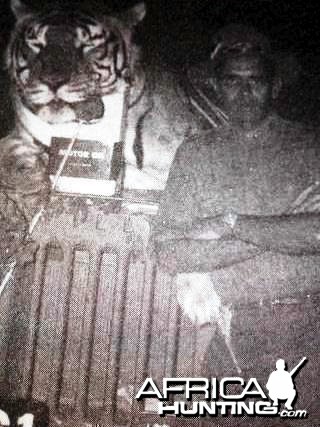 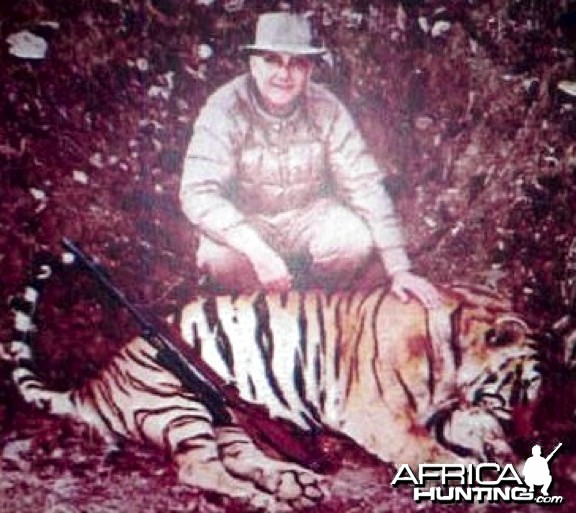 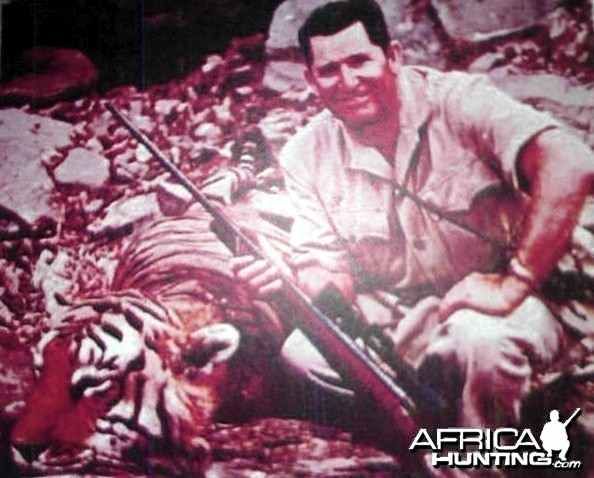 So sorry to hear about your wife's ill health , hope she has recuperated & is well again ?... all my best wishes to her ....

There are great many tiger conservationists in India , who have dedicated their lives for betterment of tigers & other fauna , some are .Dr. Ullas Karnath, Dr. Chundavat , M.K. Ranjit Singh & Mr. Bittu Sehgal ...

But it seems with all the millions & with all the effort, the tiger is losing out the battle to survive & no sooner would the posterity shall witness the TIGER FIRE & the reverberating tiger calls across the Jungles of India where the King of Beasts once ruled .....
Would love to read about your elephant hunting expedition ...

Thanks Dan , take good care of your wife ,your family & yourself ...

bluey said:
thanks once more moonish
youve gonr to lenghts to keep us entertained and informed with this thread and we appreciate it mate
Click to expand...

Thanks Bluey , am glad you appreciate the pictures ...

Some more of the hunting pics from the yesteryears... 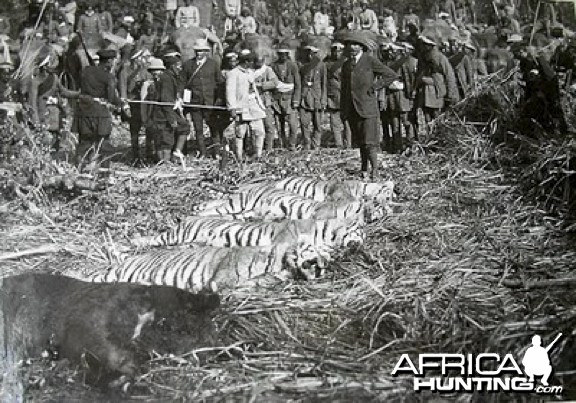 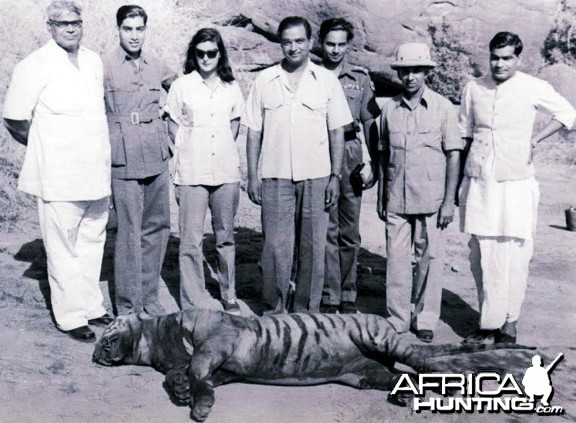 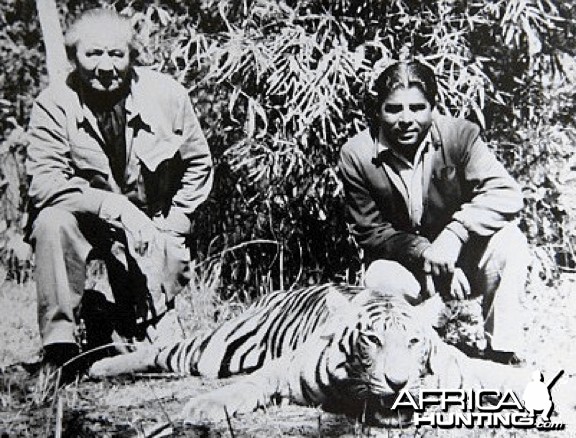 :thumb:gday stranger how have you been ?
hope you have a great new year thanks for showing us more pictures
THE HUNTER; The person that pays over 90% of the cost for the presavation and maintance of wildlife and gets zero credit for it ................

:bighello::thumbsup::geek::barmy::nice: WoW Bravo Monish, Great pictures collection upload indeed. you've had described those hunts and hunters if possible, anyway its already appreciated hats off to you bud:clap::rockon::giveusahug::focus: I shall be obliged if you kindly send me some links of hunting stories books, Ive already read Jim Corbett and Kenneth Anderson. :bighello::humble:eace:

Monish, more great pics,,,, I still think you own a library..... Keep them coming my friend, love them.:beer:

The Maharana Bhupal Singh of Udaipur
with one of his finest Tigers taken way back in the 1940s...… 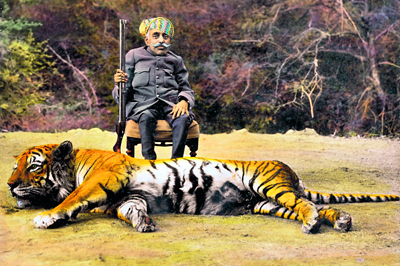 WOW What a treasure trove of history!
Does anyone remember the stories by Jack O'Conner and his tiger hunts? I think he got 2 of them.
I was a young lad reading every issue of Outdoor Life in the late 50s and 60s.
Pip Pip Cheerio!

Either you spend hours on end at Google or your uncle owns a library.

In 1999 myself and my significant other half went to India for a holiday.
As a young twenty year old she had done voluntary service overseas in Southern India and wanted to go back to India.
The year previous we had been in Egypt where the revenge of the pharoahs descended upon me with a vengeance.
I struggled and protested to no avail as I saw a good case of Delhi belly looming on the digestive tracts horizon
So we went with my one stipulation that we visited Kumoan to see where Jim Corbett lived and stay in the Corbett Tiger Park.
Three days viewing the animals,we rode on a tame elephant amongst the wild elephants,wild boar,kakar deer,known as muntjac in England,jackal,mugger crocs in the rivers along with massive masseer fish.
However we didn't spot a tiger,that's life. Heard one roar in the forest one evening as we left an observation tower with a 1km walk back to camp. I never saw my wife walk so fast !
After this we went to Kaladhungi,Jim Corbetts winter home. Sadly his house had fallen into a state of disrepair along with the wall he had built around the village.
Then we visited Nanital where Jim and his sister had their summer house. We,or rather I,had a look at it. A bit of a pilgrimage really,somewhat appropriate for India.
We met an old man who remembered Carpet Sahib. He took us on a horse ride down the old walkway down to Kaladhungi. Jim used to walk that! He must have been a fit man,it's steep.
Sadly the Saal forest of Jims days are gone,replaced by farm land. Still it was fairly awesome to walk in the footsteps of what to me is a hero.
Recommended reading,Maneaters of Kumaon,The Temple Tiger. Enjoy

Excellent photos.
Thank you very much for posting them.
I had read many years ago that leopards were common in parts of India and Asian rhino were once common enough to hunt there as well.
But, I only learned a few short years ago that Lion were also present in some parts of India (seems like I read somewhere that a very few wild lion are still living in northern India but I do not remember for sure).
You included photos of lion and I especially enjoyed those.

Thanks again for the photo posts, they all are time machines and magnificent viewing.

monish said:
Some more of the old hunting photograhs from the British India , the bygone era of golden hunting days . SHIKAR as it was called was the most passionate sport amongst the Royalty , the rich and the famous. 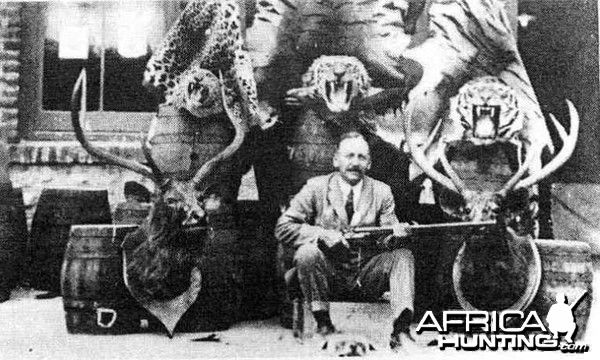