Happiness is picking up a crate of trophies........

Happiness is picking up a crate of trophies........

In August of 2018, my daughter and I did a seven day PG hunt with @Game 4 Africa Safaris. The hunt report for that hunt is: https://www.africahunting.com/threa...orn-slam-x2-with-game-4-africa-safaris.44777/

Fast forward almost a year and the trophies were delivered to IAH and I picked them up yesterday (July 25) and they are hanging on the wall today! Zebra flatskin and shoulder mounts for Eland, Waterbuck, Blue Wildebeest, Bushbuck x2 and Warthog x2 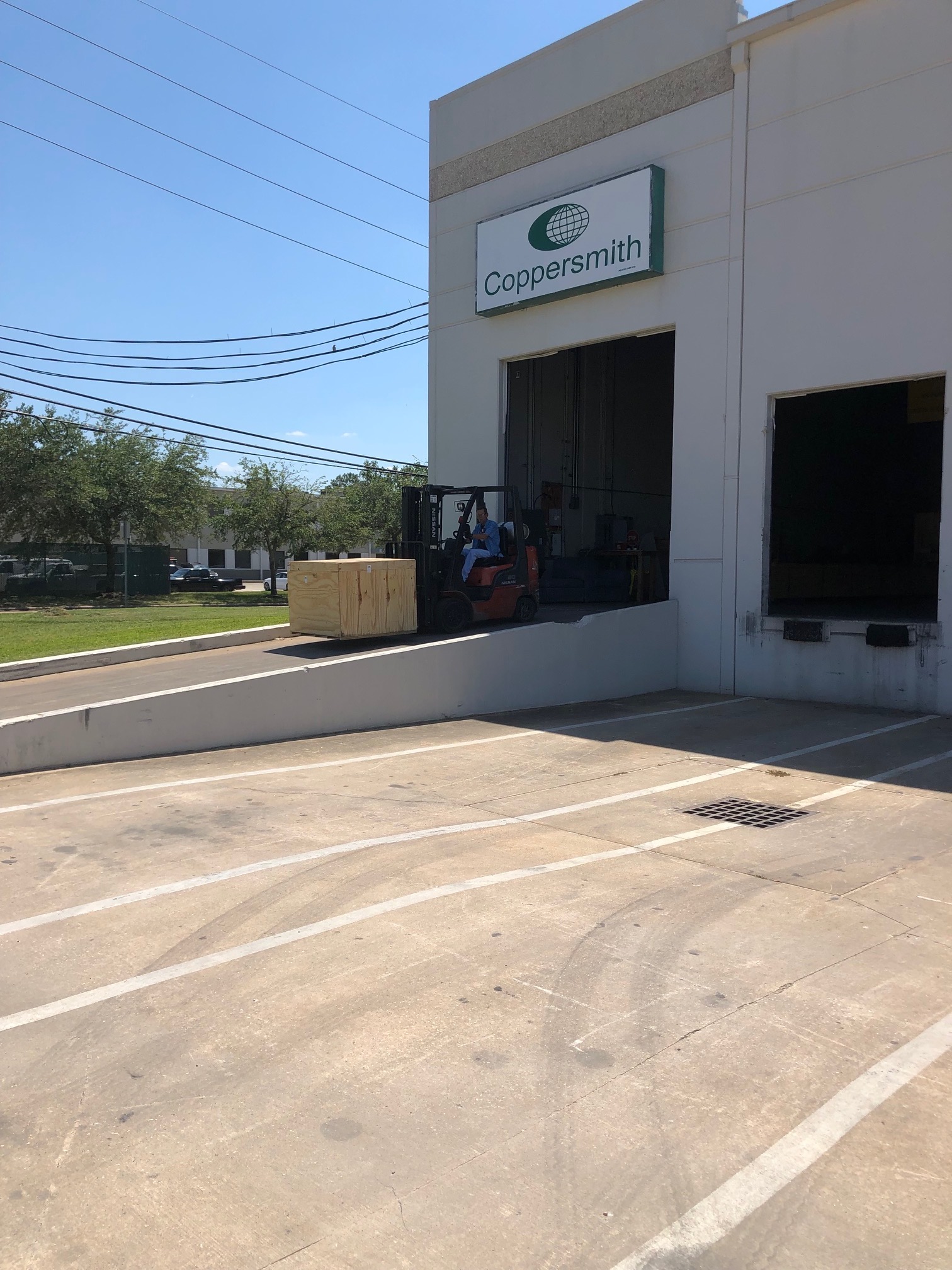 Happiness is getting the email from Coppersmith that the trophies have cleared Customs and USF&W inspection and good to go. Beautiful, sunny clear day in Houston and only in the 80s with low humity. 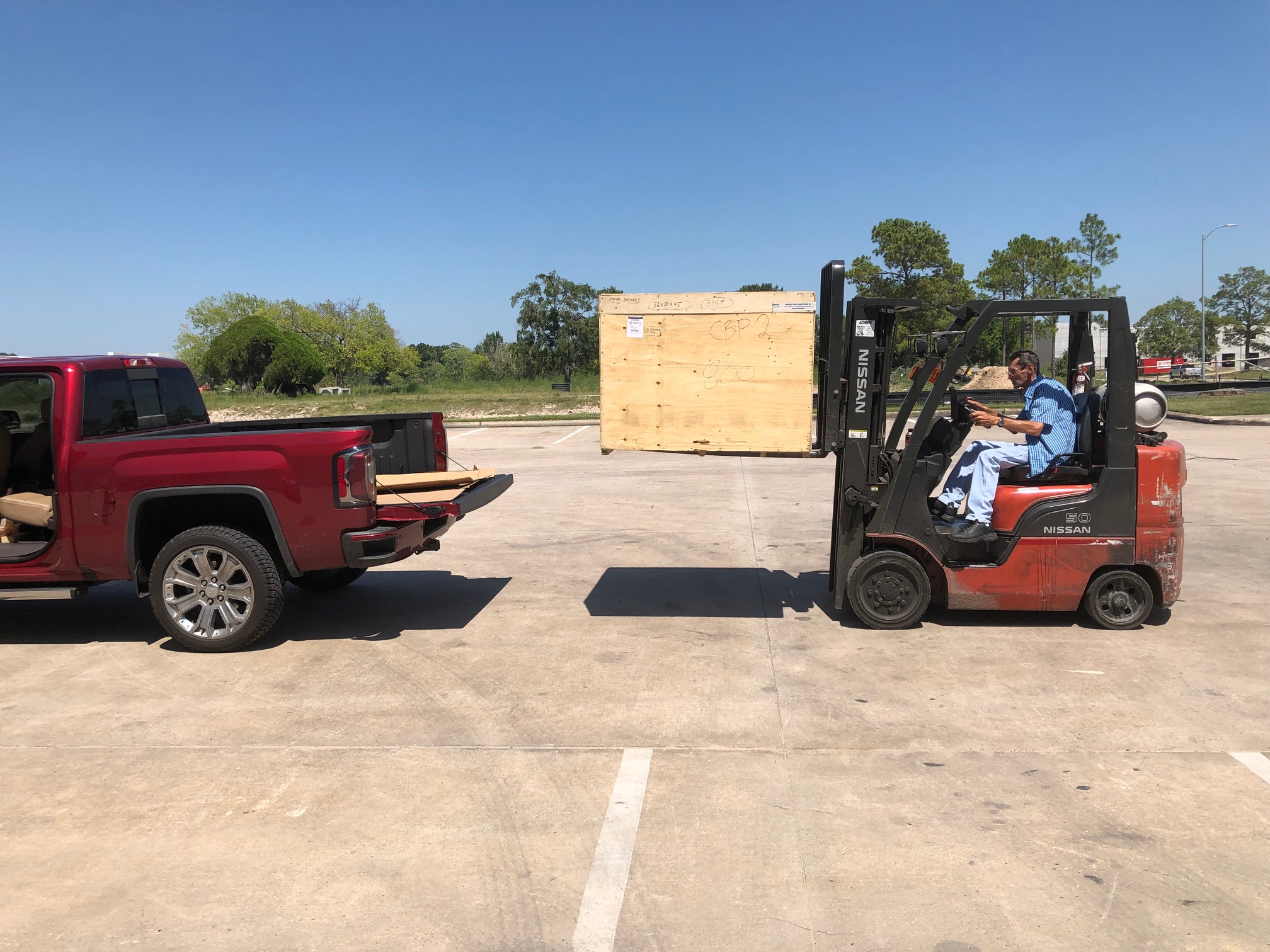 Happiness is having a crate that will just barely fit in the truck...........and a skilled and friendly forklift operator to gently load it. The lady at Coppersmith that I had all my email correspondence with, Tammy, even came outside to say hello and thanked me for the business. 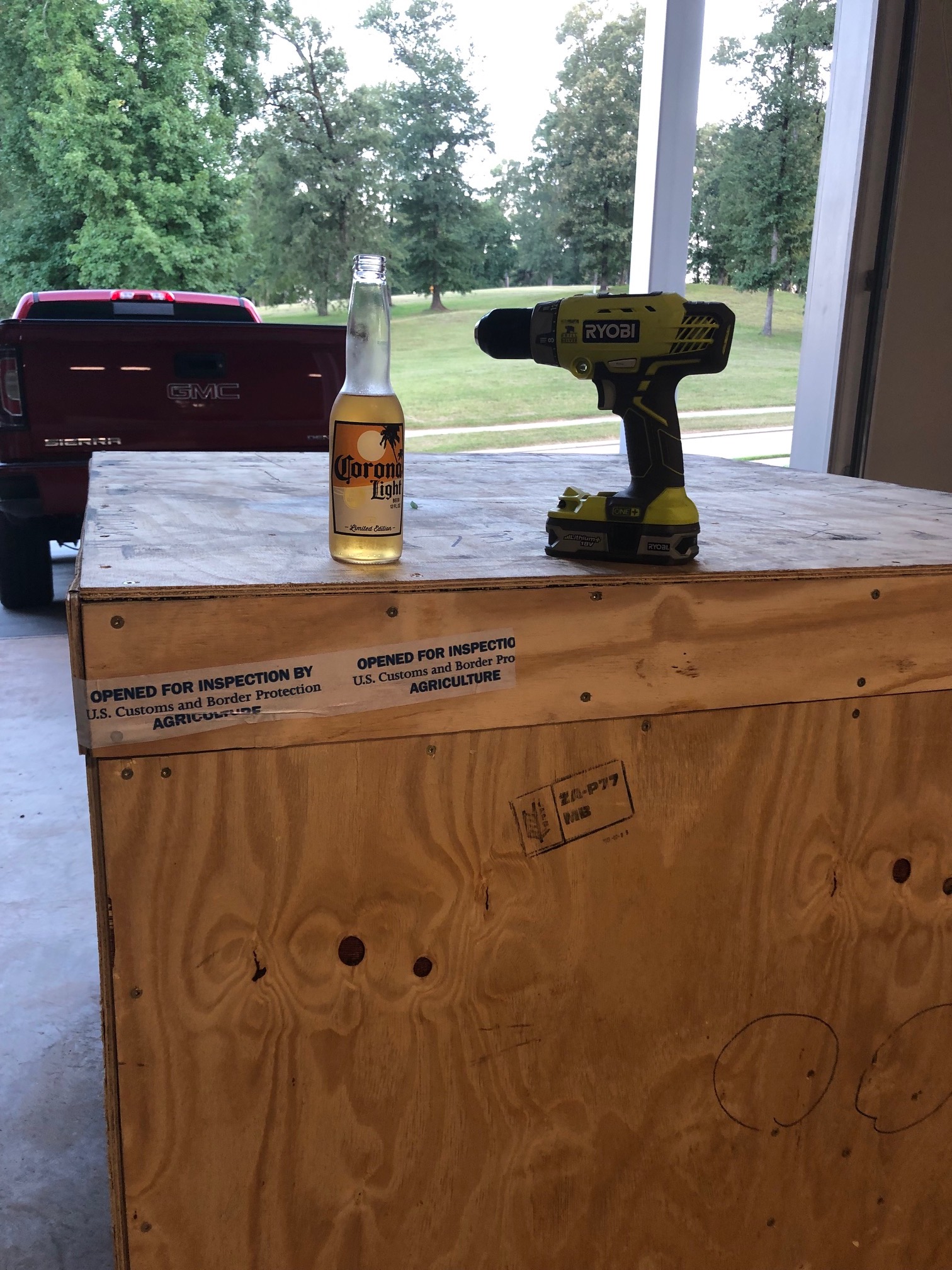 Happiness is unloading the crate into the garage, having a cold beer and a charged up drill to unscrew the mind boggling number of screws. I am guessing 10% of the 300 lb crate is from the screws.

Total happiness wasn't achieved until a friend showed up with the appropriate Robertson square bits for the screws. I've had crates with Phillips, Torx and now Robertson.........gee I wish the crating industry would standardize! 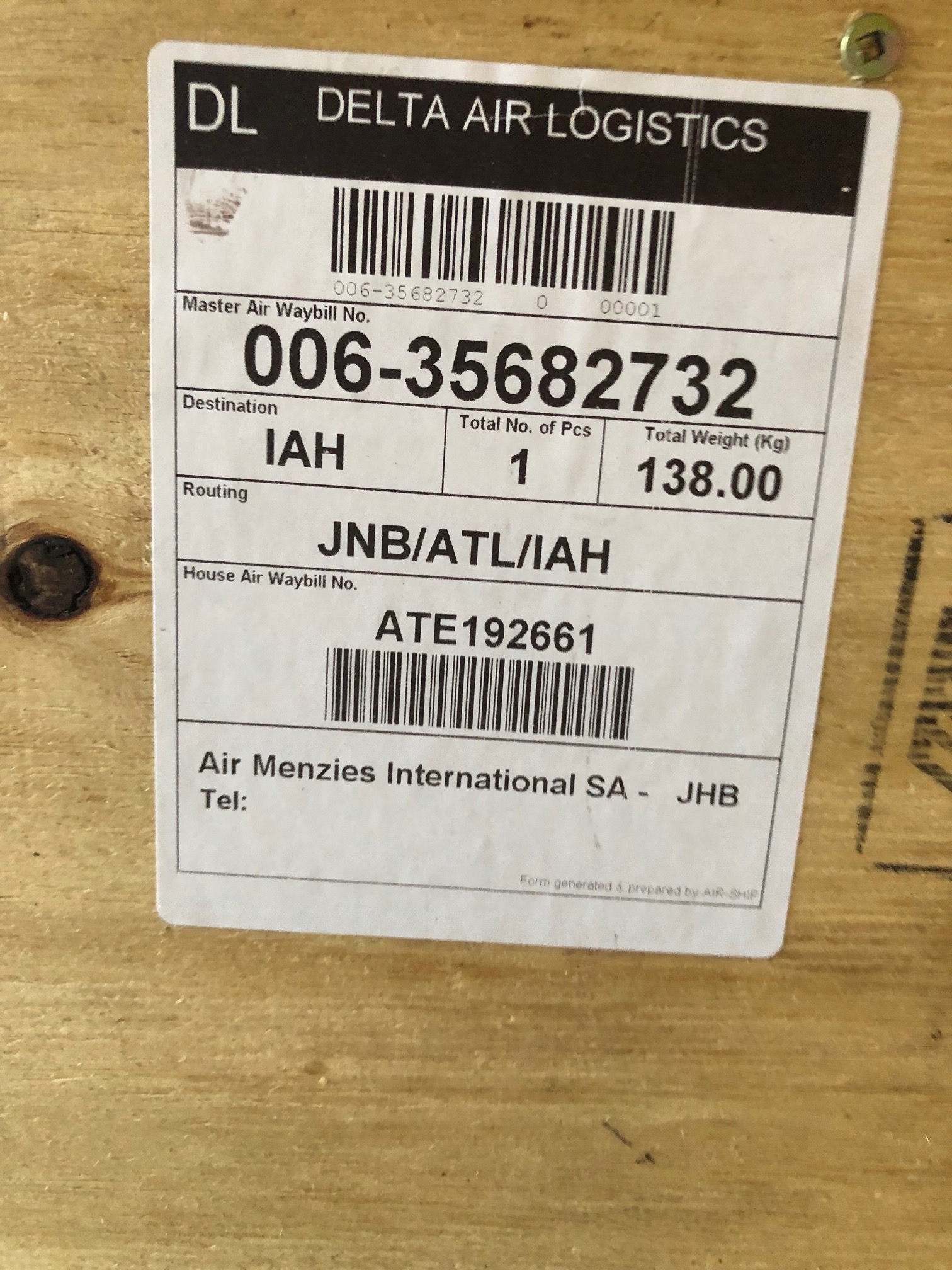 Air shipping was via Delta. Once it landed in ATL, the crate had to be opened for a USDA vet inspection. The Delta "Flight" to IAH was actually via truck. 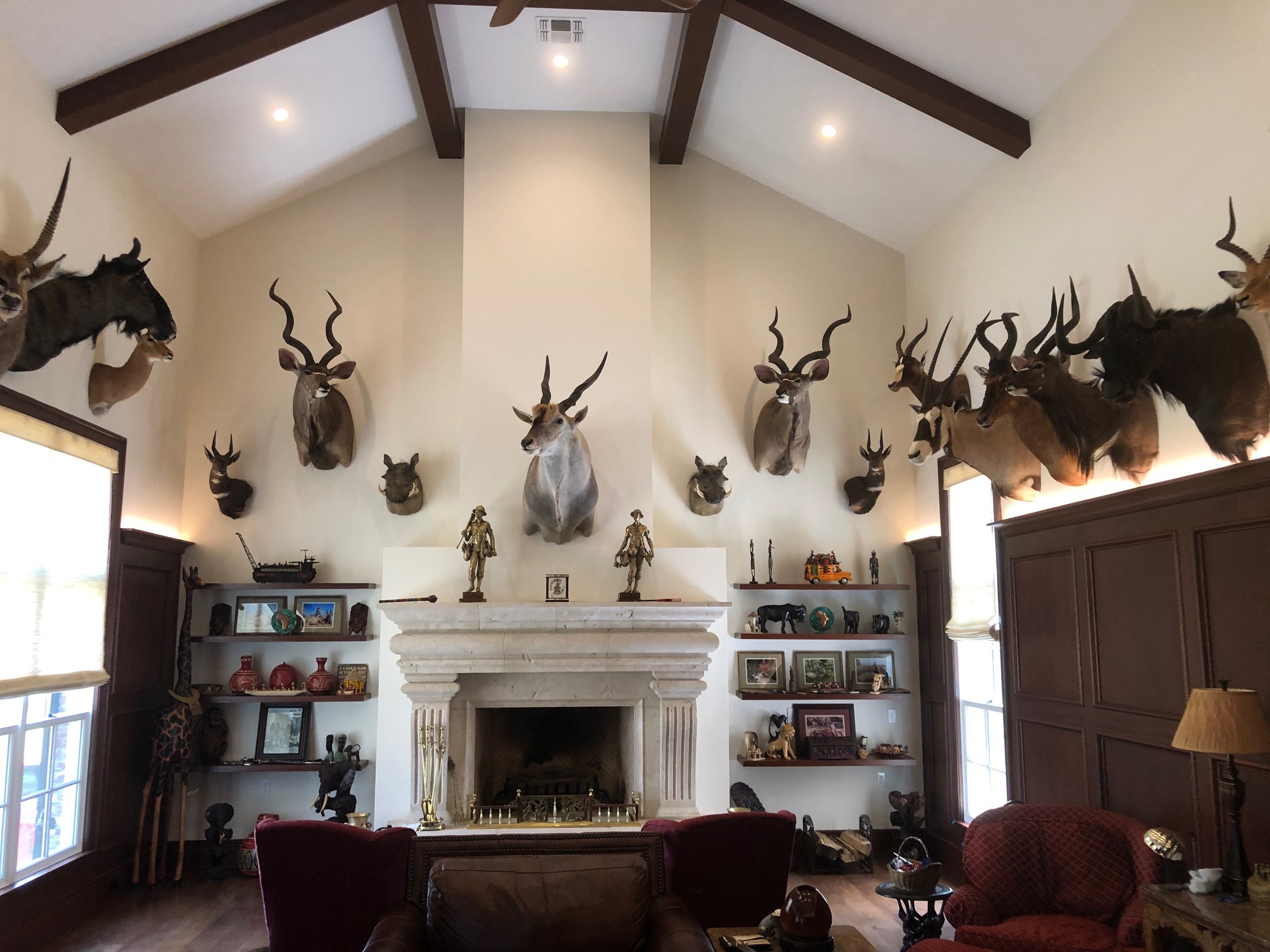 The two Bushbucks and two Warthogs fit nicely under the existing Kudu mounts. 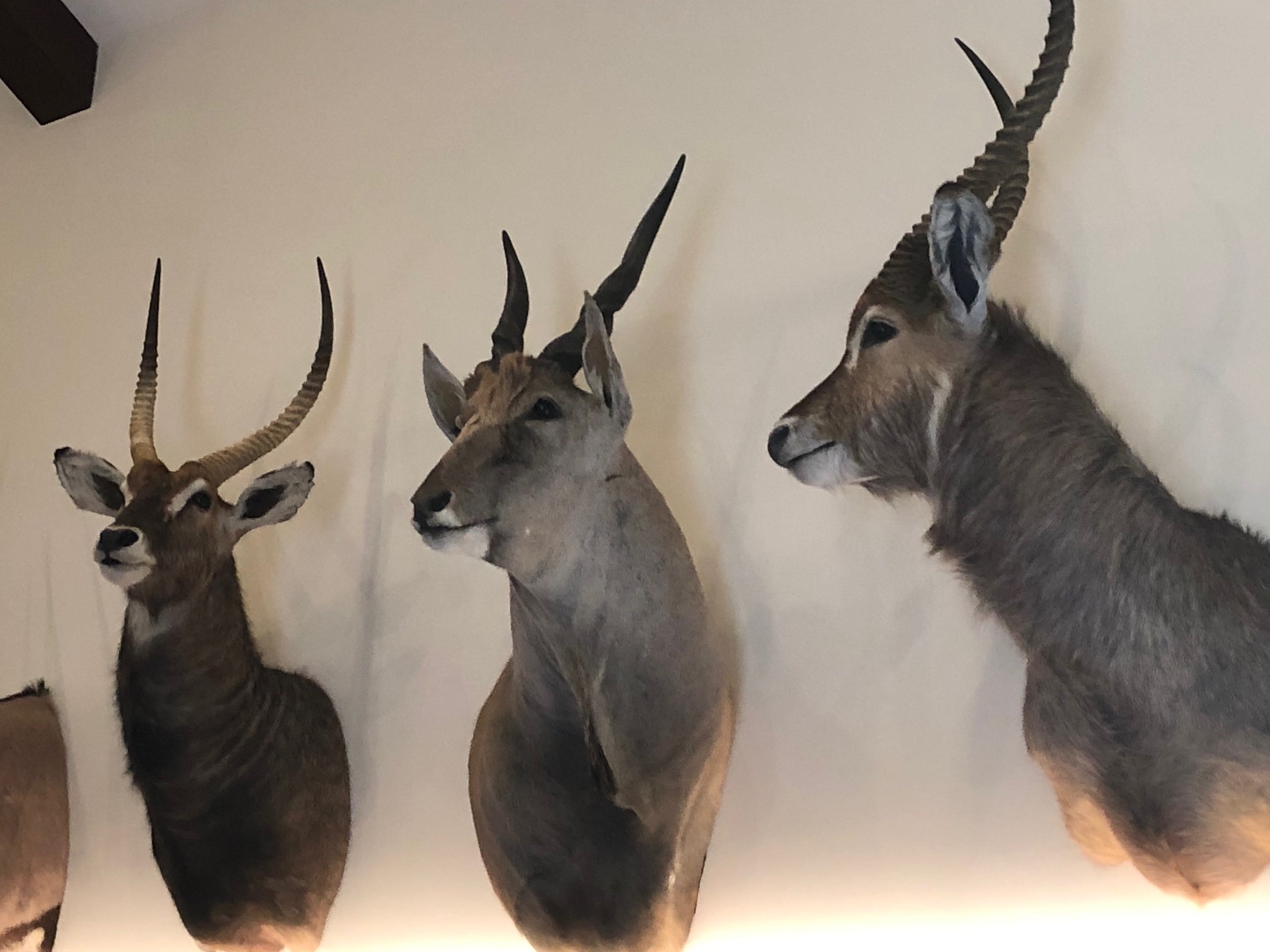 The Eland and the Waterbuck on the right are new and both were taken by my daughter, Elise. Elise has dubbed them "The Dynamic Duo." The Waterbuck on the left is one I took in Zim a few years ago. This photo gives me new appreciation for the size of a Waterbuck, they too are quite large animals. The Eastern Cape WB is the bigger of the two and went 31.25". 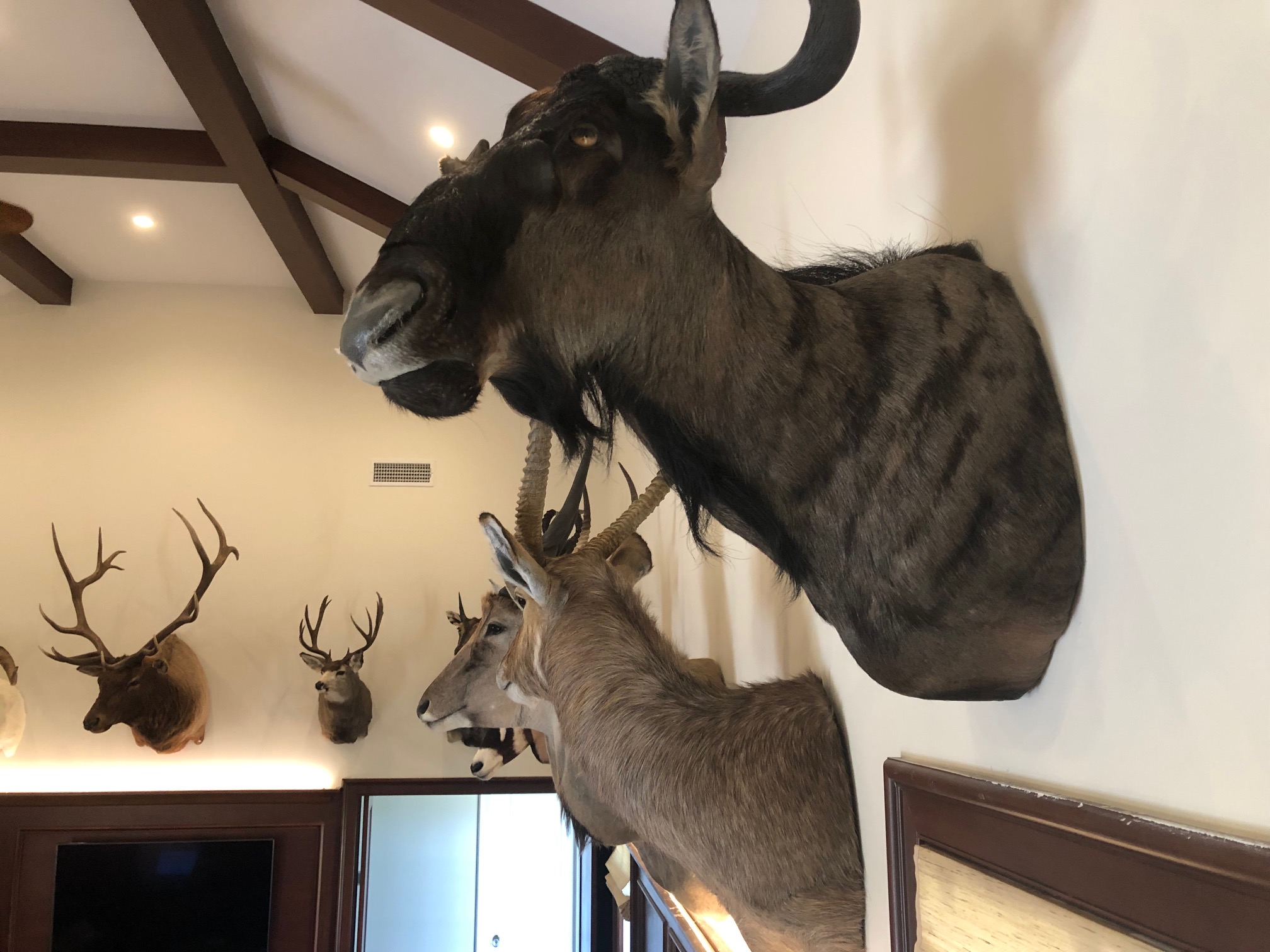 The Blue Wildebeest I was not happy with. I had asked the taxidermist to give it a "looking down" pose, as I knew the place I would be hanging it was fairly high. Oh well. 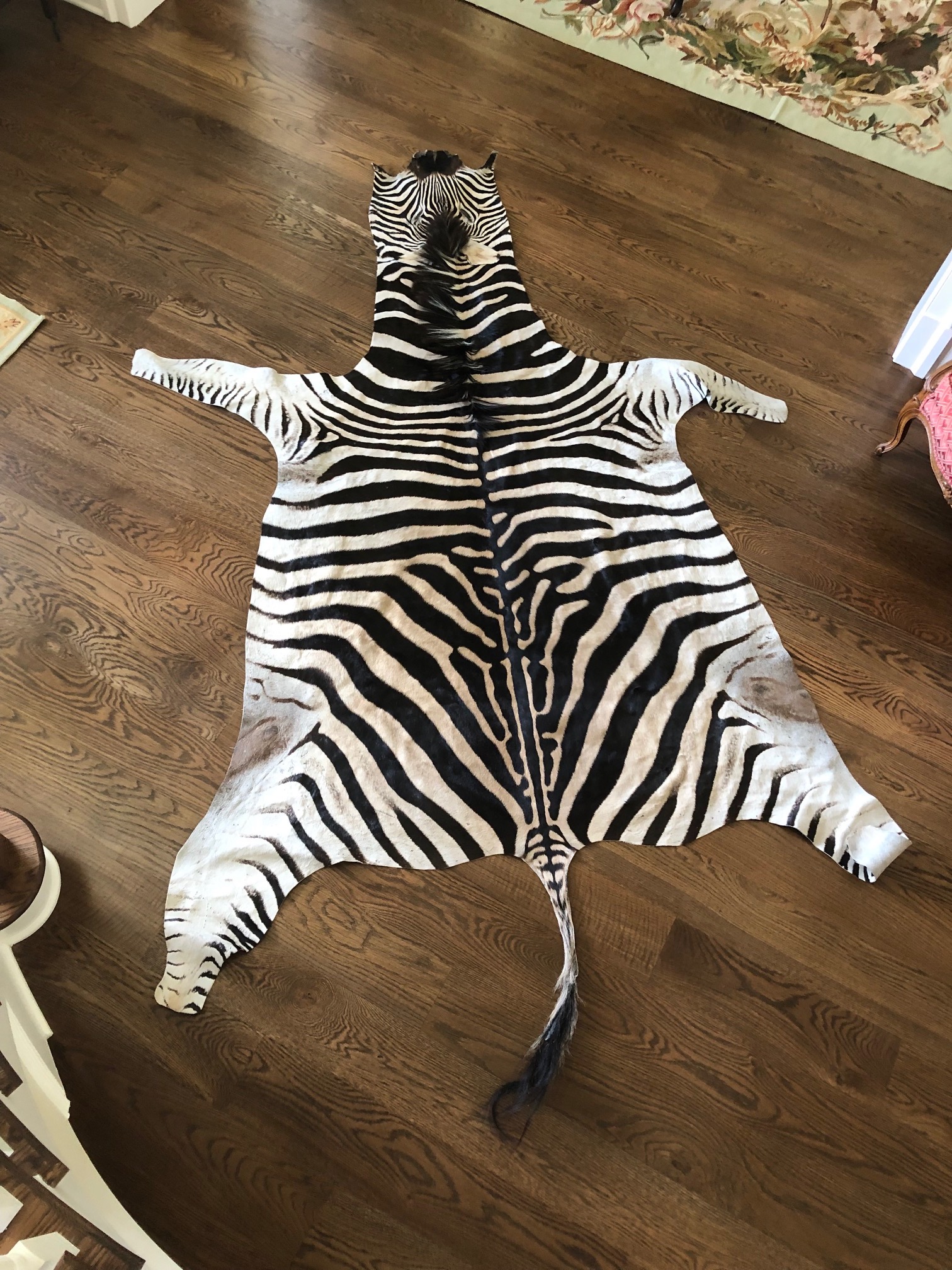 The zebra flatskin turned out nice, very happy with it!

It looks great!
And here I am, returning to Africa of many faces;.... the sloe-eyed temptress with flowers in her hair who stole my youth and my heart, and left me an old man with a kaleidoscope of conflicting memories of many dashed hopes and some fulfilled dreams. E. Echols

Congratulations! I am patiently waiting for my similar day!!

375 Ruger Fan, that is a grand man cave! Oh am I envious! Some really fine trophies in there as well!
Africa on my mind.

Very nice Dave! What a splendid room! Only thing it is missing is @tarbe @me and @Macallen18!
"Montana seems to be what a small boy would think Texas is like from hearing Texans" John Steinbeck

Absolutely awesome!! Love how everything is set up! Looks great!!

Yes it is happiness!!

Congrats on getting them home and for sharing!
John 3:16

Looks great congrats. thanks for posting

That Elland/Kudu/Bushbuck/Warthog arrangement is perfect! And the rest ain't too shabby either! I'm gonna drive down from Saskatchewan just to get a better look! Lol!
"I don't need to shoot farther...I need to hunt closer." - G. Sitton

375 Ruger Fan said:
The man cave is getting full!
Click to expand...

I think I see some bare spots, lol!

O man! I wish I could like it three times!
And an open cold "Corona", on top of the the crate, has special meaning!

Congrats. Trophy room looks great! I can only imagine what great stories will be told there...

Wonderful trophies and a beautiful trophy room. The BWB maybe didn’t turn out like you wanted but still looks great.

Great room and trophies, congrats !
You must log in or register to reply here.

Trophies are in Arizona

Trophies are finally home, thanks for the help