Ill dig the rifle out of the safe and take some pics this evening after work..

The guy that did the engraving for me used a very high end, industrial laser engraver (he told me he paid $25K for it).. He used a tall and narrow font.. so the words dont crowded or tight.. but.. it is a little "long" across the barrel and takes up a good bit of space..

He basically started about 1/4" higher than the line of the stock, and about 1/2" in front of the action... the engraving is roughly 2 1/2" in length (I'm guessing on these dimensions since I dont have it in front of me right now).. and the letters are just a hair taller than 1/8"...

If he had used metal stamps or tried to hand engrave it, I think it would have been a mess.. but the industrial laser engraver seems to have done the trick just fine..

I'll also post his contact information when I get back online tonight if anyone is interested.. the guy is a knife maker by trade (among other things) and bought the engraver so that he do very fancy engraving on his knives as well as on pistol slides, magazines, etc.. his machine can not only engrave metal, he can also engrave wood, plastic, kydex, etc.. and will "burn" images into leather as well (he is putting images on leather holsters, knife sheaths, etc. also.. if you want something like that, all you have to do is provide him with a high quality image.. he can feed it into his engraver, and then burn it onto your sheath or holster)..

He is just getting started with all of the engraving services.. so he is very affordable.. it cost me more to box up and ship my guns (he did 2 for me) and ship them back than what he charged to actually do the engraving..

I have 2 engraving options now.. although I havent seen the results from the second guy just yet..

McClelland Gun Shop in Dallas has an engraver local to the DFW area that they claim does very good work that they use for all of their needs.. I gave them my 416 Taylor last week to have the barrel engraved for me.. I should have it back the first of next week.. once I see how things look I'll report back here..

Even though my other guy has proven himself to do good work I thought I'd give the local option a try.. if for no other reason, just avoiding the pain of boxing up a barreled action and shipping it across the country and back (as well as the expense)..

An update on this project. It has taken time but is moving along and I thought some may be interested.

Barrel has been fitted to action - it was profiled pretty much as mentioned earlier in this thread - not quite exactly what I wanted on the Nocks form - due to some detail I left out in my instructions - but I'm happy with it.

Recknagel trigger fitted - very happy with that - extremely crisp. It was only about $20 more than a Timney in the end.

Custom made front sling eyelet by the smith came up really well.

Dakota 3 position safety - that was a bit of hiccup - had it for a while - got around to checking it ... pin missing. They wouldn't post it to me being an international alien and all ;-) - so that took a bit of time and effort to get - but it's fitted up and looks good and functions well.

Talley bases fitted - I had a pair of Talley 'blank' gunsmith bases just in case the M98 small rings didn't work out - but they were fine.

Scope I had was too short ;-( so went to plan B on that but rings (Talley lows) are not giving enough bolt clearance - so need to consider a) slight bolt bend b) taller rings or c) a bit of both.

The bottom metal I've had sitting there was a bit rough - new but quite a few casting marks that I've dome an initial clean up on and the smith will do final finish on.

The timber is still sitting my cupboard ageing gracefully ;-) - I met with the stockmaker last week - he's expecting to be 6 months or so once he gets it.

Finally tracked down some .275 Rigby headstamped brass (Hornady) that is sitting here now.

Finally tracked down an engraver who does great work and has quick turnarounds. Pretty sure I have settled on

and serial number on front ring and trigger bow

So, still a few more things to work through - but getting closer.

If you shorten the bolt root so that the start of the handle shaft junction is at the edge of the receiver then the low talleys give clearance even with a scope cover on. No bend needed 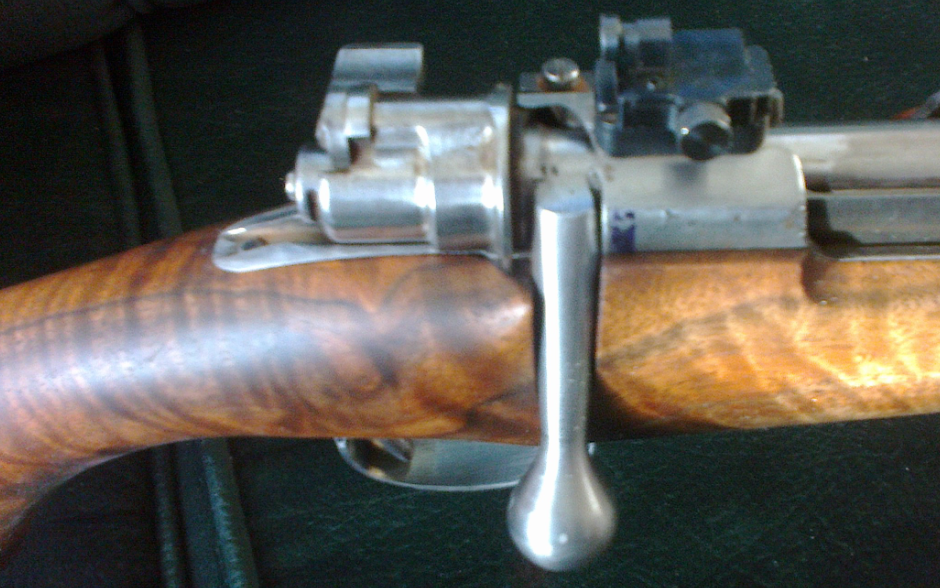 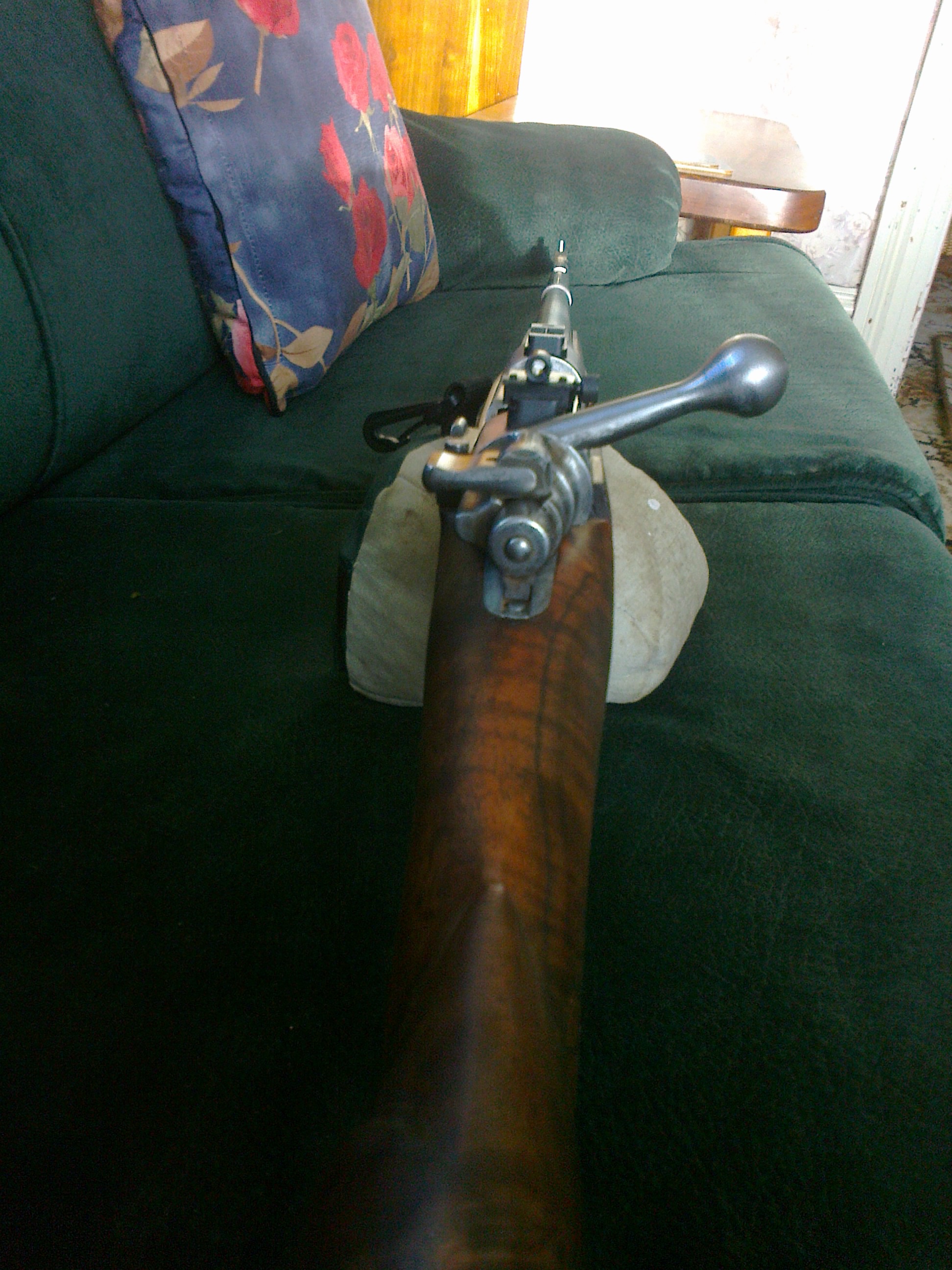 Thanks a lot VG - will check that out. Your rear sight looks interesting, what is that? 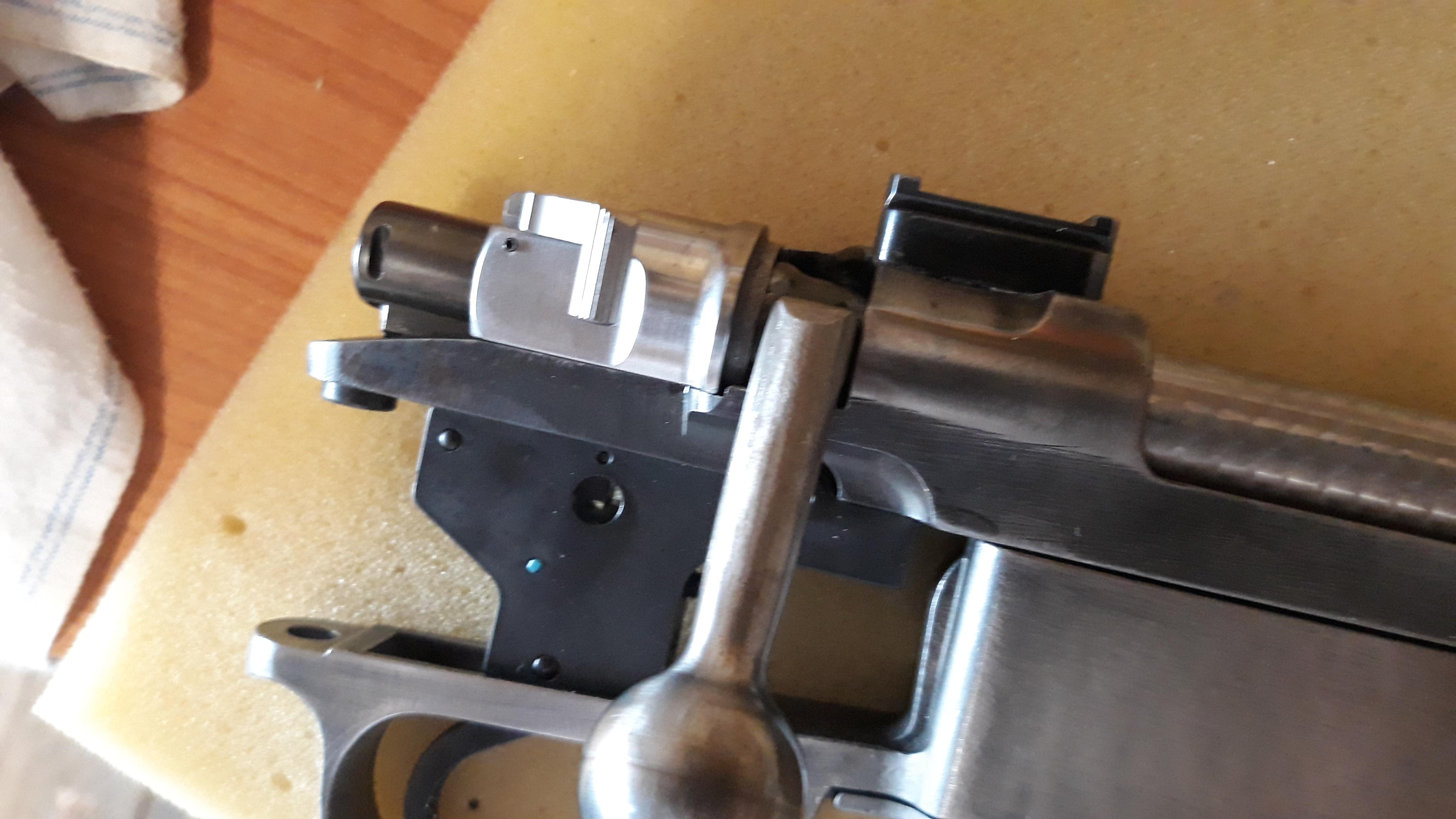 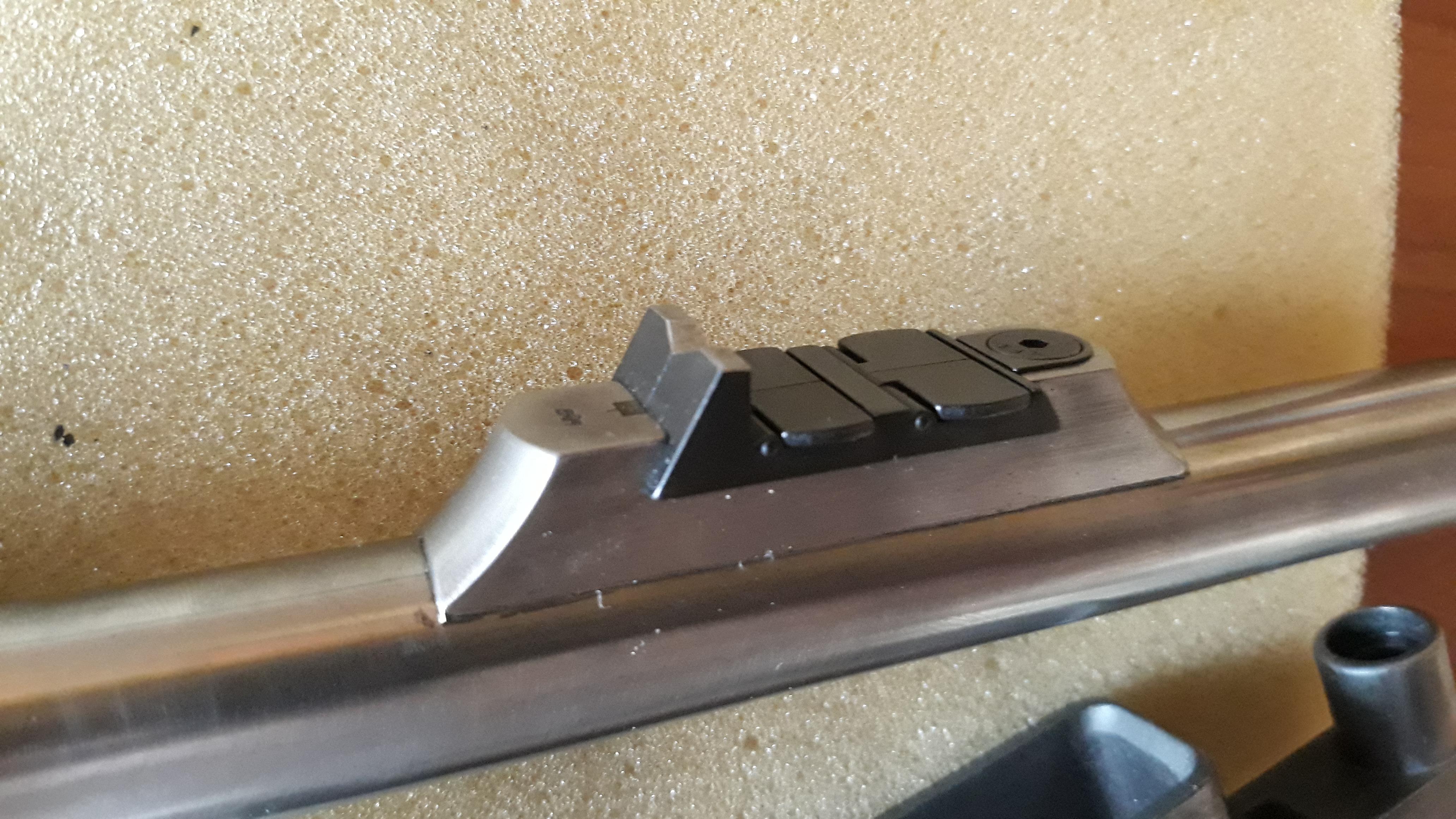 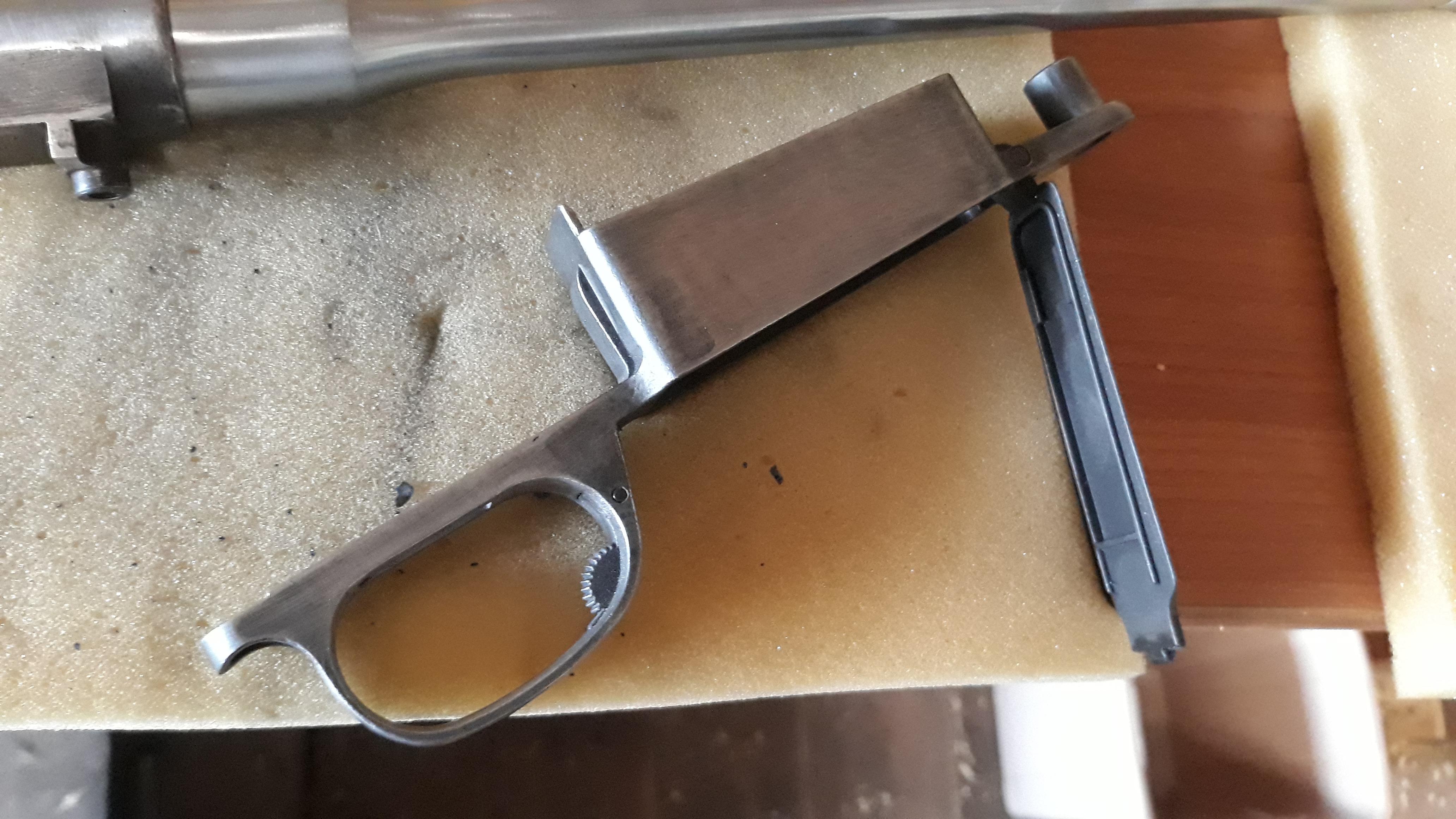 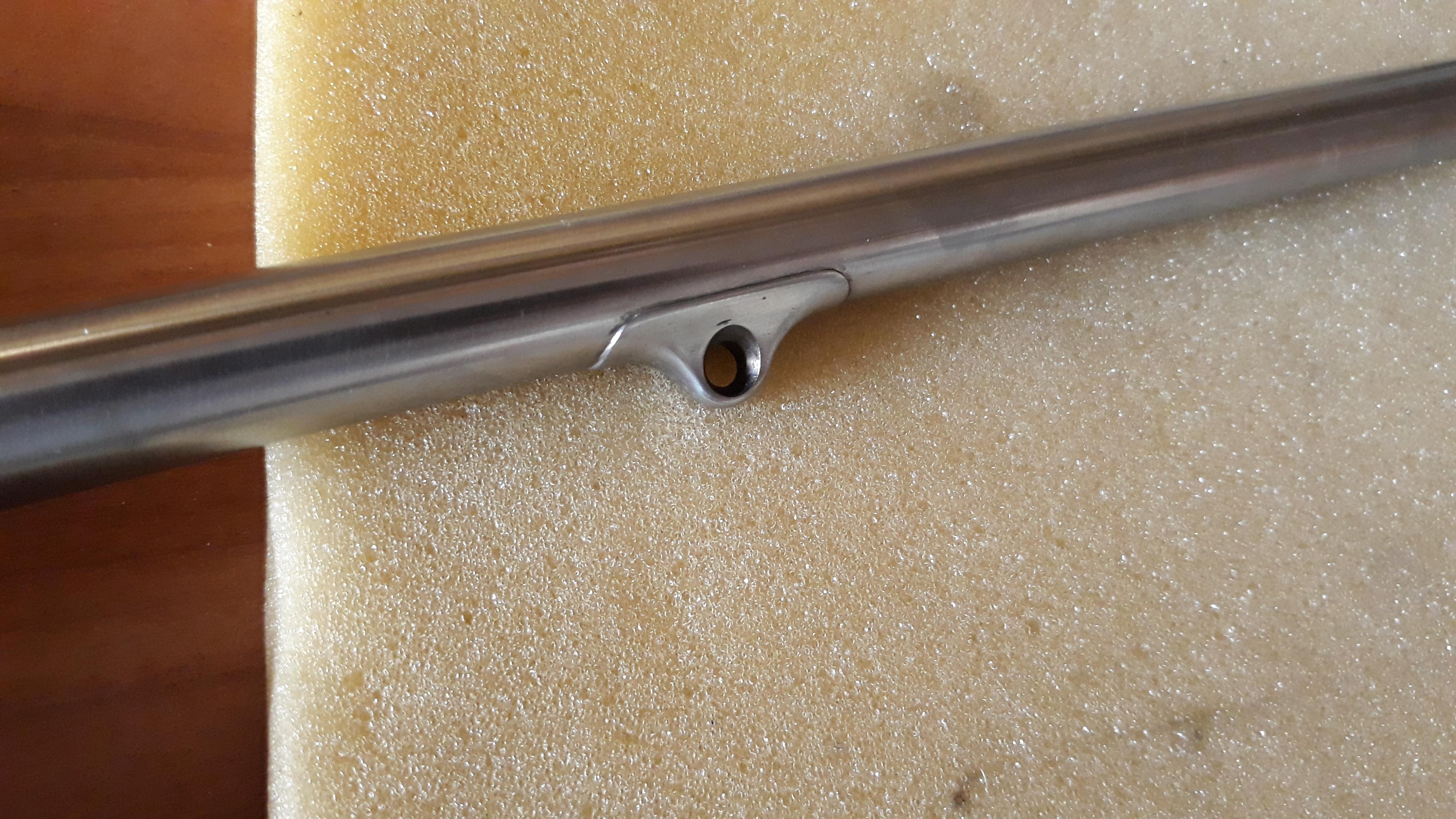 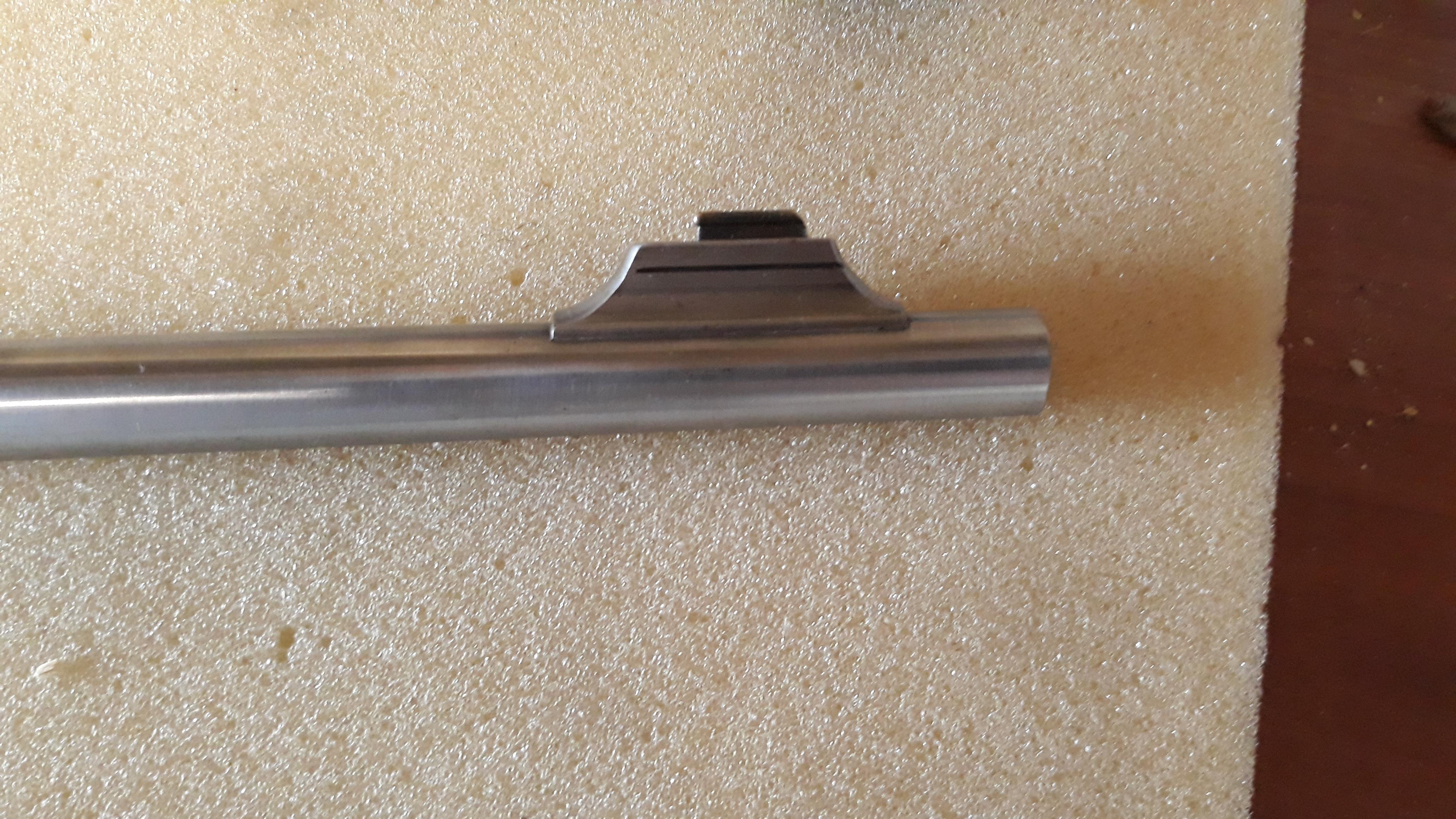 Tintin said:
Thanks a lot VG - will check that out. Your rear sight looks interesting, what is that?
Click to expand...

That is the Talley aperture sight. Simple to carry in case of need (or want) to hunt with irons instead of the Leupold vari x 111 2.5-8 that it (6.5x57) wears..
https://www.talleymanufacturing.com/product/peep-site/ 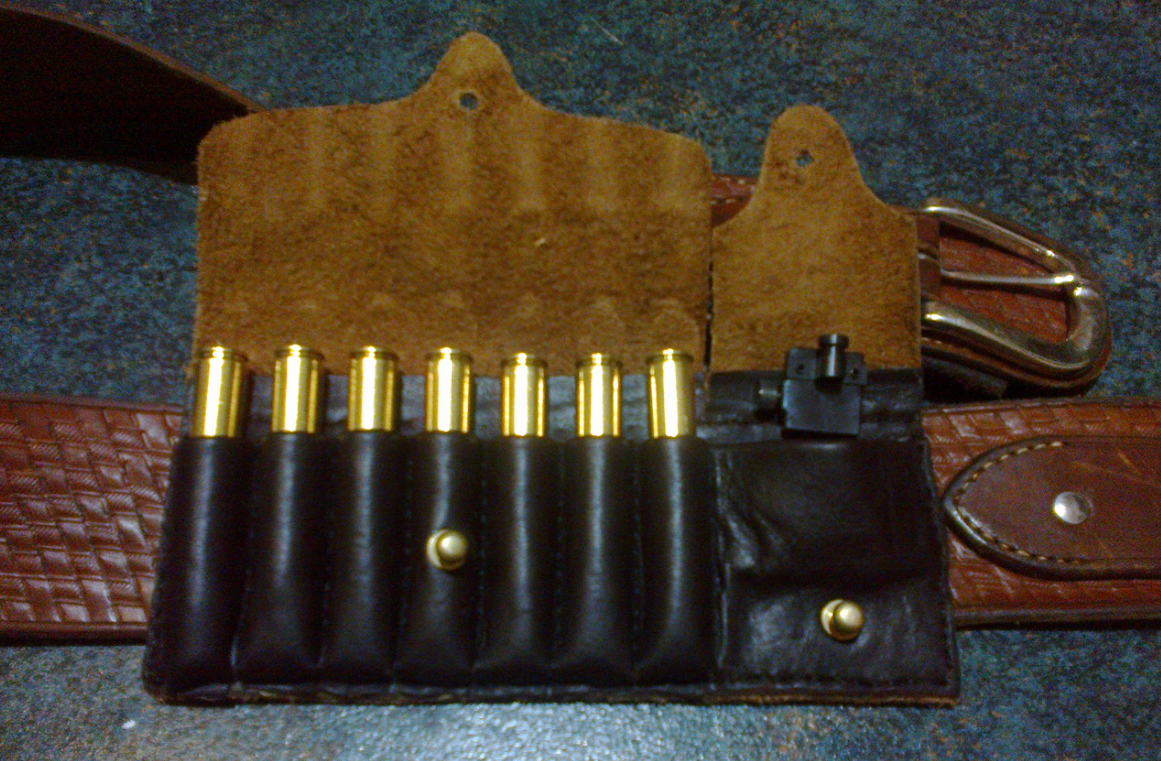 Von Gruff said:
That is the Talley aperture sight. Simple to carry in case of need (or want) to hunt with irons instead of the Leupold vari x 111 2.5-8 that it (6.5x57) wears..
https://www.talleymanufacturing.com/product/peep-site/
View attachment 330336
Click to expand...

Did you make your own custom ammo slide with the sight pouch or are they available
Somewhere?

WAB said:
Did you make your own custom ammo slide with the sight pouch or are they available
Somewhere?
Click to expand...

Von Gruff said:
I made that one but they are simple to make
Click to expand...

Von Gruff, you would be handier to have around than a pocket on a shirt! Wish I had a bit of your skill set, I have to build things out of heavy steel so I can build it square and then beat it round with a big hammer!
"Montana seems to be what a small boy would think Texas is like from hearing Texans" John Steinbeck

Von Gruff said:
I made that one but they are simple to make
Click to expand...

Simple for you perhaps...

Bullthrower338 said:
Von Gruff, you would be handier to have around than a pocket on a shirt! Wish I had a bit of your skill set, I have to build things out of heavy steel so I can build it square and then beat it round with a big hammer!
Click to expand...