Accidental Villain said:
No doubt in my mind. The Rigby. Some ears ago I had a deadly wounded bear on top of my shoes and because of the optical wonder on top of my rifle I was not able to fire a finisher. No scratch on me and I`m still here in one piece but I promised myself then and there that I would NEVER EVER hunt DG again with optics. Stricktly open iron sights here. So I´m very particular about what I`m using. I`ve handed both rifles. The Heym I was handling had traditional Express sights (I guess you could have it delivered with a quarter rib?) The express sight is a good option but a quarter rib is definitely better. The best quarter rib is in my mind Rigby`s.
Click to expand...

Scope fog or too close?

This is just my opinion.
I have handled a couple of the Rigby's and they left me underwhelmed for the price. Both were to heavy, a 375 and a 30-06. The stalking rifle should weigh no more than 8lbs tops when bare, preferably closer to 7. They were smooth but I have used new rifles that were noticeable smoother. The balance was OK and the stock to garish and shinny. Think I would prefer a Rigby from the 30's. Don't get me wrong both the Rigby's were nice rifles but not for the price.

I have not handled the Heym but the stock looks better and I love their magazine design. To me all DG rifle should have magazines like that. Stop the nose of the bullets battering the front of the magazine.

If I was buying I would be handling both - stock wise I could always have the Rigby shaved down- and I would be looking for reports on the reliability of both. This last point would be my decider.

Although the gun has not been decided yet, I already acquired the scope. Merry Xmas to myself! 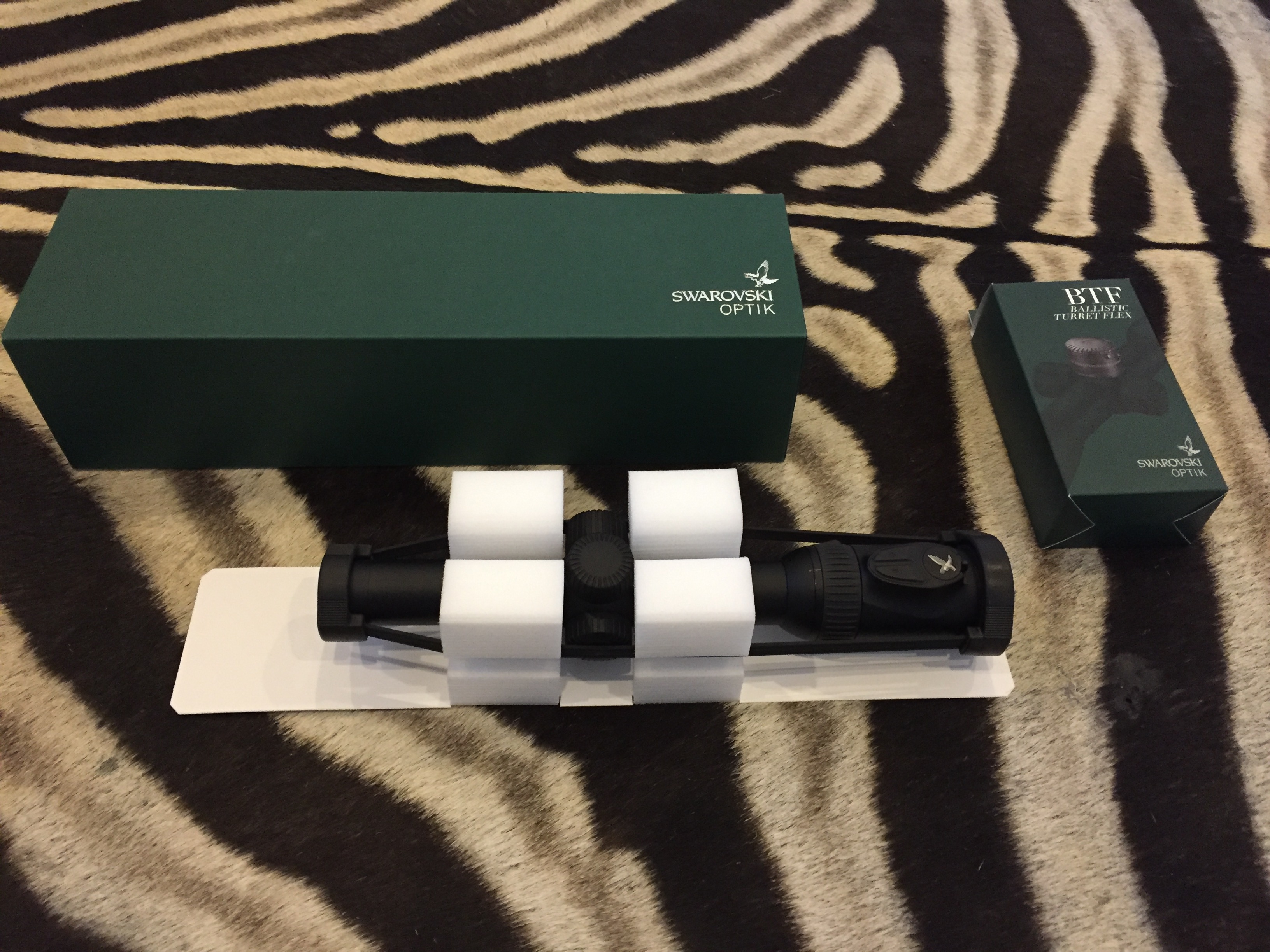 Other options were Zeiss V8, Leica Magnus, S&B PM II, but Swarovski Z8 won. It has the best optical quality together with 1-8 magnification. Also Swarovski's new ballistic turret design is great and simple. And for sure I will use quick detach scope mounts. 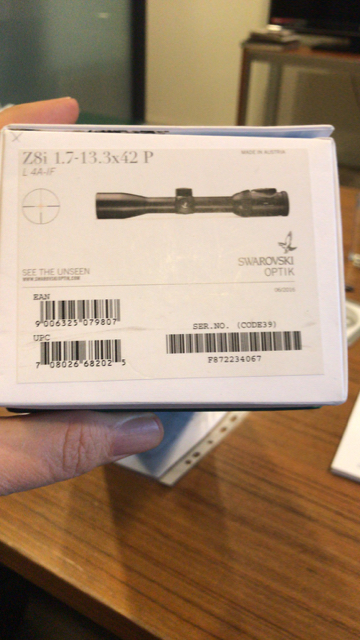 Sorry for late reply. Been way up in the mountains.. No net, no phone and the only stress factor is the good `ol ball`n chain and occasionally the kidz

Too close! I had just jumped out of the canoe and walked about 100 yards into the forest when I became aware of a bear running in the same direction I was walking about 100 yards to my left. This was the last hunting day, last chance and I thought I`ll give it all. I sprinted after it. After some 200 yds. or so I came to a wide clearing in the forest and stopped to see if I could still see the bear, and yes I did. It had turned and came flat out towards me zigzagging between smaller trees out in the clearing. I shot at first opportunity when it cleared the last tree at about 15 yards or less and the bear rolled to within about 4 yds. from me and started roaring, rolling around, tearing up the undergrowth in an insane speed and getting closer by the second. I was not able to get a clear picture thru the scope. It was all just a blur of colours, hair, sun glare and god knows what else. Then it calmed down, death roared and died just a few feet in front of me.
Then I shot 2 shots in the air to alert the rest of the hunting party and the guide that he could bring he's skinning knifes instead of toilet paper...(the dinner the night before was not good, something we all was aware of.. haha ).

Anyways, since then all my workhorse rifles have open sights as primary sights, quarter ribs and stocks built thereafter.
DG doesn't have to be Lion, Elephant or Buffalo either. Some of the antelopes can be dangerous when cornered and even moose... 3 of my moosehunting partners have been run down by moose (one quite badly beaten) because our wonderful breed of Norwegian grey moose dog finds it safest run between the legs of the hunter when cased by a wild crazy angry moose ...or when chased runs straight to the hunter saying..."hey,,look what I brought you"...you definitely don`t want to be fogged up then...

Very nice answers to the tread. One thing I might add though is maybe second hand value.. If you for some weird reason have to part with the rifle my guess is that the Rigby will be an easier sell and maybe have higher second hand value. Not that I ever have seen a Heym Expr on the market, and don`t expect to ever see one. But its like comparing top of the line BMW to an Aston Martin. A Rigby is a Rigby no matter if its one year old or a hundered. Aston Martin have always only made top of the line cars just as Rigby has been making top of the line guns.

One more thing. In a heavy calibre rifle you definitely would want a good grip on the fore end. Its absolutely a question of personal preference but my vote go to the Rigby here also.

Accidental Villian. That is the very reason I believe any scope on a DG rifle should start at 1 power. ie 1-4X24 etc With my aged eyes I can no longer see the front sight clearly so the scope is a must for me. My 416 wears an Aimpoint and I have Trijacon 1.24-4X24 as back up.
You must log in or register to reply here.