Here some Red River Hog of the season.

The first one was taken in earlier February we were heading to a salt lick when the tracker heard a noice of Red River Hog in the forest. We approached slowly when I spotted a hog in a small swamp then an other came out I tried to get the client in position couldn't see them at 20 yards... So we change of position to have more light and finally could spot them and took the shot one this nice male who drop on his track the second did move. Suddenly 6 other Reds Rivers Hogs came out and were eating in a front of us. 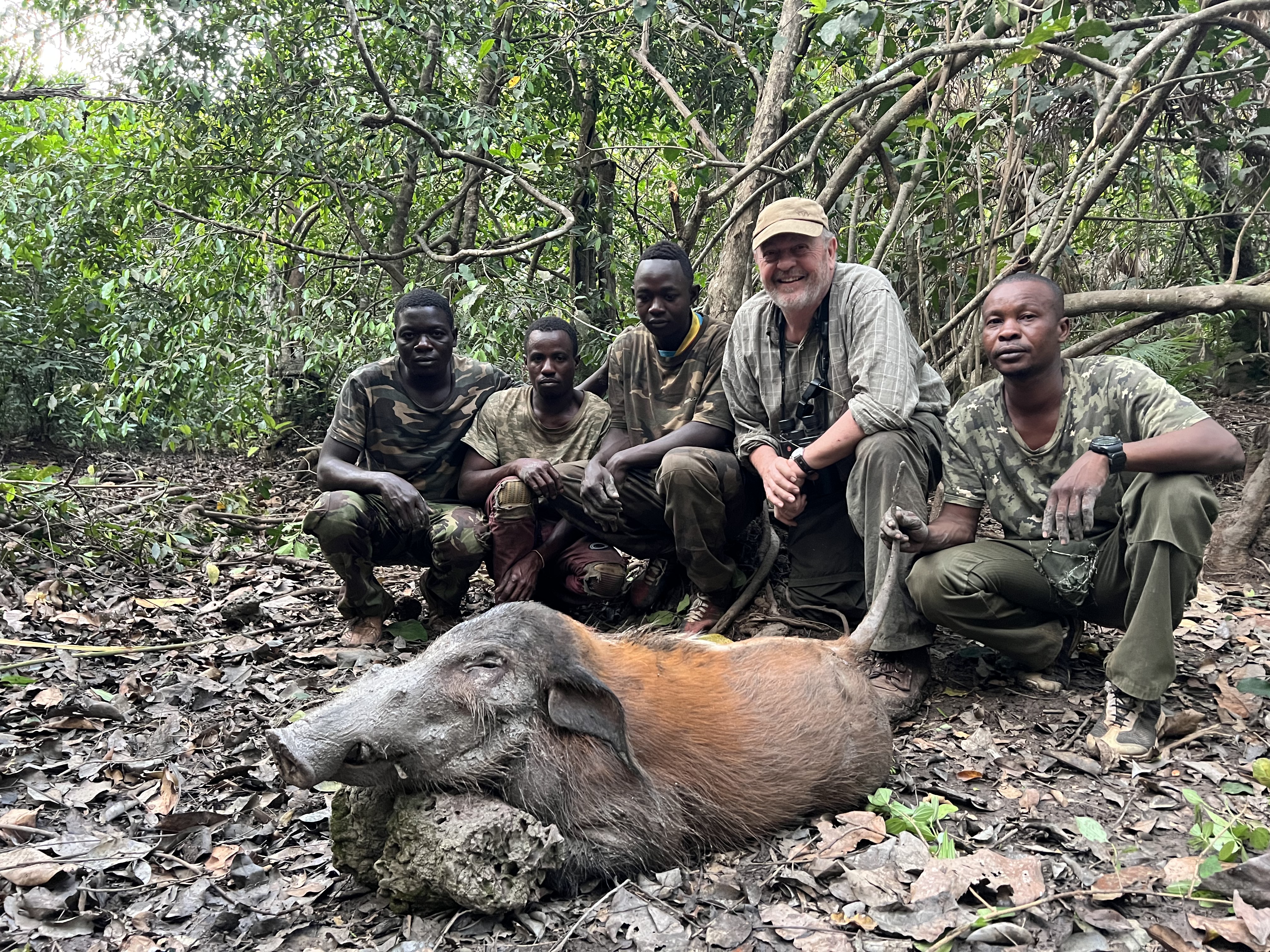 The 3 other one were taken in March:

This one is biggest body we have hunted this season 75 kg(165 kg) a small approached after the tracker spotted him. 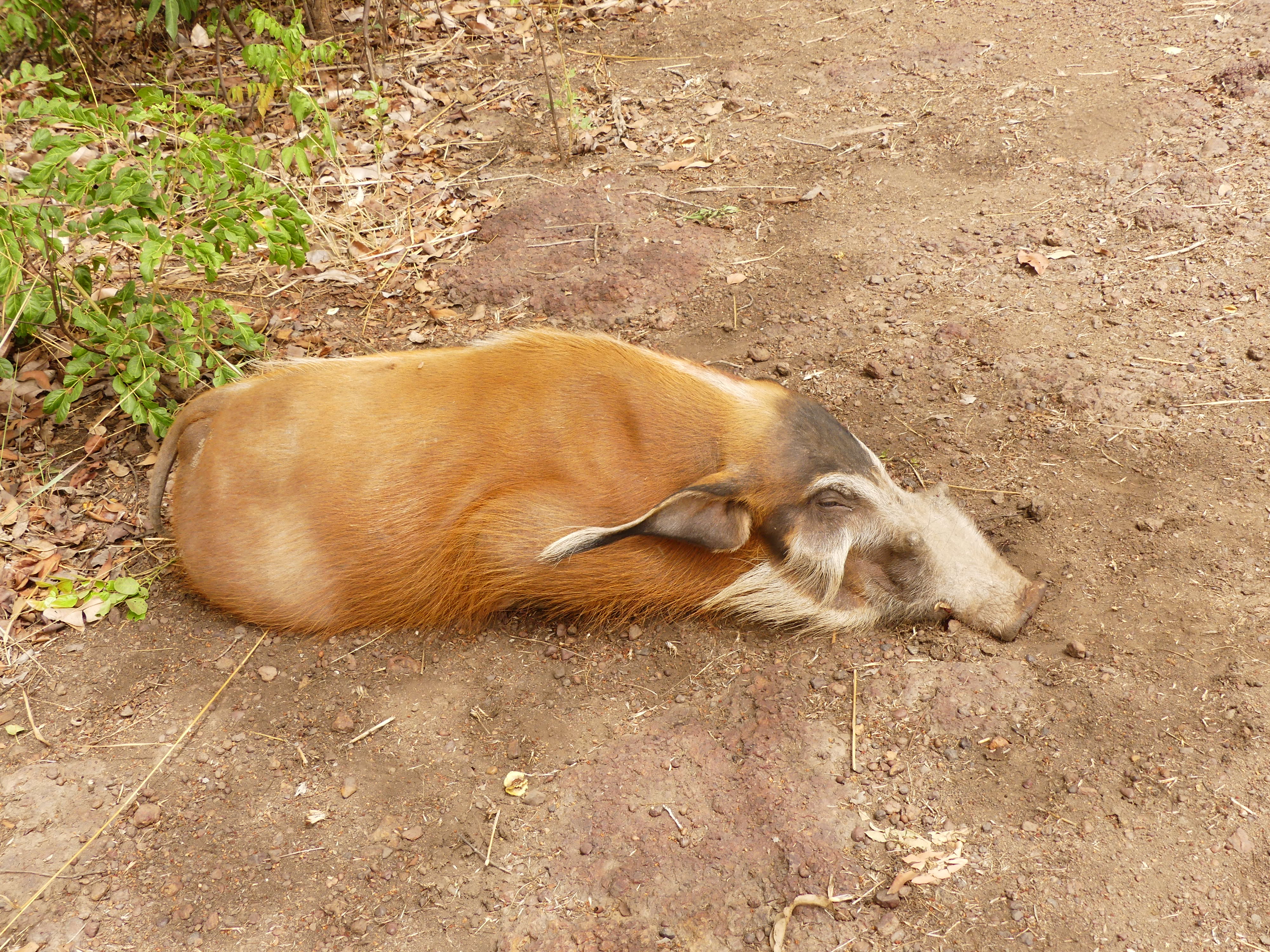 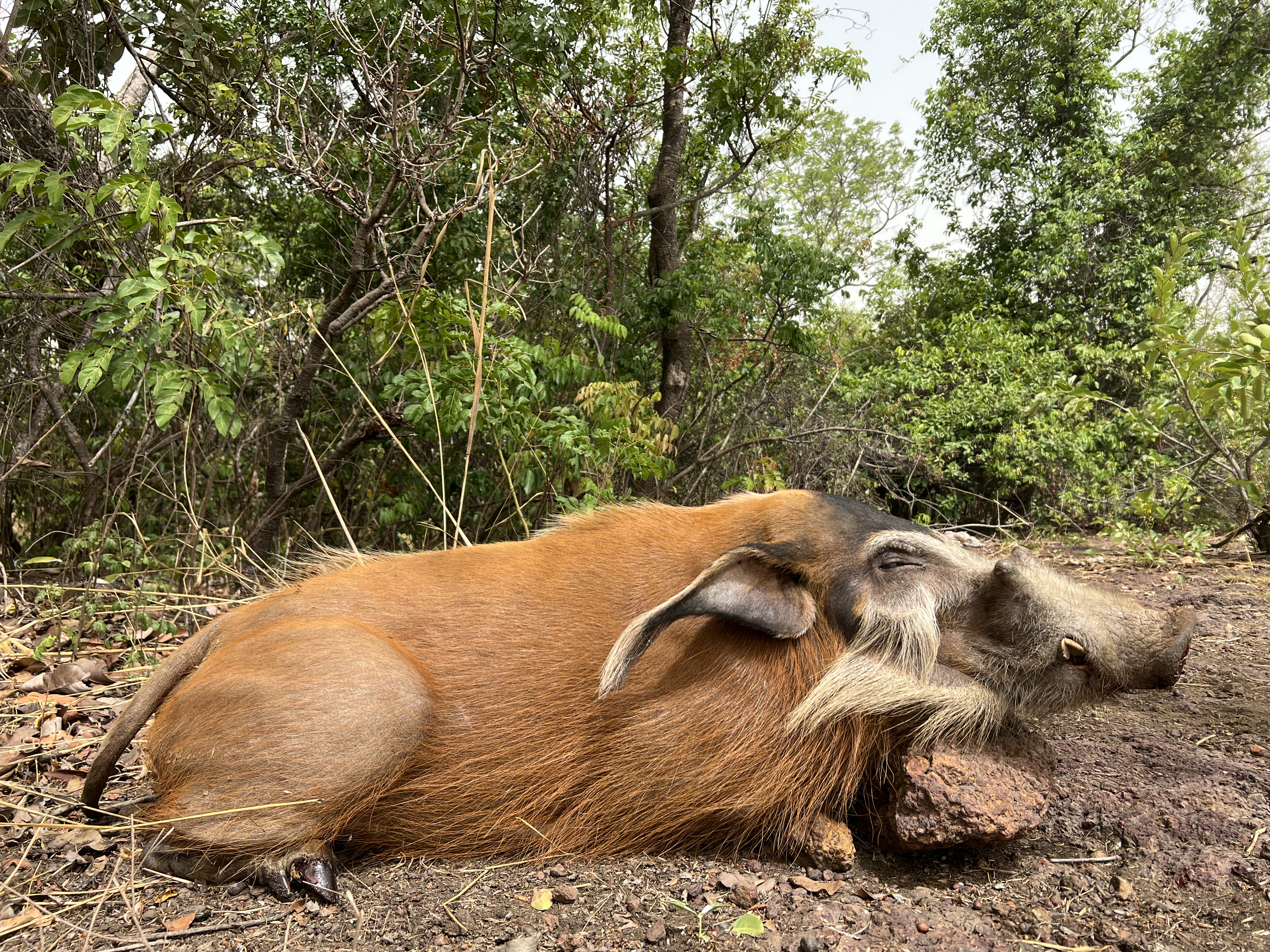 This one was hunted just before dark we were coming back from a salt lick by foot when in the big opening 12 Reds Rivers Hogs were crossing I made the decision to cut them before they will enter in the big bako. We walked fast and got in position the Hogs were stopped in small island of savanna woodland. They started to come out the client was on the sticks ready and the first was the big male on my oder the client pulled the trigger and my a very good shot just behind the shoulder. The Hog run 60 yards and collapse.
70kg(154lbs) 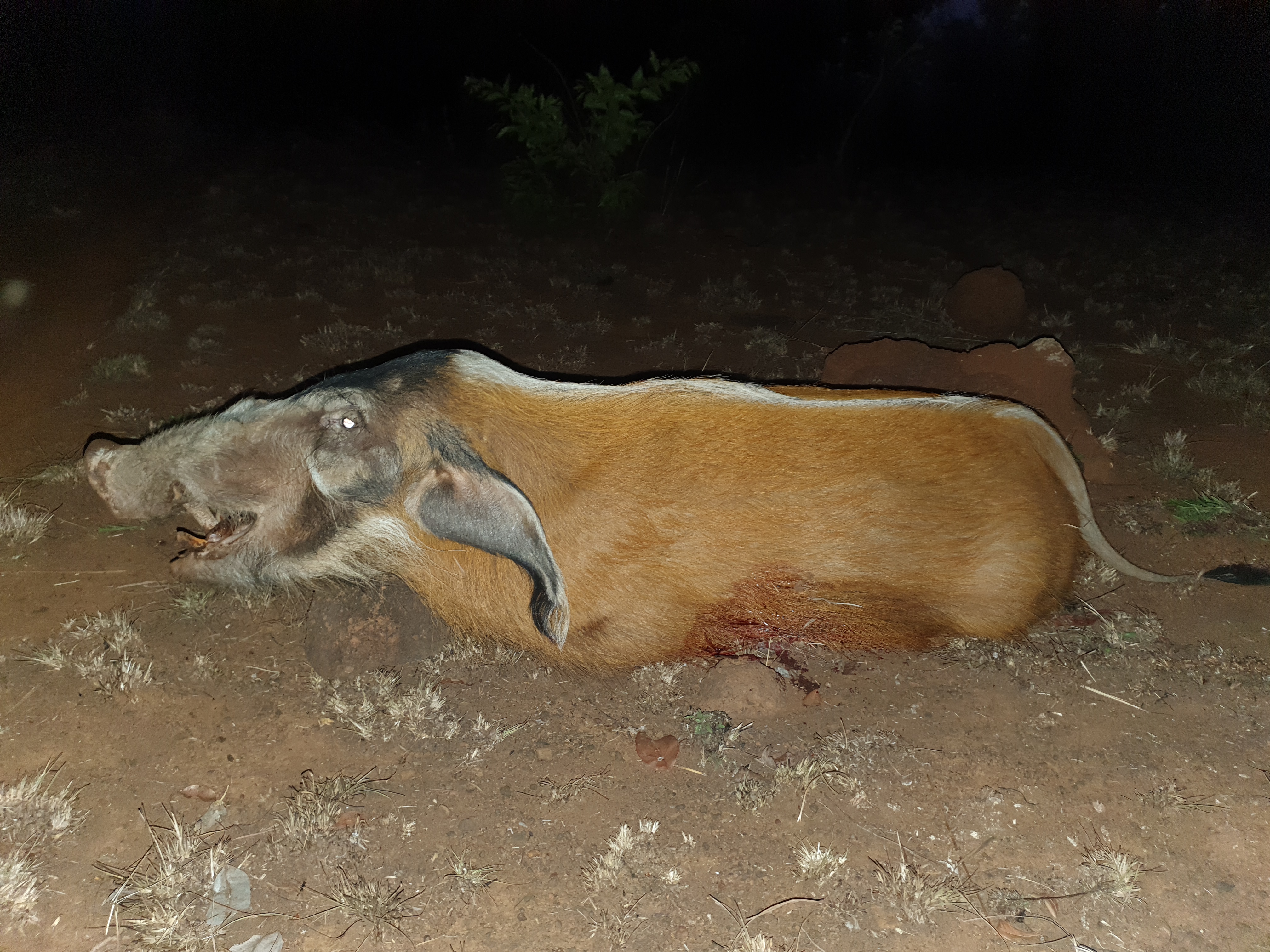 The next was hunted a long some small waterhole looking for buffalo tracks when the team heard some noice next to the water 3 Red Rivers Hogs were taking their bath. Everybody got in position the hogs didn't notice us and the client made a perfect shot and dropped him.
68kg(150lbs) 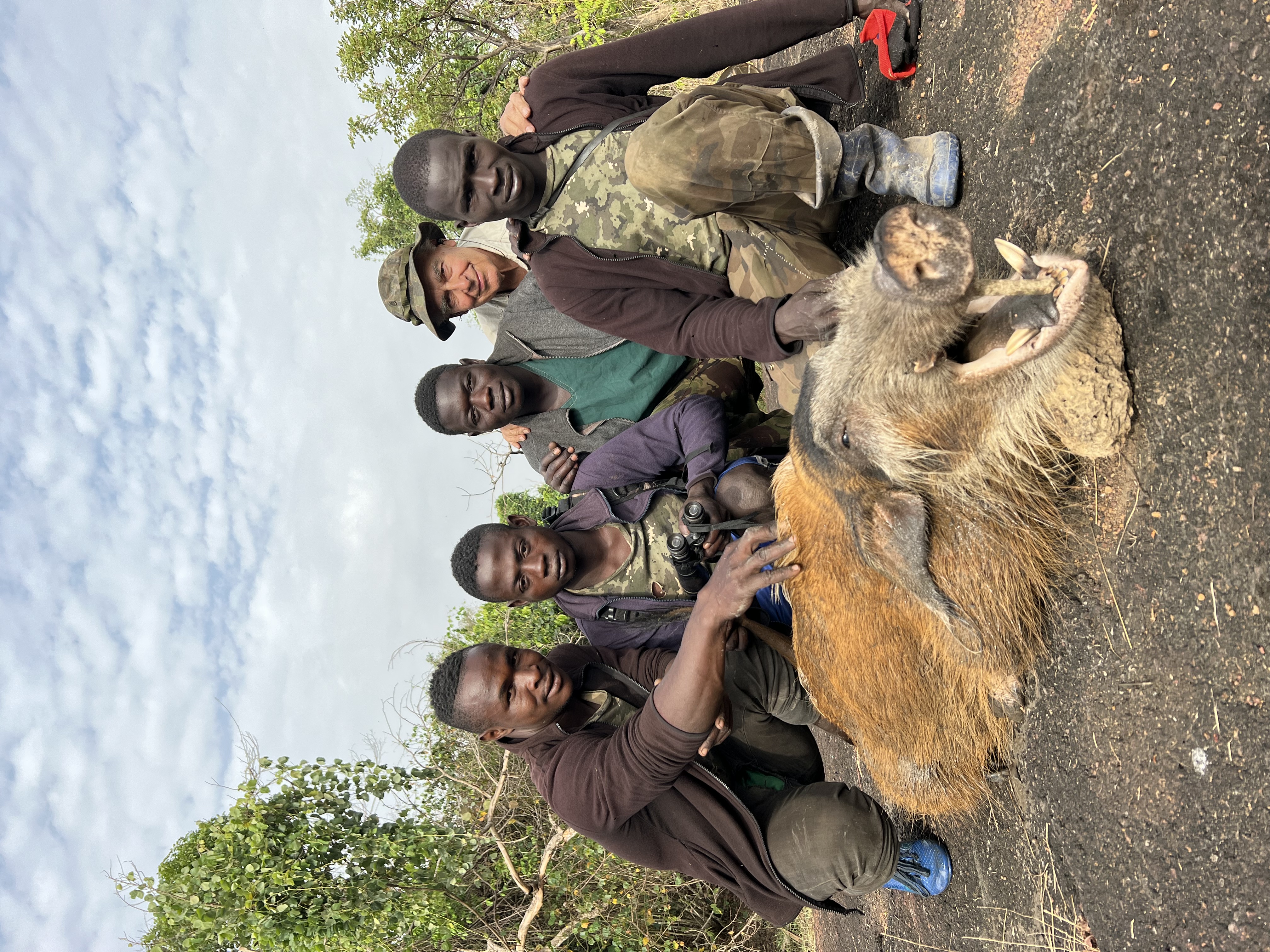 The next one was hunted in June

We were crossing a small opening between bako and smaller island of forest when 5 Reds Rivers Hogs came out trotting of one of them. Use to driven hunt the client didn't have to shoot a moving animals when I told him to take the last one he made a good shot before the hog entered in the bako.
53kg(116lbs) 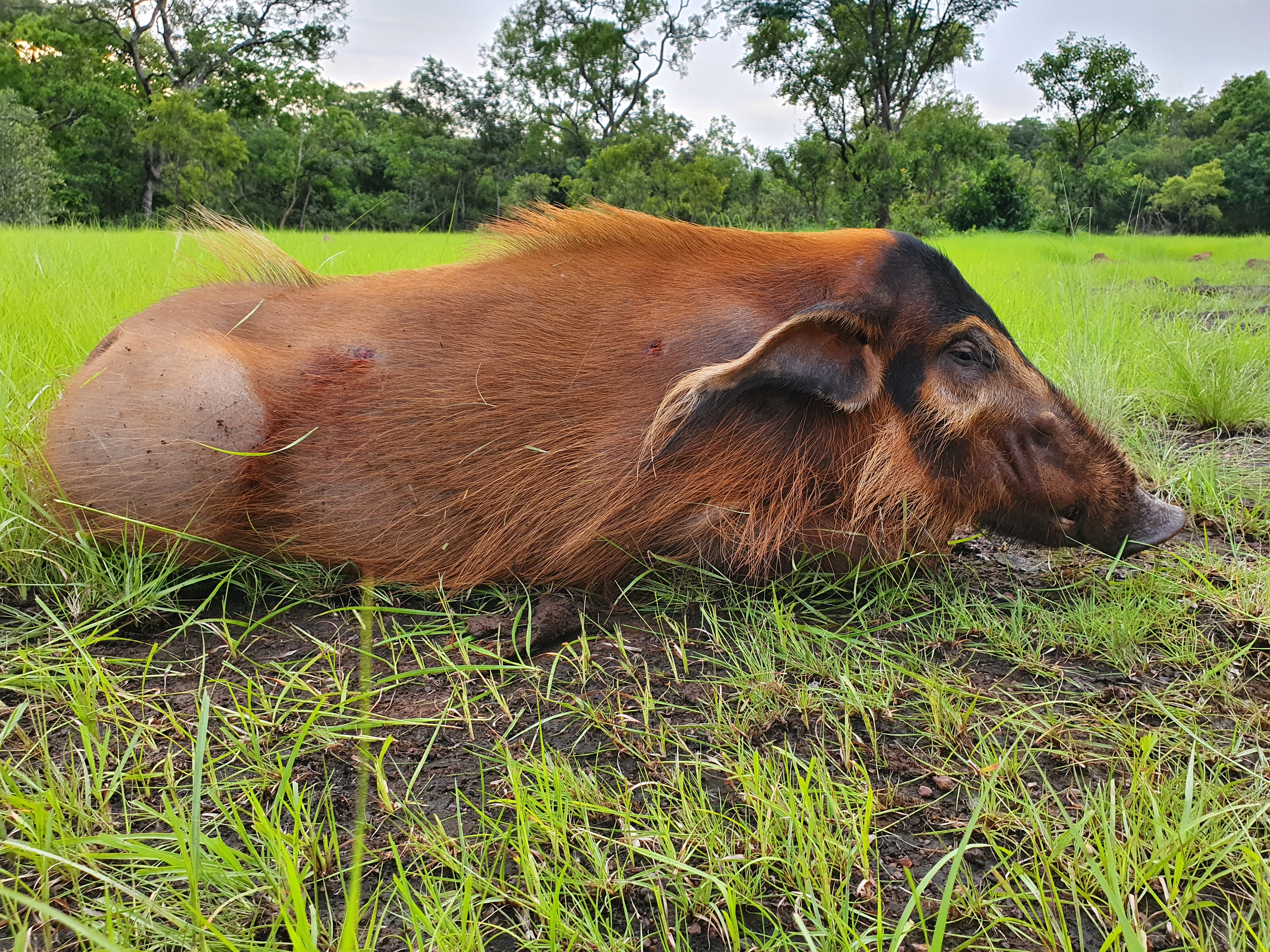 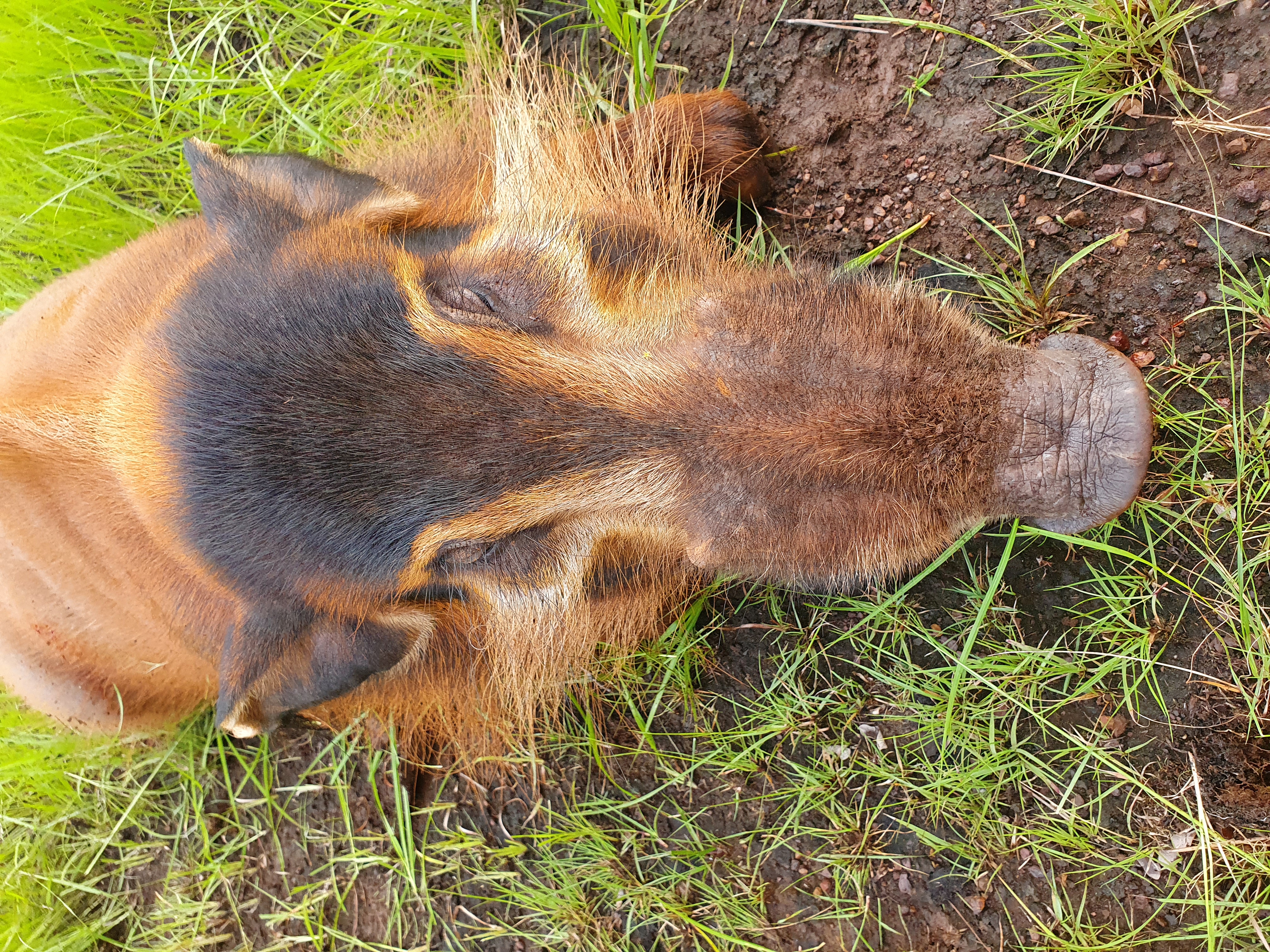 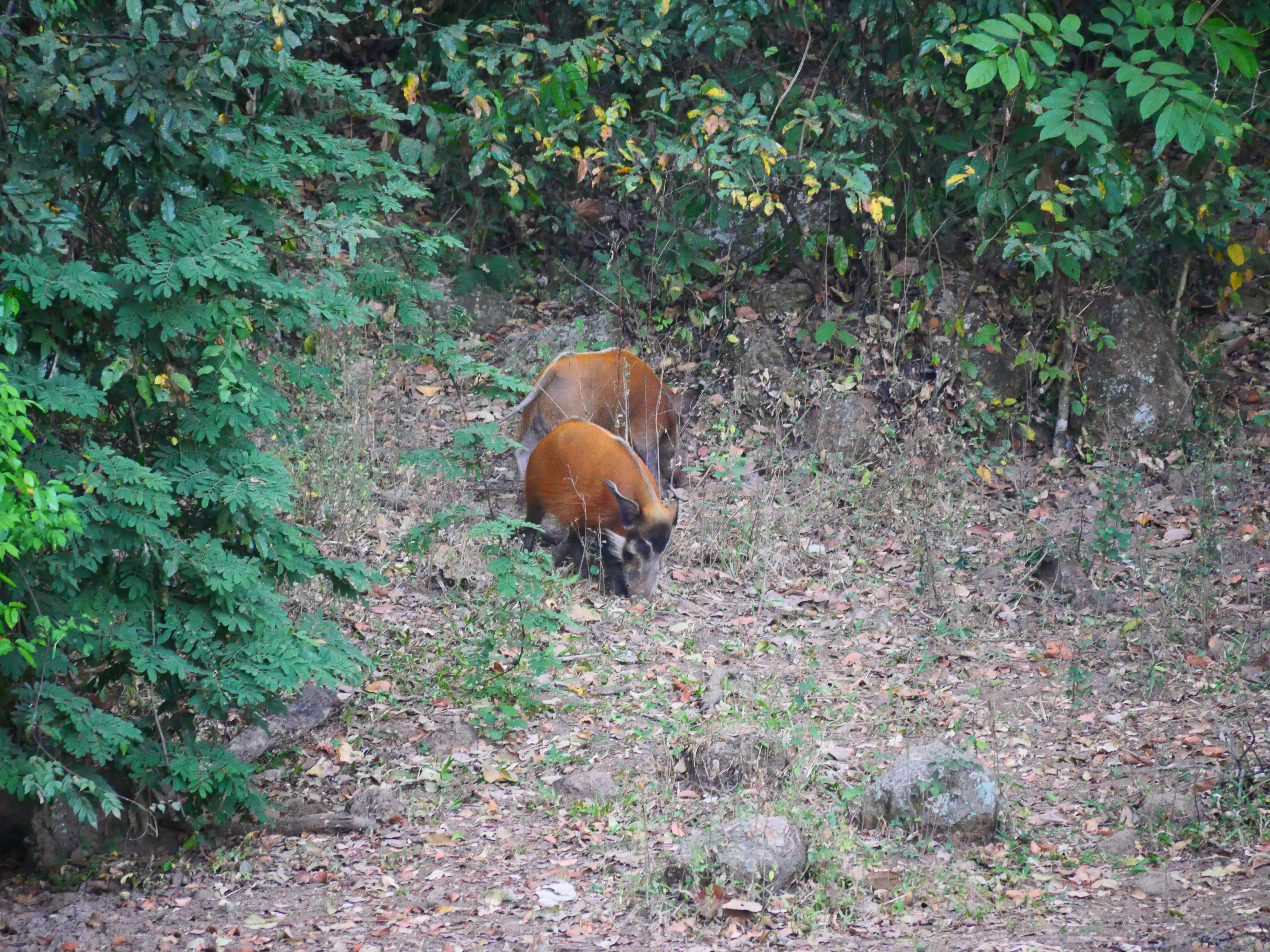 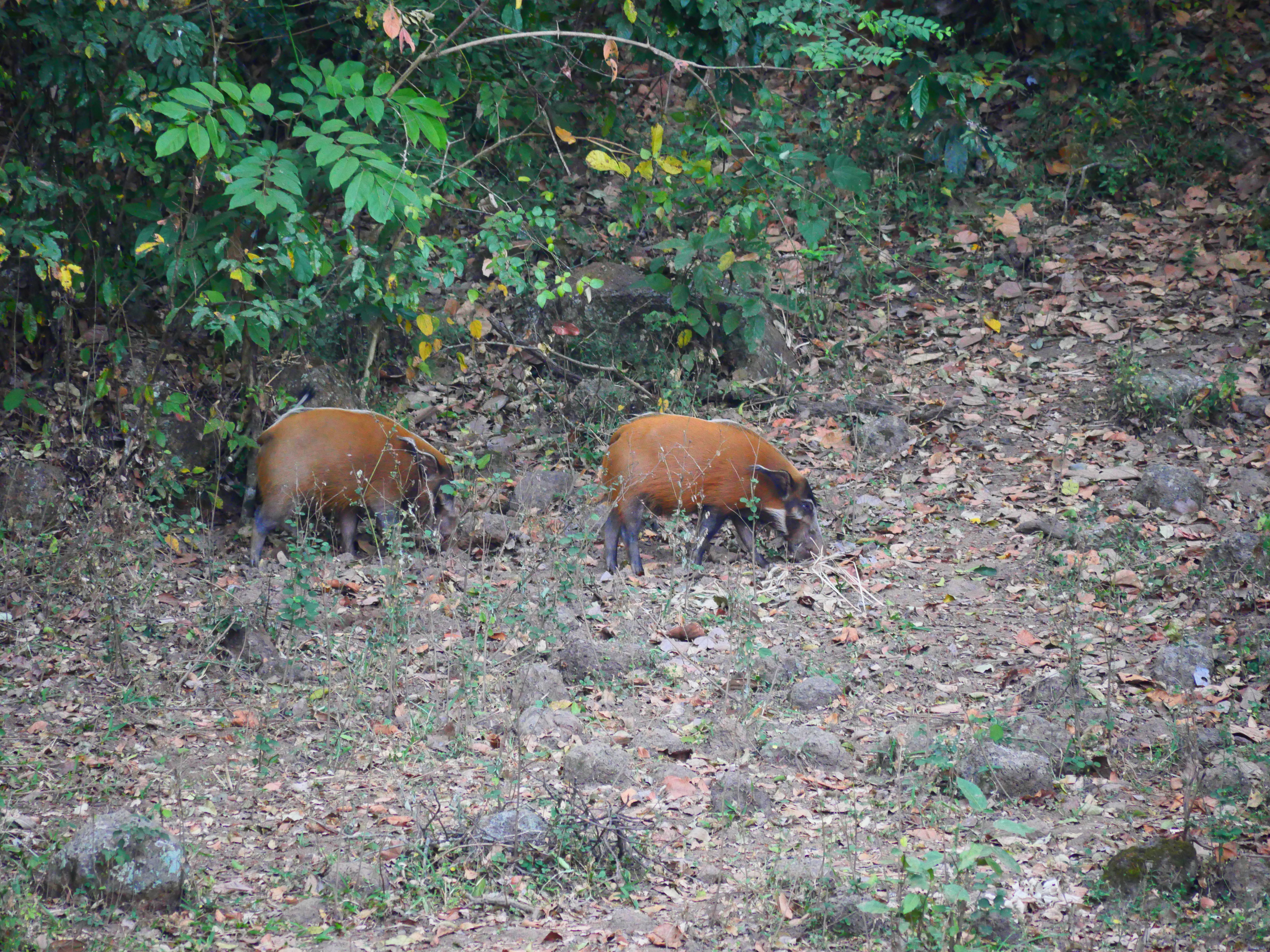 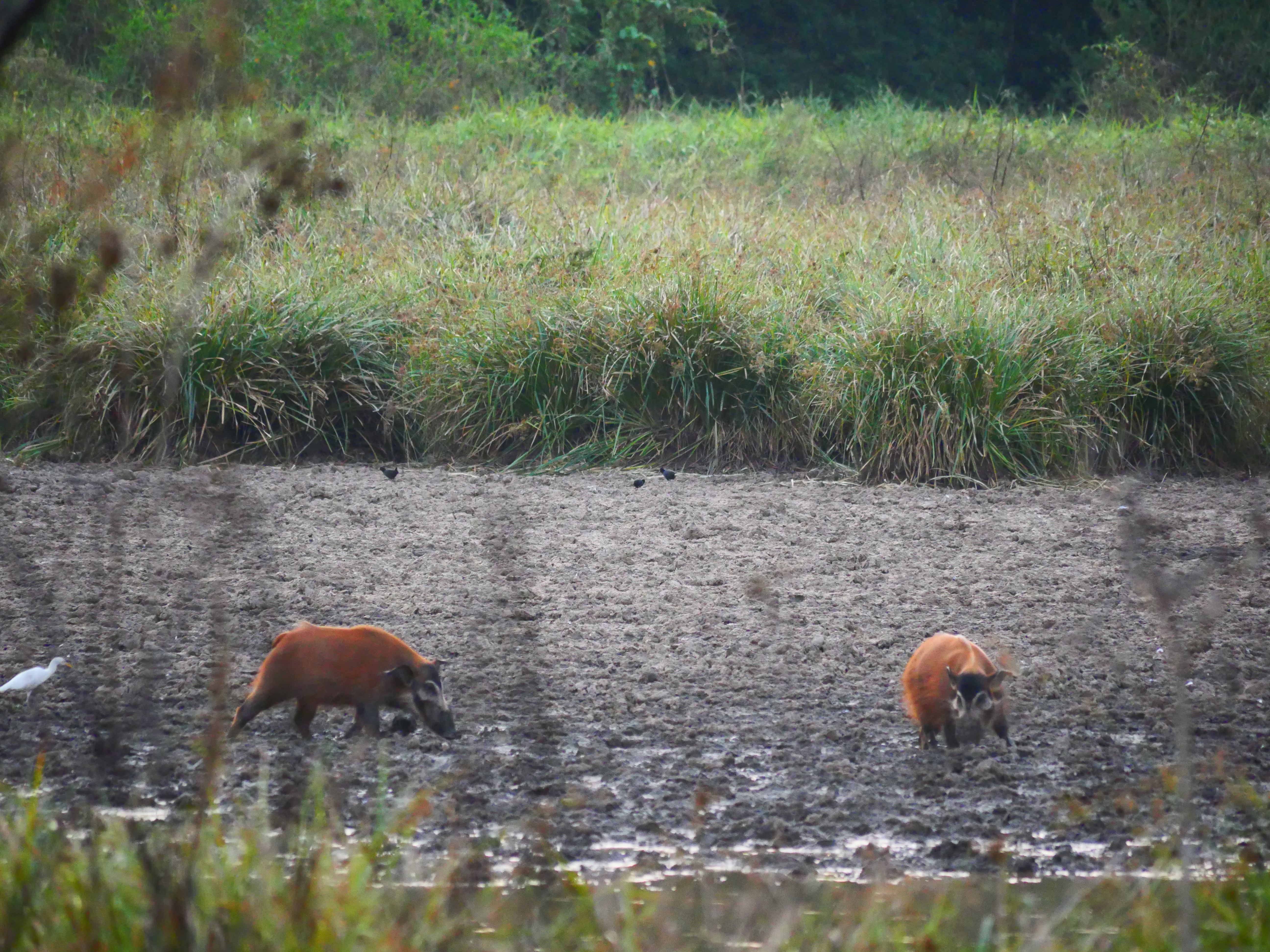 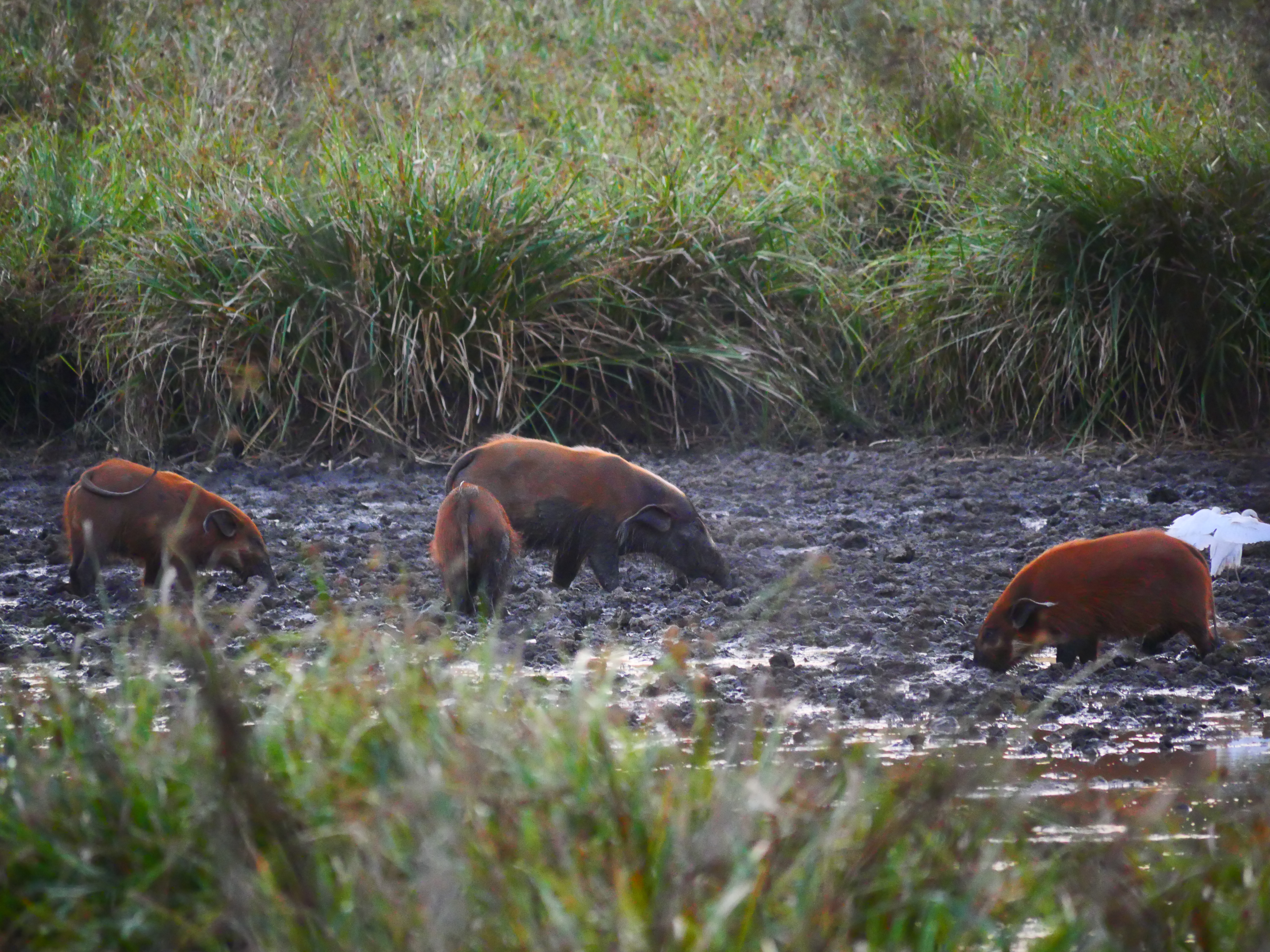 Nice, never seen these . They have a distinct look.
Chris “Australia"
Dreaming of Africa, Hunted Africa, 2020
The website made me do it!

Awesome thanks for posting, really into my hogs these guys are very interesting.
The Bushpig I have taken & guided on in the Limpopo of SA seem very Red to unlike some of the Pigs from farther south ?

Sarg said:
Awesome thanks for posting, really into my hogs these guys are very interesting.
The Bushpig I have taken & guided on in the Limpopo of SA seem very Red to unlike some of the Pigs from farther south ?
Click to expand...

The biotope can have some impact one the colour the animals, I have never hunted bushbig in South Africa...

Wow.
If money & travel were no object, given every huntable species on the planet, THIS would still be my number 1 choice hunt.
Last edited: Sep 21, 2022
"Every recoil pad is a grind to fit if you're broke enough! "
I

What an adventure, Thanks for sharing this with us,
Well done.
You must log in or register to reply here.

A Bullet In A Bongo Horn In Central African Republic C.A.R.