Great story, well told. I can imagine what must have been going through your mind as you were tracking and the blood was getting sparser and sparser. I've been there, and it's not a good feeling.

One big difference between a good PH and a great PH is the efforts the latter will go to in order to find a wounded animal. Simon and his guys did a first rate job.

Very nice Sable. They are a truly majestic animal.

@BRICKBURN wrote
"Raymundo is such a sour puss. I think I only got one picture of him smiling.

I understand your reluctance to shoot into the indistinguishable black of the herd.

What are the autopsy results? Did you hit him with the first shot?"

I think I only got one pic of Raymundo smiling also. I took this pic on signal hill after we were done taking pictures of my Sable. He might have been smiling because he was thinking about the comment about "mucho dinero" (tip) that Tomei made when we finally killed the bull. 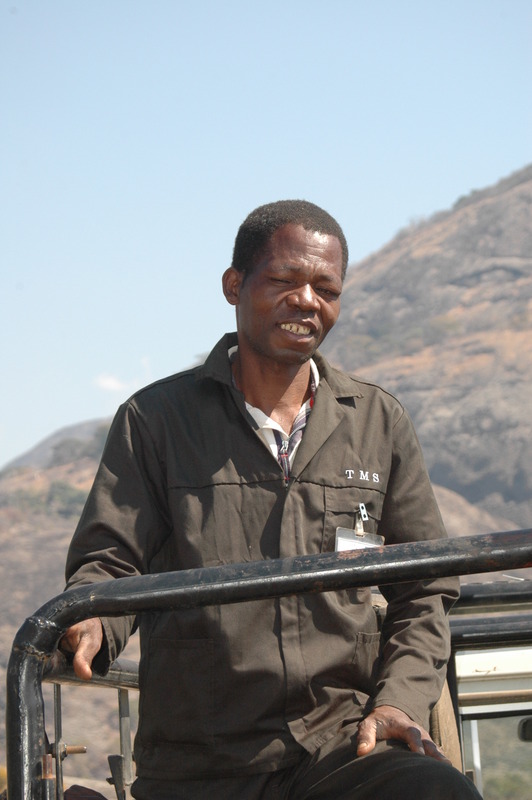 Wayne how could you possibly ask if I hit him with the first shot? Don't answer that!!!
Yes, my first shot hit him, although it hit low and in the back of his chest. My second shot also hit him, in the left side of his rear, but it didn't hit bone, so all four of his legs were working fine.

I think that the blood that we found was from my second shot, and that he was laying down when we found him as a result (finally!!) of my first bullet.

buffybr said:
......
Wayne how could you possibly ask if I hit him with the first shot? Don't answer that.
Click to expand...

I was just trying to imagine if the bullet hit a dirt bank or some wet wood that it made "the sound" of a hit.

Oh well, not every shot is perfect. At least you guys got him in the end. Well perforated or not, it is a very nice bull under tough conditions.

Magnificent sable, congrats! I'm happy you got a beautiful sable in the wild.

Congrats Kurt, a great experience and a beautiful sable.

very nice. congrats to you and simon and his crew