The Bitterrroot Valley had record high temps for the months of July and August causing Montana's FWP to institute "Hoot Owl" restrictions on most of the major river systems in Western Montana for the latter part of the summer. This is instituted when the rivers experience 3 or more consecutive days of 70 degree or higher temps. Fishing must cease between the hours of 2pm to midnight. These high water temps put a great strain on the trout in particular. Trout caught under these conditions endure extreme stress and have a much higher chance of mortality if caught. Some guides and outfitters even took it upon themselves to not take clients at all during Hoot Owl, while others had to adjust their programs to fish from daybreak to be off the rivers by 2pm.. Unfortunately, some of the best hatches and hopper fishing takes place in the afternoons.

Luckily for us, we caught a weather change on the day we arrived. The Valley got some much needed rain and a welcomed cool off. Weeks of temps in the high 90's and even over 100 were replaced by lows in the 40' and highs in the 70's. Although this was a good thing for the trout, the rivers, and the fires, it also caused a bump in the flows and a significant drop in water temps that had the fish a bit off for the first few days. We had to dig hard to get eats, but where we lacked in numbers, we were rewarded in quality. It seemed the bigger fish in the system were the most eager to eat our flies.

We fished 5 guided days this trip covering 4 different rivers looking for receptive fish. We fished our guided days once again with our good friend and outfitter Brooks Jessen owner of www.troutzoolamontana.com. As usual, the rivers of Montana and Brooks did not disappoint.. For anyone making the trip to the Bitterroot Valley area, I encourage you to give Brooks a call and plan a couple of guided fishing days with his outfit. You will be hard pressed to find a more experienced, intuitive, hard working, or affable guide than Brooks. While there is certainly nothing wrong with DIY floats or wade fishing, fly fishing from a drift boat with a professional guide native to the area will give you an entirely new perspective of the river than you cannot experience on your own.

On to the fishing... For the most part, we had very little going on for bug hatches, and the fish were not overly-excited to eat the hopper except for a few small windows in the day. That had Brooks changing flies incessantly until we cracked the ever-changing code of the day.. That's what good guides do... They never stop working to figure the fish out as the conditions change... As I said, not the usual numbers of fish for this time of year, but we consistently caught solid trout with very few dinks. Brooks even brought the big 6WT pike streamer rod along, and I was able to capitalize with a couple of fun sight fishing eats from northern pike in some of the frog water.

The most memorable highlight of the fishing was on our 2-day excursion to the Missouri River near Helena. We had nice overcast conditions from fog earlier in the morning and Brooks had me chucking a streamer to see if we could turn a big fish before the sun came out.. I was handsomely rewarded with a couple of fat rainbows, and a 22" brown that nearly ripped the rod from my hands on the take. He must have jumped at least 5 times during the fight which took me into the backing... All in all, it was another fantastic trip to Montana. The fishing was solid, the weather cooperated, and the company was great which is all you can really ask for. We met some nice folks as usual and drank some great craft beers along the way. Here's a few of the highlights of our trip. I hope you all enjoy the pics..! 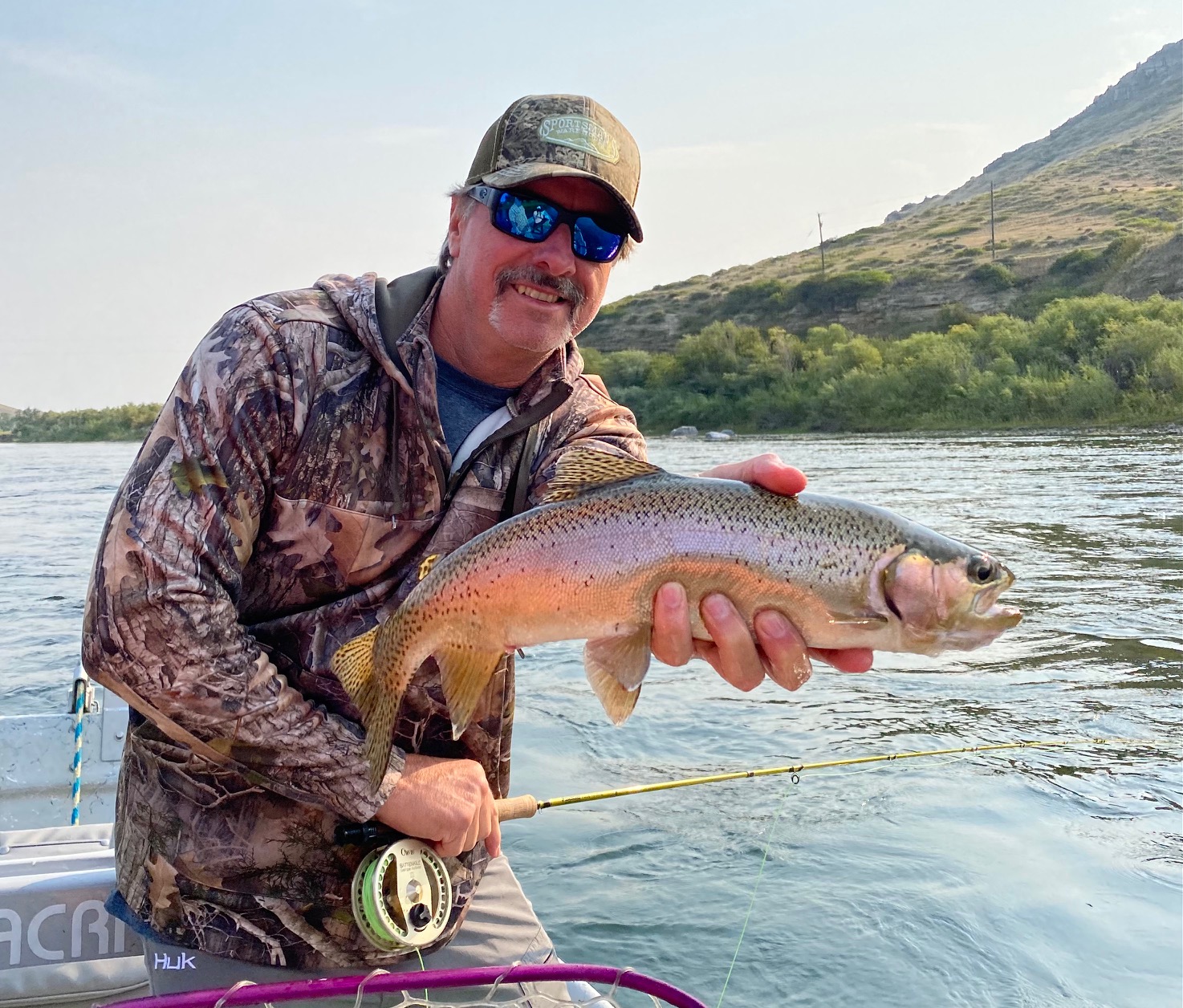 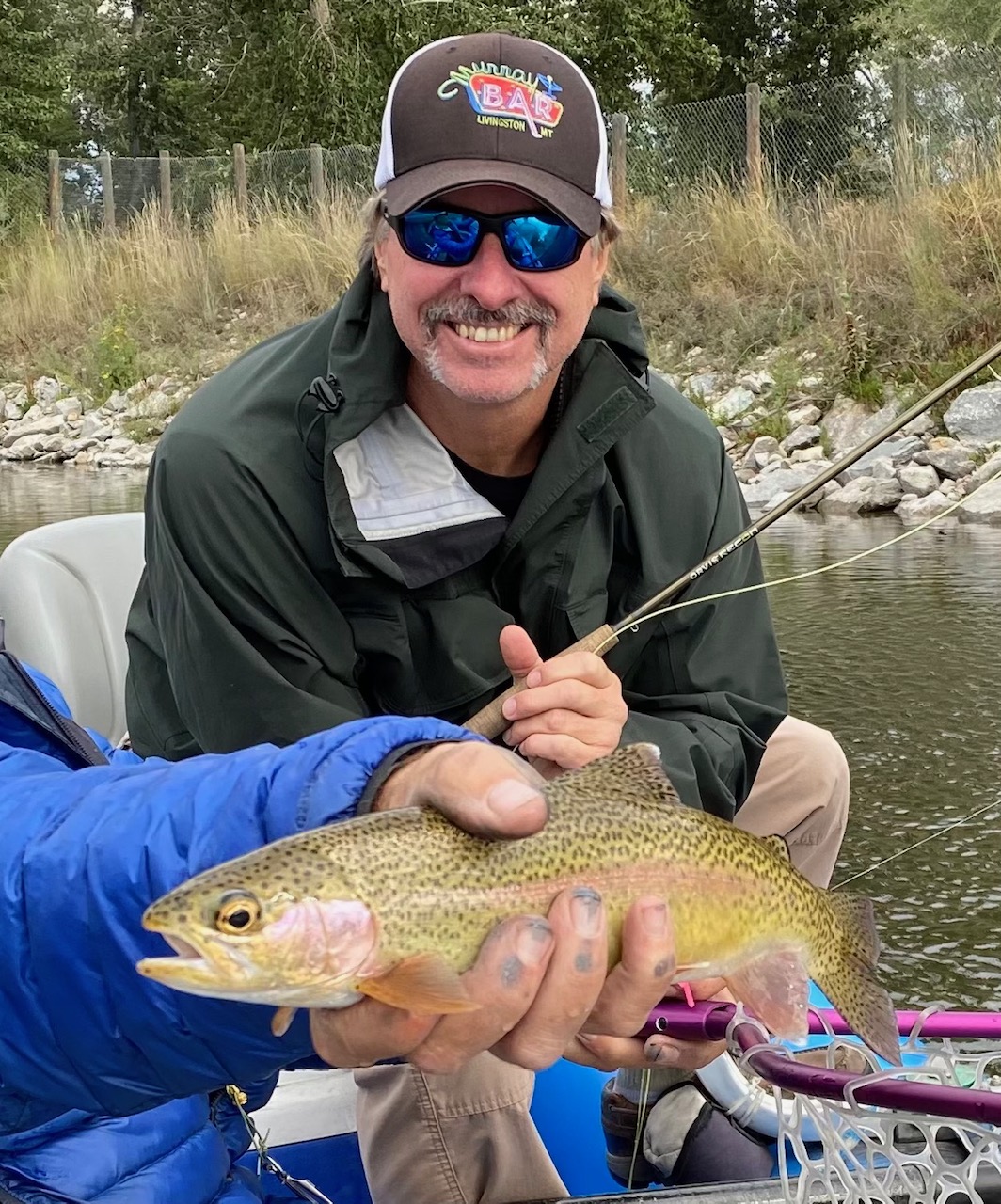 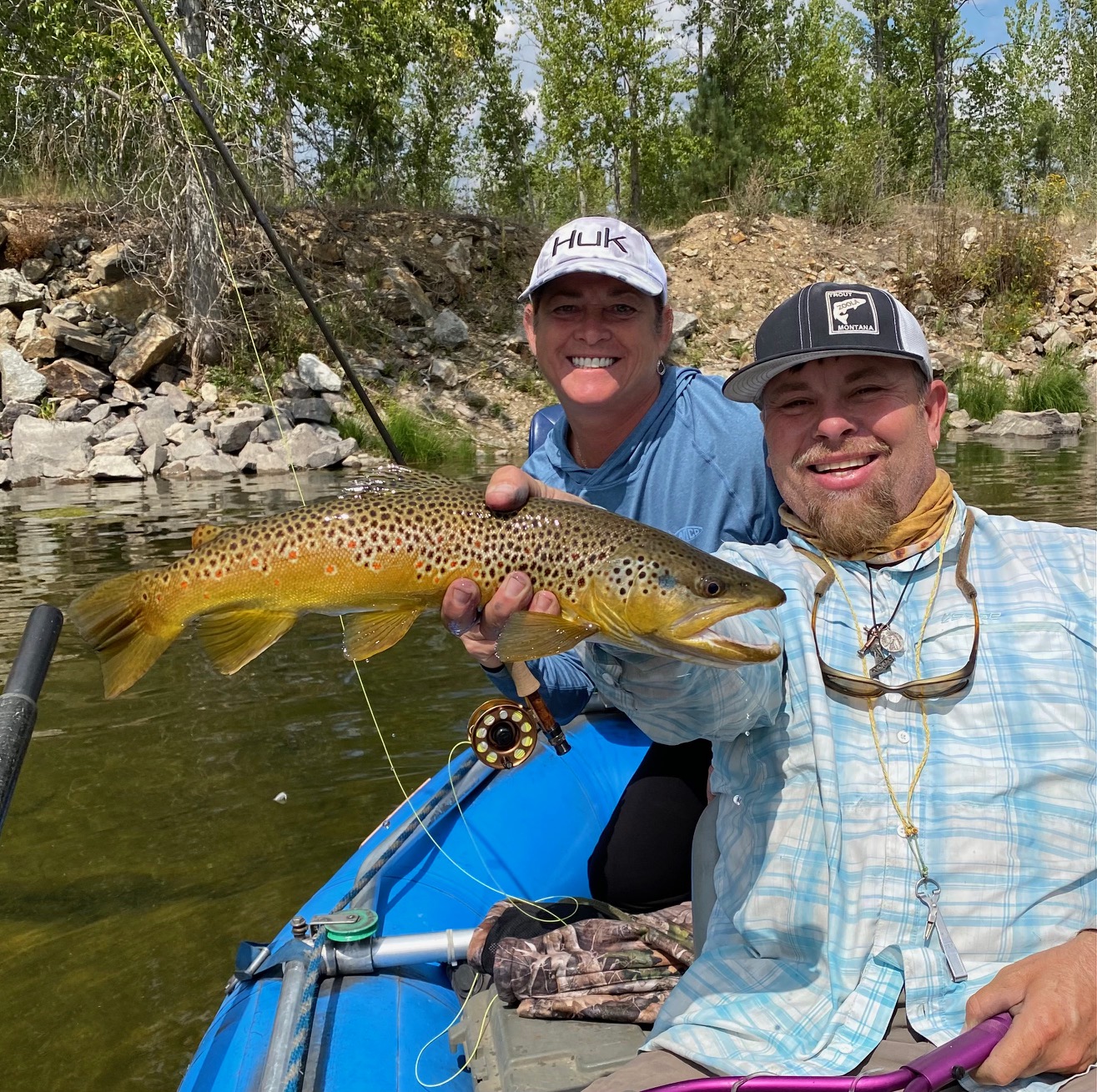 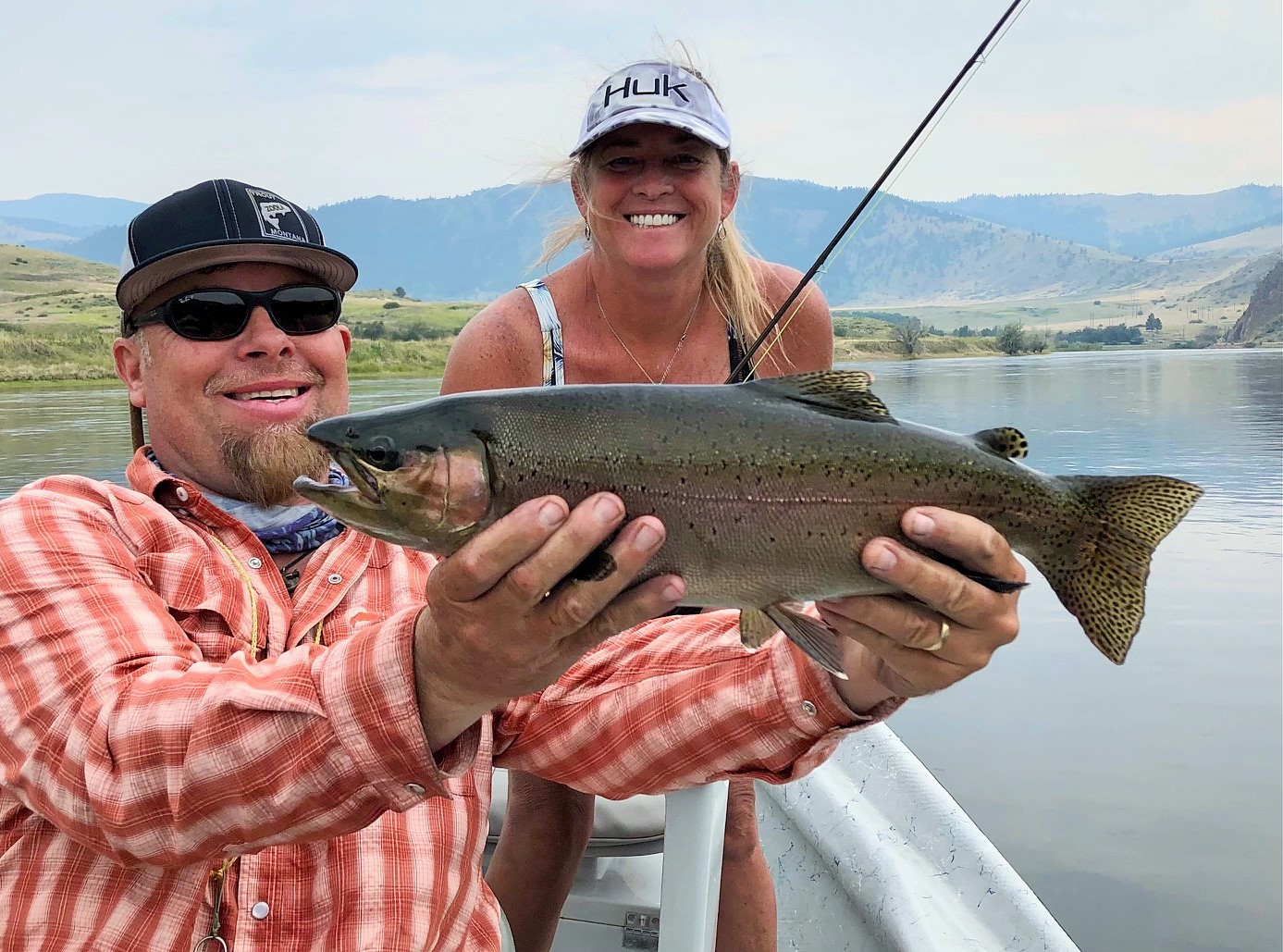 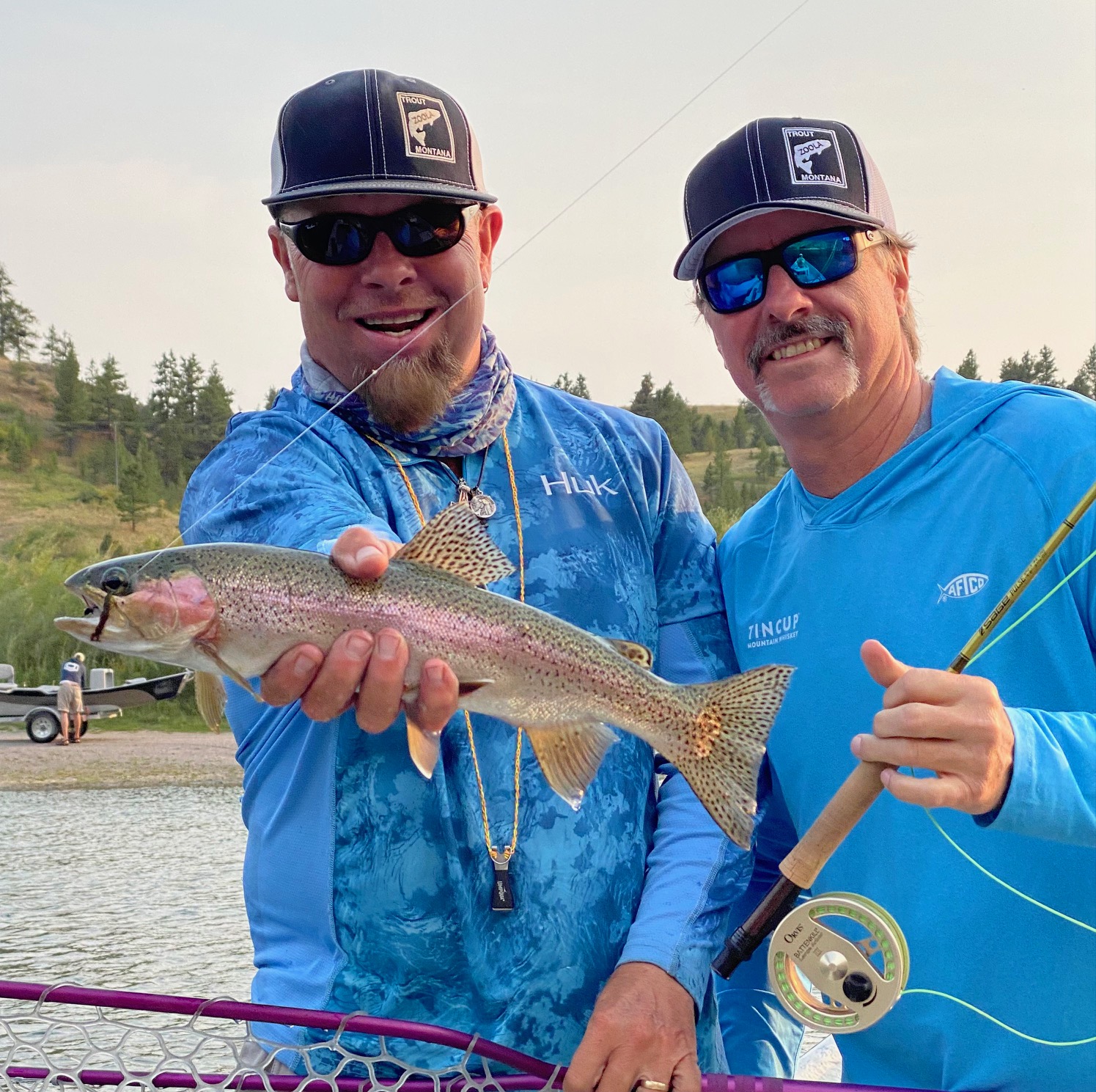 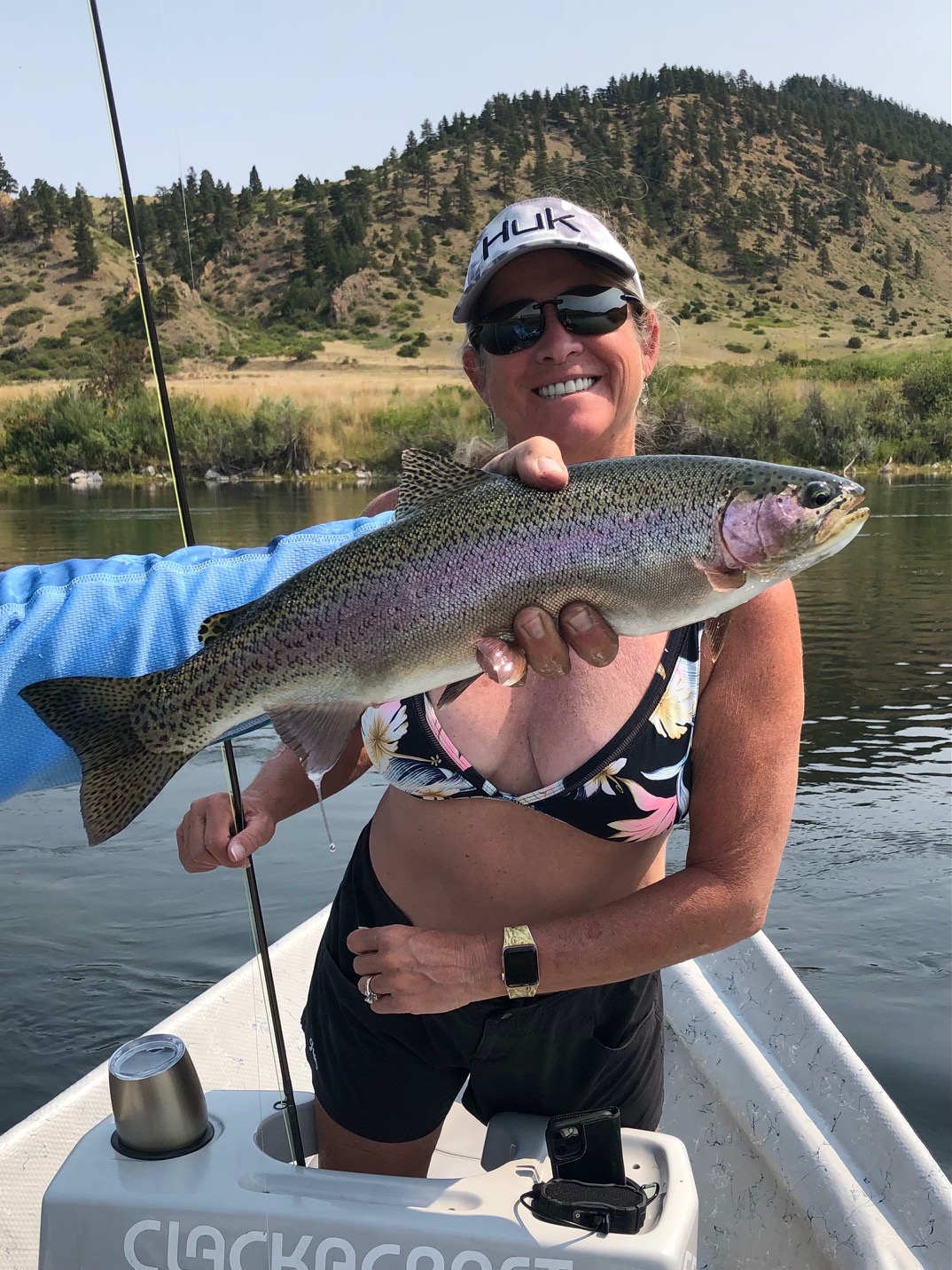 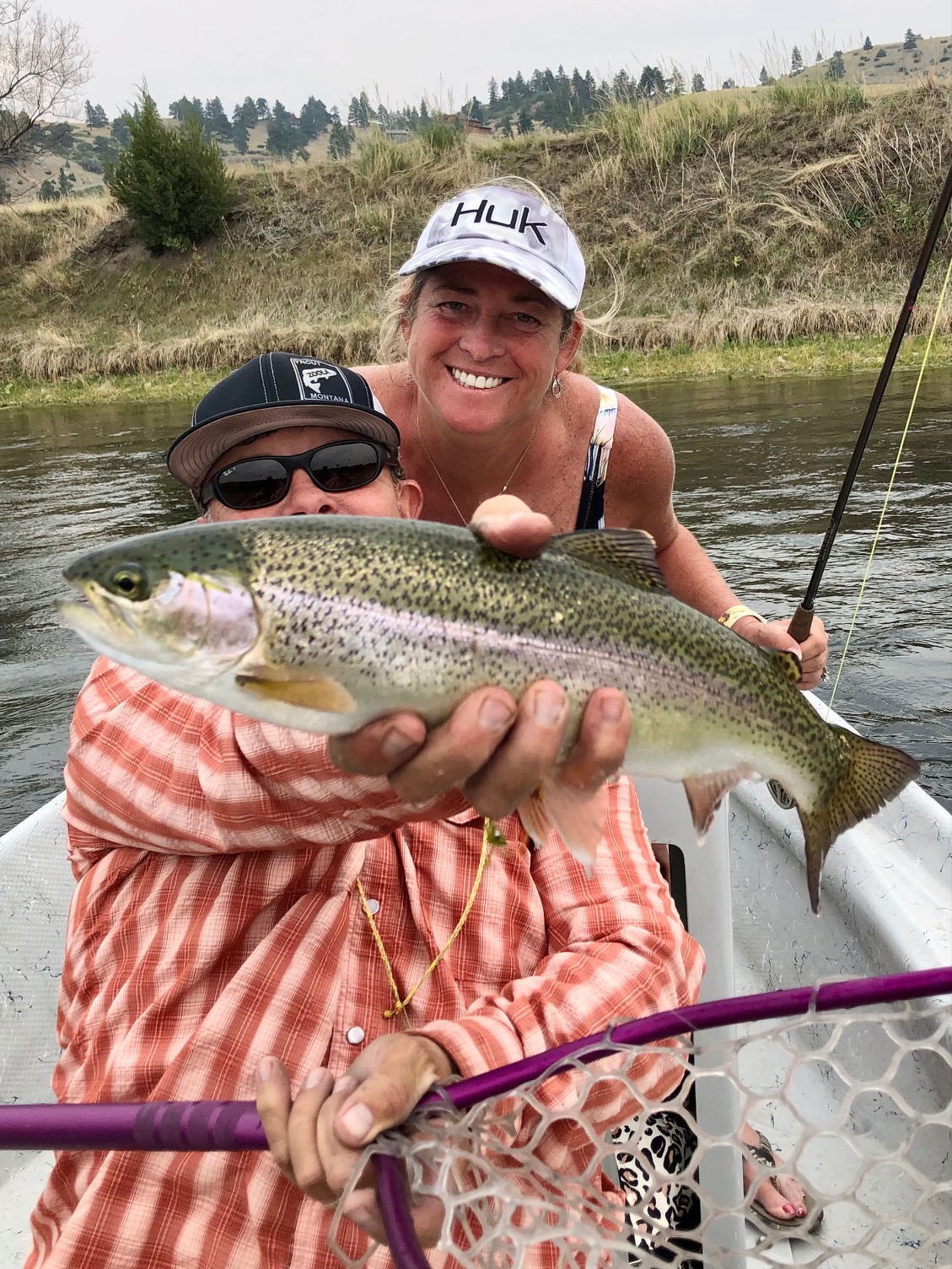 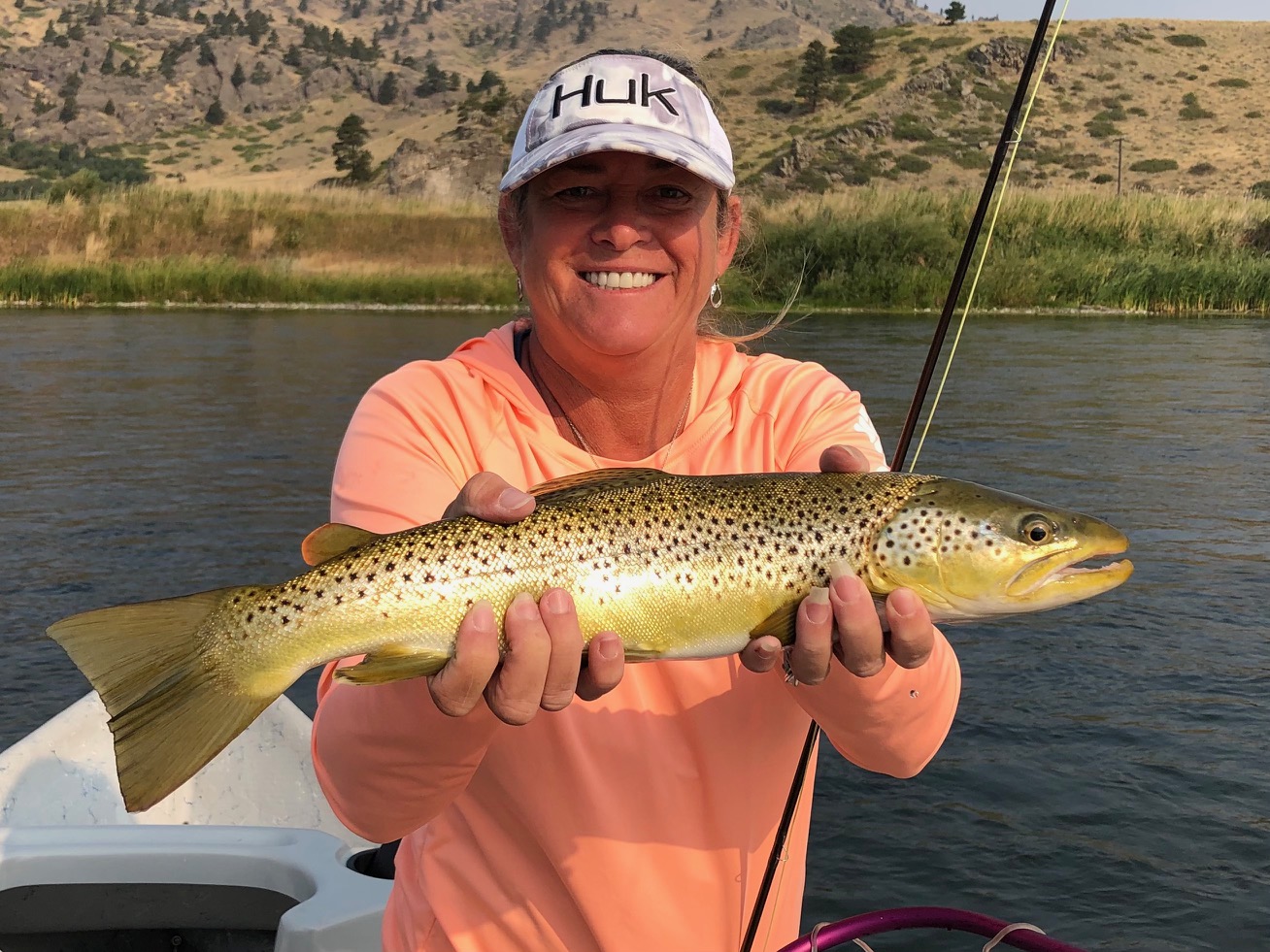 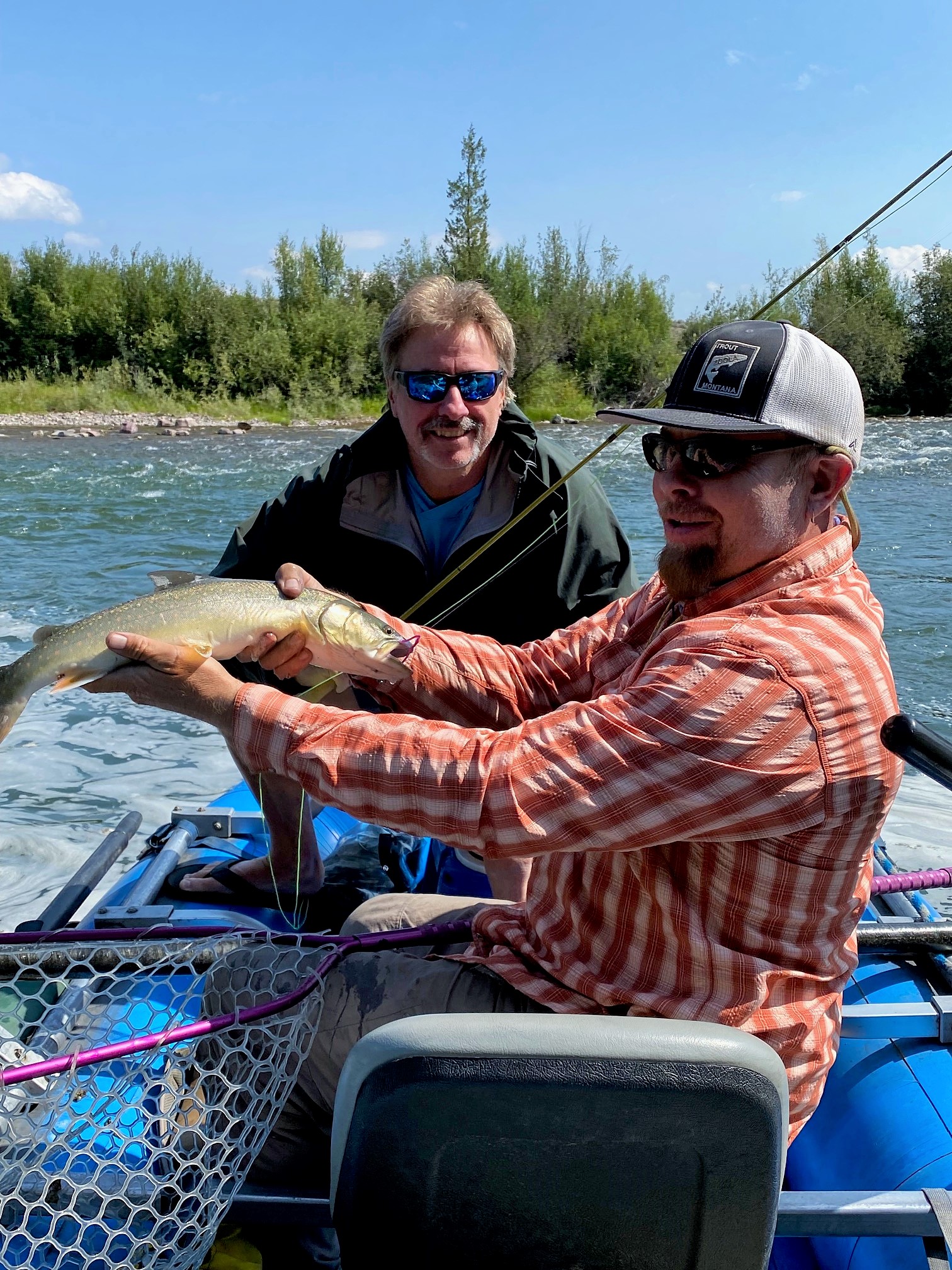 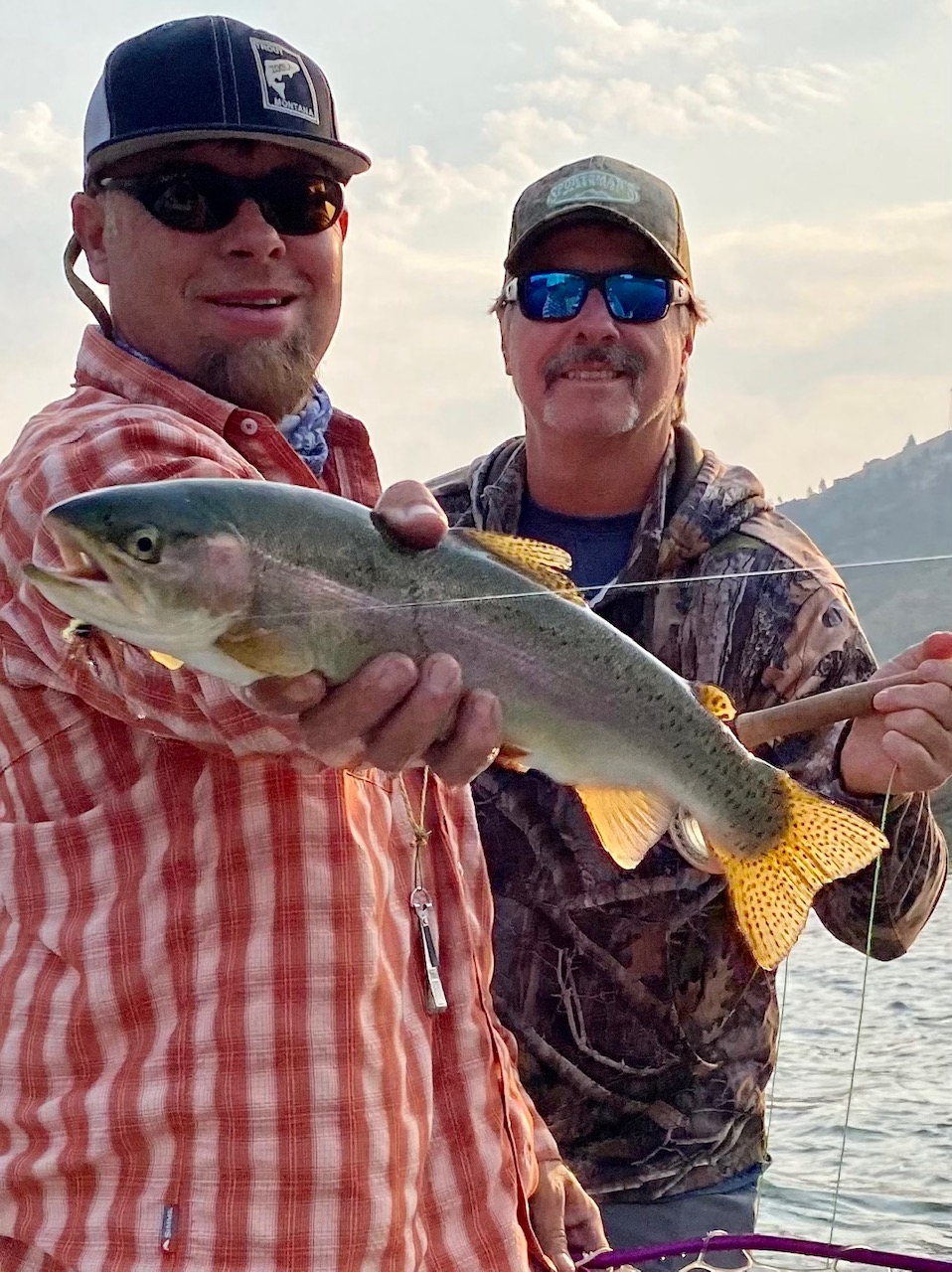 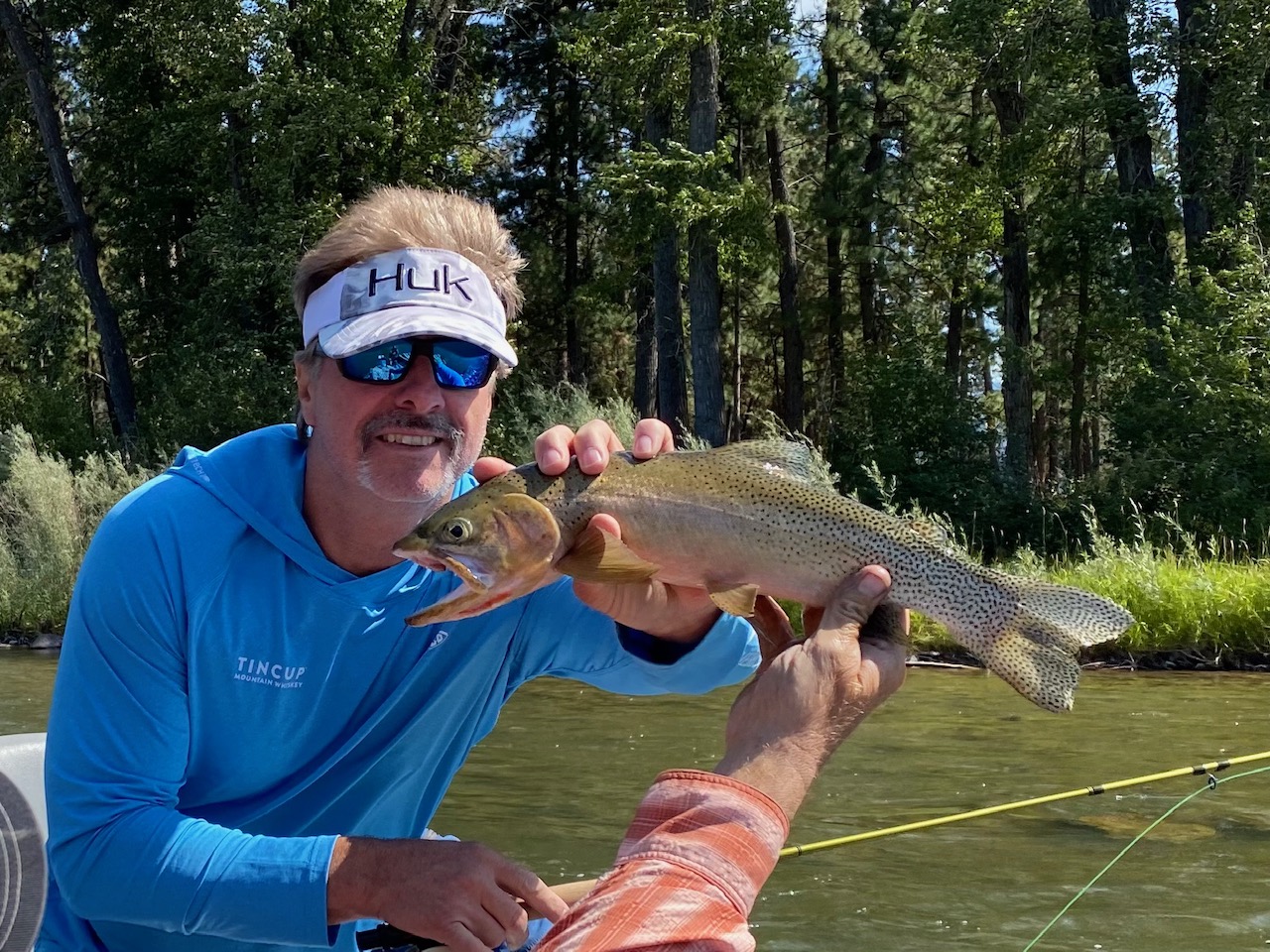 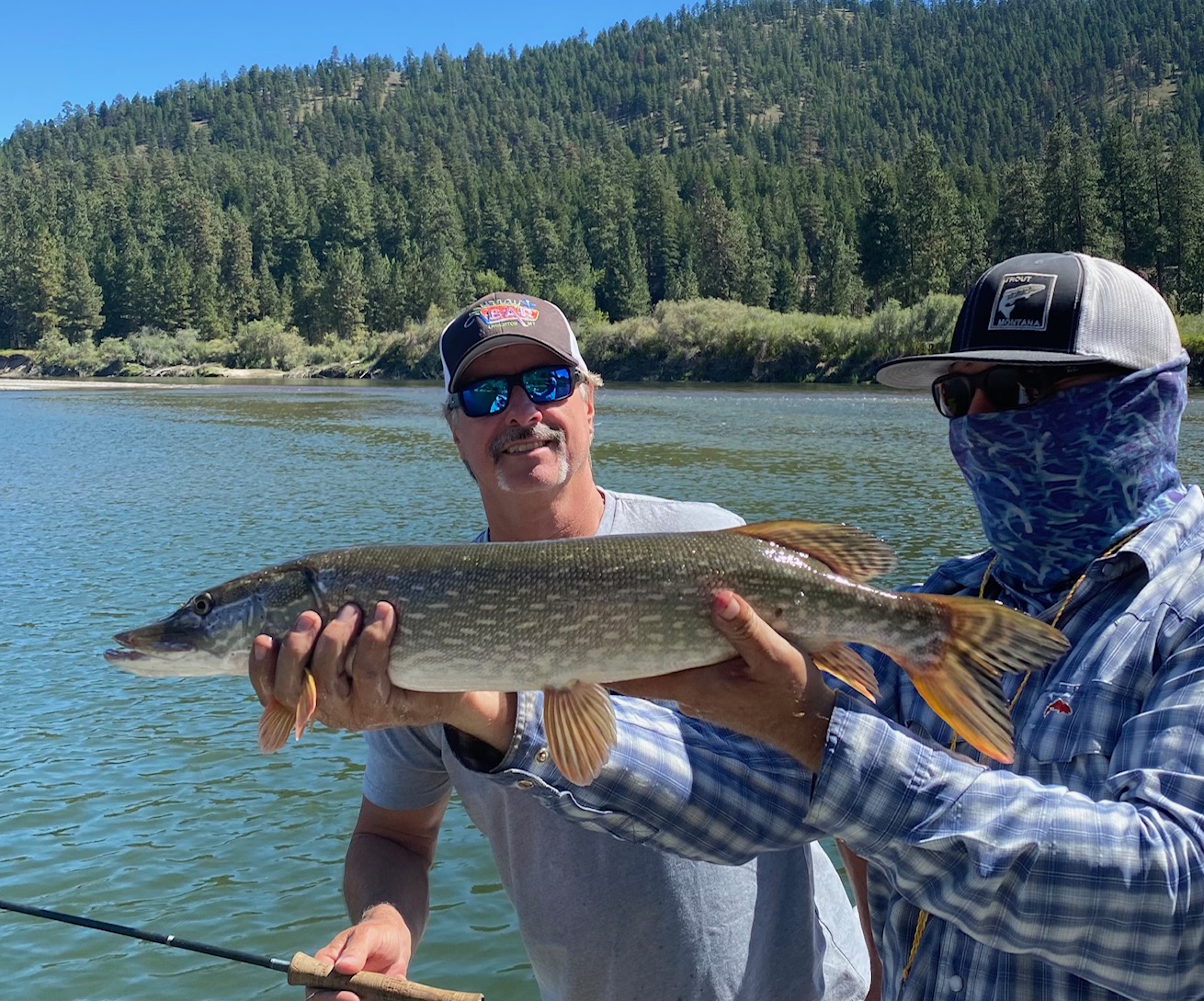 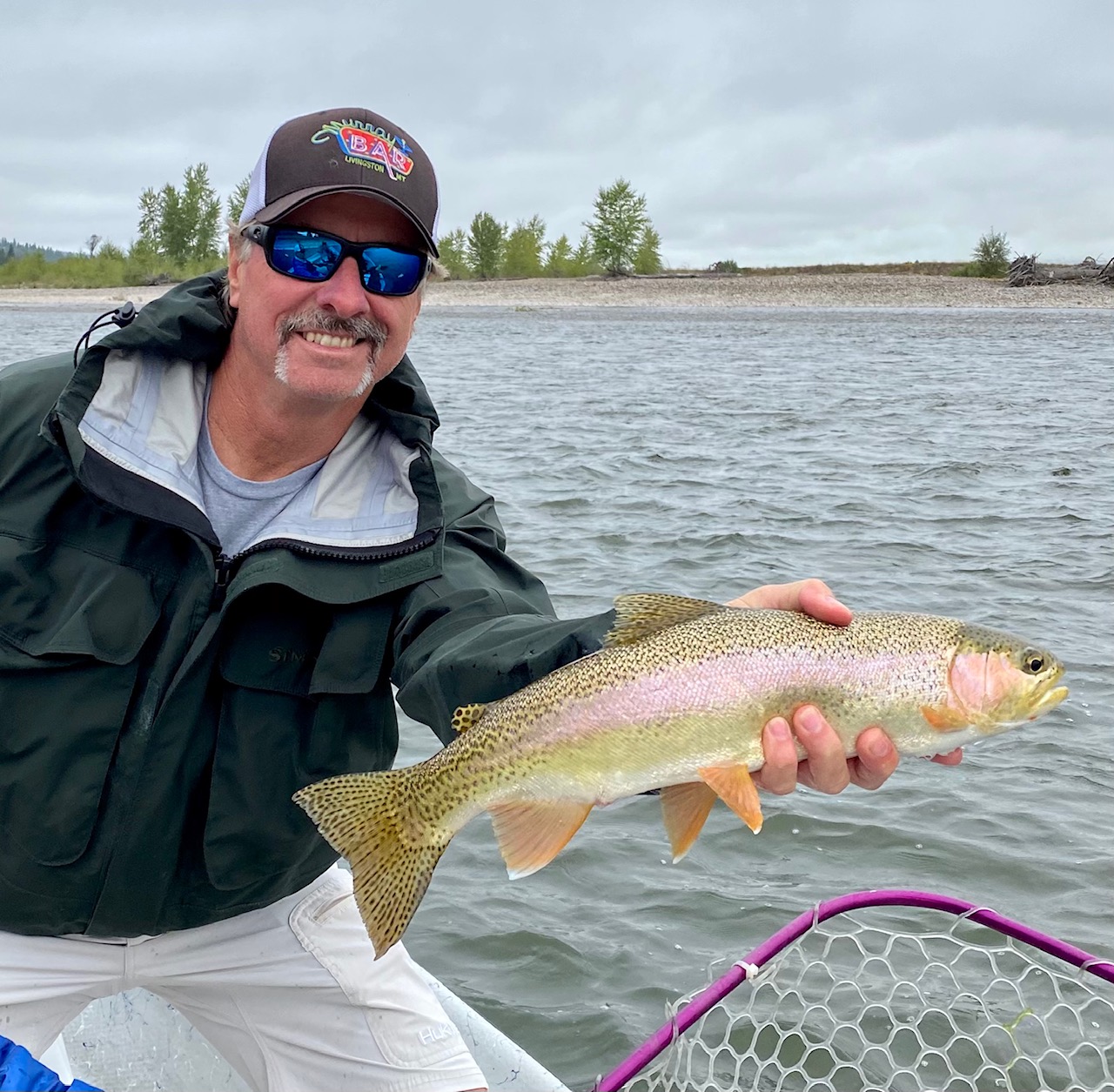 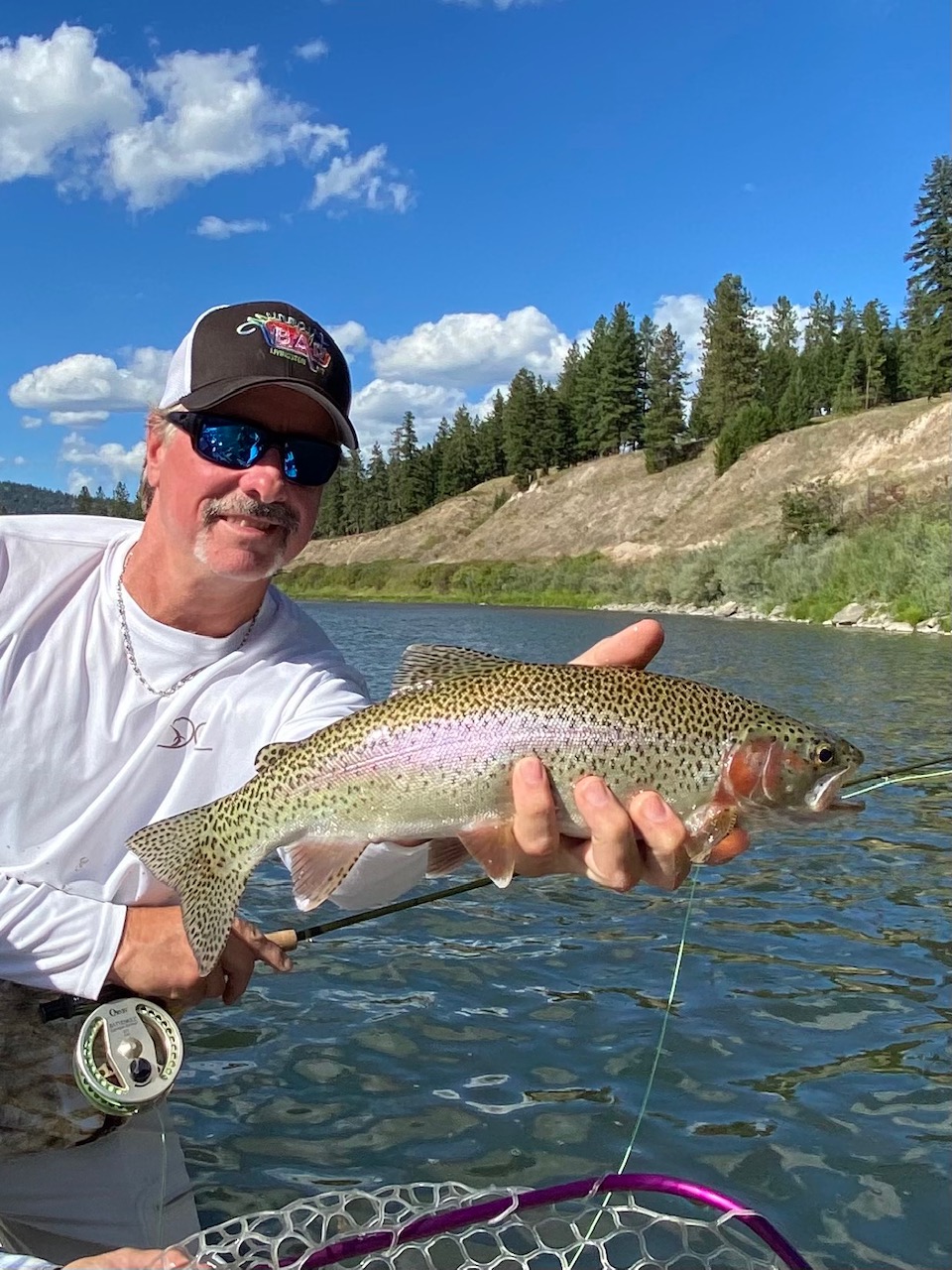 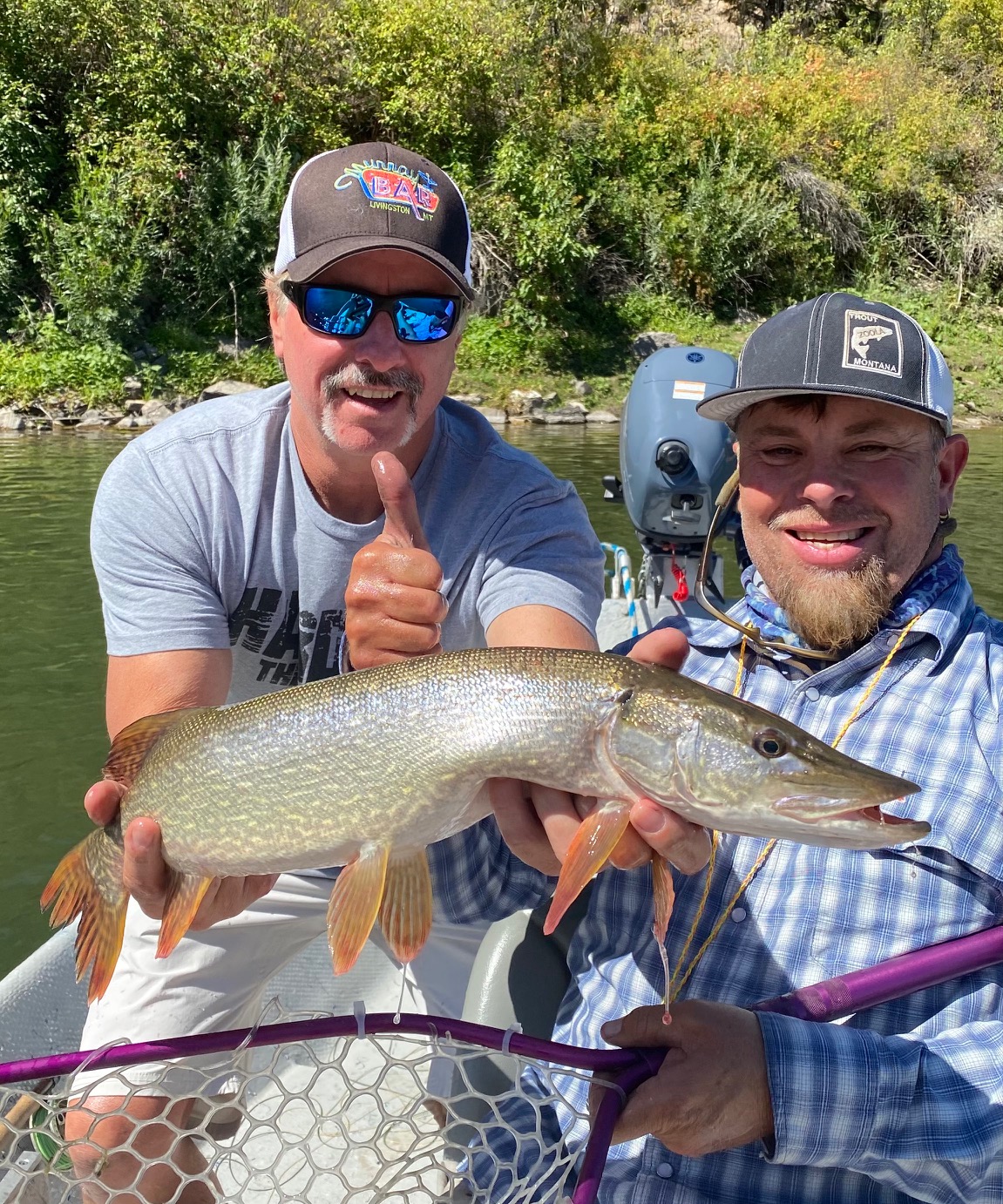 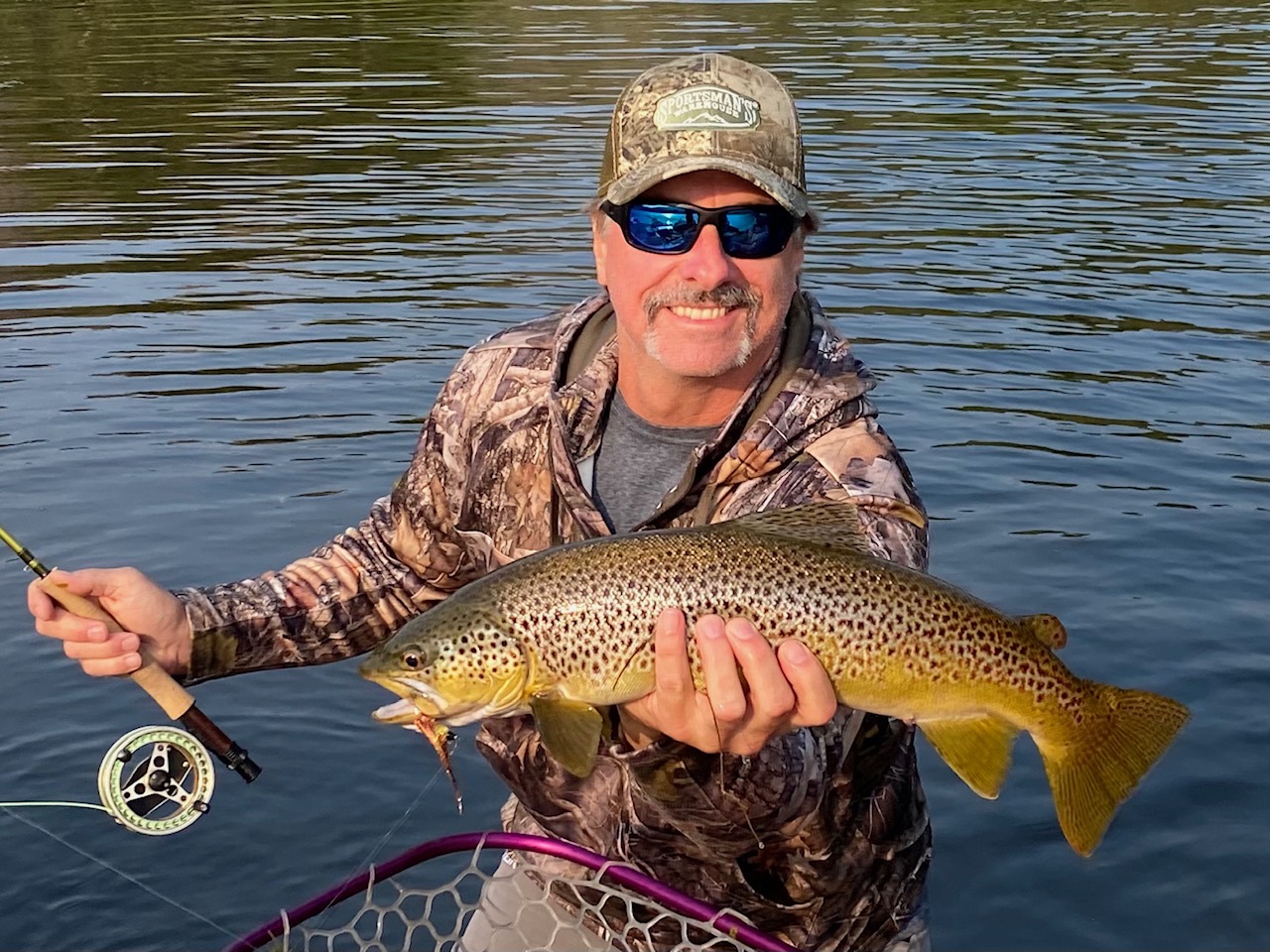 We departed Montana on August 30th fat and happy on to Part #2 of our trip which took us to Northeastern Wyoming for opening day of archery season and a second try and taking a buck in velvet with our bows. We were once again blessed with good weather, lots of deer moving, and the company of great folks. We hunted on the Triple H Ranch near Hulett, Wyoming hosted by Lyle and Kathy Hartman. The Triple H only takes a handful of hunters each season to help offset some of the planting and feed costs. Lyle offers a very reasonably priced semi-guided hunt and a cozy cabin for your accommodation in the middle of the ranch. The Hartman's are great folks and we always appreciate their hospitality. They have great numbers of both whitetail and mule deer along with some of the best Merriam's turkey hunting in the West. Although this area is not know for giant bucks, the deer numbers are incredible which offers us the best odds of seeing bucks in velvet.

Although Lisa never saw a shooter buck, she did her part to stock up on our supply of venison by shooting 2 freezer queens during the hunt. I was lucky enough to shoot a pretty 4x3 mule deer buck on the 3rd evening. He came in at dark :30 with 2 younger bucks already hard-horned... I had the 3 bucks and 10 does out in front of me. I probably had all 26 eyeballs on me when I tried to draw. I had to hold for what seemed like an hour to get him broadside. I really struggled to stay at full draw, and about .5 seconds before I had to let down, I took the shot, and watched the blue lighted nock blow through both lungs and bury in the alfalfa field. I watched him run about 150 yards and tip over..

He's no giant, but he was in full velvet and having never shot a deer in velvet with my bow, he was too pretty for me to pass up.. So, I finally got my first velvet buck with my bow, and I've been processing deer for the last 3 days, and hopefully we have plenty to get us through until next year. If we can draw tags, we will be back in a tree in Wyoming on September 1st, 2022...!

PS: The blue gloves are not a fashion statement. I forgot to take off the gutting gloves before the pics.. LOL.. 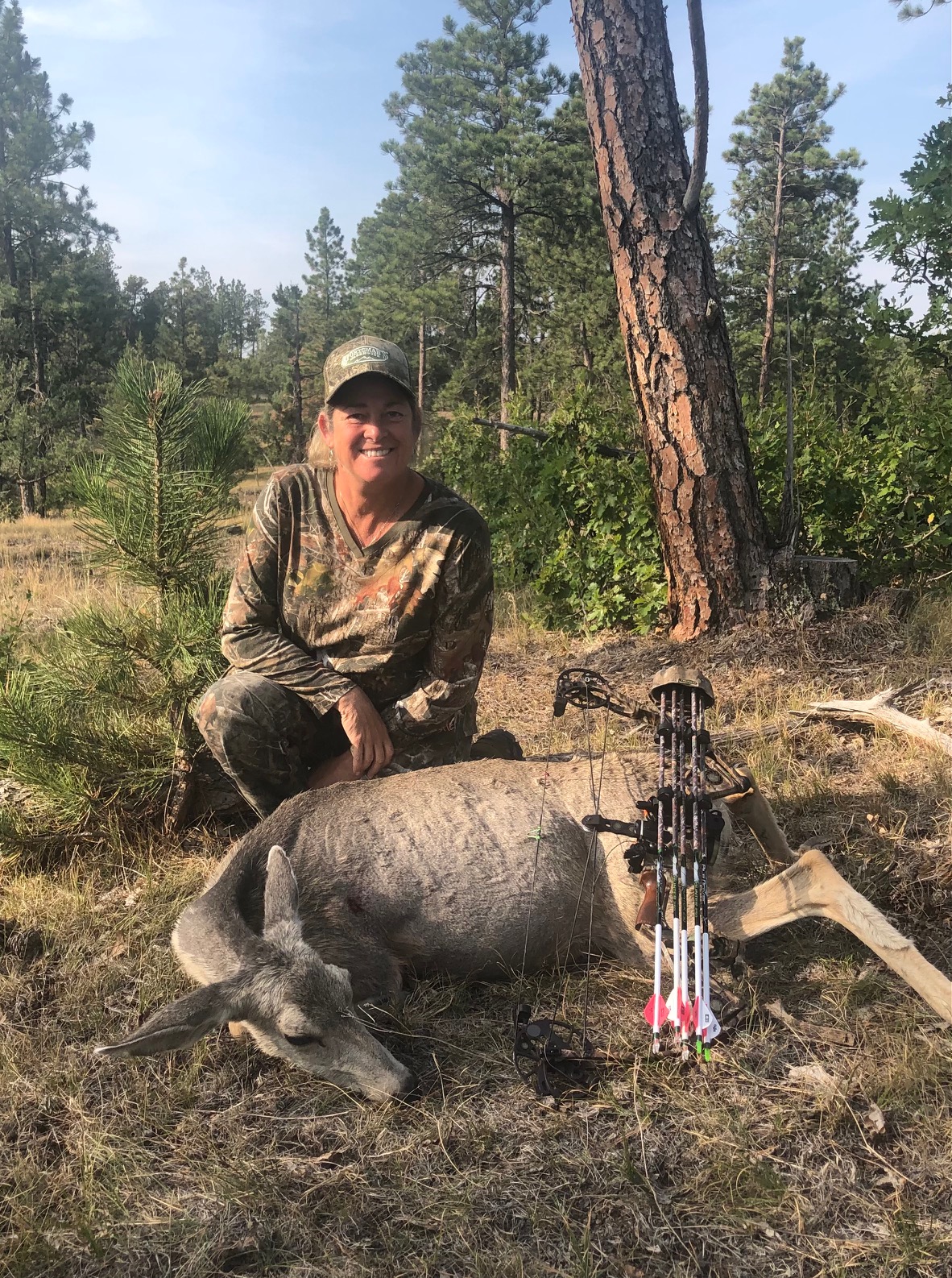 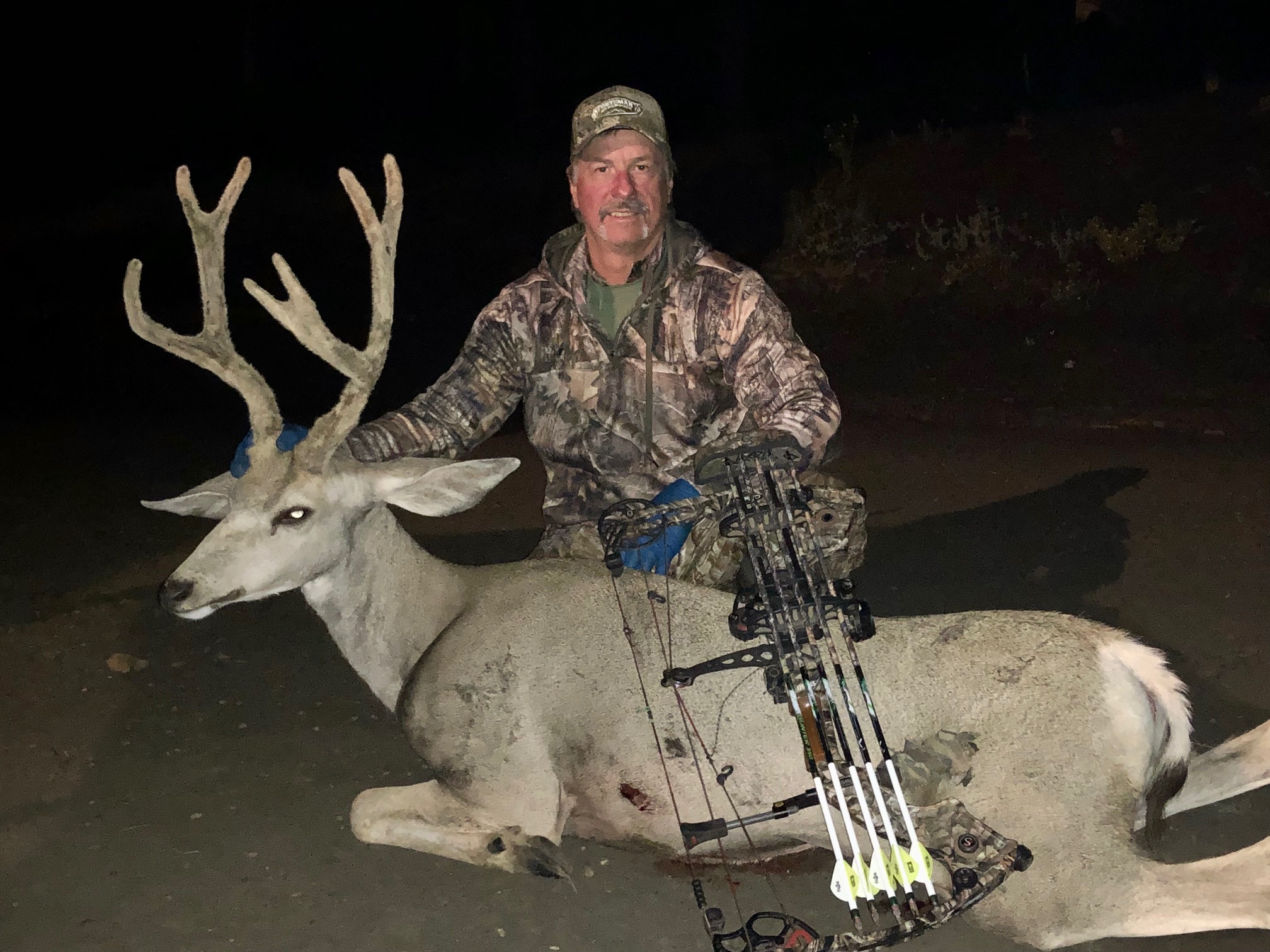 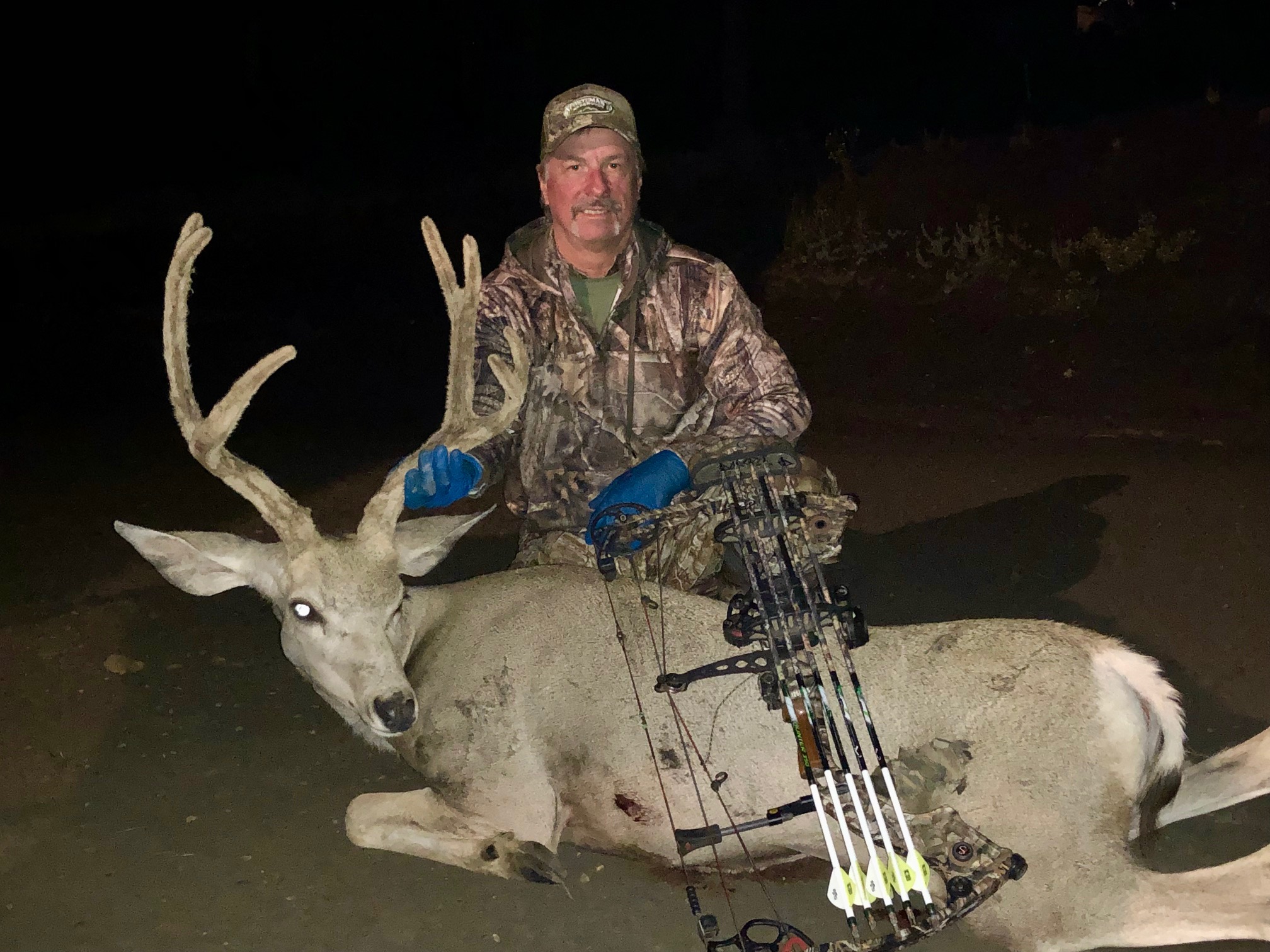 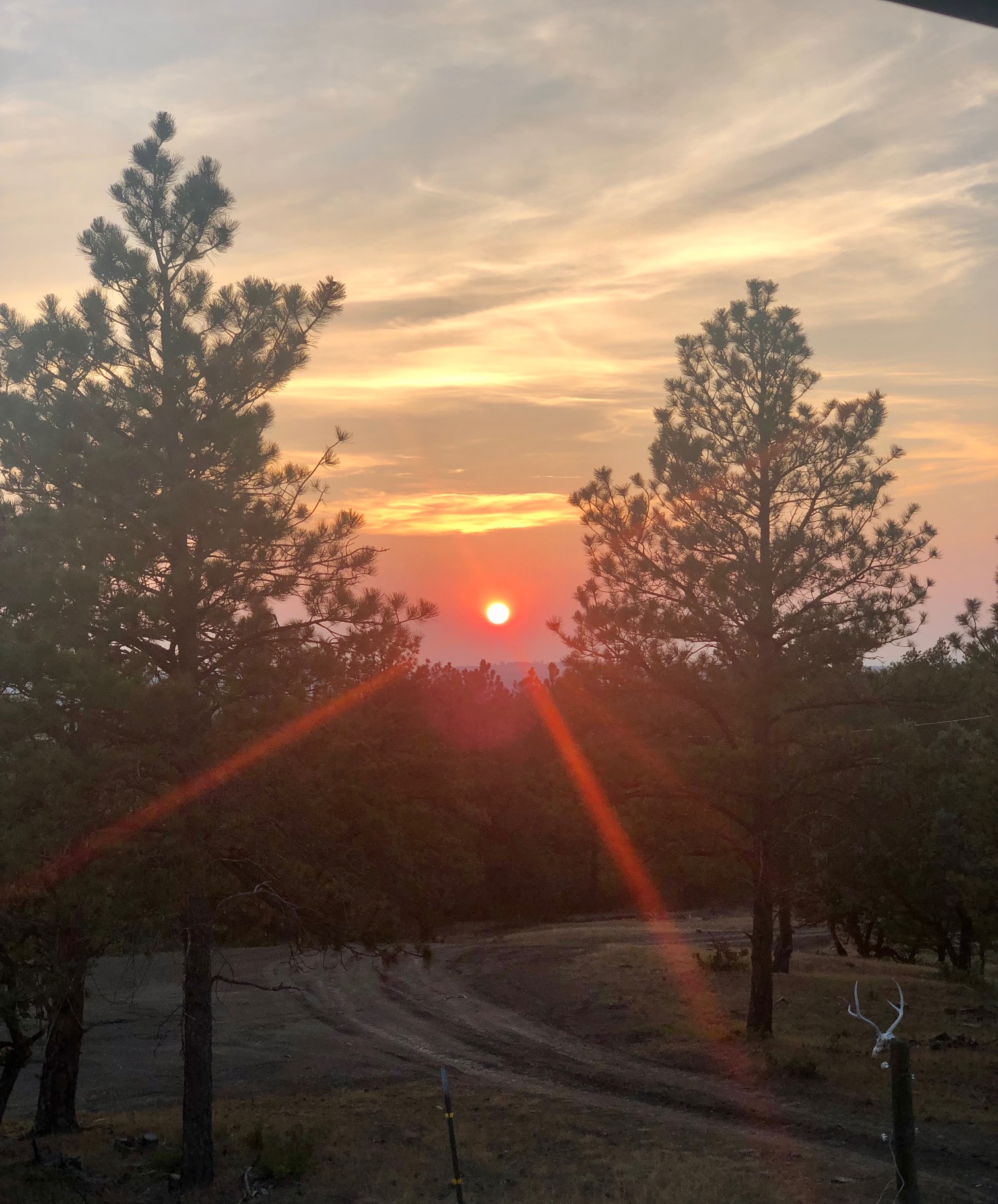 Looks and sounds like a great trip!
"And the people bowed and prayed to the neon gods they made" Couple of hippies
"The two most powerful warriors are patience and time" Tolstoy

Congrats on another great trip. Velvet deer are fun to take. Some nice trout too. Well done
Bruce

Once again beautiful country and beautiful fishing. Congratulations on another great trip out west....

Looks and sounds like a darn good trip! Congrats and thanks for sharing!
John 3:16

Can’t beat a combo hunting/fishing trip. Those are some beautiful fish. You certainly take a lot of hats with you! Lol.
I’m glad to see someone beside me post a pic with colourful gloves on. Last winter I caught a nice pike while wearing purple gloves that I forgot to take off for the photo. It’s posted on the Fishing Addiction thread! Lol
"I don't need to shoot farther...I need to hunt closer." - G. Sitton

What a fantastic trip. You guys took some beautiful trout, and scored on some mule deer, what more can you ask for. Successful trip all the way around. Congrats to both!

Wow! Great trip all around! Thanks for sharing your report and pics. When I grow up, I want to be just like you Dan!
"They who can give up essential liberty to obtain a little temporary safety deserve neither liberty nor safety."

BSO Dave said:
Wow! Great trip all around! Thanks for sharing your report and pics. When I grow up, I want to be just like you Dan!
Click to expand...

+1.
You must log in or register to reply here.