Man that shot Leopard in the Eastern Cape to be charged

Man that shot Leopard in the Eastern Cape to be charged.


Have to say, whenever the media reports that it is raining outside, I choose to check myself. Same goes for Landmark Foundation/Bool Smuts.

The man who shot dead a leopard in what was claimed to be self-defence on a hunting farm outside Grahamstown will be criminally charged for allegedly hunting the animal.

The probe into the killing of the leopard – which is a protected species under South African law – came after Dale Venske shot the animal on the reserve near Alicedale in January.

Venske works as a vermin control officer on Burchell’s Private Game Reserve where the leopard was killed.

Earlier this month, Venske was served with a summons to appear in the Grahamstown Magistrate’s Court next month, where he is expected to be criminally charged.

The leopard mauled houndsman Zwelakhe Dyan during the incident, prompting the Environmental Affairs special investigations unit, known as the Green Scorpions, to investigate the shooting of the leopard and the attack on Dyan.

It has since emerged that the dead leopard was the largest ever recorded in the Eastern Cape.

Provincial Green Scorpions director Div de Villiers confirmed that Venske was due to appear in court on September 1.

Under the Animal Protection Act, hunting with dogs is also illegal under almost all circumstances.

National Prosecuting Authority spokesman Tsepo Ndwalaza confirmed that Venske would be prosecuted for hunting a leopard without a permit and unlawfully using dogs to hunt a leopard.

Venske would have the option of paying an admission of guilt fine.

“Admission of guilt fines of R8 000 and R2 000, respectively, will be set in respect of the charges,” Ndwalaza said.

Hunting operator and reserve owner Barry Burchell, who is in Namibia, said Venske did not want to talk to the media.

“There is an option of a fine [but] we will not pay. We are going to fight the case in court,” he said.

Investigators have since discovered that a third person arrived shortly after the shooting.

At the time of the attack, Dyan described how the hunting dogs circled bushes and, when he investigated, he was confronted by a leopard.

It is claimed that the predator charged Dyan, who suffered a broken shoulder and cuts, before being scared off.

It is further claimed that the leopard then charged Venske, who shot it.

However, investigators believe the men had attempted to hunt the leopard.

At the time, Burchell denied knowledge of a leopard on his property and claimed the dogs were part of a vermin pack registered with Nature Conservation.

However, days later, he admitted knowing that there might be a leopard on his farm.

According to officials, who cannot be named as they do not have the authority to speak to the media, the cellphones of those involved in the incident were confiscated.

They allegedly revealed messages and voice notes contradicting the original story about the leopard.

The authorities believe they show Venske allegedly intended to hunt the leopard.

Shortly after the leopard was shot, the carcass was taken to a taxidermist, where it was going to be skinned and mounted.

Investigators, however, confiscated the skin and remains. Analysis of the skeletal remains suggests the animal was shot in the side of the head.

However, Venske claimed he shot the leopard while it was charging him.

“It is the first time anyone will be charged for killing a leopard in the province.

“I hope this will see other similar [cases] prosecuted.

“Usually, the hunter falls back on the self-defence motive, which in our opinion is very weak.”

Smuts said the leopard, weighing in at about 113kg, was the largest ever recorded in the Eastern or Western Cape.

Marius, this is going to be interesting.
P

Traditional Mozambique Safaris said:
Marius, this is going to be interesting.
Click to expand...

Marius,
I was at burchells this spring here is a pic of the guys face torn up by leopard and the leopard weigh. THERE IS MORE TO THIS STORY THAN MEETS THE EYE.
And there is a bigger leopard now on the prowl! Trackers wouldnt get out of Bakkie without machetes! 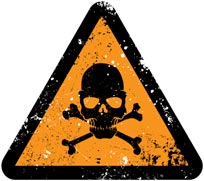 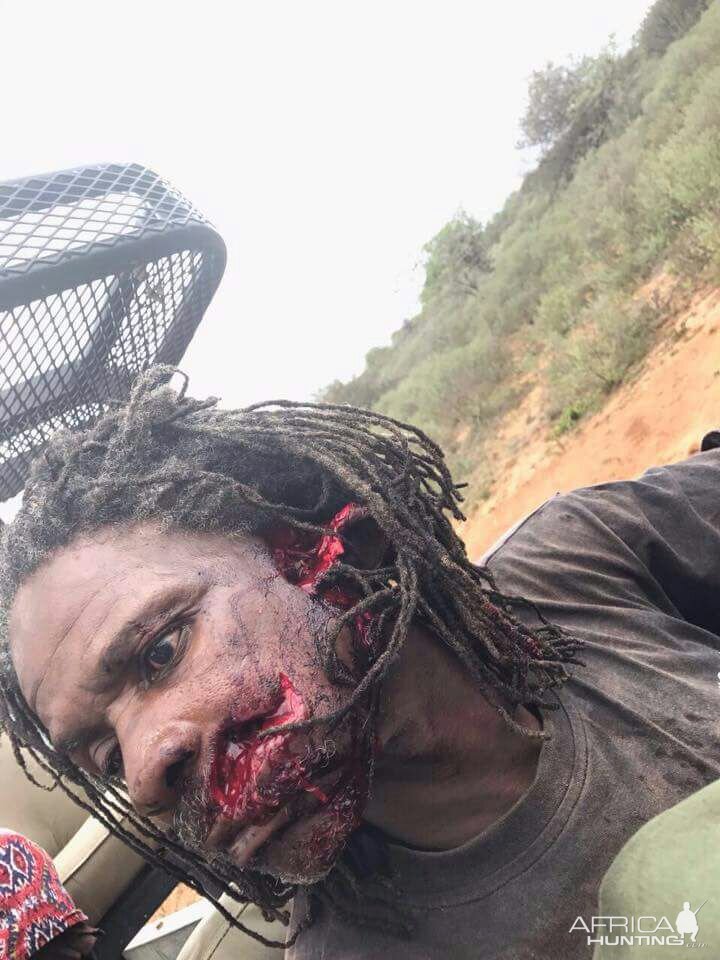 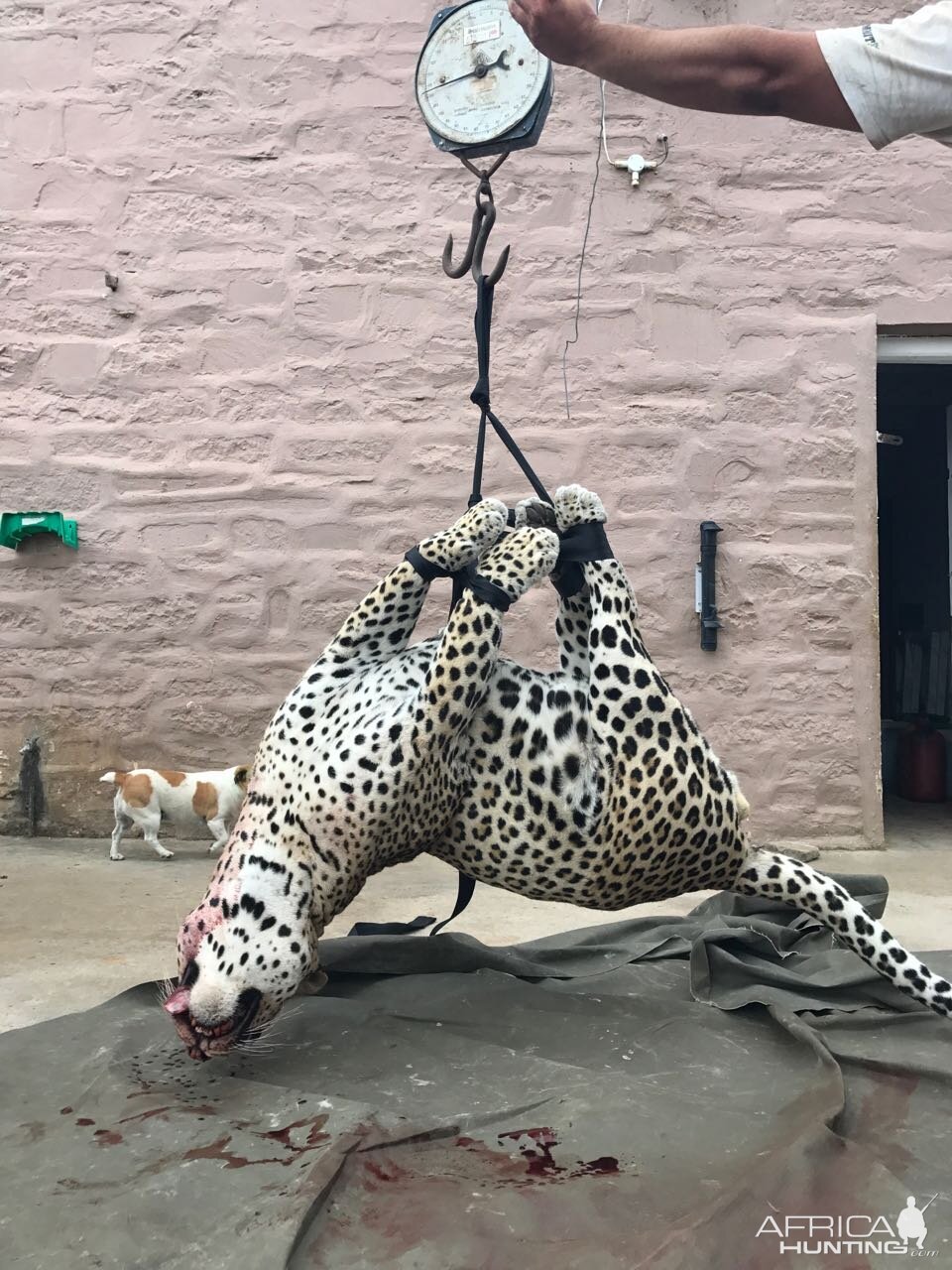 GRAPHIC CONTENT ABOVE
Last edited by a moderator: Aug 17, 2017

Buckdog said:
Marius,
I was at burchells this spring here is a pic of the guys face torn up by leopard and the leopard weigh. THERE IS MORE TO THIS STORY THAN MEETS THE EYE.
And there is a bigger leopard now on the prowl! Trackers wouldnt get out of Bakkie without machetes!
Click to expand...

Very familiar with the story, as we are situated roughly 1.5 hours away. Also saw the damage that was caused to the hounds-man when the story first broke.


Buckdog said:
THERE IS MORE TO THIS STORY THAN MEETS THE EYE.
Click to expand...

total media storm in a teacup. And I think RSA should open leopard hunting as you guys have plenty of really big ones that I want to harvest!

Buckdog said:
total media storm in a teacup. And I think RSA should open leopard hunting as you guys have plenty of really big ones that I want to harvest!
Click to expand...

Fairly certain I was near Burchell (and think I passed it one day as my wife and I were headed to another property headed out from Wycombevale) when I was down in the cape. I recall seeing the sign off the road. In that sort of thick tall brush in the area, it is hard to say a leopard couldn't hide until hounds (used to pursuing cat scent if they chase caracal) flushed it at point blank range, especially if it was not a super hard driving pack of hounds. However, who knows on the intent of those involved. This could be an interesting case I imagine.

With that being said, I think it is going to be damn hard to not believe self defense after a mauling like that.

Must be an Anti hunter.

BRICKBURN said:
Must be an Anti hunter.
Click to expand...

KMG Hunting Safaris said:
Shortly after the leopard was shot, the carcass was taken to a taxidermist, where it was going to be skinned and mounted.
Click to expand...

That was not a clever move.
You must log in or register to reply here.

Lion Killer to Be Charged in Namibia