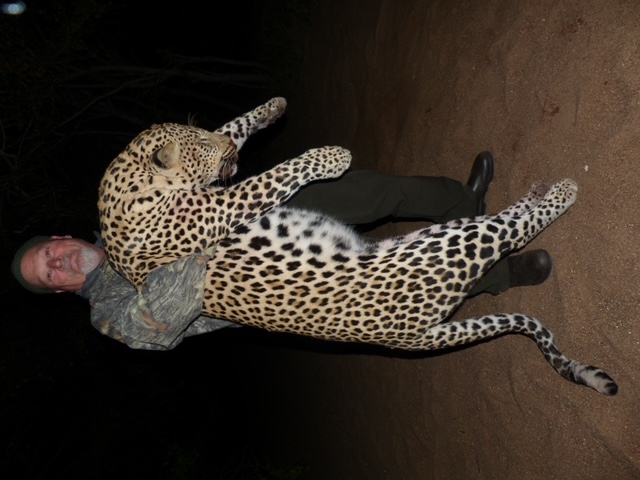 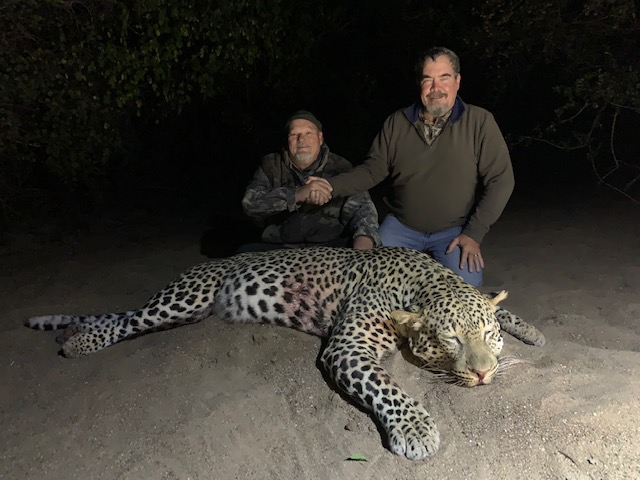 Awesome! I hunted elephant with Wayne a few years ago and he and his guys will bust their asses to get you on an ele. I can't wait until I can get back to Zim and hunt my leopard with Wayne.
https://www.facebook.com/insanebowhunter/

Nice Leopard. Having the preparation work so well makes it look easy.
Congratulations.

What a beautiful leopard! Great story too.

Amazing Leopard. I know a few people who've hunted with Wayne and have only heard great things.

fantastic when everything comes together! Congratulations!!!

Congratulations on a fine hunt and a great cat

Monster kitty! Looking forward to details of your ele hunt and more-congratulations

Well done both of you! My buddy, Jim, will be hunting with Wayne in a few weeks.

Congratulations on a great cat, thanks for posting.
W

Congratulations on a well planned hunt!
B

Congratulations and enjoyed the story and pictures.
You must log in or register to reply here.