Tools of the trade: Nathan’s Leica binos and Merkel double in 470 NE.

There was a nice reedbuck in the back of the truck and we rolled towards camp to give it to the skinner and grab some lunch. Suddenly, “nyati” and a poited finger from a tracker in the rear seat indicated buffalo to the right. Glass went up and with Nathan’s nod five of us slid off the sides of the moving truck and into the bush. We circled wide through the forest, working to get the wind in our favor. Coming to the downwind side, the team’s pace slowed and soon we split — one tracker and the second PH holding back while three of of moved slowly forward in a crouch. We crept up behind a small tree and a patch of grass and Nathan reported from the side that the buffalo were at 35 yards. No time or room for sticks, this would be a freehand shot. There was only one hard-bossed bull in this small herd and he was bedded, facing us. Nathan readied his double and gave me a nod. As slow as I could I rose up and right, out of the grass. The bull saw and rose with me and I dropped the red chevron onto the point of his shoulder. But the gig was already up; the herd had started to move and a caw had stepped behind the bull. “No shot” I heard from Nathan, and the herd whirled, thundering away through the brush as I lowered my gun. We walked back to the road and continued on to camp. 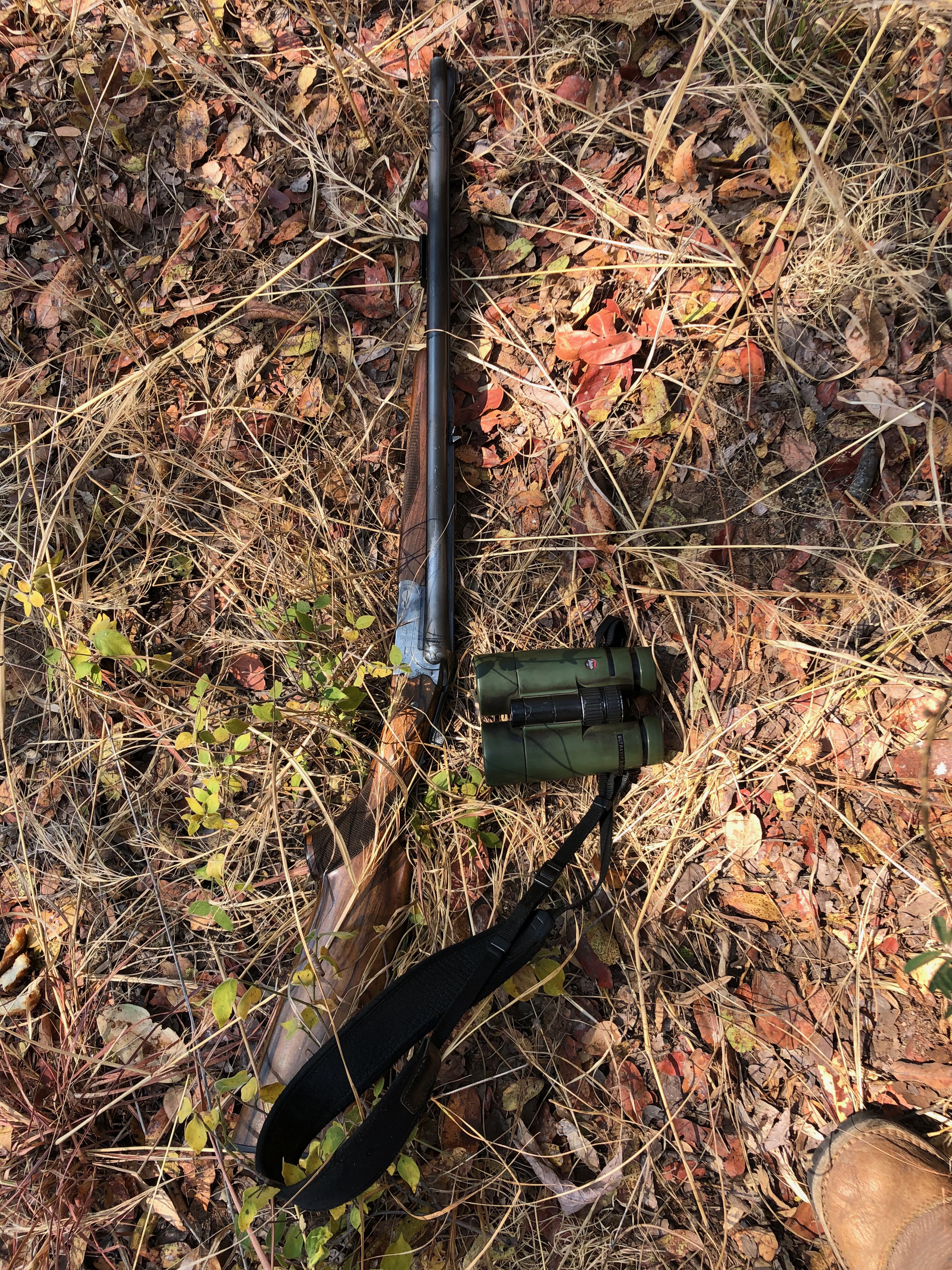 Last day of hunting. It was a slow morning until one of the trackers spotted some kudu crossing in front of us. The truck stopped so we could take a look; zebra and waterbuck were spotted off to the right. Then black shapes moving through the brush — buffalo. We geared up and got off the truck. Our group of six swung wide to try to get the wind. We saw movement and closed on the position but found only waterbuck tracks. Wrong target. Backtracking, we re-located the buffalo tracks and gave chase. Two bulls were trailing the herd, and we were catching up, but the wind was not great and they knew something wasn’t right. They kept moving intermittently, watching their trail. We got sight of them and Nathan, Sharif and I took off at a crouched sprint to get in position. After a couple hundred yards, they paused and we caught them. Sticks went up and there was a clean shot on the second bull’s shoulder. I asked Nathan if it was clear to shoot, but he said to wait, still confirming through the binos that we had a mature bull. The bulls moved on, and we sprinted after them. The sticks went up a second time, but we could not get a shot through the brush. One more sprint and we were on them again. Red chevron on the bull’s shoulder, Nathan confirmed this was a shooter. I broke the shot and the bull bucked and raced away. We angled to the side for a clean line and sent some more lead, but he continued. Our other two trackers caught up and we slowed the pace of our advance. The brush was thick and the bull could be anywhere; we were cautious of a charge. We followed him a hundred yards before a tracker spotted him. More lead flew, the bull fell to his left and we raced in to put a finisher in him as his death moan filled the brush. Beautiful bull, and an exciting way to end the hunt. 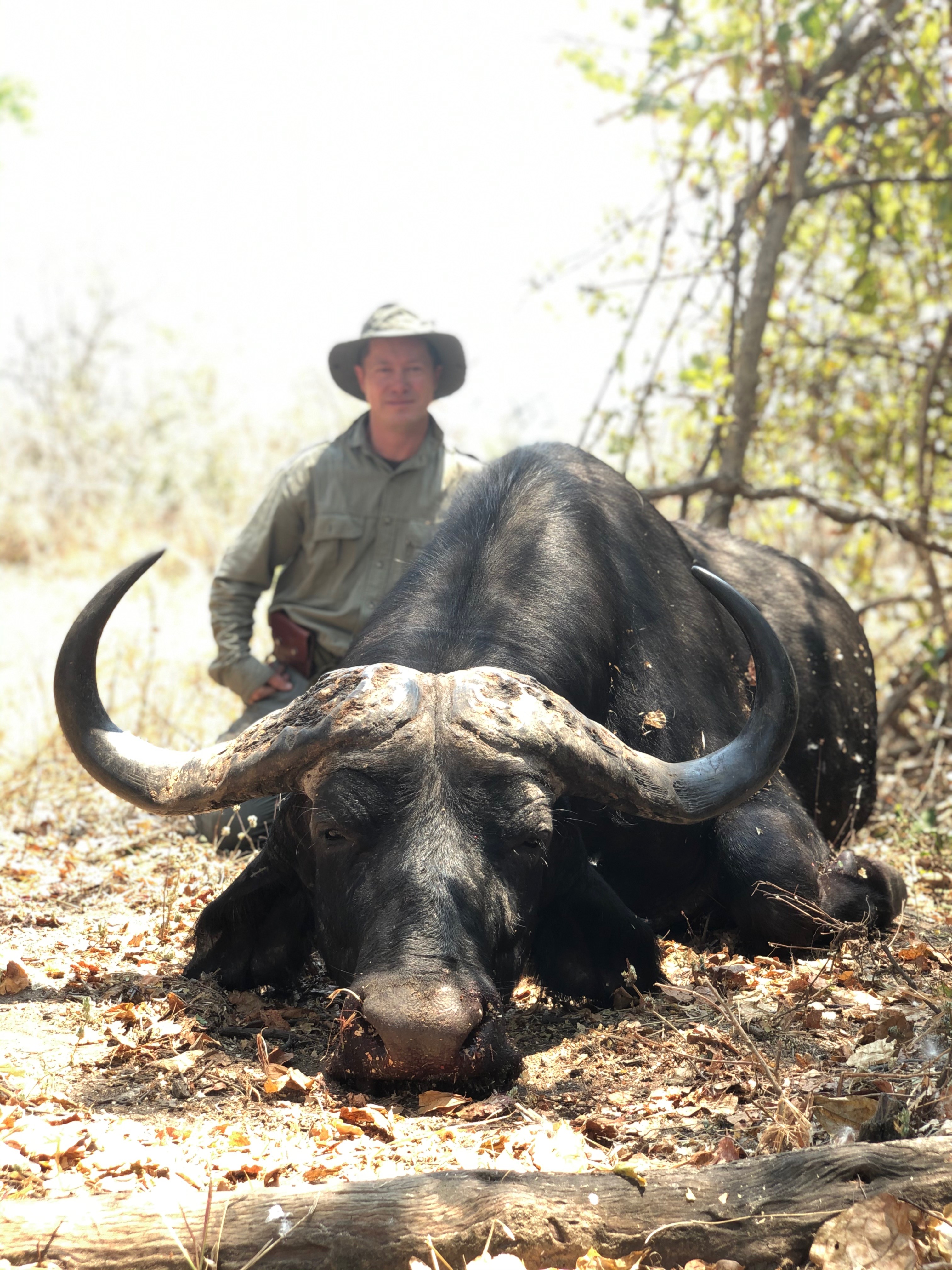 Travel home was long, but not quite as stretched as the trip over. Arrived home midnight Friday. One day to recover, and one day of good old public land hunting to start filling the freezer before I got back to work. 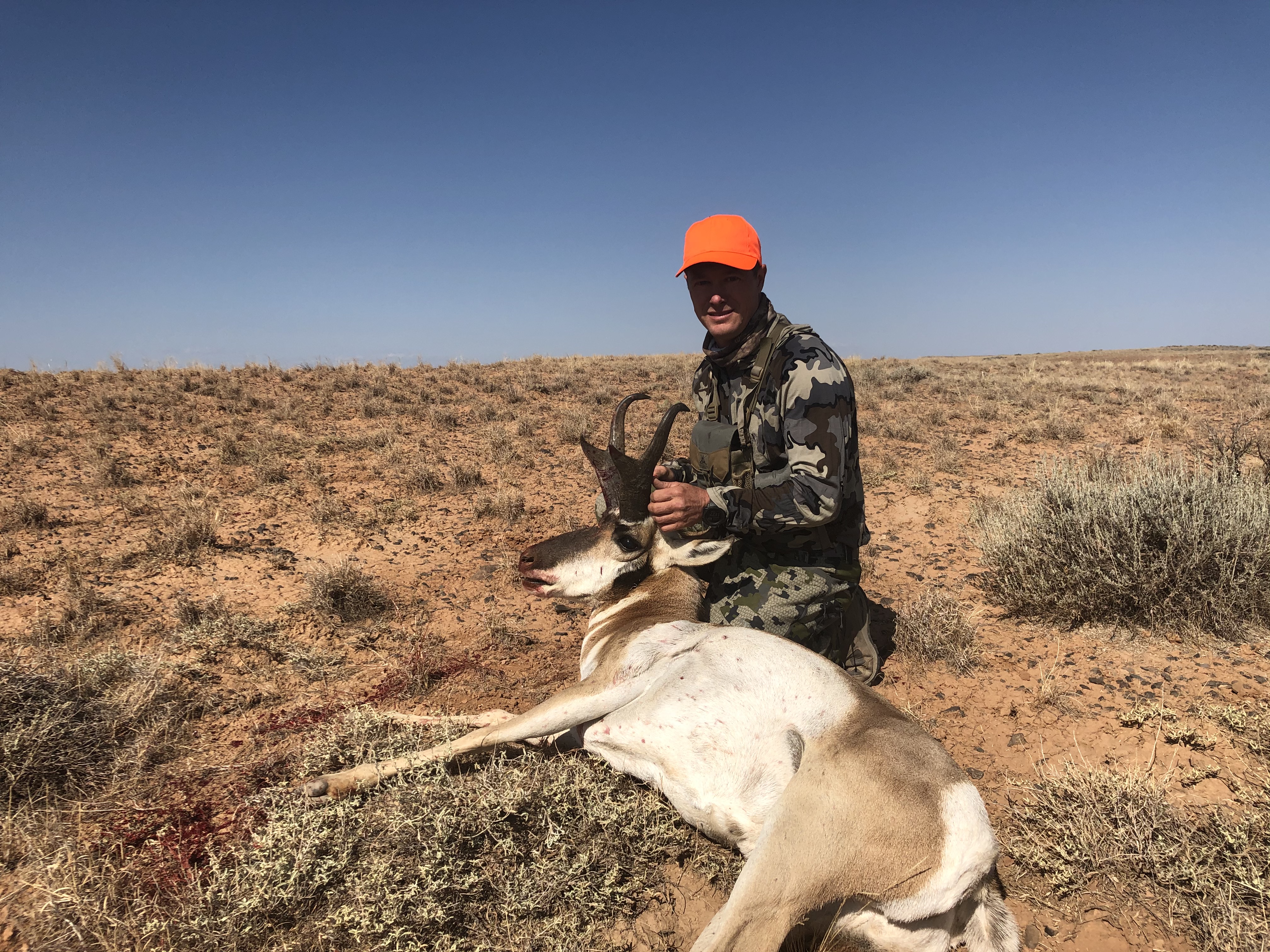 The Zebra has a target dot, very cool!!

Thanks for sharing the rest of the story with us, enoyed it! Congrats once again!
John 3:16

I too hunted with Bullet Safaris in Rungwa last year. We had an amazing time! By the way, I believe that is a Crawshay's Zebra, found in that area and known for their vivid stripes.

Zebra, let's see yours After my hunt and realizing how difficult hunting zebra with a bow can be, I've become a big fan of the zebra. So much so that I've been looking into the various species/subspecies found in Africa. While some are very easy to tell apart, there are others that seem too...

Matt_WY said:
It ain’t all grins and giggles. Tsetse fly bites - I have absolutely zero love for these bloodthirsty malicious evil creatures. And trucks stuck in the mud — sometimes more than once per day.
View attachment 370738
View attachment 370739
Click to expand...

Wow you have bad reaction to the bites....looks like they loved your blood..

Wow what a great safari and good for you for going for it this year! @Bullet Safaris did a fantastic job for you.
Philip

Thanks so much for adding to the great photos! That was such a fine safari! I needed a vicarious safari fix!
Africa on my mind.

That was a great hunt, congrats !

Thanks for taking the time to write this up. We appreciate the effort. Looks like you had a wonderful hunt. Congrats
Bruce

Good write up. What's the story on the Leopard.

Congrats! What a haul!

Beautiful trophies. Thanks for sharing your adventure. Nathan is definitely "Top Shelf!"

Good report and congrats! I came in a safari after you in the other Rungwa concession of Nathan's I believe. Nathan does have some amazing areas in Tanzania... this is a real Safari and if anyone can spare the time and $ you NEED to experience it!

Thanks for taking the time to write it up. One of the few for 2020 I suspect.
S

M Whitley said:
Good report and congrats! I came in a safari after you in the other Rungwa concession of Nathan's I believe. Nathan does have some amazing areas in Tanzania... this is a real Safari and if anyone can spare the time and $ you NEED to experience it!
Click to expand...

How did your safari go?

Safari1 said:
How did your safari go?
Click to expand...

Trying to get around to my report for AH but I was also successful on leopard, buff, and a handful of plains game. See avatar pic teaser.