The .375 HH Magnum makes a fantastic elk rifle I would know . I have been using a Model 70 Winchester in this caliber for 13 years. Never failed to put an elk down with the double lung shot from a broadside position ( my favorite shot ) . Recently , however , l have acquired a beautiful .405 Winchester Model 1895 which l think will suit me well for Elk with Hornady Interlock vintage bullets . I also have a beautiful Custom ZKK- 602 in .350 Rigby Magnum which the gun's previous owner used to lay low 26 Elk using only kynoch 225 grain bullets

Take the .375!! Just got a .375 H&H barrel for my Blaser R8 and practiced a lot off of sticks at the range. Long range shots and 50 yard rapid (as reasonably possible) shots to build muscle memory and familiarity with recoil prior to this year's South Africa hunt. Took Choice Ammo loaded with 250 grain Barnes TTSX at 2760 fps . A good 25-300 yard round. Took a Zebra, Nyala, Impala and a Blue Wildebeest without problems. Will make an excellent elk stopper.
C 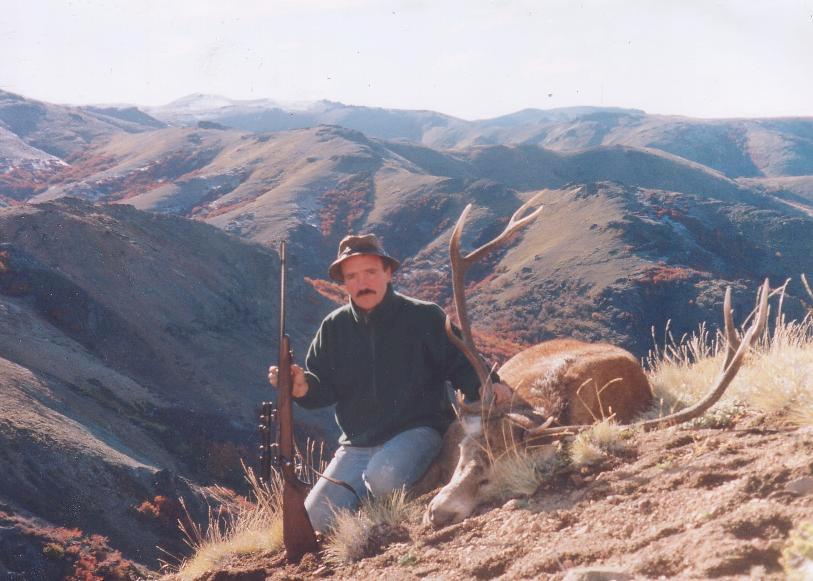 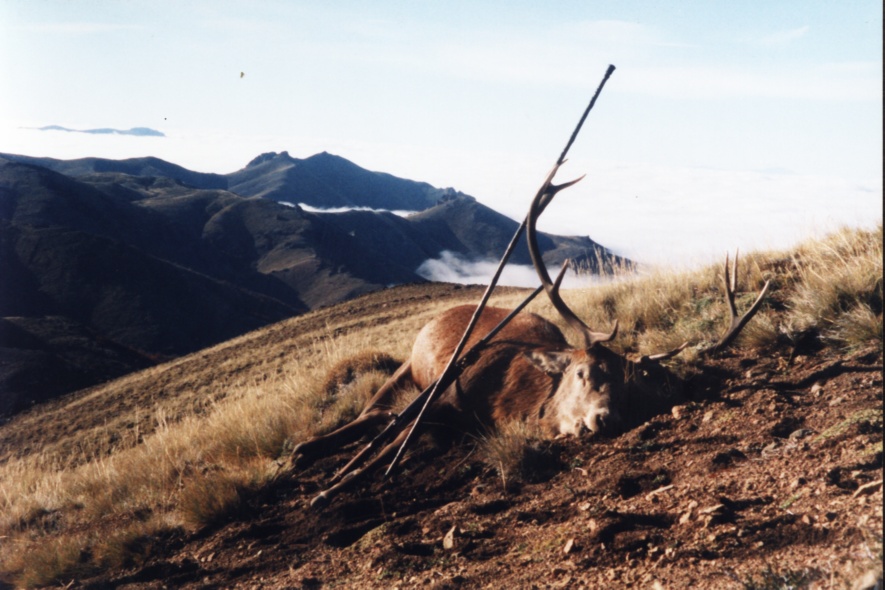 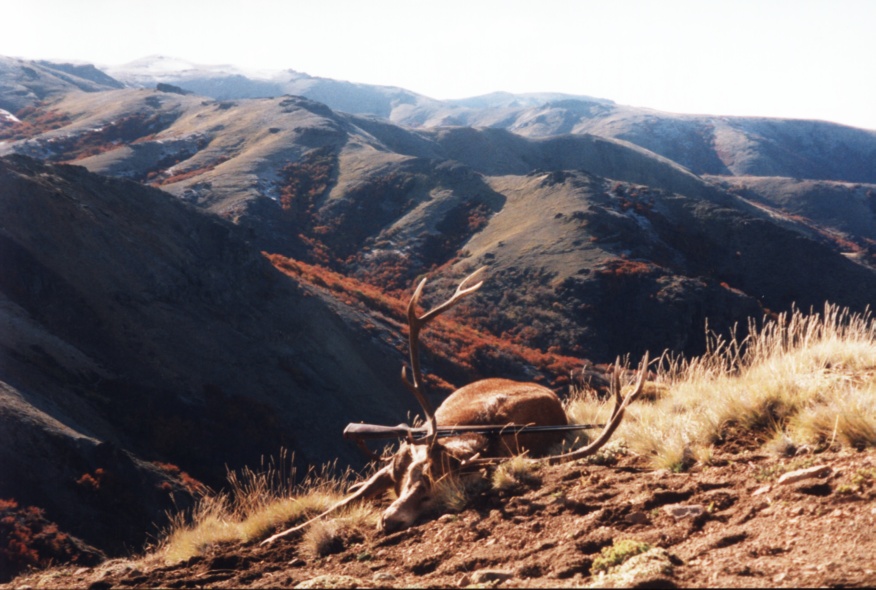 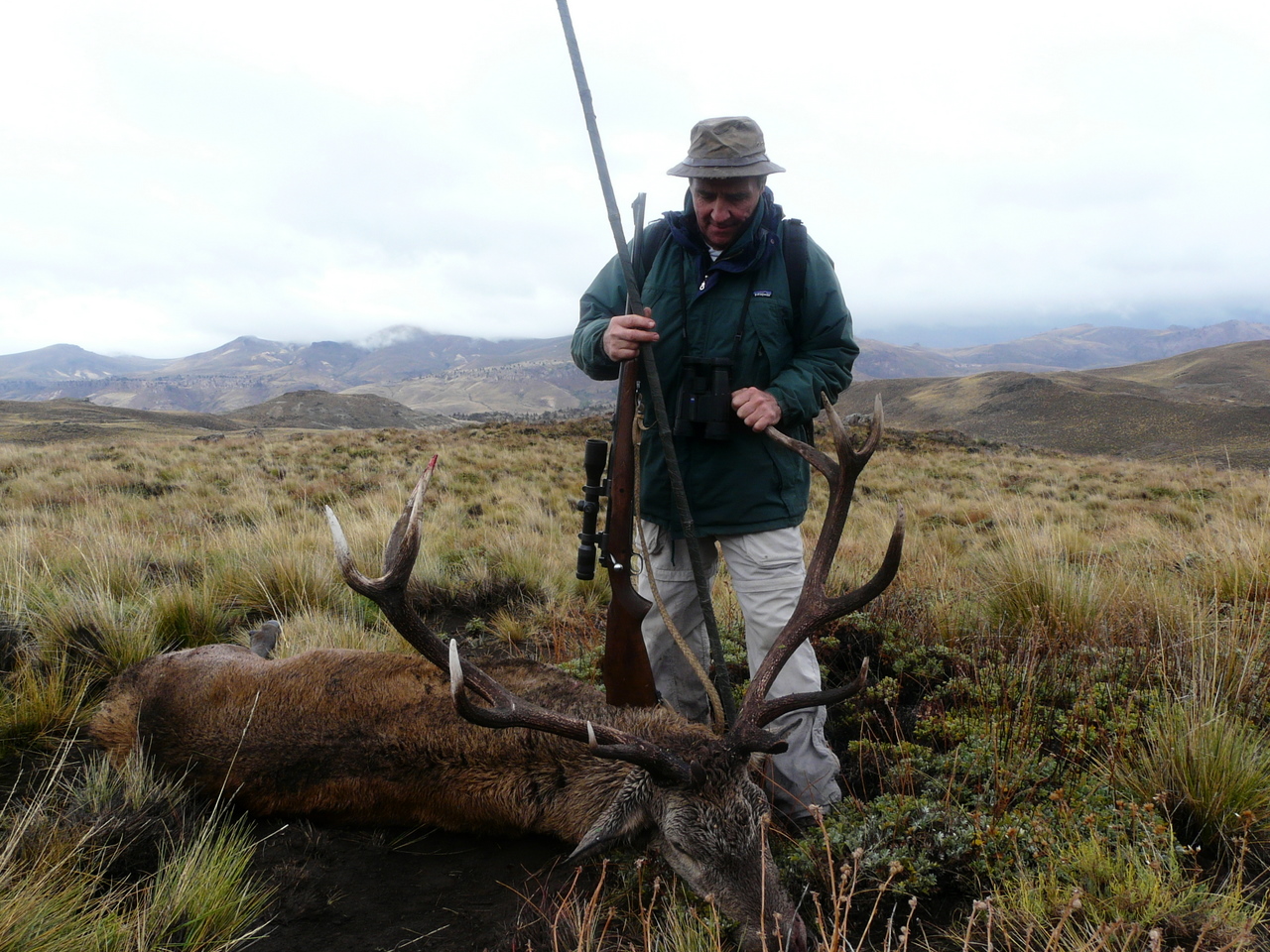 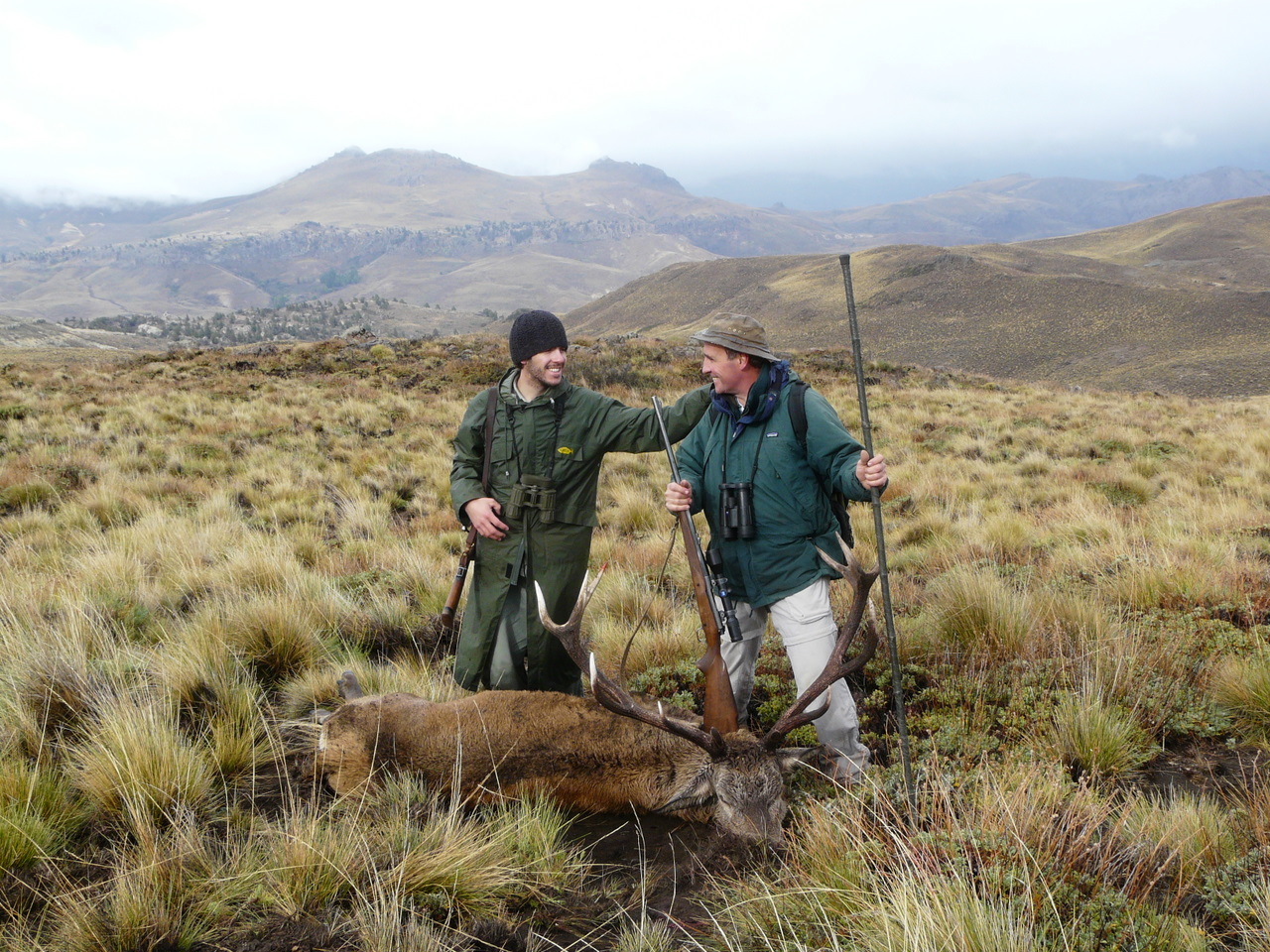 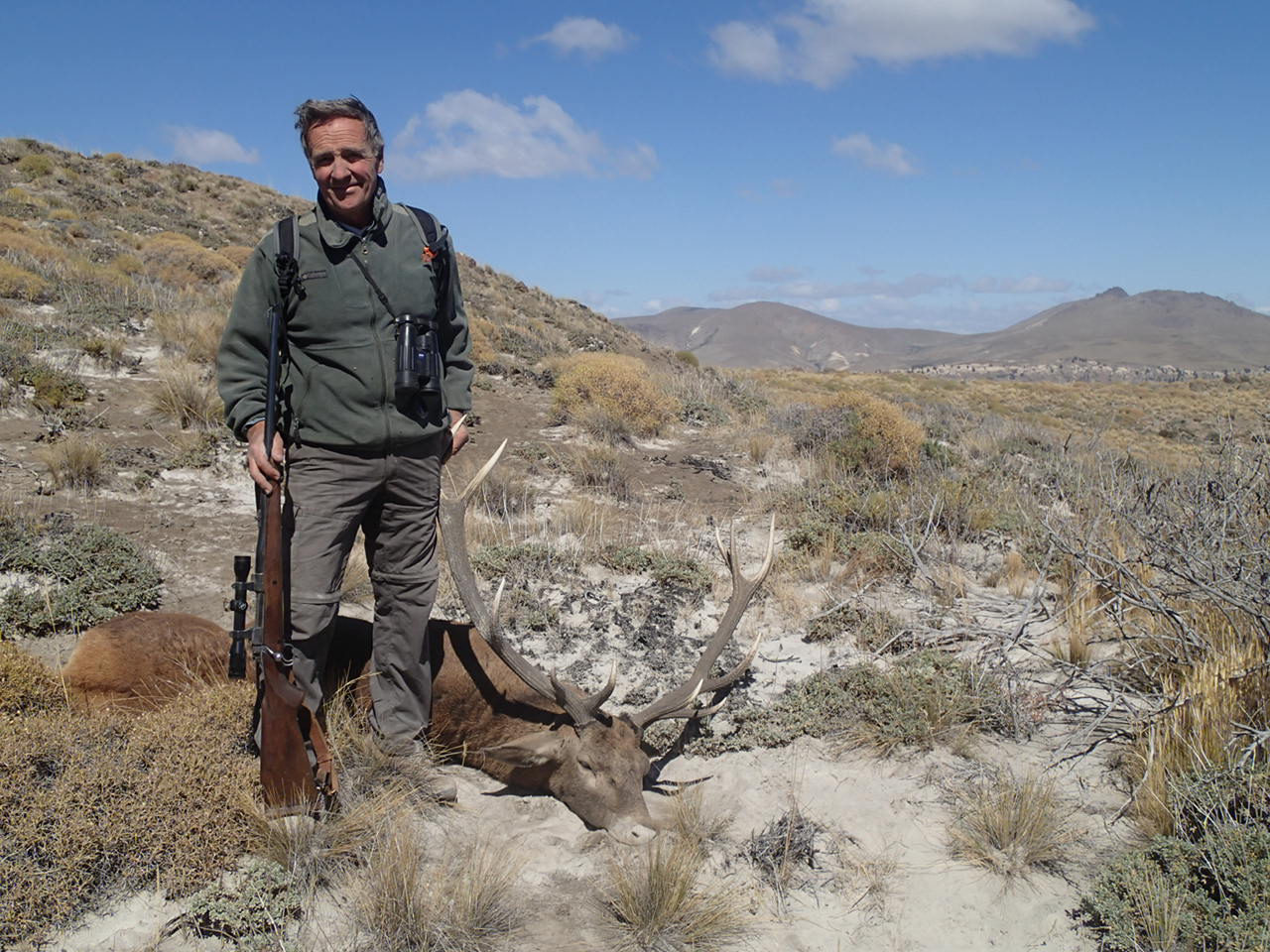 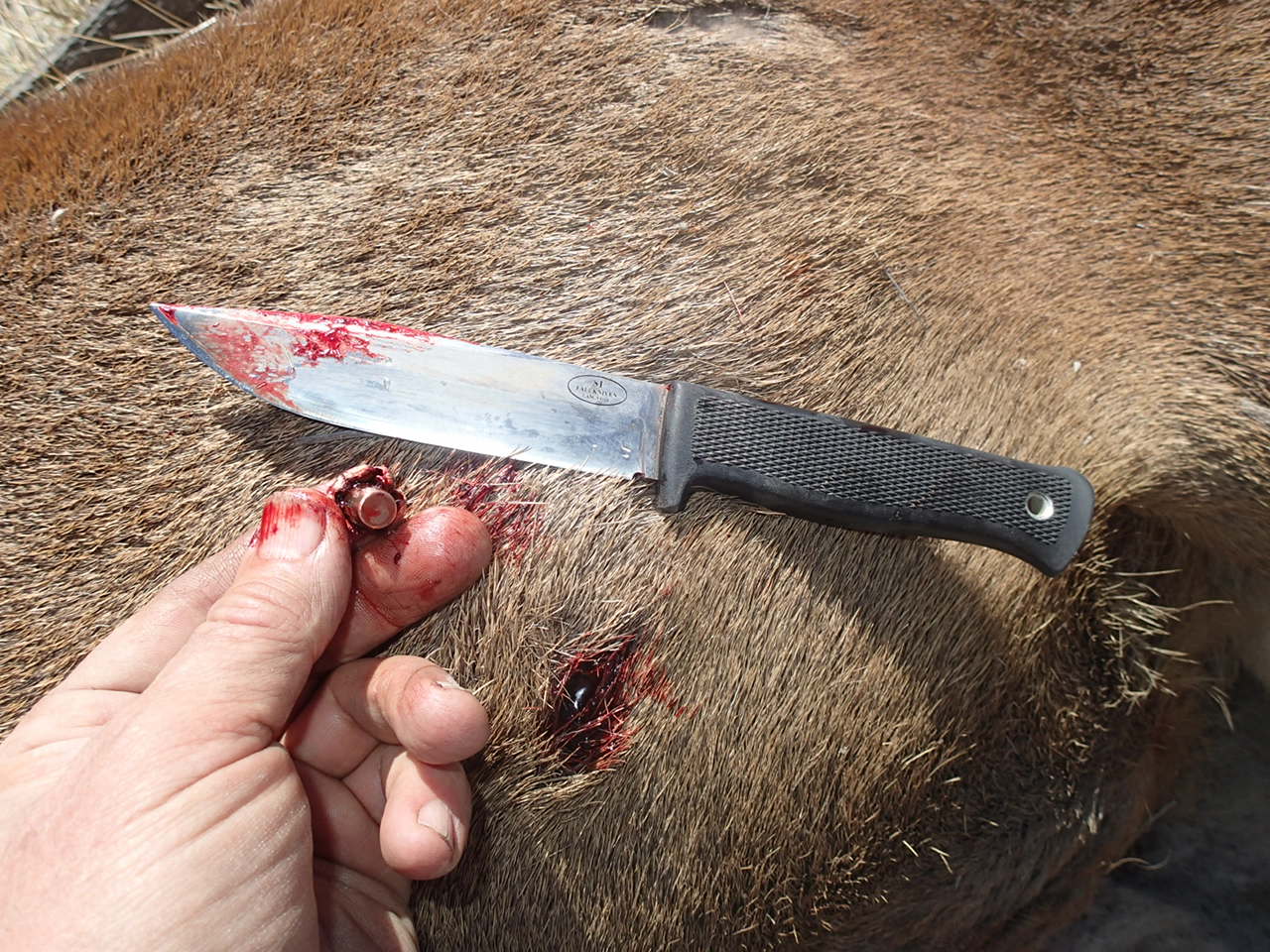 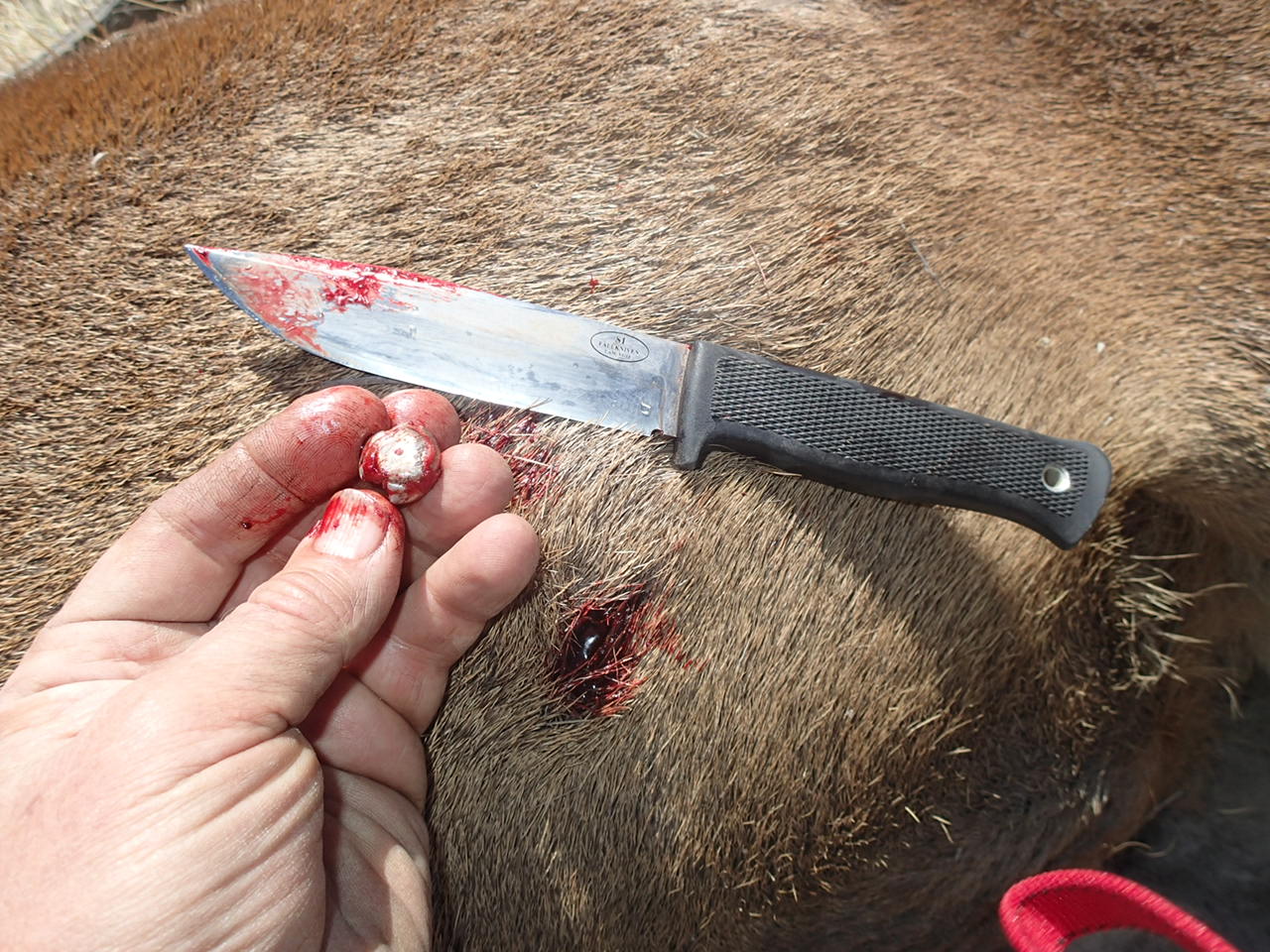 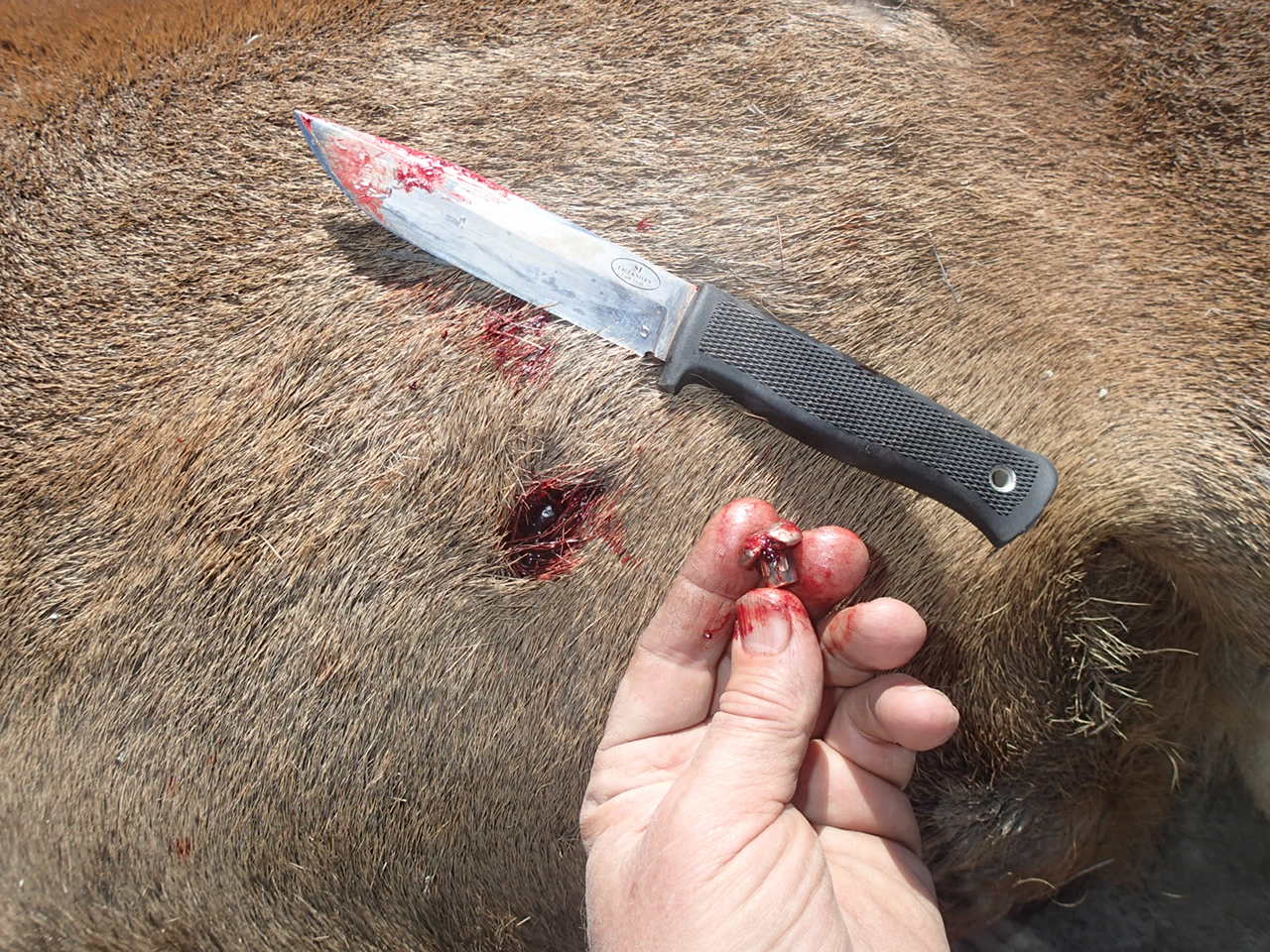 I brought the .375. My dad, hunting buddy and I got to shoot it at the range for the sight in near Bozeman. We arrived in Idaho yesterday and this morning was our first day out. I brought my 7RM this morning since it was easy and I am fighting some type of stomach flu (shakes, slept in my hunting thermal under layers last night.) We planned to have an easy day...

After creating a few rises, curiosity set in and the knife points in my stomach got a bit better. So we continued. Near 10:30 it was decided to check one more area, then head back for lunch.

To my surprise, the elk herd was spotted below us on the next hill. The we’re feeding away. We had the wind, but no better place to get closer, so we belly crawled a mere 30 yards and set up on the bipods. I ranged the shot at 372 yards. I did the countdown for both of us to shoot simultaneously.

My first mistake was to shoot at the same time. I have not practiced that enough and the few times I have done it The concussion of the rifle next to me causes a flinch. At the shot, Robert said, “she’s down!” I watched the elk I was aiming at: no reaction. Not wanting to shoot another, I waited and watched. Nothing. No sign of injury as the herd moved off uphill, still unaware of where the shots came from. I had completely missed.

After they went out of sight, I grabbed my ammo pouch and rifle and began running. This part I do like. Elk hunting has always been similar to marathoning, another sport I enjoy.

When i crested the next hill I saw a few nice bull elk, but no cows. The bulls were 600+ yards away and didn’t indicate they saw me. I advanced another 100 yards and got a better look down into the draw i thought the cows had gone. A lone spike bill was at the bottom. I ranged him at 280 yards. I suspected the cows would follow so I got down on my gun again. Within seconds the rest of the herd arrived. I watched all of the animals as they moved uphill, stopped, moved, and stopped. Clearly no sign of an injured cow.

The waiting and watching was costing me distance. 280 yards turned into 300, then 350, then 400. With mostly low sage brush and no trees, I could see the hillside and below me. Certain that I had not previously connected, I waited for a good presentation and sent a 180 grain bullet 472 yards. The time waiting and watching helped me to be calm and shoot straight. I heard the bullet impact and watched the cow buck, then try move uphill only to turn downhill at a run. She piled up after a few strides.

I would not have taken that shot with my .375. But I have not practiced with it at long ranges like I have with my 7RM. The .375 will hang out in Bozeman until November when we go to BC to hunt moose. I will get to carry it for less open country elk hunting in Montana November as well.

10 hours later we made it back to the house! It was a massive effort to drag two elk out of steep country to a road.

With meat in the freezer, the pressure is off! It was an uncommon blessing to get two elk the first morning out.

@Tra3 That is one hell of a way to sweat out a cold.
Well done.
“They that can give up essential liberty to obtain a little temporary safety deserve neither liberty nor safety.” Benjamin Franklin 1759
F

Congrats on the Elk...hope you are feeling better!!

Good hunt, Tra3!!
You must log in or register to reply here.