Well, here goes. Just a quick report on my first hunt in Africa.

I decided that I was not getting enough hunting opportunity "at home" in Saskatchewan due to not getting drawn for any species this year. It's that circumstance that inspired me to finally consider an African hunt, something that I used to read and dream about as a young teenager.

After quite a bit of consideration I decided that a Cape Buffalo hunt in Zimbabwe in 2019 would be "the ticket".
As I gathered information on potential outfitters thoughts of hunting just one animal and hunting it almost a year from now had me questioning my decision.
Well, long story short, I decided that if I liked Africa (and short of getting a fatal disease I was sure that I would) I would want to return. Hunting Cape Buffalo before hunting plains game seemed a bit like putting the cart before the horse so the plan was changed.
A plains game hunt sooner (if possible) rather than later looked very good.
As I looked, Namibia emerged as appearing exceptionally good for a free range plains game hunt.
I chose Kowas Safaris because it is a family owned and operated outfitter that looked like they provided personalized service. Kowas has far more than plenty of huntable land and the trophy potential looked exceptional.
After an introduction via email, Kowas informed me that they could still take me on a hunt in October of this year.
There are just far, far too many details about each of the hunts that I was on to wright about them here.
Suffices to say that Kowas didn't disappoint.
I'll let the pictures do most of the talking. 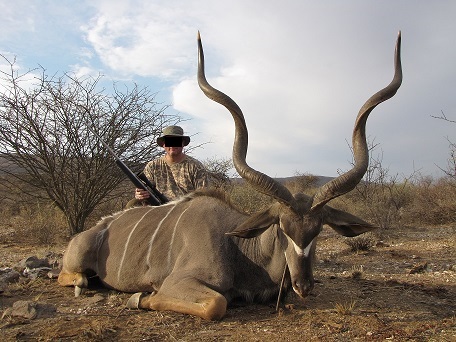 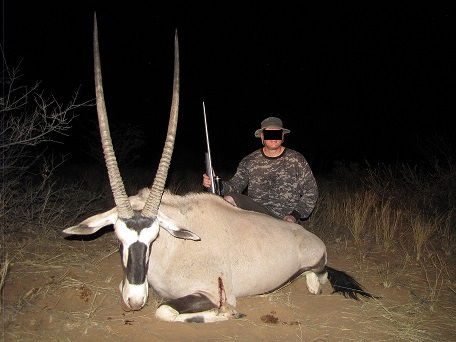 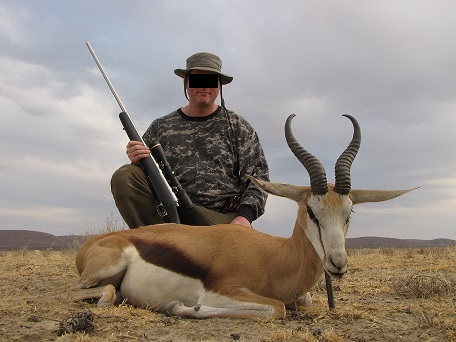 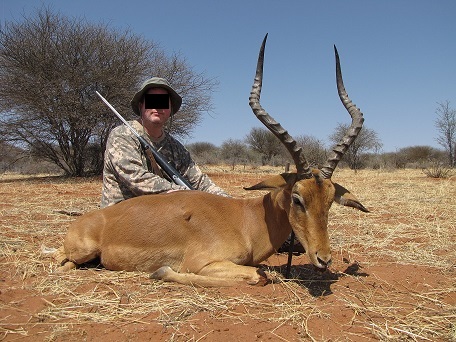 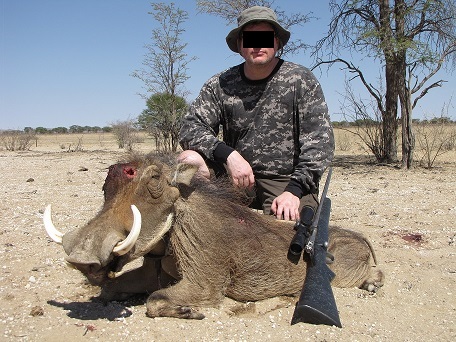 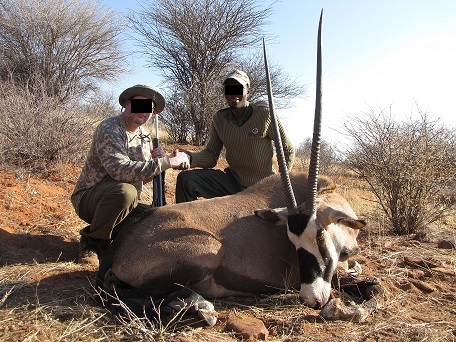 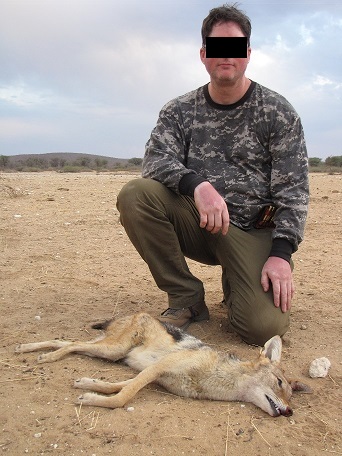 My heartfelt thanks to Danie, Ansie, Jacques, Elleni, Begs, Christian, Julia, Matheus and the other Kowas staff for their exceptional efforts as they made this trip very special in every way. I do hope to return sometime in the future.

Congrats and thanks for sharing!! Some nice trophies there!
John 3:16

Great first African hunt and trophies. (must have been difficult shooting with that blindfold on ).

Congrats on your success and Buffalo hunt preparation.

Nice trophies. Would encourage you to take a little time to write up the stories on your animals. Several good reasons. You can direct friends to read about your hunt. Good advertising for Kowas as well. Lets us know how they handle a hunt such as yours. Helps you remember details in the future that may fade away with time..... Congrats
Bruce

A fine first Africa trip for sure! Oh I am so envious of that jackal! My nemesis!
Congratulations and best of luck on your buffalo hunt and your new Africa addiction!
Africa on my mind.

Congrats, nice critters. When you headed back...

A jackal at about a hundred yards was my only miss in africa! it was off handed and the jackal was moving,no exuses.lol
glad you had a great trip like the others I would encourage a detailed report! keeps the rest of us sane!

cls said:
Congrats, nice critters. When you headed back...
Click to expand...

Hopefully when my kids become less expensive then they are now.??

I'm so glad to hear that my friends at Kowas took wonderful care of you and left you with great memories of your first African hunting experience. I also had my first African safari with Kowas. Among other great trophies, the zebra in my profile picture was taken on that first Kowas safari. I've been lucky enough to go back to Kowas a second time and will soon be planning my third hunt with the Strauss family at Kowas. I can't say enough good things about their very friendly and professionally run family operation. They provide a really great African hunting experience. What they say is true, "Arrive as a guest and leave as a friend." Glad you loved it. Steve M

Welcome to the Kowas Family!!! Did you get treated to Rugby tackling drills? Your story brings a smile to the end of the work day.

Thankfully no rugby-tackling drills for me. My body and temperament are better suited to sitting by the fire, eating fresh game meat, drinking red wine and recounting wild adventures and tall tales in equal measure!!

Steve M said:
Thankfully no rugby-tackling drills for me. My body and temperament are better suited to sitting by the fire, eating fresh game meat, drinking red wine and recounting wild adventures and tall tales in equal measure!!
Click to expand...

Steve M said:
Thankfully no rugby-tackling drills for me. My body and temperament are better suited to sitting by the fire, eating fresh game meat, drinking red wine and recounting wild adventures and tall tales in equal measure!!
Click to expand...

Iwannahunt said:
Hopefully when my kids become less expensive then they are now.??
Click to expand...

I hate to mention this, but my kids had kids that cost me as well as now their kids cost me...yep that’s 2 great grandkids! I don’t think I’ll make it to the next ones.
Africa on my mind.

Congrats on your hunt from a fellow Sask boy! Namibia was where I had my first safari. Love your Kudu!
"I don't need to shoot farther...I need to hunt closer." - G. Sitton

Ragman said:
Congrats on your hunt from a fellow Sask boy! Namibia was where I had my first safari. Love your Kudu!
Click to expand...

Thanks, I saw that nice picture of your Warthog and little buddy.

Ridgewalker said:
I hate to mention this, but my kids had kids that cost me as well as now their kids cost me...yep that’s 2 great grandkids! I don’t think I’ll make it to the next ones.
Click to expand...

I was under the impression that they would start paying my expenses once they got their careers going.

LOVE Namibia. Congrats on some fine trophies.
Tommorow is promised to no one. Go live your dreams.
You must log in or register to reply here.