Guided or selfguided? Cow/bull or either fine?
Lots and lots of choices out there like you said, I'm assuming your looking for next fall?
Shoot me a PM and I will offer up my suggestions.
Nathan T.

In Colorado there is an 18% success the last I read. This usually increases a substantial amount on private land guided hunts. Those can run from $5,000 to what ever your wallet will let go of.
Youth hunts as I understand now can start in an either sex 1st season hunt (5 days). If unsuccessful, you take your license to a DOW office and exchange it for a bull tag that supposedly is good for all the rest of the seasons. Or you can start in the second season as well instead of the first.
This year in northern Colorado the elk never came down out of the high country until after the 4th season. So we were unsuccessful for 4 seasons. A did talk to a lady who arrows a fine 6x6 in late September on private land. Also some young South Dakota guys walked up high and manage to get 50% of their elk (mix of cows and bulls).

All in all 2019 wasn’t a very good Colorado elk year according to a warden we talked to.

Its a matter of percentages. The more you scout and hunt an area, the better your chances. You have to understand that the earlier seasons the elk are mostly very high. They usually need at least a foot to 18” to even start moving down.

I have been very lucky by taking 17 elk (mostly meat cows) in close to 40 years hunting them. Still, I worked scouting and walking lots to find them. That’s the easy part. Once you take one, the hard part starts. I’ve hauled my share out on my back including my 3 loads of the five three seasons ago when I was only 70. Even though I work out, it’s a killer task!

I’m glad to answer any private questions you might have about Colorado, or elk hunting in general. Just PM me.

Best of luck in what ever you decide! Everyone should try it at least once!
Africa on my mind.

I figured a guided hunt would run 5k each plus tags

Would not want a fenced hunt

As far as lodging I’m not fussy,I’ve had great times in modest places and lousy times in fancy places

I have elk/deer hunted with Rising Son Outfitters in Montana for about 20 years, hunting every other year or so. I've done both archery and rifle hunts and also did a spring black bear hunt. I had multiple shot opportunities on every hunt and took game in 8 out of 10 hunts. Most of these hunt were with Randy Petrich, but my last hunt was with one of his sons, Zane. They only take 4 hunters a week and have very high success rates.

This is a link to the hunt report from 2017 that I did, taking a son-in-law on his first elk hunt.
https://www.africahunting.com/threa...on-outfitters-in-montana-november-2017.40896/

I will again be hunting with Rising Son Outfitters in 2020, taking my other son-in-law on his first elk hunt. We'll be doing a rifle hunt in late October. 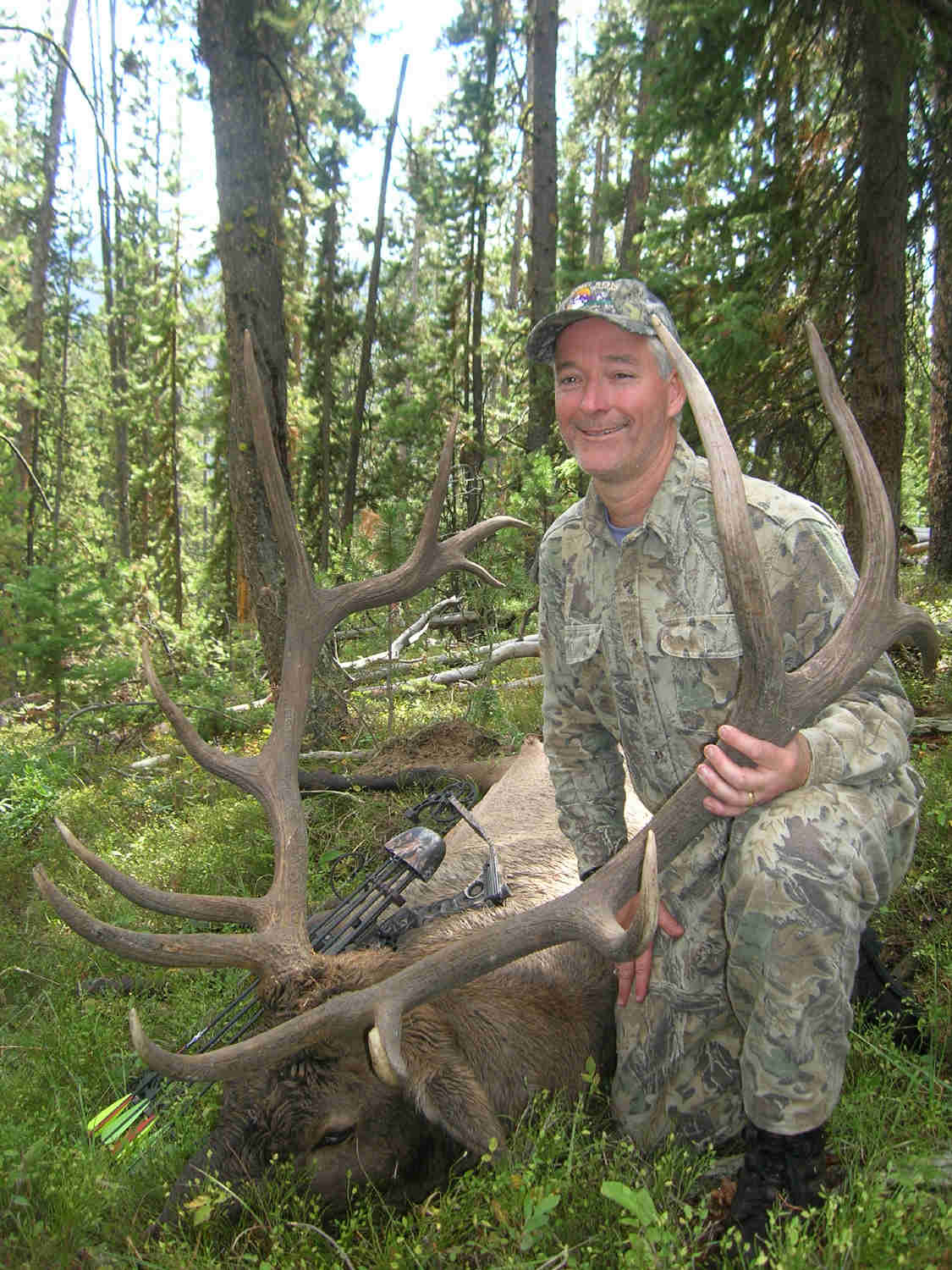 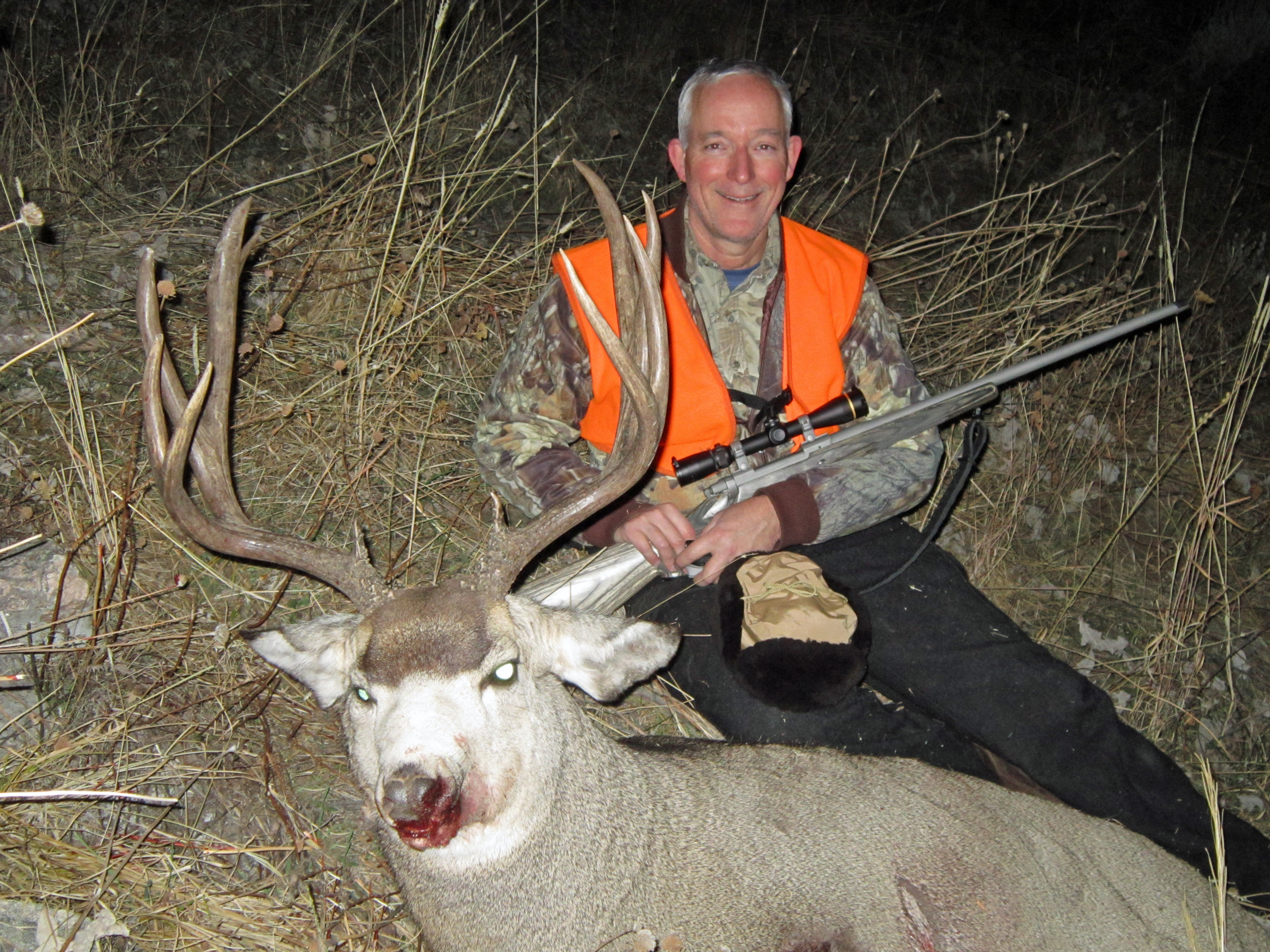 Try calling Keith Atcheson. He helped me with a Namibia hunt. We’ve been discussing a guided elk hunt. he really knows his stuff.
I’ve DIY elk hunted in Montana and Idaho many years with good success. But it helps to live there or have family that lives there!
A guided hunt will take your chances into a reasonable percentage. It is pretty tough to be a young teen and hunt for a week and not even see an elk.

All of my Elk hunts have been self guided. All archery until my boys got old enough and wanted to go then we did black powder. Colorado blackpowder week is what I consider top rut time to hunt. Bulls are bugling and itching to fight. I hunted CO for 23 years, you might not get a large bull but many 5 and 6 pointers roam the mountains. There is no better hunt than elk in peak rut.
Ed

I lived in New Mexico for 7 years. I have hunted multiple times with Iron sight outfitting, Mark Haynes owns it. He is great with kids and is on this forum some. New Mexico has an outfitter pool in the draw that increases your odds greatly.
R

SHOEDOG said:
I am looking for an Elk hunt for my 12 year old son and myself
I am not set on any state in particular but would like a hunt with decent odds
I would be open to a youth hunt with me as an observer
I know there are many variables and different types of hunts so I would appreciate any advice anyone would care to offer
Thanks
Shoedog
Click to expand...

Contact Sy Gilliland with SNS outfitters in Casper Wyoming. They offer a hunt near Ten Sleep that would be ideal for you and your son. You drive to camp on a huge private ranch then hunt off horseback.

The ranch is crawling with elk and is as close to 100% as you can get on wild elk fair chase hunt. I took my daughter there for her first mule deer and elk hunt and could not have been more pleased. I would have no reservations taking a young hunter with these people.

SHOEDOG said:
Would not want a fenced hunt
Click to expand...

Virtually no high fence ranches to speak of in Colorado.
Unfortunately lots of public land access is blocked by private land owners.
Still, there are millions of acres to hunt.

I had some friends from Pennsylvania that got so mad at how the land owners blocked the wilderness area they wanted to hunt that they hired a helicopter to drop them off on Forest Service land just passed the private. The 5 of them came out with 5 nice bulls in a week of hunting. Pretty creative I thought.
Africa on my mind.

Dave, what kind of bow did you take your Elk with? I had to give up my Mathews 4 years ago at age 72. From then on it has been Excalibur cross bows only.

Mathews Switchback XT. G5 Montec broadheads and Carbon Express arrows. I did that archery hunt in Sept 2007 and also took a whitetail. Not bad for my very first archery hunt. Earlier in 2007, I did my first hunt in Africa with a PG hunt in Namibia. Quite a year!

Check out Utah’s cwmu program which allows private land owners to sell tags if they allow the state to offer tags in the draw system. You could buy bull or cow tags direct from the landowner and many offer guide service. I can comfortably recommend Deseret unit and two bear unit as I’ve hunted on both. I attached my buddies bull from two bear this pst year 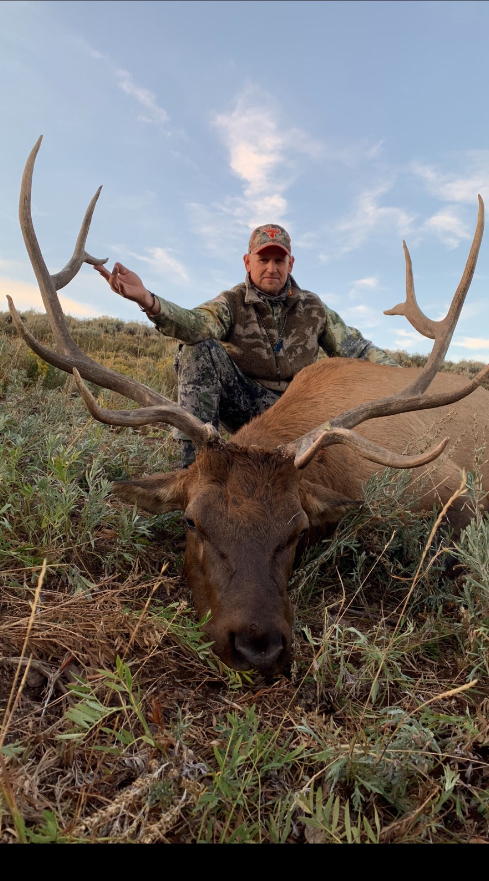 Thanks for all the replies.I have contacted some of the outfitters mentioned and are weighting our options.
Thanks for taking the time to reply.
Shoedog

Ridgewalker said:
Virtually no high fence ranches to speak of in Colorado.
Unfortunately lots of public land access is blocked by private land owners.
Still, there are millions of acres to hunt.

I had some friends from Pennsylvania that got so mad at how the land owners blocked the wilderness area they wanted to hunt that they hired a helicopter to drop them off on Forest Service land just passed the private. The 5 of them came out with 5 nice bulls in a week of hunting. Pretty creative I thought.
Click to expand...

I was thinking the same thing. Helicopter; problem solved.

Check the state regs, use of choppers for hunting access is not legal in all states.

While you can use the helicopter to access areas in a number of states you can not hunt the day of or the day after you get done flying, Utah and Colorado are two of them.

This could put a big crimp in hunting plans.
If you don't care where you are, you are not lost.

I see a lot of cow elk hunts advertised in Utah and Wyoming, I believe they are when the winter migration hits but they are fairly reasonably priced and should be a fun hunt.
You must log in or register to reply here.

Looking for an Elk hunt

Looking for 2018 Elk Archer Hunt in Colorado, guided or Semi-Guided