Not that I'll ever vote for the Democratic Socialist Party, I'm surprised that Joe Biden is the best they can do? If this doesn't show the party's corruption, manipulation and control by the few, I don't know what does.
M

The guy is as dumb as a bucket of hammers

Hogpatrol said:
Having watched him over the course of the last few months, it's doubtful he has enough working brain cells to engage anyone in a coherent conversation. He has literally been chosen as the sacrificial lamb for the next election.
Click to expand...

This is sad, and I don't believe he is fit to lead this great nation. I do not mean it in a disrespectful way. My parents taught me to respect the elders. But this is terrible, how can the Democratic Party believe he can president is beyond me.

I'm pretty sure they have discussed and are discussing the possibilities of the 25th Amendment behind "Lunchbucket's" back.

Major Khan said:
Joe Biden is a demented , retarded Bastard ... A clown who has an unsavory fondness for touching little children. The fact that he is planning on running as a Democratic Presidential Candidate is a disgrace , in and of itself . I would very strongly question the sanity of a “ man “ whose solution to contending with a home invader is to “ Fire off a shot gun twice in to the air “ .
Click to expand...

Major Khan
Couldn't have said it better my self.
The only thing trump has going for him is that he is sort of pro gun. Apart from that he to is a dickhead 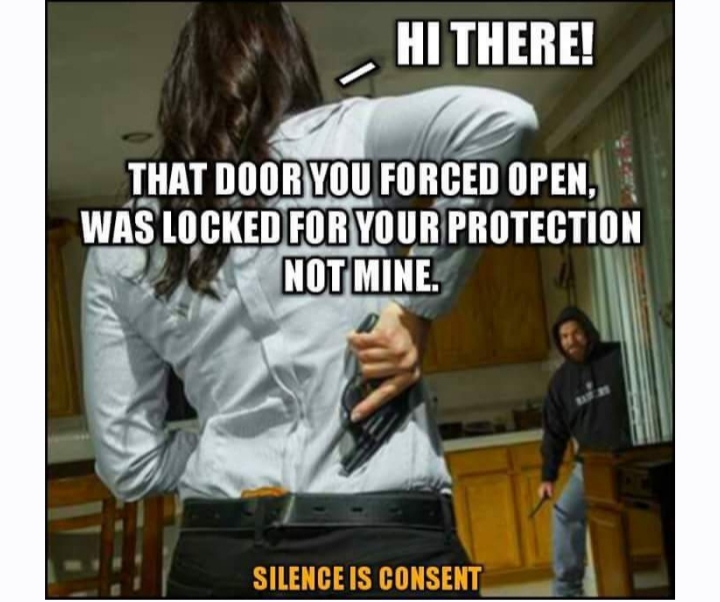 Question I have - Is this something Biden can impose w/o the votes of 60 Senators?
Yes, Biden is an idiot. But if this economy goes south because of the pandemic, there is a very real chance that he will get elected.

I would still go to Africa to hunt, and a short-term plus side is the prices would likely come down. Longer term, I fear this would be very bad for wildlife numbers.
Last edited: Mar 25, 2020

Well yes he could through executive order. It would go to the Supreme court and he would probably lose but it would drag out for years. Meanwhile it would put a lot of hunters in limbo.

Philip Glass said:
If you notice his eyes, it appears he has dementia or something similar. He has those geriatric eyes he didn’t have a while back. Not trying to be funny but serious about this. He really has some serious mental difficulties.
Philip
Click to expand...

Agree 100%. I dispise Trump, but Biden is way past his best before date. What a mess...

enysse said:
I’m sure at some point a ban will be put in place, by who, I have no idea but it will happen in my lifetime sadly.
Click to expand...

As I've said before, we as a fraternity need to coalesce into a united body with a voice to explode the BS propaganda pushed by all the SJWs, vegans, anti-hunters, bambi-huggers and the ignorant they persuade to their cause.

They know they can't fight us on prudent game management as based on biological need, so now they successfully target those businesses we use to facilitate our sport. But I'm afraid if we lose our sport we only have ourselves to blame - based purely on our lack of vigilance and apathetic attitude of "I'll be ok, the other guy will work on it!"

At the 2019 Western Outdoor Expo in Salt Lake City......it was announced that the percentage of the US population that actively hunts had fallen below 5% for the first time. That puts us in a precarious position politically. Be vigilant. Be sure you know your candidate's stance on this issue.....so important to us....FWB

flatwater bill said:
Multiple stops on the campaign trail give candidates ample opportunity to explain their positions and state their plans for the future. I consider it more than just entertainment. It is the way most Americans evaluate the candidates. When I watch Creepy Joe fondling a teenager, or stating he will ban overseas trophy hunting, I listen. I consider that when voting. Anyone can forget their location: but to forget that you're running for President? That is serious. ...Watch the Tucker Tape.....afterward, it you feel that this man is mentally intact, then dig into his record......that will tell you what he used to be like. I want real time data..........FWB
Click to expand...

Flatwater you are certainly correct. It is pretty easy these days knowing which candidate will "not support" hunting because we are unfortunately so very polarized. It has been a long time since I have seen a conservative democrat.

PARA45 said:
Not that I'll ever vote for the Democratic Socialist Party, I'm surprised that Joe Biden is the best they can do? If this doesn't show the party's corruption, manipulation and control by the few, I don't know what does.
Click to expand...

I agree. I generally have a low opinion of all of them, both donkeys and elephants. Still, Biden could have have made himself a real contender if he had just shut up about gun control. The dems destroyed themselves when they let Bloomburg dictate the agenda in the debates. All the democratic candidates were tripping over each other claiming they were strongest on gun control, promising to get it done when elected. The fools fail to realize that a third of democrats are gun owners. That type of extreme position may have finished off a great party realignment. Many very liberal democrats also understand the constitution and will not tolerate an open national campaign attacking the 2nd amendment. They may hate doing it because of their other policy preferences but they will either not vote or vote republican. After this there will be no moderating influence within the democratic party.

Trump is the best president this country has had since Ronaldus Magnus. I personally don't give a flying you know what about his foibles, and even less about those who despise him for those foibles. WHO CARES? Look what he has accomplished in 3 years bringing this country back from the Obama led doldrums. Imagine what he might have accomplished if those on the LEFT and all the never Trumpers of both parties, and the media at large had not spent that whole time trying to illegally evict him from office via various fake news stories. Russian collusion!! What an absurd idea!
Worst thing I have ever seen happen in this country in my 66 years on this planet. Absolutely despicable!
Were it not for the very untimely arrival of this hideous Chinese virus, we would be over 30000 on the DOW and continued record employment and headed for complete recovery from the mess of his predecessors. Because of this stupid virus that recovery will be put off for a time, I hope not too much time. It will be hard to recover fully, but it will happen.
Put some libtard in office and all bets are off.
Biden is not going to get the nomination for the demtard party, yes demtard. The Demtard party will make a show of supporting him, right up until the convention. He will then be told to stand aside for the party and someone else will be slid in to take over, Cuomo maybe? They seem to be grooming that idiot for the job, and he is an idiot, just like his little brother FREDO on CNN or MSNBC or wherever it is he spews his nonsense from.
Neither Biden or Bernie will be the nominee.. Nor Hillary, all are washed up has been's. The absolute best thing could happen is 4 more years of Trump.
For those from other countries who don't like our president, that's fine, you don't have to like him. You may think he is an idiot or whatever. Fine but he is our idiot. Rant over.

Amen to that. The demtards have shot their wad and don't have a chance in hell of winning the election, no matter which freak they run. With all the absolute assininity they have spent the last four years doing, they will be lucky to maintain any seats in either house. Yes, our president has stepped on some toes both at home and abroad, all of which needed a good stomping. It got the attention of many and got some long overdue changes worldwide. And it will continue for another four years. America will be great again.
H

Always dangerous to comment on a nations political choices from the outside but it’s amazing to me that in the planets most powerful and influential nation the choices will boil down to Biden vs Trump. It just doesn’t compute...

I don't think Biden will be the nominee, could be wrong. Trump will be the best choice no matter who runs against him. Like I said above, best we have had since Reagan. Its about time we had someone who wasn't just interested in going along to get along. Kick ass and take names! Tired of these establishment wimps.
Trump 2020!!

Biden will be the nominee that is unless the super delegates go rogue.

Sanders is all but lost it as far as pledged delegates.

But the super delegates could nominate a person of their choosing but then where is that going to leave them? A nominee that a committee picked outside of what the people that showed up at the primaries voted on? I can see the riots now at the Democrats Convention.
If you don't care where you are, you are not lost.

I think the super delegates will choose someone else. Biden doesn't even know where he is half the time. He is senile.
You must log in or register to reply here.

Import of Trophies into the EU