GAP built Stiller TAC 300. 300 Win mag SAAMI chamber. It weighs 8lbs on my bathroom scale with no scope.
Benchmark #5 fluted barrel with Harrell's brake(27" plus brake), Manner
EH1 stock in midnight camo, Jewell trigger. This rifle shoots less than .5 out to 500 yards which is as far as I have shot it. It will do it with H1000 or Retumbo and Berger
215s. Approximately 330 rounds through it. $2890 shipped in a hard case.
The above is most of the ad that I purchased this rifle from. Some investigation revealed that GAP bedded the action,however; GAP didn't appear to show that they did the other work. Maybe they did and maybe they didn't. In my shooting of this rifle 5/8 inch was the best I could do. I have run less than 60 rds through it. The brake appears to be integral to the barrel. The trigger is set around 20 oz. it comes with a rail on it that has been bedded on the rifle. It's probably a 20 MOA rail. Stock and metal are almost flawless. Looks like it was never hunted with. Not really looking at any trades. Accumulating extra $$ for trophy fees for my trip to Africa later this year. Reason I'm selling is that I've moved in the .30 Nosler.
Bruce 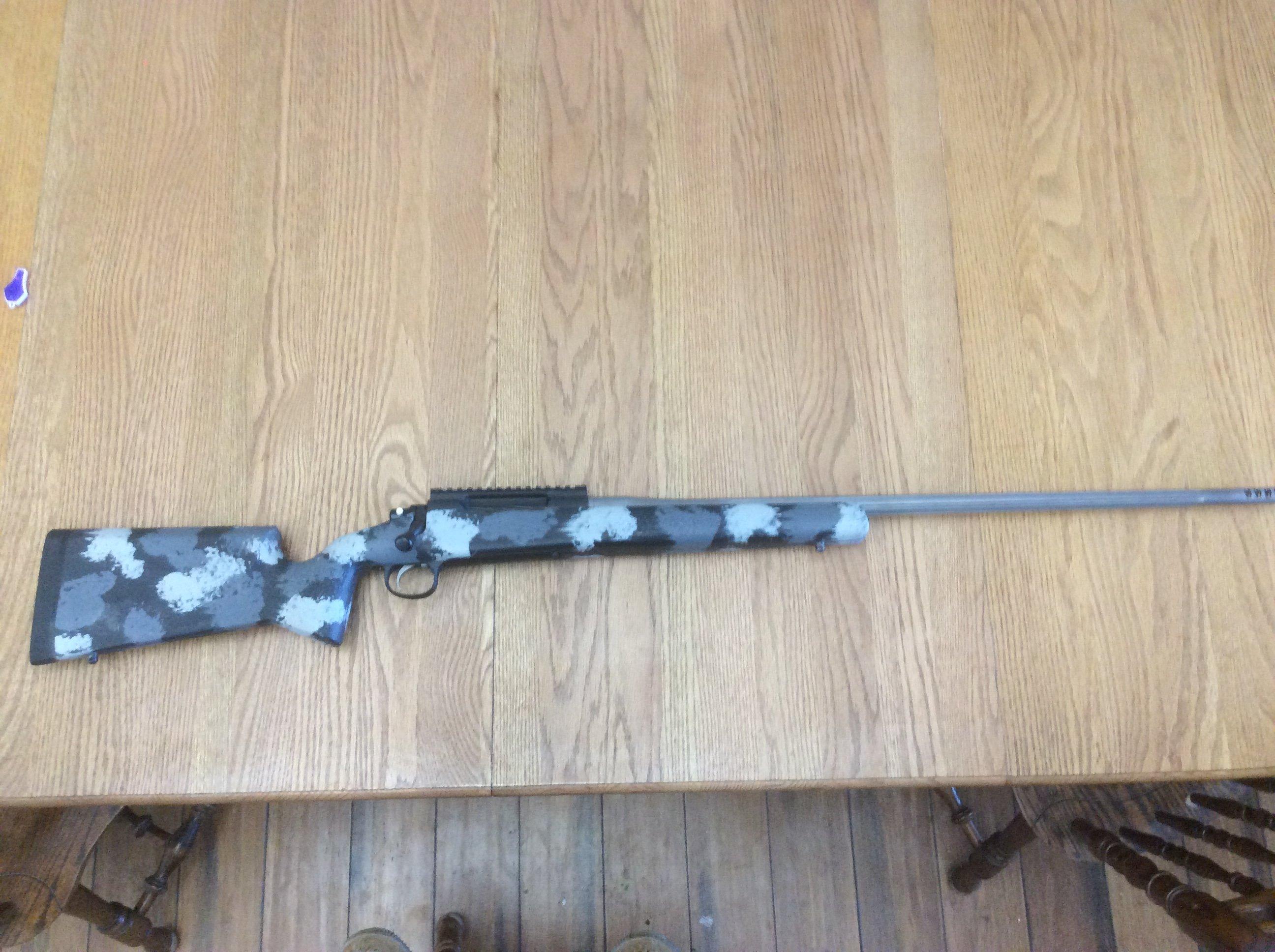 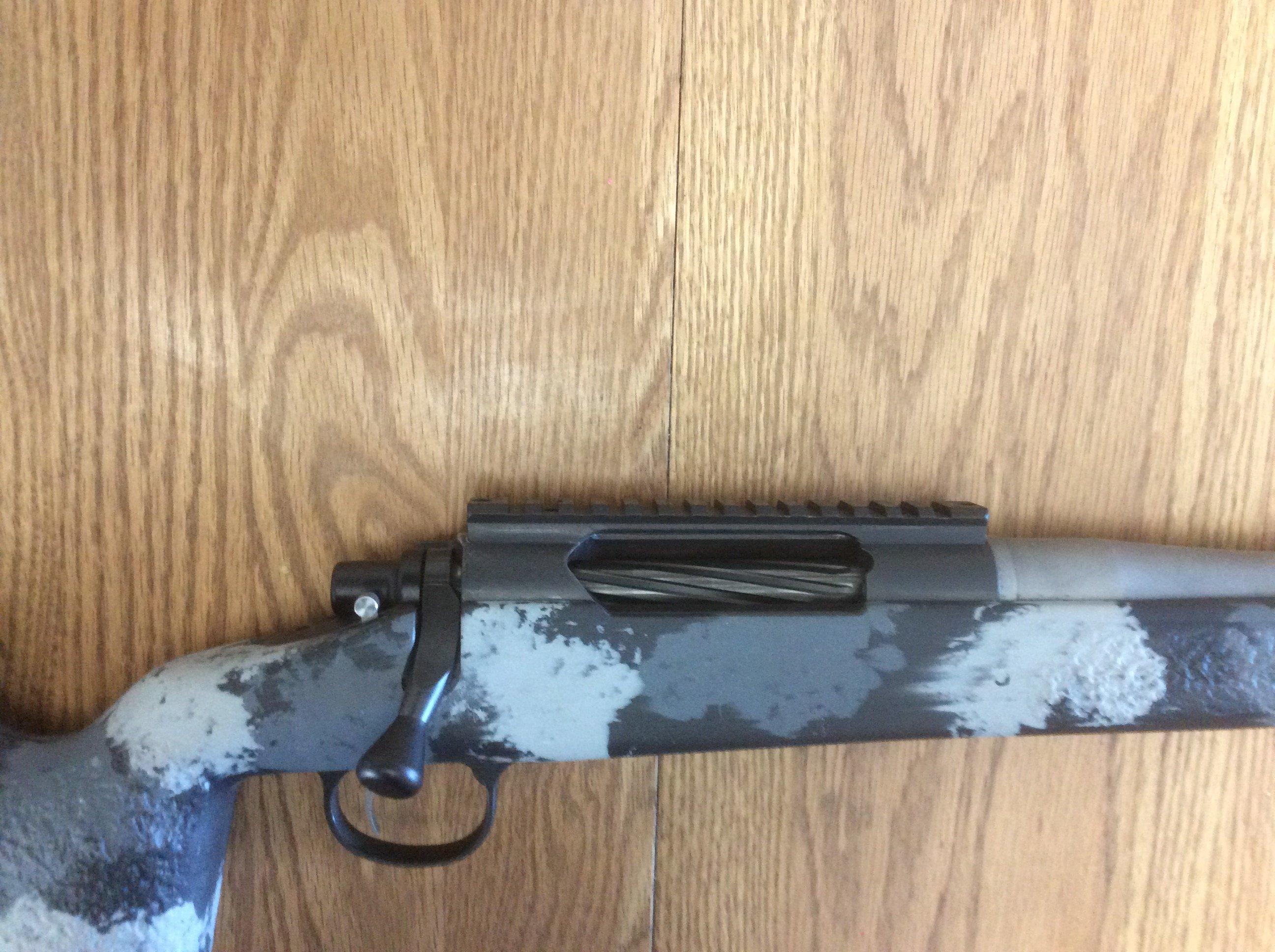 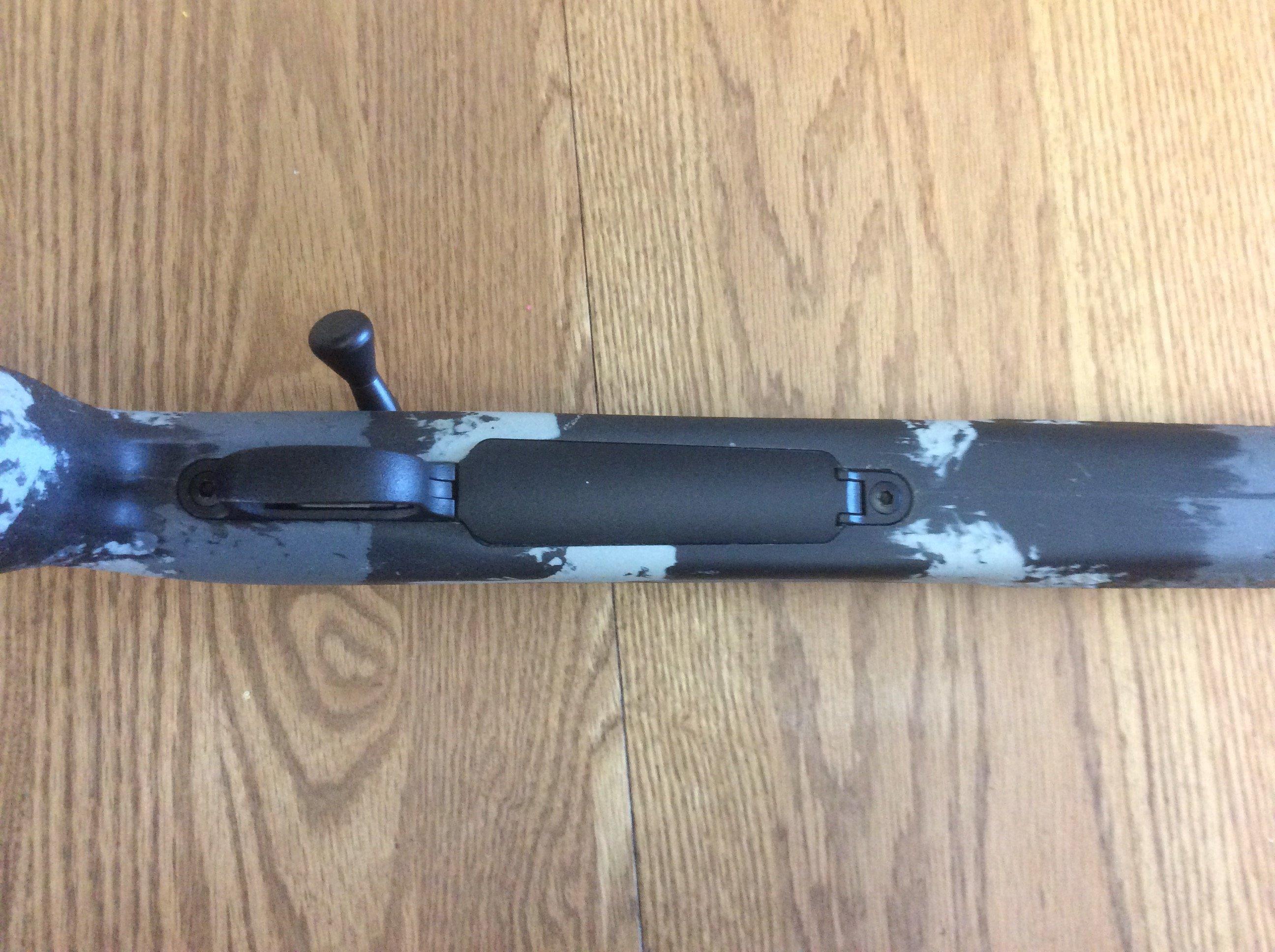 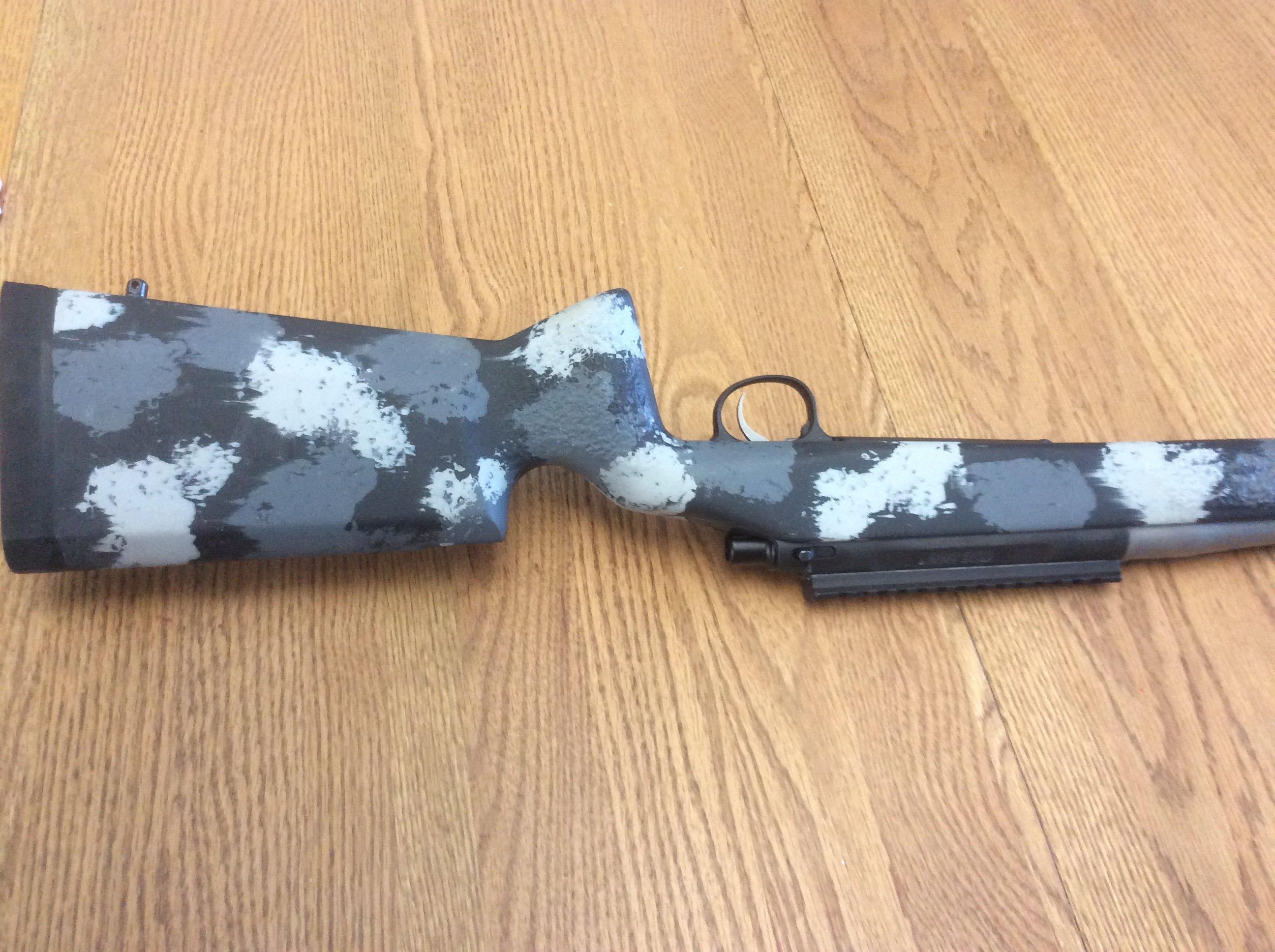 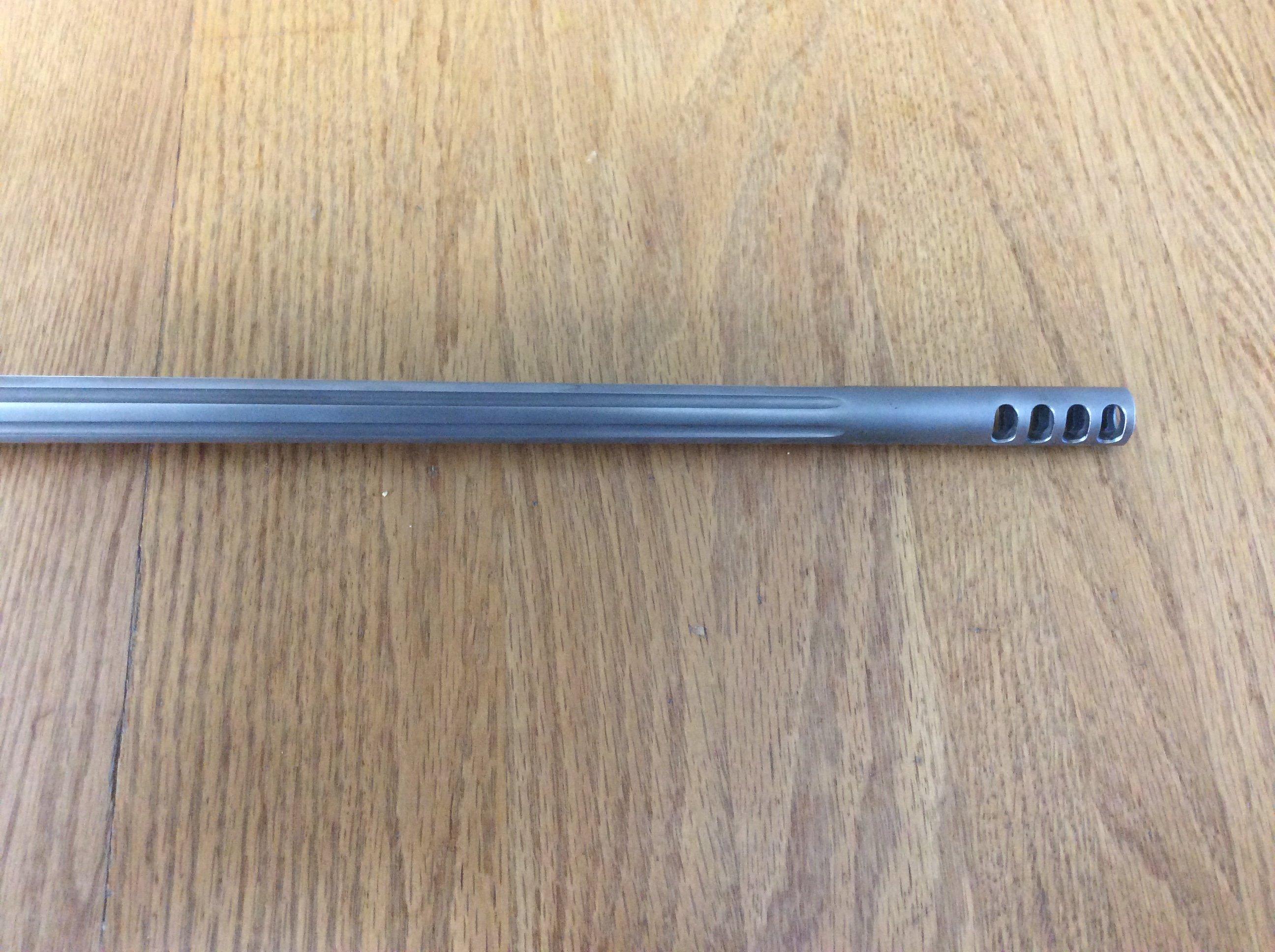 I would bet that brake is blended, GAP does build some very nice rifles. The owner is also a good guy too. Nice stick, GLWS

No visible seam. Be a joy to carry in Africa.
Bruce

Was also asked about exact weight on this rifle. It weighs 8 lbs 2 oz on a postal scale with the rail on.
Bruce