A Wyoming hunting guide was fatally mauled and his client was injured when a pair of grizzly bears attacked them Friday, officials said.

“All available evidence indicates that these two bears were the bears involved in the Terrace Mountain attack,” Wyoming Game and Fish Department spokeswoman Rebekah Fitzgerald said in a statement Sunday.

Uptan and Chubon were attacked by bears as they field dressed the elk they had shot Thursday but were only able to find Friday, officials said. The bears “aggressively charged” the men and didn’t touch the dead elk, Teton County officials said.

The deadly incident came weeks after a federal judge halted Wyoming state officials’ plans to hold a grizzly hunt this month, according to USA Today. The hunt was put on hold until Oct. 1.

“I can only imagine how horrific this was,” Sy Gilliland, a hunting guide and spokesman for grizzly hunters in the area, told the newspaper. “You've got a bear population that's basically un-hunted, is an apex predator, and has no fear of humans.”

Upton was a father of five, authorities said. A GoFundMe page was launched to help his family.

“I have been best friends with Sarah (Uptain’s wife) since the 2nd grade, we have done a lot of life together,” Rauli Perry, a family friend, wrote on the page. “I know I can’t take away the pain, but if we can help support Sarah to be able to focus on the kids and not worry about finances.“ 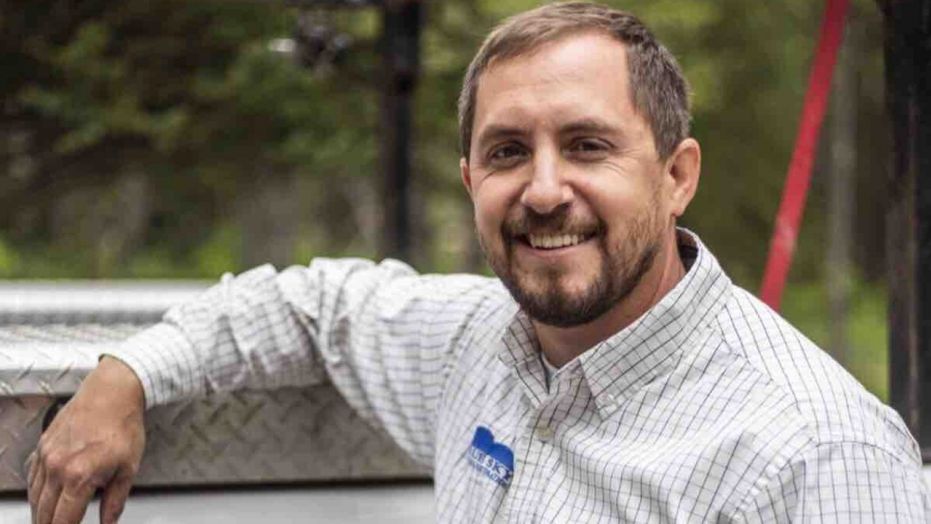 According to Buckrail.com, Chubon was able to retrieve a pistol from his pack just a few yards away, but was unable to safely fire a shot at the bear that was attacking Uptain. The grizzly then charged and drug Chubon to the ground, leaving him with injuries to his leg, chest and arm. Chubon told authorities he was able to throw his gun to Uptain before fleeing the scene to call for help.

A helicopter was dispatched to the scene to assist with the transport of the injured hunters, and Chubon was taken to St. John’s Medical Center for treatment. The body of Uptain was discovered at approximately 1:15 p.m. on Sat., Sept. 15, about a quarter-mile northwest of where he and Chubon were attacked.

Very sad, my thoughts go out to his family and friends

disappointingly the same people opposing the bear hunt because they don't like killing will likely celebrate a thing like this.

Having hunted and killed a grizzly I can only imagine the terror that man went thru. Very very sad. My condolences to the family.
Tommorow is promised to no one. Go live your dreams.

That is terrible. Our condolences and prayers to his family.

There is a reasonable chance that this man would be alive today if the bears were hunted....even hunted a little bit. I hope the Federal judge........one of a group of people who evidently know exactly what is best for all of us......reflects on this sad event.....................FWB

Thoughts and prayers to the family

Truly a terrible thing to have happen..... Grizzly bears are so unpredictable.
Bruce

Sad to hear!
A

Hunted British Columbia for elk 31 years ago. My guide was so scared of Griz....he had second hand experience. He was overly cautious....fine by me...he knew their unpredicable nature.. He grew up around them. His comment was to me...we see one and I tell you to shoot. Shoot for the shoulder..keep shooting. He carried no rifle. His outfitter had been mauled and barely lived thru it..was a article in sports afield...had to be airlifted..wounded Griz was tracked and laid down next to the trail, was snowing and Griz laid there covered in snow until they approached and then all hell broke loose. My condolences to the family

A few should be hunted if for nothing else but to develop a fear of humans. Oh that would make to much since.

The gofundme campaign is doing well. Hope everyone can chip in a few bucks. It all adds up. Can't imagine what the family is going through.
"Every man dies. Not every man really lives". William Wallace
You must log in or register to reply here.

Man mauled to death by a lion

One Of My Scary Grizzly Bear Stories

David Ansell
Does anyone know where to buy a chamber reamer to convert .458 win to .458 Lott? I hear it is very easy to do—?
Saturday at 5:44 PM •••
G
Gerry Addison KKovar Gerry Addison wrote on KKovar's profile.
Do you still have the set of gaiters you talked about on the site? Gerry
Saturday at 7:21 AM •••
I
Ihuntbiggame Krist Atanasoff Ihuntbiggame wrote on Krist Atanasoff's profile.
Hi Krist, I’m interested in your Sako , can you please send me a email with a better description and your asking price . Thank you. From. Mike
Friday at 4:44 PM •••
C
CoElkHunter Mtn_Infantry CoElkHunter wrote on Mtn_Infantry's profile.
Mtn_Infantry,
That's a monster buck you have in your avatar! Very Nice! Anyway, my brother in law and myself are planning to do some fishing while in Port Aransas. I think he/we are planning on taking a boat charter out a couple of days. He's a serious fisherman and I am not. Any suggestions?
Thanks!
Mark Griffin
Thursday at 12:08 AM •••