Why Banning The Mammoth Ivory Trade Would Be A Huge Mistake 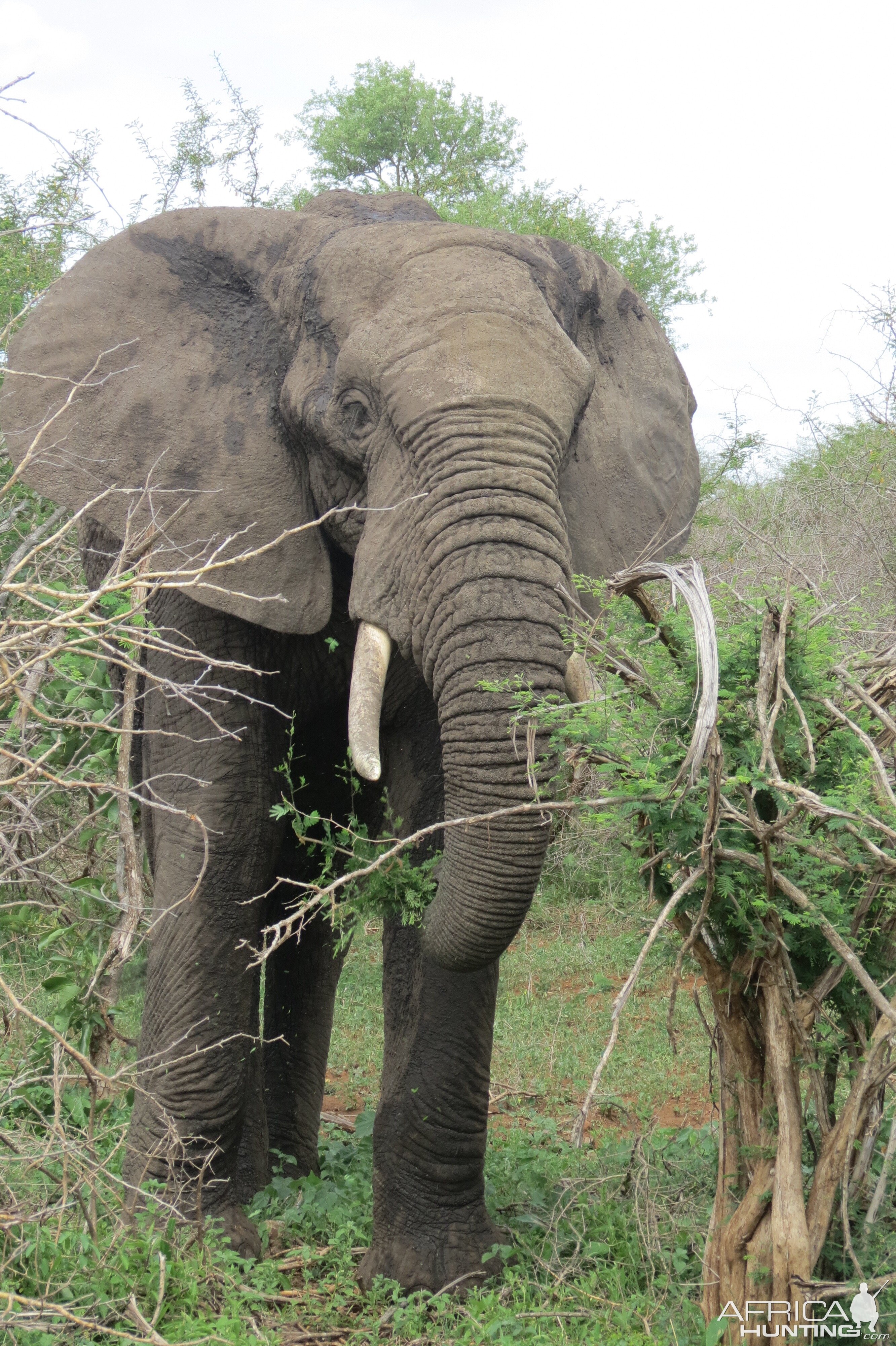 There is widely held belief that the only way we can protect globally endangered species that are being poached for the international wildlife trade is to completely ban the trade. This is a dangerous misconception and will speed up extinction rather than prevent it.

Adrian Lister, a mammoth expert from University College London, recently suggested that mammoths should be listed under the convention on international trade in endangered species to keep their ivory from being laundered into an illegal trade in tusks. He argued that the mammoth trade is encouraging the poaching of elephants by keeping up the demand for ivory.

This is madness. Mammoths and mammoth ivory is not rare – it is estimated that there are 10 million mammoths that remain incarcerated within the permafrost of the Arctic tundra. And in any case a ban on mammoth ivory would not stop the trade, it would simply drive it underground and attract the attention of organised crime groups. For example, in my own research I found that prices for illegally caught whale meat rose very quickly when enforcement efforts intensified and this in turn led to the trade being controlled by dedicated “professional” criminals.

In the same way, a ban on mammoth ivory would drive up prices and lead to many mammoth sites being excavated in clandestine fashion, without any associated scientific endeavours to garner knowledge and understanding of these great beasts. In fact the current situation supports collaboration between collectors and academics about new finds, to the benefit of scientific research.

A ban would not save the elephant either. In fact it would do the opposite and probably hasten its extinction in the wild. Although record levels of funding are now being invested in enforcement and anti-poaching measures to tackle the crime, many species such as the rhino remain on the path to extinction in the wild quite simply because bans aren’t working. 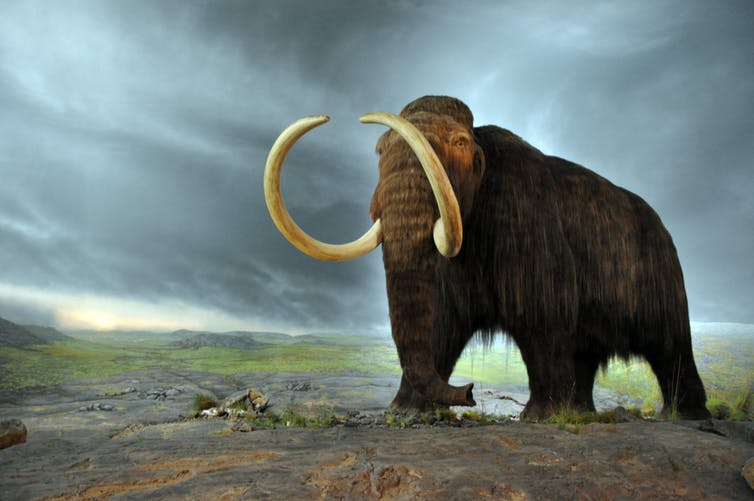 Woolly mammoth model at the Royal BC Museum in Victoria (Canada).

Around the world, incentives to poach elephants and rhinos are increasing due to rising prices and growing relative poverty between areas of supply and centres of demand, and while trade bans can curtail supply it does not seem to have reduced demand in any measurable way. Indeed, high levels of protection can actually stimulate demand for a species due to something called the anthropogenic allee effect.

Economic theory and research can explain why this happens and why we need to urgently reconsider our reliance on global trade bans. Where there is demand that is not very sensitive to price changes and strong enforcement of a ban, prices for illegal wildlife products will rise steeply, but have little overall effect on supply and consumption. This is especially true where organised criminal networks can circumnavigate the police and customs – a relatively easy trick for countries mired in corruption.

The need for bold moves
In this situation we need to look beyond regulation and consider bold strategies that actually make economic sense. In particular we need policies that drive prices down and reduce the pressure on wild populations. To do this we should be considering introducing sustainable off-take mechanisms such as regulated trade, ranching and wildlife farming. If these new sources of supply are close substitutes, such as mammoth and elephant ivory, these mechanisms will certainly cause prices to fall and pressure on wild populations to reduce. 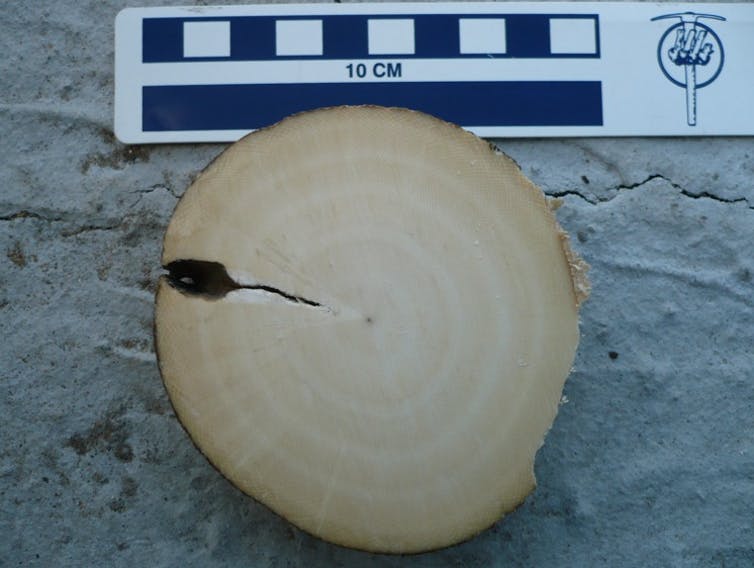 We have seen this happen successfully with crocodilian species, where farmed animals have largely taken over the market and recent economic research in Canada shows that the sale of mammoth ivory into the ivory business in Asia has actually led to lower prices for elephant ivory saving thousands of elephants.

Basic economics tells us that when one introduces a substitute, especially a very close substitute, the price of the alternative product will fall. A recent analysis linked with empirical data predicts that the 84 tonnes of Russian mammoth ivory that was exported to Asia on average per annum over the period 2010-2012 would have actually reduced poachingof wild elephants from 85,000 per year to around 34,000 elephants per year, primarily by reducing elephant ivory prices by about $100 per kilogram.

The policy implication is simple – the mammoth ivory trade should be legal and sustainably managed rather than banned – this will help save both the living elephant and the extinct mammoth.

It seems to me that the mammoth tusks buried In The ground are worth nothing to anyone just stuck in the mud. Dug up why not sell them? You m sure all the museums in the world have all they want.

I agree...its nonsense to ban the mammoth trade..
"I have taken more out of alcohol than alcohol has taken out of me.” Winston Churchill

Never knew there was such a thing. Thanks AH.
Tommorow is promised to no one. Go live your dreams.
You must log in or register to reply here.

How To Overcome Fierce Debates About Banning All Trade In Ivory