Here is mine, found in a auction sale for succession. It is a FN with Brevex box. very seldom. (less than USD 1700) with 57 rounds and a Schmidt & bender scope. Yes I know a very very good deal.
May I enter the club ? 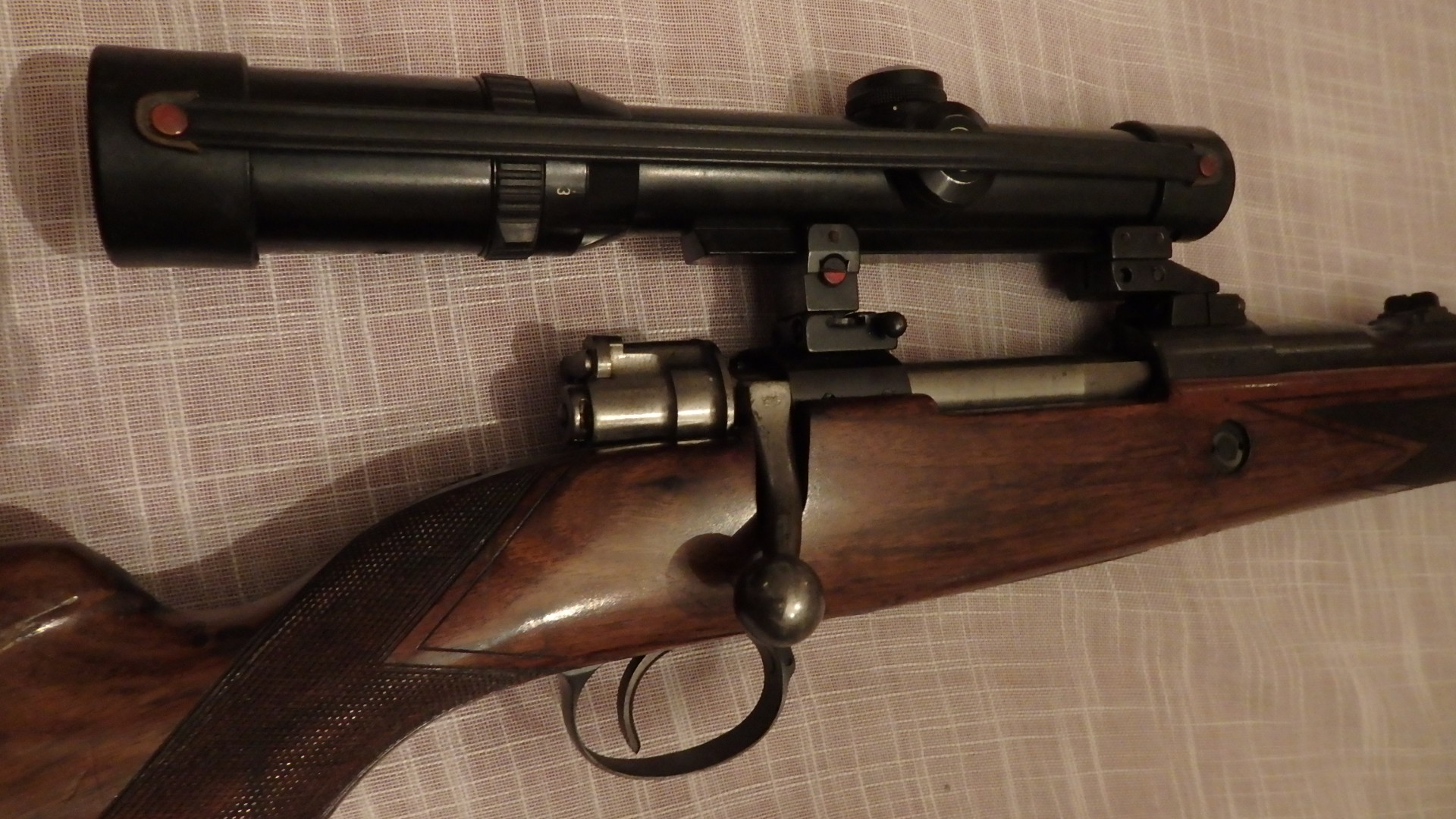 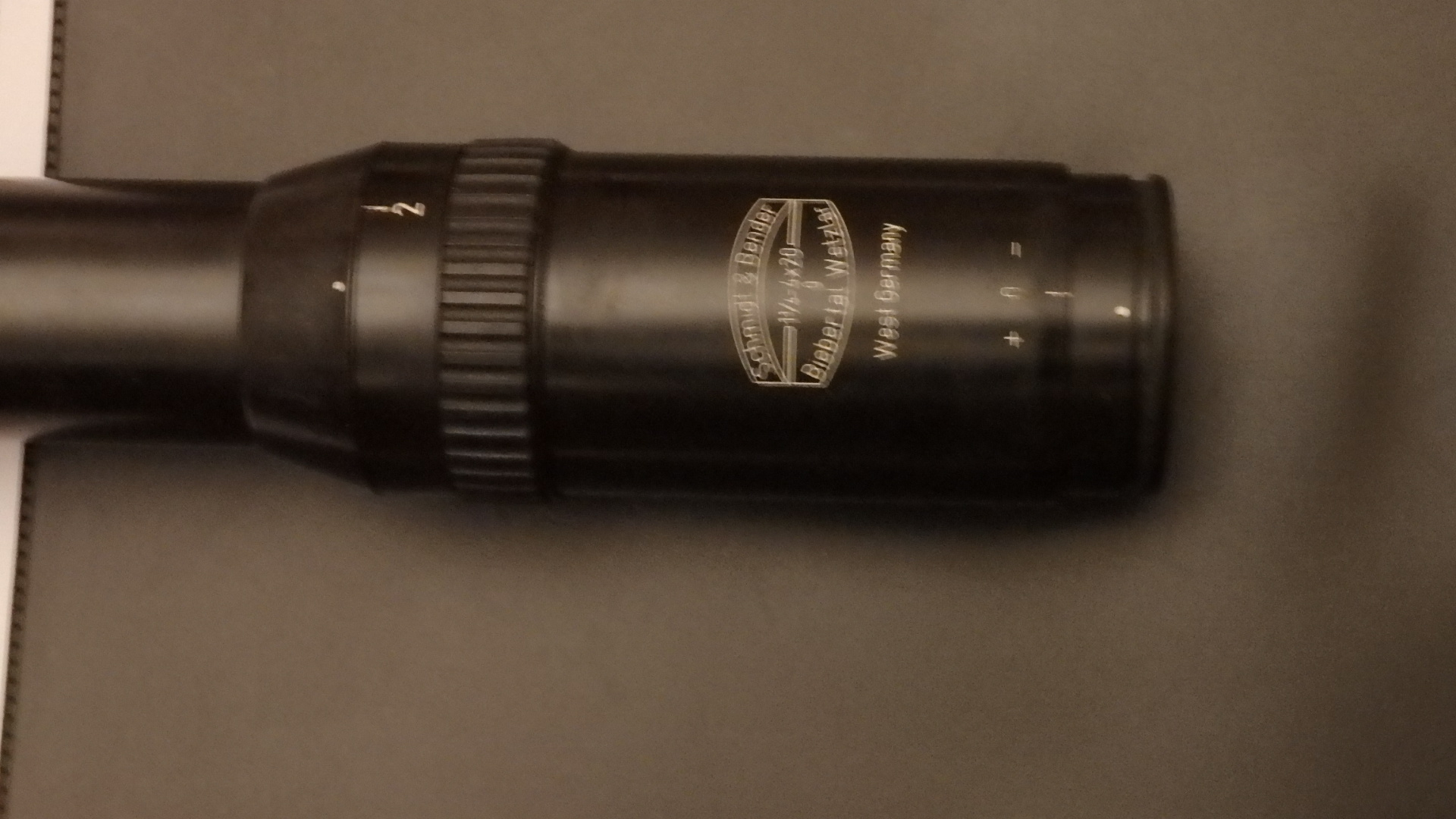 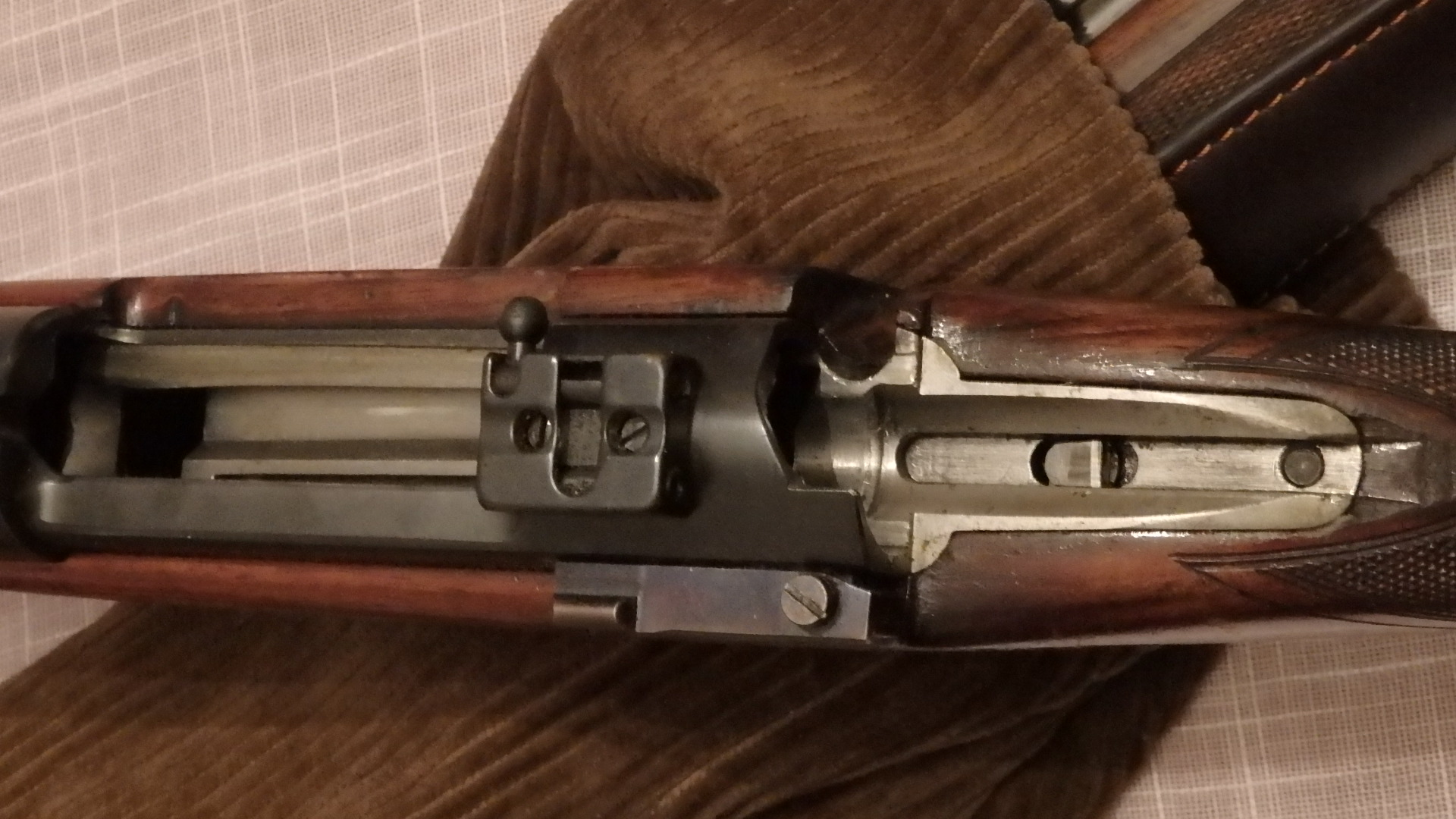 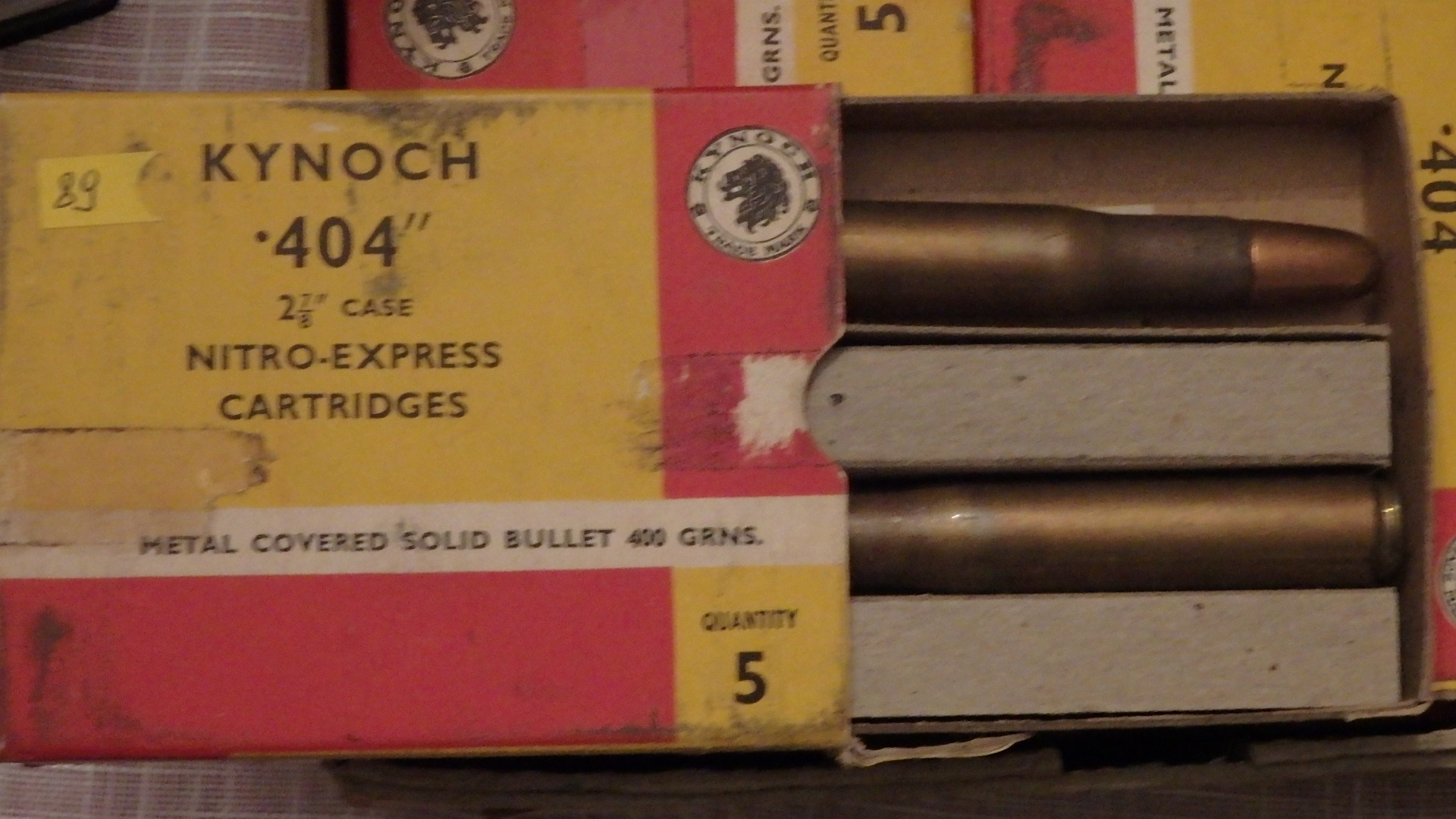 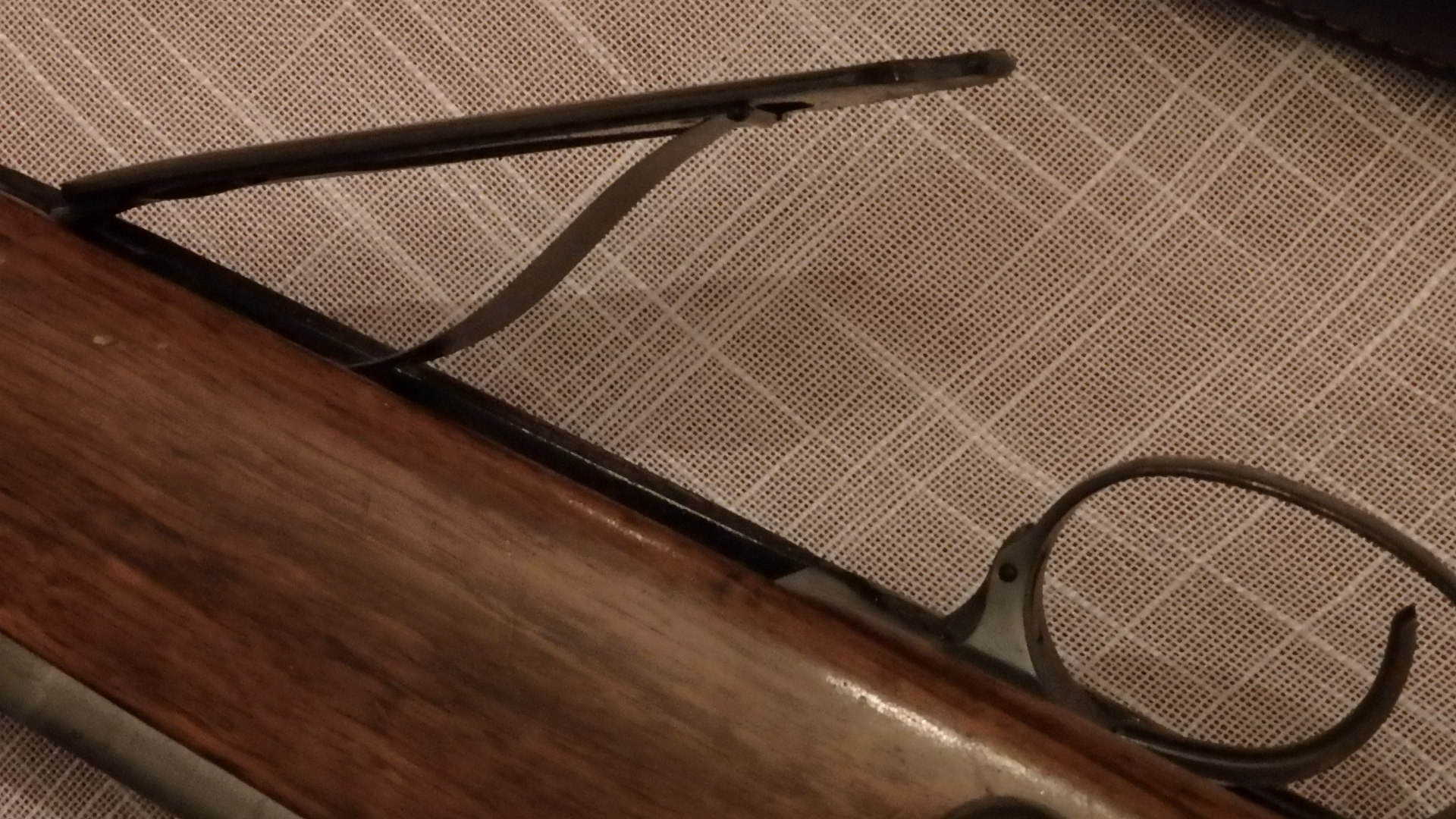 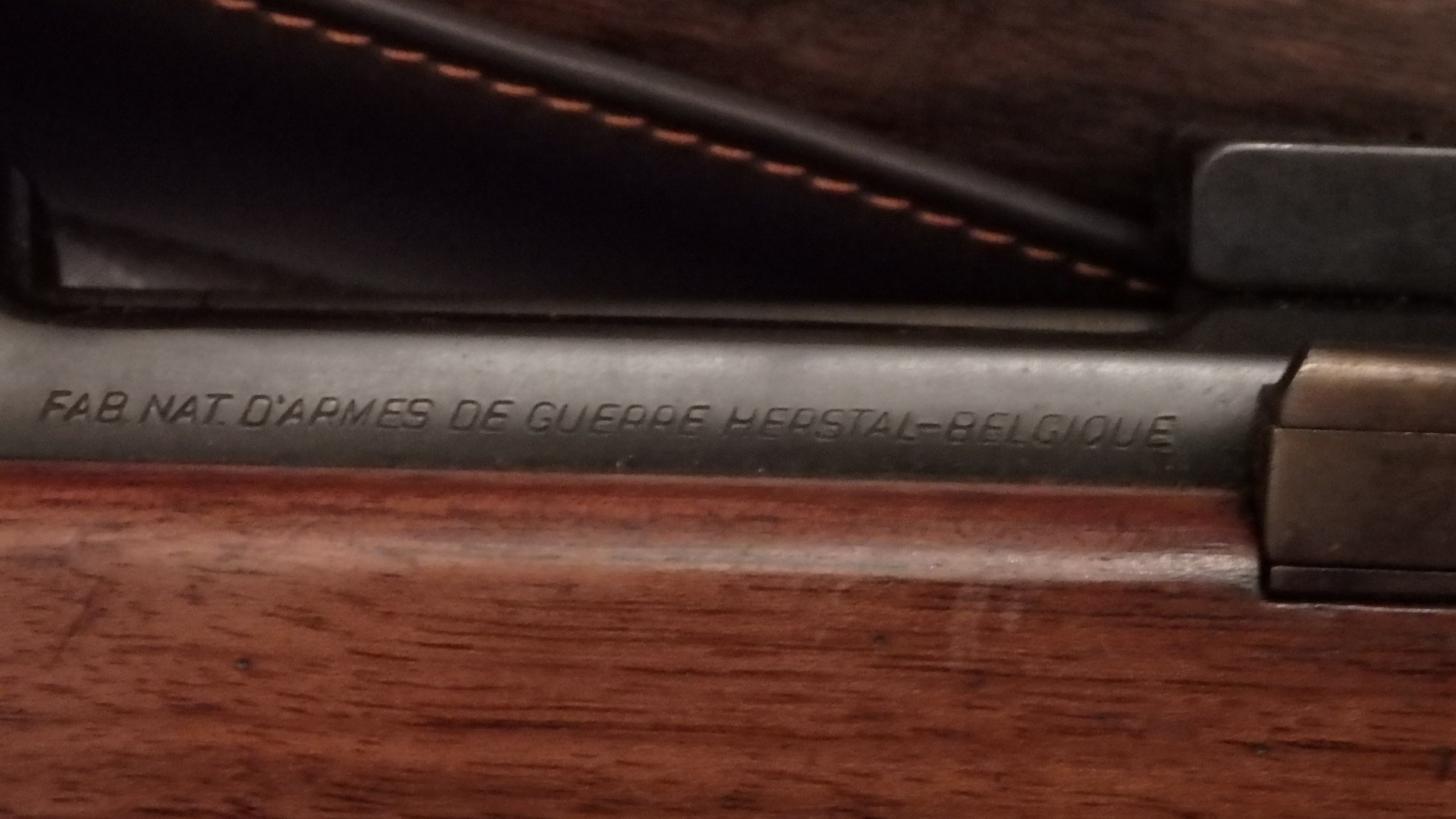 Grz63 said:
Here is mine, found in a auction sale for succession. It is a FN with Brevex box. very seldom. (less than USD 1700) with 57 rounds and a Schmidt & bender scope. Yes I know a very very good deal.
May I enter the club ? View attachment 374880
Click to expand...

Was that the ‘tin arse’ club you were talking about? Beautiful rifle, thanks for showing it off.
A good shot at close range beats a 'hit' at a longer range.

It is an Australasian reference to being extremely fortunate.
A good shot at close range beats a 'hit' at a longer range.

Welcome to the club

With the serial number (especially the syntax) , I know it has been produced before 1958 .
If I remember well (but I can't find it anymore in the forum), someone had a contact with the FN or Browning company about all the rifle register. Don't hesitate to PM me for the SN, I would be curious of its history. Thanks. Philippe

Nevada Mike said:
I am having Reto Buehler build a .LH 404 Jeffery for me on a Granite Mountain magnum Mauser action with Pacnor barrel. Delivery next year... can't wait.
Click to expand...

@Nevada Mike did you get this rifle? Would love to see some photos.

It is hard to say what year exactly the rifle was produced but there are some clues. I am no expert, but to the best of my knowledge(?):
In this rifle's case:
It does not look like the rifle has a Brevex magazine box / bottom metal. The bottom plate on this rifle is typical FN, with rounded trigger guard and catch release outside the front of the trigger guard. The Brevex trigger guard had a very distinct shape, and a different release mechanism (see pic here under). 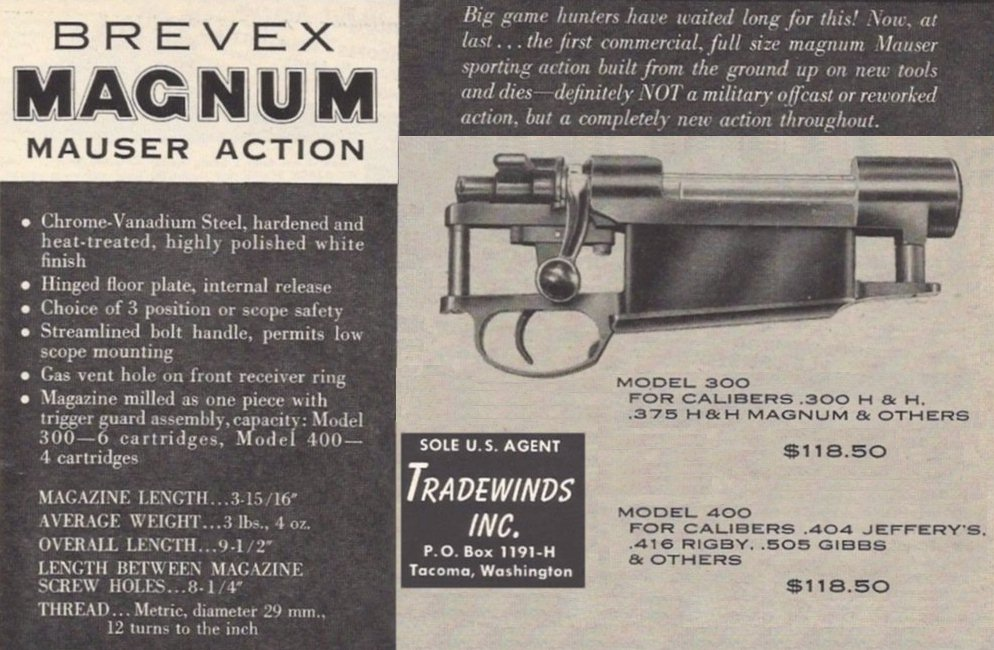 One note of caution if I may. Because of the mount type, the scope is mounted quite high and quite far back. With fairly high recoil rifles, this increases significantly the risk of the scope cutting the forehead under recoil. Further, this generation of S&B scopes did not have as much high relief as modern scopes do. This puts your eye closer to the scope. Be sure to keep your neck straight when you shoot this rifle. Moving your head forward on the stock, in modern shooting form, is almost guaranteeing a scope "kiss"...
Last edited: Nov 12, 2020

A friend bought a new CZ550 recently in 375 H&H. He read up on the 404 J and immediately sent it to Pac Nor for rebarreling. Then it will go to AHR for tweaking. I’m as excited as he is to get to see it! We are already planning (fingers crossed) a trip to either the Caprivi or maybe Tanzania for DG for our 75th birthdays. I want to borrow it for an “own use” elephant!
Africa on my mind.

What I want to know is why there is so much love for the 404 Jeffery and so little for the 500 Jeffery? Both are shorter and fatter cases than the Rigbys (416, 450). Both have rebated rims (which is a feeding problem for the 500 but not the 404?). I also think the 500 Jeffery is vastly underated as an elk and bear round for North America

375 Ruger Fan said:
@Nevada Mike did you get this rifle? Would love to see some photos.
Click to expand...

The rifle is in the works. i expect it to be finished within a few months. I will post pictures when I get it in hand.

Thank you for your interest.

colorado said:
What I want to know is why there is so much love for the 404 Jeffery and so little for the 500 Jeffery?
Click to expand...

404 fits in standard length action. Feeds well. Mild recoil. John ‘Pondoro’ Taylor wrote about it and we all like a good lovestory... 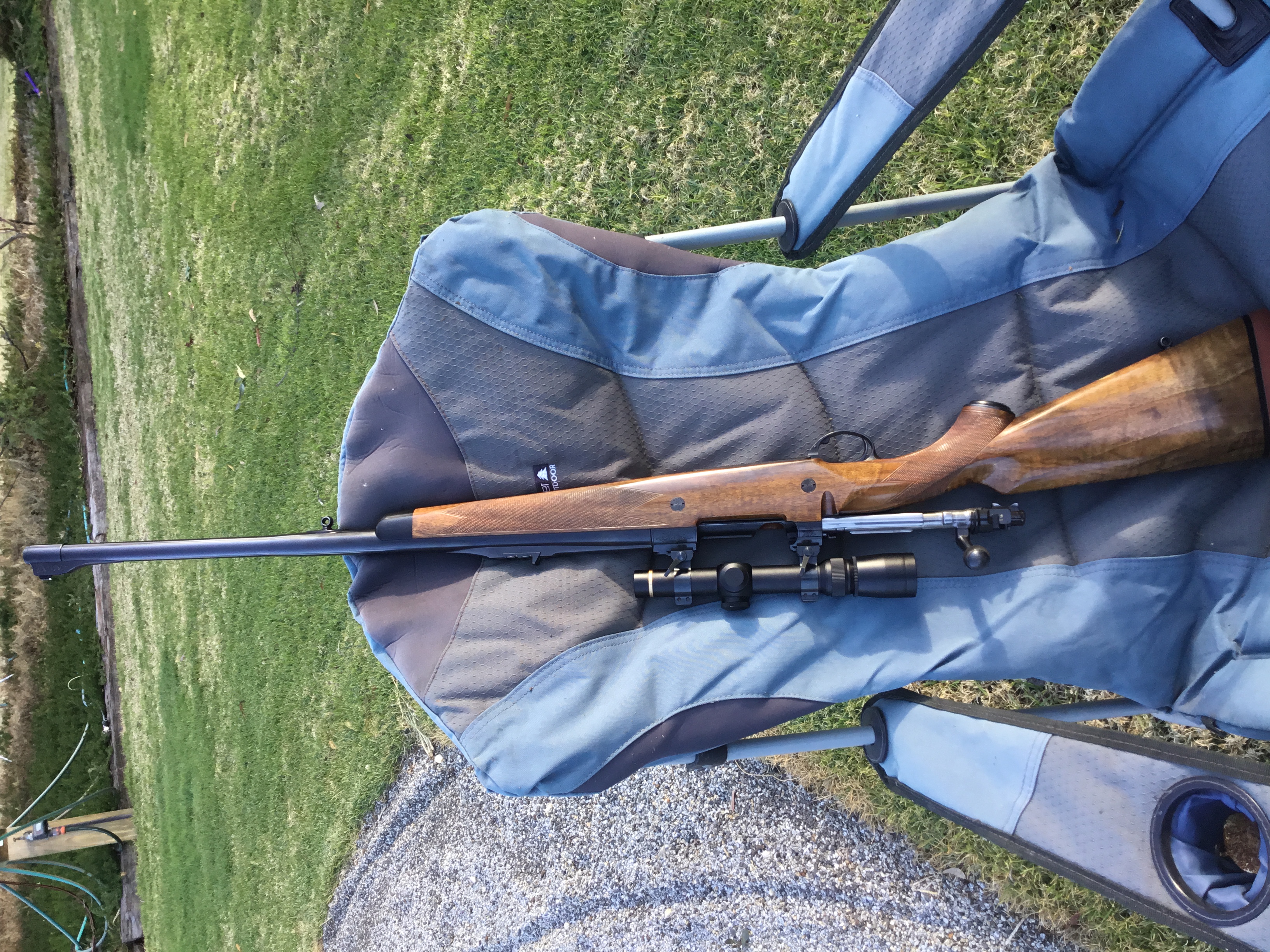 Sorry guys, having trouble putting all this together. My custom modified FN action 404J. Work done by Bob De Vries, Kudu Services..Australia.
tasteful engraving, not a bad piece of timber.1.5-5x 20 Leupold. Found a passable load. Should have stopped at that one.lol

Good looking rifle...tell us about it.
R 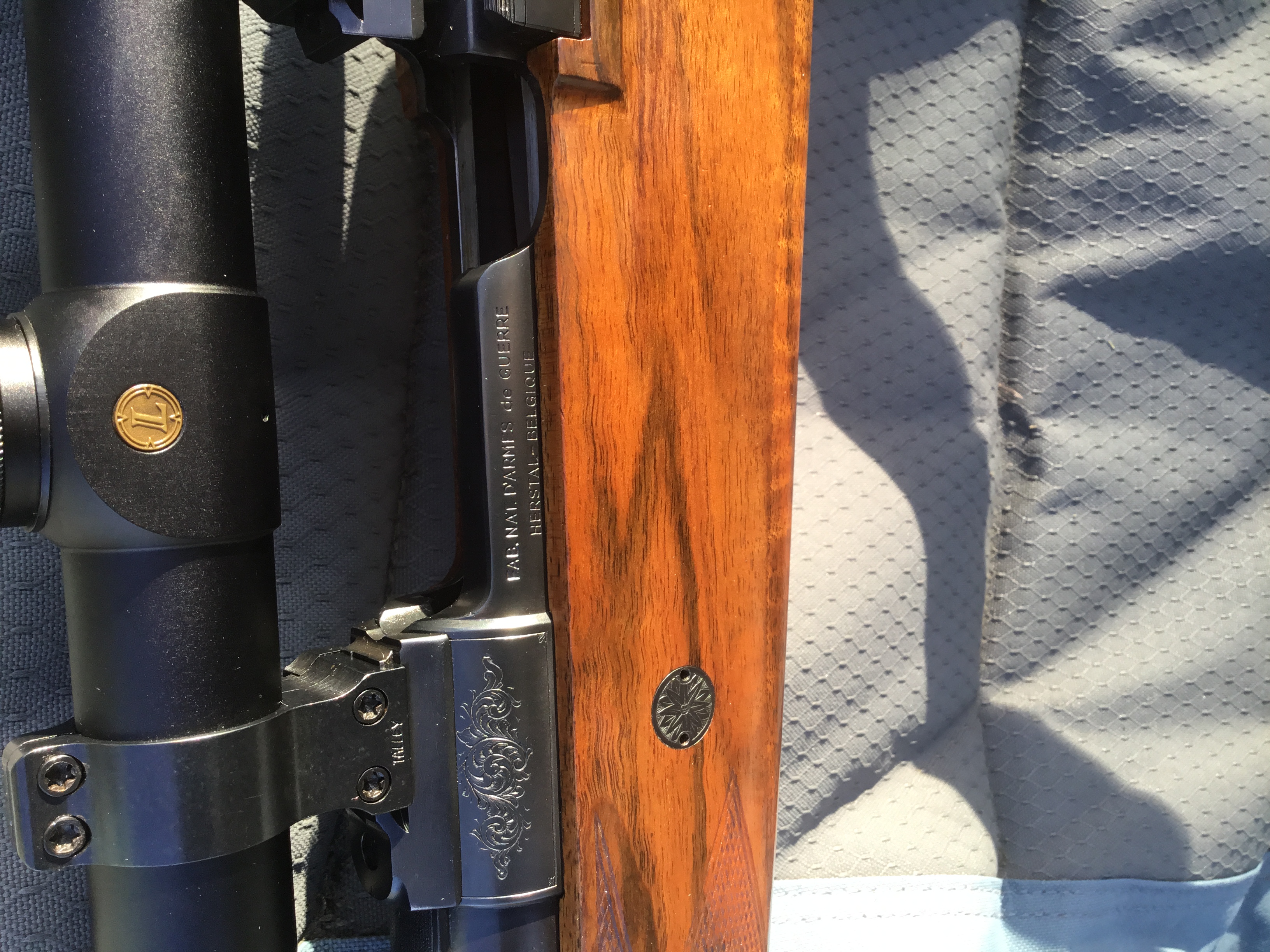 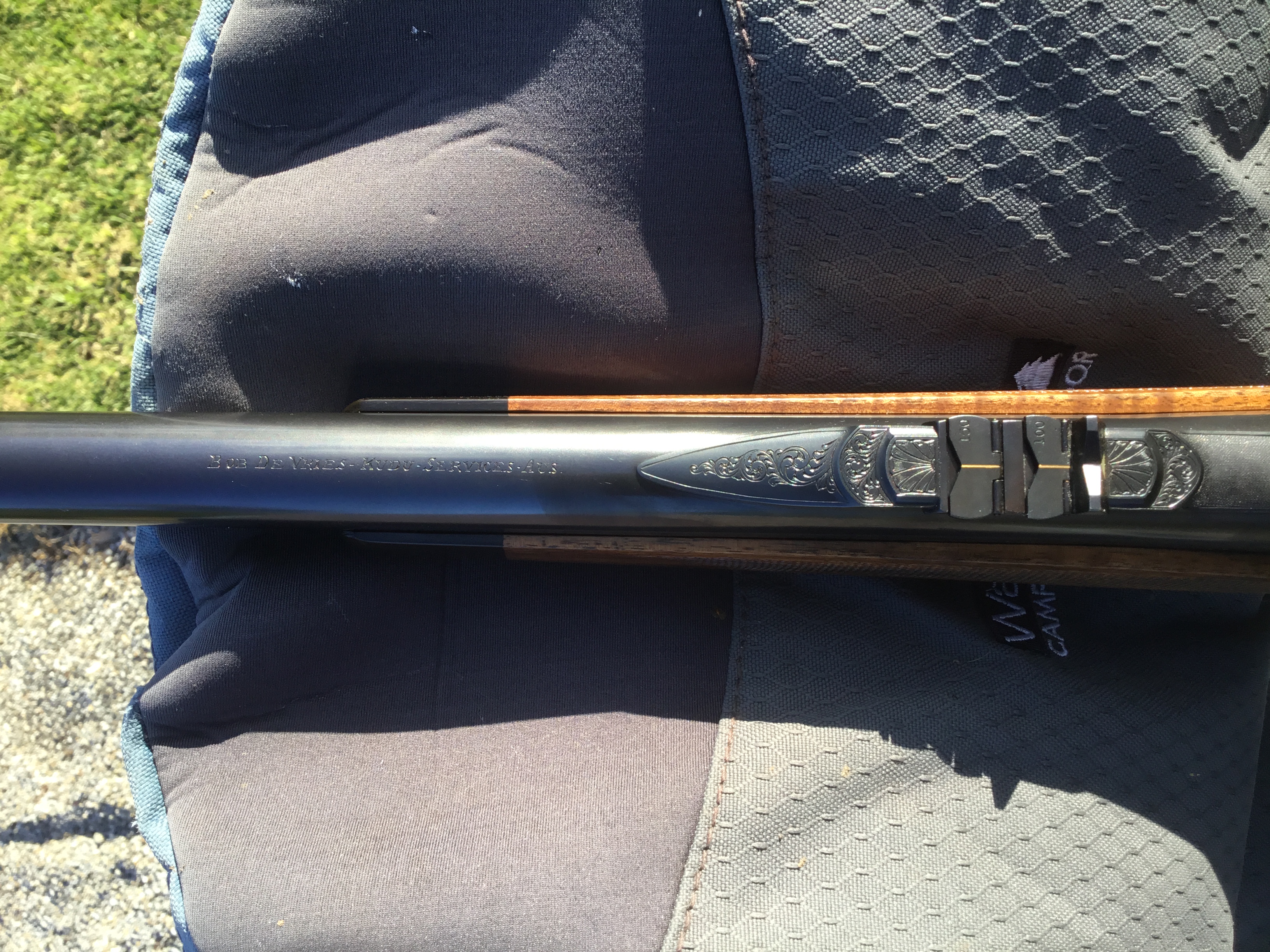 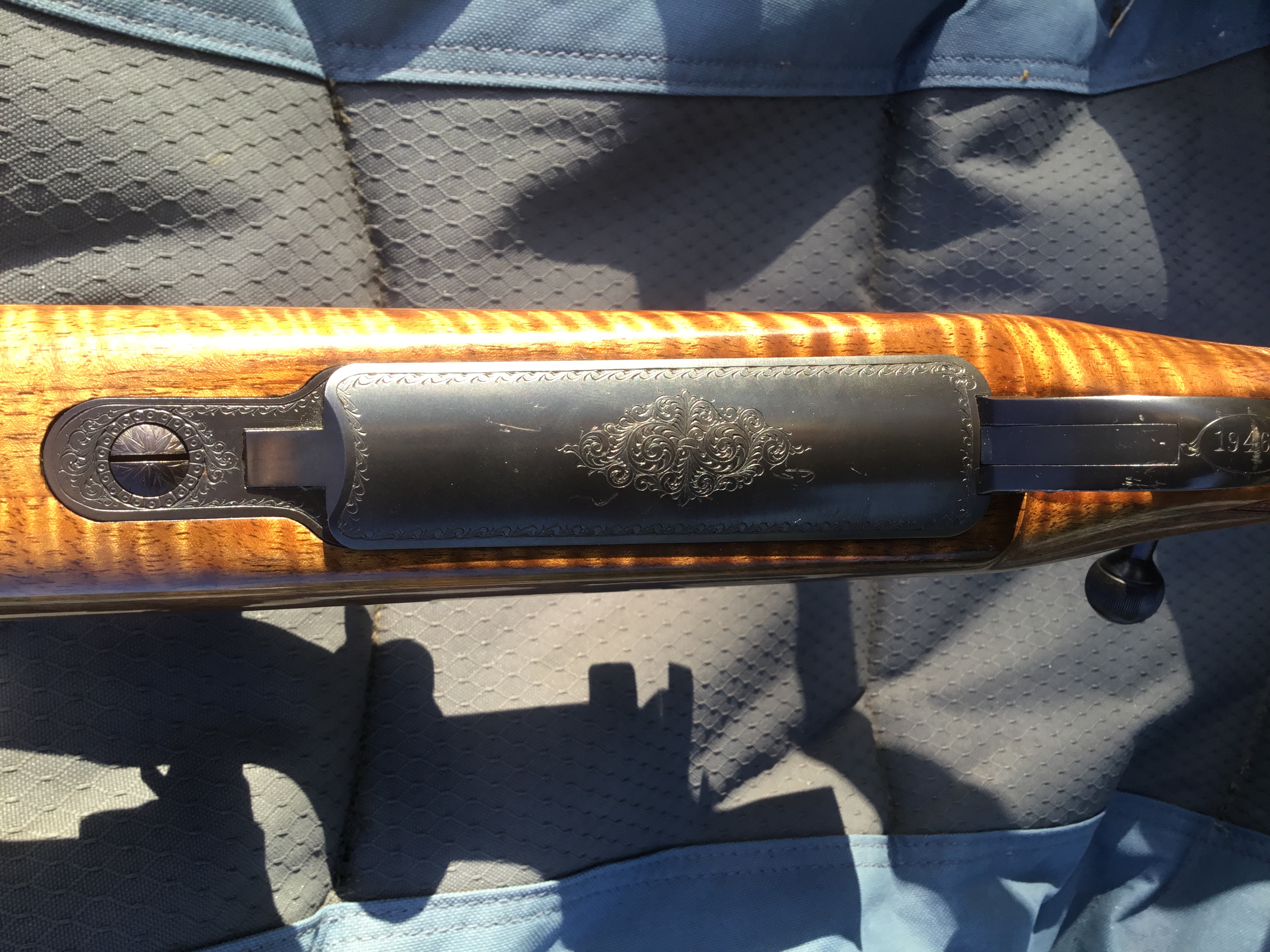 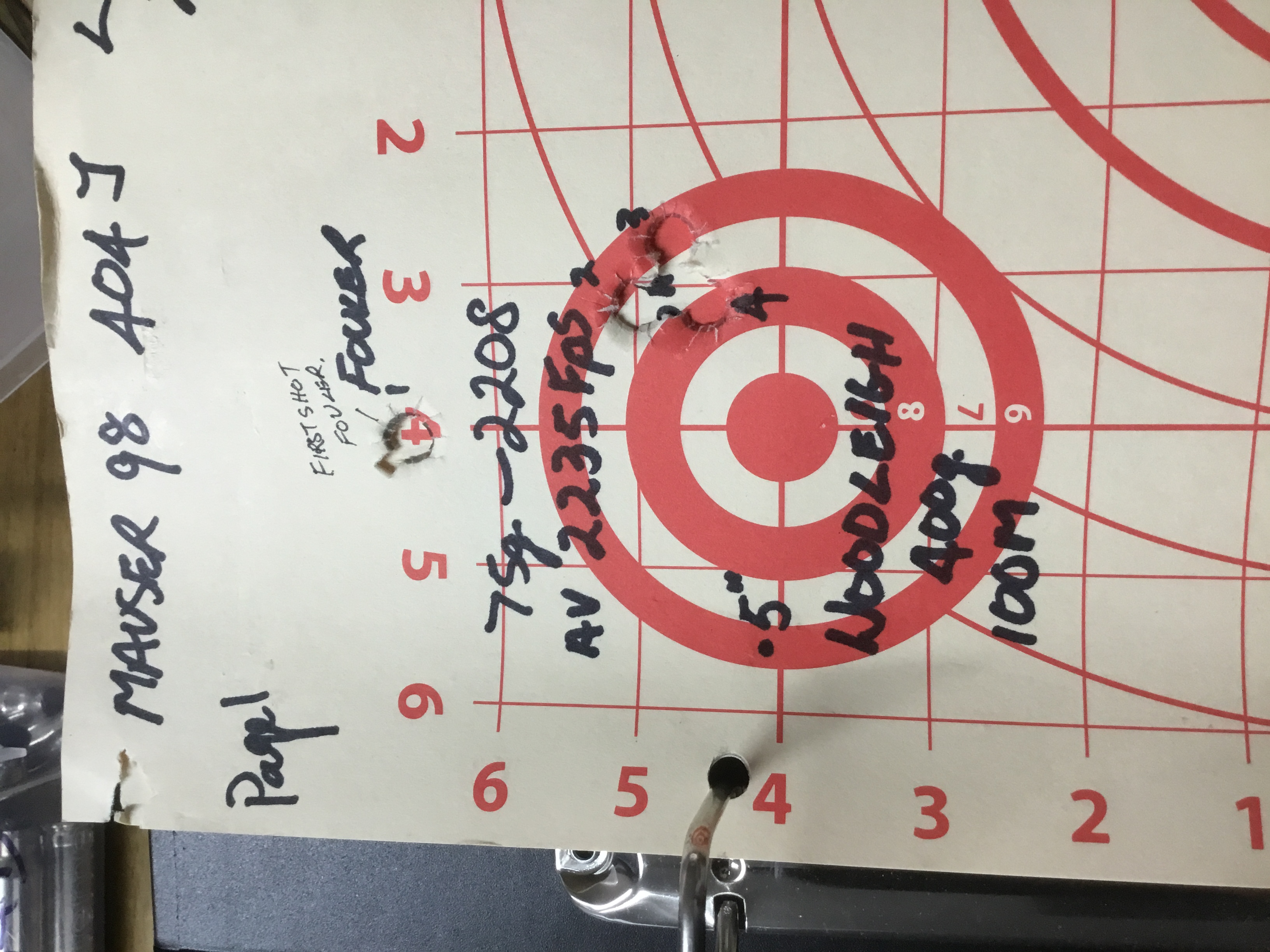 NTH JimT NTH wrote on JimT's profile.
Hey Jim, I read that you’re from Dequincey and just returned from Africa. I’m from Lake Charles and went there in April. What outfitter did you use and would you share your experience and pics? I won our trip to Kuche through DU.
29 minutes ago •••
G
gprippers SAFARIKIDD gprippers wrote on SAFARIKIDD's profile.
Hello! Nice rifle! I have IDENTICAL rifle in 375 H&H so i was wondering what gunsmith did the work on it? Appreciate it and if you decide there is anything you are willing to take in partial trade, let me know. I have quite a few pistols, long guns and sxs & o/u shotguns as well.