Hi AH community, here is a unique hunt which we hope you find as fun as we do! PLEASE don't forget to check the YouTube video out from 2019's Macnab attempt. The link is below the pricing!

The Macnab is a traditional challenge dating back many centuries. It was considered to be the ultimate test of a sportsman's abilities as it tested him in all 3 of the facets a passionate sportsman might face - Hunting, Wingshooting as well as Fishing.

The challenge was to have success in all 3 between sunrise and sunset. Here in South Africa, honoring that age old tradition, the Royal Macnab has been created. This incorporates the 3 species in South Africa most difficult to harvest in the toughest terrain you can find yourself in. One is required to hunt either a Mountain Reedbuck or a Vaal Rhebok, shoot a brace of Greywing over Enlish Pointers and then finally catch a wild trout on fly fishing equipment all between sunrise and sunset.

This is a truly incredible challenge to undertake and one shouldn't be surprised to run into snow up in these mountains where you can find yourself at over 9000ft above sea level! Upon successfully completing the challenge a certificate is issued. Due to the free range nature of this hunting area it is only a 3 month long hunting season (June to August) for the Macnab attempts as well as normal hunting.

1x Mountain Reedbuck OR Vaalie, a brace of greywing over English pointers and a wild trout on fly between sunrise and sunset.

To hunt just a Vaalie and Mtn Reedbuck during your stay the following applies: 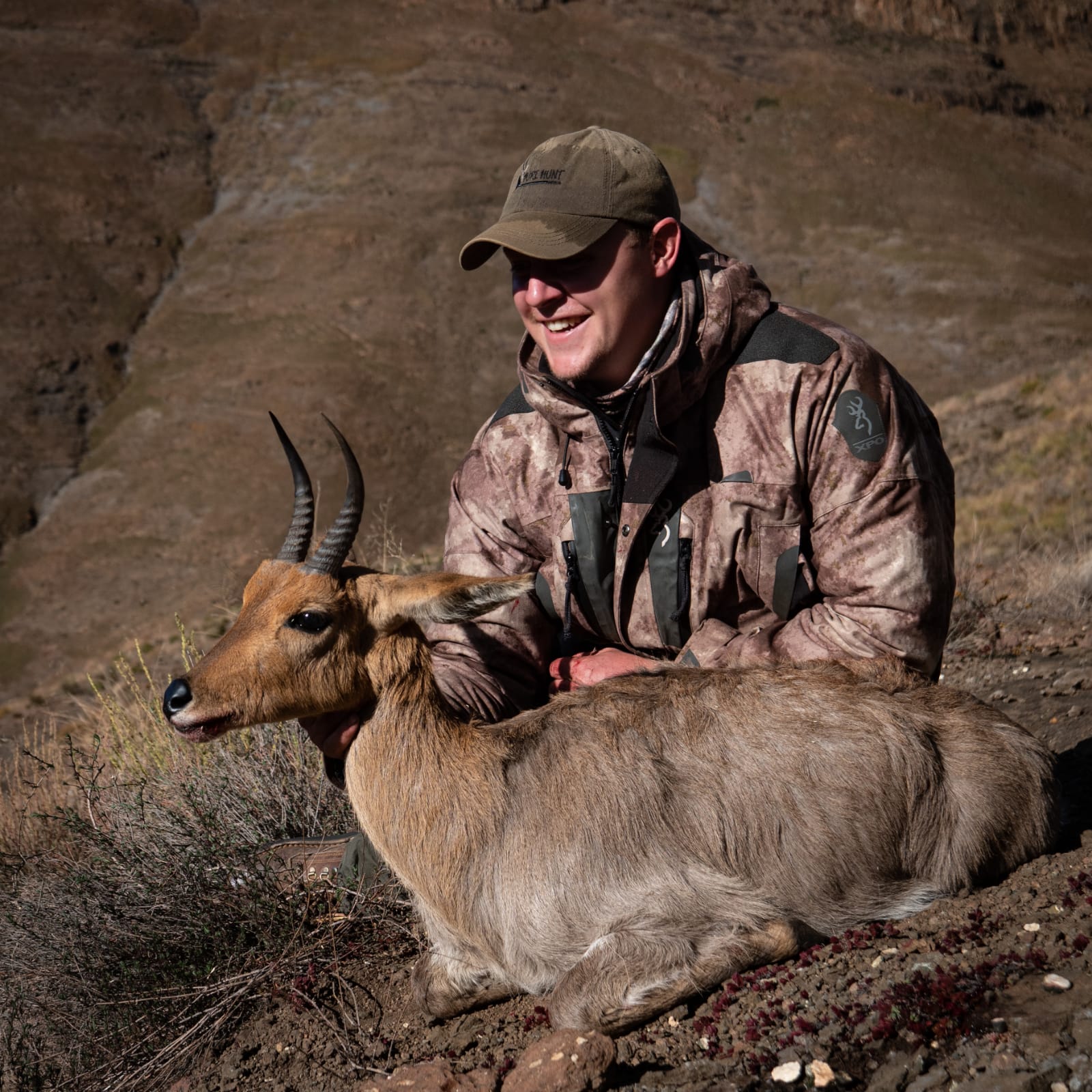 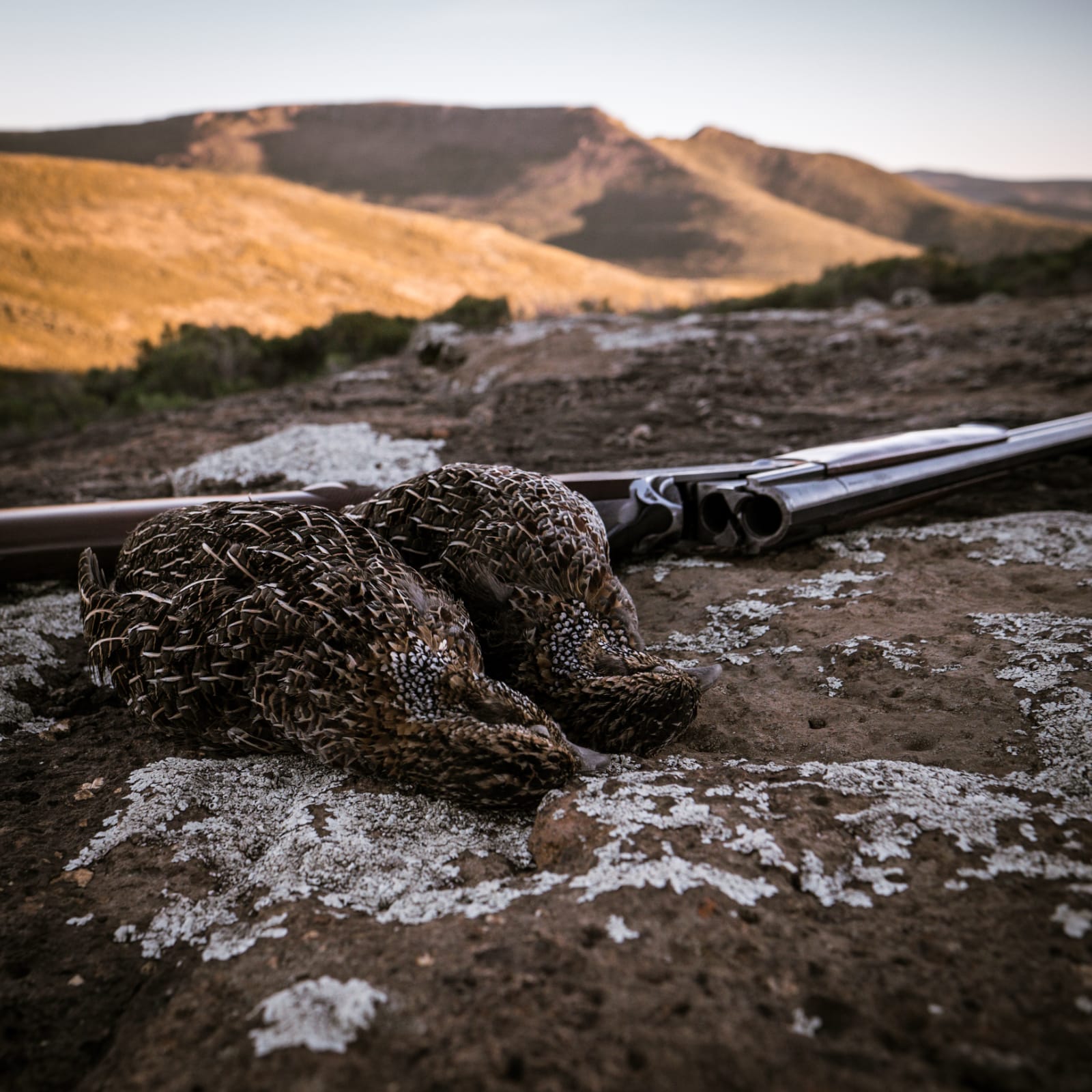 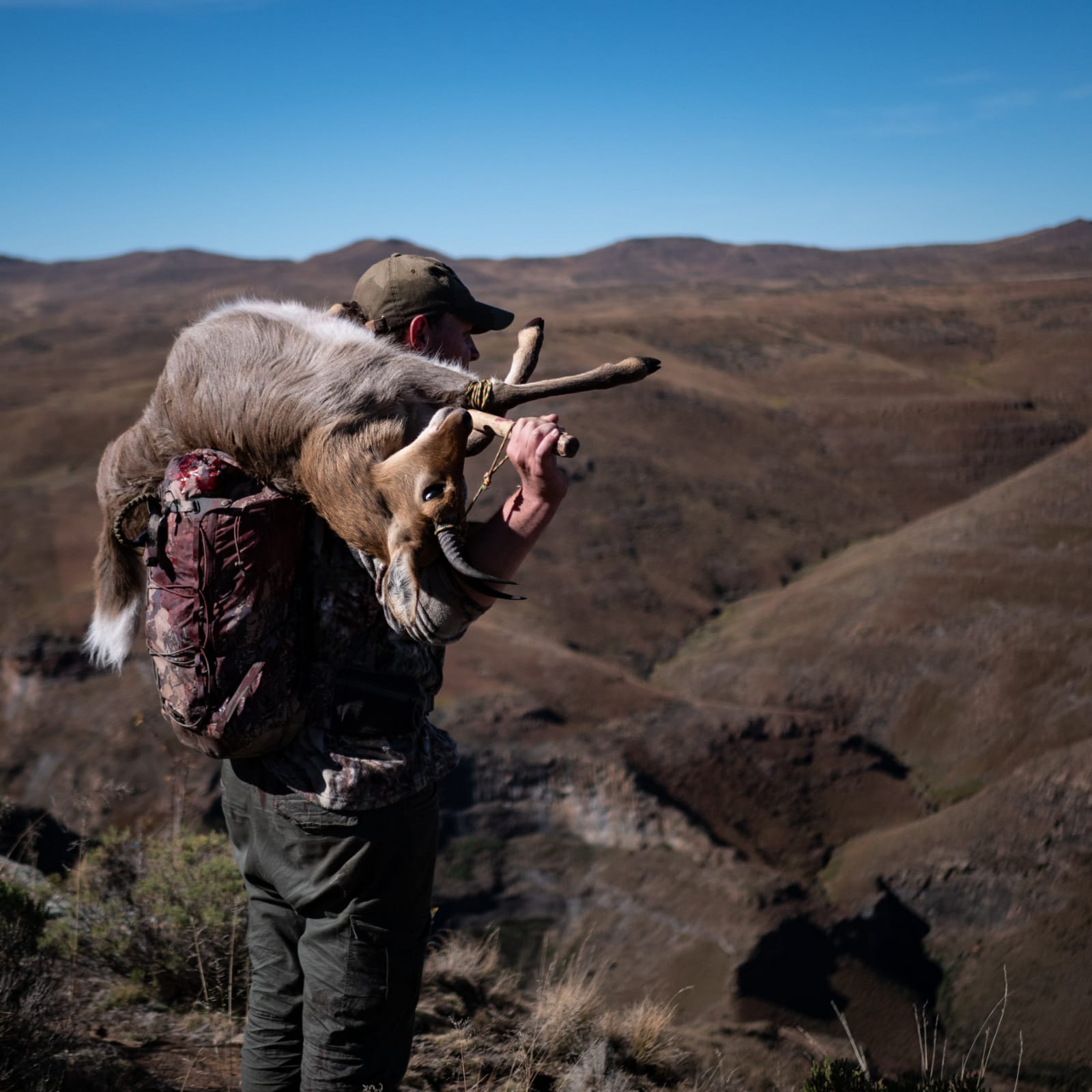 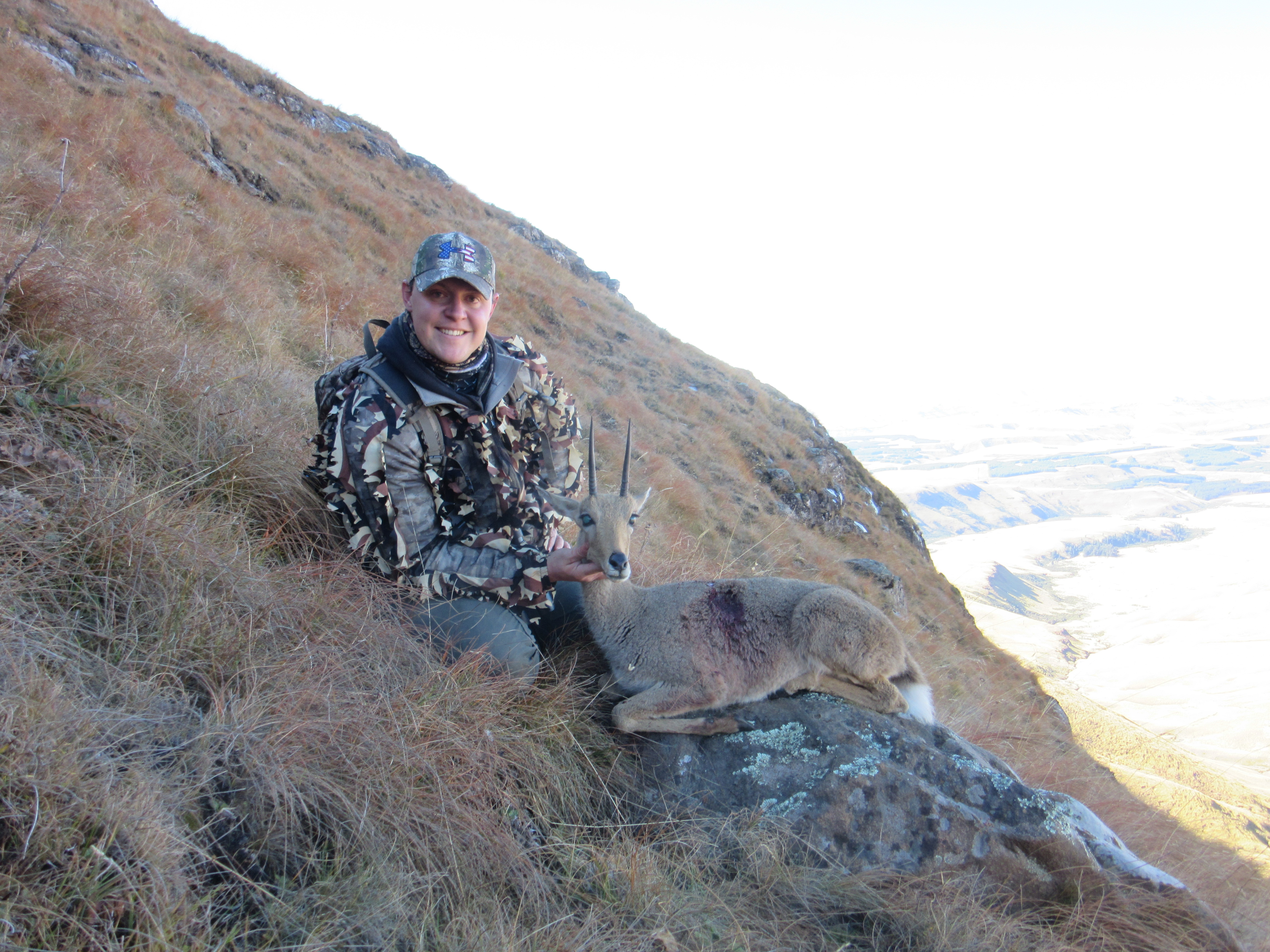 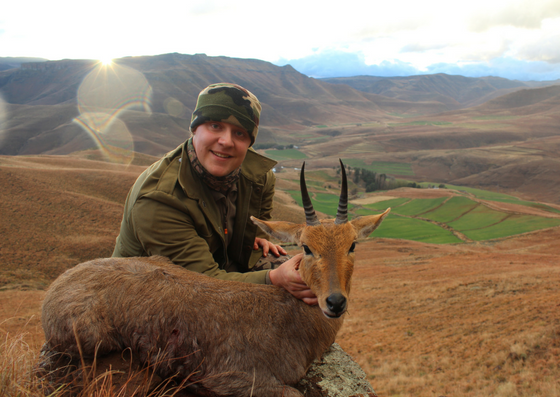 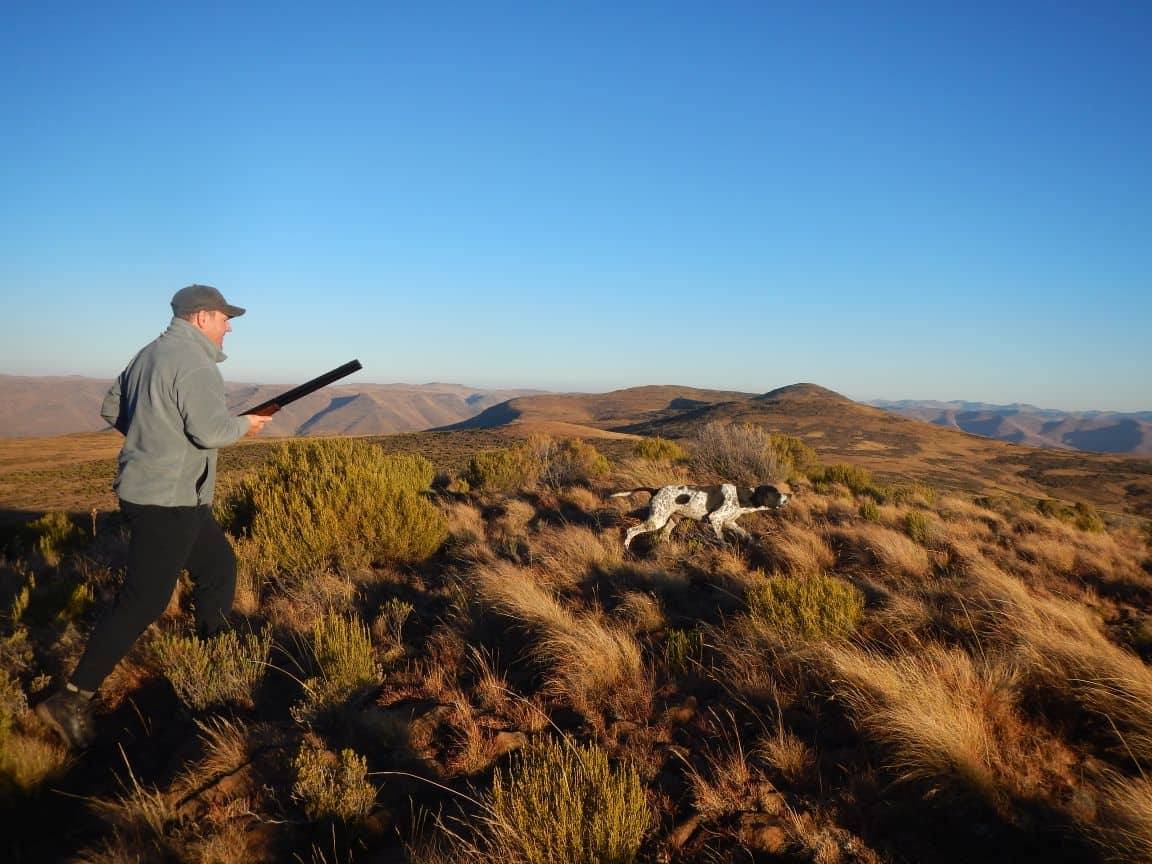 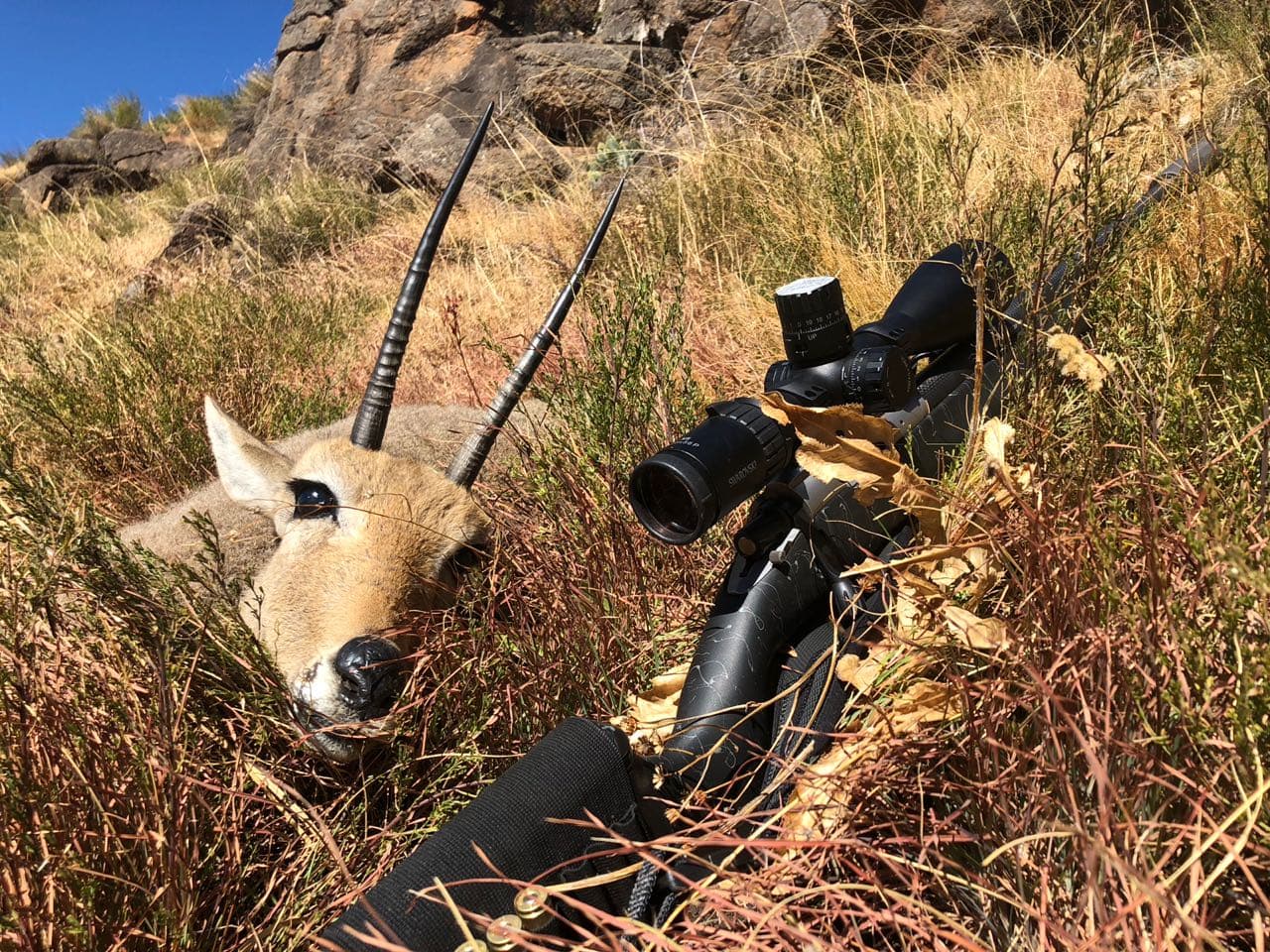 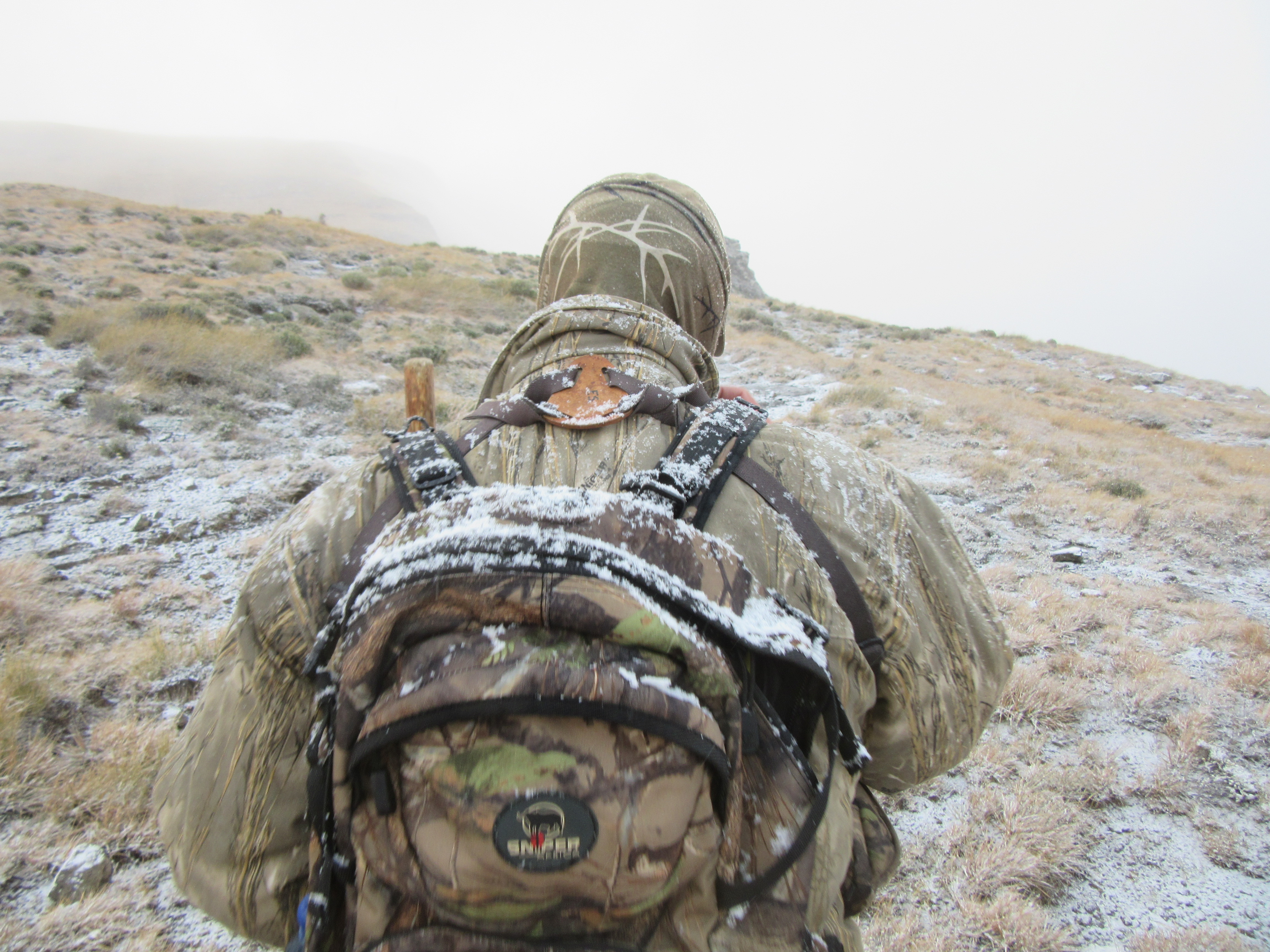 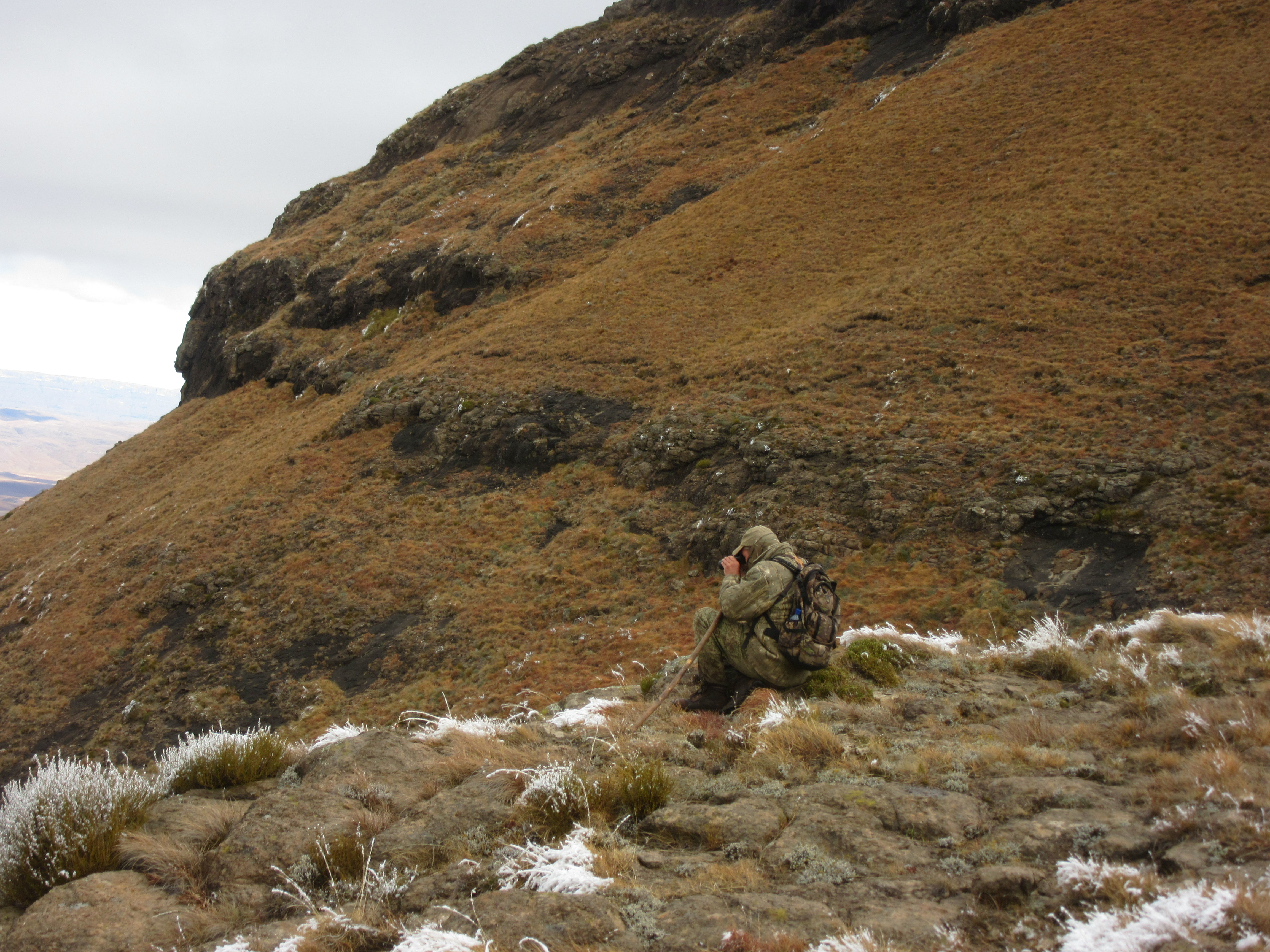 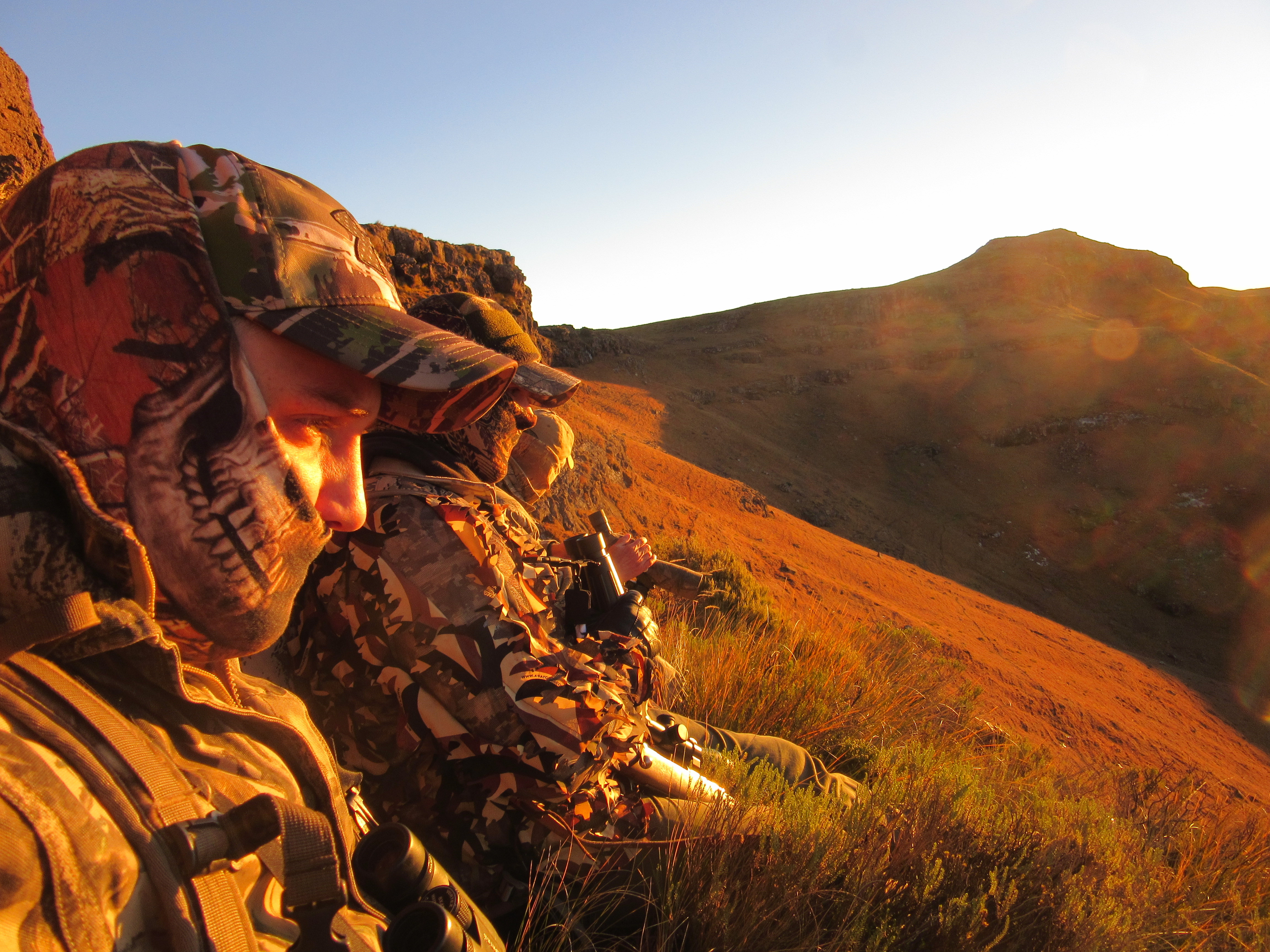 This would be good fun with group I think
The Empire was built on cups of tea. When in doubt, fear, joy or any other human emotion tea is to be drunk.
D

norfolk shooter said:
This would be good fun with group I think
Click to expand...

This is one of those hunts where you can't explain it to someone,you have to just do it! Problem is that these mountains are as much fun as a buff hunt!
Last edited by a moderator: Aug 12, 2020
Hunting reports on AfricaHunting.com for BAYLY SIPPEL SAFARIS:
- https://www.africahunting.com/threads/south-africa-rifle-bowhunt-bayly-sippel-safaris-review.42164/
- https://www.africahunting.com/threa...-with-bayly-sippel-safaris.41620/#post-423700

In Scotland a Royal Macnab would be, Stag, Grouse, Salmon and then bagging the cook after dinner!

.....then bagging the cook after dinner!?
Does one get to judge (for trophy quality) the cook before bagging her?

Yes but normally when you take a lodge for a week you chose the cook as one is not normally provided in Scotland. Thus you can ensure a pretty one!

Bayly Sippel Safaris said:
That's exactly right! Not sure how the bagging of the cook would work though haha!
Click to expand...

Use you imagination, I know a chap who went on to marry the cook.

Just a quick update from our side! At this point it doesn't look like we will be getting our foreign clients out for the mountain hunting season this year. If that is still the case come the season (June-August) we still plan on heading there personally. So we will hopefully be able to give you guys a report at some point!

This could be you! 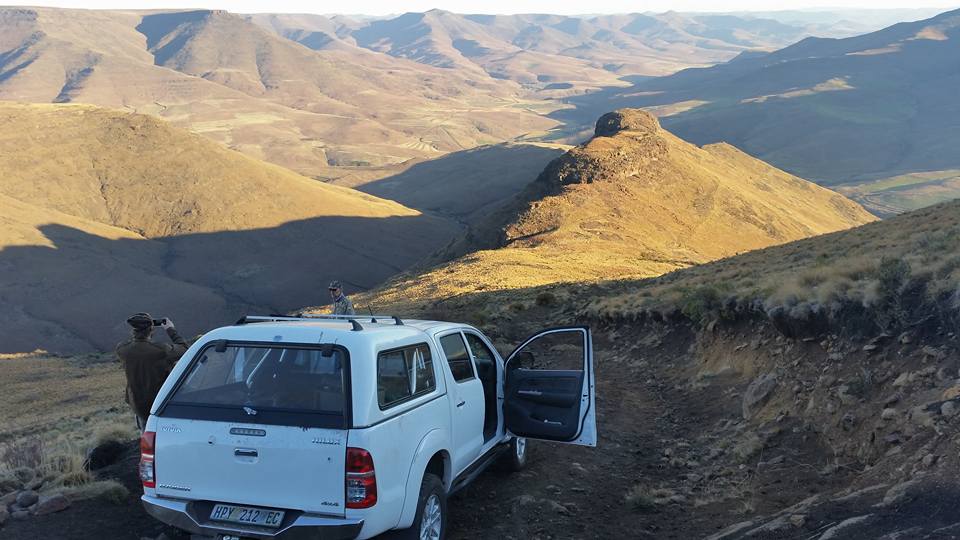 Good day AH Community! We were luckily able to make it into the mountains personally this year as a pose to with clients however it was an absolutely amazing adventure as always! We will finish the report shortly and add some pictures but for now here's a pic of the breath taking scenery we were privileged enough to experience! 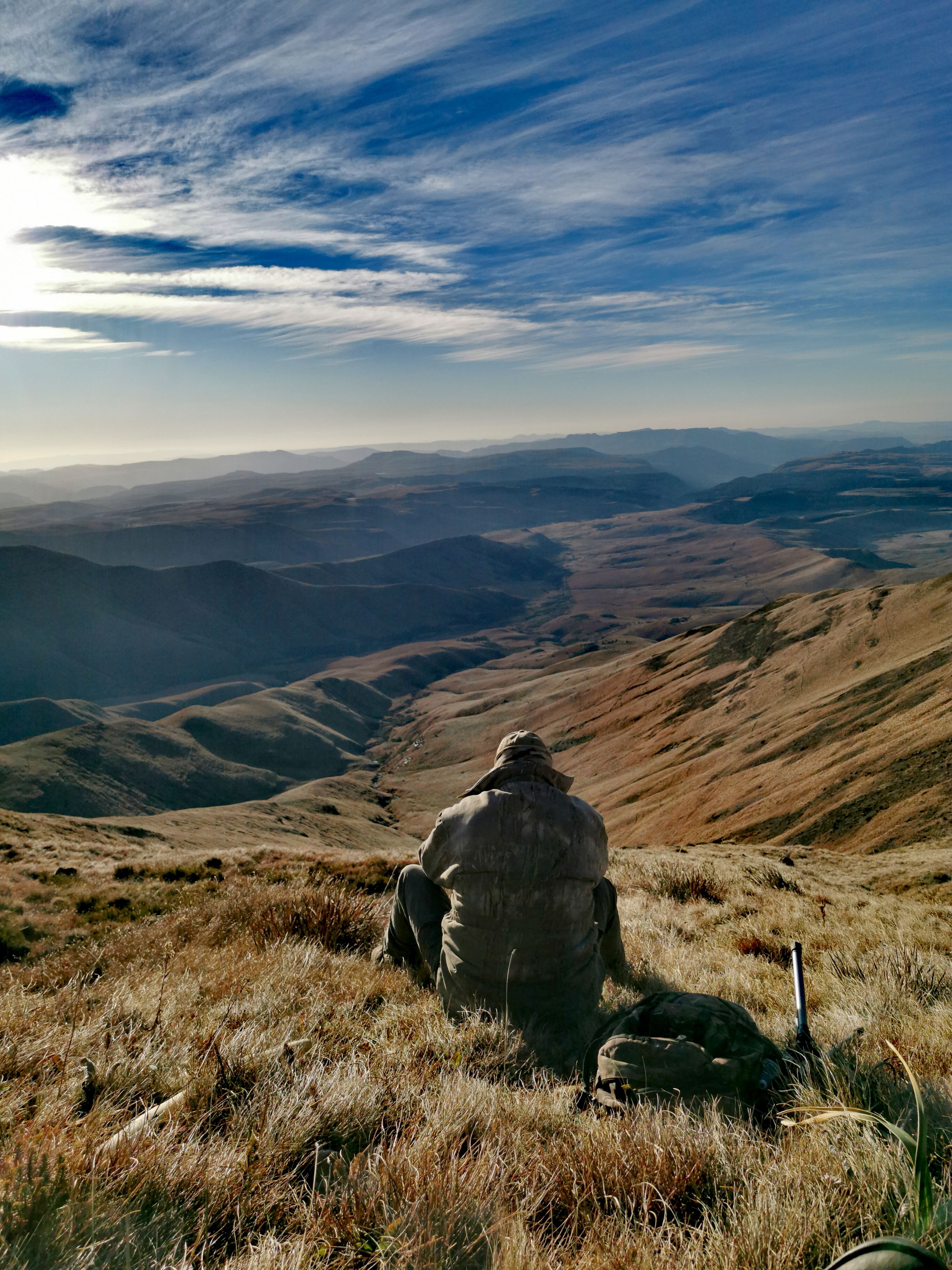 A beautiful Mountain Reedbuck ram we took this year after an incredible stalk on some very steep shale! This was one hell of a recovery! 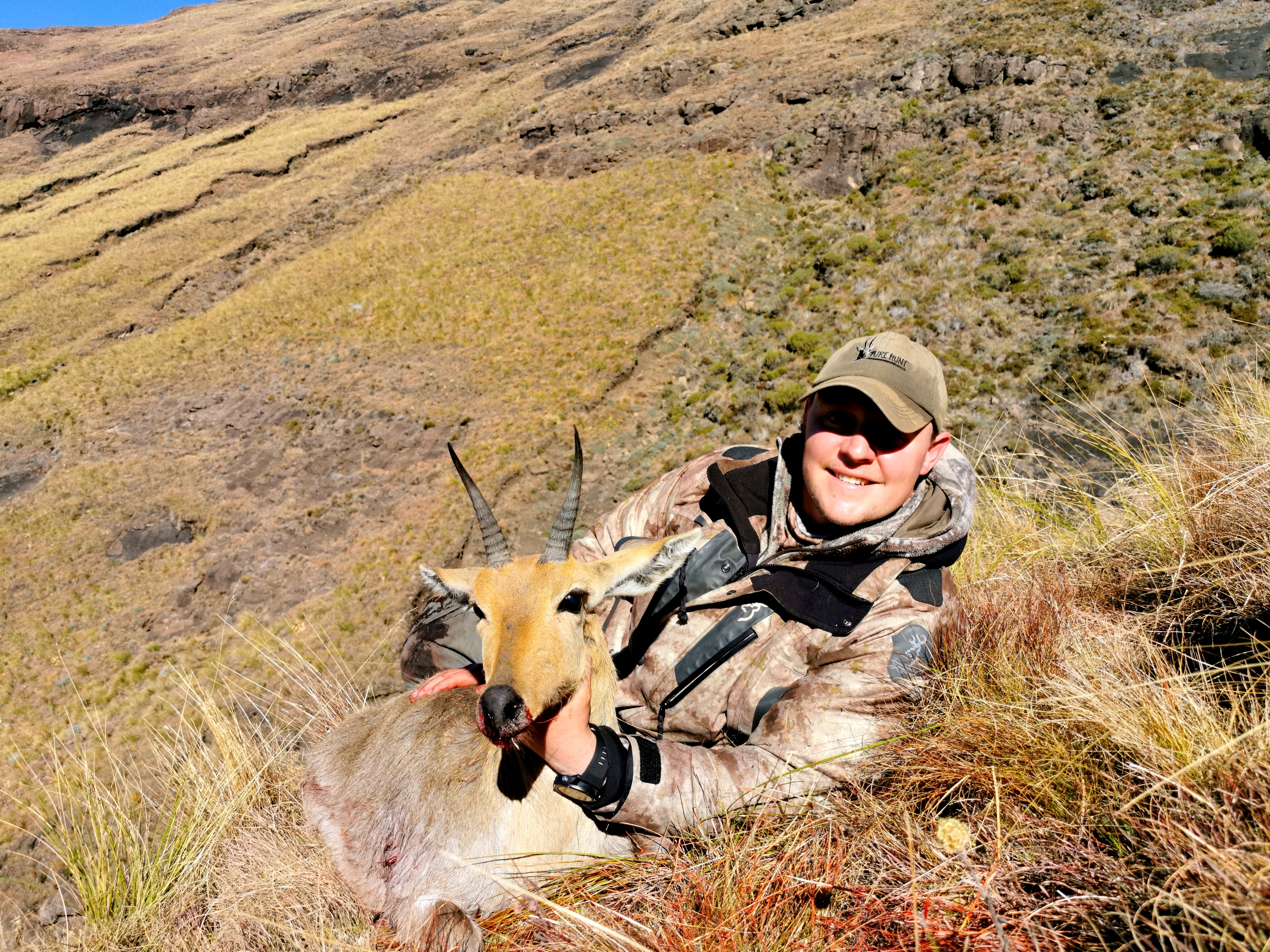 2 stunning fish caught this year out of the same channel only 3 casts apart! 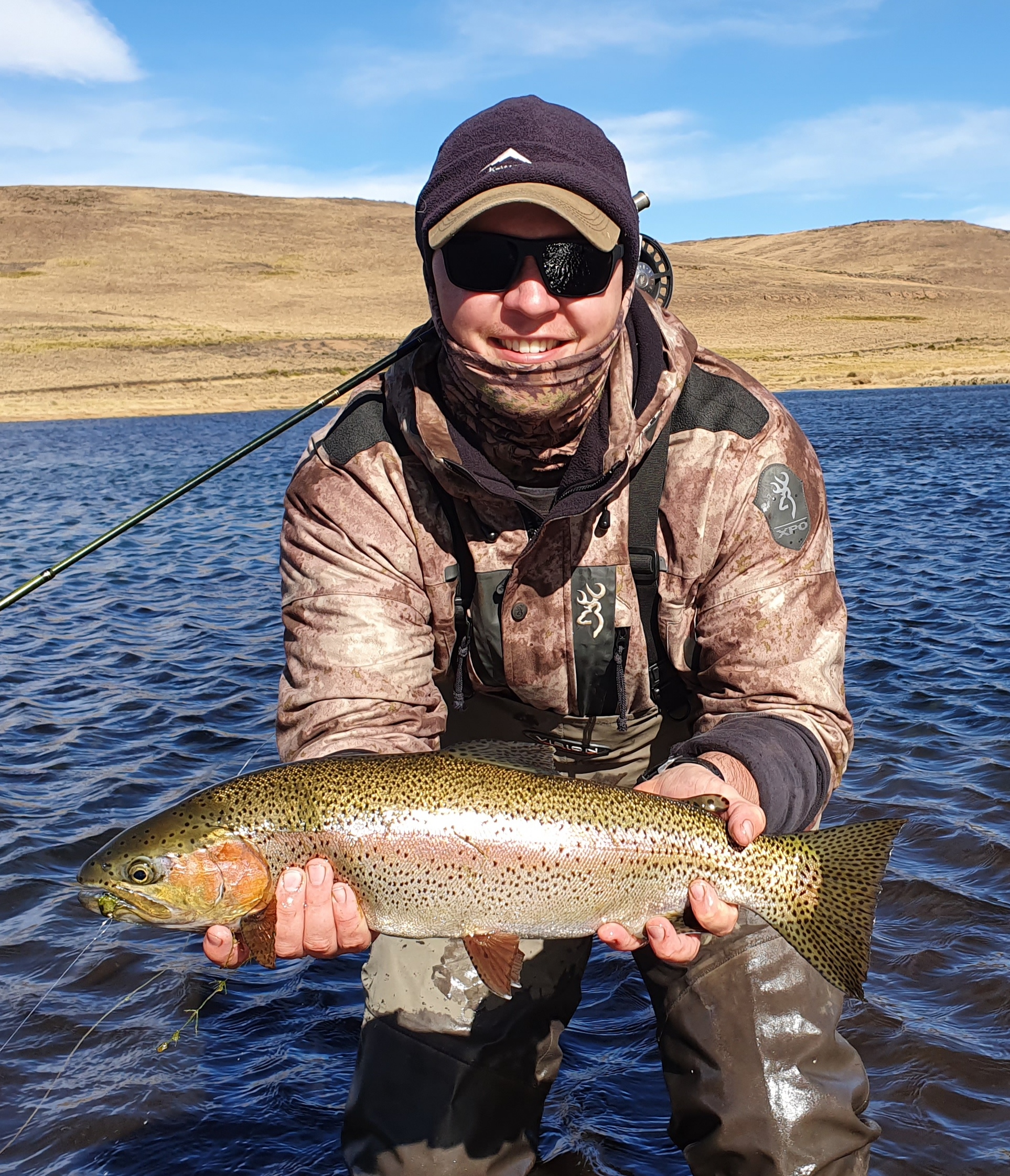 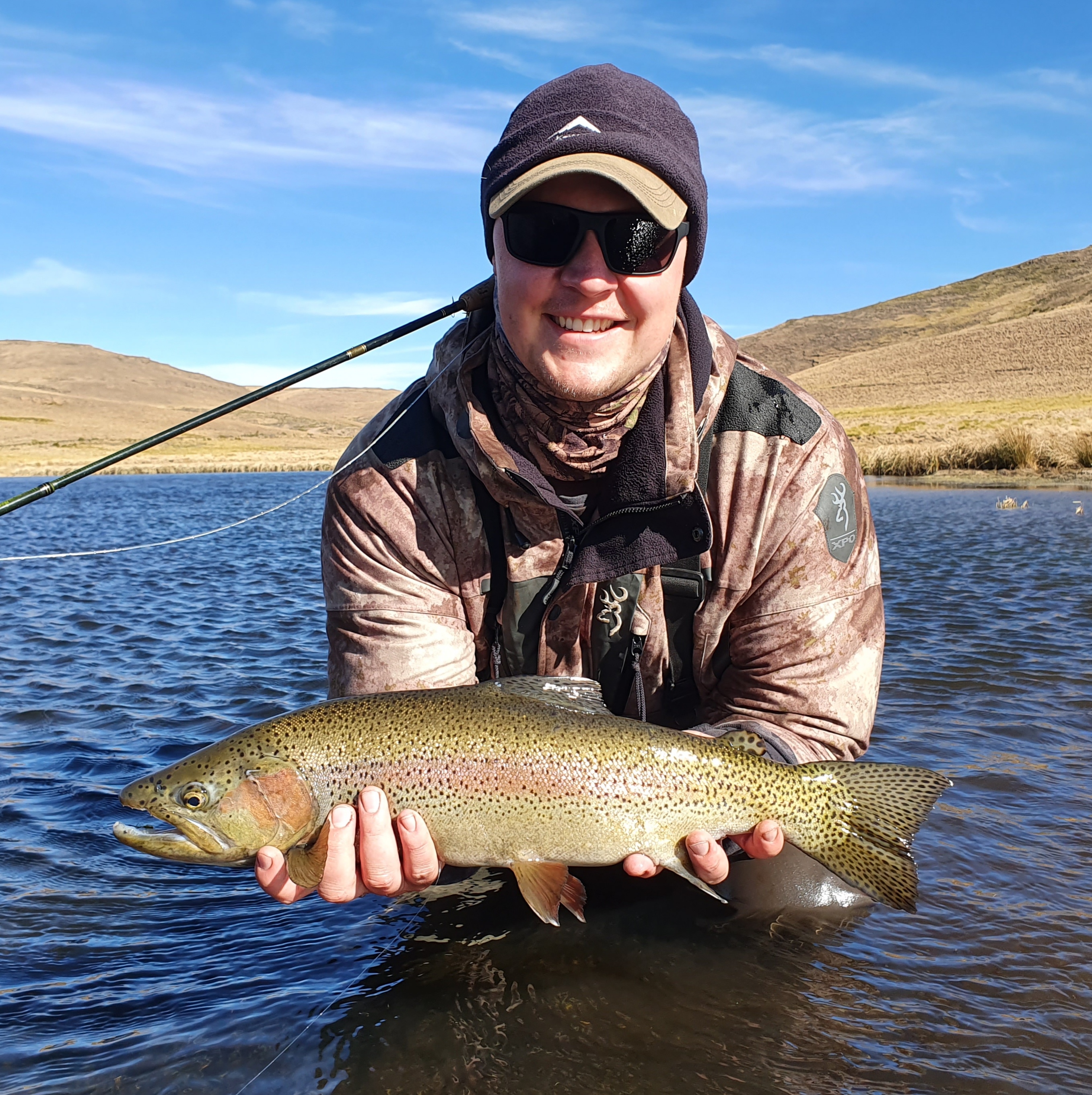 Where is this? Looks very much like some of the stretches on the North Platte River in Wyoming!

WAB said:
Where is this? Looks very much like some of the stretches on the North Platte River in Wyoming!
Click to expand...

The true destination is a well guarded secret but what I can tell you is we are hunting right along the borders of the Lesotho mountain range! Possibly the highest point to hunt and fish in South Africa! Snow is expected there every year which is quite a sight to see especially in South Africa.

In Scotland the trouble is that when grouse are in season the days are already shortening. We would allow you to bag the cook after sunset. Due to seasons you are limited to between 12 August and 30 September. Cooks are in season all year.
You must log in or register to reply here.

H
Hencoop
I am alive and trying to find some hard-to-find reloading dies in .475 #2 (not Jeffreys)
40 minutes ago •••
J
Johnny Forbes
Hi, I’m going on a Leopard & Lion hunt, I’m taking my 338 Blaser mag loaded with 225gr Nosler Accubond moving at 2850ft/s. Will the Nosler Accubond be an excellent bullet on this leopard & lion? Thanks
Today at 11:54 AM •••
R
raamw MShort raamw wrote on MShort's profile.
I have an as new M70 right hand with standard wood of excellent graining and a winchester synthetic