Well it has been three great days here in SA.
Here is the run down so far. Day one we spent going around and seeing the land. We are looking for Impala and Worthog at this time. Put in miles walking after Worthogs that we would see when we were driving around got one look at a good Impala but by the time I got my Ruger #1 on the sticks it took off.
Day two
We started walking from camp and after a while we had three ewes crossing the trail in front of us from behind some brush. My PH put the sticks up and said get ready there is good ram following them. The ram grunted at us four or give times and then steped out from behind the brush and he said I needed to shoot him. I got double lungs and it only went about 60 yards and piled up. Pictures and sending back to camp to get caped and we set out on foot to look for a Worthog . We didn't get back in a the truck for about 4 hours and then took a break for lunch. The afternoon was about the same with out seeing a Worthog that wasn't doing 90 in the opposite direction.
Day 3.
Last night the owner told us of a ace we hadn't been yet that there was a big Worthog no one has been able to get. Let's call him the grandfather of all worthogs in the area. We went on first thing in the morning and after a while we ousted him out of some deep grass. Spent the rest of the morning looking for him with no luck.
After breaking for lunch my PH thought we should leave the area alone and come back before sundown. Time passed with no luck in other places and we got back at about 5:00. As we were driving by a water tank that had water spilled to give the animals in the area a water hole we saw him and a femail going towards the water. We parked a ways off and the god of PH's said it might be better to not push the long grass again and just set up by the waterhole. About 10 yard in the long grass we saw a femail going through the grass and then the glimmer of white tusks behind her. They went buy us standing by some down trees and the femail came out and headed to the water in an opening. When she made it to the water her stuck his head out of the grass and my PH said shoot!!! But he turned and headed towards the water. As he was getting farther away from me I decided to take the shot, a large blast and then a thud I looked at my PH and said did it look good he said you hit him. We got to the place where he was and there was a bunch of meat and fur but not muck blood. We followed the trail into the grass and large spots of blood started to appear. We followed the blood for about 80 to 100 yards and we saw him standing behind a small bush. I was told to put another one in him through the bush and I did double lung ans he roled over legs up. Then I was told that is one of the biggest ones I. The area. Here are a couple pictures that were taken withy phone. 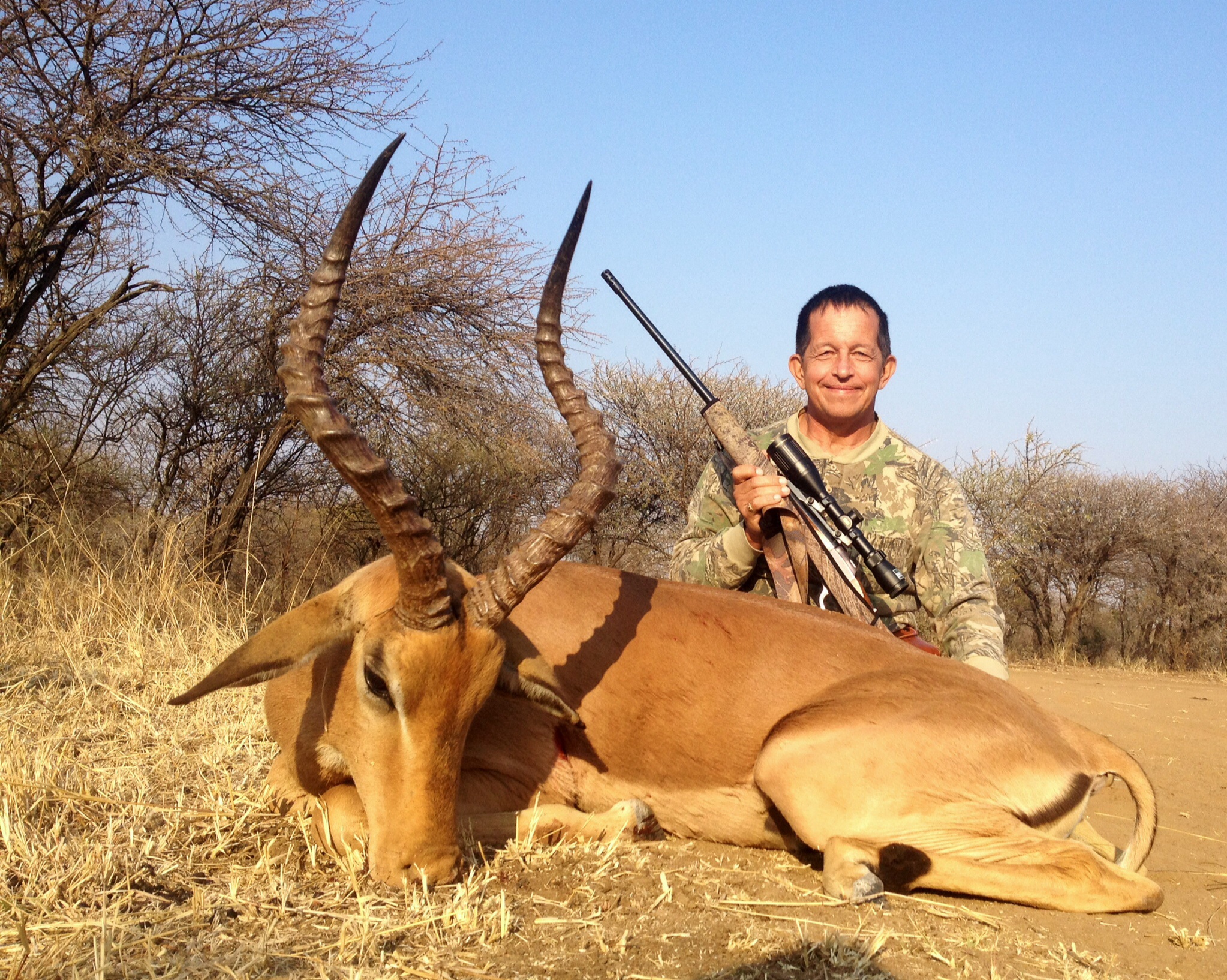 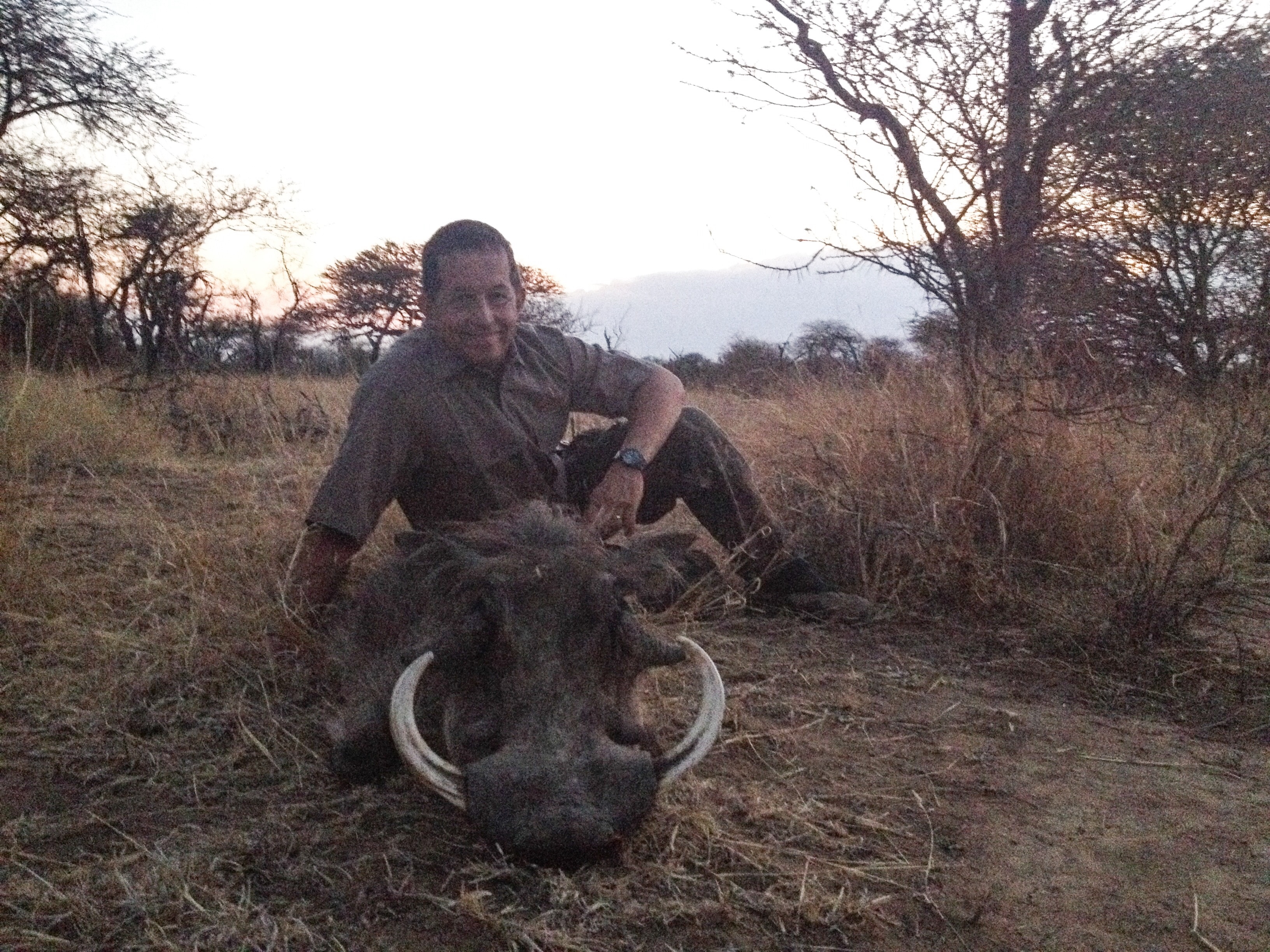 Nice! Thanks for sharing the experience with us.

Great job. Have a great trip and good hunting.

Thanks for the post, great hog, makes me jealous!
Bowhunter addict

Very nice warthog...... so that's what a big one looks like....Hmmmmmm Grats on the impala too.

dory said:
I havnt got a pig on my list for africa but if I see one like that , well , how could you not take it !
Click to expand...

That was terrific decision on your part, nice warthog!

Very nice impala and hog. Your off to a wonderful start!! Kevin

Awesome animals Congrats on your hunt!
Enjoy Life Now! It has an Expiration Date.
B

What a start to a great safari Kevin, congratulations on your success thus far. Cannot wait to hear the rest of your trip. Will be tuned in...

Last time I wrote it was day 4 and I was sitting on the patio of the concession we were hunting for red Hartebeest on at a lunch break. We covered the place on foot and in the back of the truck all day but only found a herd of about 20 with only two young bulls in it.
The highlife of the day was coming across the Gemsbuck that had been wounded several days earlier. My PH saw him laying under some trees. We approach him and he had his head laying back. My PH saw there was a wound on one of his front legs that was infected with maggots. He told me I had to shoot him.
It jumped up Went about 30 feet layer down looked at us and dropped over. We marked the place so they could find him and continued hunting.

Forgot the most important part I must be still asleep.
Pictures!! 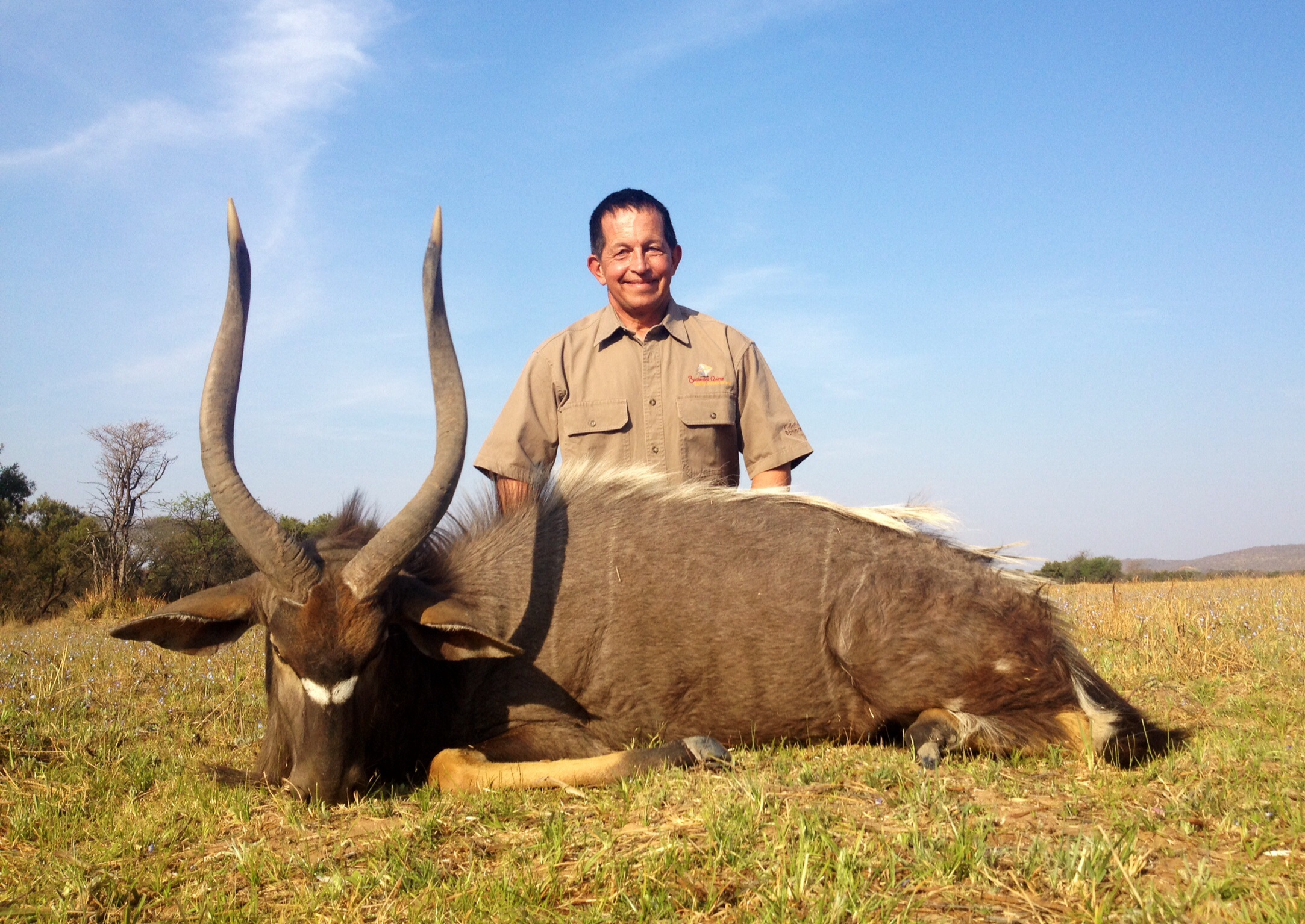 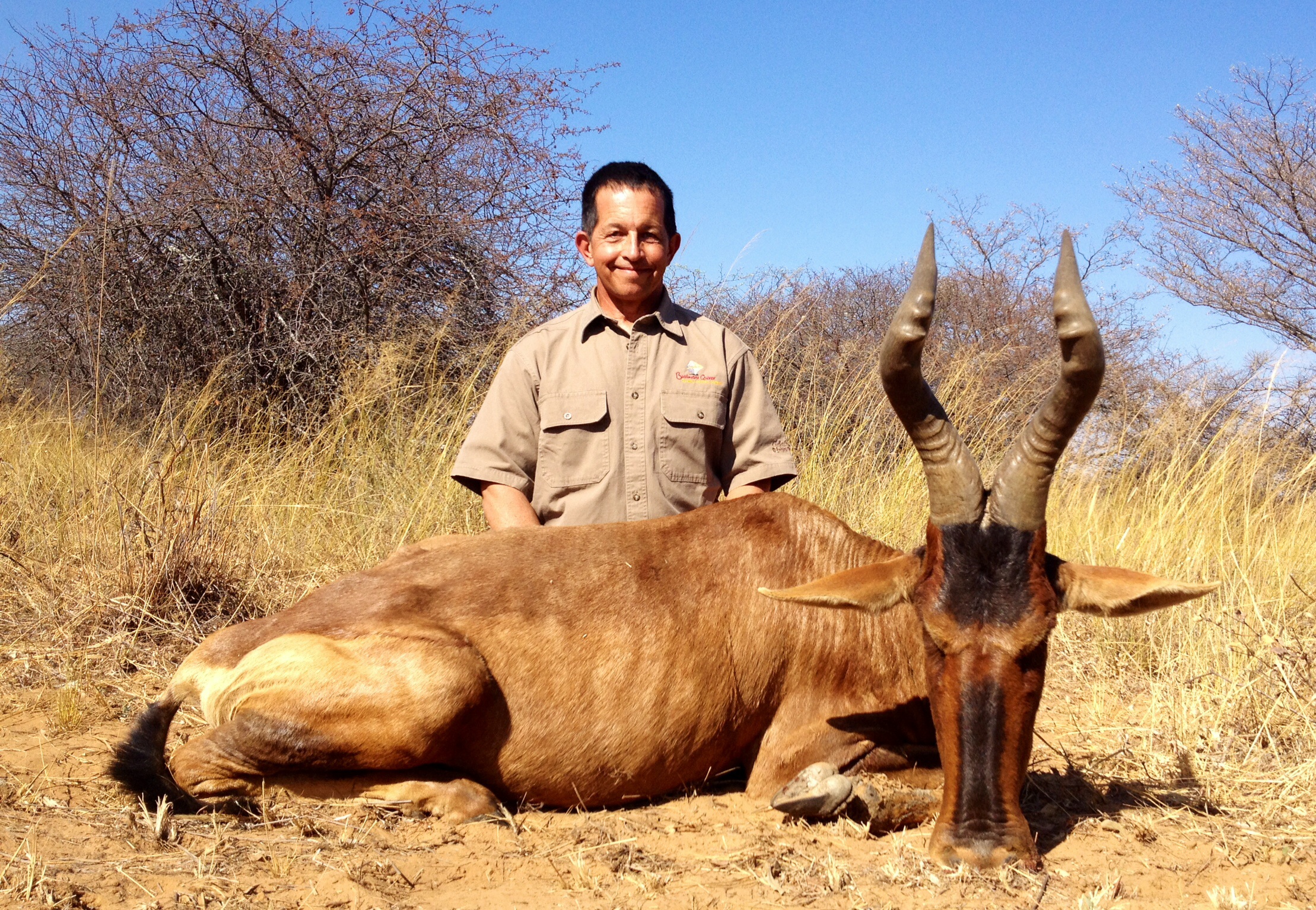 Now you are talking Tom.

Those are good Nyala and Cape/Red hartebeest.

Having a good time it appears to be...

Very nice trophies Tom!!!!
You must log in or register to reply here.