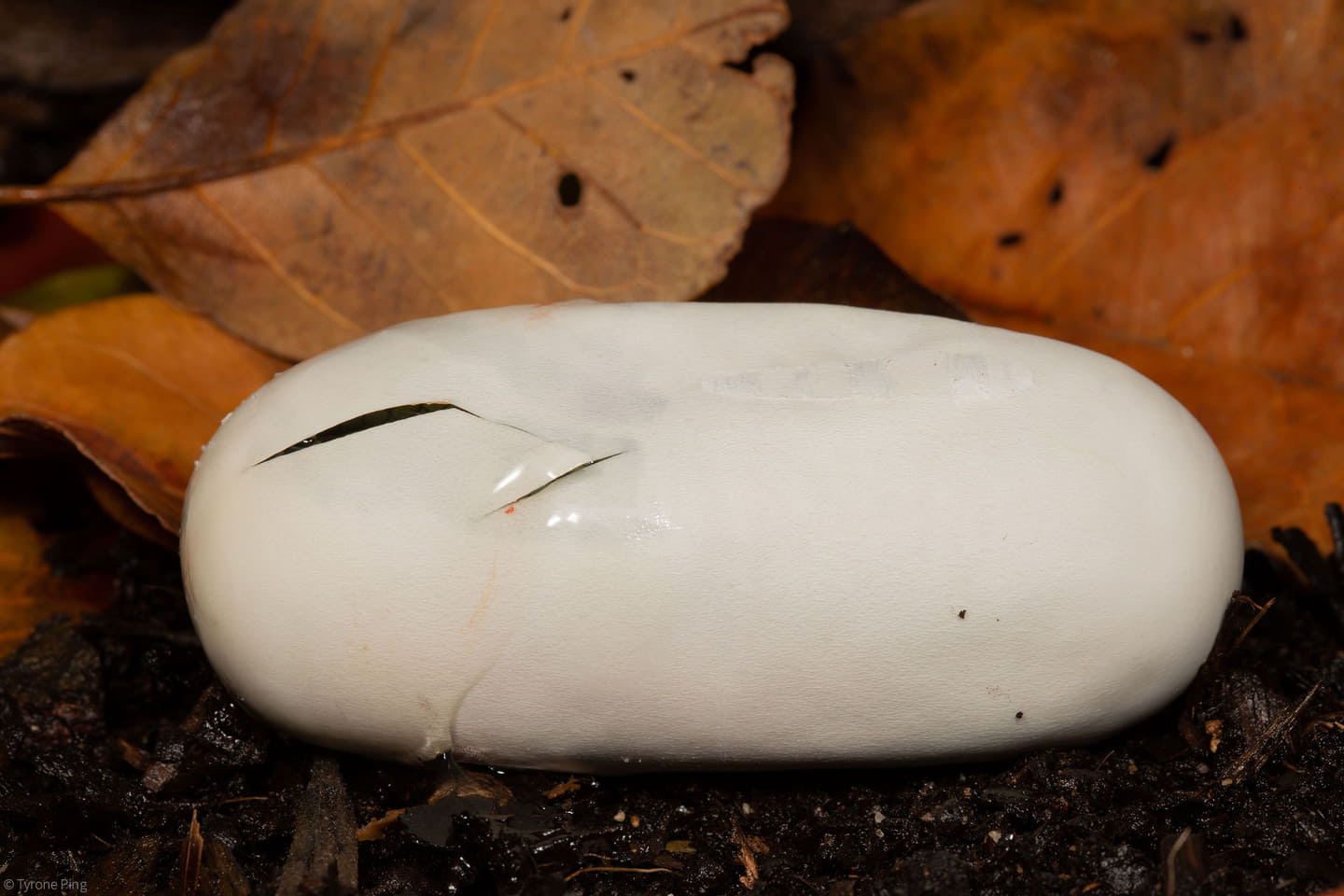 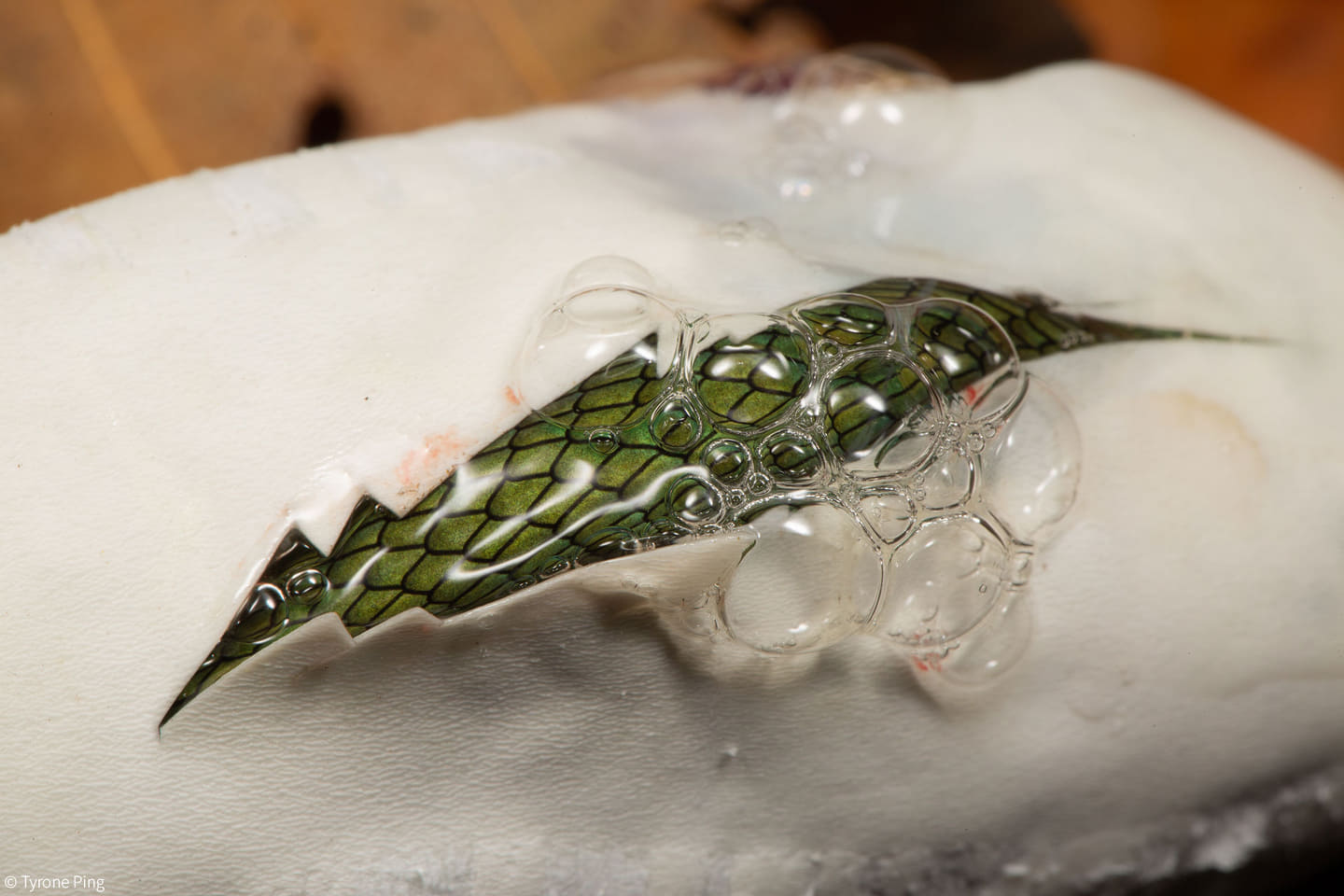 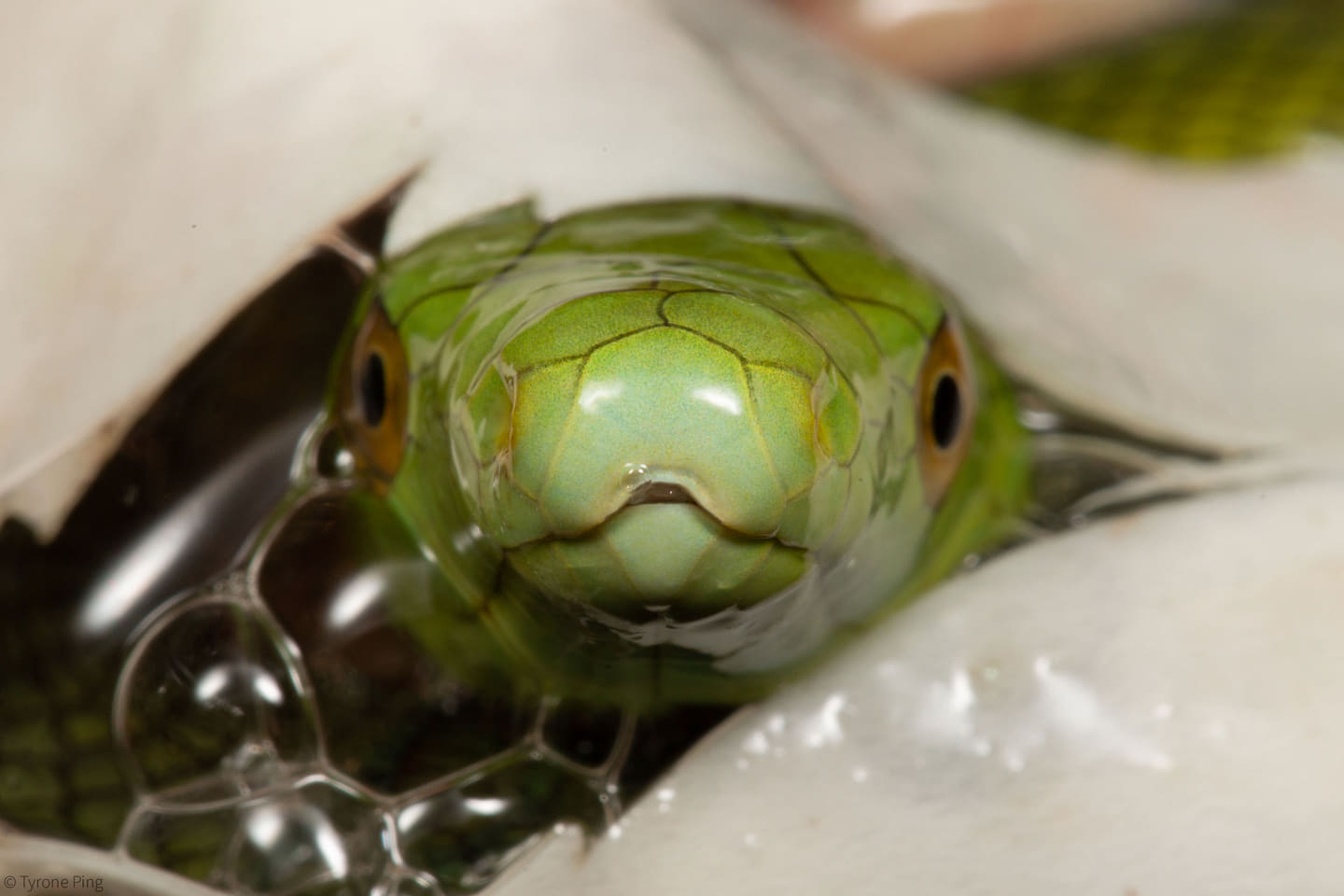 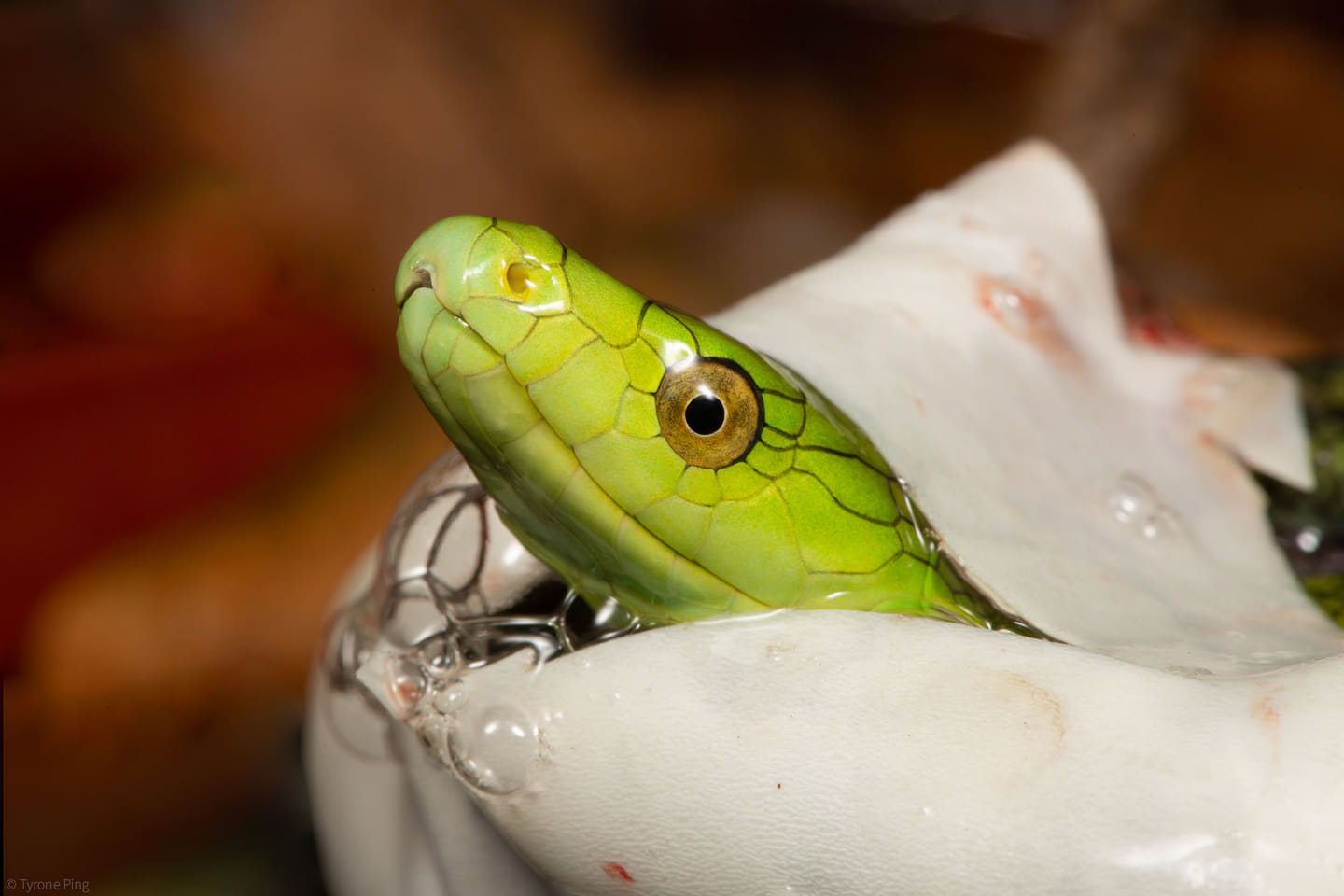 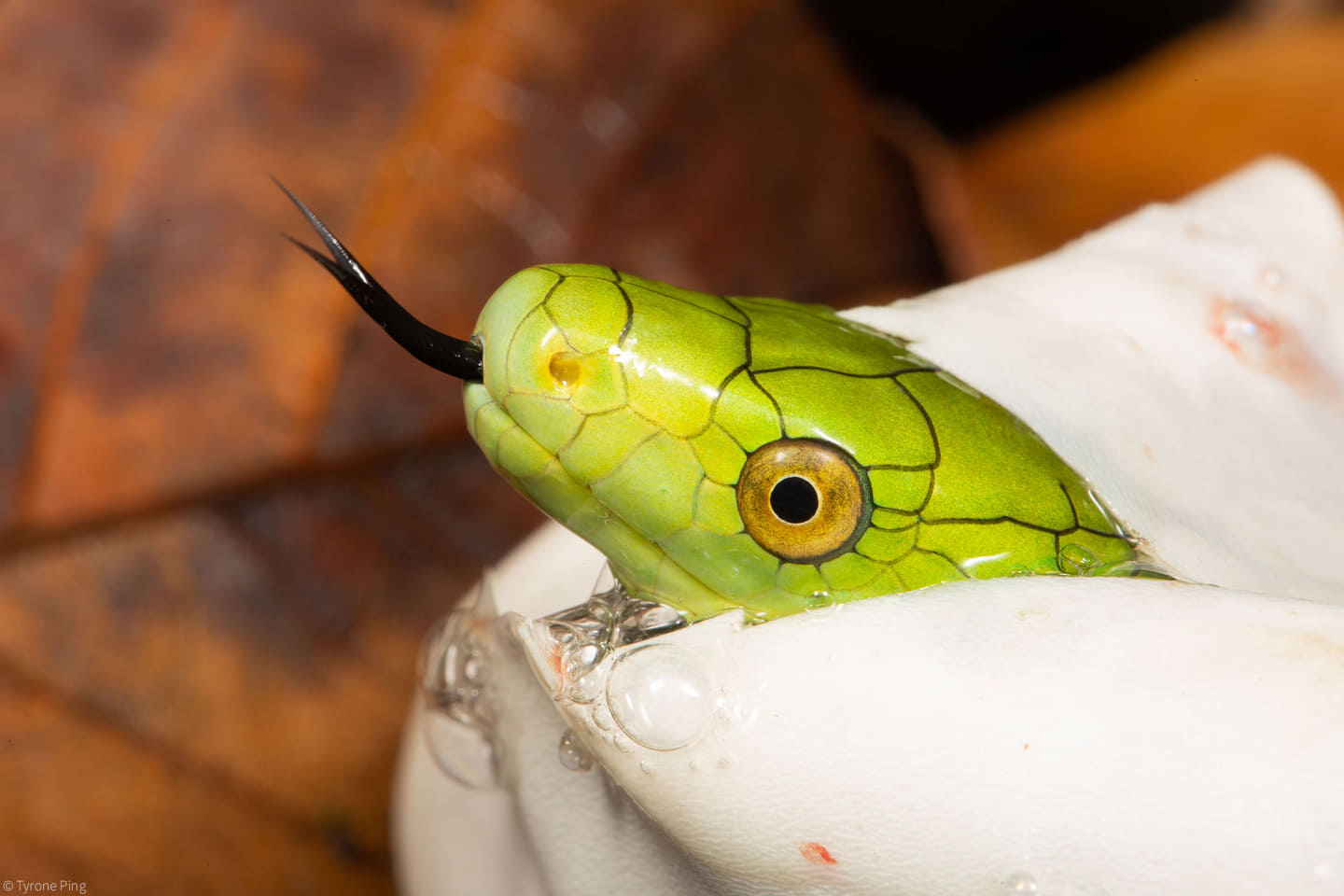 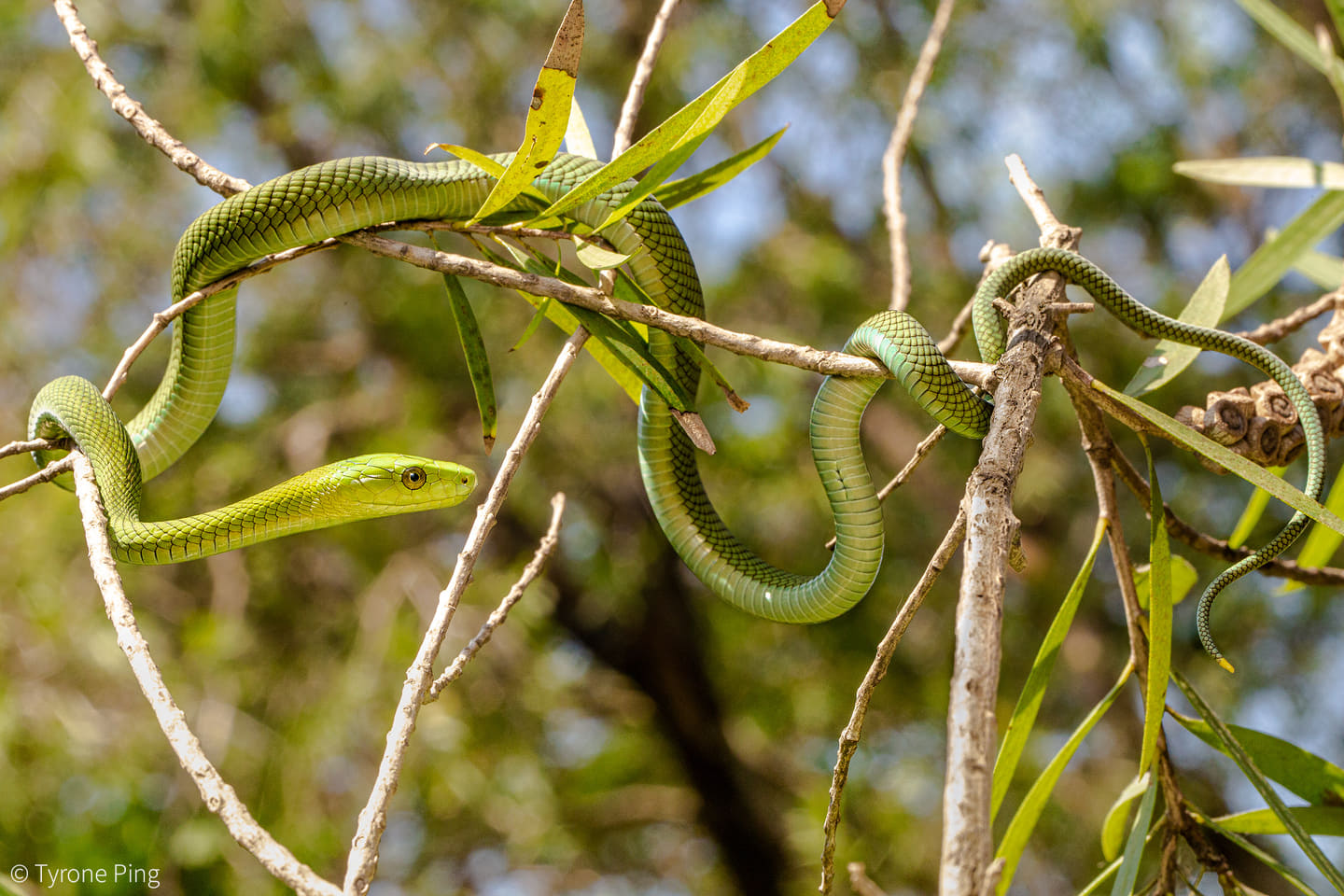 i walked up on this rattle snake while turkey hunting , it was laying on the path all coiled up. no rattle, but it was not to warm yet. after taking a few pictures i left him as he was. i don,t kill snakes unless they are where the children play around home or at camp. 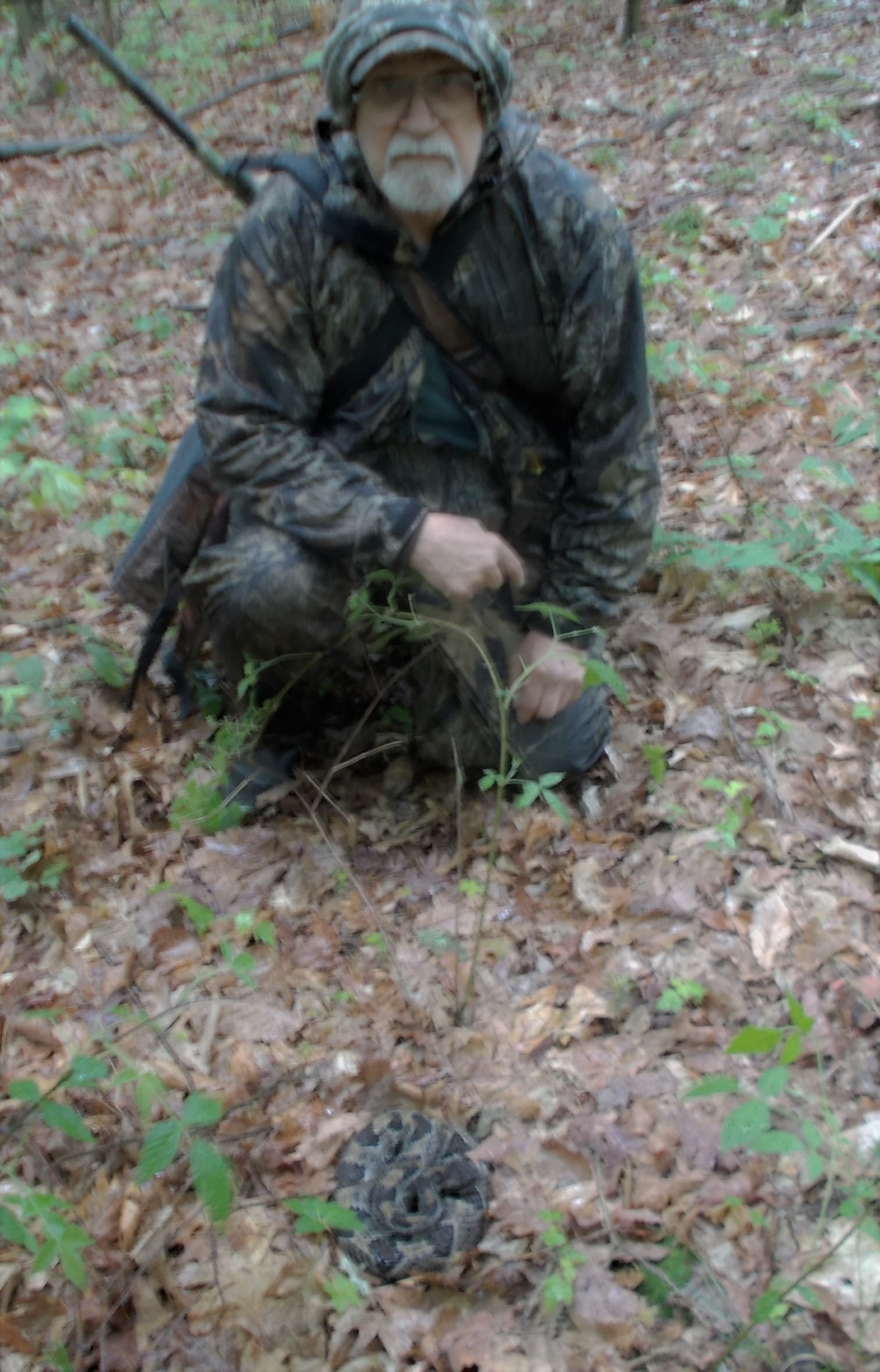 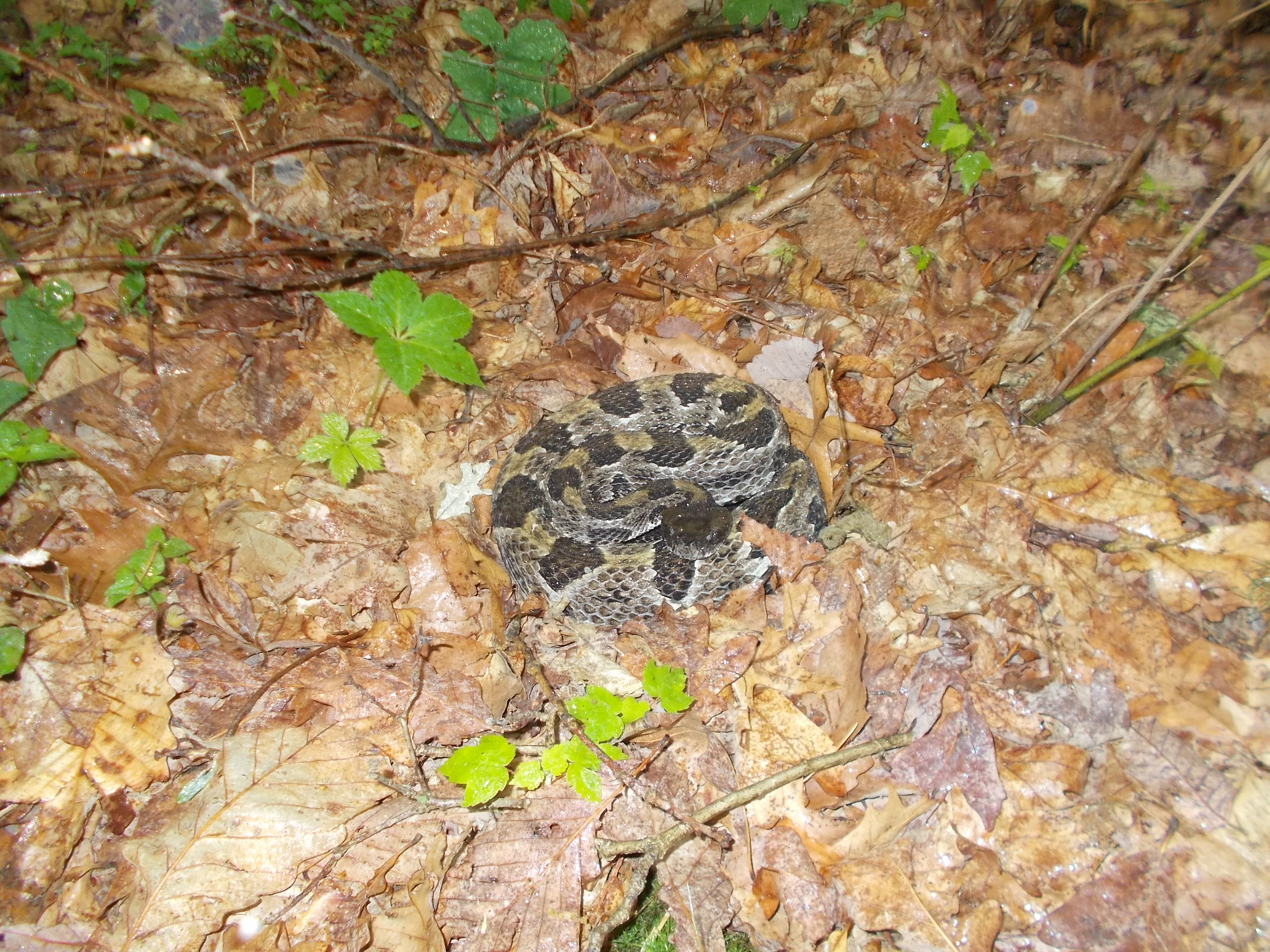 Last edited by a moderator: Jun 14, 2020
Willem Pretorius--Kingdom of Bahrain

well there would need to be a change of underwear needed and it would not be the snake.

Newly-hatched green mamba is cute. More grown up green mamba draped in a tree like Spanish moss is considerably less so. But still very pretty.
"I suddenly remembered my Charlemagne: 'Let my armies be the rocks, and the trees, and the birds in the sky.'"

WebleyGreene455 said:
Newly-hatched green mamba is cute. More grown up green mamba draped in a tree like Spanish moss is considerably less so. But still very pretty.
Click to expand... 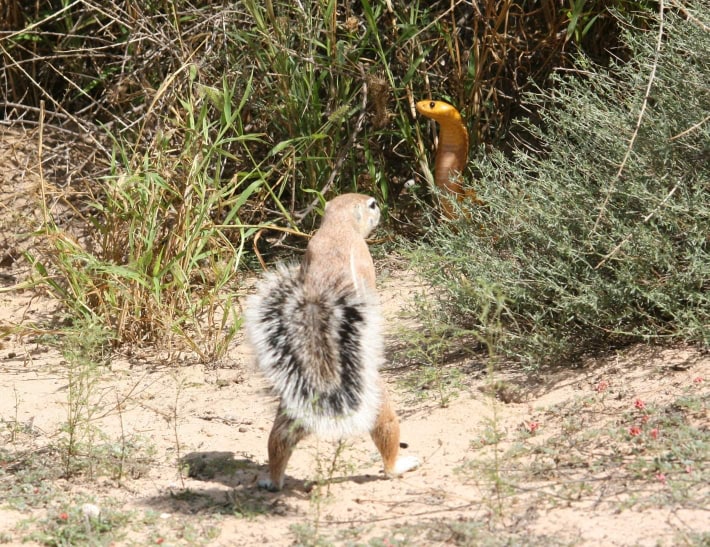 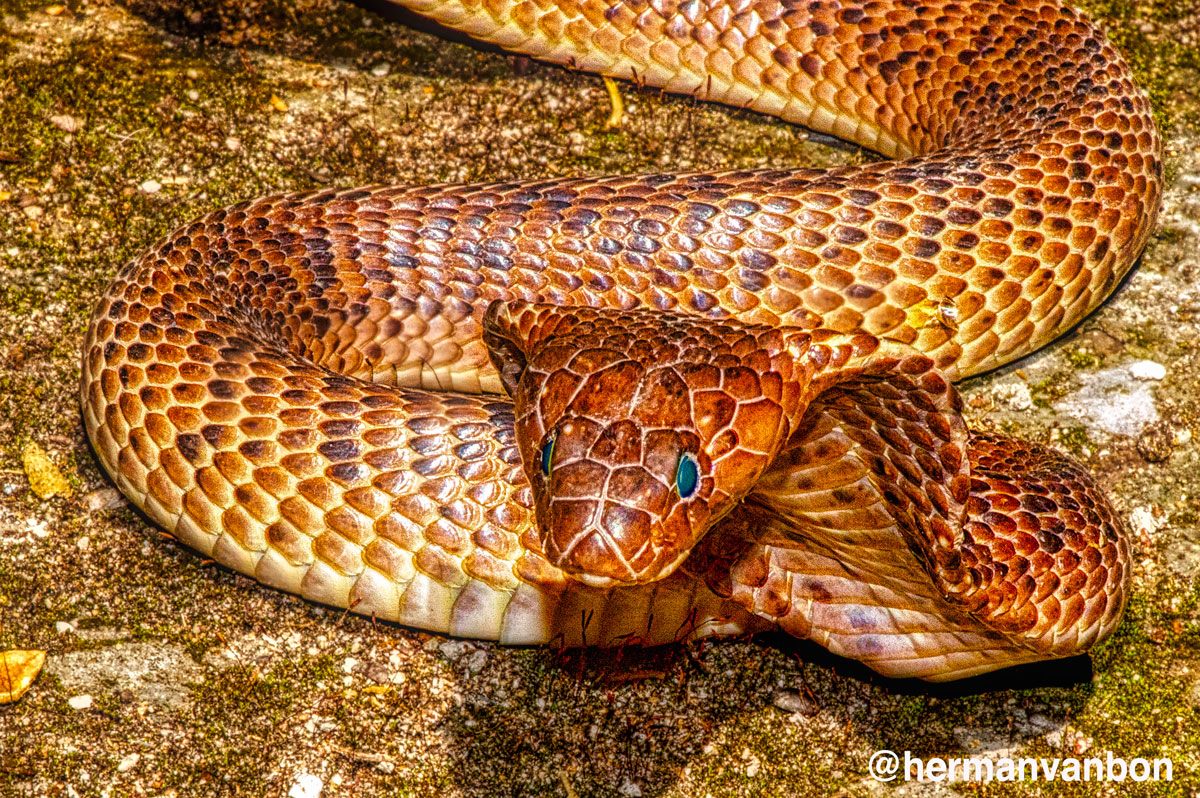 I do hope the bed sheets already come in brown...
Dark brown that is!!!! 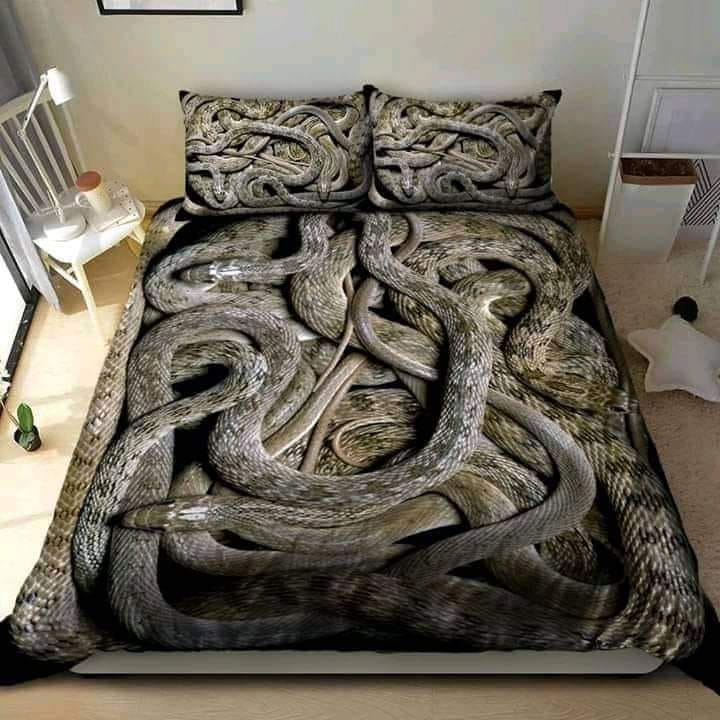 Yesterday afternoon, in Reservoir Hills (Durban), a family were in the kitchen going about their day, when they suddenly heard a noise at the front door. They looked up, and saw a massive Black Mamba entering the house. I'd imagine this is a worst nightmare for many people.
The mamba slithered in their direction, probably without realizing they were there. I get the feeling something scared it inside, from the outside, so it may have been a little panicked.
Anyway, the gentleman inside, stressing big time, picked up a chair to defend himself and his family (not that the mamba would have attacked, but I completely understand his thinking).
His scare tactic worked. The mamba raised its head off the ground a bit, flaring a narrow hood.
The gentleman later told me he considered killing it, but he knew that would be a very dangerous idea. He chose the right option not to, because he could well have been bitten, as he feared.
Seeing the people and the raised chair, the frightened mamba turned left, into the passageway, apparently still raising itself off the ground. This would be it's way of saying, "Stay back, I will defend myself if need be". Luckily for the snake, the family were certainly not approaching.
As it moved down the passage, amidst their panic, the family realized there was a child in the bath, in the bathroom on the passageway. I think the door was open. Before they could react, the mamba thankfully cruised past the open door.
If it went in, it would not have attacked. However if the child jumped out and ran past, the snake may have struck out in fear, being in close proximity to the human.
The mamba went into a bedroom, and the family shut the door behind it.
Upon arrival, as I approached the bedrom door, I could hear the snake moving on the floor. It sounded big.
I opened the door, and sprawled out across the wooden floor, was this massive Black Mamba! It was such a weird, crazy sight, I just had to take a Pic. Of course, the mamba saw me, freaked out, and dashed under the bed.
I managed to pull it out while it was moving from under the bed, and going under a cabinet. It was a bit tricky on the slippery floor, and being a powerful beast, but otherwise not too difficult a catch.
It's a very impressive sized snake! The team at Dangerous Creatures (Ushaka Sea World) helped me collect data this morning. 2.72m, 2.85kg! Super healthy snake.
I'd rather have this as an intruder, even though it's a highly venomous snake, than an armed human intruder. At least a snake does not want to harm you.
One must remember that, this snake was more terrified than the family was. If it wasn't, and they were the evil monsters that they are often made out to be, it would have bitten and killed at least one resident. 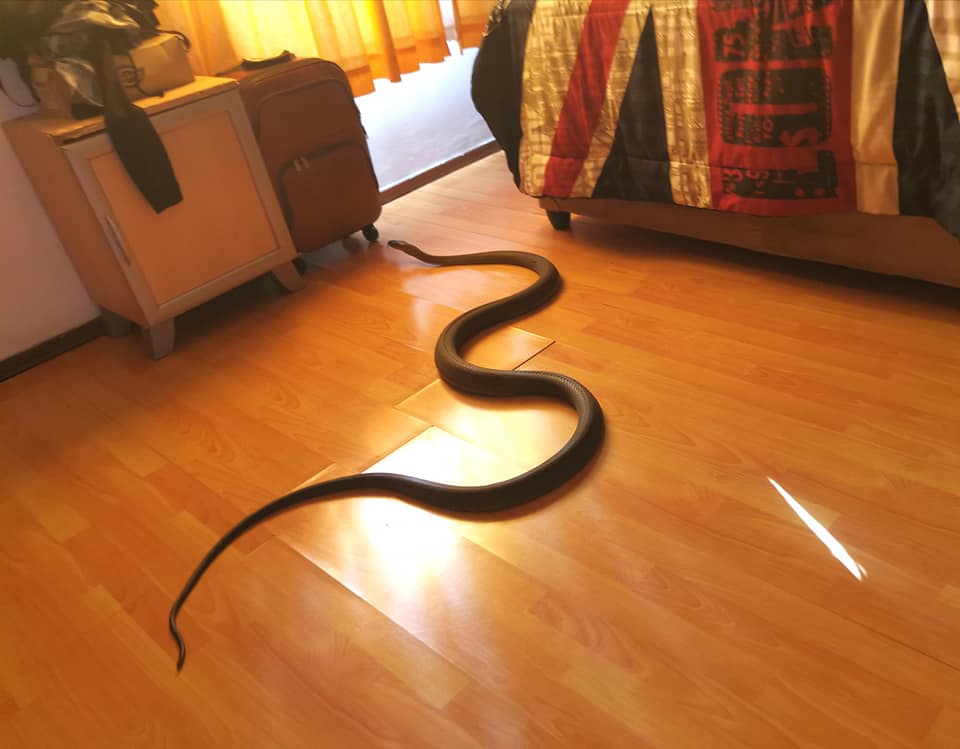 That is one big uninvited house guest. Glad all turned out well, with no one getting hurt.

As soon as I can get things caught up on, just returning to the US. I'll post the mamba dance, falling down is optional. My tracker in Zimbabwe taught our hunting party this dance as he just about stepped on /over a black mamba early one morning while we hunted cape buff.
Last edited by a moderator: May 30, 2021

I liked your armed human comparison with the snake-spot on

Firebird said:
I liked your armed human comparison with the snake-spot on
Click to expand...

Agreed, but in my home they both die!

my cure for two-four legged and crawing intruders. 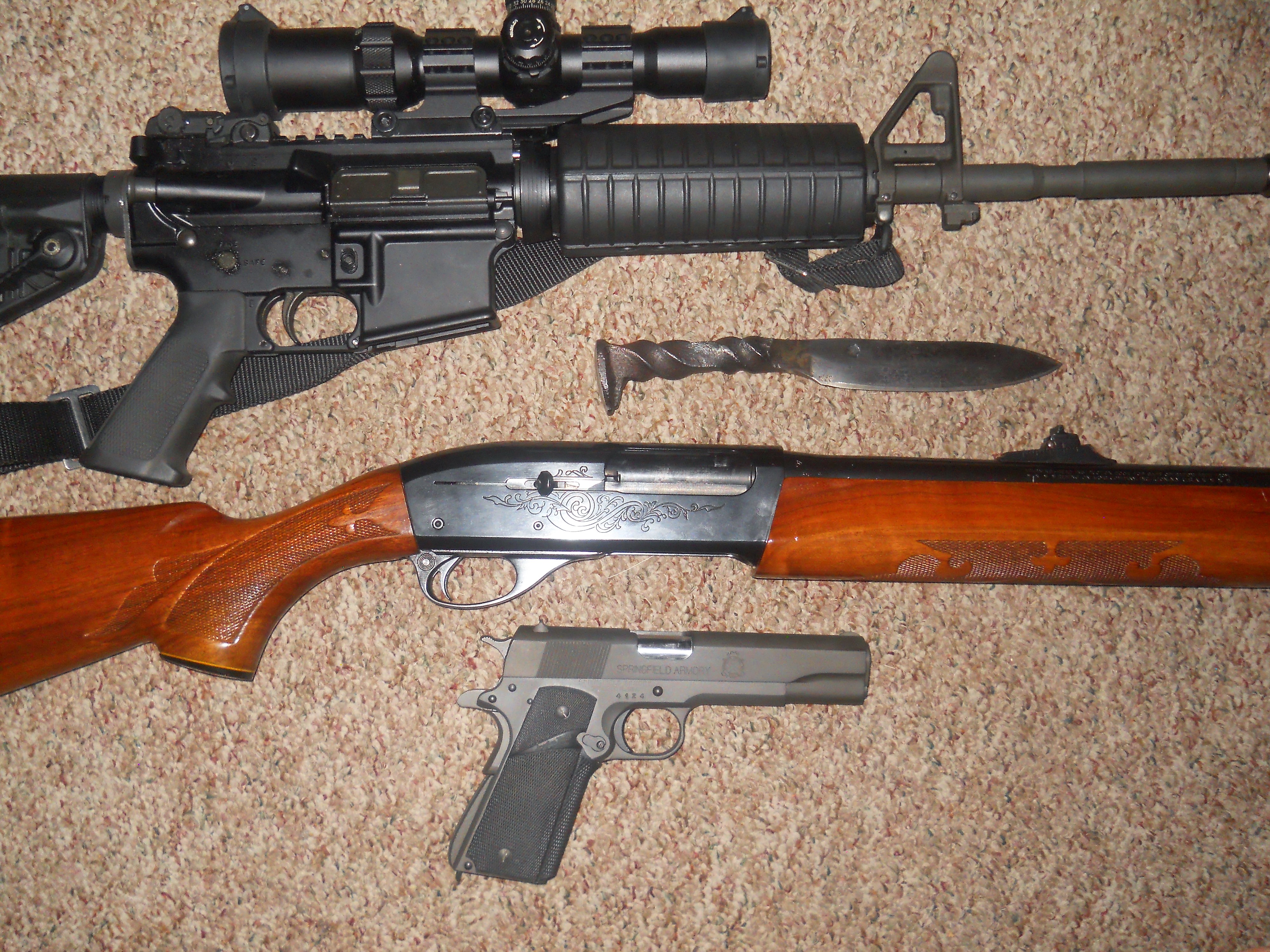