Earlier this year I was bait fishing for Black Bream in the Maribyrnong River, Victoria, Australia.

I was catching a few under size Black Bream on light gear, they are excellent fighters, when I hooked a larger fish which appeared to be going crazy, fighting differently.

I immediately assumed that it may be another species, but lo and behold, I landed 2 Black Bream on the one hook. 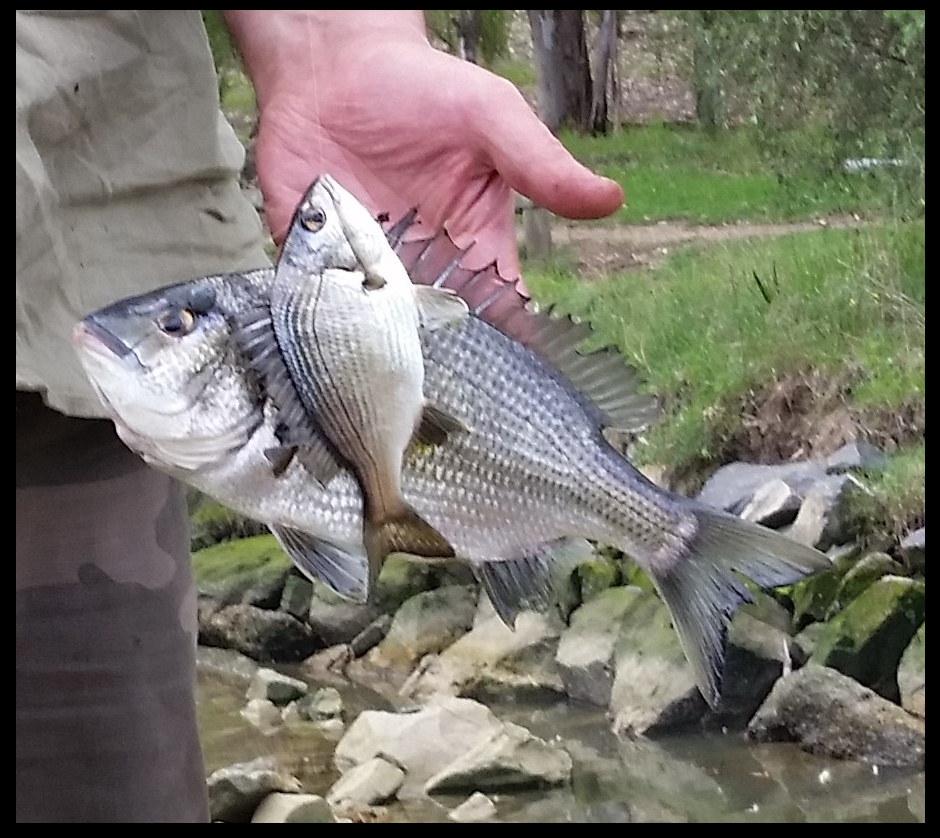 A further inspection revealed that I had only hooked the smaller fish in the jaw, which in turn, lassoed the fishing line around a larger fish. The line had dug behind the larger fishes dorsal fin, and around it's pectoral fins and had a hell of a shock when it realized what had occurred.

I have hooked two fish in the mouth, with the same hook in the past, but to lasso a fish, that's something different.

Both fish have been released to safely swim away.

Can’t say I’ve seen that before!

Wonderful! My father did something similar once with two Canadian northern pike. Aggressive fish get themselves in trouble.

That is certainly novel. Congratulations on landing them both.

Longwalker said:
Wonderful! My father did something similar once with two Canadian northern pike. Aggressive fish get themselves in trouble.
Click to expand...

I will need to add that to my bucket list

Tight Lines
Rob
You must log in or register to reply here.