Shoot what you want, it’s your hunt, your memory’s. No one can truly tell you what you should do as Every event shall be different.IMO there is no such thing as too much gun for PG only too much gun for the shooter, so if you shoot the 416 Rigby well........

Luvthunt said:
Shoot what you want, it’s your hunt, your memory’s. No one can truly tell you what you should do as Every event shall be different.IMO there is no such thing as too much gun for PG only too much gun for the shooter, so if you shoot the 416 Rigby well........
Click to expand...

What I don't like about this sort of statement is it implies the old use a big caliber if your man enough nonsense. A .416 is a less than optimal choice for a lot of plains game - particularly on a plains game only hunt - particularly in a lot of southern Africa where the Hartman or kudu may be on the next ridge, and the duiker or steinbock at fifty feet. So, to return to the OP's original question back in 2018, in some cases, for a number of reasons, it is not the best choice. I believe it is a particularly unwise choice for someone going on their first hunt to Africa. (An assumption, because most who have been there a bit wouldn't ask the question).

But as others have noted, it's your money and your hunt, and if you want to show up for PG with such a rifle have at it. The PH will never roll his eyes where you can see him.
"We sleep soundly in our beds because rough men stand ready in the night to visit violence on those who would do us harm" American Novelist - W. Churchill

Yes, and No. So much depends upon the situation. If it is the only firearm you are taking and there is only plains game on your wish list then, Yes. If there are DG on your agenda or if you're hunting in an area where they may be encountered and they may pose a threat to your life, keeping in mind that they are called DG for a reason, then, No. In 2018 I took my 416 Rigby because my only targeted species was Cape Buffalo in an area where other DG were free ranging and unfortunately a PH hunting in the area was killed by a Cape Buffalo only three weeks prior, may God rest his soul. But a week after taking the buffalo my PH, like a good used car salesman, talked me into plains game. A giraffe and sable were taken. The giraffe was a challenge (my shooting, not the rifle) and the sable was shot at 100 meters, one shot through the heart with no appreciable damage to any meat. He dropped stone dead on the spot. I used 400 grain Swift A Frames on both the giraffe and sable and highly recommend them. I would consider both to be categorized as plains game, on the larger side. Keep in mind that the 416 can also be used on the smallest of antelope as well. Just use solids to poke a hole through their vitals. With solids on small game keep in mind that you have to hit it through the heart otherwise because there is no expansion a hit anywhere else just puts an extra hole in the poor creature. And be very cognizant of what is behind them. A solid will travel a long way if used on a small animal. Know your backdrop. Going to Africa, what a dilemma. Happy hunting. As far as the recoil, never felt it when I was hunting. And the price of ammo, well you're shooting a classic. In the big picture it's rather minor.

Red Leg said:
I like a rifle proportioned to the game I hunt. I wouldn't take a .416 out after whitetail anymore than I care to take one after springbuck. Can it do the job? Of course. But not ideally. So why do so? And the old "beware the man..." adage about the old farmer in coveralls with his trusty, silvered SxS is probably not entirely apropos to a bunch of guys with gun safes and trips to Africa on the horizon.
Click to expand...

I don't believe the man with one gun has had the same meaning in quite some time. Unless it's chambered in something like .22 or some sort of volume shootable centerfire, I doubt today's user has experienced the recoil cycles to be the master of a particular rifle. In my opinion this comes around the 1000 round mark. The familiarity can be maintained with a certain loyalty to that one gun, but those of us who have a deep safe have no hope. During a work up for a Safari and in the course of firing those rounds he's better off with that one gun than something that's been riding the safe for a while.

With all the no zero loss mounts out there and if you can truly shoot that one gun well for both short and long distance applications, take one gun and a few scopes and have a ball. Just try not to get too fancy with your zeroes that you get confused in the moment and jack something up.

On a recent safari to Tanzania I took my .416 Rigby and .270 Win. I'm glad I took both. I carried my .416 mostly, because we were after buffalo, but there seemed to be game everywhere and a couple of opportunities for PG came up.

I shot this reedbuck with the .416 while stalking buffalo. He was standing behind a clump of grass but I found a hole and had confidence the .400 gr Swift A-Frame would find it's mark. It did. I wouldn't have taken that shot with the .270.

I also used the .416 for my zebra; he only ran a few yards then collapsed. Sure, a well placed shot from the .270 would have done it, but in this instance the .416 seemed the perfect choice.

However, after we had the buffalo in the salt, I started carrying the .270 more often. I used it for both my oribi and impala (both shot at greater than 100 yards). I recall the .270 was an absolute delight to shoot after wielding around the .416 for several days! 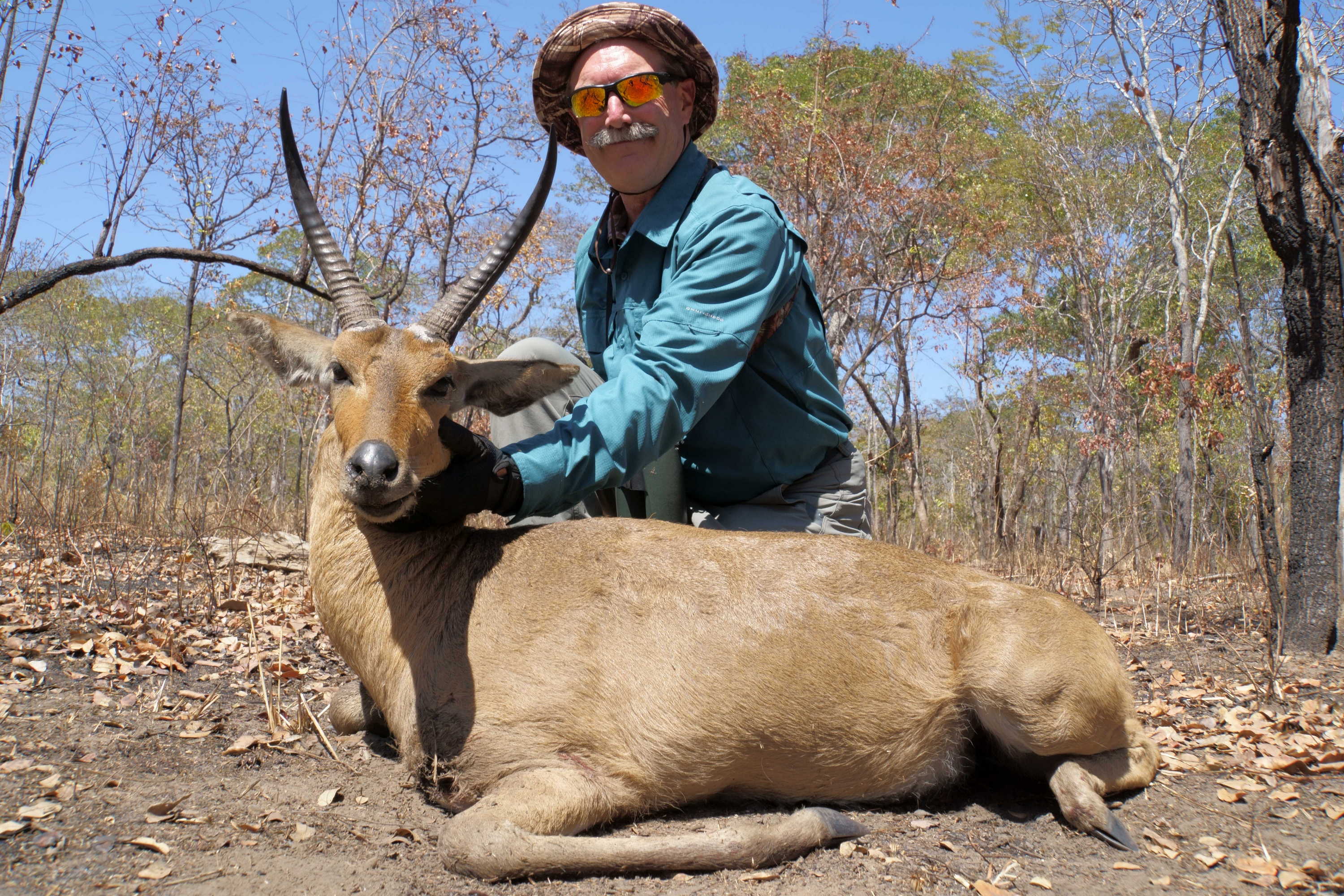 To each his own. Shoot what you are good with. For a mix bag, the 416 may be the way to go. Pick the load for the game and go for it.

North American 36 said:
Hello just wondering if the .416 Rigby would be overkill for plains game?
Click to expand...

That was the question that was asked and that can be answered neutrally.

You can certainly shoot with an big bore rifle PG and that without problems if only this rifle is available.

Who hunts DG and occasionally shoot PG , has often only one big bore rifle with him. So my case , and that's why I shot a lot of my PG with big bore rifles , mostly with the rifles caliber 460 WBY Magnum or 500 Schüler , and the full charge. One is surely overgunned for this purpose , but anyone who has mastered such scoped rifles can use it to shoot PG accurate and if necessary at long range. It is not an overkill.
You must log in or register to reply here.

J
primers for the 416 Rigby