Your avatar and user name

My avatar is one of the more challenging hunts I done 14 days and took the leopard the morning I was leaving Louis camps and my username is nickname from my grandpa as when we hunted or fished growing up in the swamps of FLorida I always wanted the bigun be it a frog, bass or deer lol. So everytime he walk across our pasture and call me from house time to hunt a bigun so it just stuck over years, my friends call me bigun

My user name is my name, s and e are first and middle initials. My pic is my first kudu over 50 inches after 3 tries.

I suppose mine speaks for itself

The "Vinny" part came from my nickname at work. Many years ago I grew my hair long (in a profession where short hair is the expected norm) to protest some administrative policies. The guys said I looked like a "gangsta". As I still needed to keep it neat with grease and a ponytail; they tagged me Vinny. The "Mbogo" I chose in tribute to my very first safari in Tanzania. "Mbogo" and "Inyati" are both used to describe buffalo in Ki-Swahili. By the way, a 17 day buffalo safari in Loliondo was only $9895 US back in '88! The sunrise was just a cool picture I took in the North West Province last fall while hunting with Hartzview Safaris.
R

I was thinking about this thread, and just realized by posting this how REAL the people are on AH.....
By showing there real name !!!!!!! and pictures......

Mine is easy as it's me with my Cape Buffalo skull taken in 2014. First initial and last name.......that way I can remember.

robertq said:
I was thinking about this thread, and just realized by posting this how REAL the people are on AH.....
By showing there real name !!!!!!! and pictures......
Click to expand...

now robert are you sure they are REAL PEOPLE

My user name is pretty self explanatory. My avatar is me posing for a picture along the Madison river in Montana. One of my passions is Fly Fishing for trout.

I don't have many good pictures of myself.

My username is a nod to our miniature Schnauzer, Grauvolk Bruno von Gruff and my avatar is him with my wife and I.
The most important part of my life is family so a family portrait is my avatar until and unless I get to hunt Africa and have a Sable to show 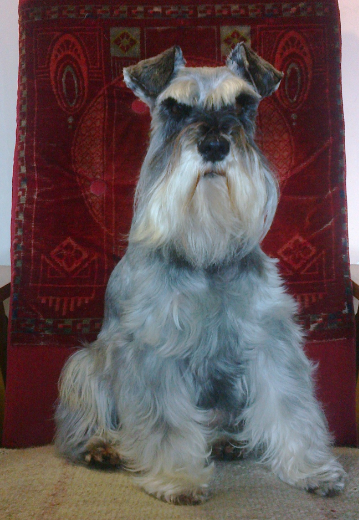 My user name is my first email address and my Avatar is a reindeer that I harvested on Saint George Island, Alaska. I lived on the small island in the Bering Sea for 3.5 years and hunted them for food on a regular basis.

huntermn15 said:
My user name is my first email address and my Avatar is a reindeer that I harvested on Saint George Island, Alaska. I lived on the small island in the Bering Sea for 3.5 years and hunted them for food on a regular basis.
Click to expand...

I bet santa and his good wife mary christmas , had the shits with ya
THE HUNTER; The person that pays over 90% of the cost for the presavation and maintance of wildlife and gets zero credit for it ................

My user name was a gift from an English teacher back in high school, first 4 letters of my last name is Dobb so the rest fit, as for my avatar, many years ago i was on a hunting forum and a great guy from Georgia was also there, very talented and good person. He created the little hillbilly. Well he passed away too young and left a young family, so i did some digging around found some of his art work and decided to use it as my avatar as a reminder
RIP "Devo"

Im from the UK so hence 'UKHunter', however, over here we call it stalking instead of hunting. 'UKStalker' might give people the wrong idea though

UKHunter said:
Im from the UK so hence 'UKHunter', however, over here we call it stalking instead of hunting. 'UKStalker' might give people the wrong idea though
Click to expand...

Culture is an interesting thing.

Interesting question, thanks for posting it.

Since being blessed to have hunted buffalo, (albeit only one time so far), I chose it to be my Avatar because I am not positive that I will be able to hunt them again (not getting any younger - and for that matter, any wealthier either).
For my screen name I originally chose "Aardvark" because that is what I have been called since the first grade (my last name is Ard) but, it was rejected due to already having been taken by some other member here.

So, I cast about and settled on Velo Dog, because I am shade tree firearms enthusiast and although the "Velo Dog" revolver was a historically insignificant firearm but nonetheless of interest to some armature collectors like myself.
It seemed to be the opposite of anything pertaining to hunting in Africa and so humorous, even though only in a weak humor sort of way.

"Velo Dog" is the nickname of a tiny revolver, once popular in Europe, for shooting mean dogs that chased people who liked to ride bicycles and "Velocipede - Anti Dog" or something like that was the whole name.
Some people also depended on it to ward off human criminals as well although I am happy to say that I would not ever have staked my wretched life on such a puny weapon.

Generally speaking, I do not use my real name here very much because I have been stalked before and although, I am not one to be rattled by criminals and / ex-wife, etc, I do worry about my family some of which are not as proficient with a .45 as I am, (especially my dog, he doesn't even have opposable thumbs and therefore does not usually carry a pistol).

Velo Dog said:
(especially my dog, he doesn't even have opposable thumbs and therefore does not usually carry a pistol).
Click to expand...

Glad you noticed that wording.
You never know about my dog, after all his name is Theodore Roosevelt (and lately he has resumed digging The Panama Canal in my back yard, unfortunately).

His dog carries the backup for him

Name for a new wildcat cartridge
2 3

S
Your Tax Dollars at Work!