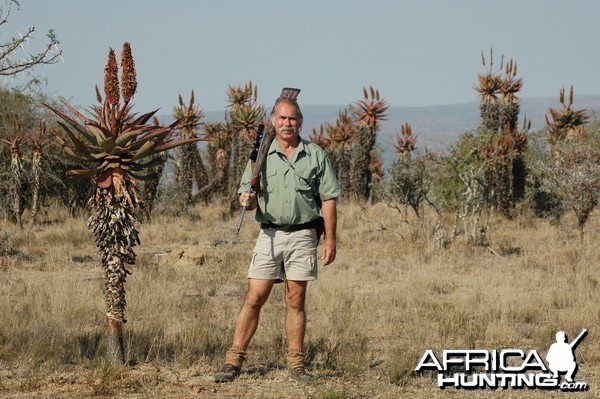 We aren’t opposed at all to trophy hunting and wholeheartedly support the proactive, science-based, in-situ management of plant and animal populations and the sustainable consumptive use of surplus stocks, but oppose canned hunting where animals are specifically bred for hunting outside of natural systems.

• Canned hunting detracts from the principle that activities which involve the sustainable consumptive use of natural resources should be based on the management of the renewability of such natural resources. Therefore, the management of such “canned” species has no incentive for the future conservation of such species, nor their required natural habitats.
• Incentives for canned hunting are not based on the well being of the species and thus generated income doesn’t benefit conservation.
• Canned hunting negates the principle of “fair chase” which is the fundamental basis for the hunt.

Trophy hunting is defined as “a specific form of wildlife use that involves payment for a hunting experience and the acquisition of a trophy by the hunter”. WWF recognises the diversity of cultural attitudes and opinions with regards to trophy hunting. Trophy hunting occurs and ultimately, it is up to local communities and their local and national governments, to determine how they use their natural resources to benefit people, species and habitats.

Many countries utilise trophy hunting as a wildlife conservation and management tool within the broader framework of sustainable use programmes. When improperly managed, trophy hunting can have serious detrimental impacts on wildlife. Thus, in some circumstances, WWF provides scientific and technical advice to relevant stakeholders (e.g. government and local authorities, local communities and private landowners), to improve the management of such programmes, to assist them in providing benefits to species populations and/or habitats, and local communities.

WWF acknowledges that trophy hunting, where it is scientifically based and properly managed, has been proven to be an effective conservation and management tool in some countries and for certain species. That is particularly the case in areas where alternative sources of income or land use practices are unlikely to bring in much needed funds for people or wildlife, or to create sufficient incentives for conservation (as opposed to other forms of land use). In addition, there is evidence that in some areas where trophy hunting is used as one of a range of conservation tools, poaching of both the hunted species and other species in the habitat has been reduced.

However, WWF recognises that the trophy hunting of threatened species may appear at odds with their conservation, particularly those that are seen as icons of the natural world and as powerful symbols of the need for concerted action. WWF urges that for threatened or endangered species, all other conservation incentives and activities be fully explored before considering hunting them for trophies.

WWF believes that where trophy hunting is practiced, it must benefit the conservation of the species or population involved in the wild or its habitat and provide benefits for local communities as an incentive for their participation.

WWF believes that a significant portion of revenue generated from trophy hunting should be re-invested into conservation programmes. Furthermore, trophy hunting must always benefit the conservation of the species or its habitat and provide benefits for local communities.


Read the full text on the WWF website: http://www.panda.org.za/article.php?id=527

Nice to see a conservation group recognising the value of trophy hunting.

So after how much population loss to a species should hunting once again. He considered, as a last resort of course?
HUNTERS make importation bans work!

And don't take me wrong, not all bad at all, just still work to do, or clarity to add.

It will definitely take us all.
HUNTERS make importation bans work!
S

I think it is a pretty positive article, WWF needs to explain this to US F&W.

It's largely positive, not based on emotional BS.

So after how much population loss to a species should hunting once again be considered, as a last resort of course?
Click to expand...

Post fixed... I hate when I type on a phone and don't realize how many stupid mistakes I made!
HUNTERS make importation bans work!

Unable to find the full report, link is bad. The executive overview is quite favorable, but the press will never pick it up, does not fit the narrative.

I missed this when it was first shared. Wish it had been on the front page of USA Today.....maybe a few antis would read and learn

Am I the only person who caught this line, "That is particularly the case in areas where alternative sources of income or land use practices are unlikely to bring in much needed funds for people or wildlife, or to create sufficient incentives for conservation (as opposed to other forms of land use)."

Hunting is only good if there is no other option. Find another source of revenue and hunting is out. That's the way I read it. Maybe I'm missing something.
Facta non Verba

TMS said:
I think it is a pretty positive article, WWF needs to explain this to US F&W.
Click to expand...

i believe f&w already know the benefits of hunting but are controlled by the antis and there fore are going to keep siding with them until he and they are hopefully replaced with someone who cant be bought and who will be on the side of the wildlife and the hunters.
You must log in or register to reply here.