Here are some pictures of two Black-Backed Jackals taken in Namibia affected by mange... 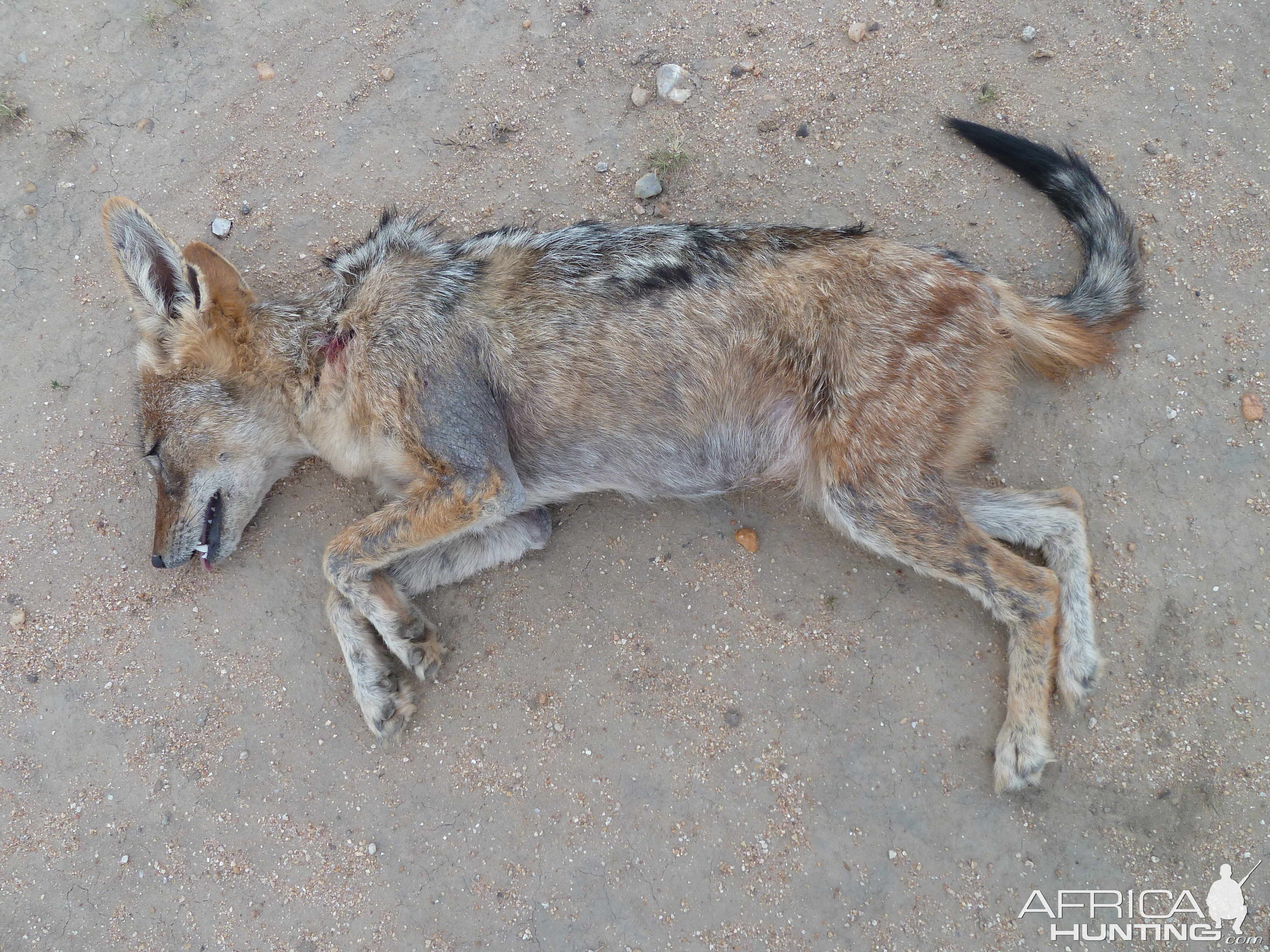 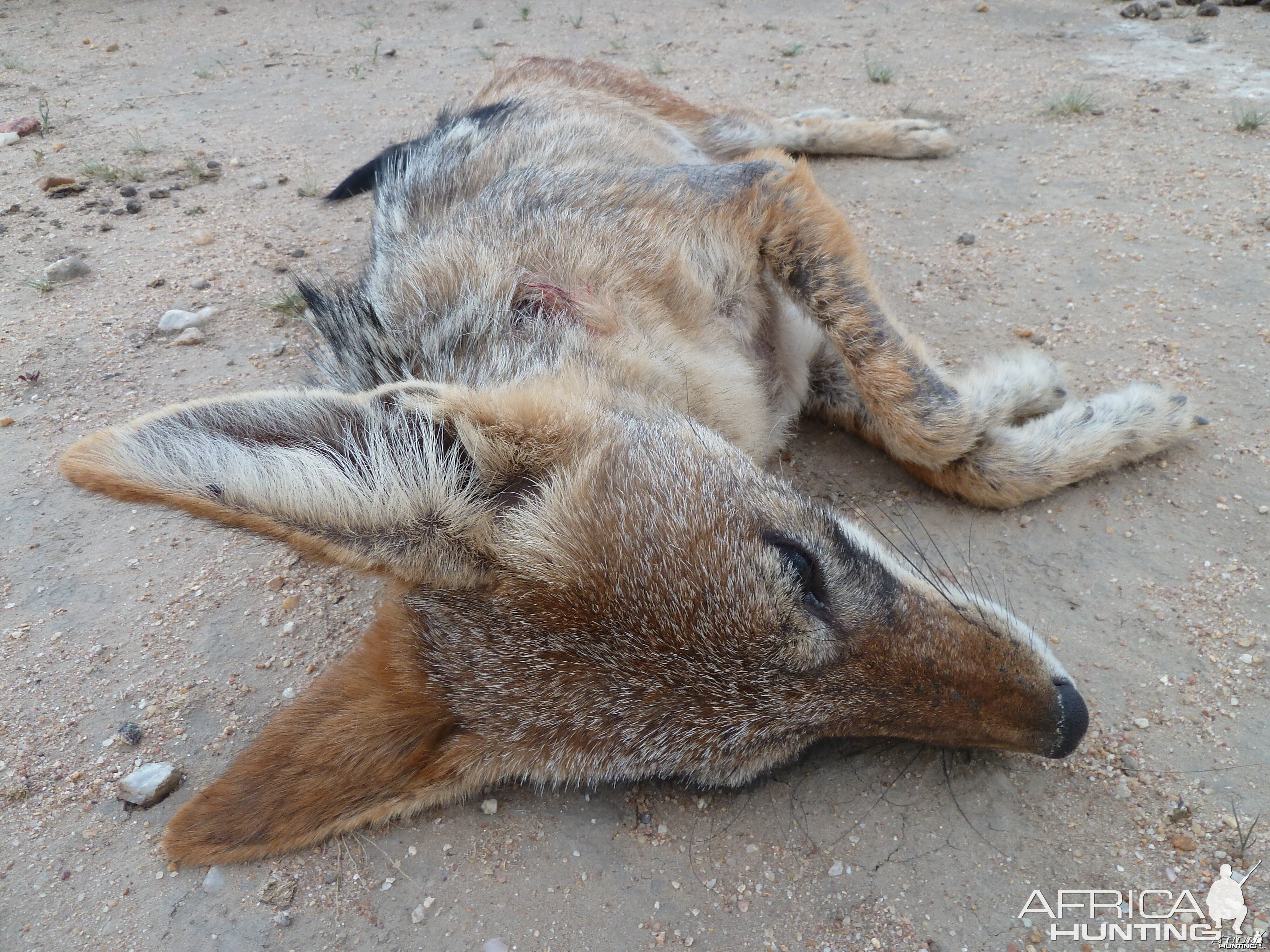 A more severe case of mange... 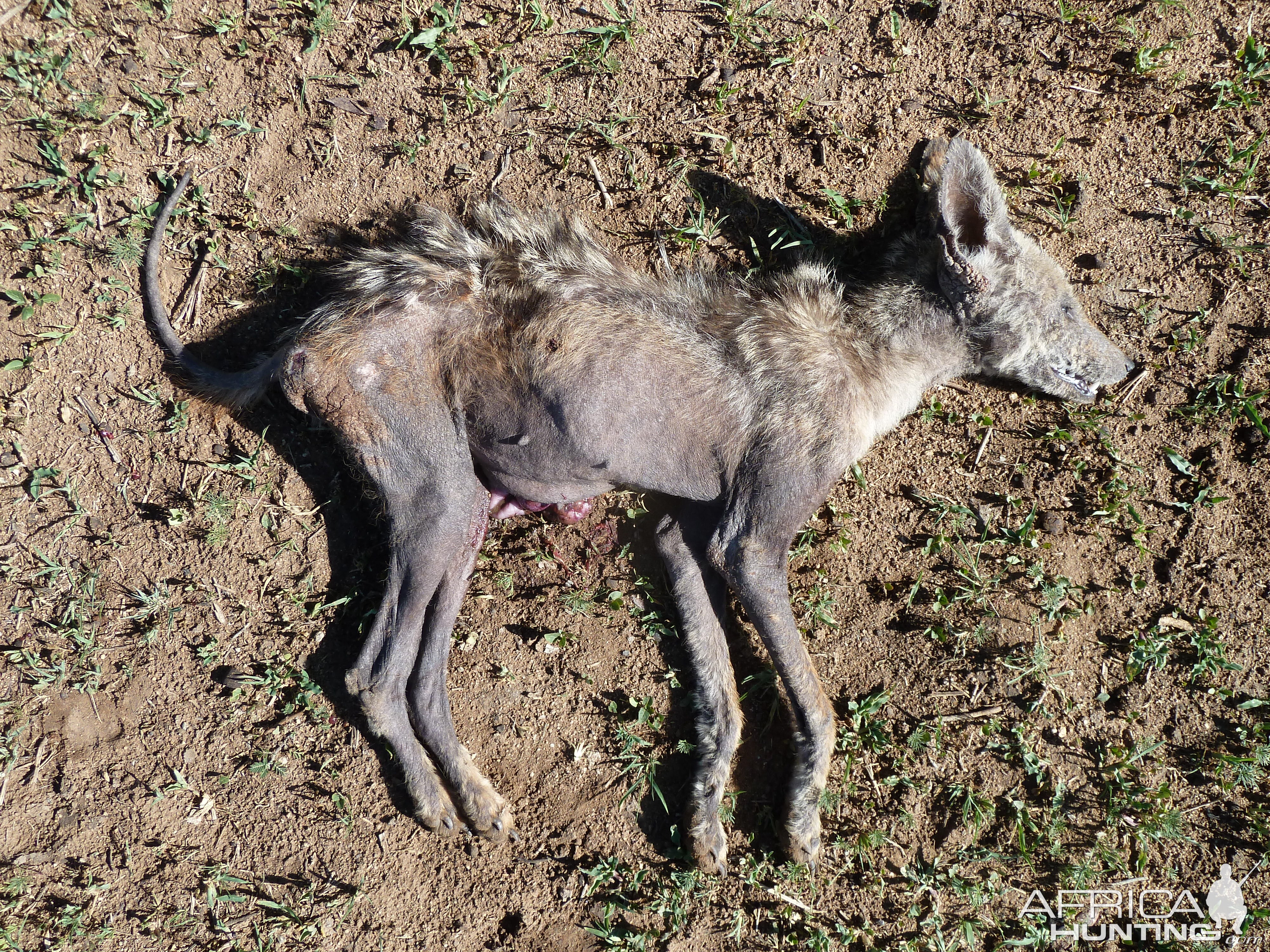 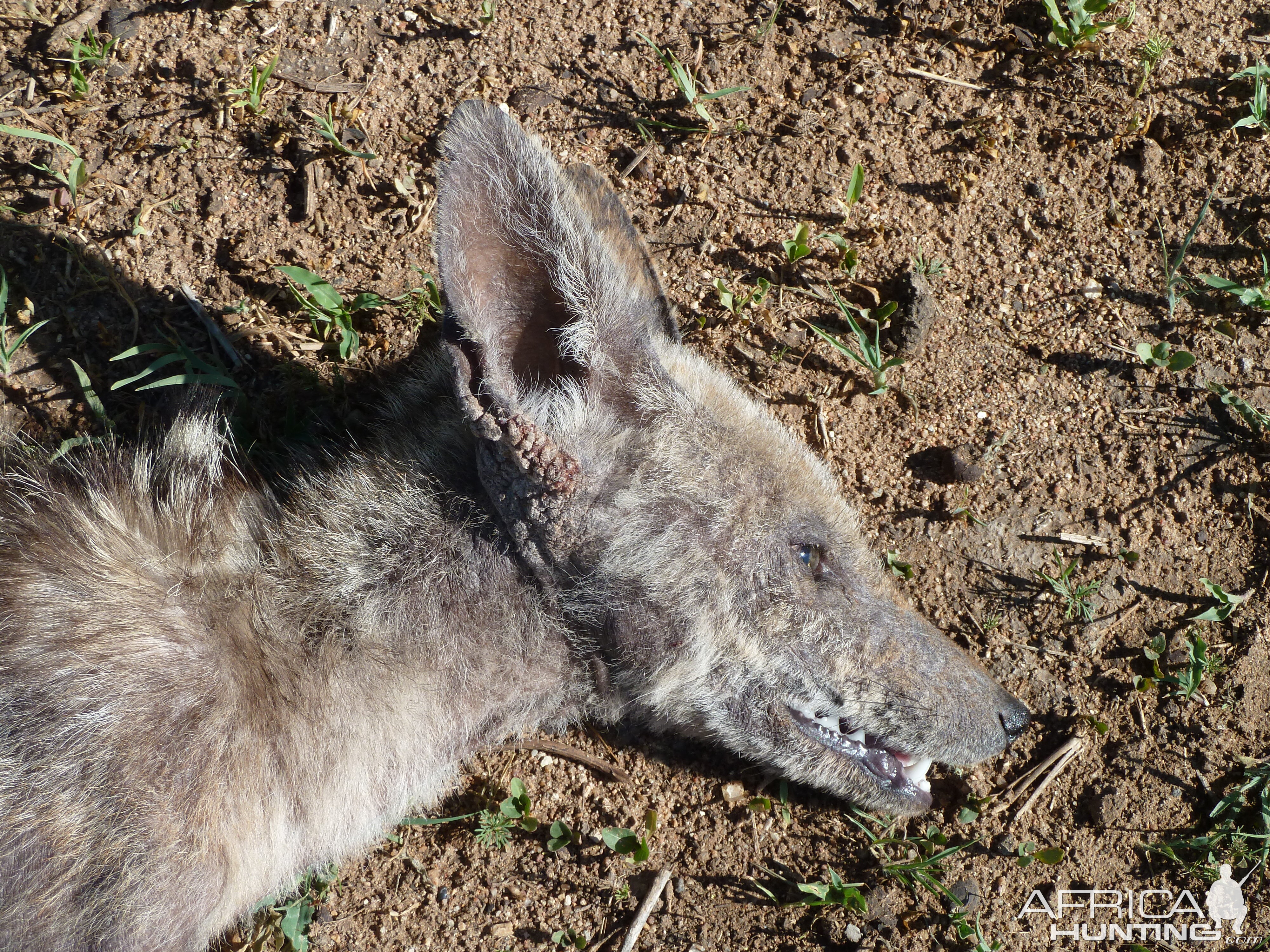 Mange is a class of persistent contagious skin diseases caused by parasitic mites. The term is sometimes reserved for the infestation of domestic animals. Another term used to describe mite infestation is acariasis. These mites embed themselves either in hair follicles or skin, depending upon their type. They generally infest domestic animals, including dogs and other canines, livestock (such as sheep scab), wild animals and even humans (such as scabies).

Two types of mites produce canine mange, and each type has characteristic symptoms.

Demodectic Mange
Also called demodicosis or Red Mange, demodectic mange in dogs is caused by a sensitivity to and overpopulation of Demodex canis as the animal's immune system is unable to keep the mites under control. There are two types of demodectic mange: localized and generalized. Localized consists of 4 spots or less. Most dogs are immune to demodectic mange, however dogs with compromised immune systems and the elderly are at a higher risk. It is not contagious to humans.

It is nature cruel way of taking care of business when we get to many animals in an area. The bugger huggers need to see this and decide if hunters don't help overall. Quick death by a bullet or a slow death from mange. Easy choice for me to pick which one is better.

We get the same here with our Coyotes. The don't last the winter normally.
"A man and a gun and a star and a beast are still ponderable in a world of imponderables." Robert C Ruark

Saw a coyote one night many years ago when I was headed home from a fishing hole in Idaho. It lookes like the jackal in the second picture, just awful. Poor thing stood in the road like it wanted me to him and put him out of his misery. I stopped just to gawk at it and after a 10-15 seconds of that he decided to go ahead move on.

I have caught red fox with it when I use to trap. Also have seen them around when the numbers just get to great for the area for them all. I am sure it is a hard way to go and a bullet would be better. It can spread to house pets if not watched if it start in an area.

One of the jackals we saw in Namibia this year had mange pretty badly.
Bowhunter addict

Foxes spread the sarco mange here and use native wombat burrows which in turn infects the wombats.They suffer terribly too.
I have shot wombats without a hair on them and they looked like skeletons too.

There is a wombat lovin` mob here that make up a small swing 'door' that is fitted onto wombat burrow openings.The flap carries a dose of cydectin. As the `bat walks through it gets a shot of the chem and it is about the best treatment out.
My dogs had sarco and I couldn't hurt it with the usual crap vet stuff so I used the cattle drench I had which was Cydectin..perfect!
Beware anyone that wants to use it as it has adverse effects on sheep dog breeds,research first.

sambarhunter said:
My dogs had sarco and I couldn't hurt it with the usual crap vet stuff so I used the cattle drench I had which was Cydectin..perfect!
Beware anyone that wants to use it as it has adverse effects on sheep dog breeds,research first.
Click to expand...

Spending some of the year at home in the UK I have come across a few cases of this with foxes. It is a nasty infliction which I think will generally will finish off an old or sick animal.

A few years ago I had left my two terriers (Border/Jack Russell X) at my Mom and Dad's place for a few days. The dogs had stayed there many times before. It was a particularly cold night.

At the time Mom, in her late seventies let the dogs out in the evening (it was winter and dark) for a pee etc. They didn't come back so she went out to see what they were up to dressed in her dressing gown and slippers. She found the dogs in the barn. One of them "Pip" was just sitting there staring at the gap between the stacked bales and the wall. The other dog "Dragon", aptly named, was between the brick wall of the barn and the hay bales and locked jaw to jaw with a fox. Both fox and dog covered in blood.

Mother, still in her slipper's shuffled off to get a pitchfork with which to deal with the matter. When she got back Dragon, with a big doggy grin and an ear hanging off, was standing over the fox he had killed and was proudly wagging his tail.

Mom who spent many years pursuing foxes on horse-back said it was one of the biggest foxes she had ever seen.

The fox was riddled with mange and had most likely come into the barn for warmth as it had about 50% of its hair left. Dragon had a trip to the vets for sewing on the ear and a few days of bathing back at home with some stuff the vet had prescribed,. None the worse for wear. He's a terrier after all.

I think mange is yet another of nature's way of dealing with the old, sick and maybe overpopulated. A nasty thing.

A rifle bullet or shotgun much better methinks (unless of course Dragon is on hand!)
L

Durangojoe
I’ll never hunt Africa, but give me please a Jack O’Connor hunt up high in the Canadian Rockies!
Yesterday at 11:50 AM •••