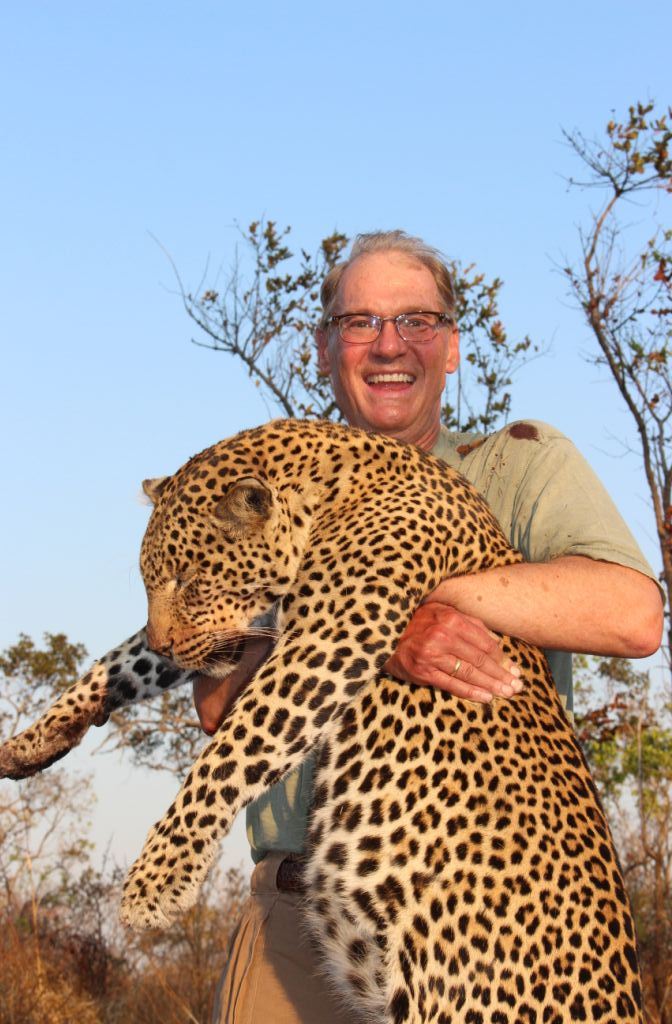 I hunted with Nathan Askew of Bullet Safaris in early September 2016. I have been on several Safaris and many leopard hunts in various countries to include: Zimbabwe, Namibia and South Africa.

This was my 8th African Leopard Hunt and my very first time to go on Safari with Nathan Askew and Bullet Safaris. This was also my first time to hunt in Tanzania. When I arrived in Tanzania Nathan's staff had everything ready. All the hunting licenses and gun paperwork was in place and I experienced a smooth transition from the Kilimanjaro International airport to the hotel to the camp – no troubles or delays!

When I arrived in the Muhesi Game Reserve Hunting Area the efforts in scouting and baiting had 4 male leopard on bait – I was the only leopard hunter in the 1,500 sq. mile wilderness area that is exclusive to Bullet Safaris (they also have 4 other hunting areas). This is a very large hunting area and a cat hunting paradise.

The First day had us checking baits and trail cameras. Nathan liked the last cat on bait the best so the team went to work preparing the area and adjusting the bait site and blind site. We completed building our blind on day two and started our sit at 3:30pm. The leopard came at 5:15 and we watched him feed in broad daylight for 15 minutes, until taking him at 5:30. 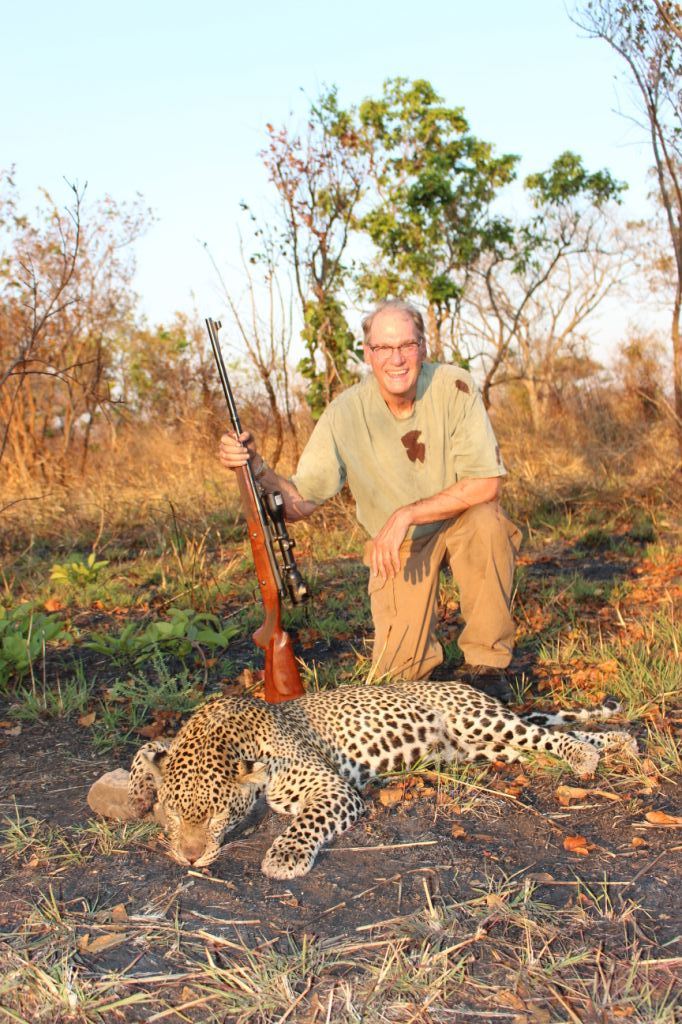 Taking a large male leopard on day 2 of a hunt is very rare! I have taken cats in my hunting adventures and the earliest was on day 5, then day 7(twice), and day 9. Three of my other cat safaris of 14 day hunts resulted in no leopard. As I said this hunt was my first hunt with Nathan’s operation and his area had more leopard activity then I have previously seen in any other locations in Africa. The area has excellent sable, buffalo and plains game of a wide variety with good trophy quality.

The rest of the hunt was also very enjoyable and I took an old Dagga Boy Buffalo in an exciting shoot out as well as a huge Sable Bull and a Warthog of extraordinary tusk size. I also took a Duiker and Oribi. We continued to hunt and run baits and look at the other cats that Nathan was scouting for his 2017 and 18 clients. This was a lot of fun. 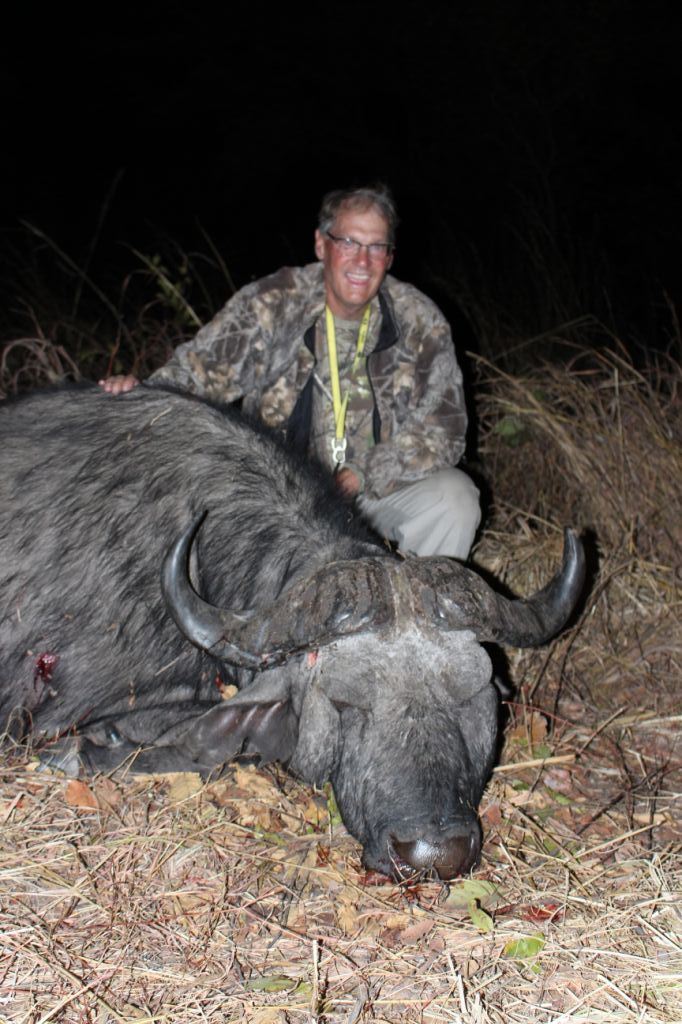 If you’re serious about a leopard, this is the hunt to go on! Nathan will be very helpful and arrange things in a way to maximize your time and success. Taking a leopard in daylight is a rare feat - Nathan can help you accomplish this. The celebration after the cat is almost as fun as taking the cat! His camps are great – good people, good food and good service. They have a lot of well maintained equipment and are well vested in their wilderness operations in Tanzania. Give yourself a gift and go on a leopard/buffalo/sable hunt with Nathan Askew and Bullet Safaris. 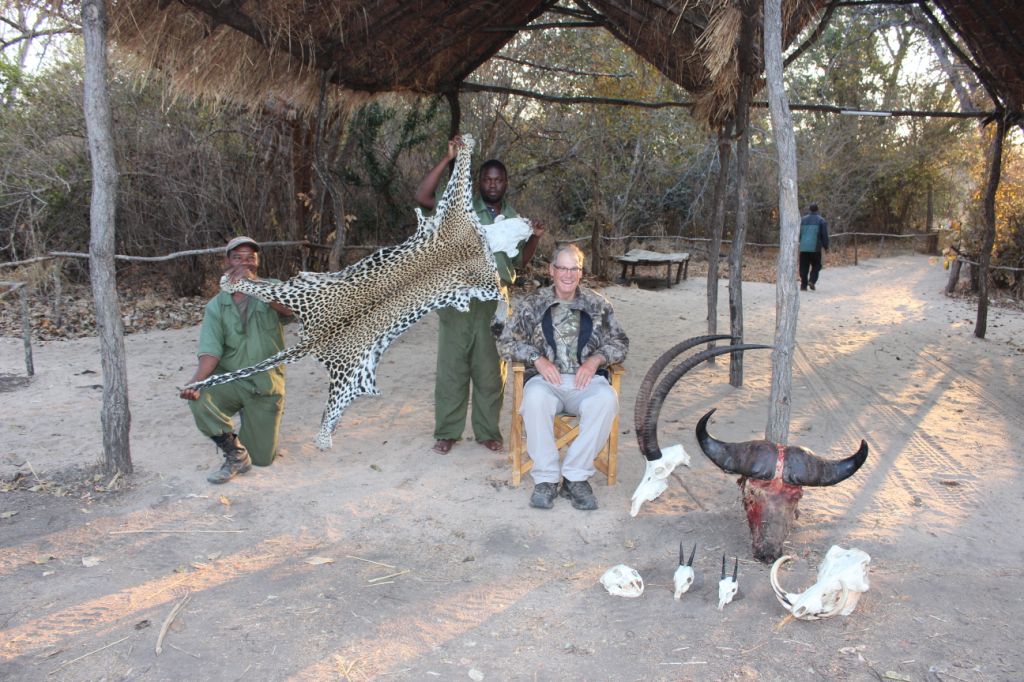 Very exciting, if you could post pics of the other animals please do, they look nice. 5 cats in 8 hunts seems like you have good luck following you, congrats.

Congrats on your trophies sir. You got a nice cat!

Congrats on the cat and that is a HUGE pig!

Sable is pretty damn good too. 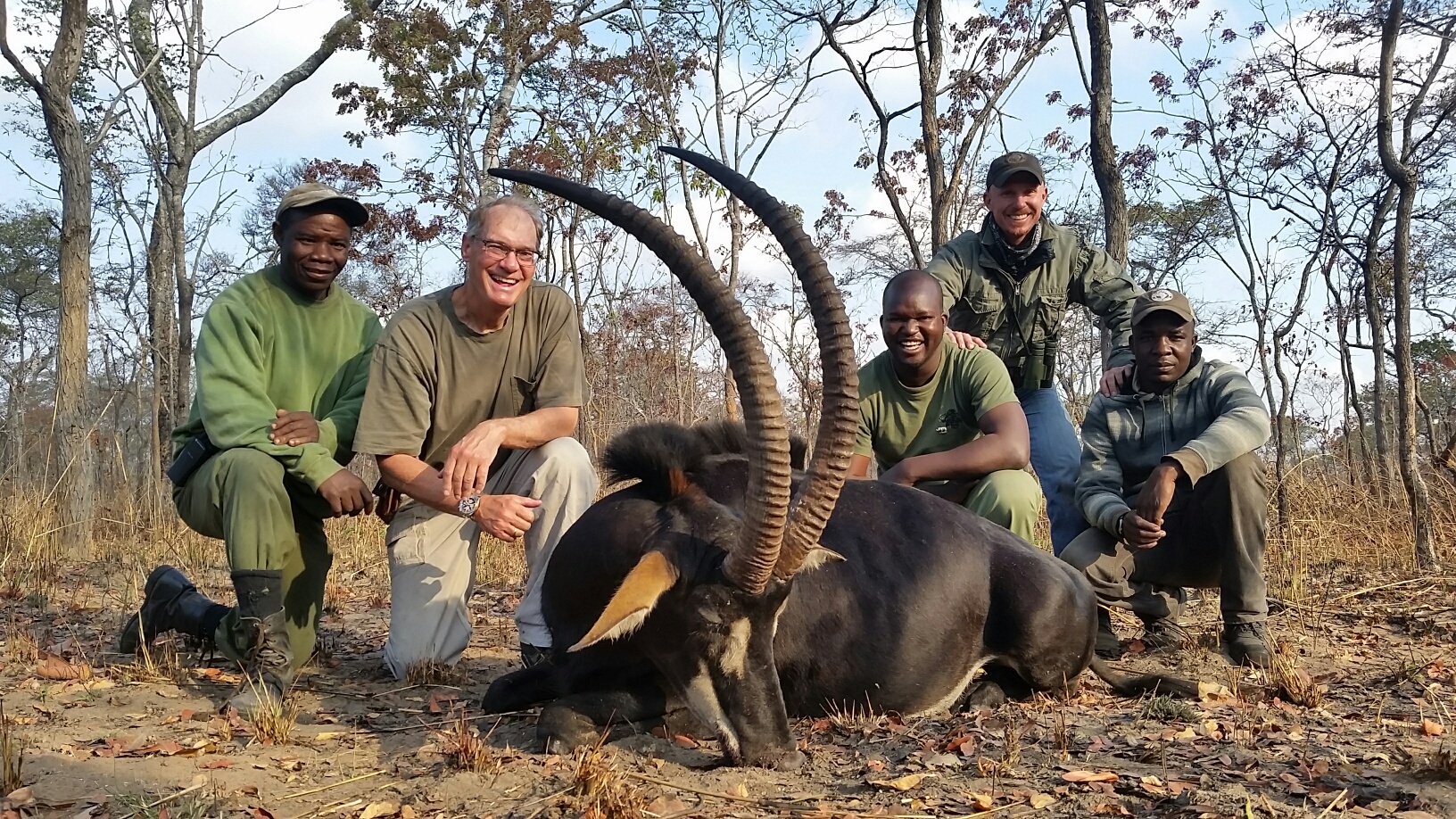 Great trophies. Congratulations to all involved.
And here I am, returning to Africa of many faces;.... the sloe-eyed temptress with flowers in her hair who stole my youth and my heart, and left me an old man with a kaleidoscope of conflicting memories of many dashed hopes and some fulfilled dreams. E. Echols

I saw that warthog skull and was like why don't we have a picture of that.

5 leopards! My friend you are my hero! Congratulations on the great hunt and cat!

What a great cat and great success on cats!! Congratulations!

Warthog is a jumbo

Redruff said:
Congrats on the cat and that is a HUGE pig!

Excellent trophies! I love the maturity of the animals too!
K

Congratulations, quite an adventure. Forrest 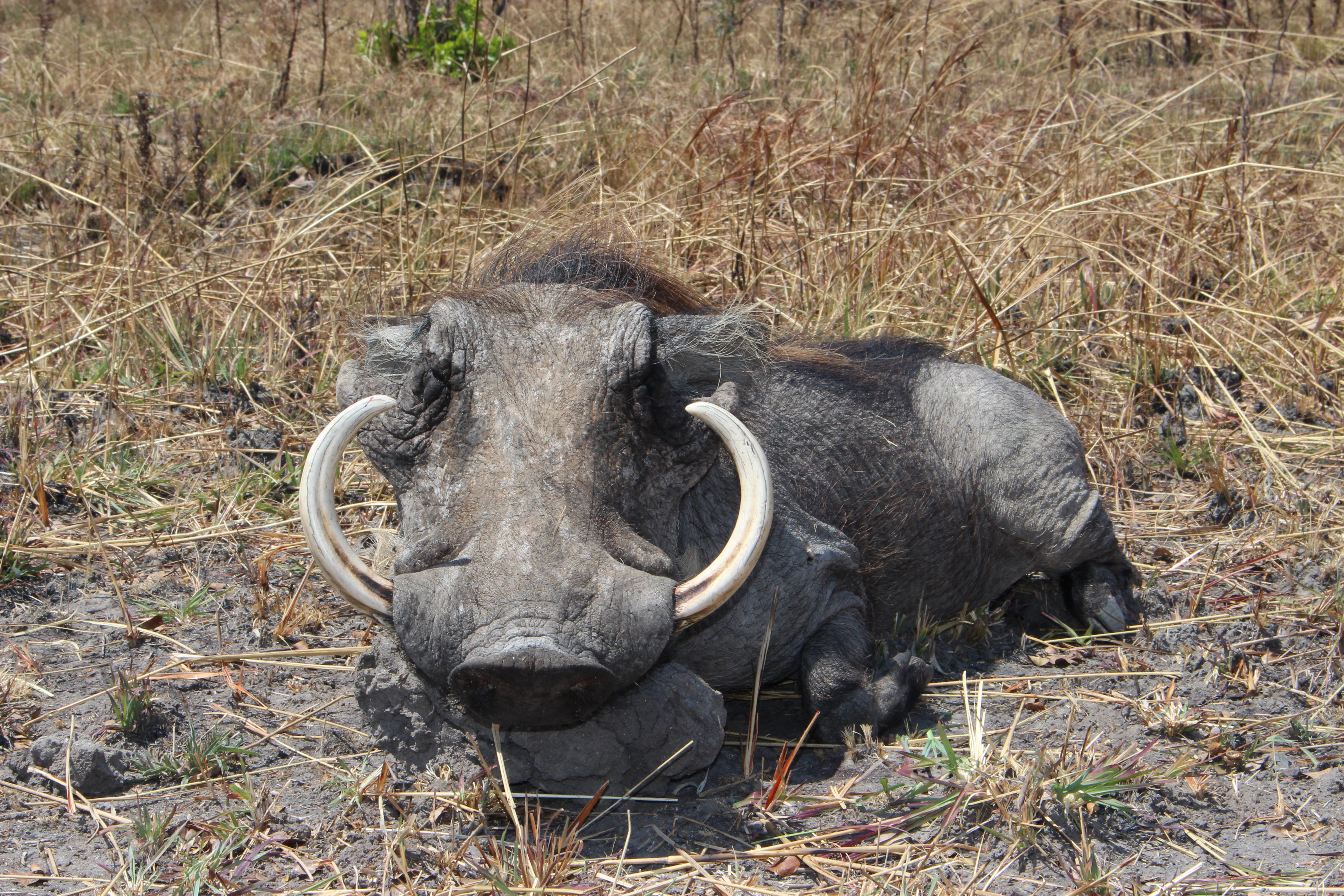 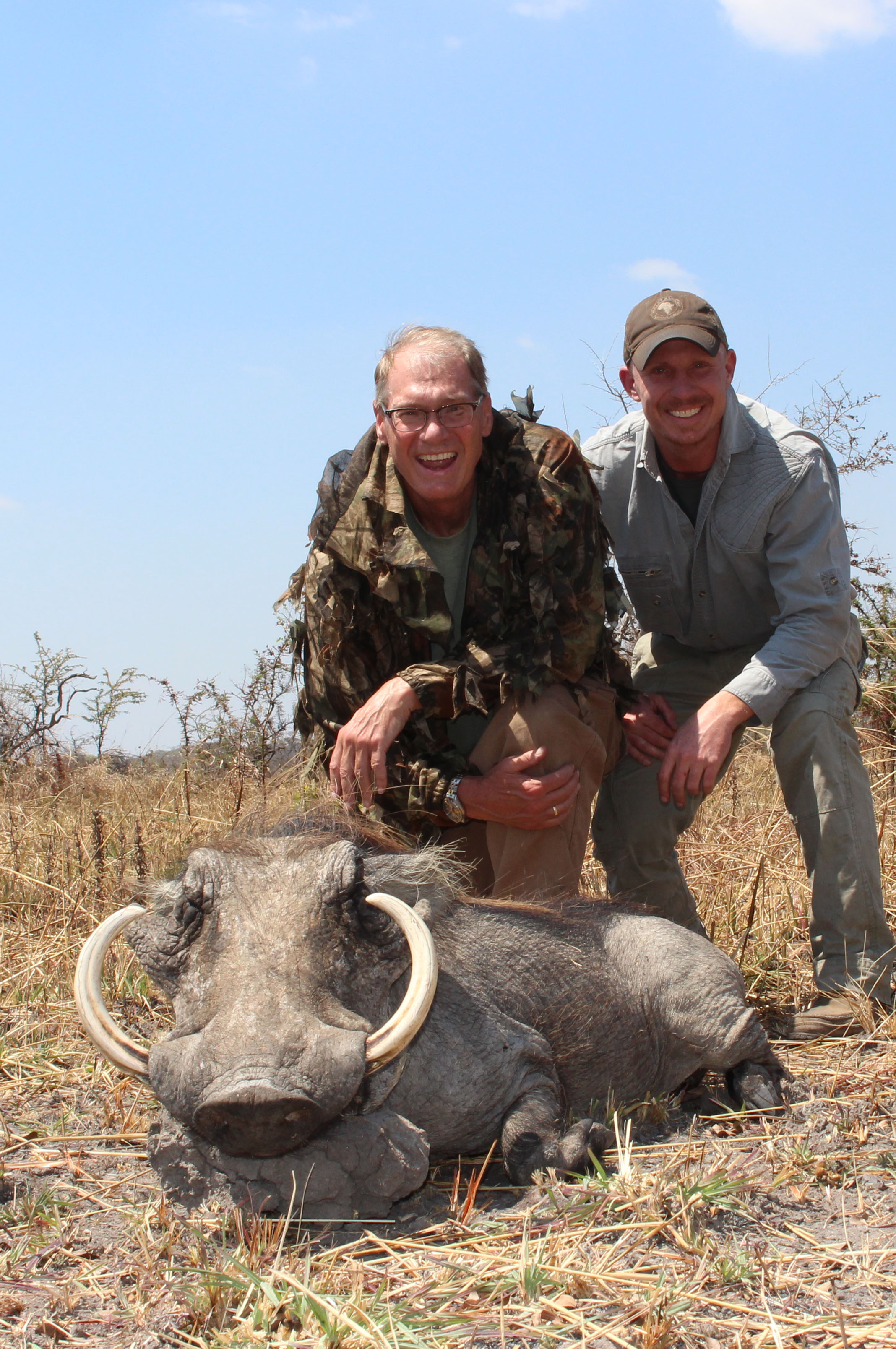