“I speak of Africa, and golden joys…”

The very year that President Theodore Roosevelt penned these words, as the introduction to his famous account of his post-presidential safari in African Game Trails, the firm of W.J. Jeffery & Co. released what was to become an African Superstar: the .404 Jeffery. The year was 1909, and the era of African safari was in full swing. Firearms manufacturers had made the transition from blackpowder to smokeless powder, velocities were increasing and bullet diameters for dangerous game were shrinking. Jeffery had great success with their .450/400 Nitro Express cartridges (there were different lengths), and needed a cartridge of similar performance that would work well in the bolt-action rifles. Using a rimless case of similar design, but changing the bullet diameter from .411” to .423”, the .404 Jeffery was born. As fate would have it, Mr. William Jackman Jeffery would never get to see the huge success of his brainchild; he passed away the same year the cartridge was released.

The .450/400 NE, which was the benchmark performance level of this newfangled rimless case, had gained a reputation for being a very efficient killer. The 400 grain bullets delivered two tons of energy at the muzzle, and the high Sectional Density ensured the bullets penetrated wonderfully. Many noted hunters, John ‘Pondoro’ Taylor and Col. Jim Corbett among them, came to rely on the .450/400 in double rifles and single loaders, so Jeffery wanted that same performance in their rimless design. Delivering a 400-grain bullet at 2,125 fps, the .404 was an instant success. The mild velocity, and correlative mild recoil, made it easy for hunters to deliver the bullet in the right place, and the sloping 9° shoulder of the cartridge made for reliable feeding, which is an important feature when reloading; you don’t want to take your eyes off of the dangerous game you’ve just shot.
History can be skewed sometimes, and in the case of the .404 Jeffery, it got an unfair shake. The Colonial game departments of East Africa issued Vickers bolt-action rifles, chambered to .404 Jeffery, to all of their game scouts, but the typewriter of Mr. Robert Ruark launched the much less-used .416 Rigby into fame and glory. Now, there are no flies on the .416s; I own, use and love them. They use the same bullet weight (400 grains) to do their dirty work, but at an increased velocity of 2,350 to 2,400 fps. This also comes at an impressive increase in recoil. Although, I’d like to note that Dr. Kevin ‘Doctari’ Robertson reports that the original Rigby ammo, when run through a modern chronograph, showed 2,150 fps rather than the advertised 2,350 fps, so there may be some misconceptions about the Rigby’s initial performance level from the starting gate. At any rate, the .404 Jeff has earned a very reliable reputation in the older piece of Africana, and that is well deserved.

The last 20 years have seen the Jeffery case give birth to an amazing number of now-famous offspring, as it is the parent case for the Remington Ultra Magnum series, as well as the Winchester Short Magnum and Dakota Magnum series. Not too shabby for a case designed in 1905.

The aforementioned Dr. Robertson, believing that the .404 Jeffery could benefit not only from a modern (read higher) velocity load, but also from a heavier bullet to increase the Sectional Density figures, advised the good folks at Norma how to revamp the load. I have to say that the team did a good job, and the Norma African PH line of ammunition is a good offering. There is the 400 grain Norma Solid, now traveling at 2,325 fps (not too far behind the 416s!), for just over 4,800 ft.-lbs of muzzle energy, and a pair of 450 Woodleigh bullets, soft and solid, leaving the muzzle at 2,150 fps for 4,620 ft.-lbs. of energy. This brings the venerable .404 into the modern world, with a fresh new lease on life, and vastly increases the versatility of the old cartridge. Shots out to 300 yards are now much easier to make with the hotter 400 grain loading.
The older loads, with the 400 grain bullets at 2,150 fps, still make a fantastic choice for the recoil-sensitive hunter that enjoys the thrill of dangerous game without the punishment associated with some of the bigger and faster cartridges, and as history has proven, this formula works. One quick bit of trivia: The Chadwick Ram, the largest stone sheep ever taken and considered to be the greatest North American trophy ever taken, was shot in 1936 in the Muskwa River drainage of British Columbia, with a .404 Jeffery!

The newer Norma loads will let your .404 Jeffery shine, and the Woodleigh bullets will most certainly do their job. I’m a believer in the .404, so much so that it will be my heavy rifle on my next safari to Zimbabwe, in May of 2015. And yes, in addition to the fantastic Norma ammunition, I’ll be using Norma component cases to cook up my handloads. I can’t wait! 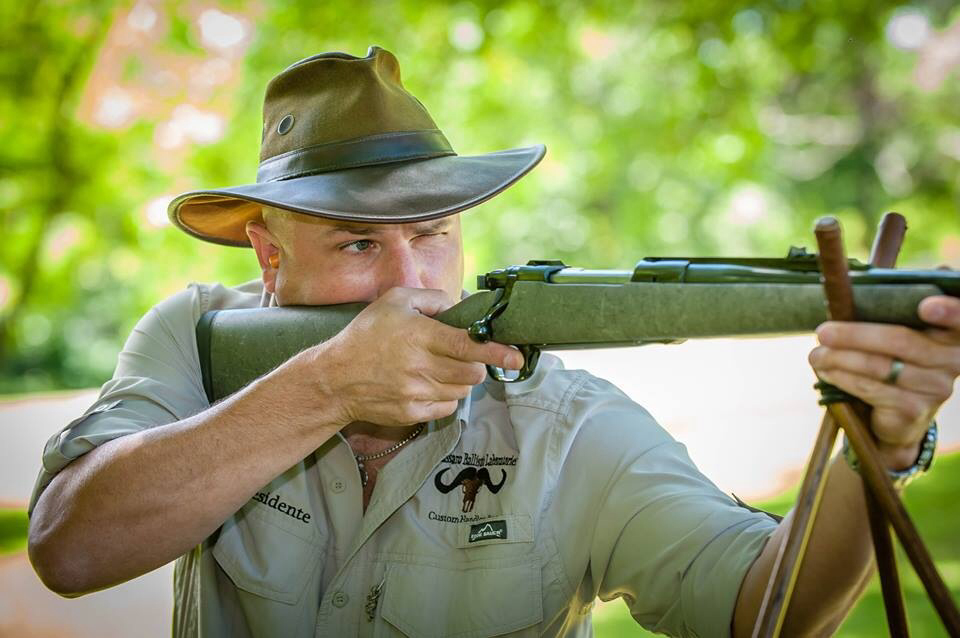 Philip P. Massaro is the President of Massaro Ballistic Laboratories, LLC, a custom ammunition company, comfortably nestled in between the Hudson River and Catskill Mountains of Upstate New York. He has been a handloader for 20+ years, a veteran of three African Safaris and dozens of North American hunts. He is the author of two shooting sports books, and his work has appeared in several major shooting/hunting publications. He is a Licensed Professional Land Surveyor by trade, a musician by choice, and usually reeks of Hoppes No. 9.