Now before anyone tries to warn me about the recoil don't bother. Had one of these years ago, fired 3 rounds of factory fodder and headed for the nearest gun show to dump it! Older and wiser now and plan to download for it and shoot primarily 400 gr bullets at moderate speeds, no ele loads for me! Main reason for the purchase is a rekindled love affair with the old model 77. I recently picked one up in .30-06 and after floating the bbl it has become a superb shooter. Still have the first one I ever bought. It was a .270 RS version with sights, that I had rebarreled to .280 Rem with a 24" Douglas bbl. Shoots like a houseafire, I won sporting rifle matches with back in the late 80's. This .458 was made in '79 and neither me nor my FFL/smith guy think its been fired since leaving the factory or ever been apart. I took it apart to make sure nothing was amiss under the steel, looked brand new. Came with box and papers and rings. Its also stocked in Circassian walnut and is so marked on the box. Waiting for some brass to load and then give it a go. Weight is 9.25# bare bones. 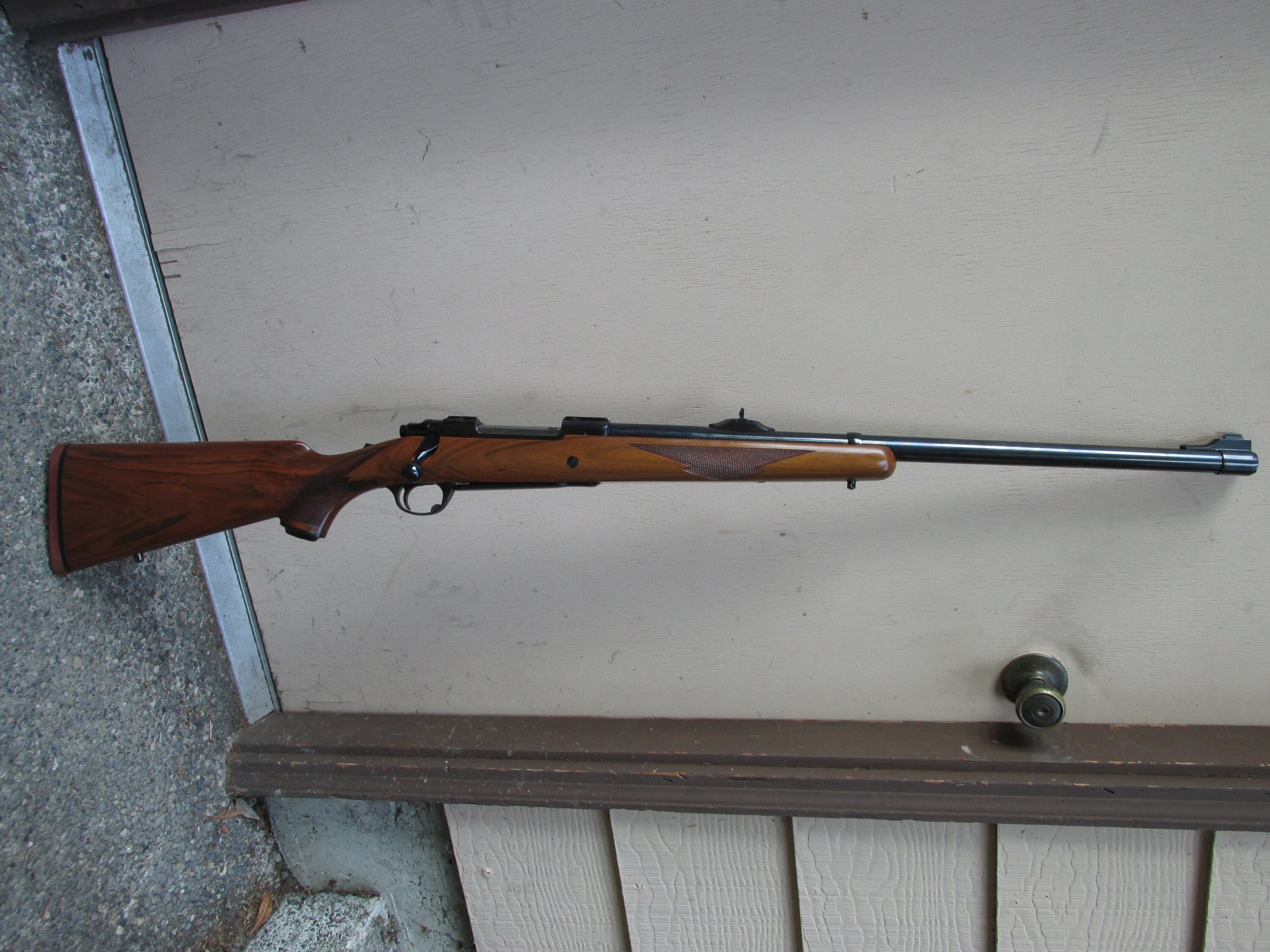 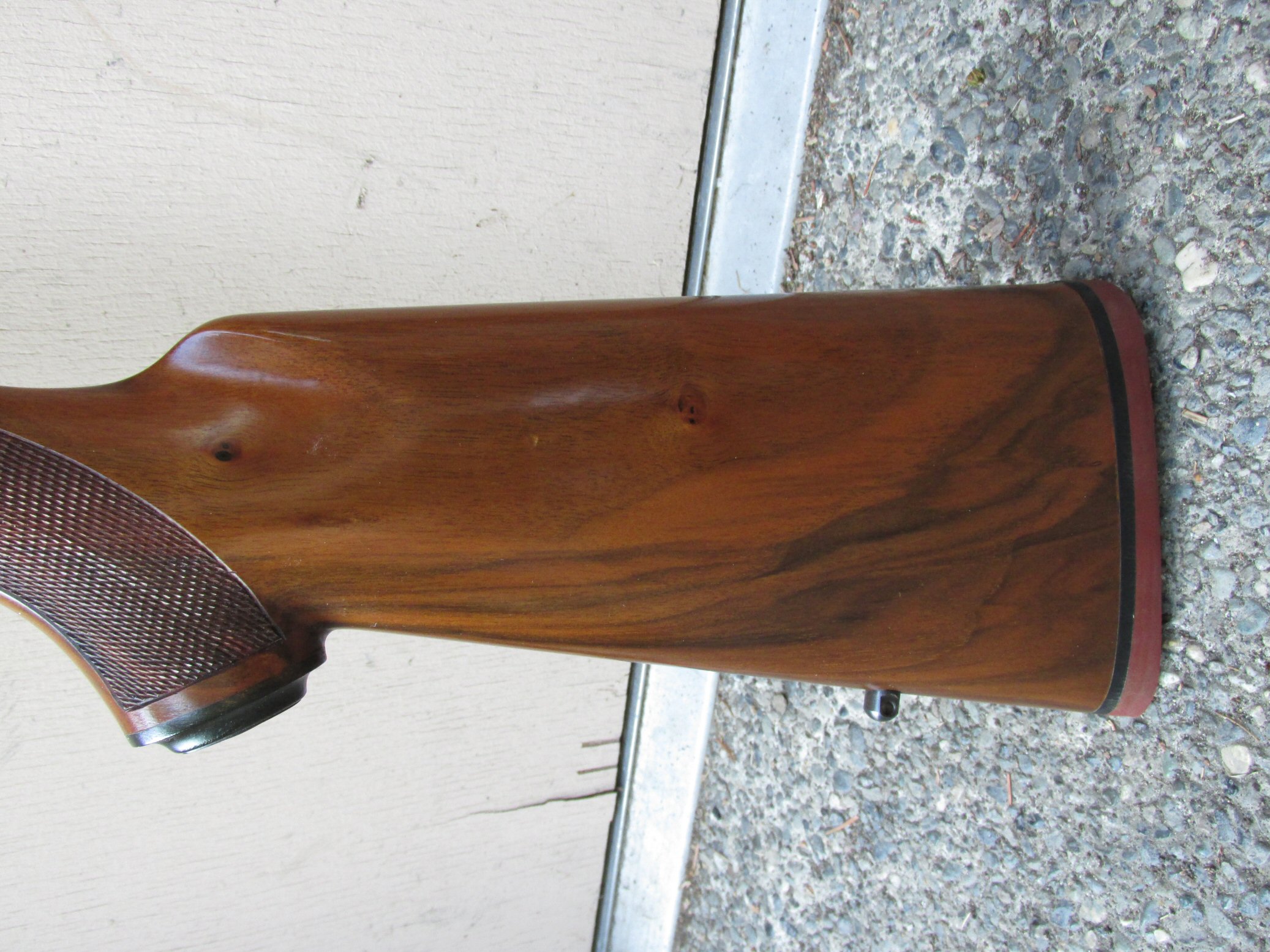 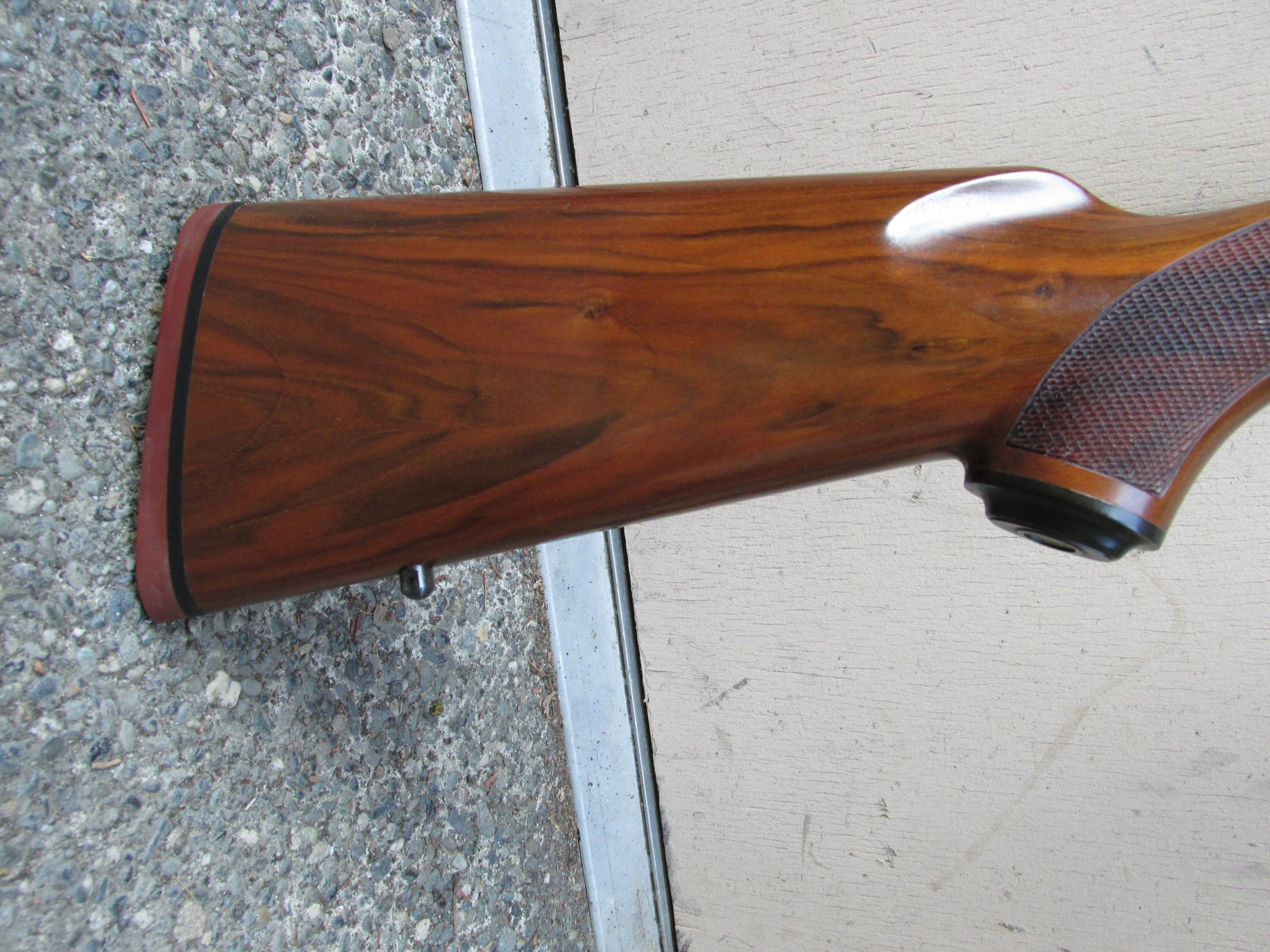 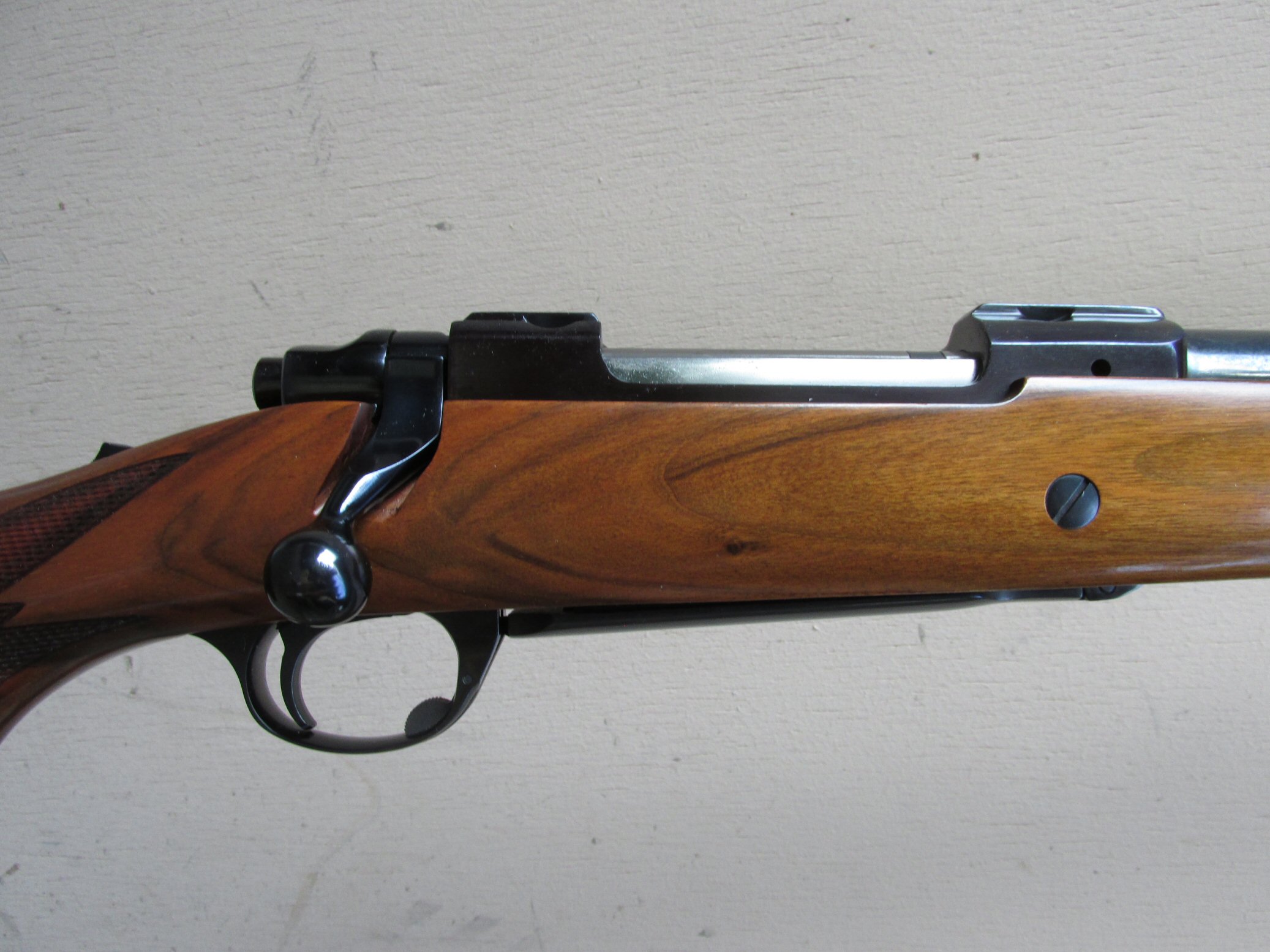 Another great looking Ruger., congrats on the find

Very nice Scott.....I think I would put a Pachmayr on it.

Thanks guys, it will see a Pachy if I decide to shoot big loads in it, but for now it will be my PAST sissy pad if anything. Plan to keep the loads around 338 mag levels which I can handle pretty easily.

I have one just like it! Congrats, mine is not in as nice shape as yours.

Oh you do, do you? Well! The very idea! Thanks Eric.

Mine was magna-ported at the end though, I was thinking of getting the pad replaced too, since the gun has been altered already. The porting really just keeps the barrel in line and it's two holes on the top by the sight. I didn't notice any increased noise. I bought the gun that way from a gunsmith in Colorado.

Beautiful rifle. I like the old models of rifles,
Good luck and all the best.
Witold

Very Nice Rifle
Be Yourself Everyone Else Is Taken

Congrats on a great find!

Now Scott, you be careful of that nasty recoil....

Very nice looking rifle, funny how 458 77's never look beat up. Anyway, show us how it does on the range.

Had one some time back ( you and other may remember ) looking/considering one at a gun shop about an hour south from me. Guessing I'll buy it, regretted getting rid of the first one. I'll keep you posted.
L

I have one of the early Ruger 77, tang safety, in 25 06. Love it....you have a good one in those early Rugers, lucky you found one in that condition. Those early ones are a bargain priced classic if you find one in good condition.

Well I found out why its in such nice shape. IT WONT WORK! Apparently this one escaped from the factory without anyone bothering to see if it fed cartridges from both sides of the box. IT WONT! It will not feed off the left rail. As soon as it starts forward, the feed ramp pushes the nose over to the right and then the rim pops up, the bolt slides under it and badaboom, jam! Now the fun part is this. I called Ruger and talked to the "service" rep, and found out Again that Ruger's new policy is "we don't do gunsmith work" on out of production guns! No amount of blabbing would change his mind. He told me to take it to a gunsmith! Imagine! Ruger telling a customer to take one of THEIR rifles to a gunsmith! So whoever owned the gun before probably found out as I did that the bloody thing wont feed cartridges, but instead of having Ruger fix it way back then, when they still did such things, the gun went back in the box to be forgotten and admired from afar. So about 3 weeks ago I took it to a local 'smith who should be able to sort it out. At the range it did shoot very well, as a single shot. I loaded up some 400 gr jktd bullets with IMR 4895 and drove them to around 2000fps with the irons and they all pretty much went to the same place at 100 yds so I am confident it will shoot. I look forward to having it back as a repeating rifle!
A

Typical of my luck when I buy a used rifle..hope all gets fixed...you will have a nice rifle when it gets to feeding as it should have when it left the factory.

Let us know about the smith work! It's a great looking rifle!

I bought mine from a gunsmith, so it feeds flawlessly when I got it. I'm glad yours is working now too.

Well, I don't yet know if its working, I sure hope it does when I get it back. I am pretty certain the feed ramp was not properly cut, so a good smith should be able to fix it.

Got it back today, been ready for a couple weeks I guess but smith said he couldn't read the phone number on the paperwork!! So I emailed him and its a go, so I fought traffic for a couple hours round trip and got it home. Works fine now. As I suspected it mostly needed feed ramp work, (lots of it!), and some action rail work as well. He only charged me a $100 bucks so I am happy about that. Pity Ruger wont work on their own guns anymore.
You must log in or register to reply here.