Hunting is a blood sport, i could not agree more, not because it involves the killing of animals but because it was passed down to me in my blood. I grew up hearing tales of hunting adventures of my great grandfather my grandfather and my father. Any opportunity i got to sit with people of that era i wanted them to share with me the tales of their hunting adventures.

Although hunting was banned in India in the late 80's i was lucky enough as a child to see the fag end of that golden era of plenty.
The story i am sharing with you here is not my own but one of my grandfather's trips which i grew up listening to. 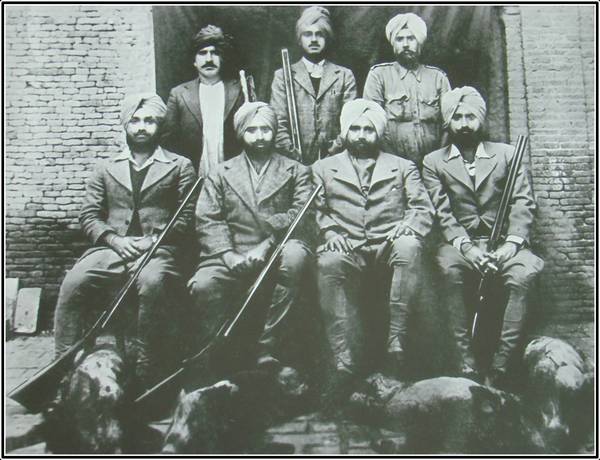 In India during those times Shikaar (The Hunt) used to be an elaborate affair which called for an equally elaborate arrangement. The preparations used to start much in advance with beaters and servants starting a couple of days earlier for the camp site with rations and all equipment and the hunting party used to follow a couple of days later in their vehicles. What was surprising was that all rations were transported on bullock carts and the list included a couple of buffaloes and cows for milk supply to the camp!!!

The camp used to be for at least 5 days during which as and when the animals were shot they were cleaned and sent back to the village on a daily basis.

Those were the days of plenty and hog deer, wild boar, chinkara and black buck were the primary big game species while partridge, duck and quail were the primary winged quarry. The blue bull population was also prolific but were mainly shot for meat and given to the beaters. Blue bull was rarely shot for self consumption due to the nomenclature of Neelgai which meant blue cow. 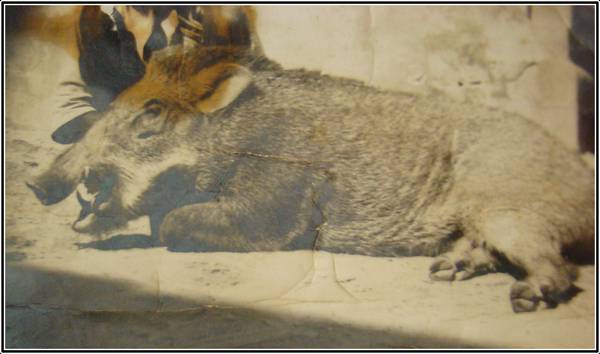 The story of one such hunt has never escaped my memory. The hunt had started early in the morning with beats conducted for hog deer and wild boar. my grandfather was positioned on a fire lane with his 7mm rifle and his attendant when he could hear an animal making way towards him through the thick brush. With his rifle ready he took position and just as the animal appeared in the fire lane he fired. A huge male hog deer was shot amidst rising dust, the bolt of the rifle was cycled again and the beat continued on its course with my grandpa shooting three male hog deer from the very same position. As the day progressed more animals were shot and collected. At noon the entire party broke for lunch. The beaters were each given a spoon of poppy husk to keep them energized as most of the rural populace of that time was addicted to poppy. There was a request from the beaters for a couple of neelgai for meat which was promptly accepted and the hunting party was told to shoot a blue bull if any came towards them during the rest of the days beat.

During the first beat after lunch a huge wild boar was flushed from his lair along with a sow and some piglets. the entire beat had been very uneventful for my granddad with the rest of the party getting ample opportunities of firing at game. Suddenly there was a lot of rustling in the bushes right in front and just as my grandfather was getting ready he heard the squeals of a dog. The boar had drawn blood!!! The attendant who was with him promptly climbed up a tree. after a while of silence there was movement again and a piglet ran out of cover followed by another, none of them were shot primarily due to their young age and so as not to alarm the big boar. another reluctant piglet came out of the thicket only to run back in, and after a couple of seconds being pushed out again by the big boar. My grandfather did not shoot, and after the piglet was finally pushed out by the bully boar and he was confident that the course was clear he decided to make his move out.

From the noise in the thick brush it was accomplished that the Aikal Soor (Big boar) was coming. The rifle was ready and so was the hunter when suddenly the boar probably pre-empting something made a dash for safe ground he came out between my grandfather and one of his friends who was hunting with him on this trip. The friend was using a shotgun and let both barrels go which were loaded with buckshot, he hit the pig but it ran back into the jungle it came out of.

The beaters were called and that piece of jungle was to be beaten again with the guns interspersed between the beaters and dogs. The beat had just started when the yelping of a dog told them that the boar has been spotted hearing the yelps the other dogs also ran in that direction followed by my grandfather and the beaters. The dogs had surrounded the pig and he was not trying to run away from them but was fighting them in a clearing in the jungle with his back to a tree. He had been shot in the stomach but the bleeding was not profuse. the moment he saw my grandfather he left the dogs and came straight for him. breaking through the bushes with a vengeance he was quickly covering ground when hot copper and lead met with his skull right between the eyes and he dropped dead just a few yards from my grandfather's feet. 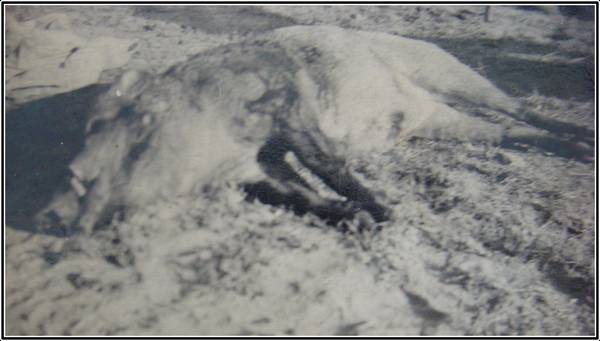 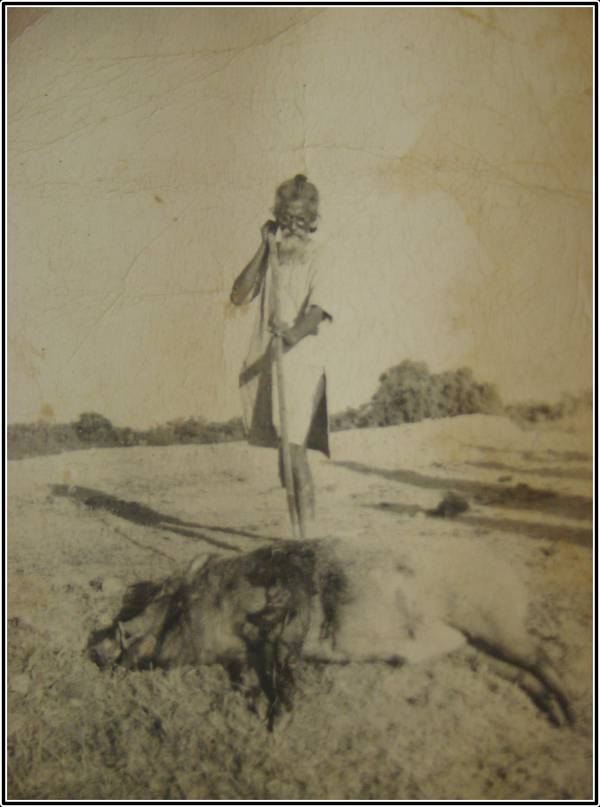 This close call called for a celebration. Alcohol was promptly served. And with news coming of 2 neelgai being shot the beaters were also in a joyous mode. So it was decided to call it a day.

In the evening back at camp by the bonfire everybody shared the details of the animals shot by them over drinks. And the party was a satisfied one with the day ending with a total bag of 6 wild boars, 8 hog deer and two neelgai.

But even in those days of plenty all the game was well looked after, the meat was well taken care of and there was always a sort of respect for the jungle and the animals in it. Shooting females of the species was always avoided and so was the shooting of very young animals. those were the times when hunting was not about just killing animals.......in fact killing was the least important part of it. 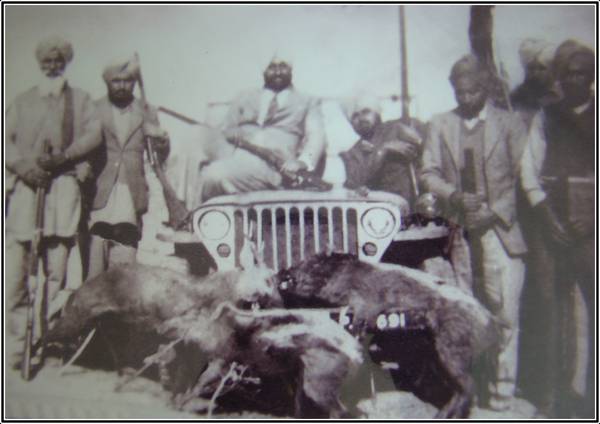 Thanks for sharing Nicovl0604.
Jerome Philippe, Founder of AfricaHunting.com

Member of
British Association for Shooting and Conservation

Thank you for sharing !

Thanks for sharing.
Witold

Those were the days...
"I have taken more out of alcohol than alcohol has taken out of me.” Winston Churchill

Great Pics thank you
Be Yourself Everyone Else Is Taken

Maybe we were all born in the wrong time. What a grand way to have hunted. Thank you for sharing sir.

CAustin said:
Maybe we were all born in the wrong time. What a grand way to have hunted. Thank you for sharing sir.
Click to expand...

When you read stories like that it makes you think so!

Nice, thanks for sharing!

@CAustin I think so!

CAustin said:
Maybe we were all born in the wrong time. What a grand way to have hunted. Thank you for sharing sir.
Click to expand...

Great story and photos. Thank you for sharing.
You must log in or register to reply here.

Pig Sticking in India during the British Rule...

Pig Sticking in India during the British Rule...