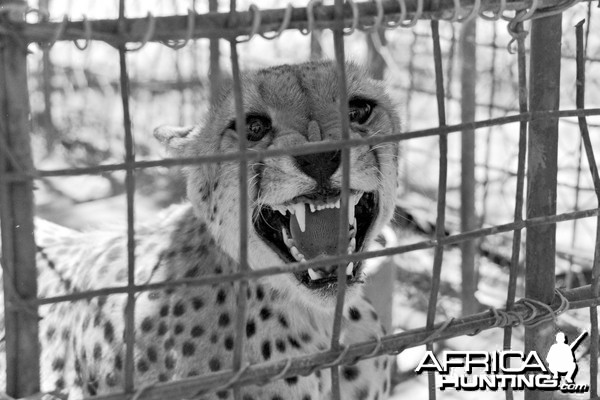 Here are a few pictures of two Cheetahs that were caught by a favored play tree. The live trap is strategically placed in the climbing path of the Cheetah, thorn bush are placed to the side of the trap to act as a boma, making the trap the passage to walk into going to the play tree. Going through it, the Cheetah will trigger the doors of the trap, capturing the animal. As Cheetahs travel often in small groups, when a Cheetah has been caught, we will check for other Cheetah tracks around the trap. Very often the other Cheetah(s) from the group or coalition will stick around long enough in the vicinity to be caught as well.

As you can notice from the first picture, a second trap was placed to the side (on the right) of the original trap to capture the second Cheetah that was still in the area. In this case three Cheetah tracks were found though only two cats were caught. The first trapped Cheetah will be given water right away and the second trap will be brought in, placed and armed side by side waiting for the other Cheetah. The captured Cheetah will attract the other Cheetah into the set up just by being there but also by vocalization, calling the other one in. It is usually just a matter of a day or two before the other animal is caught, though meat will be brought to the first captured Cheetah usually the day after being first captured.

The two cats will be radio collared and released by the Cheetah Conservation Fund (CCF) after tranquilizing them, taking a complete set of measurements, ear tattooing and tagging them, collecting sperm from males which is sent to a sperm bank in the US for endangered species and taking blood samples for analysis of the overall health and genetic make-up of the free ranging Cheetahs.

For the most part trapping is indiscriminate and due to the type of live traps that are used the traps need to be checked daily to remove any other species that has been caught. Porcupine, Anteater, Jackal, Warthog are often found caught in these ground resting cages though will often dig their way out however small antelopes and felines including Cheetahs will not dig themselves to freedom. 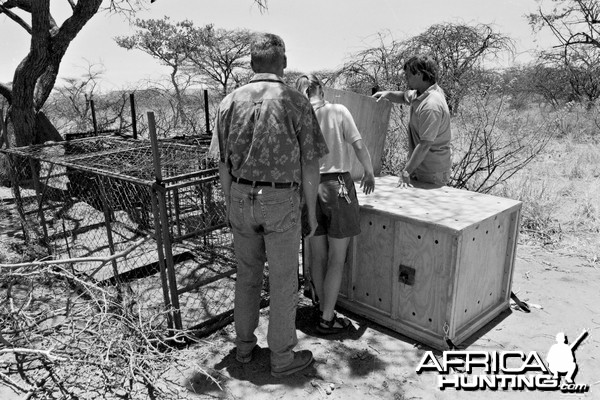 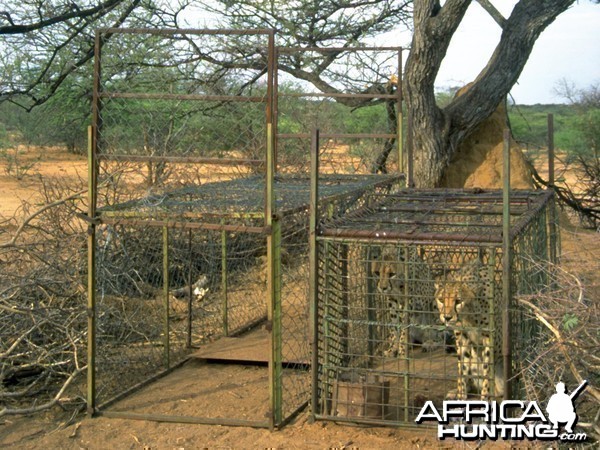 Our box traps have doors at both ends that are connected to a trigger mechanism attached to a rocker plate on the floor of the trap. An animal walking in and stepping on the rocker plate will trigger the trap by releasing both doors which will drop down simultaneously trapping the animal inside the live cage. Box traps with standard chain link fence mesh can be used for catching Cheetahs (see box trap on the right) however more sturdy traps with metal rods have to be used when trapping Leopards. Leopards will break free from the trap by breaking through the standard chain link fence mesh, empty broken through traps are sometimes found with only Leopard tracks to tell you what had been there. Having seen Leopards caught in this type of trap, I can assure you that you do not want to get even remotely close to a trap that a Leopard could free itself from especially as they become more aggitated when feeling threatened. Should a Leopard be caught in a Cheetah trap we will use a rope with a hook on it, and while in the car toss the hook to grab the cage from a distance, drive off and slowly flip the trap over to release the enraged beast. No one wants to be too close to a pissed off Leopard. 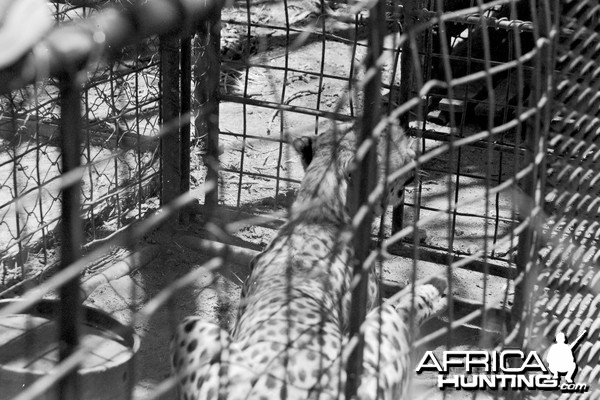 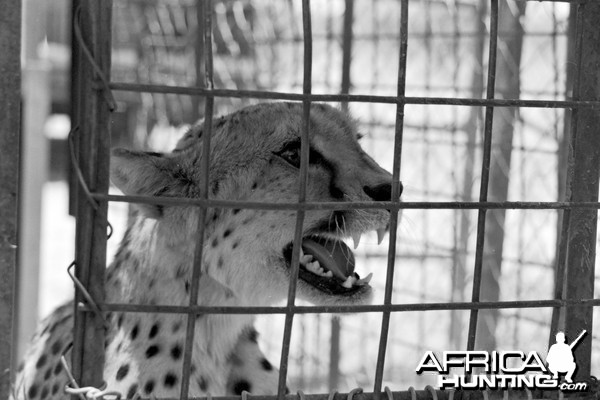 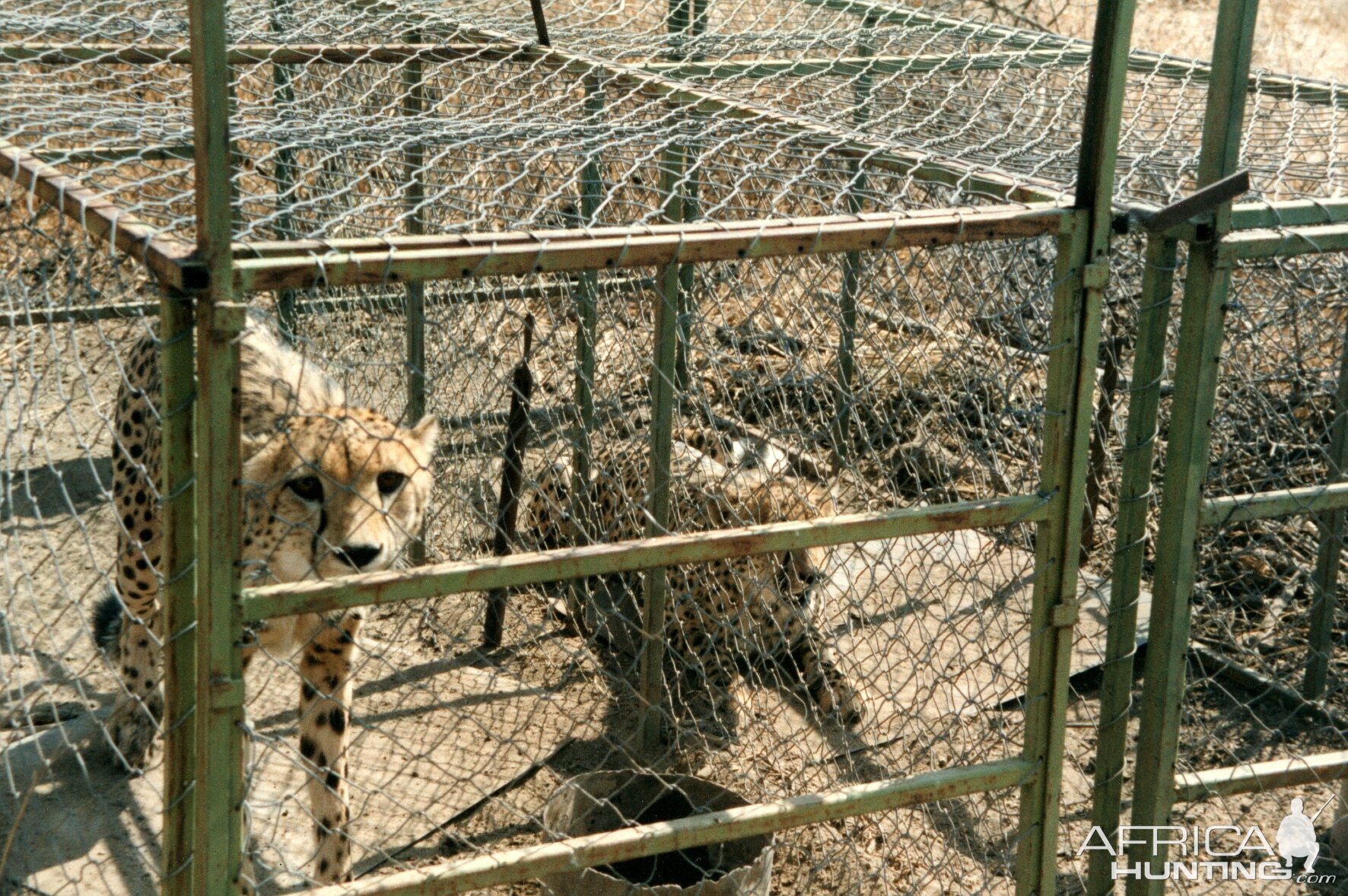 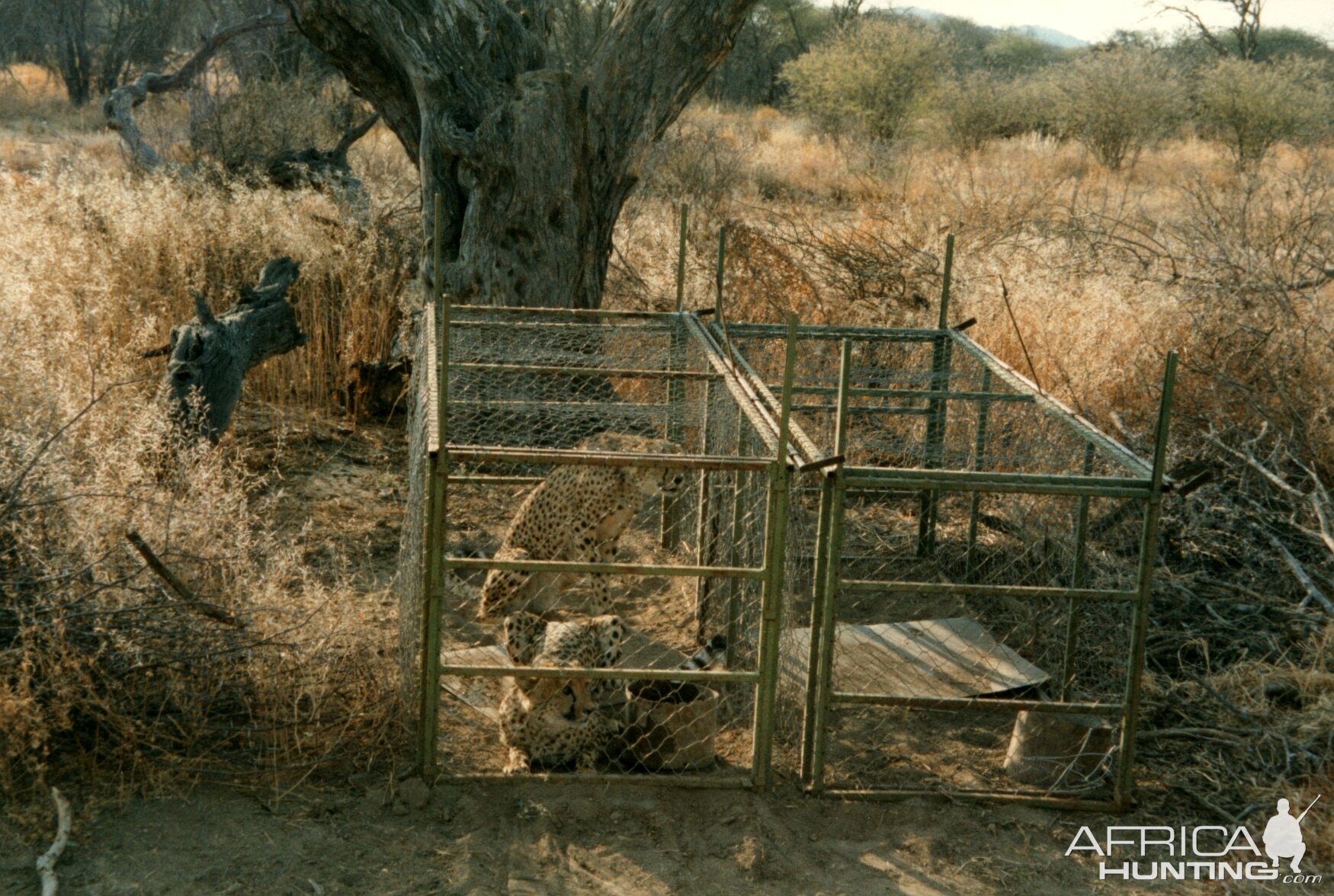 Ozondjahe has worked with Dr. Laurie Marker since the beginning of the Cheetah Conservation Fund (CCF) (http://cheetah.org) in the early 1990's for the conservation and preservation of Cheetah in Namibia and over the years has captured for CCF hundreds of Cheetah for their research and census program. We have also worked for many years with AfriCat Namibia (http://www.africat.org). See below a Cheetah Conservation Fund Newsletter from May 1999 mentioning our close collaboration with CCF. 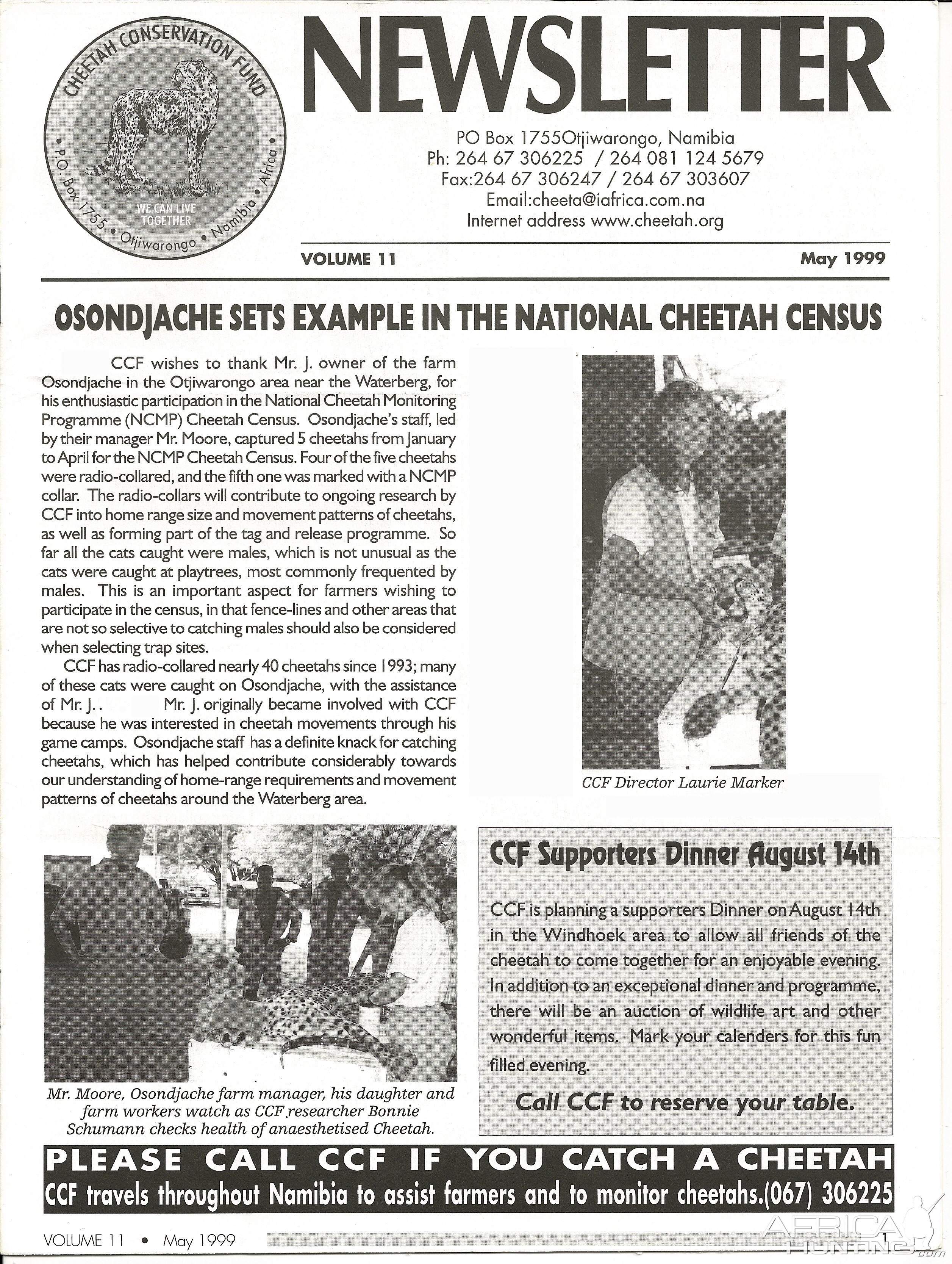 Interesting article. Thanks for sharing.
You must log in or register to reply here.