Hey guys toying around with booking a black bear hunt for next fall for here in the states. Any recommendations? Thanks. JB
Tommorow is promised to no one. Go live your dreams.

Back in the '90s I hunted with Bob and Carol Morgan, owners of Allagash Wilderness Camps. My two hunting partners scored but I did not take a bear. Still had a great time. They're success rate is 70%. One caveat, if you're looking for a chocolate on your pillow at night, this isn't the place.

I received an e-mail from him this week he has two weeks still open for next season.. 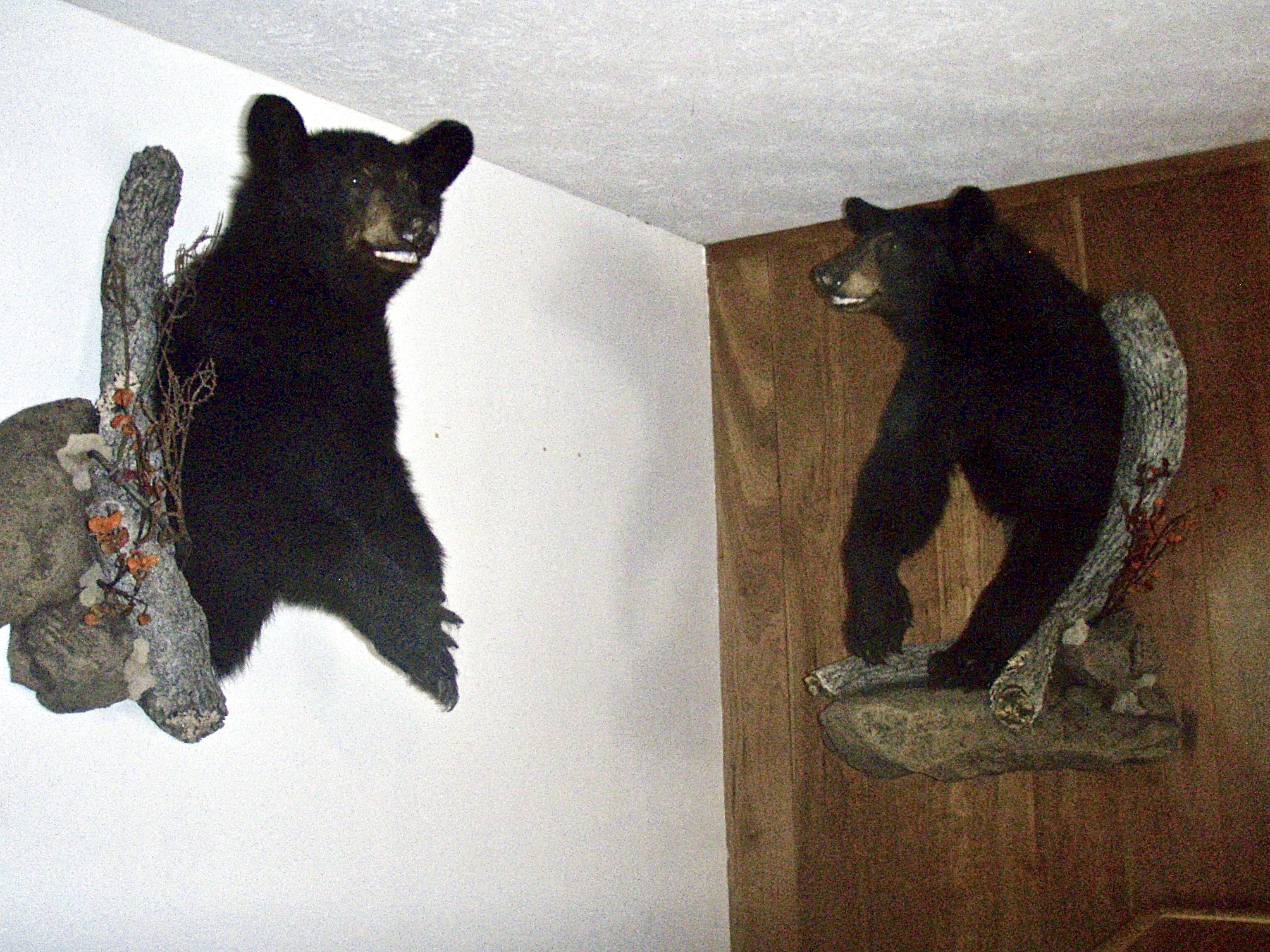 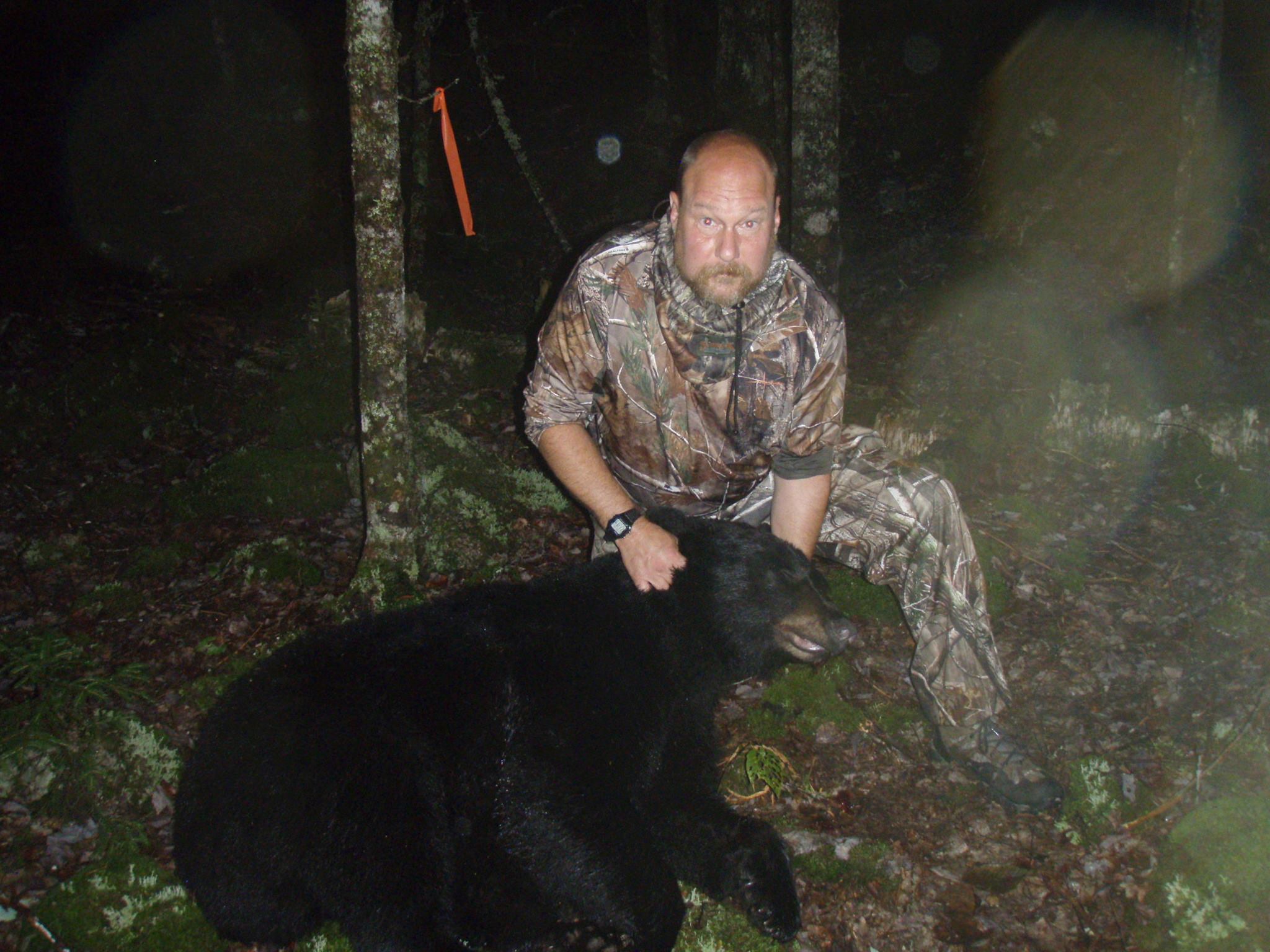 You'll stay in a lake side cabin and I could not give a higher recommendation. Outstanding in every way...

PS: The Bears gorge themselves on wild Blueberries all summer best tasting meat I've ever had bar none 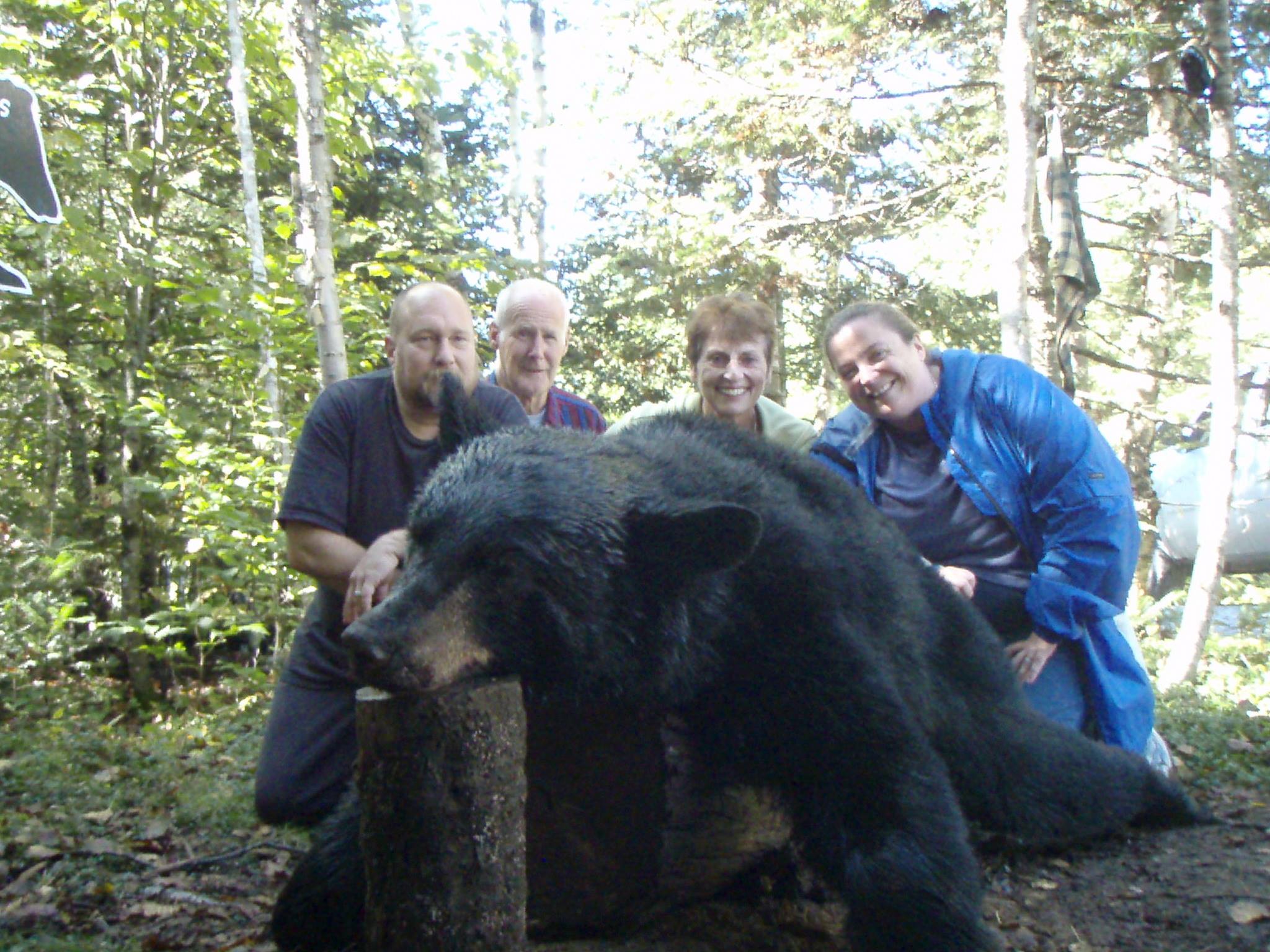 I strongly recommend a spot and stalk hunt in Alaska or on Vancouver Island. Stalking bear, black and brown, is an amazing hunt!

johnnyblues said:
Hey guys toying around with booking a black bear hunt for next fall for here in the states. Any recommendations? Thanks. JB
Click to expand...

The kind of hunt your after will help in recommendations. Spot/stalk, hounds or baited.
As stated already, my vote is for Alaska, and you can go unguided as a non-res. (Unless this changed in the last year). If Ak is an option shoot me a PM and I will give ya a few options.

Following as I am also in the market for a bear hunt but I'm leaning toward a hound deal.

Thanks guys, I’m staying away from Alaska to be honest. To far for a blackie and too expensive.
Tommorow is promised to no one. Go live your dreams.

WAB said:
I strongly recommend a spot and stalk hunt in Alaska or on Vancouver Island. Stalking bear, black and brown, is an amazing hunt!
Click to expand...

I second this. We did a boat based stalking hunt a few years ago,and it was truly a great experience. The stalks were difficult, and bears can scent you it seemed like miles away.
NO. I'm not a good shot, but I shoot often. Teddy Roosevelt

Good thread.
I have had two black bear hunts fall through due to circumstances not in my control.
If my outfitter lets me down again, I am going elsewhere for bear.
CRS, NRA Patron Member, DRSS, DWWC, TSRA, Whittington Center,
Android Ballistics App athttp://www.xplat.net/
S

A five-county area (about 3,200 sq. miles) in the Albemarle-Pamlico Peninsula in northeastern NC has some of the highest population densities of black bears anywhere, and some of the largest black bears in the world. The little town of Plymouth, NC, calls itself the bear capital and has signs saying "Welcome to Bear-Olina." The bears don't really hibernate there (though they may snooze for a day or two during a sudden, unexpected cold snap), they hang out in the huge swamps, and they feed year round in the big agricultural fields. The area is bear-crazy, and Plymouth hosts an annual "NC Black Bear Festival" every year. There are several good outfitters in the area. Jim Shockey and his daughter Eva filmed a show hunting with Dare-to-Hyde Outfitters, in Hyde County. I know of more outfitters, but I'm not really a bear hunter--mostly deer, turkeys, and waterfowl (when I'm not dreaming of going back to Africa). For what it's worth, I'm posting a couple of pictures taken inside a little wildlife museum in Plymouth. The first one shows me standing beside a bear taxidermy mount, and the plate says the bear weighed 770 lbs. (I'm 6'4", but the height comparison is not entirely fair since the bear is mounted on a short pedestal, maybe 8 inches high.) The second bear pictured weighed over 800 pounds. Both were killed locally. I talked with a young bear guide in the area who said several bears in excess of 600 pounds have been taken on their properties. The largest last year was 550, and the largest taken on their farm was 762, back in 2009. Eva Shockey's bear taken in Hyde County weighed just over 600, as I recall. A friend of my late brother who hunts in Hyde County has killed at least three bears weighing over 500 pounds and is frustrated that the holy grail of a 600 pounder has so far eluded him. (Some folks are hard to satisfy.) And yes, I know those weights sound like exaggerations, but they're not. Please look up bear population densities and sizes in the area if you're in doubt. The world record black bear (by weight) was taken in nearby Beaufort County. It weighed 880 pounds and was mounted using a brown bear frame. Much of the hunting is with dogs, but I know of at least one outfitter that does stand hunting only (over bait), and another who offers the choice of hunting method. It's swampy, tangled, wet, briary, snakey, thickly forested country interspersed with huge agricultural fields. Anyway, enjoy the pics. If you're interested in a hunt in this area, I'd check out Conman's Hunting and Guide Service, on Lake Phelps, and Dare-to-Hyde Outfitters. Both have websites. Enjoy the pictures. Sorry they turned out sideways. 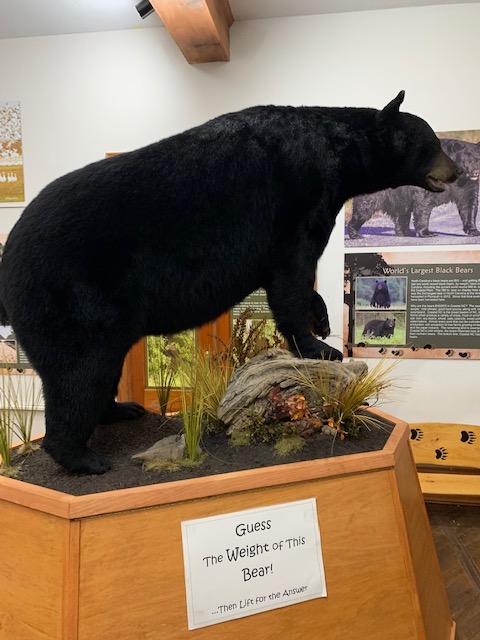 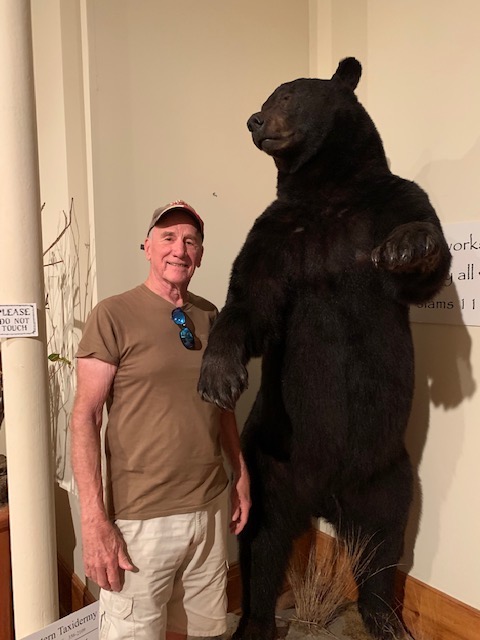 Thank you very interesting.
Tommorow is promised to no one. Go live your dreams.

Holy crap! Dare to Hyde gets 10k for their bear hunts PLUS a trophy fee over a certain weight. Nuts! I’ll save that money for Africa again!
Tommorow is promised to no one. Go live your dreams.
S

johnnyblues said:
Holy crap! Dare to Hyde gets 10k for their bear hunts PLUS a trophy fee over a certain weight. Nuts! I’ll save that money for Africa again!
Click to expand...

Johnnyblues, check out Conman's. Much smaller outfit, nice folks, and much more reasonable prices. I've hunted tundra swans and turkeys with them. Dare to Hyde is way out of my price range too.

For sure!
Tommorow is promised to no one. Go live your dreams.

jduckhunter said:
I think I'll stick with my northern Ontario bear hunts for like $1350
Click to expand...

Not a fan of bucket bears but did do one last Sept in Ontario/unguided for $500.
Nathan T.

BnC 04 said:
Not a fan of bucket bears but did do one last Sept in Ontario/unguided for $500.
Click to expand...

Not the most exciting hunt you'll ever go on but very relaxing and with plenty of time to fish every morning before you go hunting. I went on a couple of spot and stalk bear hunts in BC when I was younger, a lot of fun and very rewarding but now that I'm a bit older I'm enjoying the fishing, relaxing and just hanging out with my friends a lot more. And when it's all said and done the bear rugs or mounts look the same.

@johnnyblues if a spring black bear hunt is an option for you, check out Rising Son Outfitters in Montana. They only do a couple bear hunts each spring and have very high success rate. A 6 day hunt is $4k. http://www.huntinginmontana.com/montana-black-bear-hunts/

I've elk/deer hunted with this outfitter multiple times and done one bear hunt with them. My hunting buddy took a bear on day 1 and it was one of the funnest days hunting I've ever had. Riding horses, spot and stalk. Seeing multiple bears, including a few grizzly bears. I had a 300 yard shot on Day 6, but didn't close the deal.

I was leaning towards a fall hunt for better hair...
Tommorow is promised to no one. Go live your dreams.
You must log in or register to reply here.