Are the Victoria Falls a must see?

WAB said:
I should add that my wife and I are confessed wine junkies. We have toured wine country in Italy, Argentina, California and South Africa. South Africa is our favorite. They have some unbelievable wines that never find their way to North America. The country around Stellenbosch is stunning. If you like fine wines, great food and amazing accomodations it should be on your bucket list. I believe that you could fly to RSA and spend a week in wine country cheaper than you could fly to California to do the same thing.
Click to expand...

You’re spot on, WAB. An for any Americans that like Reds but have digestive issues due to sulfides, the domestic SA reds don’t have the same crap in them that US imports require. The $3 table wine there is as good as any of the $18-$25 stuff we buy in the states.

rookhawk said:
You’re spot on, WAB. An for any Americans that like Reds but have digestive issues due to sulfides, the domestic SA reds don’t have the same crap in them that US imports require. The $3 table wine there is as good as any of the $18-$25 stuff we buy in the states.
Click to expand...

I must have purchased the wrong wine.

I've made a lot of kit wine from California and you don't half to put in all the sulfates.

rookhawk said:
You’re spot on, WAB. An for any Americans that like Reds but have digestive issues due to sulfides, the domestic SA reds don’t have the same crap in them that US imports require. The $3 table wine there is as good as any of the $18-$25 stuff we buy in the states.
Click to expand...

wesheltonj said:
I must have purchased the wrong wine.
Click to expand...

They make some of the best, but like any region, there’s poor wine as well. One of the best winemakers is Hempies du Toit who owns Annandale Estate. I would argue that he makes some of the best wines in the world. Another that is a little easier to find is Hannibal by Bouchard Finlayson. Perhaps the best blush wine I have had is Boschendal’s Blanc de Noir. If you try any of these I am quite certain you will be impressed.
M

I say off course you must see them. My idea is to get to or close to hunting destination 3-6 days early depending on the where. When hunting Zim every time a stay at Vic falls is included. For all the reasons already listed. Afternoon at the croc farm, then sit down and enjoy a 10 oz tail steak and some awesome wine or a Zambezi beer followed by a Zambezi sunset river cruise, what a day. Certainly don't overlook the carving center or a fancy meal with local dancing show.. But a big thing for me is if something goes missing with luggage those extra days can save a hunt or at least allow time to receive your baggage or get new stuff. Also a few days getting over that jet lag helps with a hunt for me.

And every day in Africa is a GREAT day, adding a few extras adds to the safari experience.

I say absolutely to seeing the falls! In fact, when we hunted Zambia, my hunting partner and I chartered a flight just to see them. Worth every penny. The pilot even flew a few laps around the falls and mist for some great pics and video. Once there, we hired a nice local cabbie to drive us around. Ended up being a fabulous tour guide and stayed with us all day. We even took him to lunch with us at one of the resorts by the falls. He walked into the restaurant like he was king for a day. We learned so much from him and it was a pleasure to leave him as a good friend. By all means, make the trip. The area is truly awe inspiring. 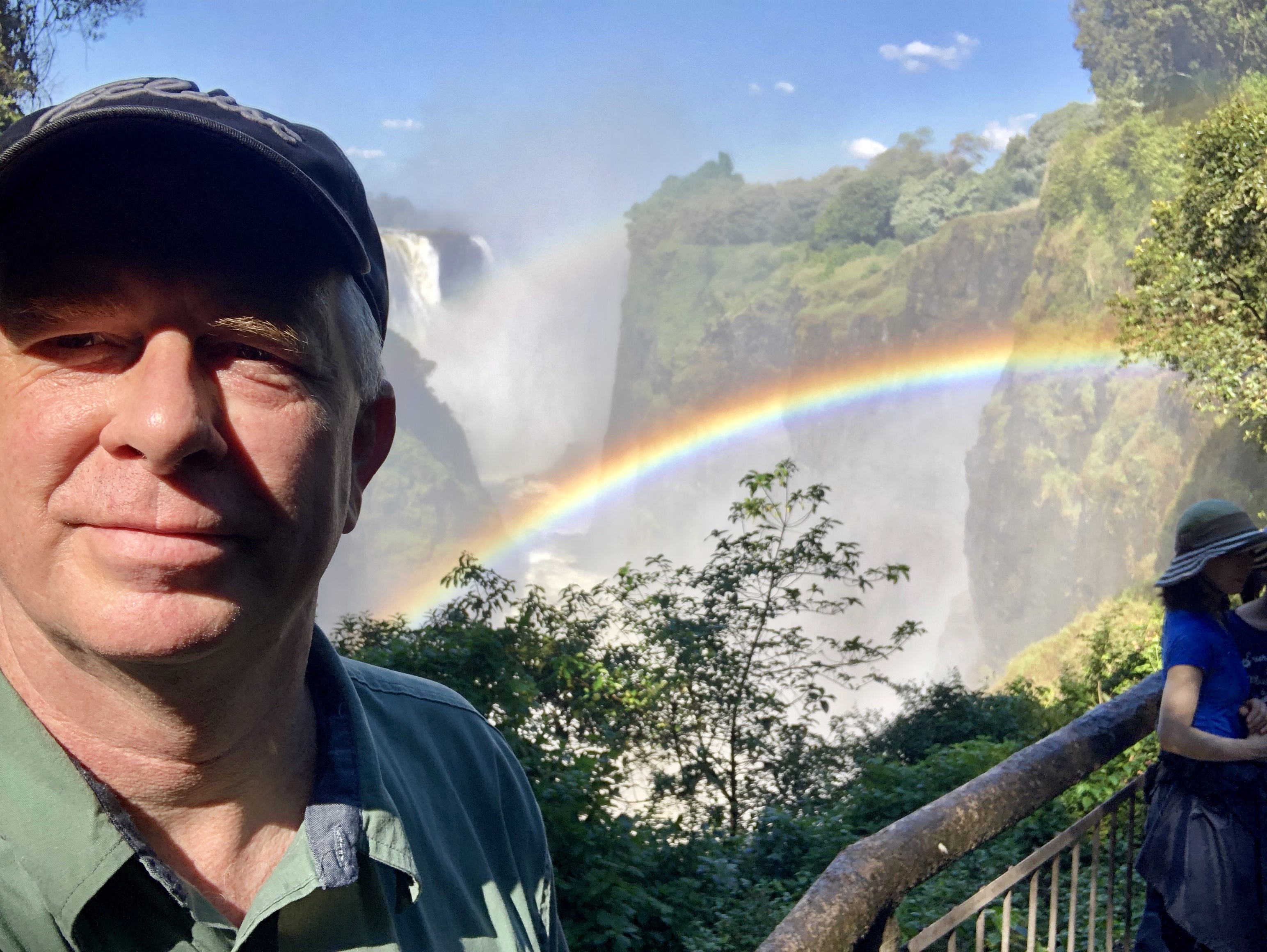 I have been to Vic Falls on 2 of my trips to Zimbabwe. I personally stayed at a hotel called The Kingdom. That allowed me to be able to walk about town and it is the closest hotel to the falls. I would hate to think I was close to one of the seven wonders of the world and didn't get there! But with Covid, I understand your dilemma!!
M 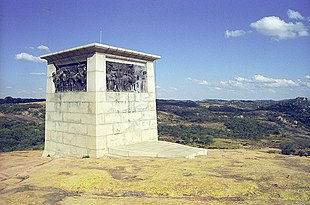 I have only been there once. Cool experience. Spent 3 days and would of loved another couple of days. Stayed about a mile from the falls. Warthogs in the lawn much of the day. Couple of Bushbuck too. The monkeys could be a nuisance. Elephants and cape buf at the waterfall below the hotel. River cruise was great, Lots to do. I suspect when the water is high the views are much better than when its low.
Bruce

Been to the falls three times, once each in April, November, and December. The power of the water in April was unbelievable.

If you can squeeze it in, it is worth it.
Mike

BckWld..........It is difficult to give advice on your question. Individual variation being what it is. some people would rather go to a Monster Truck rally than a U2 concert. For some a dog show offers more attraction than the Miss Panama Pageant. The photo above by Swivldick shows that this is not just another waterfall. And there are probably some hunters that are not interested in the lore of the Colonial history evident at The Vic Falls Hotel. Best of luck with your trip...................FWB
N

Wheels said:
Victoria Falls is one of the top four places in Africa that are bucket list worthy, IMHO, which doesn't count for much.

Look at a list of excursions/fun things to do around the falls. A person could easily spend a few days doing different things of entertainment/interest.
Click to expand...

buck wild said:
Yeah I'm not an an adrenalin junkie and dang sure not going to bungee anywhere much less Zim
Click to expand...

What's wrong with our bungee jump? Yes the elastic breaks now and again, but you can swim can't you?!
Carruthers

North American 36 said:
What are the other 3?
Click to expand...

Pyramids of Giza. Including Sphinx.
And here I am, returning to Africa of many faces;.... the sloe-eyed temptress with flowers in her hair who stole my youth and my heart, and left me an old man with a kaleidoscope of conflicting memories of many dashed hopes and some fulfilled dreams. E. Echols

North American 36 said:
What are the other 3?
Click to expand...

I have seen the fall 6-7 times since thre 1990s. Will go again. See the VF Hotel to get a glimpse of an Africa that will never return. The photos on the walls are amazing.
Cal Pappas, Willow, Alaska
www.CalPappas.com
"The Best in Double Rifles and African Hunting"
M

Kevin Peacocke said:
What's wrong with our bungee jump? Yes the elastic breaks now and again, but you can swim can't you?!
Click to expand...

Even the baboons watch. From under the bridge while jumpers fly/fall or dive past. Lifetime memories.

cal pappas said:
I have seen the fall 6-7 times since thre 1990s. Will go again. See the VF Hotel to get a glimpse of an Africa that will never return. The photos on the walls are amazing.
Click to expand...

I love the decorum of it Cal, the piano playing during coctails and dressing for dinner. Two of my four daughters who are now married chose to have their wedding's in Vic Falls, one at Safari Lodge, one at Ilala Lodge. Very good both, but maybe the third will choose the Vic Falls and we drive them in the Landy!
Carruthers
M

Speaking about pyramides - they are great indeed. A must see!

But in order for prospective tourist to get entire picture, when passing though Cairo, there are small canals adjoining to Nile.
Those canals are full of plastic bottles, plastic bags and similar non degradable garbage.

On approach to pyramids, there is a possibility for touristic ride on camel, a local enterprise consequently creating one of the largest collection of camel shit in north Africa.

At last, that was the situation when I was there few years ago.
It is really shame, considering the pyramids are one of the 7 wonders of the World.

And there is a Suez canal.
We all know about it.
As a memorial to French who built Suez canal, a 10 meters bronze statue was built, on the entrance of canal, welcoming the ships and passengers entering canal. 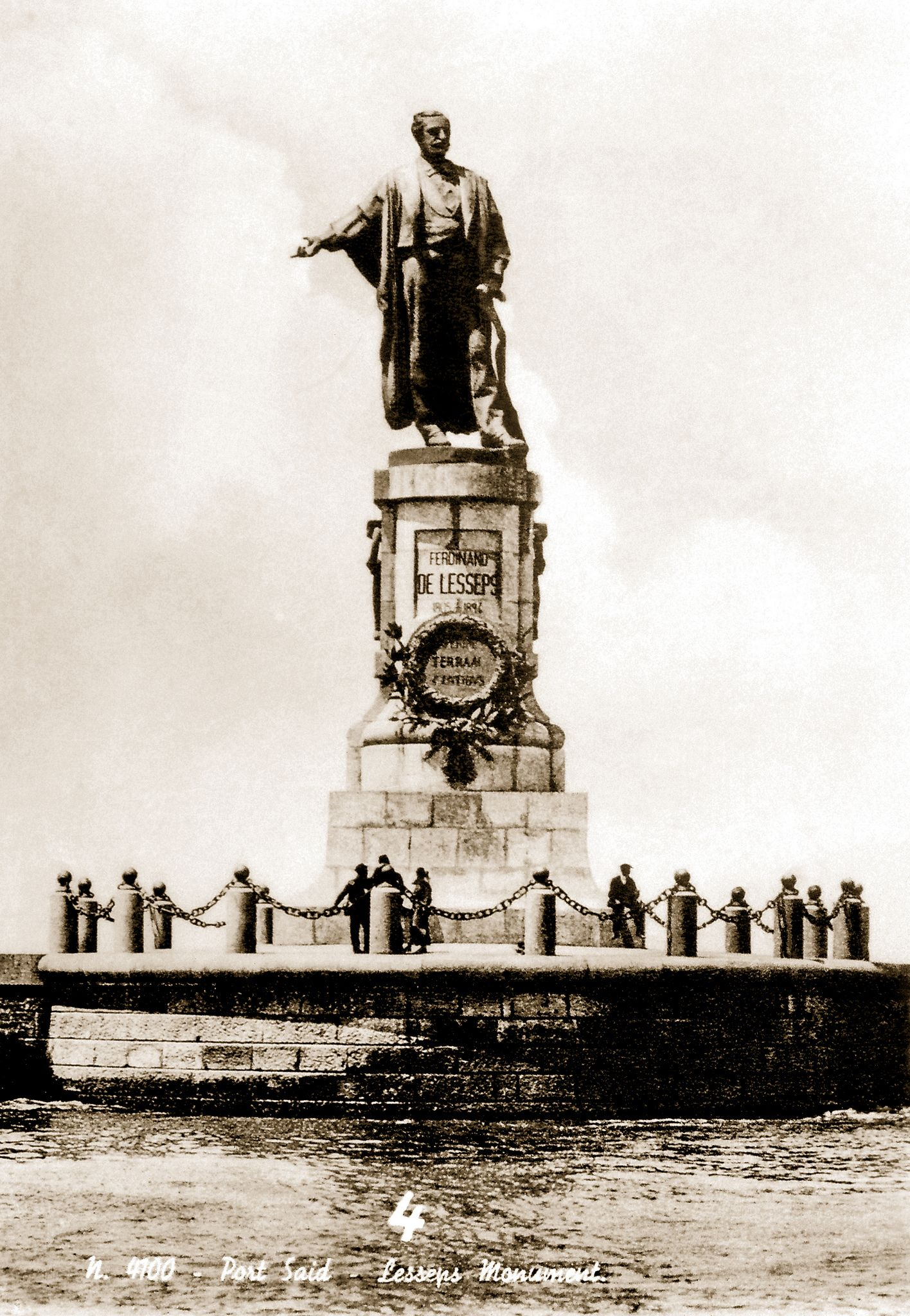 Unfortunately, not any more.
Deliberately blown by explosives in the fifties, during the Suez crises.

Interesting response towards the man who built the Suez canal, to say at least.
You must log in or register to reply here.

How Are Airlines Flying During Covid-19?

Is Zimbabwe Open for Business? Yes