Rickmt said:
Six months ago I ordered a 30.06 from Mr Forbes at New Ultralight Arms. I plan on stuffing it with 165 Nosler Accubonds for everything here in Montana. I am excited to be able to carry a lighter rifle in the mountains.
Click to expand...

I’d love to hear how this shoots as well as how the recoil is Rickmt?
Africa on my mind.

Rickmt said:
I have 2 model 70 featherweights. A 270 and a 300wsm. I love them both . Nothing I have ever picked up feels so right .
Six months ago I ordered a 30.06 from Mr Forbes at New Ultralight Arms. I plan on stuffing it with 165 Nosler Accubonds for everything here in Montana. I am excited to be able to carry a lighter rifle in the mountains.
I will take the 300 wsm to Africa with 180 Nosler Accubonds for larger plains game next June.
Click to expand...

Rick you're on the right track. I previously had s Colt Light Rifle, which was a Melvin designed gun sold for the masses. Fantastic shooter. I did pretty good with 130 TSX's but that gun can turned out my tightest group ever, in the low 2's, using 165 gr bullets. Granted mine were FailSafe not Accubonds, I think you'll find a great balance. An ultra light 30-06 with 165's will just plain do the job. With a modern premium bullet you won't be wanting on performance.
O

The .30/06 ,is a great calibre. I've taken PG up to wildebeest and kudu with no problem. Shot sharks and camels with it, and lots of stuff here in Oz. My daughter even rolled her NT buffalo with my 30/06 - using Woodleigh 180gr PSPs.

Like with any precision instrument, it has to be correctly prepared and used for it's intended purpose. So, as long as you reload intelligently - using appropriate bullet selection - there's no reason why it can't be used for everything up to the heaviest of deer and antelope (including leopard).

enysse said:
I love the 30-06! What not to like? Cheaper ammo....great selection....great availability or supply. Plenty of gun for most game around the world.
Click to expand...

I tried to not like the 30-06 for years, because that's what my Dad and his hunting buddies all used. I thought I was way more sophisticated than them. So I used many other cartridges but never a 30-06 until quite recently. I still prefer certain other cartridges for certain jobs, but now I have a couple of 30-06 rifles and like them too.
E

gizmo said:
It’s like anything else, if a fella buys a rifle puts cheap glass on it the grabs a box of Remington corelocks and expects to go out and be successful he’s fooling himself. These are also the folks that boresite the rifle and only shoot it maybe once a year and at an animal resulting in a wounded/lost animal or a miss then blame the rifle. Truth is to be proficient with any rifle, regardless of caliber, it takes acceptable quality accessories, good ammo, and a ton of sweat equity via practice.
Another issue is using calibers with either poor bullet pairing for game sought or just flat out pushing the caliber beyond its intended threshold.
Unfortunately the above examples are waaaay to common. The average North American hunter is unfortunately part of a group of people that, as a whole, love everything about guns except shooting them. Additionally, the average hunter thinks he knows a whole lot more than he really does.
Don’t get me wrong, there are some super squared away men and women out there and a hellava lot of them on this great site which makes hunting with them a true joy. But..... wow have I seen some fellas that really need to be honest with themself and put forth the effort.
Click to expand...

My favorite 30-06 loves 180 gun Remington Corelocks.
I would love for it to shoot a better bullet nearly as well, but if I HAVE to make a shot, that is what goes in the rifle.
B

I killed my first deer with an '06 forty nine years ago, and yes, it was a 180 grain corelokt. Many more since then, plus a number of groundhogs and varmints and on my one and only plainsgame hunt jackal, springbok, hartebeest, warthog, gemsbok, kudu and zebra have since fallen to my '06. When i do my part, it's one shot kills, everything in Africa was.
I have and use loads with buckshot, 100 grain plinkers, 125 grain varmint bullets, 150, 165 and 180 grain big game bullets.
My problem with it is, I really can't justify getting another caliber. I've had a bunch of other bigger ones that I've sold off, and am gradually selling the smaller bores, as well. Currently i have an itch for another bigger bore, but i just can't come up with anything I can afford to hunt that my old beat up '06 won't handle. That's the problem with an accurate rifle in a versatile caliber. I could live with just my 22, my '06, my 12 gauge and my muzzleloader. I just might be there in a couple years. 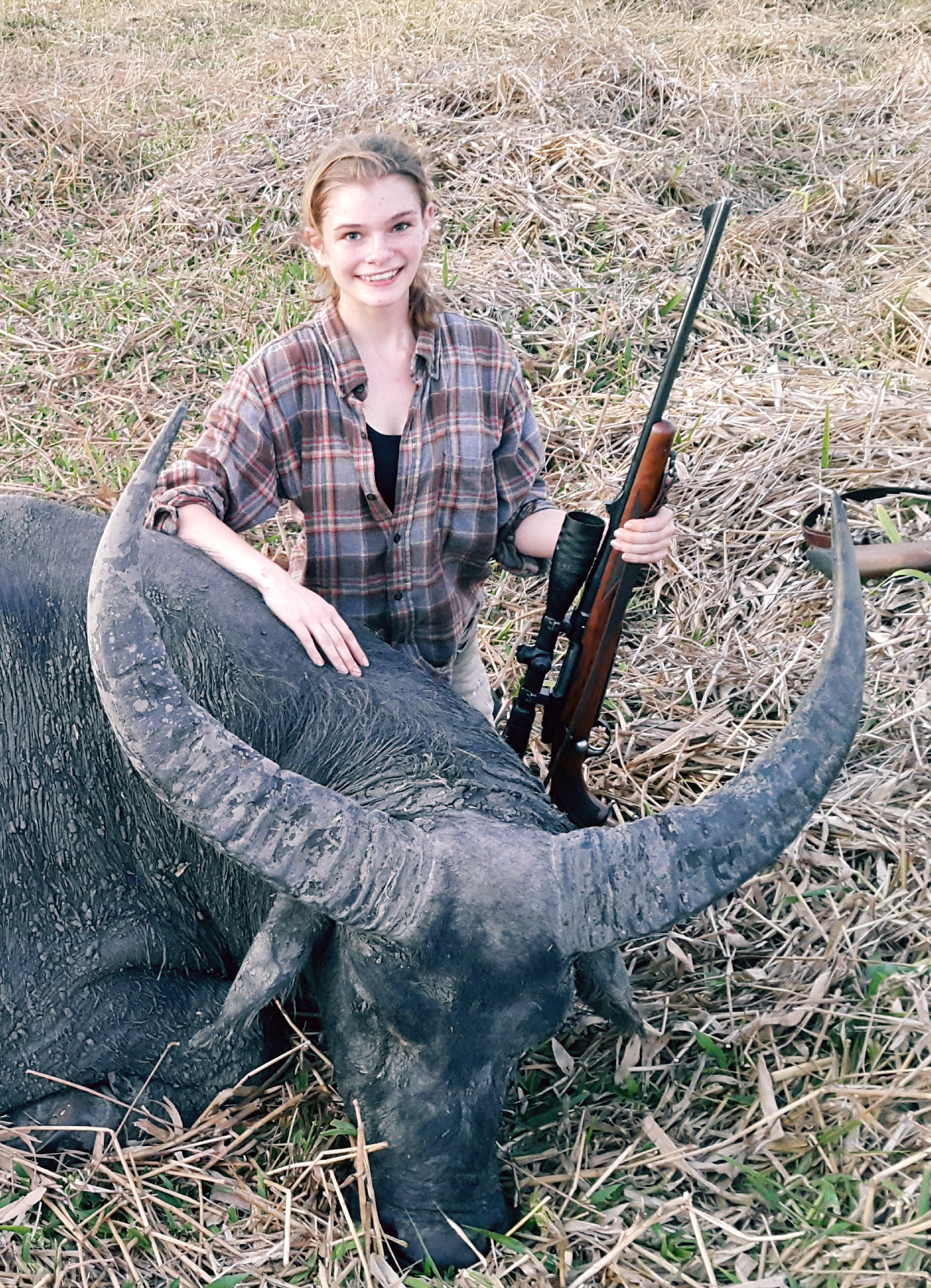 A proud dad as you should be. Lovely young huntress and obviously a great shot!
Africa on my mind.

Ridgewalker said:
A proud dad as you should be. Lovely young huntress and obviously a great shot!
Click to expand...

Thanks mate!! She just loves going hunting with Dad, and especially so in Africa (And btw I'm still ticked off we each missed the Group Hunt in July!!).

The '06 works just fine, just don't ask it to do what it was not designed to so.
Terry Blauwkamp
If I can be of any help, feel free to PM me.

My first encounter with 06 was an issue M-1 Garand compliments of Uncle Sam way back in the dark ages. Love at first round and still to this day. I just bought an 06 from MRC. My first one in years except for my old match grade M-1. It was made the same year I was and shoots better than I can. Once you have an 06 you can't live without one.

Never fired one but I reckon they must’ve be a favourite with the Yanks. They like the Ought-6
My guess is the .308 is more popular down under for various reasons but we’d all know the .30-06 has a little more go and it’s offspring the .270 is highly regarded
Chris “Australia"
Dreaming of Africa, Hunted Africa, 2020
The website made me do it!

Very nice and I must say “congratulations”. 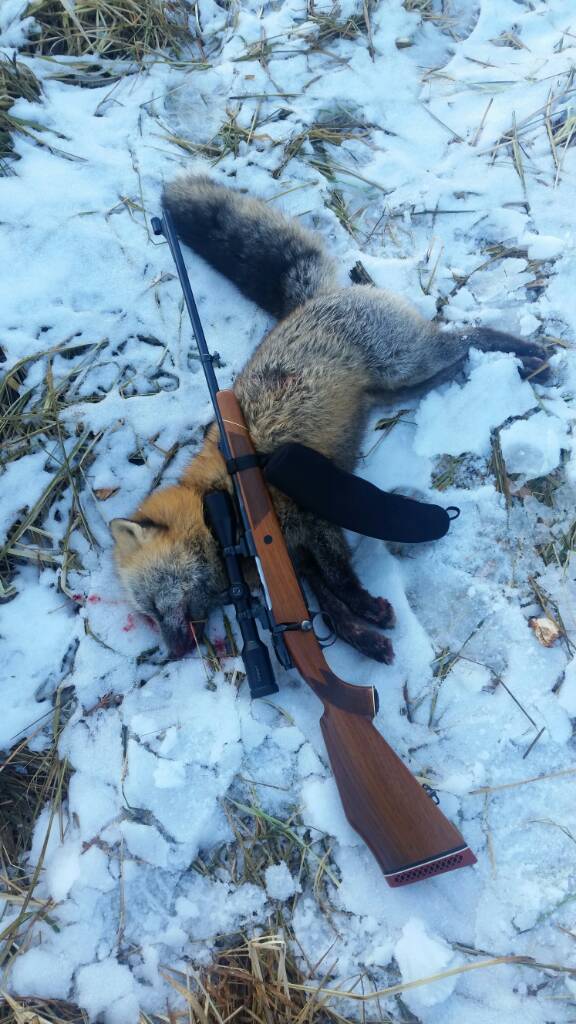 What Calibre to Bring on a One-Gun Safari?