Where To Go For Warthogs????

Great warthog can be found in a number of locations.

Consider hunting towards the end of the dry season when vegetation has been eaten or trampled down. You have to view the warthogs to shoot them.

As has been mentioned. Areas with rocky ground tend to have warthogs with broken tusks. Broken tusk warthogs can still be amazing trophies.

Top Warthog Producing Countries in Africa (based on SCI) 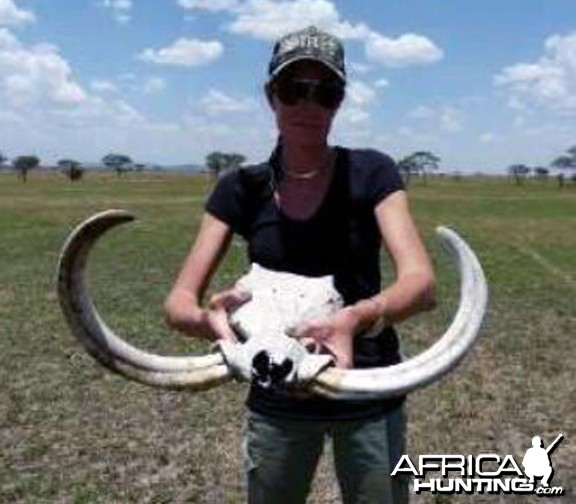 ThomasBeaham said:
TOM, what's the story behind it?
Click to expand...

He was born as the uncommon offspring of a 100lb tusked bull elephant and a thick tusked warthog female. He grew up on the tough streets of Joberg. After primary school it became apparent that he was "gifted" anatomically and several of the local sows were fighting for his attention. This attention grew so that he was eventually recruited to the hills outside of Los Angeles where he became a star of "adult swine films" After successfully releasing such hits as "pork slamming" and "just rootin' around" he had a very close call with swine venereal disease. He decided to hang up his "acting" skills and move home.

Soon after his arrival home, he became the proud father of a litter of piglets, each as endowed as their father. For the next several years he fathered numerous offspring and lived the easy life.

After a long and adventuresome life, he died trying to sneak under a fence into a neighboring grain farm. His massive tusks, the items that made him a star, got caught up in the fencing and he passed away with no fanfare. Long live "Hard Tusk Harry" and may his memory live on for generations.

OK, I have no idea where he came from....i just got sent this by a PH friend of mine. If anyone really knows I would love to hear it.

Anybody seen this monster before? I just had to post it. Unreal.

www.africahunting.com
And here I am, returning to Africa of many faces;.... the sloe-eyed temptress with flowers in her hair who stole my youth and my heart, and left me an old man with a kaleidoscope of conflicting memories of many dashed hopes and some fulfilled dreams. E. Echols
You must log in or register to reply here.

W
Not enough warts to go around???

Where would you go ?