Where To Go For Warthogs????

A friend asked me about going back to South Africa and doing a hunt for a great warthog and perhaps just a couple other animals.

I hunted the area around a hour north of Port Elizabeth the first time and while there were warthogs available most of the areas were too rocky to allow them to get the great tusk that I want. We did see one nice old boar but once he disappeared into some brush we never did find him. One of the other hunters did get into some nice ones but at the time he was also hunting fallow deer which were not on the farm that we were hunting and they had to drive a few hours to get to the area that they hunted them.

So, if I wanted to find a great outfitter with some great warthogs and perhaps a few other animals where would I go and with whom? I'd also like a zebra rug but am not sure of what the other person would like to shoot. But I am sure that he would be flexible. Then there are always the animals where the PH says to shoot and you just shoot it and worry about it later.
If you don't care where you are, you are not lost.

You are correct, the rockier the soil the harder it is to find good tusked warthogs. I have found better tusked warthogs in Namibia in the sandier soil.

I have taken my best warthog in Limpopo, I didn’t see the numbers as elsewhere but quality is there 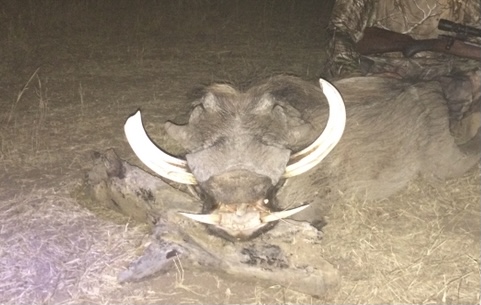 I hunted in Namibia oct 2019, saw a ton of warthogs and got good ones but the drought definitely had an impact on the age structure, a lot of older boars were no longer there 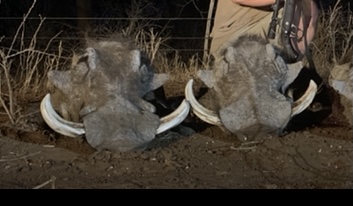 This offer seemed really interesting, maybe look into it further?

Good day AH community, I trust you are all doing great and have been enjoying all your respective shows around your various hometowns! I know we thoroughly enjoyed our European circuit! Today we have a phenomenal offer on the cards for anyone interested in checking a big pig off their list. As...

I recently read that there are free range warthogs in the Texas Rio Grande valley.
As shallow as the river is, they should be in Mexico also.
CRS, NRA Patron Member, DRSS, DWWC, TSRA, Whittington Center,
Android Ballistics App athttp://www.xplat.net/

@Bos en Dal Safaris has access to some of the densest population of big tusked warthogs I have seen anywhere...

It is warthog hunting paradise.. and only roughly 30 minutes from the main lodge..


The same property has a significant amount of SCI Gold Kudu running around as well.. While in a hide near a small pond waiting on warthog to come in, we had a 57" kudu come to within 40 meters of us and just sit and stare for probably 10 minutes before he decided to find a drink elsewhere.. We also saw at least a dozen or more other kudu in the 52" - 54" range on the same day..

Warthogs are great. I hope you find some nice specimens. I only shot culls but th experience was great and the trophies can grow out for a collector
Chris “Australia"
Dreaming of Africa, Hunted Africa, 2020
The website made me do it!

The areas mentioned above do sound like great area to check out.

I'll have to get with the other person and see what he likes. Right now it doesn't look like it would happen until 2022 at the earliest so we have some time to look and plan.
If you don't care where you are, you are not lost.

crs said:
I recently read that there are free range warthogs in the Texas Rio Grande valley.
As shallow as the river is, they should be in Mexico also.
Click to expand...

I don't know about free range warthogs but looking at the prices for hunts for them in south Texas and you might as well as go to Africa and enjoy the trip over there.
If you don't care where you are, you are not lost.

The area around Hochfeld in Namibia has, or had, a lot of warthog when I hunted there. We hunted on several farms. The farmers said just keep on shooting. So we did ! 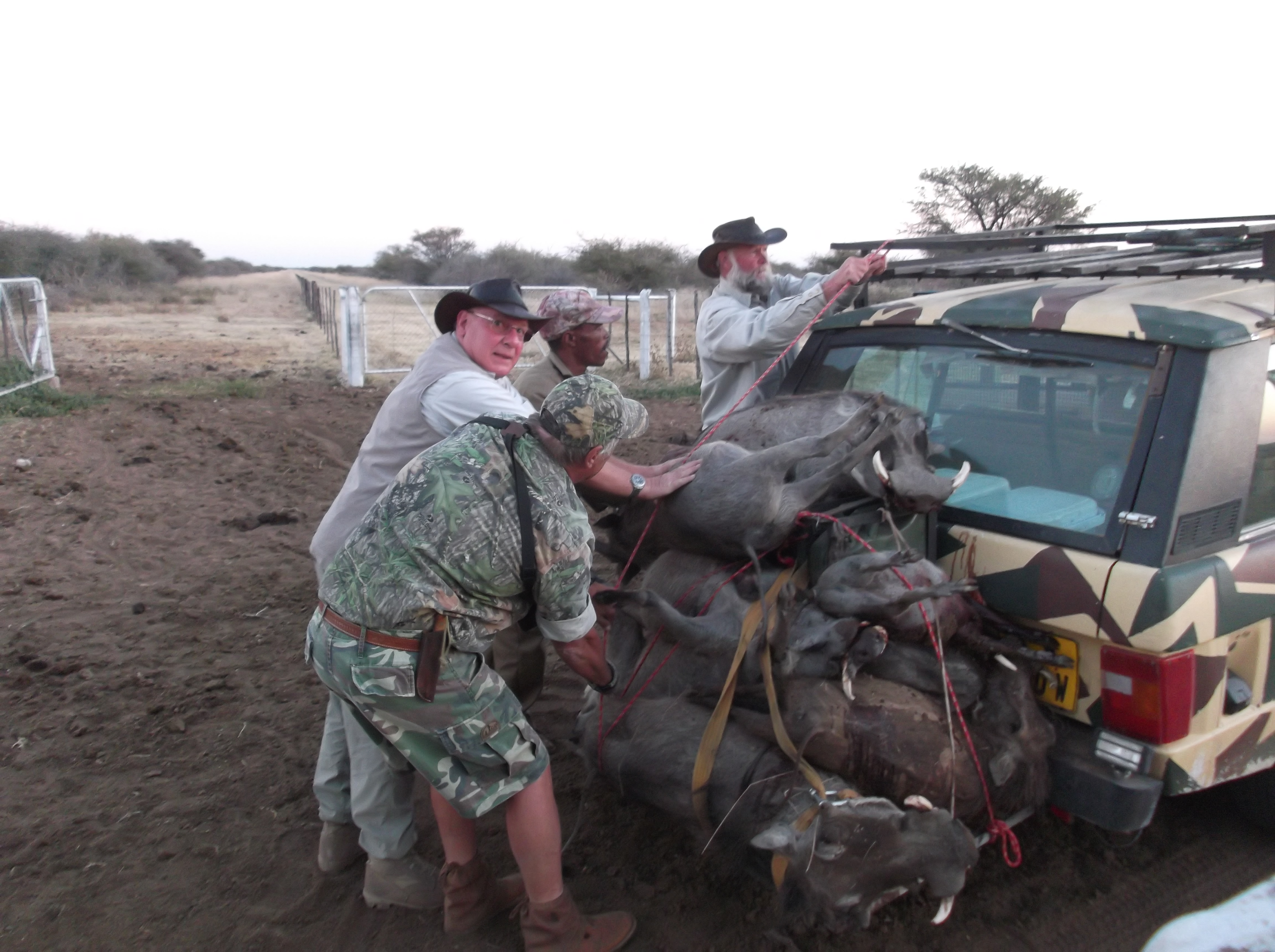 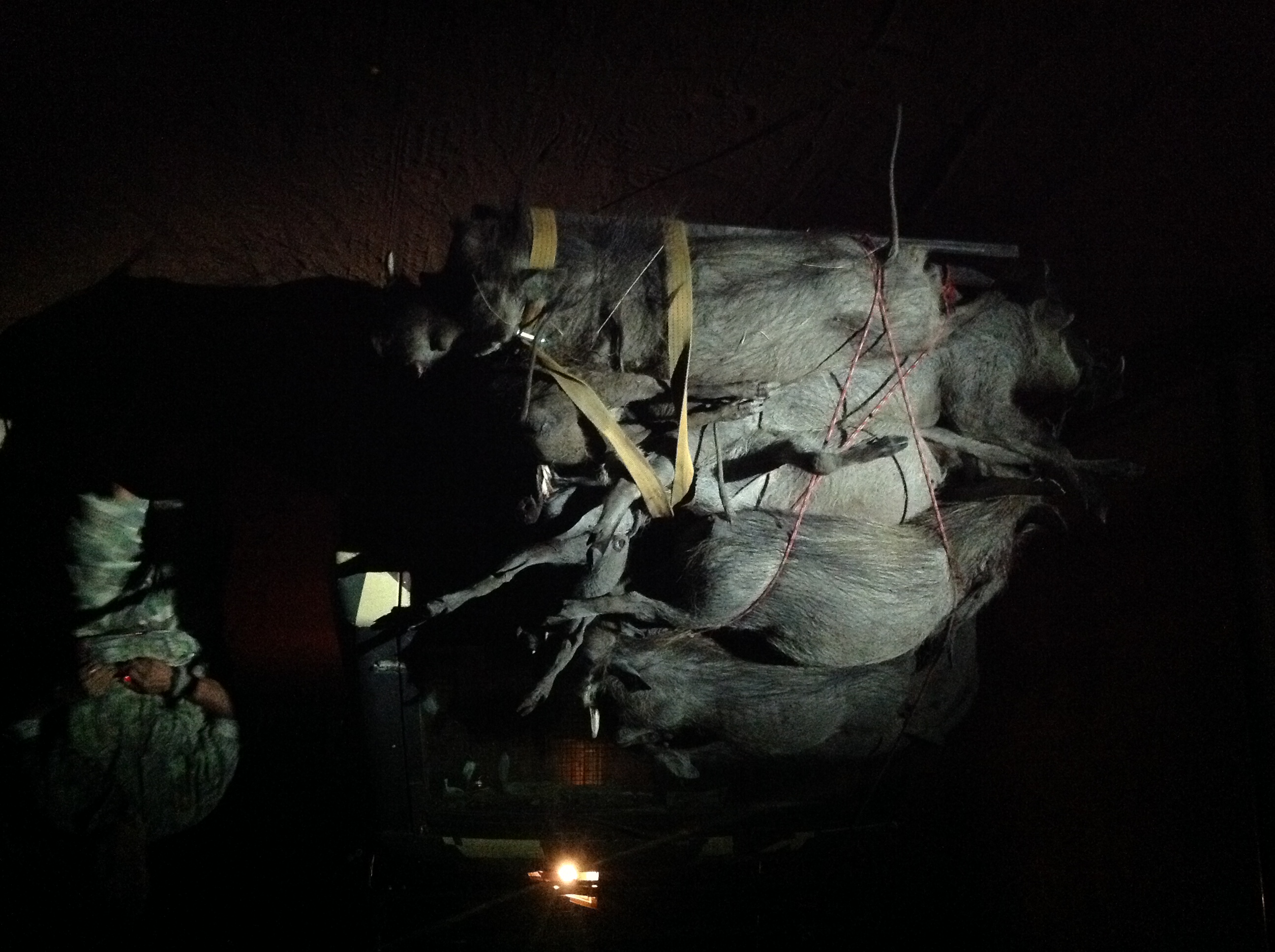 It's strange that in one area they are more of a pest and then the next area they are a hard to find trophy
If you don't care where you are, you are not lost.
T

The best warthog opportunities currently are around Washington DC. But if u want a free range experience I can recommend the limpopo region as mentioned prior

I took a fine one in 2018 in the Nothwest and another fine old old one in the Kalahari area of Limpopo. As mentioned rocky areas have had badly broken tusks. Also areas with sugar cane seem to have decayed tusks IME. I really have enjoyed hunting warthogs although the ones I have taken have been incidental while focusing on antelope.
Africa on my mind.

You can be lucky anywhere - 13" and shot in the East Cape not far from PE. 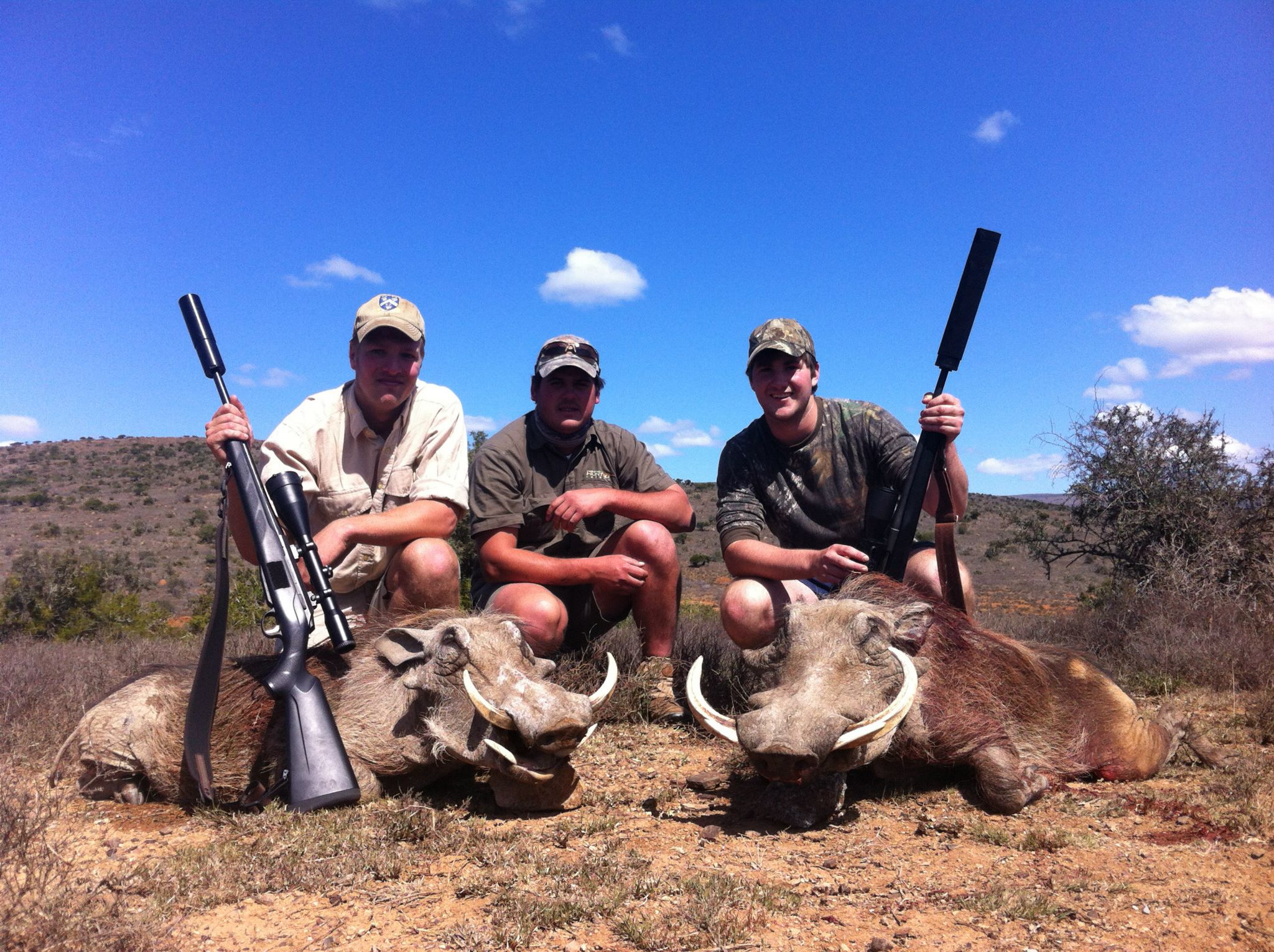 I have 14 warthogs, the largest is from the Northern Cape.

But, it´s a question of luck, a friend of mine has very good ones from Limpopo. 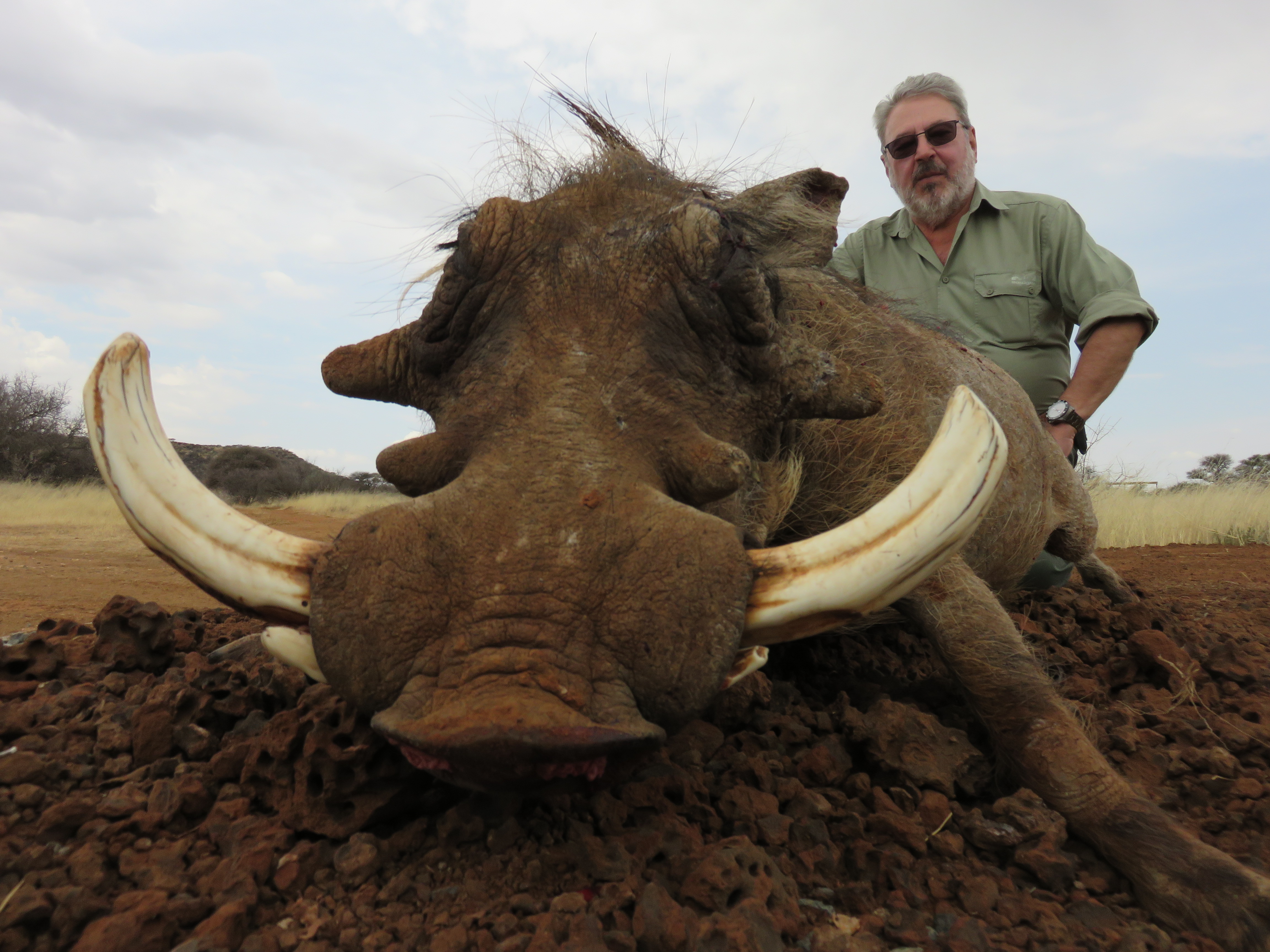 On my trip back in 2015 we actually sat in a brush pile where we could watch warthogs come and go through the open area. I have no idea of how many we watched come through but most of them had broken tusk or were young ones just starting the growth of the tusk. This was in a sandier area that was near the southern coast. We just couldn't find one that had good tusk that were not broken.

I understand the luck side of it. One of the other hunters did happen into a couple of nicer ones but it was just that luck.

I plan on going to a area where they are more common and you don't have to depend on the luck factor to find a couple with good tusk.
If you don't care where you are, you are not lost.

Coutada 9, Mozambique, lots of them and big, plus great plains game diversity, big and wild country
I

My only two so far. 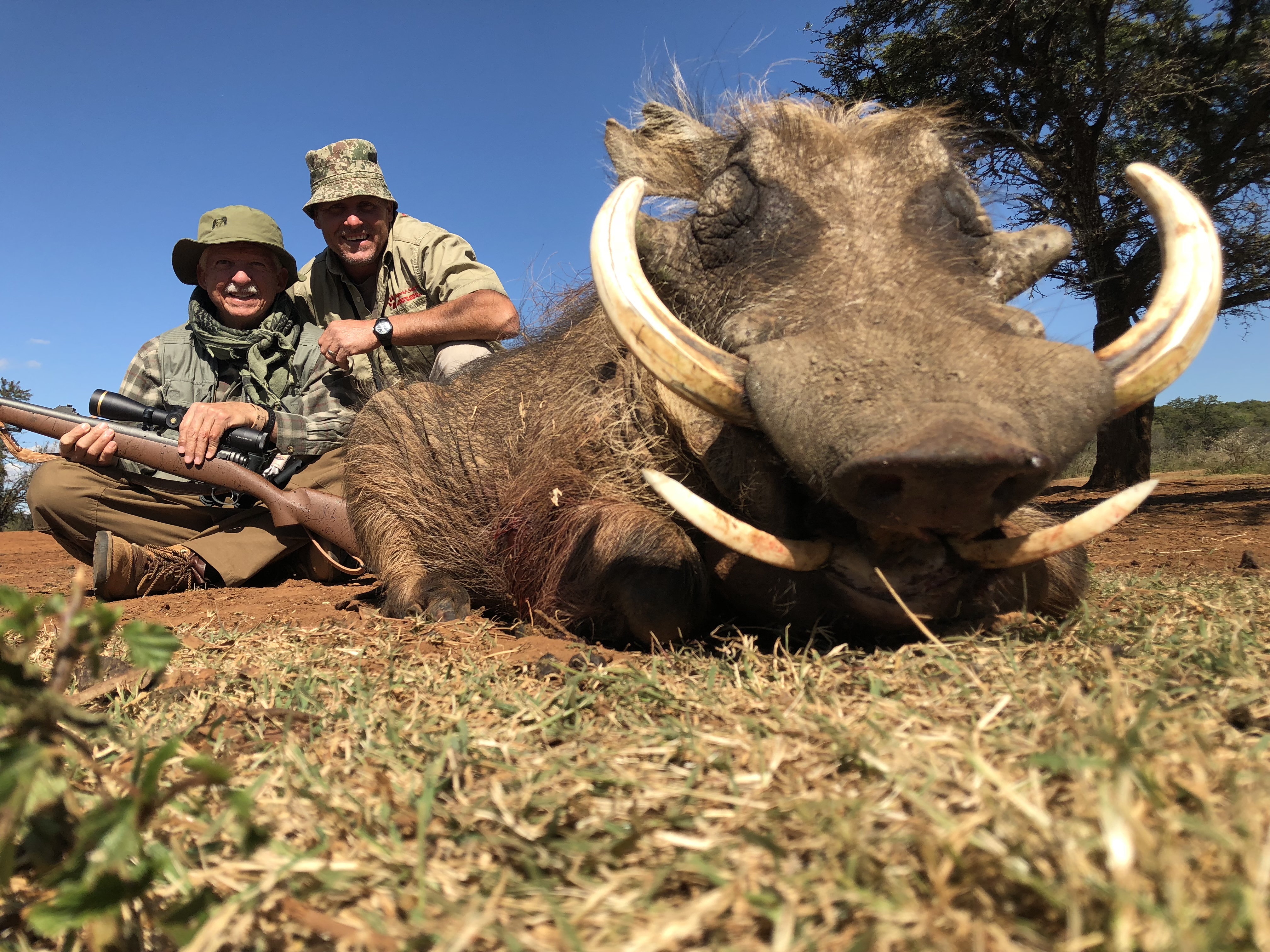 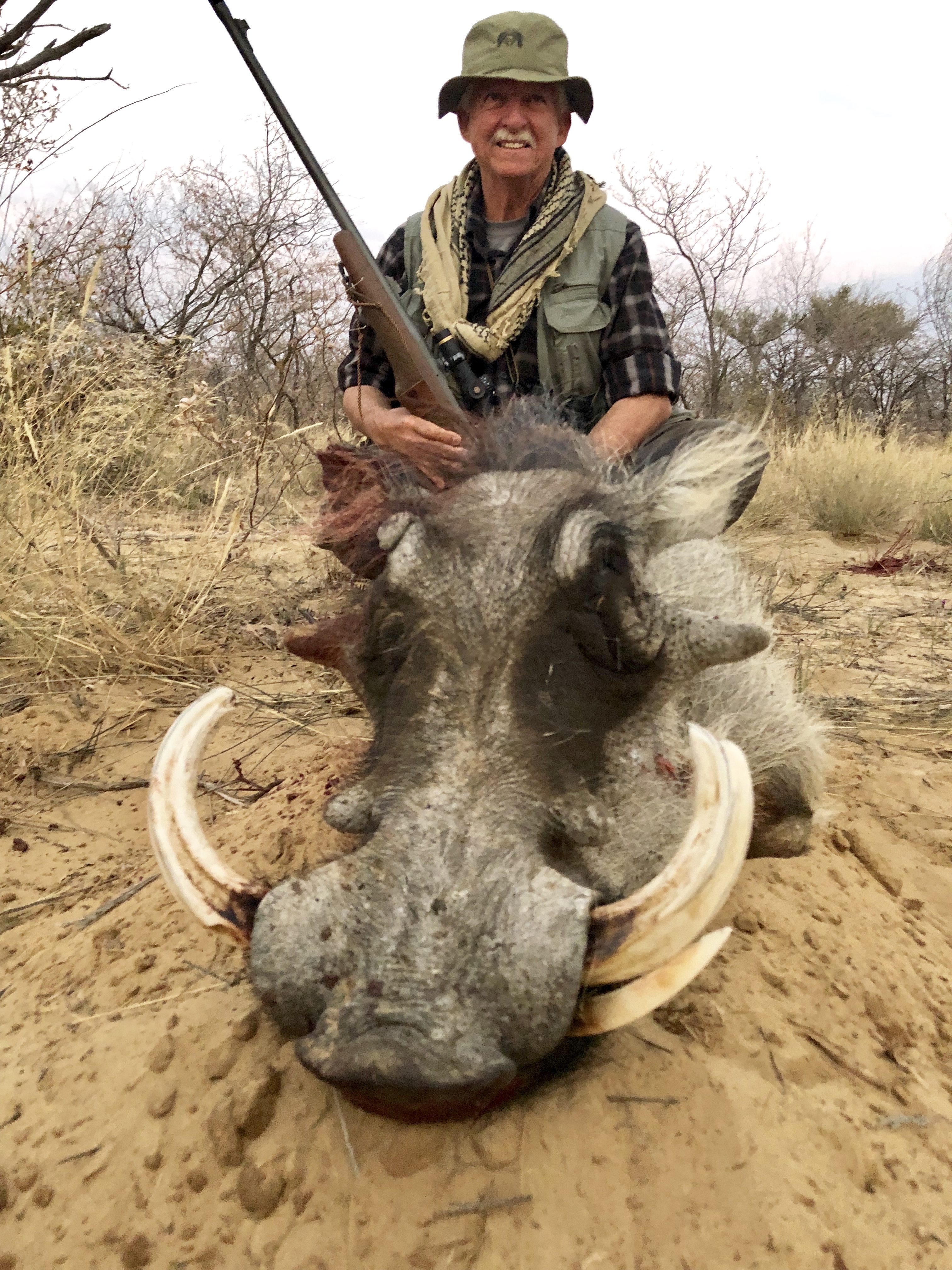 Africa on my mind.

Have seen them most everywhere. The highest density by far with the largest average size was in Mozambique- an area not far from Coutada 9 as was posted earlier. Seemed to be high percentage of big old boars relative to the overall population. The only one I ever killed was laying injured beside road. I would think that their populations can fluctuate quite a bit over time relative to conditions present.

I seen some nice big ones in the Kalahari in Namibia. They were everywhere. Took a nice one with my 375 .

W
Not enough warts to go around???

Where would you go ?