Hi Guys,
Just back from 10 day cape buffalo hunt in the Caprivi with VAN HEERDEN SAFARIS

Van Heerden Safaris have hunting rights for the Dzoti tribal conservancy, which is one of the few areas where you can still hunt four of the big five in Namibia.

I caught a connecting flight from the capital Windhoek up to Katima Mulilo Airport at Mpacha, from which they arranged transfer to the hunting camp.

Dzoti hunting concession is one of the youngest registered conservancies but definitely one of the most promising big game hunting areas in Namibia. The area comprises of 250 km square and borders directly with three major National Parks, with Mudumo National Park in the North-West as the border.
The south æ®†estern limit is Mamili National Park with its complex channel of reed beds, lakes and islands that make up the Linyanti swamps. The south eastern border is the Linyanti River of which the opposite shoreline belongs to the world renowned Chobe National Park of Botswana.
Here spectacular herds of Elephant, Buffalo and Red Lechwe are some of the highlights. Plenty of Hippopotamus, big Crocodiles, Reedbuck and the more elusive Sitatunga are at home here.

The hunting territory ranges from relatively open Mopani woodland to swampy reed marshland. We regularly saw large herds of buffalo but the big Dagga boys love to hide up during the day on islands surrounded by swamp, before venturing out as night falls, to raid the locals maize crops. Needless to say the tribes people are very keen for paying hunters to take out these raiders and provide the people with fresh meat!!

Problem and meat animal hunts are occasionally available at short notice, so for hunters who cannot afford trophy hunts, it is certainly worth enquiring about problem animal availability, as these hunts can be had at up to half the full trophy fee rates.

For hunters who like a challenge, sneaking up on the big Dagga boys lying up in the swamps during the day is tricky to say the least, but a hell of a lot of fun!!

I reckon its all part of the deal hunting this late in the season, but you must be prepared to get wet, muddy and eaten alive by mozzies. If that all sounds a bit daunting, then I suggest you stick to the relatively easy going, early morning stalks on the bigger mixed sex herds.

The professional hunters, Hentie and Falco will guide you in selecting one of the big bulls that lead the herd, as they graze across the lightly wooded Mopani grass lands.

The herd I shot my bull from had at least ten trophy size bulls as big, if not bigger, than the one I shot with the .375 I borrowed from the PH.

Both, Hentie and Falco are experienced, reputable hunters and regularly guide clients on Elephants, so their back up weapons of choice are a .458 Brno and .500 custom Jeffery open sighted rifles, for close quarters stopping power.

The hunting accommodation is presently a tented camp with comfortable beds and good toilet and shower facilities in each tent. There is a communal tent for meals and the essential celebratory drinks after a successful days hunting.

Their cook constantly impressed us with the standard of her cuisine and the rest of the staff took good care of house keeping duties, including washing my muddy trousers, ready for the next days hunting.

I had a great time hunting plains game with Hentie Van Heerden previously in Damaraland, but there's nothing quite like the adrenaline rush of hunting dangerous game species like Cape Buffalo, Elephant, Hippo and Crocodile.

If cats is your thing, they also have Lion and Leopard on quota.

Here's a few pics to give you the flavour!! 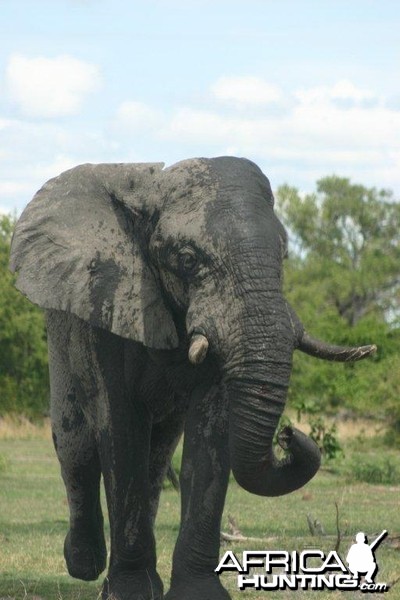 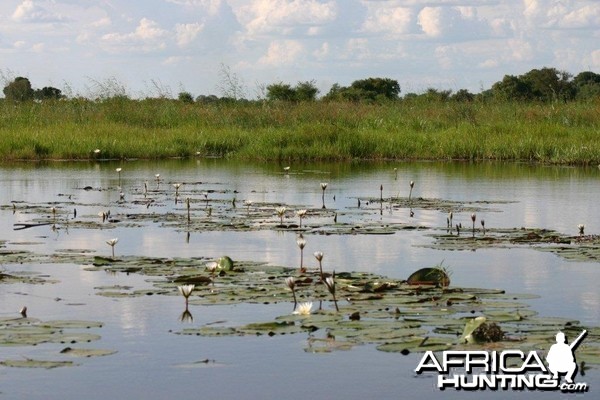 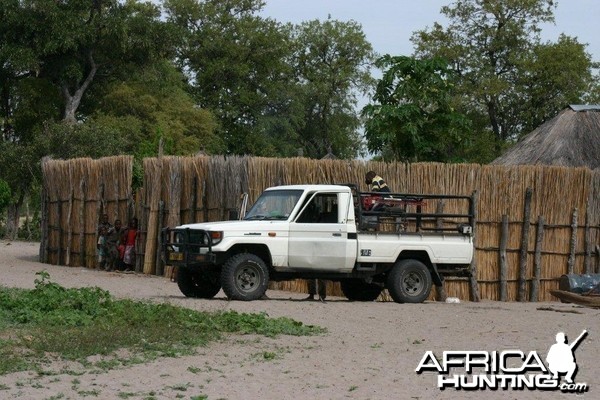 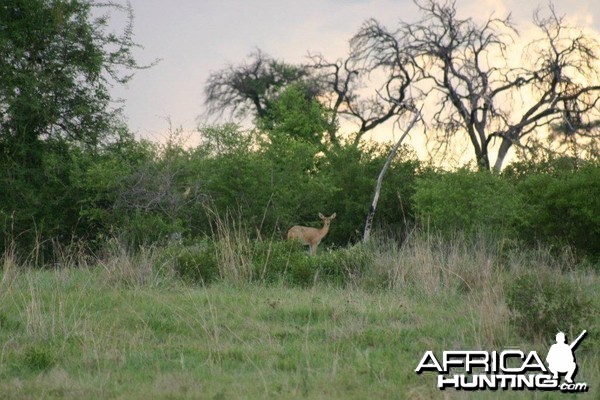 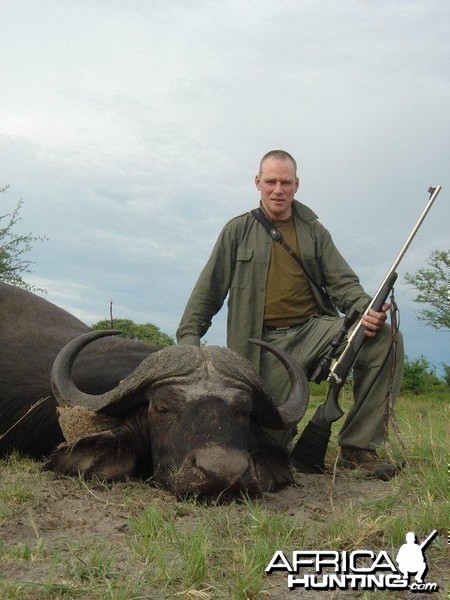 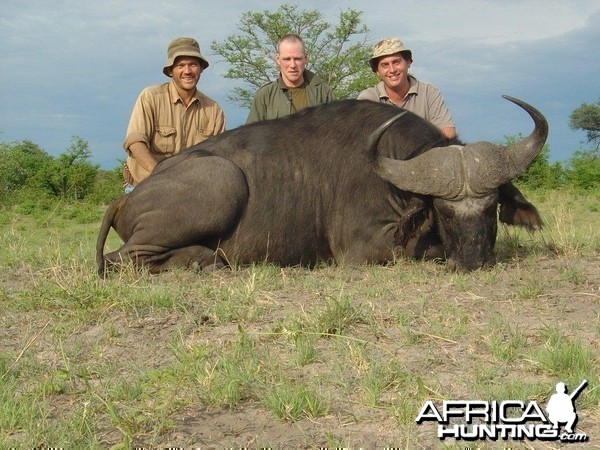 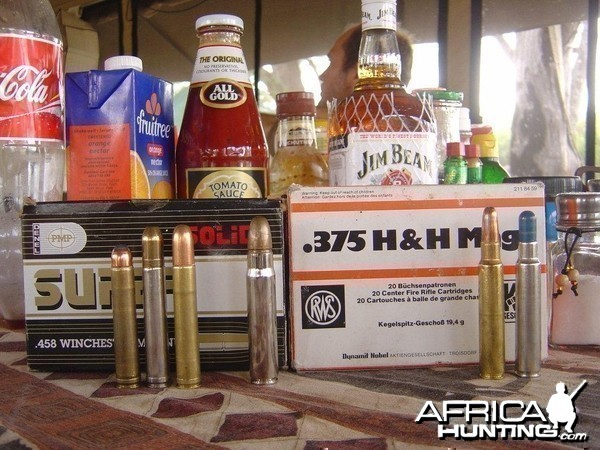 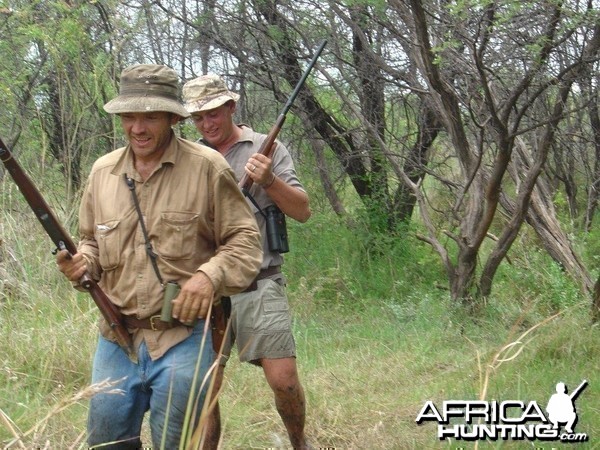 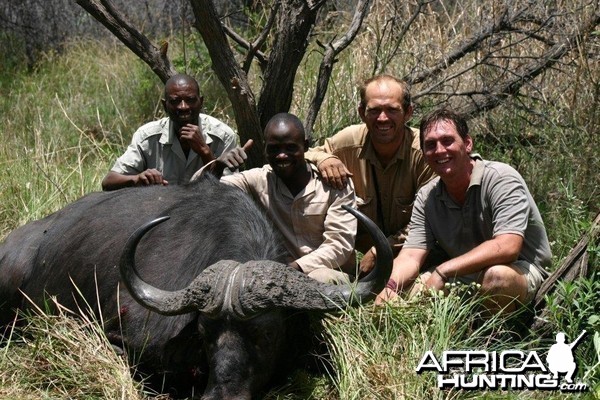 congrads on your hunt. i will be there in june for 25 days. i will tour the caprivi for 3 days and self drive the parks around the area you hunted. i will hunt plains game on this trip but can see myself taking the plunge some day for buff.

Nice Cape buffalo! Thanks for the hunt report! Did you see any sititunga at all?
P

enysse said:
Nice Cape buffalo! Thanks for the hunt report! Did you see any sititunga at all?
Click to expand...

No I was not looking to shoot one this time, so we did not go looking, but they are definitely there if you want one.

I can imagine it would be quite an exciting and slightly dangerous hunt slipping thru the reed swamp in a dugout,.. always on the look out for rogue hippos and crocs!!
You must log in or register to reply here.

Buffalo hunts in the Caprivi