Not really a shock that the Anti's are upset with the owners of Lions in South Africa.

Apparently now alleging that there is a Lion processing plant in the Free State and that it is actually processing Lion parts. My question is, what the hell did they think was going to happen. The "farmers" think of the Lions just as a commodity and a product to be raised and sold. Attacked the hunting community and they have shifted their production focus. (No more pictures of happy hunters to bash!)

In September 2016, the CITES Committee announced it had approved the ongoing trade in lion bone, setting ‘quotas’ for the selling of bones of captive lions.

“From the outset, Blood Lions has opposed the issuing of a lion bone quota on a number of grounds, not least of which was that it was being done without any science to support the quota.”​
What science do they think is required to set a quota on pen raised livestock? The animals breed, you feed them and when they reach market age/size you process them!


It's legal, they have export permits etc., etc.

Judging from the first picture below they have an effective feeding program from a trailer going through a paddock. Every Lion looks to be well fed in that photo. Hell, they might even be able to certify them as "free range" just like chicken eggs back home.

Accompanying photos to the stories. Credits CIA. Not that one, the one in Africa. 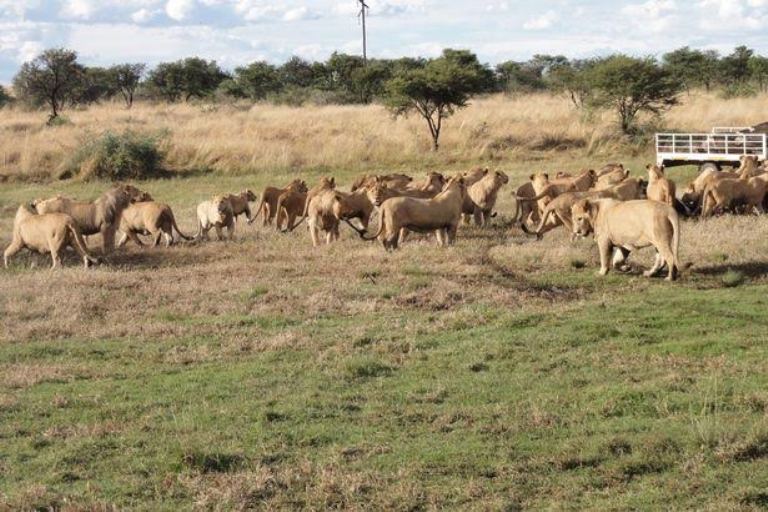 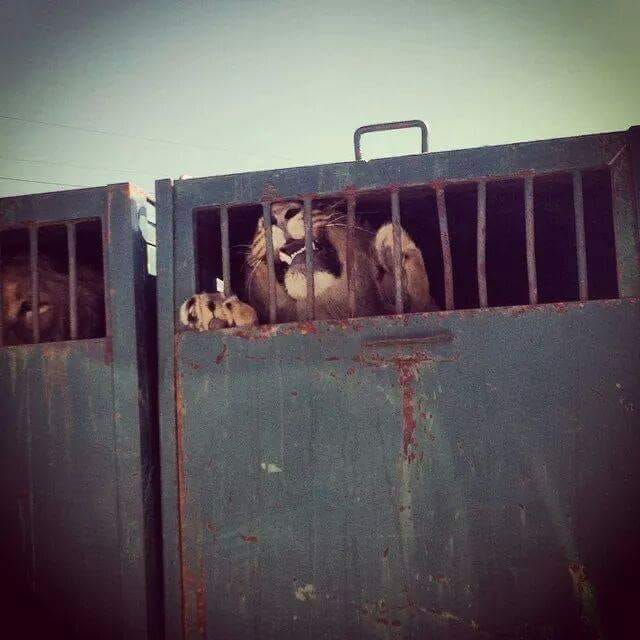 Thanks for posting Wayne. That’s not the way my neighbor and I growing up would feed the lions. We just threw the carcass of whatever down by the cage and they pulled it inside.
Yep free range lions!

The gruesome discovery of at least 54 dead lions and a further 260 plus lions in captive conditions at Steyn’s farm, Wag n Bietjie, last week, sparked public rage over lions and tigers that are bred for the bullet and skinned for their bones for export to South East Asia’s widely unregulated medicine markets and wildlife body-parts trade.
May 10, 2018

Have to think about how this might play out.

It's possible that in the longer term, the money will be in the raising of lions for the Far East traditional medicine market than for hunting. That would change the economics of the business, but it wouldn't be the first time.

I guess what this means is that if some thought that by going after hunters, they would put an end to the captive raising of lions, they might have been mistaken.

BRICKBURN said:
lions and tigers that are bred for the bullet and skinned for their bones for export to South East Asia
Click to expand...

I'm intrigued about this comment on tigers. Was not tracking any tigers available for hunting
You must log in or register to reply here.