For any interested members out there, here's a recent account of the Global Rescue operations team in action. You'll also find an article from Global Rescue's African Regional Medical Director with some useful advice on the risks and safeguards of malaria in Africa. 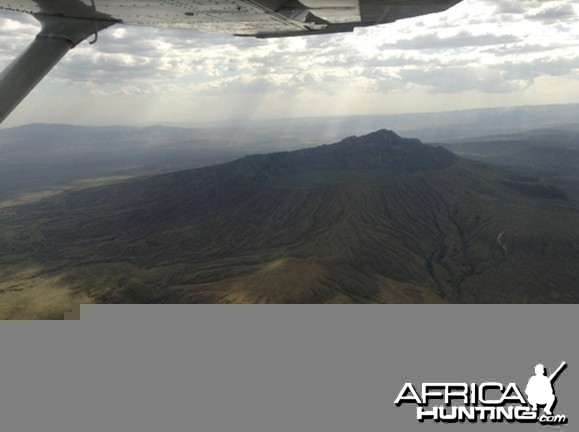 The Rift Valley as seen by Global Rescue's deployed paramedic

Sometimes innocuous, seemingly harmless symptoms can be harbingers of something much, much worse.

The member in question was in good health before the onset of seemingly minor symptoms. He initially experienced minor headaches and a low-grade fever, but felt well enough to return to work the day after he experienced them. However, the seriousness of his condition was revealed when a colleague found him unresponsive on the floor that evening. As he entered the room, he watched as the member suffered from a series of seizures. He quickly alerted the hotel staff who called an ambulance which immediately rushed the member to a hospital in Kampala, Uganda for medical attention. Shortly thereafter, Global Rescue was notified and scrambled a medical team and aircraft from Nairobi to transport him to a facility better equipped to handle critical patients. Unconscious with his vital signs deteriorating, it was clear that the member may not survive the transport. The primary diagnosis was cerebral malaria and it was determined the best, closest location to undergo treatment was in Nairobi. The member arrived at Nairobi General Hospital in critical condition and was immediately admitted to the ICU. In addition to the transport team, Global Rescue deployed a paramedic to the member's bedside to monitor his care and act as a liaison between physicians in Nairobi and Global Rescue's and Johns Hopkins' medical teams in the U.S.

For the first few days, his condition was extremely worrying: he was nonverbal, unresponsive to pain, and experienced difficulty breathing. When able to speak, he was often incoherent and suffered from short-term memory loss. During this period, Global Rescue's paramedic spent as much time as possible with him to monitor his condition.

The treating physician confirmed that he had cerebral malaria, a dangerous and often fatal condition which develops when parasitized red blood cells form clots, thus preventing oxygen and essential nutrients from reaching areas of the brain. Serious brain damage can often be the result.

Fortunately, due to the attending physicians' excellent care, coupled with his swift evacuation, the member continued to show steady improvement over the following weeks. He was able to communicate effectively, follow commands, and seemed generally sharper and more aware with each passing day. Though he remained dependent on supplemental oxygen to breathe, his physical condition steadily improved, and he was eventually able to stand and take steps with assistance.

Once Global Rescue's medical team determined the member was fit to fly, transport was arranged for the member and his family to fly to Amsterdam, Holland, his preferred destination for continued treatment. They were accompanied by a paramedic during the flight and an ambulance was waiting at the airport in Amsterdam to transport the group to the hospital, thus ensuring proper treatment and care every step of the way.

Unwanted drama arose when the member's sister was pickpocketed in Nairobi, resulting in the loss of both her and her brother's passports. Global Rescue worked with Kenyan police to report the theft, and collaborated with the Dutch Embassy to obtain temporary passports and inform them of their arrival.

After the group landed safely in Amsterdam, they travelled to his hospital of choice to continue his treatment. Global Rescue has maintained communication and the member continues to recover.

For advice on how to reduce the risks of malaria, read this interview with Global Rescue's African Medical Director.

Click HERE to read the story posted on Global Rescue.


Malaria: Global Rescue's Phil Seidenberg tells you what you need to know

Phil Seidenberg, Global Rescue's African Regional Medical Director, talks to Anthony Acerrano and Sports Afield about ways to reduce the risks of malaria. With 5 years spent living and working in Zambia, he has encountered and treated his fair share of cases.

Global Rescue Deploys To Uganda For Member With Cerebral Malaria