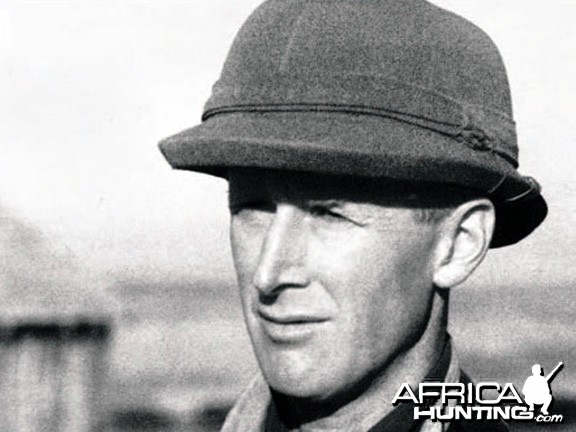 Denys George Finch Hatton was a son of Henry Stormont Finch Hatton, 13th Earl of Winchilsea, by his wife, the former Anne "Nan" Codrington, daughter of an Admiral of the British Fleet. The second son and third child, he was educated at Eton College, and Brasenose College, Oxford.

The second son and third child, Denys was his mother's favorite and the darling of everyone he met. He was especially popular at Eton, where he impressed his friends with his sense of humor and wit. He excelled in cricket, football (soccer) and golf; in singing, drawing and mimicry; and in poetry and story-telling. Still, he was not a dedicated scholar. He entered Balliol College, Oxford, and finished with a poor Fourth. During this period he shaved his head as a prank, and his hair is said never to have really grown back. He was bald at age 40 . Despite this he was good-looking, with full lips and the well-defined features of an aristocrat. He was 6 feet three inches tall and had the fair complexion of his mother, a strawberry blond. Many have chronicled his cat-like grace of movement and unusual talent as a hunter. 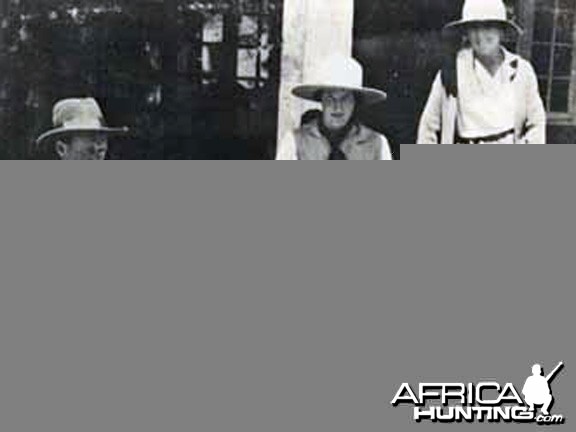 In 1911, after a trip to South Africa with some relatives, Denys, age 24, traveled to British East Africa (B.E.A.) with money left to him by his deceased uncle. He bought some land there, on the western side of the Rift Valley near what is now Eldoret. He did not farm it, but turned over the investment to a partner, while Denys spent his spare time hunting. He began what would be a life-long pattern of spending autumn and winter in Africa and spring and summer in England.

Denys' brother had married Margaretta Drexel, the daughter of an American banker, but Denys himself is not known to have had any romances before he met Karen Blixen (two years older than him) at age 31. The two were first introduced at the Muthaiga Club on the evening of April 5, 1918. Soon afterwards Denys was assigned to military service in Egypt. In the early part of the Great War he had been A.D.C. to Major-General Hoskins in East Africa. After his transfer to the Middle East he planned to become a pilot but a foot injury prevented him from taking flying lessons. 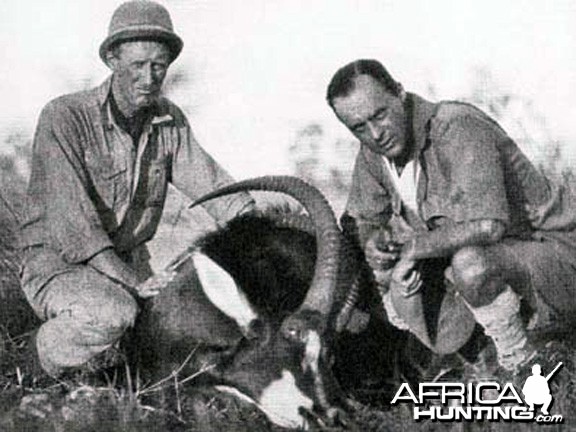 Upon his return to Africa after the armistice (November 11, 1918), he developed a strong friendship with Karen Blixen and her husband Bror. He had many friends among the African settlers but, after leaving Africa in 1920, it appears that he did not return to Africa for over a year because of economic conditions. He sold his African farm. He was a big-game hunter, and the lover of Karen Blixen (also known by her pen name as Isak Dinesen), who wrote about him in her autobiographical book Out of Africa first published in 1937. In the book, his name is hyphenated Finch-Hatton.

However, in 1922 he returned, and invested in a land development company, Kiptiget, Ltd. His friendship progressed with Karen Blixen, who had separated from her husband. Denys lived in a cottage at the Muthaiga Club when he was not on safari, but after her divorce in 1925 he moved into Karen Blixen's house. Twice, in 1923 and in 1926, Karen Blixen believed she was pregnant with Finch Hatton's child, but she miscarried.

In 1925, Denys took up hunting professionally and began leading safaris for wealthy sportsmen. Among Finch Hatton's clients were Marshall Fields, the Chicago department store magnate; Frederick B. Patterson, an American vending machine tycoon; and, in 1928 and 1930, the Prince of Wales (later Duke of Windsor). 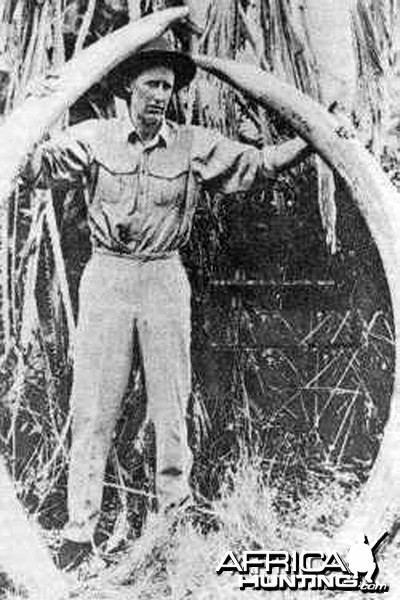 From the war years when they met in Mesopotamia, Finch Hatton maintained a friendship with Teddy Roosevelt's son, Kermit, but Denys never travelled to the U.S. He is known to have visited countries bordering the route to Africa - Tunisia, Somaliland, and Abyssinia - but never went to India or the Orient.

Denys took up flying lessons in 1929 and in the summer of 1930 bought a Gypsy Moth airplane. In England he crashed into the tops of some trees on his brother's estate (at Haverholme?) and slightly damaged the plane, but he had it repaired before sending it out to Africa by boat. Later he entertained Karen Blixen and many friends in Kenya, including Beryl Markham, with plane rides.

In May 1931 Denys flew to his cottage at the sea near Mombasa for a few days, then returned via Voi (in the region of what is today Tsavo National Park), where he scouted for elephants from the air. With him was his Somali servant, Hamisi.

Shortly after his plane lifted off the ground the next day, May 14, 1931, the plane unexpectedly stalled. In a firey crash both Denys and his servant were killed.

Denys had lived with Karen Blixen until a few weeks before this final flight, and his remains were turned over to her. In accordance with his wishes, Finch Hatton was buried in the Ngong Hills by Karen overlooking Nairobi National Park. Later, his brother erected an obelisk at the gravesite upon which he placed a simple brass plaque inscribed with Finch Hatton's name, the dates of his birth and death and an extract from Samuel Taylor Coleridge's narrative poem the Rime of the Ancient Mariner: "He prayeth well, who loveth well both man and bird and beast." According to Out of Africa, there is a memorial plaque on a footbridge at Eton. The bridge is inscribed with the words "Famous in these fields and by his many friends greatly beloved. Denys Finch Hatton 1900-1906." Later it was rumoured that lions frequently sunned themselves on the grave.

The role of Denys Finch Hatton was played by Robert Redford in the 1986 Academy Award-winning film based on Karen Blixen's memoir Out of Africa. 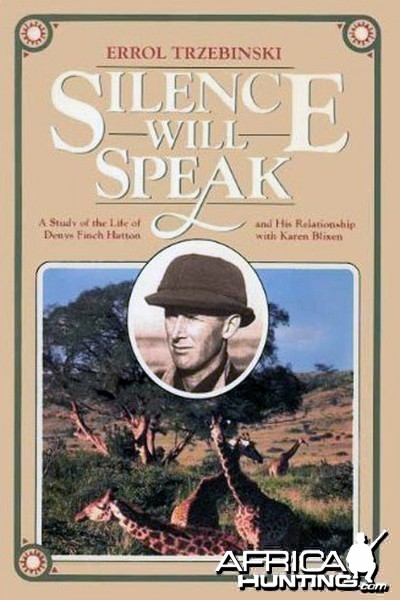 Silence Will Speak (1977) by Errol Trzebinski

Another one of the great White Hunters in Africa ...... 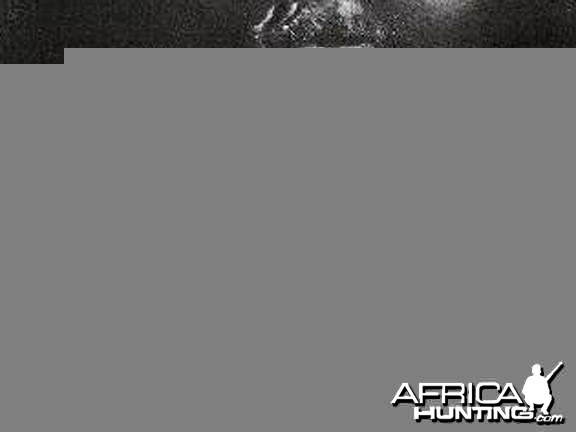 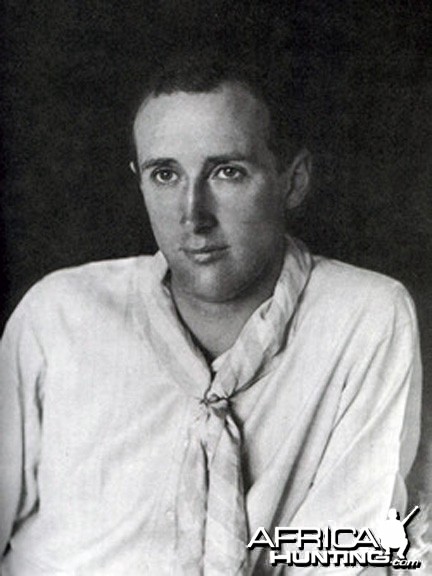 Often when working in Kenya I will grab my Bodaboda (Motorcycle) and cruise up to Hatton's grave and ponder what times were like when he roamed the great Ngong Hills. Its a little tricky to find but worth the effort if you find yourself in Nairobi. 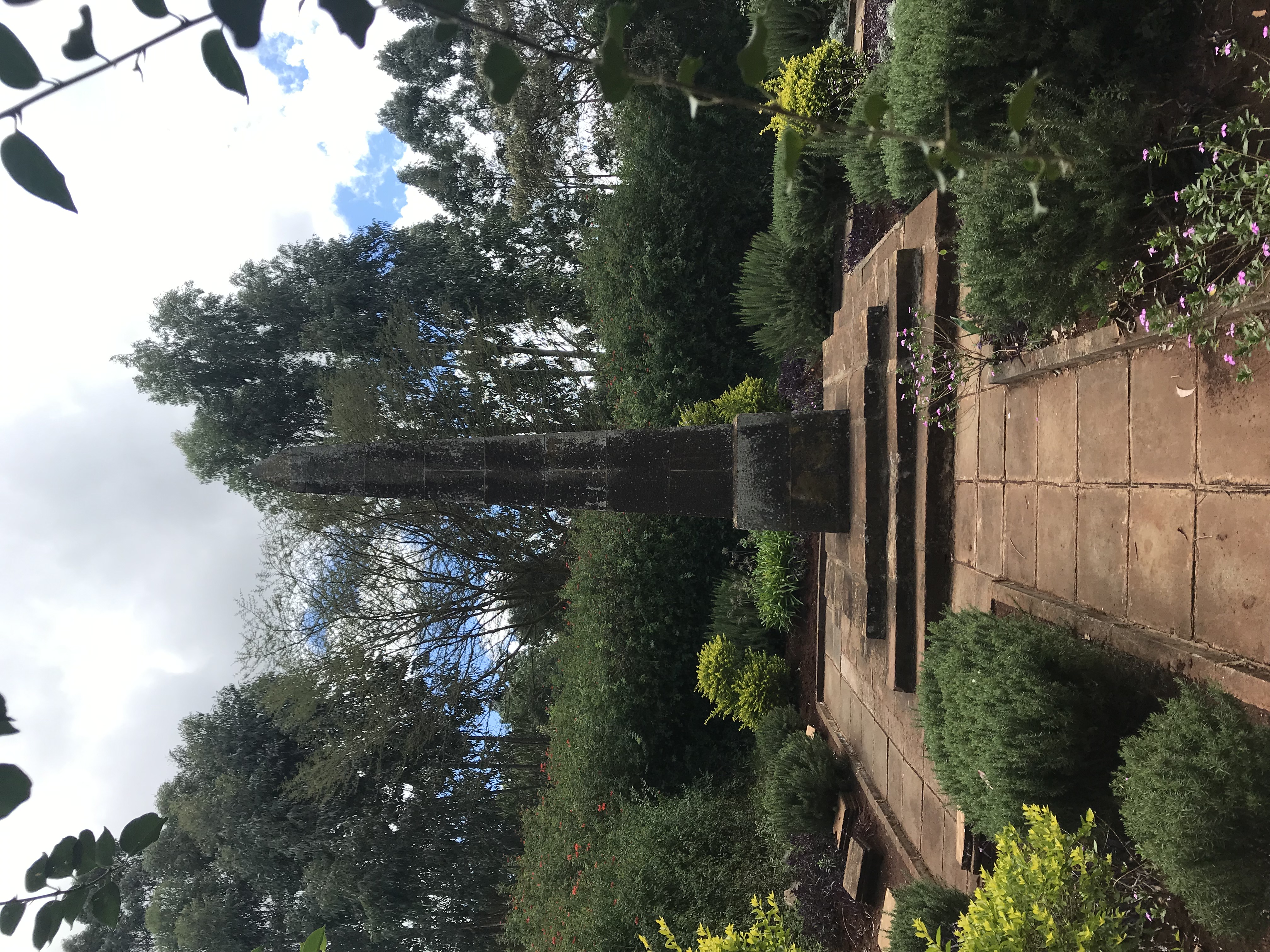