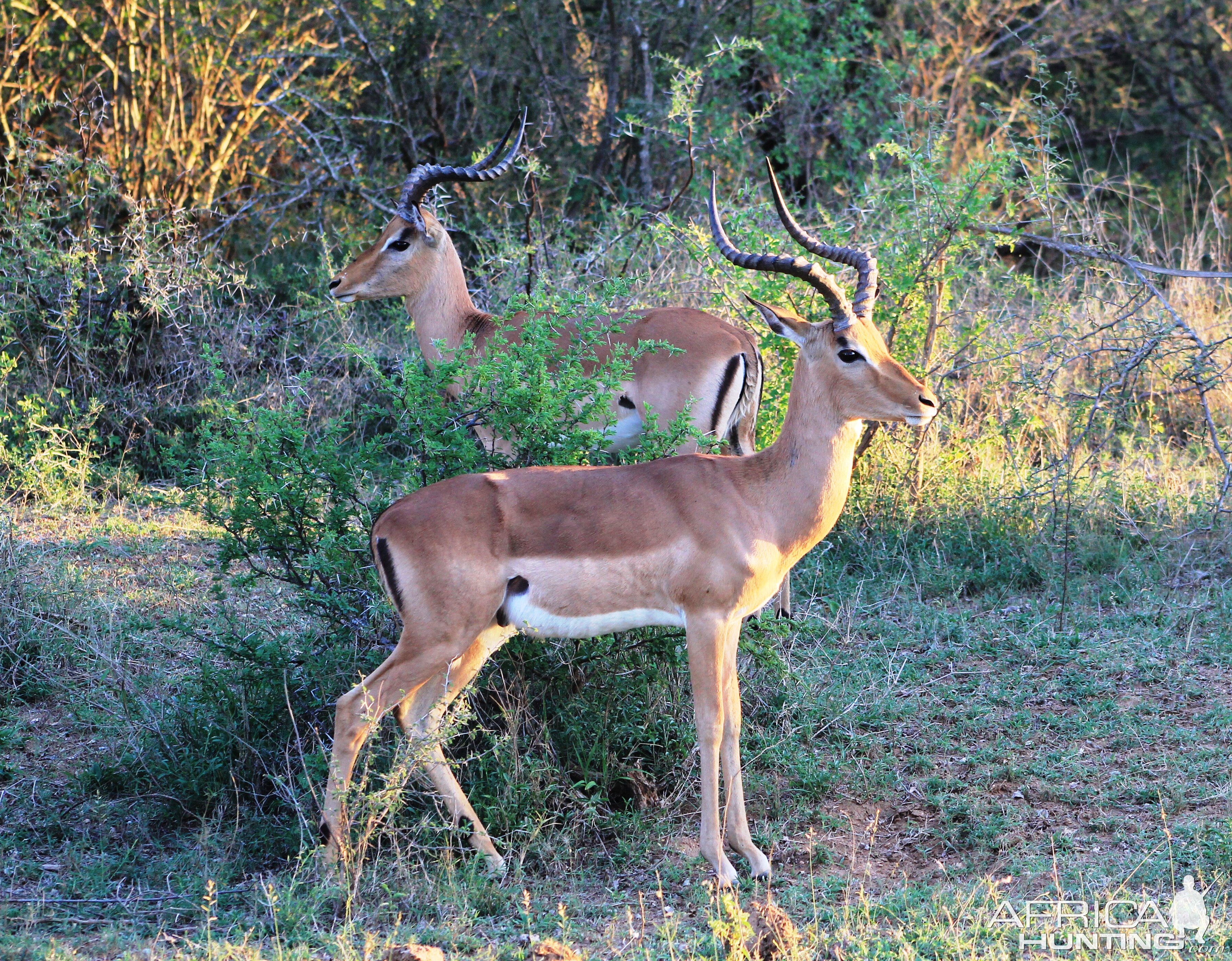 In the last ten years, worldwide meat production has increased by 20 percent. While populations in high- and middle-income countries are the primary consumers, consumption in low-income countries is growing rapidly. In fact, demand for livestock products will likely double in sub-Saharan Africa from 200 kilocalories per person per day in 2000 to some 400 kilocalories by 2050.

Let’s be clear, an increase in protein consumption is generally needed in sub-Saharan Africa. Kwashiorkor -- a condition resulting mainly from protein/calorie imbalance -- is still rife in parts of Africa, with many areas consuming animal protein far below recommended levels.

In moderation, meat can be an excellent source of protein as well as other nutrients such as iron, zinc, and vitamins B3, B6, and B12. However, there will be an environmental cost to providing adequate levels of protein through meat production in sub-Saharan Africa.

Impala as a source of protein?

Is wildlife ranching a more sustainable solution than cattle farming?
To answer this, a quick look at the ‘the protein system’ is needed. This system comprises the animal, plant and alternative protein industries and all their value chains. Not all protein sources are equally resource-intensive nor do they cause equally adverse environmental impacts (e.g. greenhouse gas emissions, habitat destruction, heavy water use). Raising livestock accounts for 23 percent of all global water use in agriculturewhich is about 1.15 litres of water per person per day, and much of this is driven by cattle. Over 50% of good-quality plant protein grown is fed to animals – primarily cattle – and a good proportion of wild-caught fish is also used in feed for cattle. Further, the protein system is over-dependent on soy for cattle feed, and the cultivation of soy in turn drives deforestation. And we all know about the high emissions related to cows (purportedly higher than the CO2 from all cars globally).

So cattle raising in particular does not offer much of a sustainable solution in my view for Africa. There is a second obvious reason to deprioritize cattle raising and advocate for game or wildlife ranching. That is that the conditions in many parts of the continent are simply not appropriate for beef production due to inadequate rainfall and presence of certain disease organisms. On the other hand, indigenous wild animal species have evolved in the African ecosystem and are better adapted to the prevailing conditions and are therefore more productive.

A third reason to look at wildlife ranching over cattle is financial. The feasibility and profitability of wildlife or game ranching has been amply demonstrated by a number of studies. For example, advantages of eland over cattle include faster breeding and growth, much lower water requirements, earlier maturity and ability to put on weight in conditions under which cattle lose weight. In addition, a cost-benefit analysis of maintaining a breeding herd of eland vs cattle showed that the financial returns were far superior for eland. Also, a 2007 comparative economic case study showed that switching from cattle farming to game ranching in the Northern Cape Province, South Africa, was financially viable and led to more profits.

Finally, a fourth reason to consider wildlife ranching is that it can be characterized by a compelling combination of agriculture, eco-tourism and conservation characteristics. That sounds very promising as we look to conserve lands throughout Africa. See the great graphic below which makes the case for game ranching over factory farming (source: Dr P Omerem, Contribution of Game Ranching, The New Game Rancher, Briza Publications). 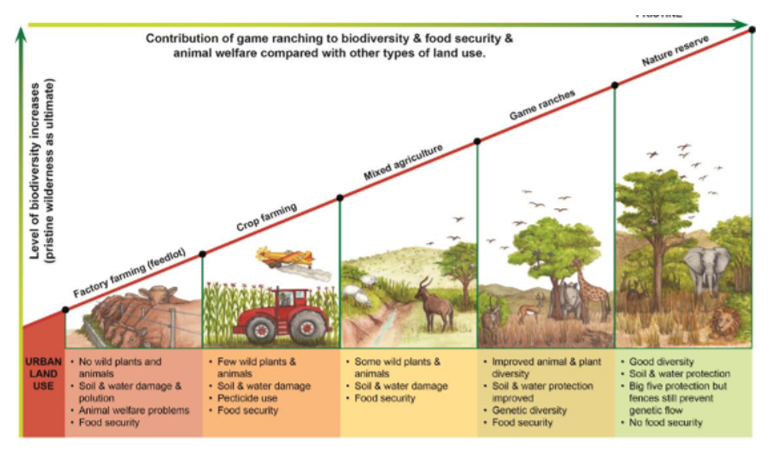 There are other possible sustainable solutions for the protein challenge in Africa, which I did not look at here. These include closing the protein waste loop, aquaculture, increasing the proportion of plant-based protein consumption with consumers, and scaling up sustainable feed innovation to meet the demand for animal protein. Also, one of the more interesting pieces of research I’ve seen recently comes from Princeton and focuses on herding cattle with zebras resulting in both species gaining more weight and being more productive.

Writing this blog highlighted for me just how little I know about this topic! However, it seems quite feasible that wildlife ranching can help contribute to food security in Africa, in a much more sustainable way than cattle. Nonetheless, the following questions remain unanswered and require further primary research:

I think we should concurrently look to foster investment into these research questions as well as the long-term commitment required to develop more sustainable solutions to Africa's protein challenge, which includes wildlife ranching.


Source: https://www.linkedin.com/pulse/where-beef-wildlife-ranching-part-sustainable-protein-greg-s-garrett/
Last edited by a moderator: Jan 3, 2018
You must log in or register to reply here.

R
Survival Of Sustainable Use