As I departed my home in Austin for the 2.5hr drive to Junction Texas for my first ever Axis hunt, I thought about how long ago this hunt should have taken place, as this hunt like so many hunts around the world was postponed time and time again because of COVID concerns and the scheduling nightmares that came from it.

After escaping the constant gridlock traffic of Austin, I soon realized that I was feeling something that had been absent in my life for quite some time……. The anticipation of hunting a new quarry in an unfamiliar area!

While driving west I pass the gates of large hunting ranches surrounded by high fences with loads of game grazing in pastures; while I have no aversion to hunting on high fenced ranches, I did feel fortunate that the upcoming hunt would be for free range Axis deer.

After arriving at the ranch and being greeted by the owner Matt and his wife we got me settled into the guest house and headed out for the evening hunt and not long after getting into the blind, whitetail deer were the first to show up followed by Axis deer and I was taken aback by how alert and weary the Axis deer were compared to the ones I had been around on various high fenced ranches.

I lost count at 12 Axis (3 bucks & 9 doe) before the wind changed just before dark and our hunt was over for the evening, and the one thing that lodged in my mind was just how LONG & COMPLETELY STILL the male Axis deer will stand motionless (like a statue) watching the other deer in the open until deciding to leave the edge of cover and come into full view.

The following morning with temperature just below freezing and in the blind well before sun rise and as the sun rises deer are starting to move, we see many doe and fawns with a couple of good bucks mixed in and then he appears, a mature buck in his prime with main beams well over 30”, I reach for my rifle as he walks calmly behind brush 150yds away and disappear; minutes passed like hours until he finally emerged from the brush walking head on at us until finally stopping and turning ever so slightly and offering a steep quartering to shot at his left front shoulder at 109yds.

I steady my Ruger M77 MKII .300win with Leupold 4.5-14, crosshairs centered on his left front shoulder and squeeze. BOOM the sound of the shot instantly complemented with the WHACK sound of the 180gr. Hand loaded Hornady BTSP making contact. Through the scope I can see the bucks body shudder/shake upon impact. I then see him take off to the left and I lose sight of him in the frenzy of deer running in every direction as I work the bolt of my rifle to chamber another round.

Matt – my guide and owner of the ranch assured me it was a good shot, but as a precaution we would give it 30min before following up; which we did and upon arriving at the place where the buck was standing we looked for blood…..NOTHING! – couldn’t find a drop and at that point I’m starting to get nervous and replaying the events in my mind while keeping my eyes focused on the ground for blood, when I hear the welcome words..... 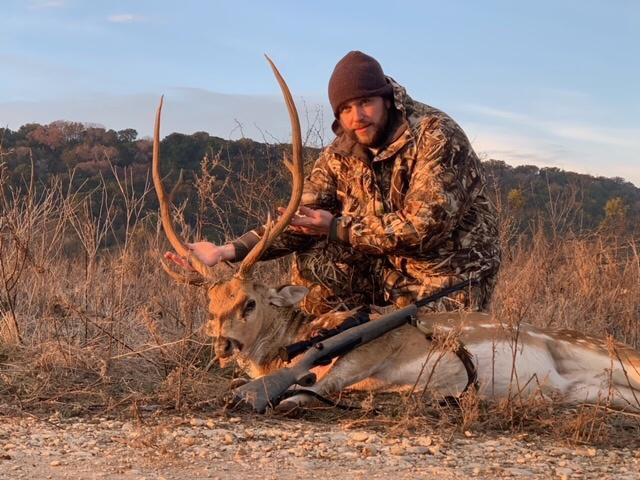 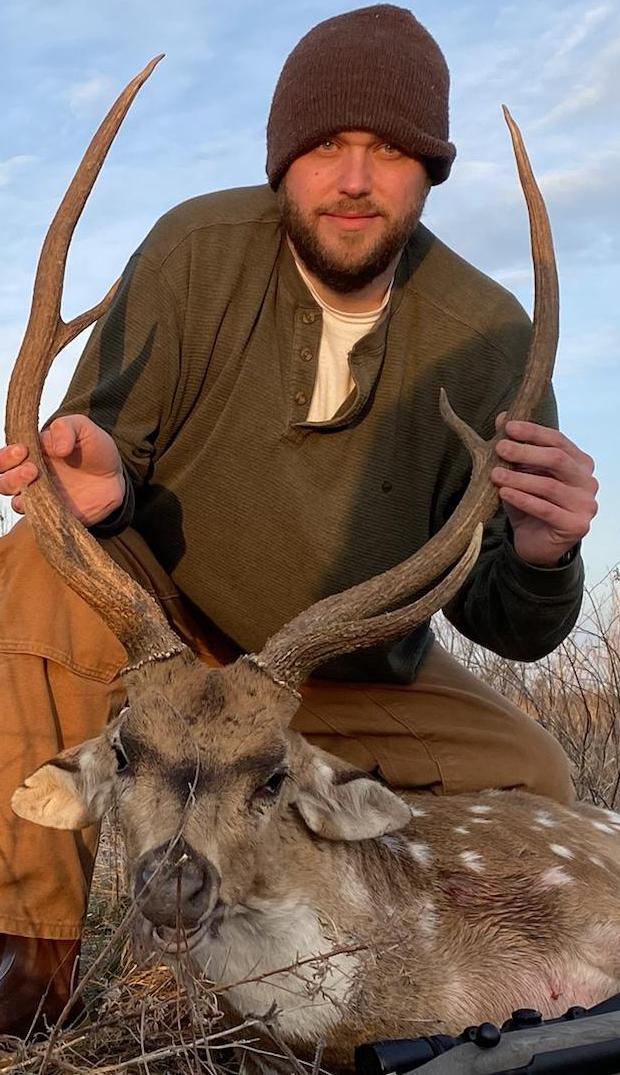 Bullet was recovered just under the skin on the opposite flank and weighed 71.5gr 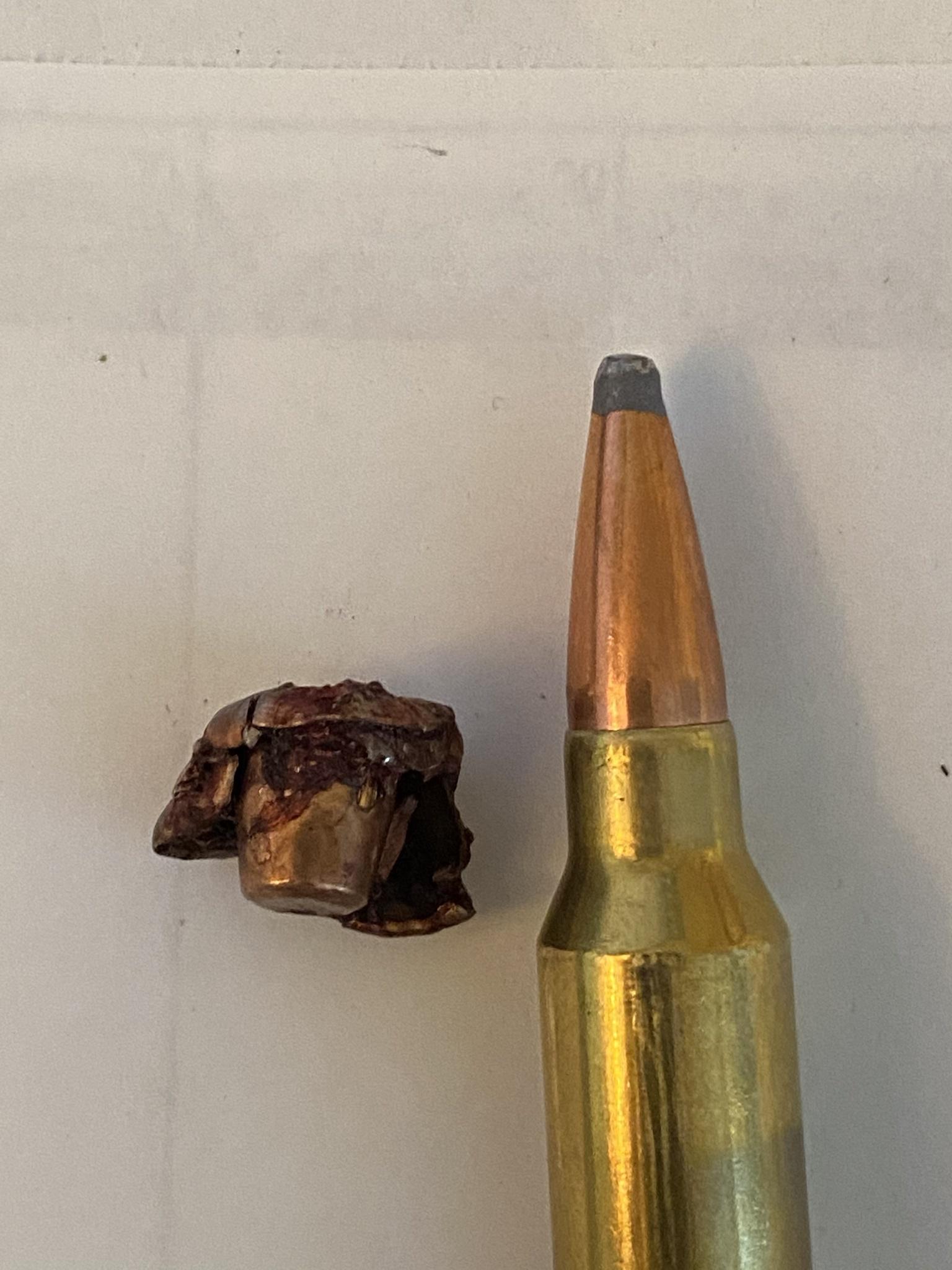 That evening we went out pig hunting followed the enjoyment of a stiff drink while watching Matt and Shannon make the best pizzas of my life! 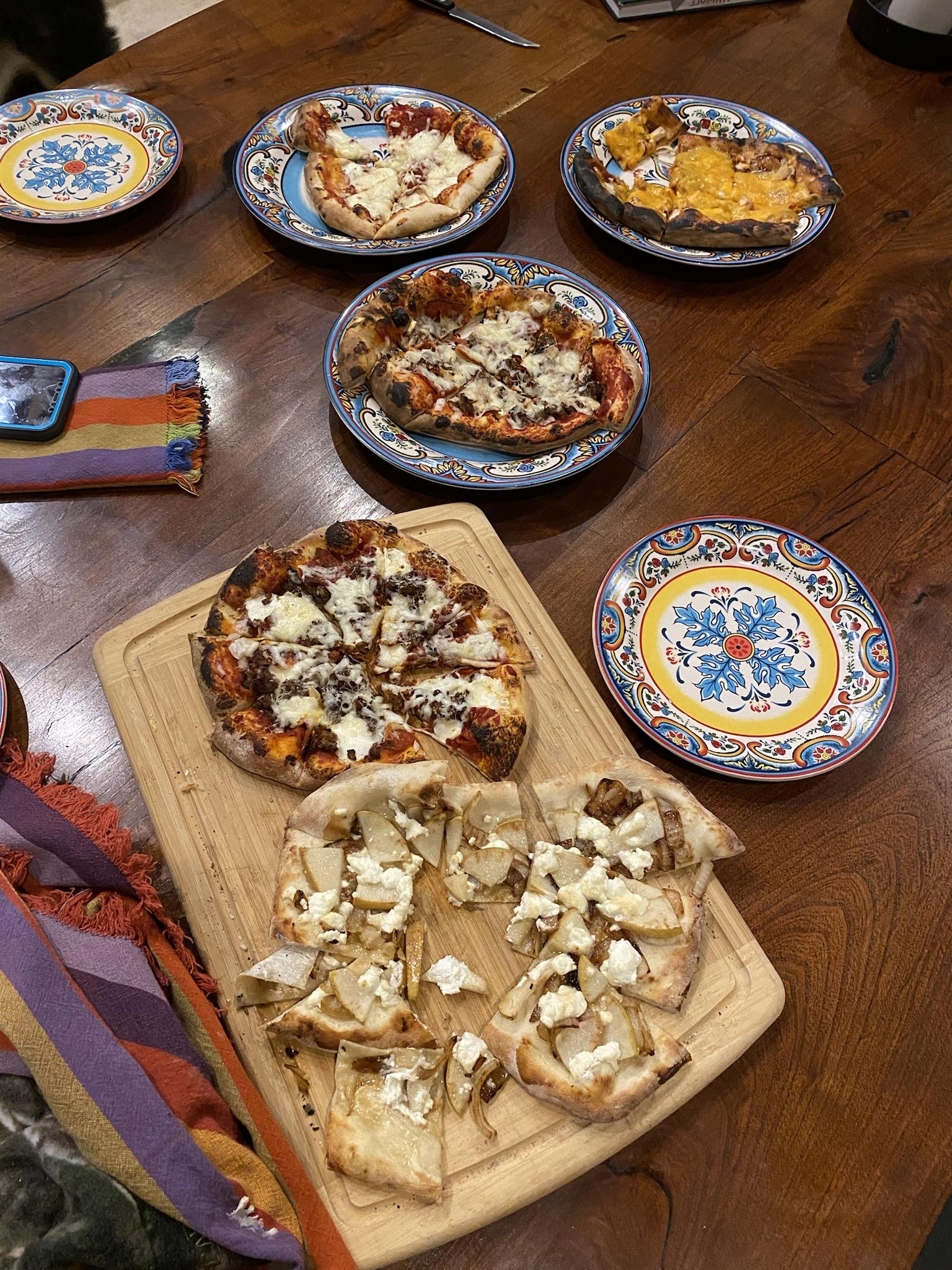 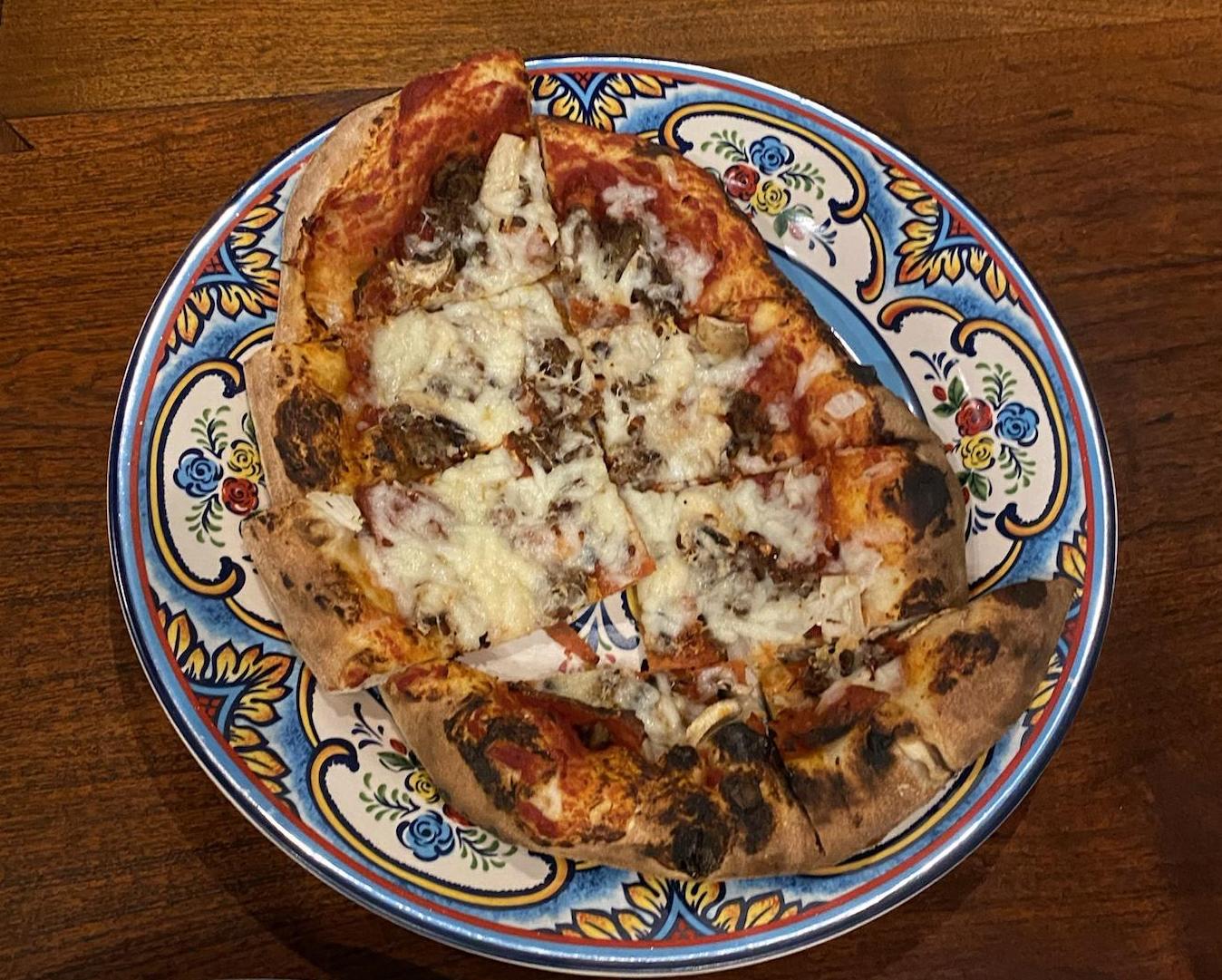 Congrats on your successful hunt.
Bruce

Glad you had fun! I told you they are pretty wary free range- glad we got a good one — Next time I am gonna take it a little easier on the celebration!
Ill get you out here when the pigs show up en masse and we can try to whack em with big guns off sticks —I want to see that new 416 eat!
Deewayne is a pleasure to have in camp!
We are not a commercial operation, this was a buddy deal as are all hunts on my place— we met on the forums and traded some guns, Deewayne has been helping me get my reloading kit together and I invited him out because he has been so helpful and as a further inducement for the rifle I traded for. win-win!
Last edited: Feb 1, 2021

Glad you had a good hunt. I hunted these free range for first time in 2020 and thought it was a great hunt too. Just got the mount back 2 weeks ago and it’s stunning.

Nice axis buck and better on the table. Hunting axis is fun stuff.

I certainly did have fun Matt; and the fine dining continues again with Axis kabobs.

Season 1/2" thick pieces of Axis meat with sea salt, olive oil, cracked pepper, garlic and dried onion then place a slice of jalapeno pepper between 2 pieces of meat and wrap in bacon and stack on bamboo sticks. 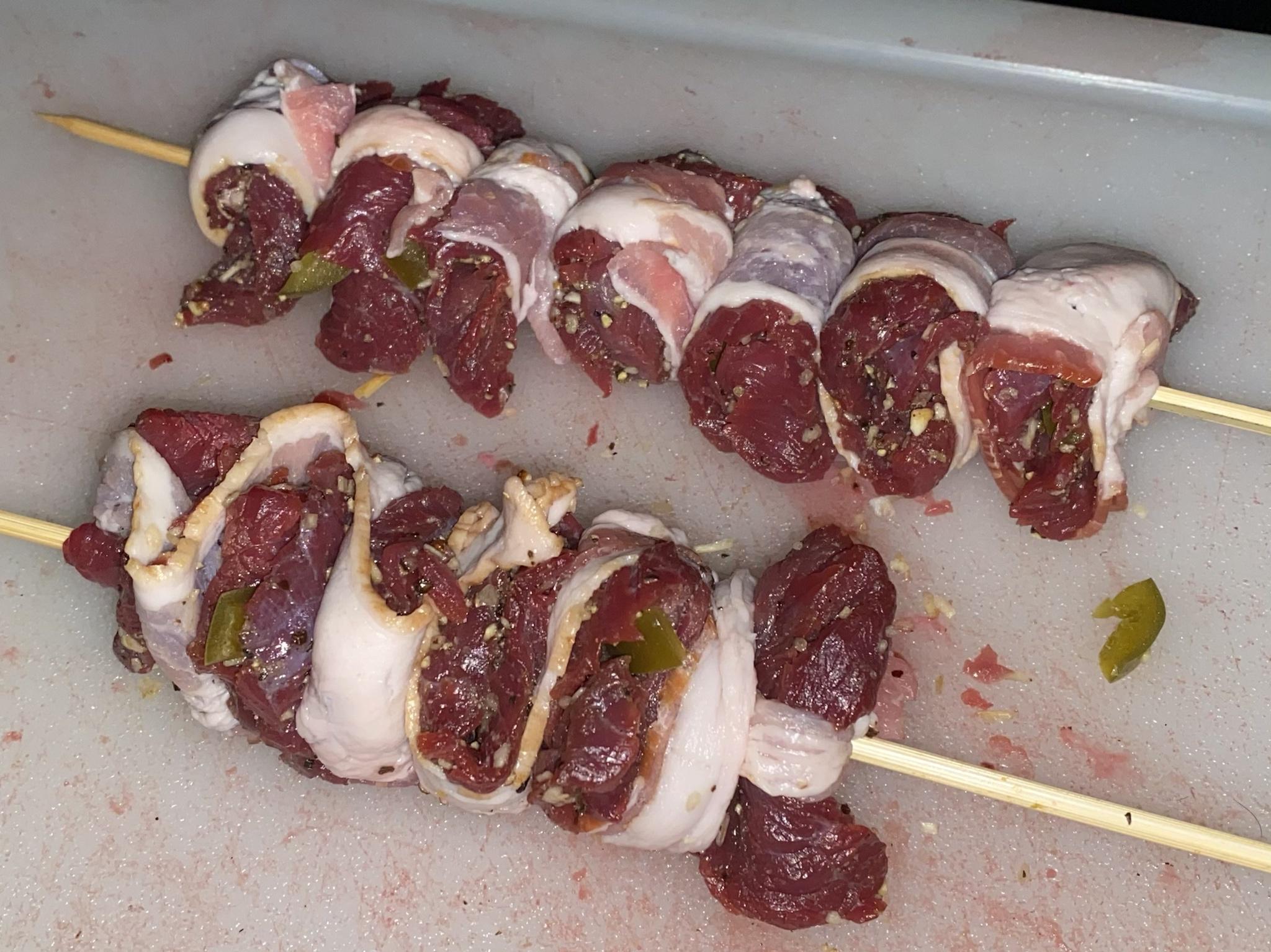 Grill over high flame for 2-3min just to sear the outside, then move to top rock of grill and reduce heat to low and allow to cook for 15-20 min. 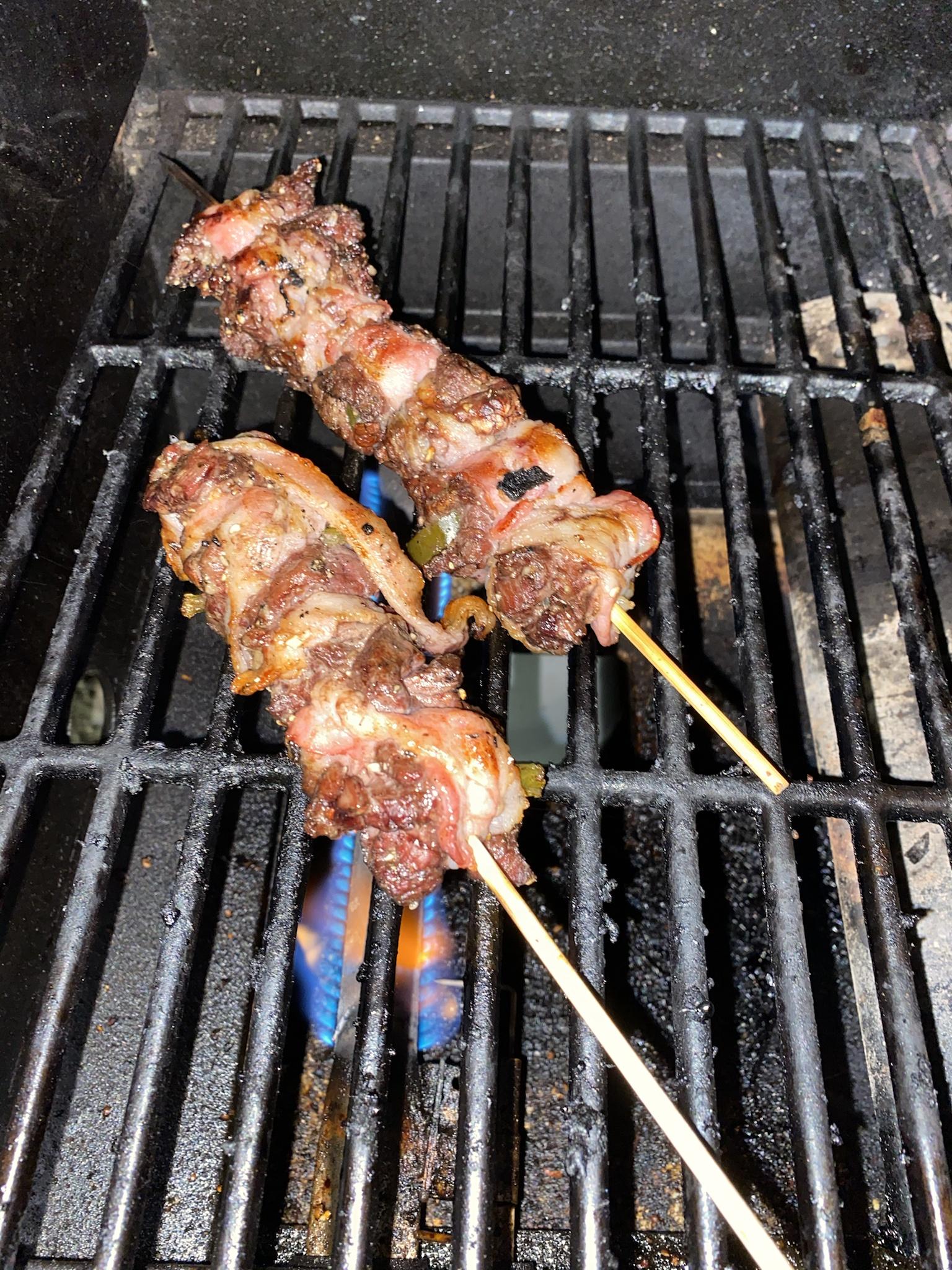 Serve as an appetizer or over rice with vegetables 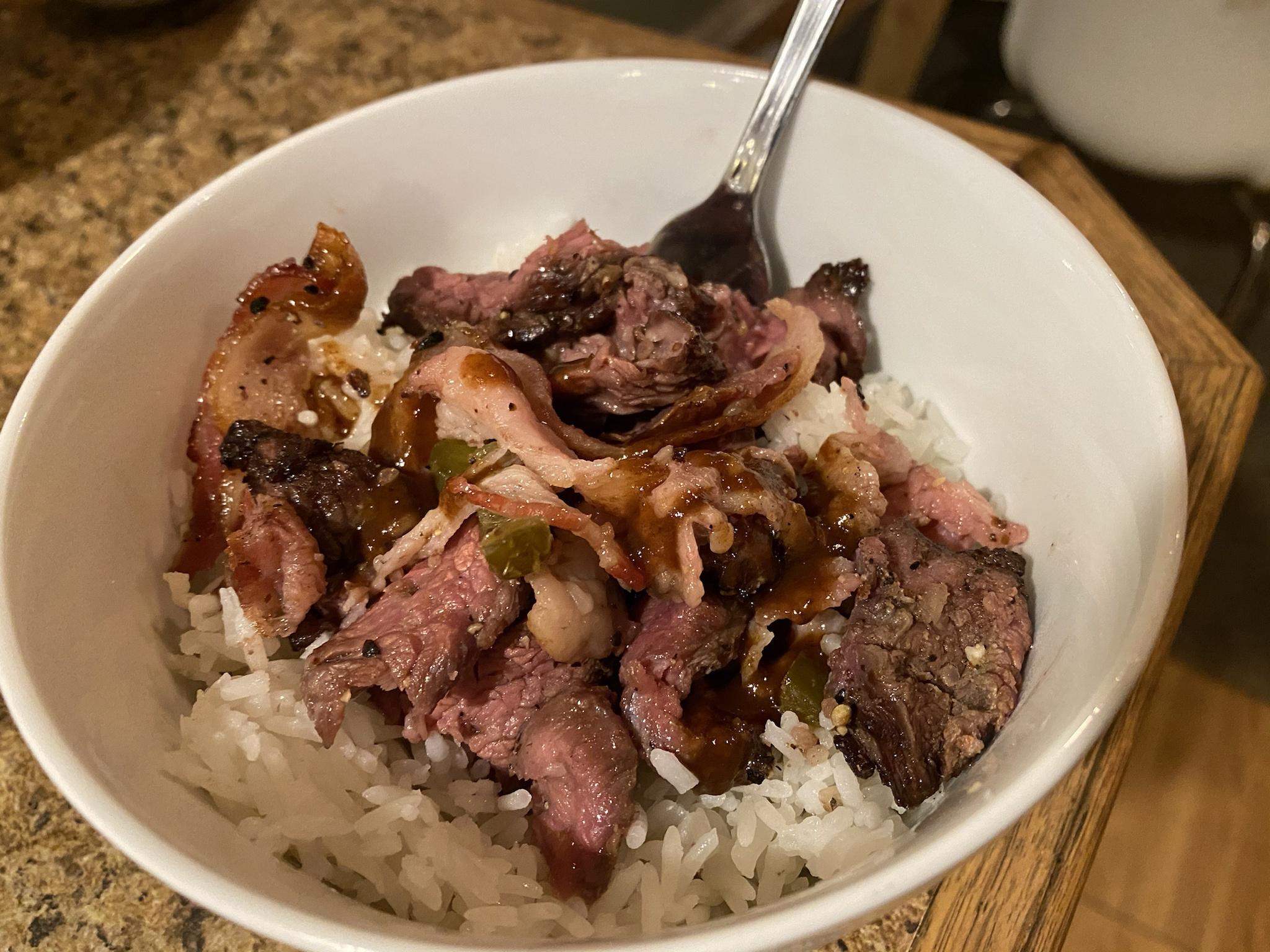 Last edited by a moderator: Feb 2, 2021
You must log in or register to reply here.