The Importance Of Lion Hunting In Zimbabwe

Media outlets are reporting that “Xanda,” a six-year-old African lion and the alleged “son” of “Cecil,” was recently killed in a lawful tourist hunt in northwestern Zimbabwe. The reports are inconsistent and biased. Most of all, they ignore the critical conservation role that regulated hunting plays in Zimbabwe. The facts below emphasize the importance of lion hunting as a conservation tool in Zimbabwe and other lion range states. 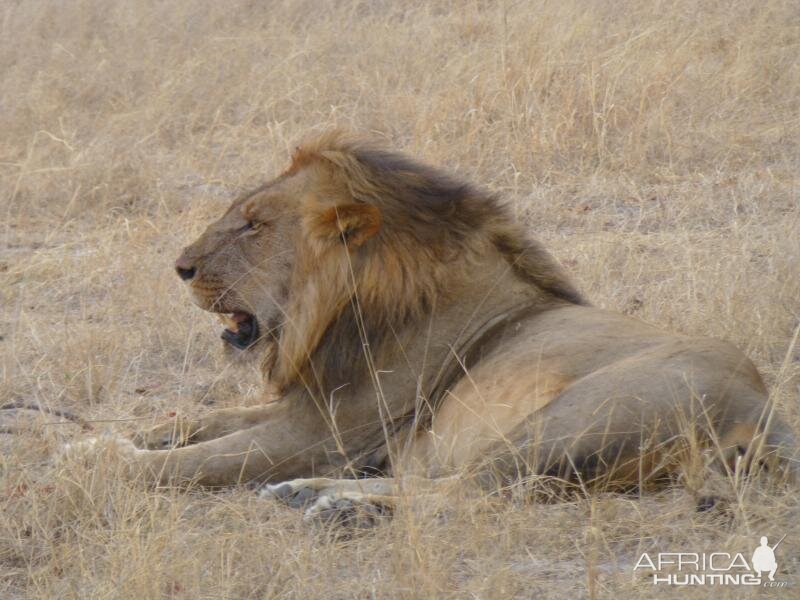 Wildlife Authority Revenue: Regulated hunting contributes significant operating revenues to the wildlife authorities of range nations like Zimbabwe. These revenues payfor for law enforcement, monitoring, and other conservation activities. Hunting fees in Zimbabwe cover most of the authority’s operating expense. Under the current quota, lion fees alone can underwrite the protection of over 18,000 km2, two-thirds of the National Parks. In other African countries, hunting fees make up between 30% and 80% of the wildlife authority’s operating budget.

Anti-Poaching: Many hunting operators maintain their own anti-poaching teams to support government enforcement efforts. This spreads the costs of law enforcement between the public and private sectors and reduces the burden on underresourcedgovernments. According to a study of 18 hunting operators in Zimbabwe, 26% of company staff were engaged in law enforcement. Similarly, a study of 27 operators in Tanzania found they expended over $6.7 million in anti-poaching from 2013 to 2015 and conducted a total of 7,170 patrol days in that period.

Community Tolerance: Regulated hunting increases the tolerance of rural communities living side-by-side with dangerous game like lion by generating tangible benefits, which improve community livelihoods. The CAMPFIRE program in Zimbabwe devolves control of wildlife on communal lands to rural district councils. These councils contract with safari operators and benefit from the fees paid for lion, elephant, and other hunts. At least 55% of these fees are deposited directly in village bank accounts. Another 41% goes to the district councils for community services.
Communities receive other benefits, such as consolation payments, infrastructure project funding, game meat distributions, and employment. This system creates value for species that otherwise face retaliation because they prey upon livestock (e.g., lion and leopard) or raid crops (e.g., elephant and buffalo). (Given these benefits, traditional leaders (chiefs) and CAMPFIRE representatives have spoken out against import restrictions on hunting trophies and calls to ban hunting by some international NGOs and misinformed media.)

Conclusion: Regulated hunting is essential to Zimbabwe’s wildlife management and conservation system. This system is working. A 2016 IUCN Red List assessment of African lion concluded that Zimbabwe is one of four range states with an increasing lion population. This is an amazing achievement given Zimbabwe’s rapidly growing human population and high human population density (26). Hunting takes place across a wide range of land, and in marginalized areas that are simply not appropriate for photographic tourism. If that land is to remain as habitat, there must an incentive for the rural people who would otherwise use it for farming and livestock. Hunting offtakes are low—only 33 lions hunted in 2016—but the incentives are high. This carefully designed sustainable use based system is about the best there is.
John J. Jackson, III
Conservation Force - A Force For Wildlife Conservation, Wild Places And Our Way Of Life
cf@conservationforce.org
www.conservationforce.org
Donations - We sincerely thank you for your continued support

Thanks for sharing
John 3:16

Thank you for sharing.
Tommorow is promised to no one. Go live your dreams.

I imagine that participating lion hunters from the USA have dropped off because of the import ban. Not sure what effect this ban has on conservation dollars. I read one of the newsletters from CMS safaris in Zim. They stated that there are too many Lions in the Dande concessions of thr Zambezi Valley. Hopefully USFWS will eventually see the light, and reverse the import ban.

When the "wisdom" of the USFW learns that WE hunters in the US are the ones that support worldwide conservation, then a great big lift will come on, but we risk seeing horrible declines in , lion, polar bear, and elephant before that light comes on.
Ed Wright
You must log in or register to reply here.

The Importance of Wild Lions

Wildlife Conservation In Zimbabwe The Role Of The Hunting Industry