August 19, 2017 I set off for the hunt of a life time to hunt Lion in the Kalahari with De Klerk Safaris. Leaving Atlanta the sun is going down and I know 15 hours later I will be back to one of the most amazing places on earth that captured my soul on my first safari in2016. 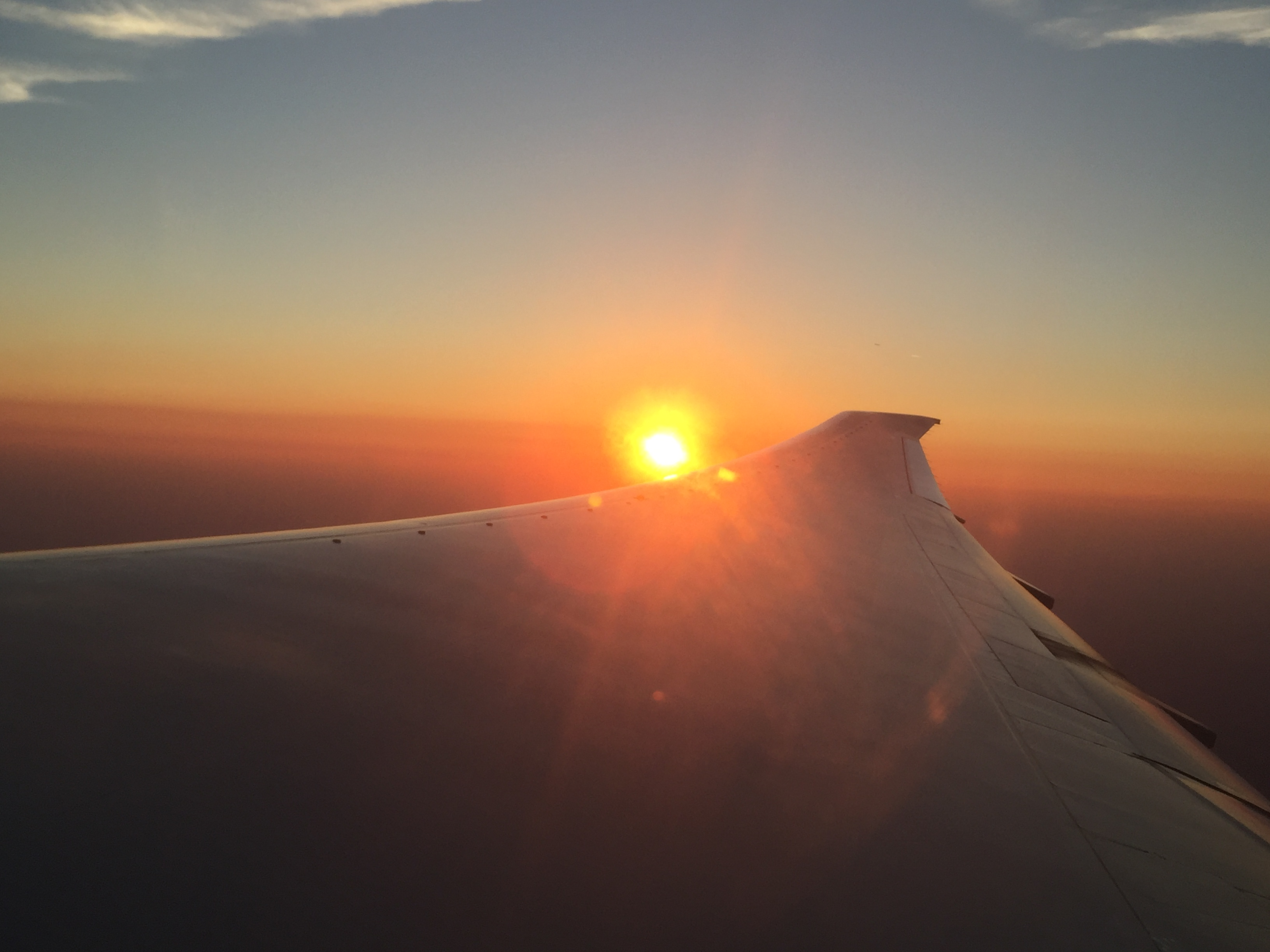 After landing we traveled to African Sky to spend the night and meet up with Hans and Marie De Klerk before our 6 hour journey to their property the next morning. I had talked with Hans extensively before committing to the safari and any concern or doubt that I ever had was quickly erased after meeting the two of them for the first time. Hans and Marie treated us like family from the minute we met them through the entire safari. They were truly great hosts and continue to be friends of ours today.

The first couple of days were spent looking for lion tracks and enjoying the spectacular scenery loaded with all kinds of wildlife. The giraffes really let you know how small you really are in this neighborhood. 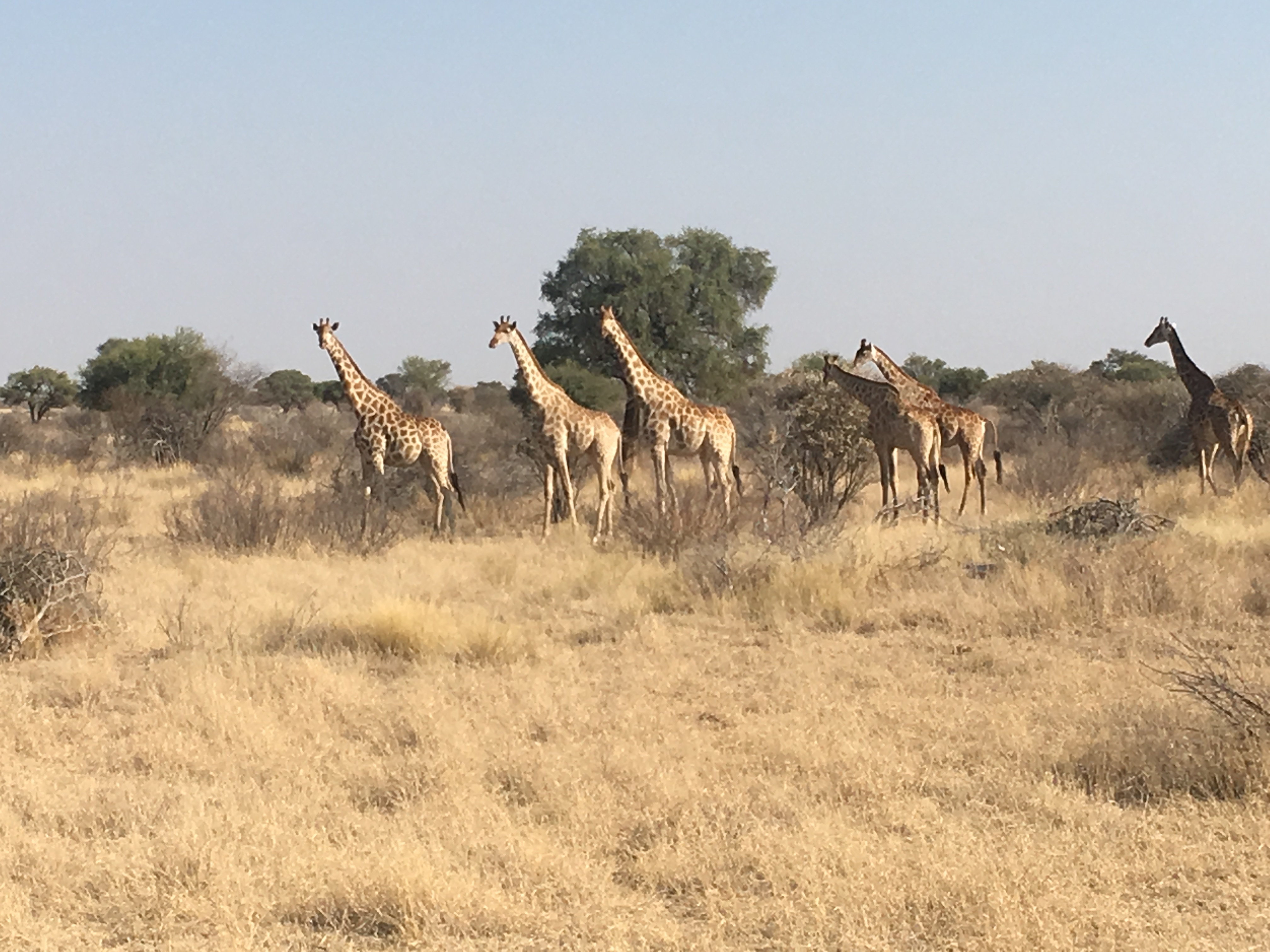 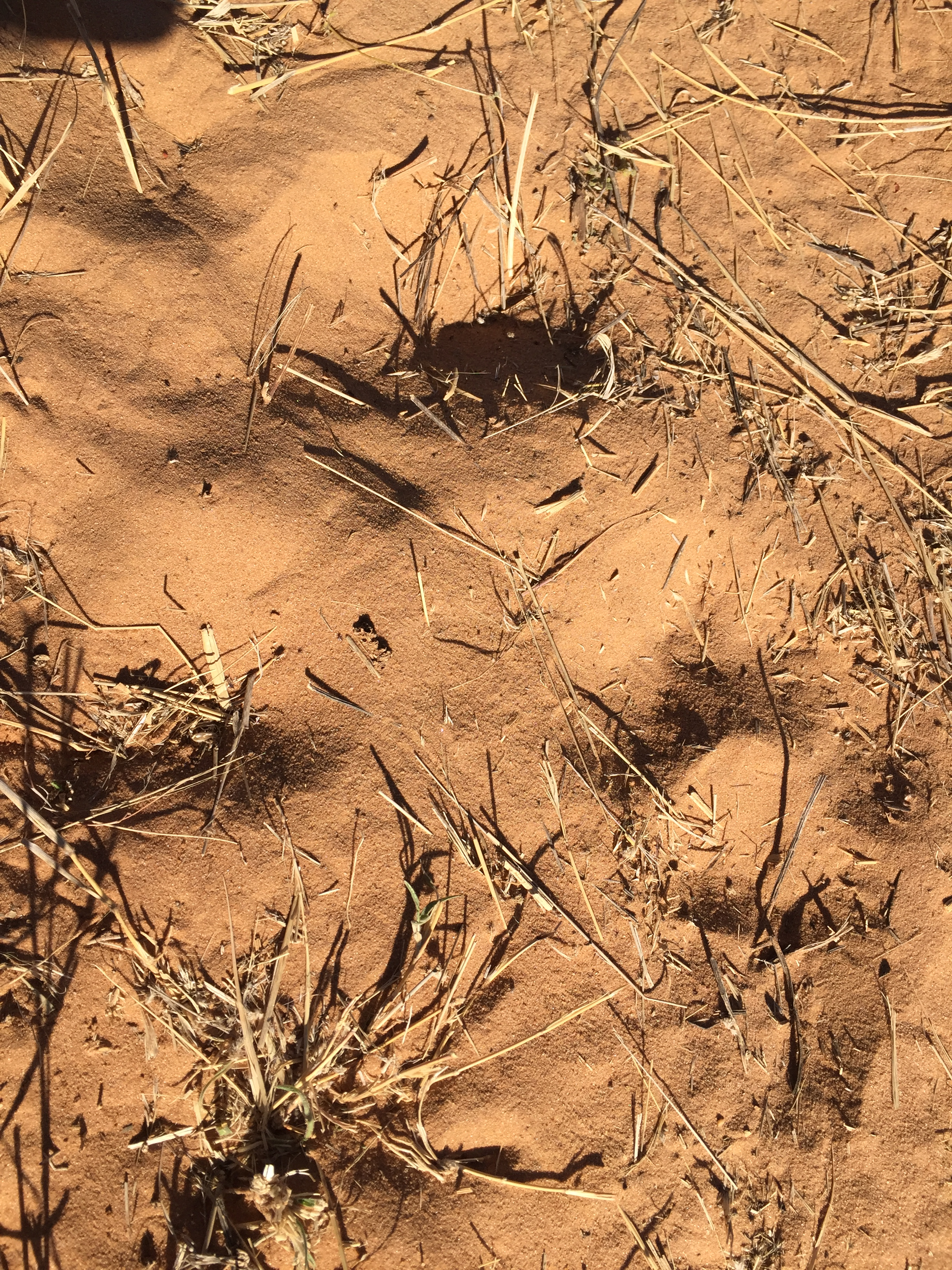 I must say at this point your nerves are on high alert, stomach a little queasy and you are praying given the opportunity you make the perfect shot. Our PH Christo Van Deventer was without question the best coach you could ask for in this situation. Christo was calm, cool and collected. He explained frame by frame the potential play out as we pursued the King of the Jungle! Looking back it was like he had a crystal ball.

We tracked the lion for about two hours and I must say Adam our tracker could track a butterfly in a snow storm. We would go from sand to waste high grass, through brush and many areas the average person would return to the truck but not these guys. Traveling through all the obstacles we finely came up on our target the majestic Lion..

As Christo put up the shooting sticks the time had come for all of this to come together. Christo took charge and very methodically gave me specific direction for lining up the perfect shot. The scope is on the lion and Christo tells me to align the crosshairs where the heavy black mane meets the skin half way down the lion. I take aim with the 375, align the crosshairs as instructed and pull the trigger. The lion jumps up from his bed and with a loud roar spins into a 360 turn and falls. I am to shoot again. I squeeze off another shot and the Lion collapses in his bed.

With Hans and Christo on each side we approach the lion to ensure he has expired. Walking up on this magnificent creature ranks at the top of the list for my hunting career. I am speechless, in awe, excited and overwhelmed that I have been blessed to be in this moment at this time. I relive this hunt almost daily and continue to be humbled when I look at the pictures I have from this hunt. 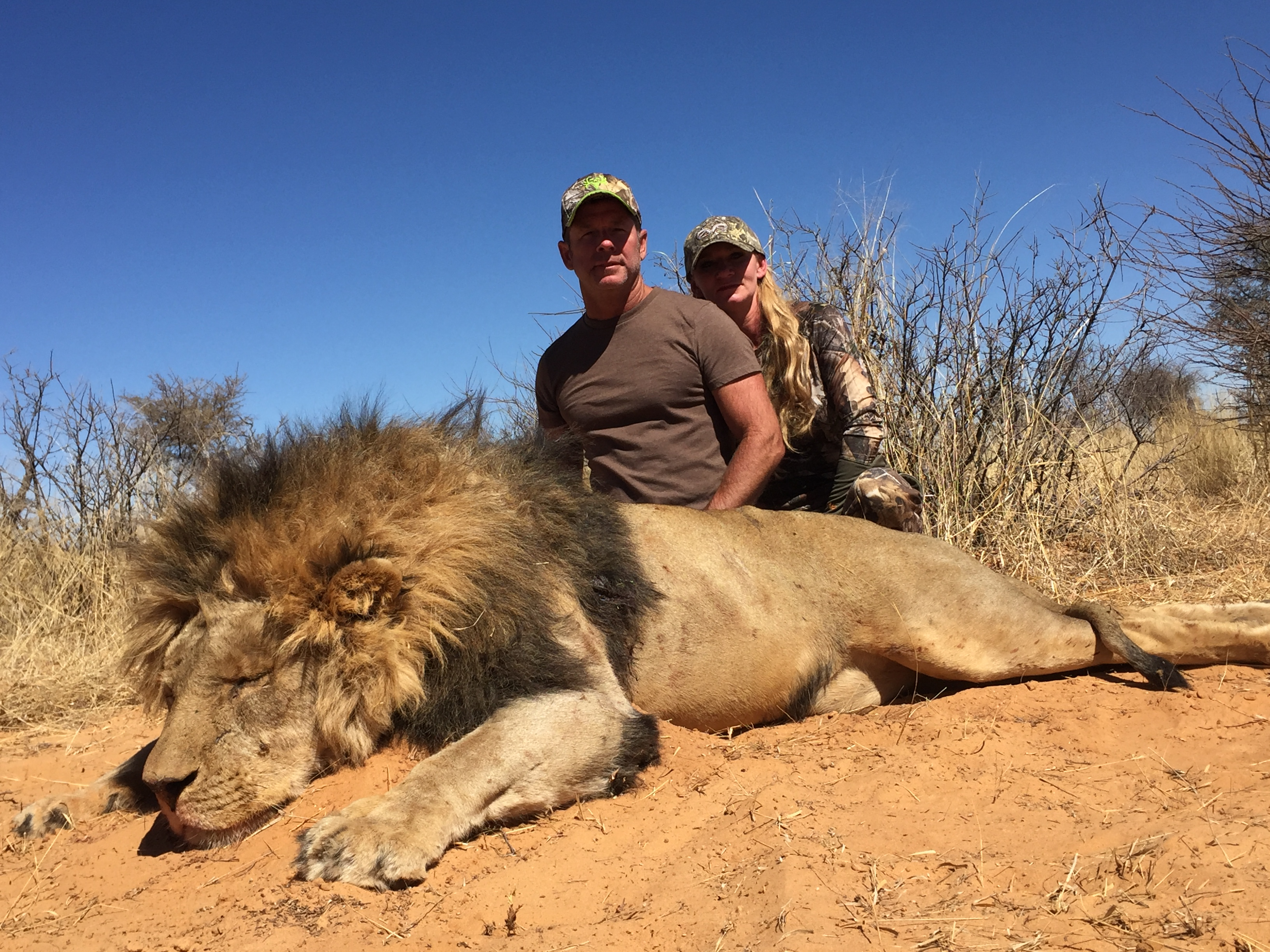 Once the lion hunt was complete I decided to hunt other species the balance of the week. We night hunted for Caracal and African Wildcat and ended up taking the largest Porcupine I have seen. 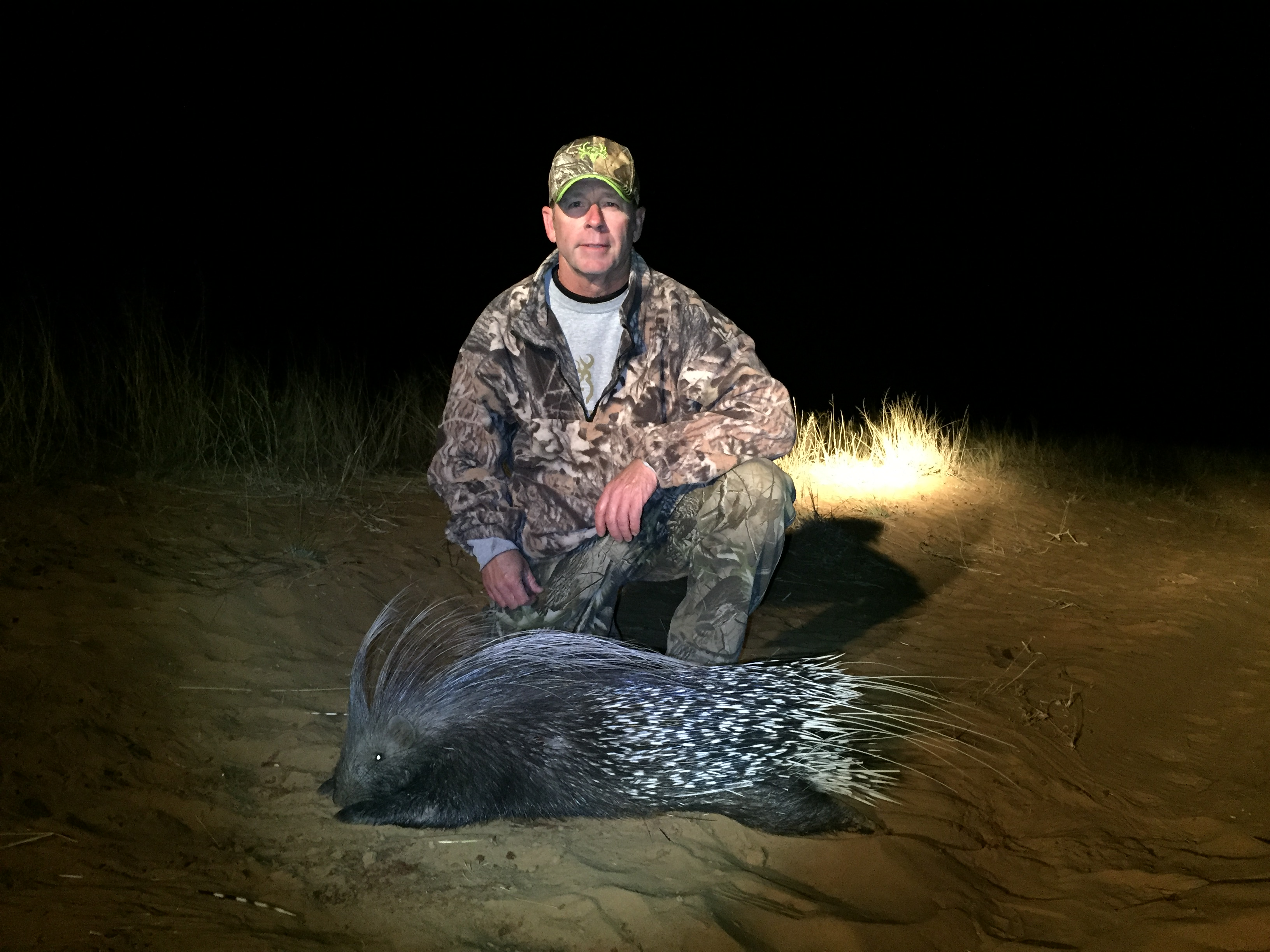 A few days later I was able to take this Impala. 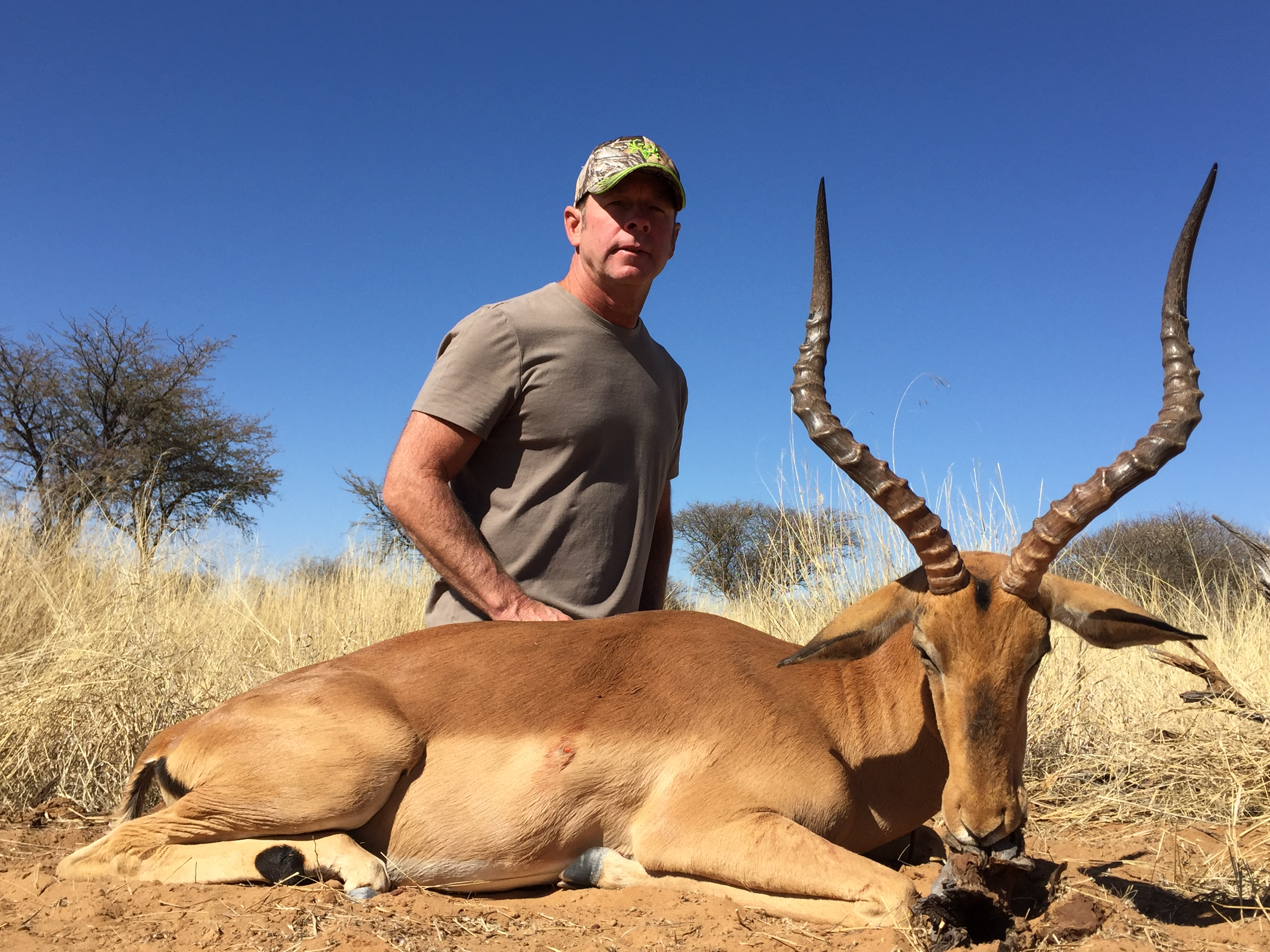 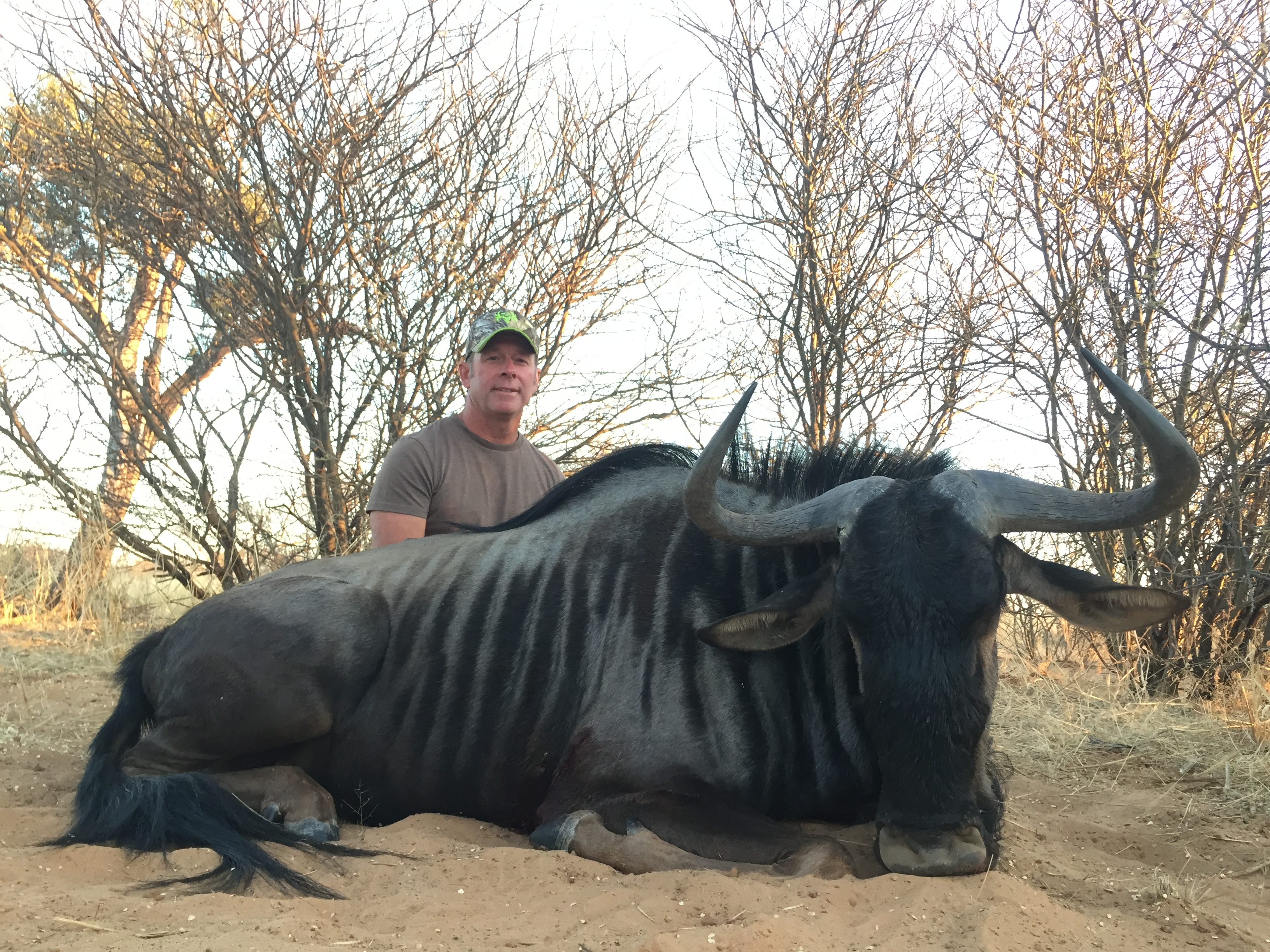 Finally scored on the African Wildcat 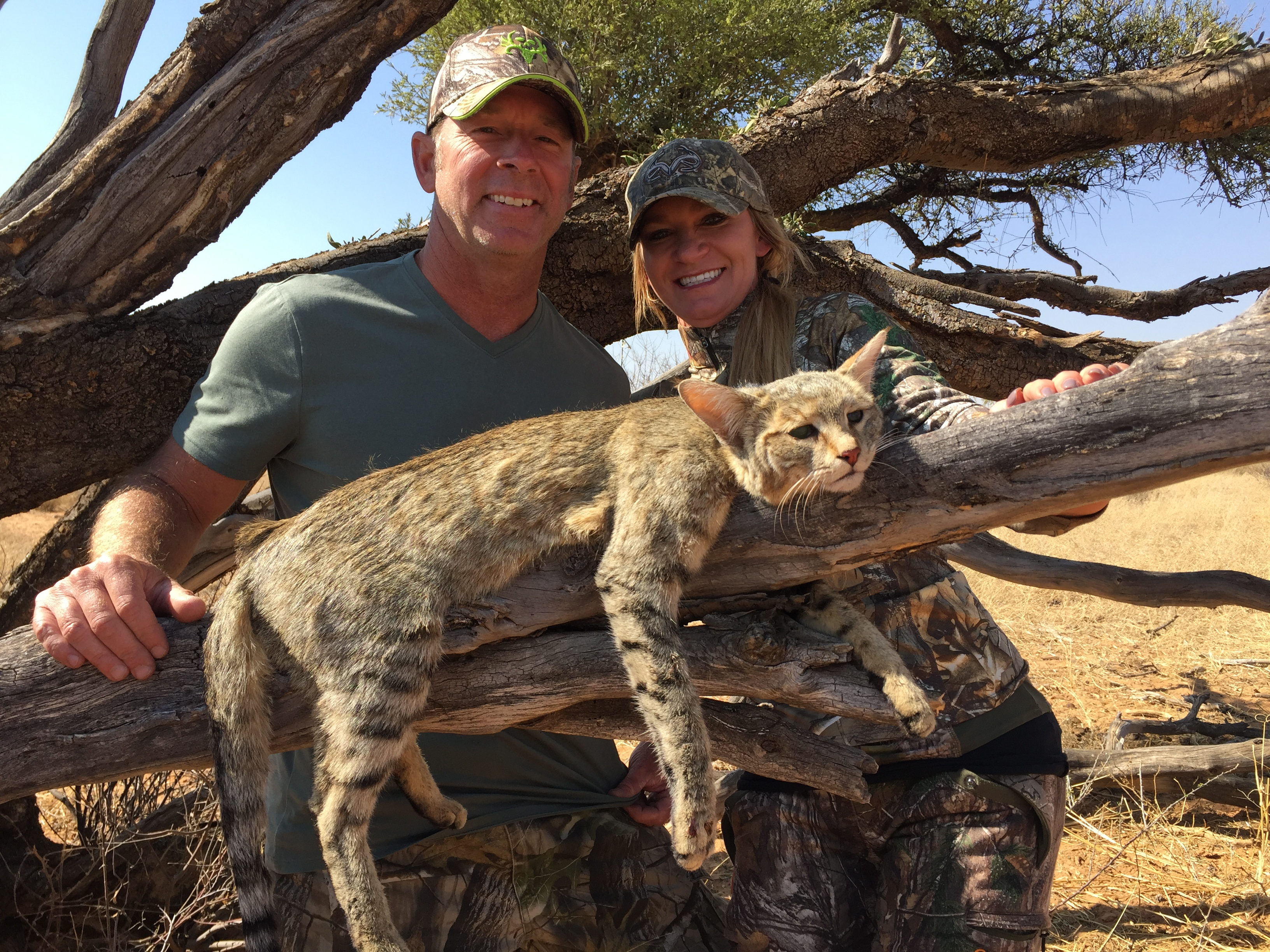 I finished up the safari with a beautiful Red Hartebeest 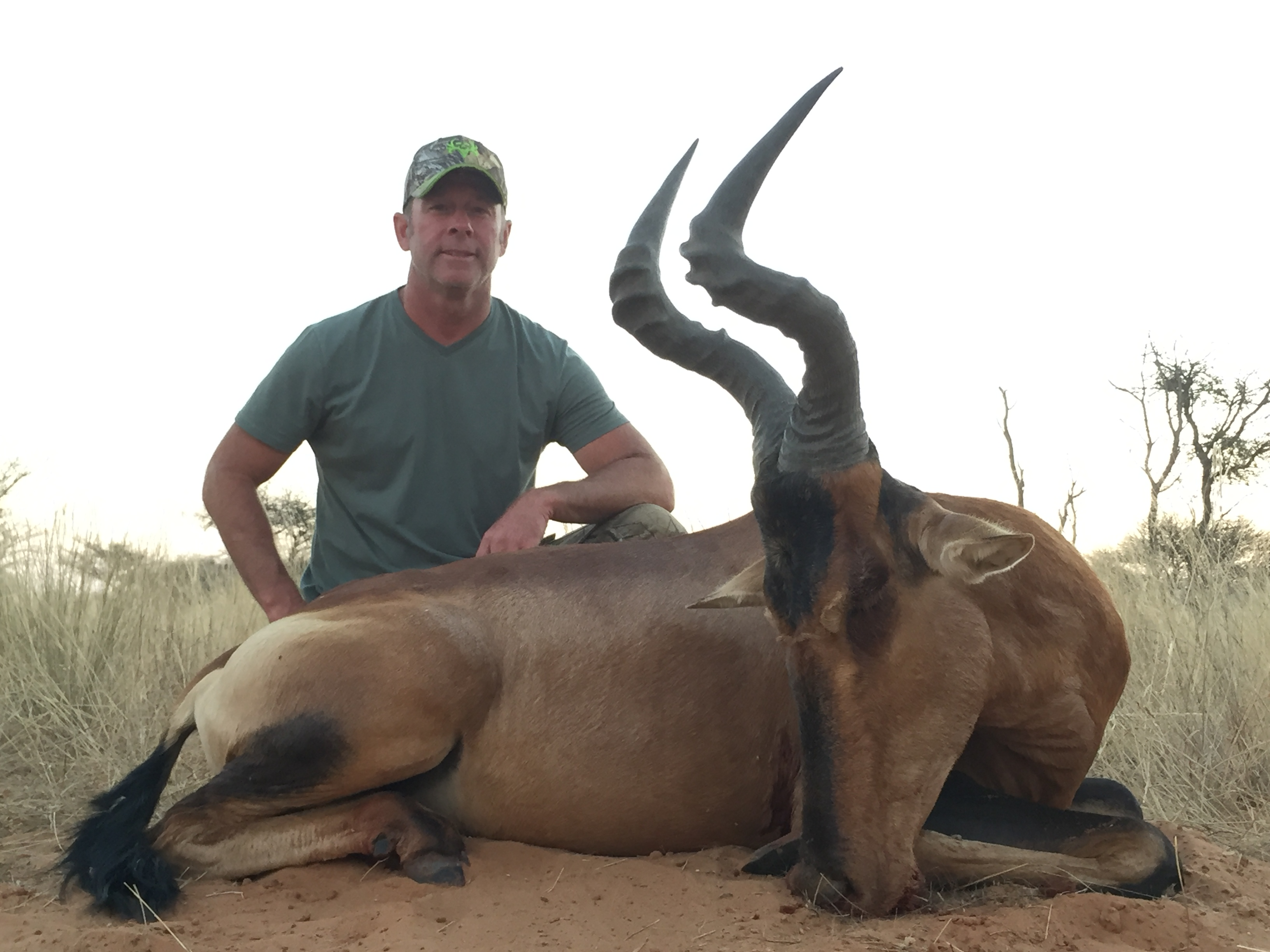 I can't say enough about the hospitality from everyone that is part of De Klerk Safaris and would recommend anyone considering going to Africa call and talk to Hans as he will build you and your family a lifetime of memories.

Now it is time to get ready to leave July 12 to hunt Leopard in Namibia! Report to follow in August...…..

Congrats for a successful hunt !

very cool porcupine!!!
courage is not having the strength to go on; it is going on when you don't have the strength!
-Teddy Roosevelt

Great preparation for a Leopard hunt. Two cats.
Getting that Wild Cat is pretty damn fortunate. I wish you the same luck with the Leopard.

Outstanding! I’m in hopes of chasing lion in 2019.
Africa on my mind.

BRICKBURN said:
Great preparation for a Leopard hunt. Two cats.
Getting that Wild Cat is pretty damn fortunate. I wish you the same luck with the Leopard.
Click to expand...

Ridgewalker said:
Outstanding! I’m in hopes of chasing lion in 2019.
Click to expand...

If you do you should contact Hans DeKlerk as he has a terrific operation.
You must log in or register to reply here.

Hunting the Kalahari in South Africa with De Klerk Safaris